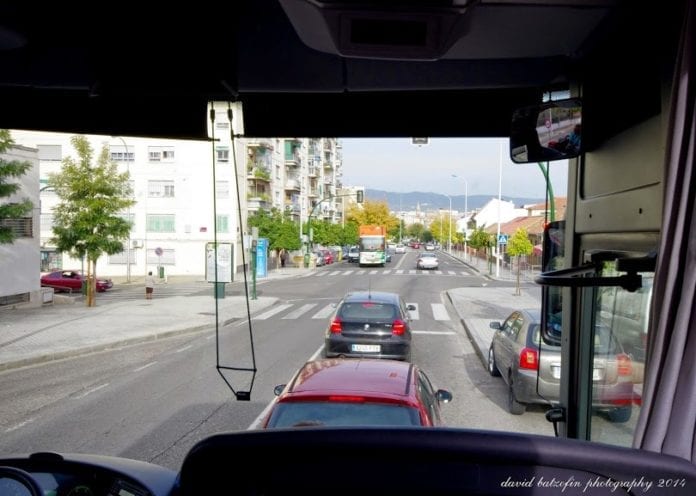 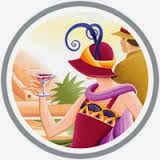 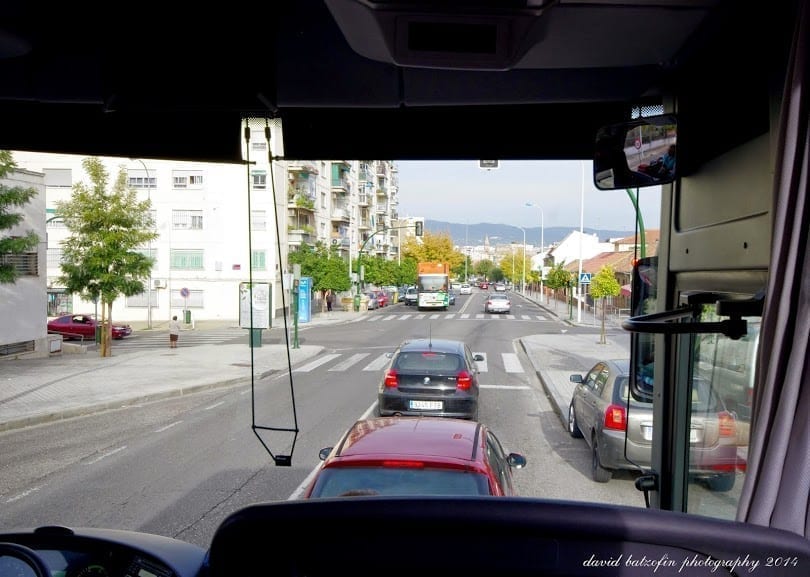 Heading out through Saturday Seville traffic,
heading for Cordoba.
An easy drive along a highway and with the business class leg room in our coach,
I was able to get in a nap while Helder, our driver, did all the “hard” work.

The old city on the left, and the new city on the right.
Aside from the road linking the two, that we were on,
there is an old Roman bridge that can be seen in the distance. 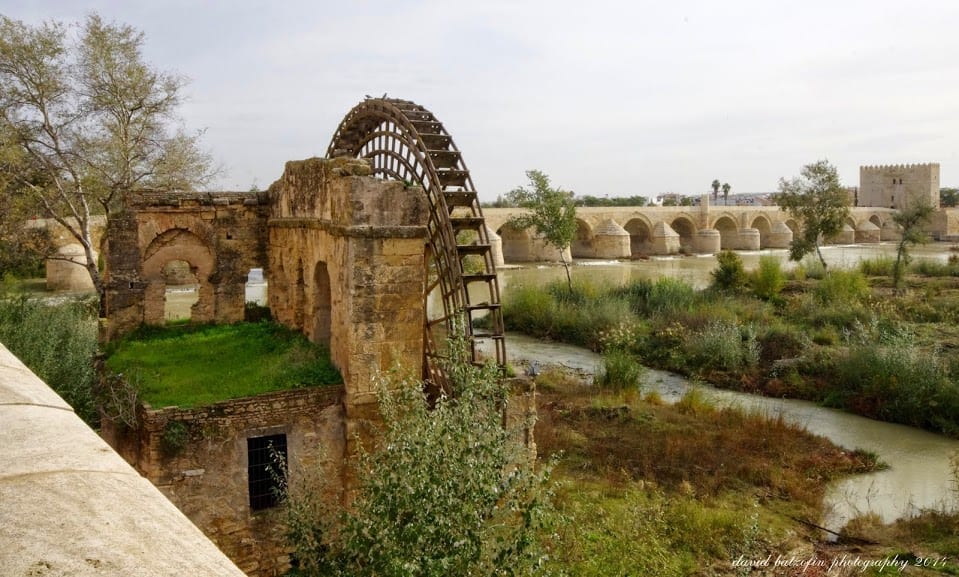 This is the Albolafia Mill,
one of 11 mills along the Guadalquivir 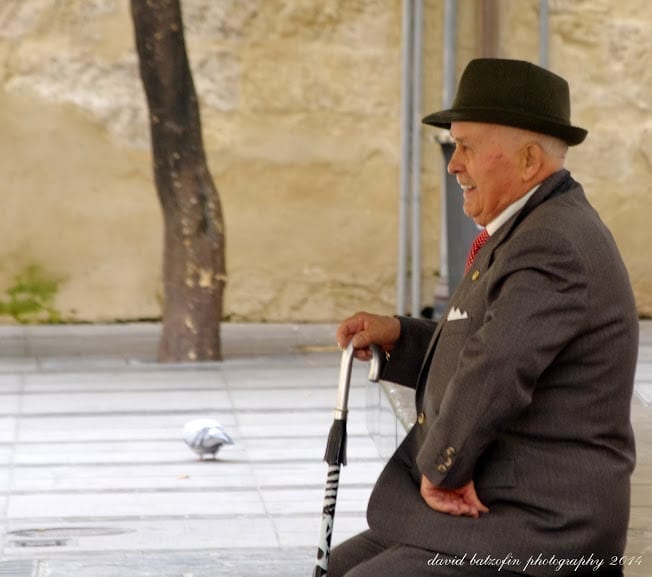 This gent, in his Sunday best, was posing  for one of the journalists in our group 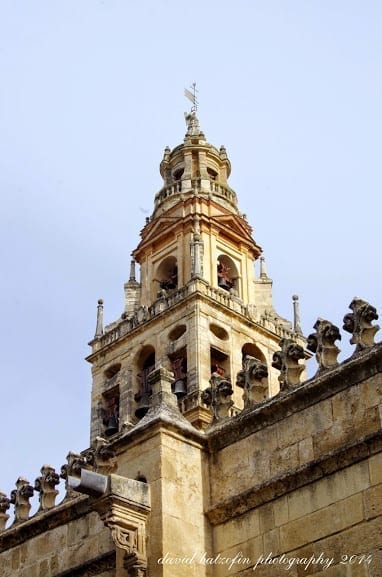 Part of the Catedral de Cordoba.
One of the most spectacular buildings I have ever visited 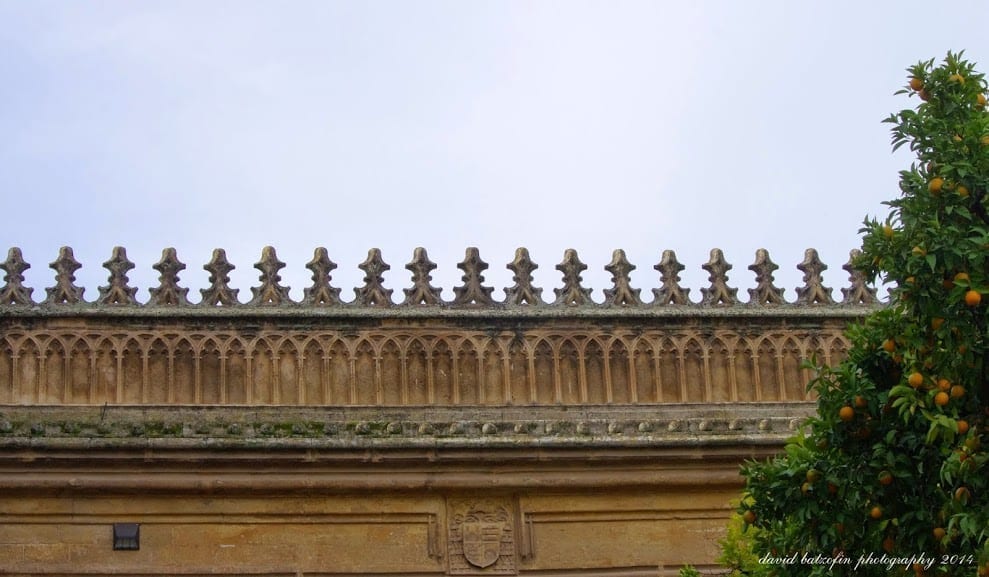 The workmanship throughout defies description.
Seeing that the designs were hand drawn and built manually.
Not a computer aided program in sight. 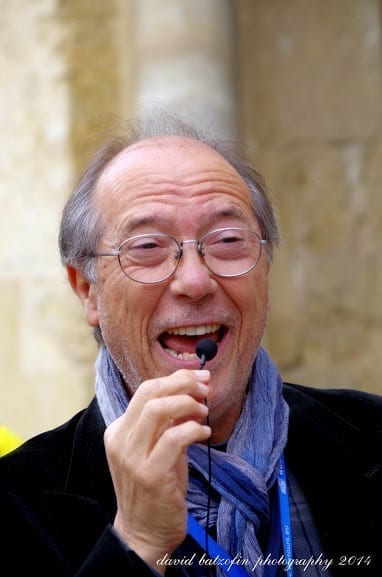 Enrique, our city expert.
Like the others that we encountered, he was knowledgeable
and passionate about his subject. 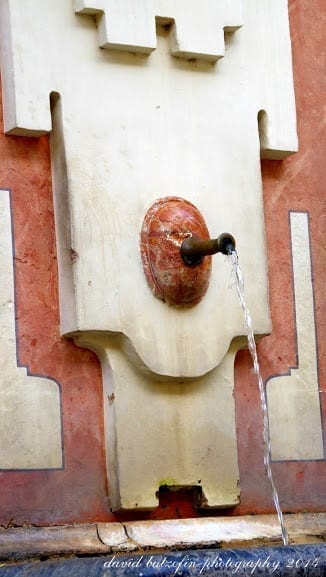 There were drinking fountains to be found within the walls 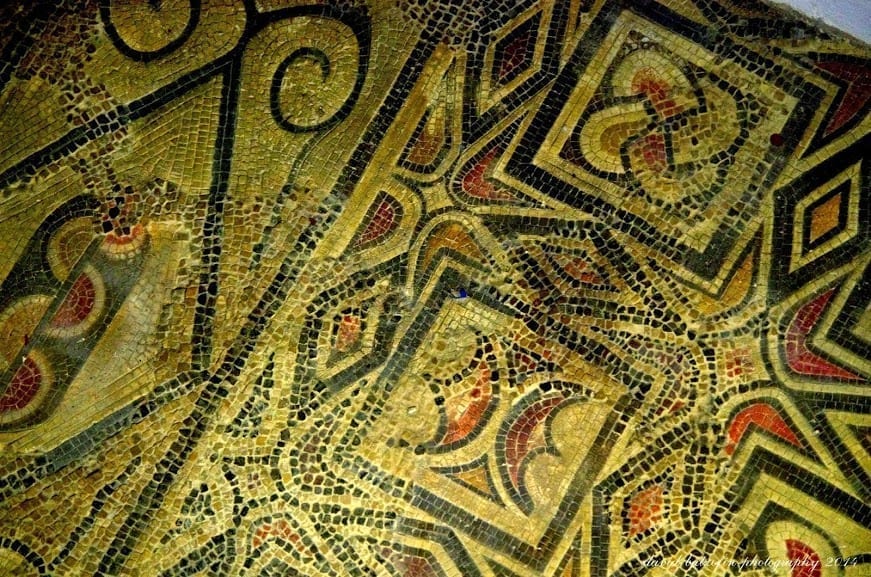 This floor is beneath the current floor of the Catedral
In these few meters of exposed mosaic,several centuries of history is depicted 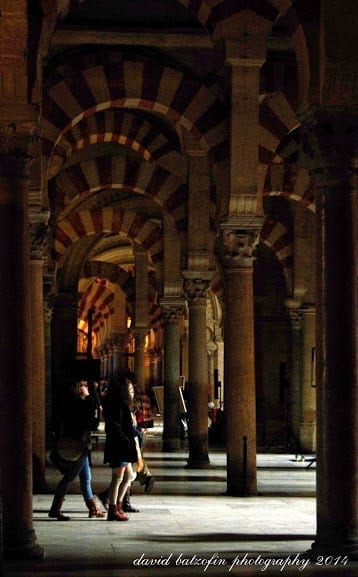 The vaulted ceiling gave me the impression that I was looking into a mirror.
Somehow I wonder if this standard of build could be achieved by modern artisans. 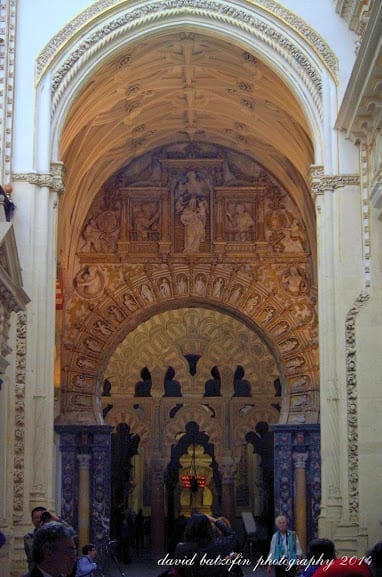 The scale and height of the ceiling is put into perspective.
Using the visitors for comparison 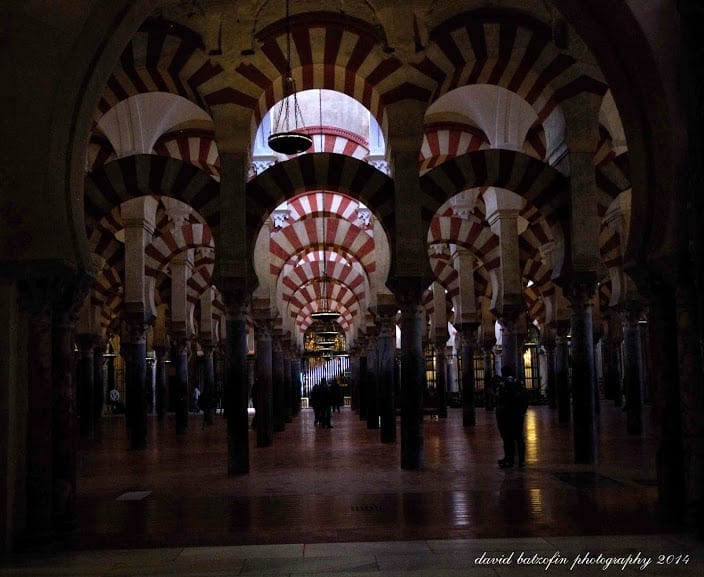 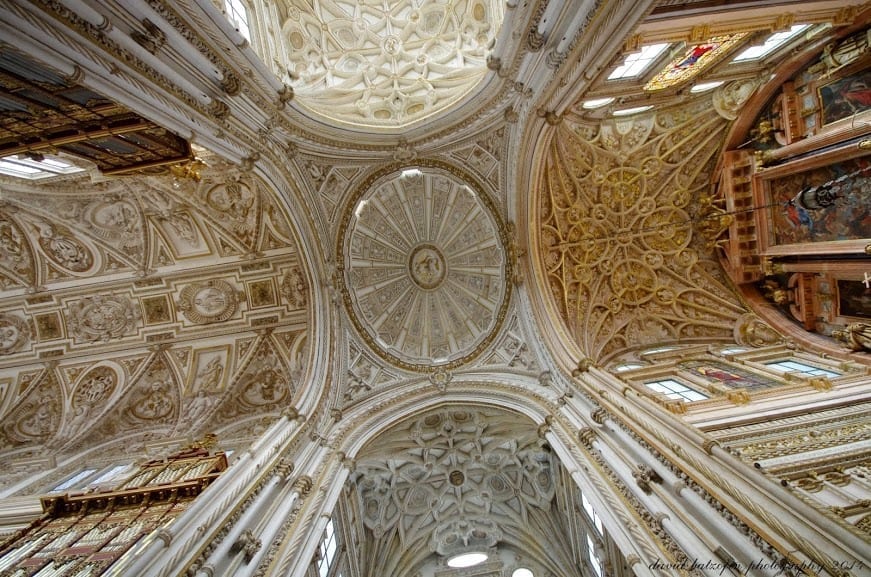 Images do NOT do this justice… 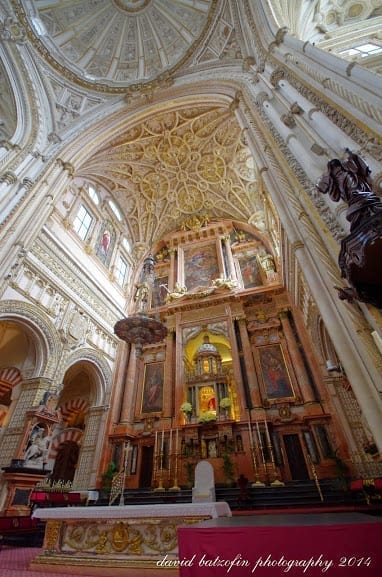 The high altar has to be sen “live” to actually get a sense of its grandeur.
The light hanging in the centre is made form almost 200 kg of solid silver! 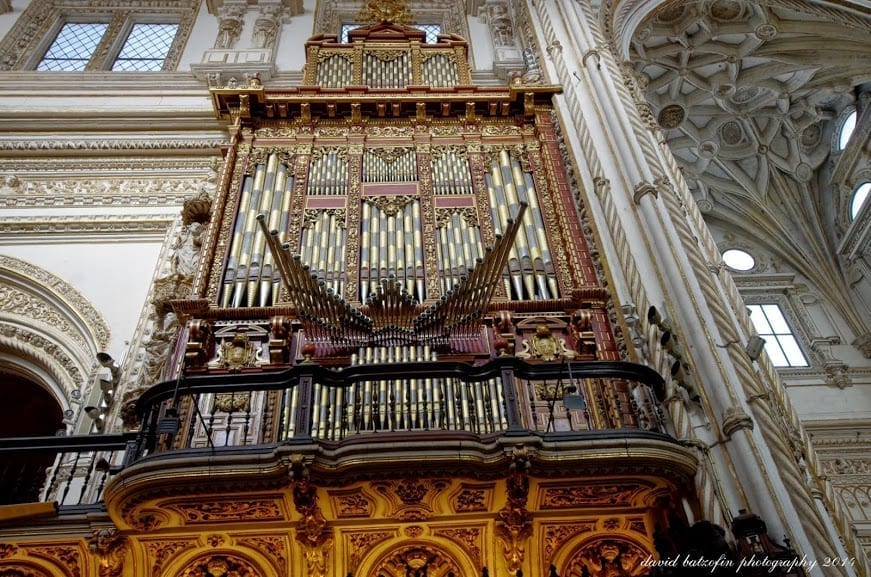 I kept hearing music while we visited,
and I thought that it was a recording.
But, lo and behold…I discovered a pipe organ,
and it was being played by an actual musician.
And to prove that point, he took a break as soon as I noticed him.
TYPICAL… 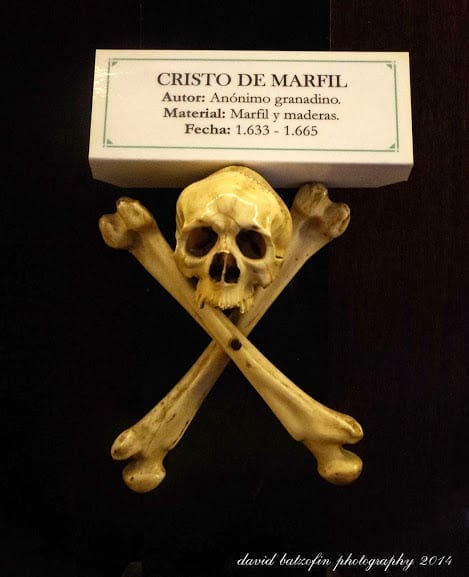 This is not part of a pirate flag.
It is on the lower part of a beautiful crucifix. 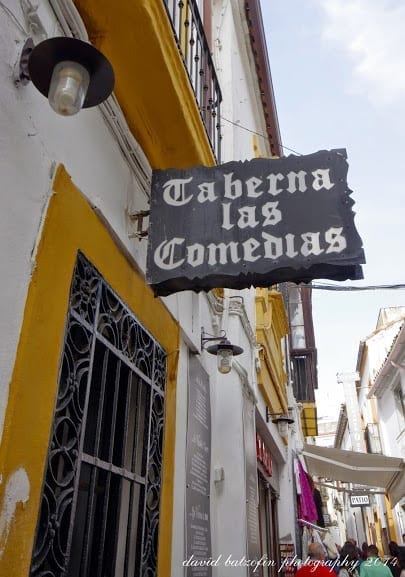 Outside the walls of the Catedral,
I noticed this comedy club… 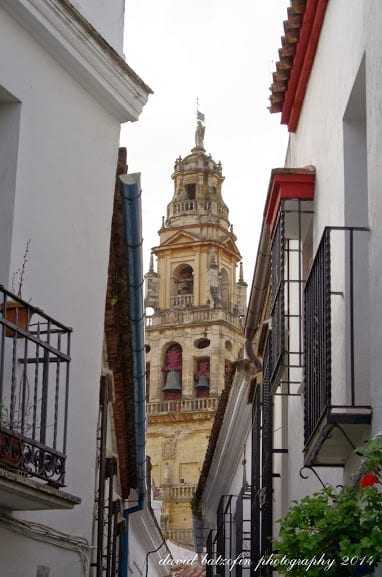 The view towards the Catedral from Calleja de las Flores,
one of the most popular tourist streets in Cordoba.
It has only one way in and out and it ends in a plaza 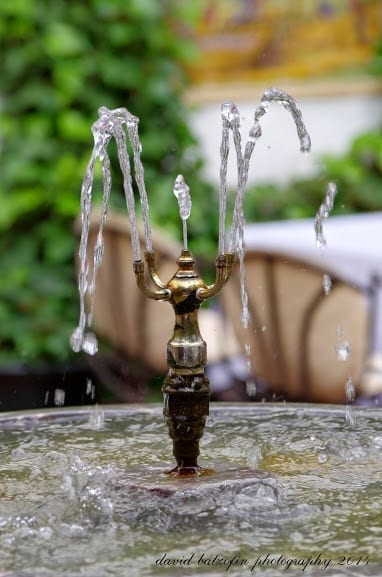 Another fountain…
This one at a restaurant where we enjoyed some of the local delicacies. 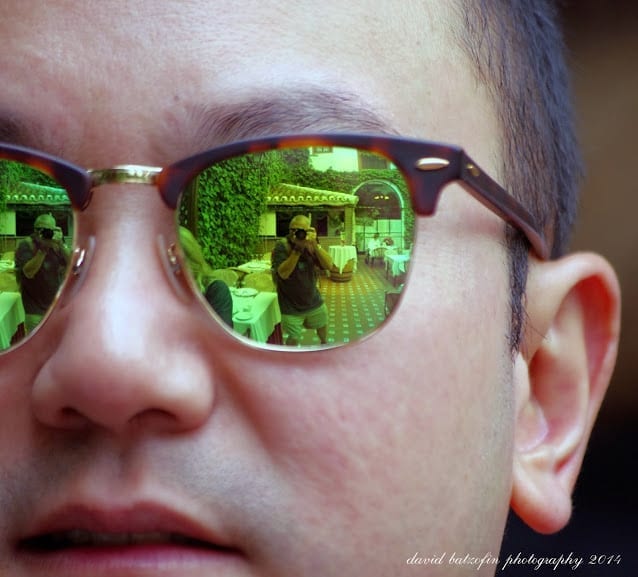 Reflections…
Just to prove that I was working.
Thanks for standing still Chris. 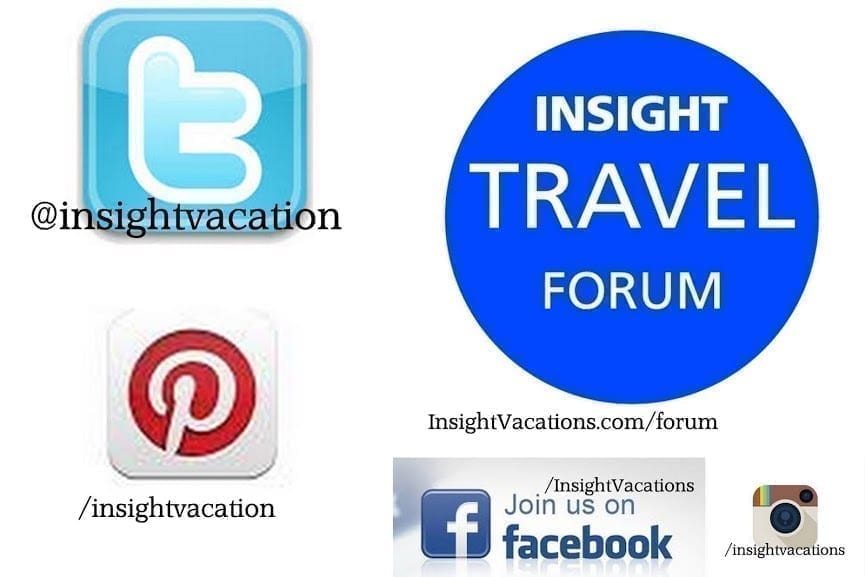 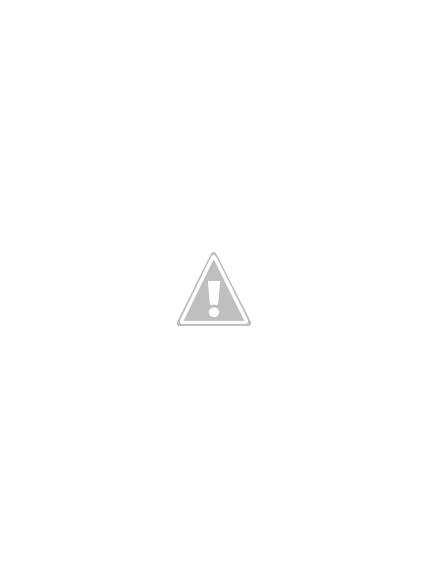 My travelling companions.
Justin, the Gnome, Kwand-hare
and the “travelling heart” from my daughter… 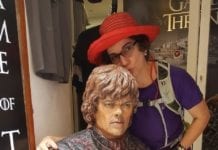 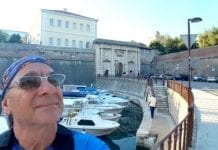 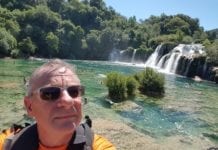