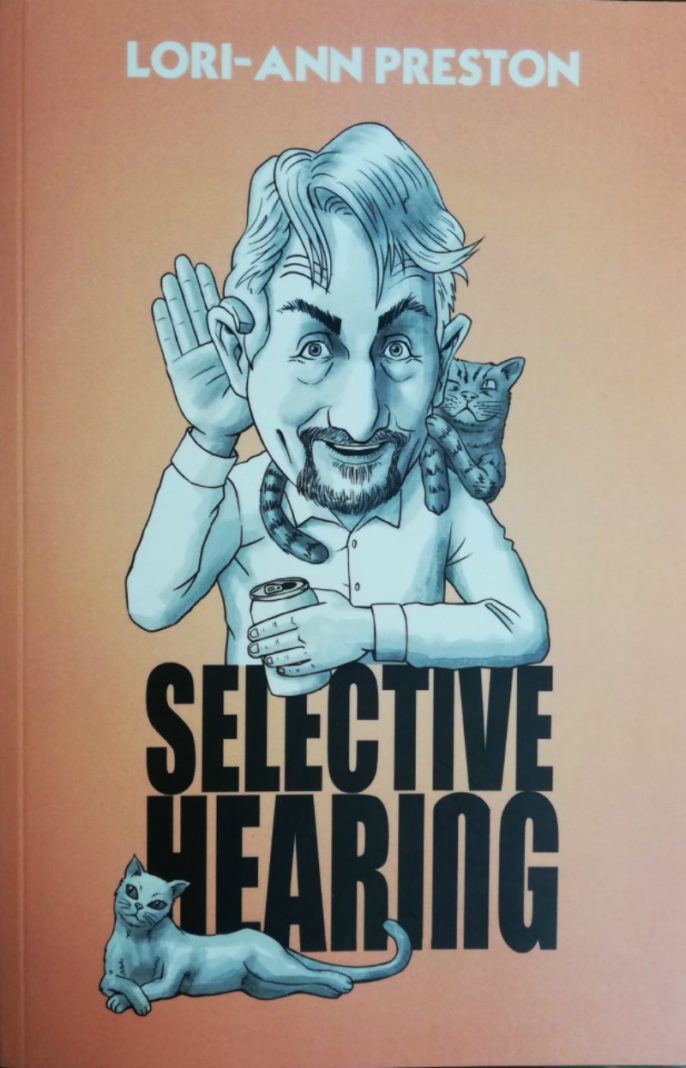 In July 2020, I got to interview Lori-Ann about her book, Selective Hearing. I enjoyed the read so much that when I saw she was doing daily “New Year’s Resolutions” I asked her if I could use them for this guest posting. She hopes to do one “Resolution” a day, but I have chosen some of those that have already been published on Facebook that caught my attention and made me smile. Lori-Ann is the first of several guests that will be writing for Travel & Things in 2021… 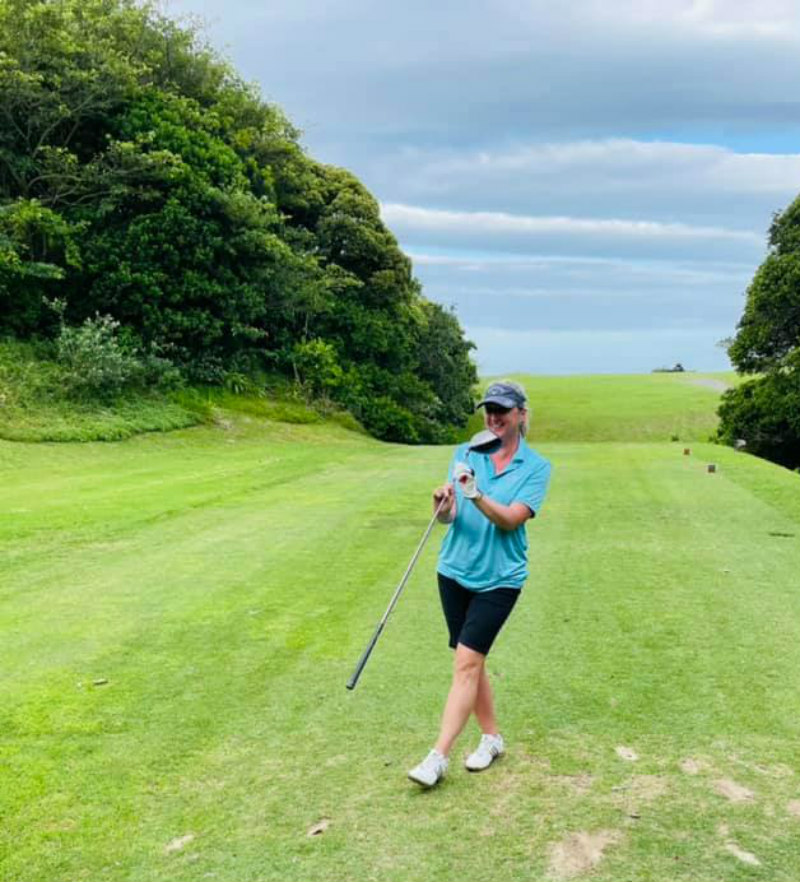 Golf does take an awfully loooong time to play, especially when you’re averaging 6 shots per hole. But I must say I do enjoy the fresh air and greenery that surrounds golf courses.

When I do manage to smack a ball and it makes the desired sound effect (yay) it’s a most thrilling feeling watching it soar through the air.

So this year I plan to squeeze in a few more rounds. 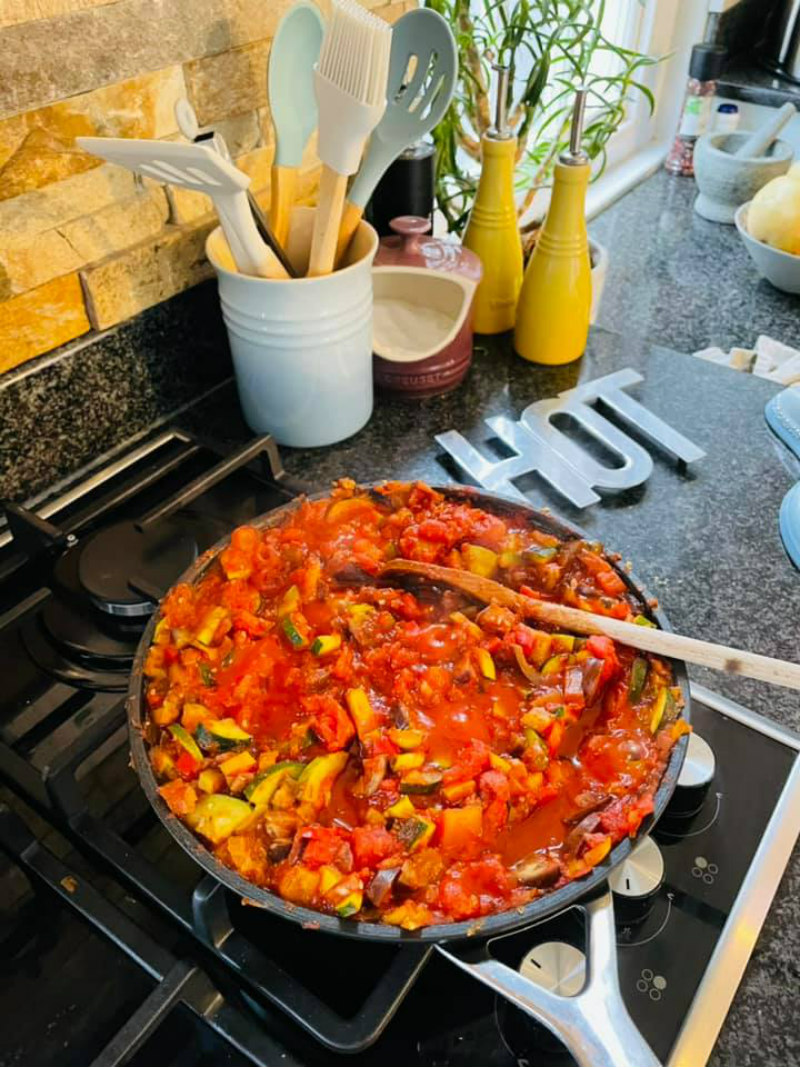 Cam inspired me to give vegetarian meals a shot. First up I tried cooking Ratatouille. Not only was the word fun to say but the meal was surprisingly tasty. 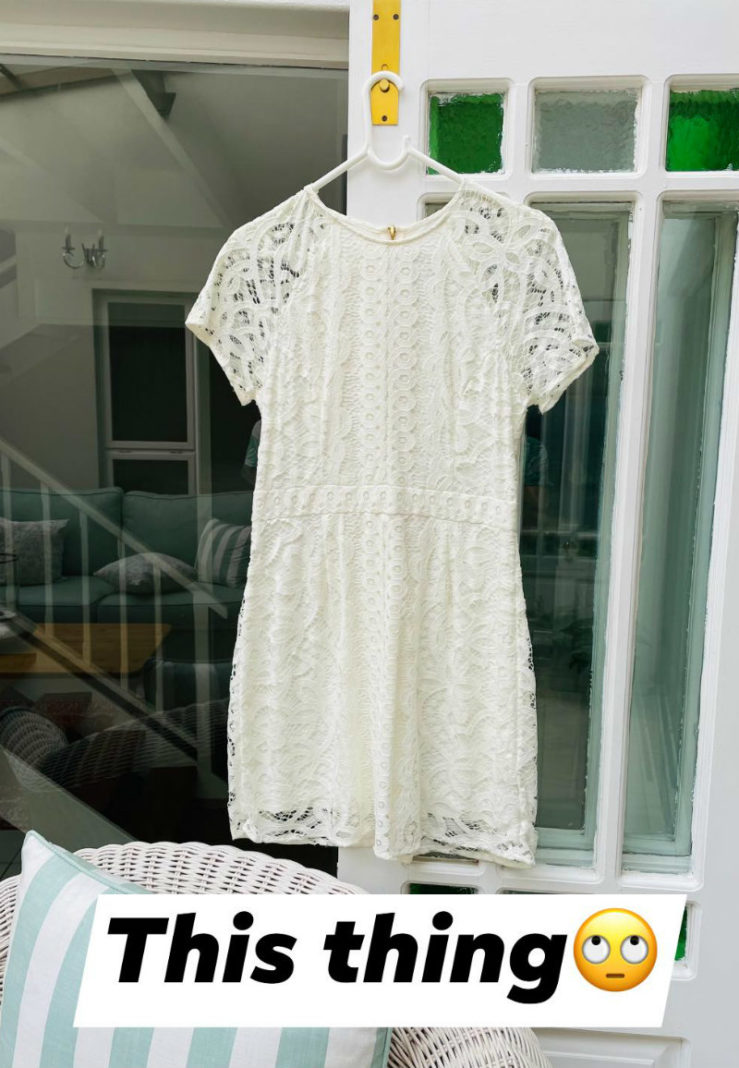 New Year’s Resolution #8: MAKE A DECISION ABOUT MY CREAM DRESS

About 5 years ago I bought this pretty cream dress. It was rather pricey but I had no choice in the matter. You see, it whispered, “buy me, you love me” in a most seductive voice from its hanger. I’m sure.

Now the problem is, it doesn’t fit! Every couple of months I give it a little try but nope! The selfish dress just refuses to accommodate my body.

I’ve considered chucking the judgy dress out but it’s just so lovely and lacy and soft. And I’m determined NOT to let it get the better of me.

So, this year, I intend to win! Yay me. I will make that dress fit!

One slight problem though. I may need to do a bit of exercise in order to conquer my nemesis. I literally ABHOR exercise. Yes! It’s true. I can’t stand it. I’m good with strolling and I like Lesley Sansone’s YouTube classes (when I do them) but beyond that I’m completely unmotivated.

And if I start exercising for real. What exercise? 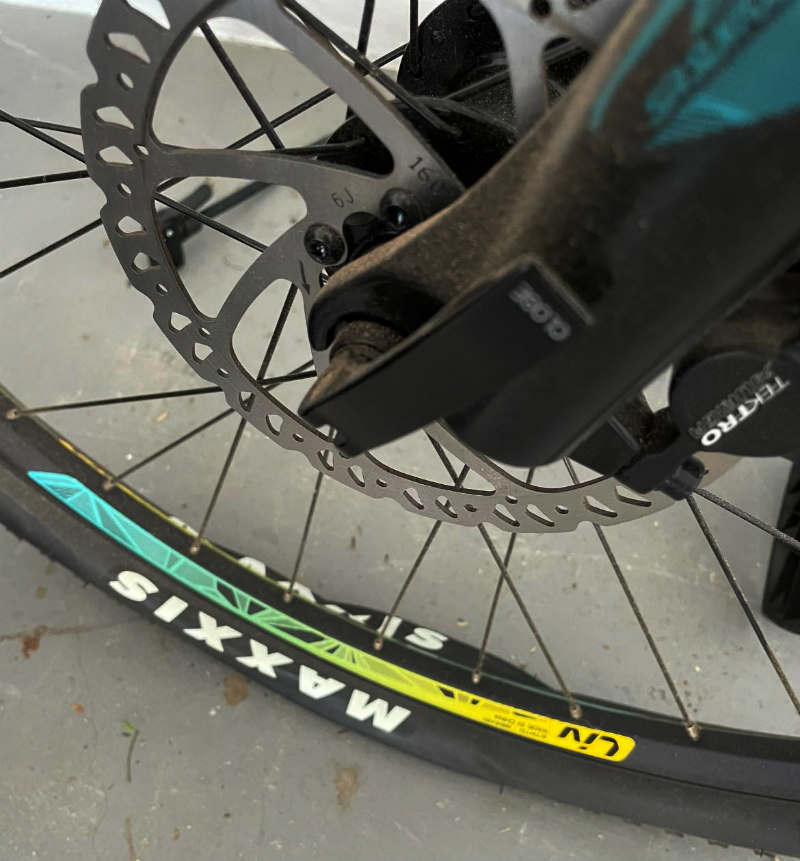 This is going to be a breeze to achieve. You see, I cycled for a total of zero times last year.

A TALE OF TWO FLAT TYRES

About 2ish years ago I mentioned to Someone-who-lives-in-the-same-house-as-me that I’d like to give cycling a go. Big mistake! Huge! The next thing, BHAM! He bought me a bicycle. Who does that!? There still needed to be conversations and counselling and debates held about this mere thought.

Oh, the pressure! Now I actually HAD to cycle. I needed to practise COMMITMENT. Surprising myself, I set my mind to the challenge. So, the plan was to start off slowly and then progress to participate in the Tour de France.

All started off well apart from almost being taken out by an insane motorist. I mean, surely my wobbling across the road in front of him indicated I was a learner?

We cycled around the neighbourhood and I felt quite showy-offy in my padded Lycra and snazzy hat (that’s a lie, those things are hideous but hey, safety first) Guess what? I started to ACTUALLY kind of enjoy cycling. (okay, just the flat bits). And then, BHAM! I quit.

BUT! Today I begin again! 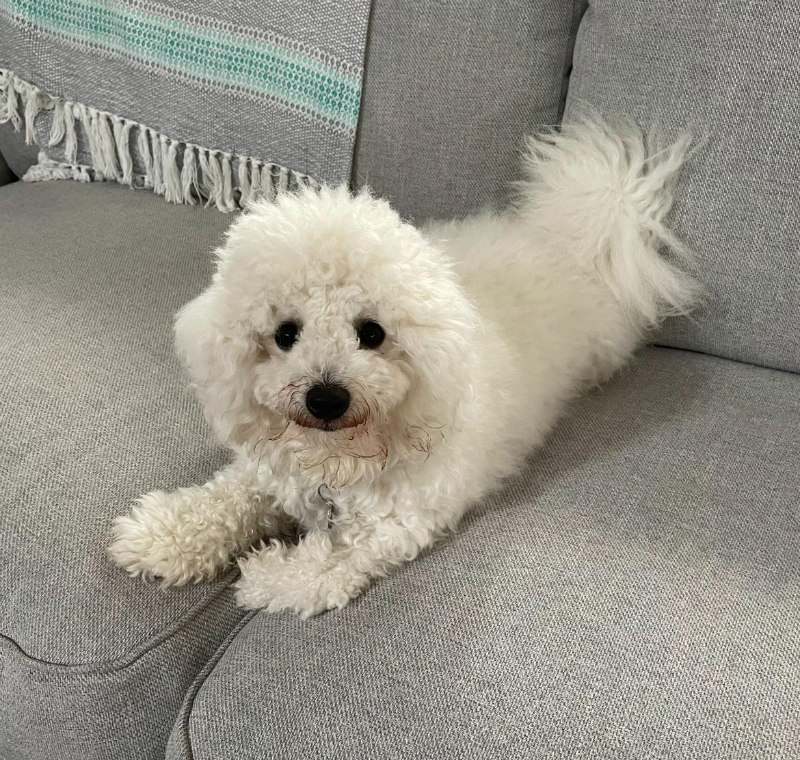 I had this marvellous idea that I would groom my dog myself. I bought all the fancy kit and watched about 40 YouTube tutorials and was good to go.

Chapter refused to keep still and I was waaaay out of my depth. Poor chap ended up looking like he’d been pulled through a bush backwards.

Today I took him to the salon and sheepishly said, “I tried to groom him myself.”

A couple of giggles and two hours later… presto! I have a new dog.

Isn’t he too cute? 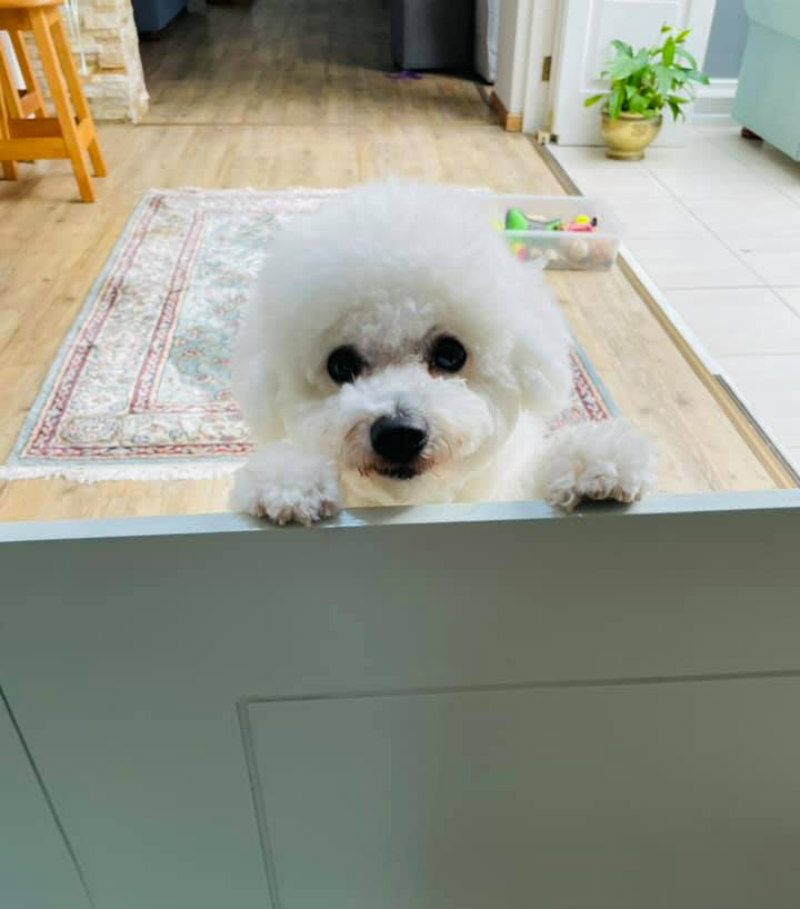 Last night I watched Marian Keyes present the first part of her free writing workshop. It was brilliant! Marian is definitely my new favourite person. I loved how encouraging and sincere she was.

This morning I had a Eureka! moment. These moments happen a lot and are never quite at Archimedes’ level but hey, they keep me motivated. So, today’s thought is, why don’t I BE MORE ENCOURAGING?

I’m certainly not going to be opening any school’s of philosophy with this thought but perhaps I’ll spread a bit of hope, good cheer, support, upliftment and confidence. Who knows?

So here goes: TODAY, I ENCOURAGE YOU!

There you go. It’s all up to you now. Pick whatever you like. Drink more water, try a new hobby, go for a walk, read a book, clean out a cupboard or perhaps catch up on some admin (ugh).

And if you don’t want to, that’s fine too.

And here’s another pic of Chapter. 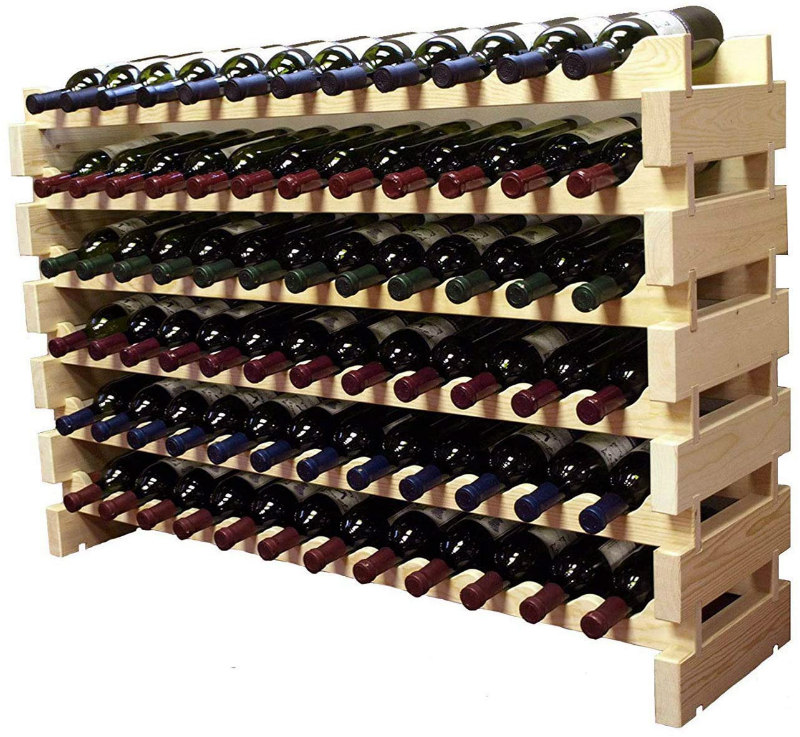 In keeping with my new intrepid exploring of exercise, I decided I would make a MAMMOTH adjustment to my wine rack.

I thanked my wine bottles for being there and even though they sparked joy and hadn’t yet been of service to me, I let them go.

In 2021 I plan to only drink wine socially and not at home (unless it’s a dinner party or book club, of course). Instead! I shall imbibe H2O! And Heineken 0. I will! I’m sure! I’ve put it on Facebook there’s no going back now. 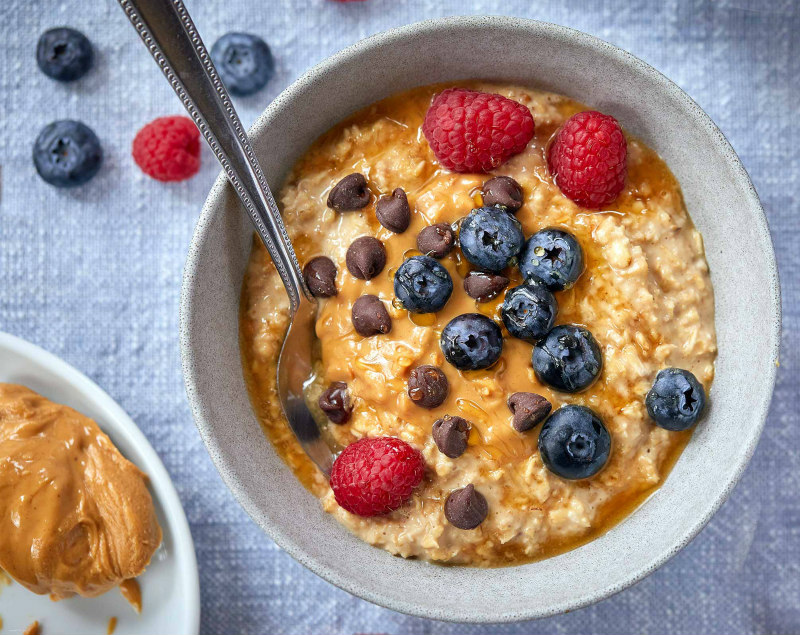 Over the years breakfast and I have never hit it off.

Even as a child I couldn’t stand eating before school. My mom and I would argue almost every morning. I couldn’t bear cereal and conceded to munch on a bit of toast with ‘lang tande’.

As a young adult, I basically ate an egg on toast smothered in Mrs Ball’s chutney every morning.

Then, for 10 years it was KitKat and a can of Coke. The result of this diet (I’m sure) was rather painful and included me having to have my gall bladder removed. Stones the size of marbles were handed to me in a bottle after the op – totally gross. I definitely wouldn’t recommend this eating plan.

Following along, for 17 years, I’ve proceeded to mostly eat a total of nothing for breakfast.

It’s time for a change. Only! It really is a struggle. Is breakfast REALLY a thing? 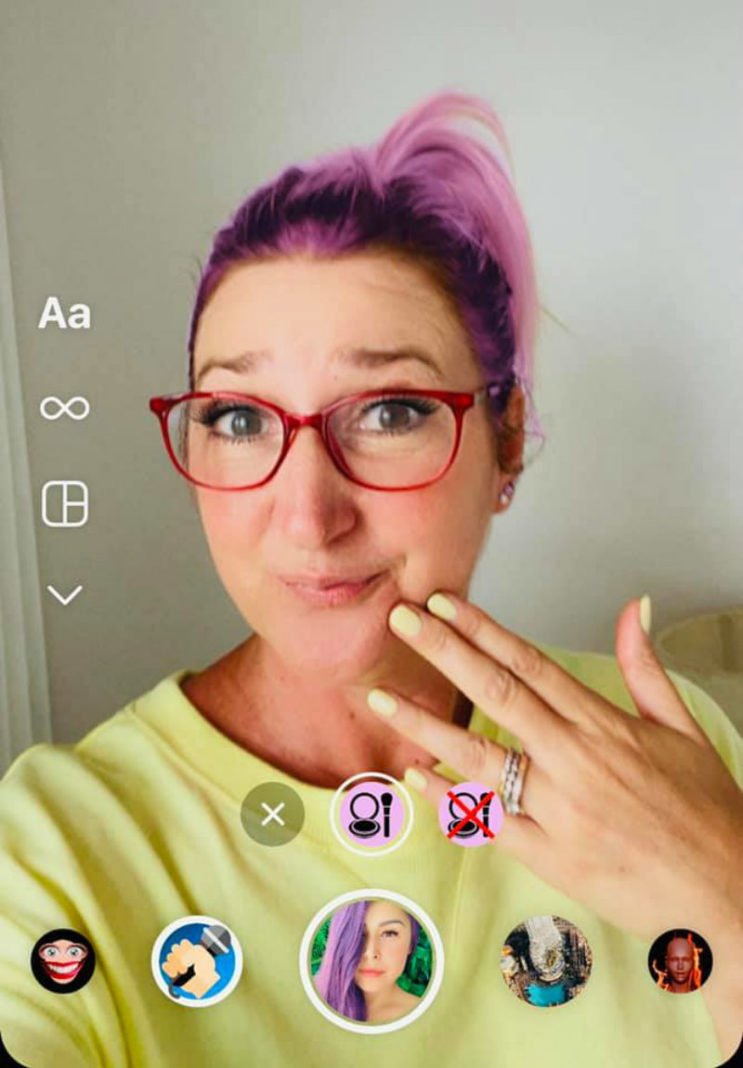 New Year’s Resolution #15: LEARN HOW TO DO COOL STUFF ON MY CELLPHONE

Last year I watched with fascination how folks were posting such super-cool Instagram stories.

Shoo! There were people talking with dog ears. And hearts being shot into eyes and baby-faced adults and people talking in the rain or glistening with stars or having leaves fall on them and stuff. It was AMAZING!

How were they doing it? I HAD to learn. I HAD to be cool like that.

So, taking myself way out of my comfort zone I began to experiment. I was absolutely terrified that I might hit a wrong button and end up looking like a complete paw-paw to my 200 Instagram followers. I promise you. I even opened a pseudo account to practice in.

Jess gave me a quick tutorial at Christmas time. And now, I can boomerang, slow-mo, add music, attach gifs, filter, time-lapse and add cartoon stickers to my heart’s content.

I’m now one of those cool, tech-savvy cellphone people. I even have my own avatar!

Yo! Peace out. Word

Watch the interview that I did with Lori last year… 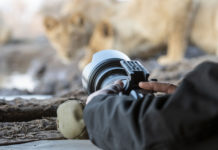 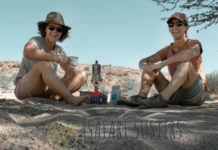 The susters are doing it for themselves. Safari Susters on the road.