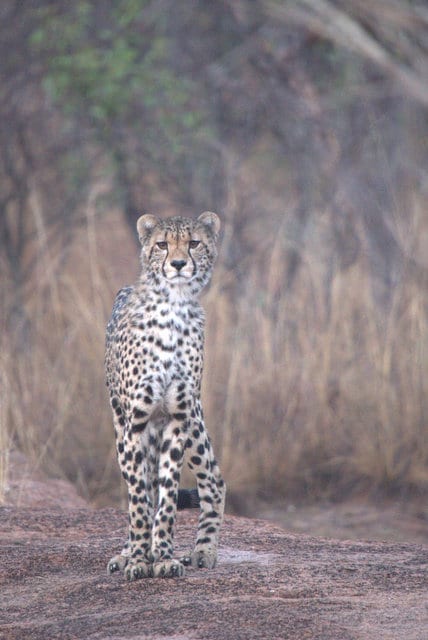 With the exception of a small population in Iran, all wild cheetah is found in Africa, where they can be found in open grassy savannah regions. 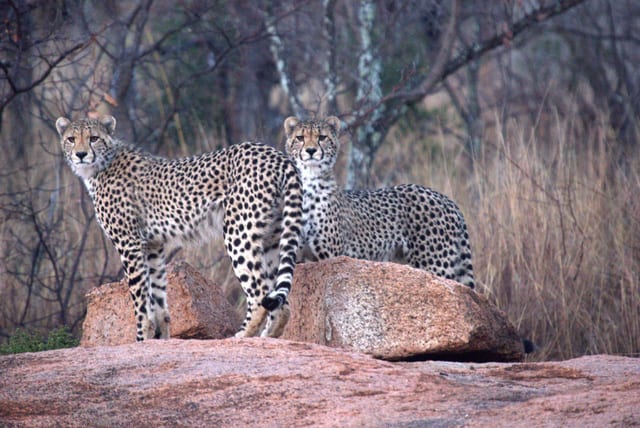 With a tail that is almost as long as their bodies, a cheetah can be between 1.1-1.4m long. Males can weigh in at up to 54kg, while the females range from about 34kg. 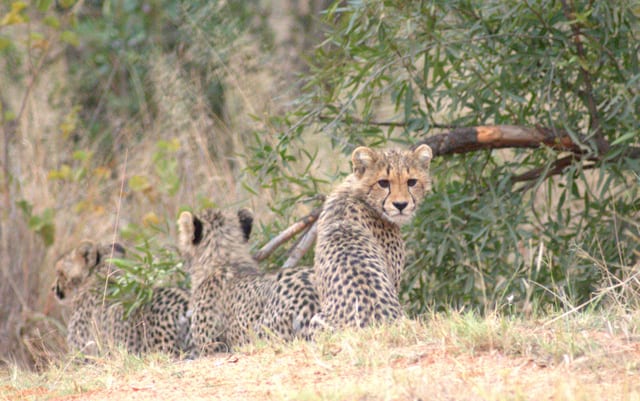 Females usually give birth to 2-8 cubs in a litter. She will nurse her youngsters until they are up to 2 years old and are able to fend for themselves. 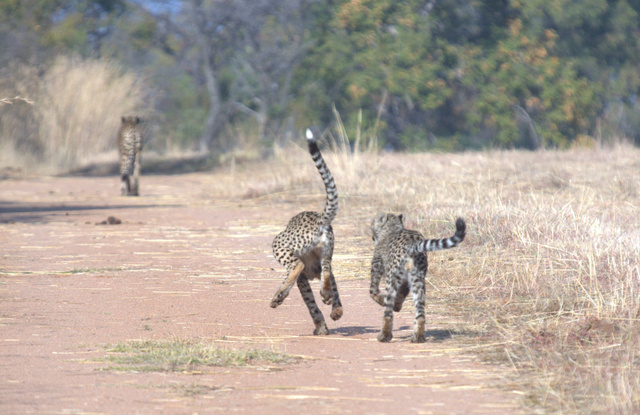 Cheetah cubs drink their mother’s milk until they’re about 6 to 8 weeks old. Then it’s time for them to play follow-the-leader.

From about 5 months old, they wrestle and roughhouse with their siblings, practising skills they will later need to hunt and kill prey. 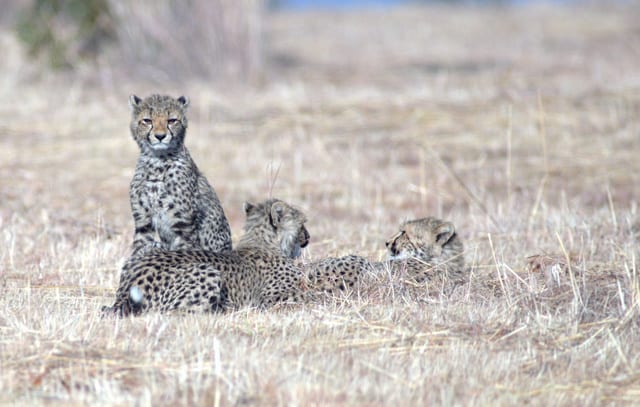 When you think of cheetahs, you probably think of their spotted fur coats. Cheetah cubs are born with all the spots they’ll ever have, but when they’re tiny those spots are very close together. This makes their fur a darker and ash grey in colour.

Cheetah cubs also have a long, silvery strip of fur(mantle) that runs all the way down their back like a mohawk haircut. This fur, when raised, makes them look bigger than they are and could be a device to protect them from being attacked by other predators. 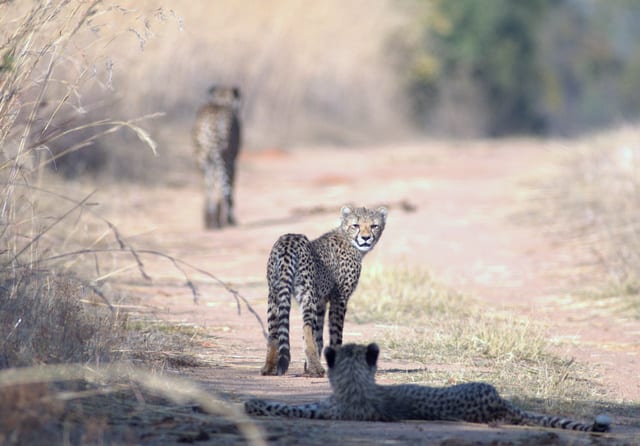 The females are solitary, except if they have cubs, while the males will form coalitions and will live and hunt together. 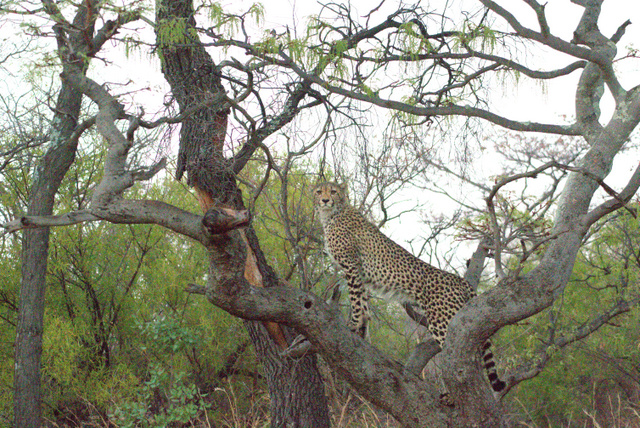 Cheetah likes to use height as a vantage point when scouring the plains for possible prey. Sadly, this beautiful animal is threatened by loss of habitat and prey, as well as conflict with humans. Cheetah, as a species have been classified as vulnerable on the IUCN Red List. 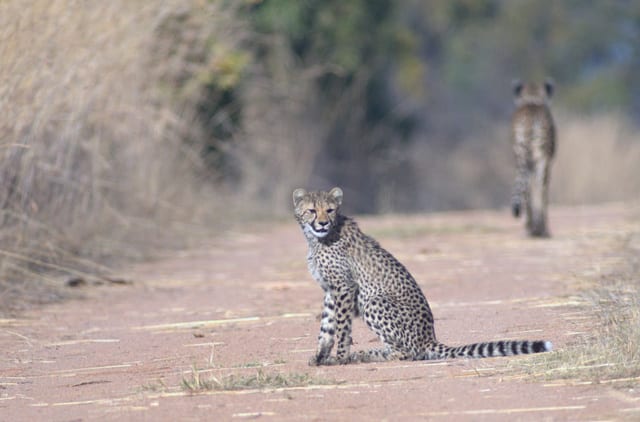 All alone? Nope…keeping an eye open so as not to be attacked by its siblings, this young cub has mom in the background, just in case. 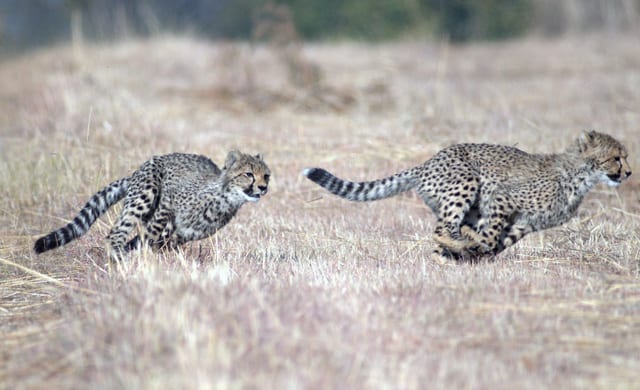 A cheetah can accelerate to  112km/h in three seconds – that’s faster than most production supercars!  Its body has evolved for speed, with long legs, an elongated spine, adapted claws to grip the ground and a long tail that is used as a rudder, allowing it to make tight turns and keep its balance. 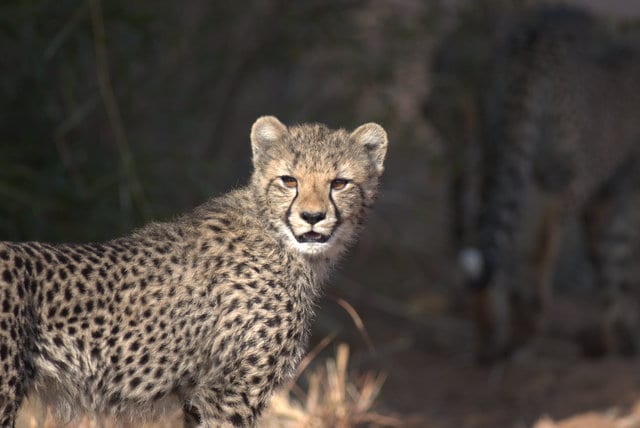 Who is a pretty cat then? I am.