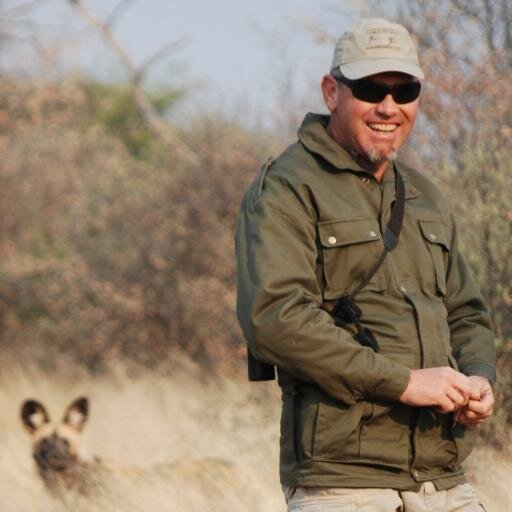 My guest writer this month is Bennet de Klerk.

Bennet grew up on a cattle and game farm at the edge of the Kalahari. He was always fascinated by wildlife and spent as many hours reading whatever was available as walked in the veld, among camel thorn trees and camphor bushes.

After school, he followed his other passion for some time, acquiring a post-graduate qualification in Drama and Theatre. Once he had completed his two years of military service, his love of nature won, and he started guiding in 1991. In 1994, he went to Pilanesberg, and fell in love with the mountains and valleys, and has been there ever since.

He has been training guides since 1996 and his greatest passion is walking in wild places and tracking. Now a Professional SKS DG guide, Track and Sign Specialist and Tracker III,  he continues to train aspirant guides and does assessments for FGASA guide qualifications.

His Guides’ School, Motsumi Bush Courses, is one of the oldest, FGASA endorsed since 1997. He still does the training himself. https://motsumibush.co.za/

He has developed an Advanced Mammal Knowledge on-line course to enhance mammal knowledge for guides and anyone interested alike.

He married Chantalle in 1998, and they have two sons, both of whom are also as passionate as their parents about animals – wild and domestic. The family lives in the Magaliesberg Biosphere Reserve, 20km west of Rustenburg. Both Bennet and Chantalle are very involved with Pilanesberg National Park in various capacities. 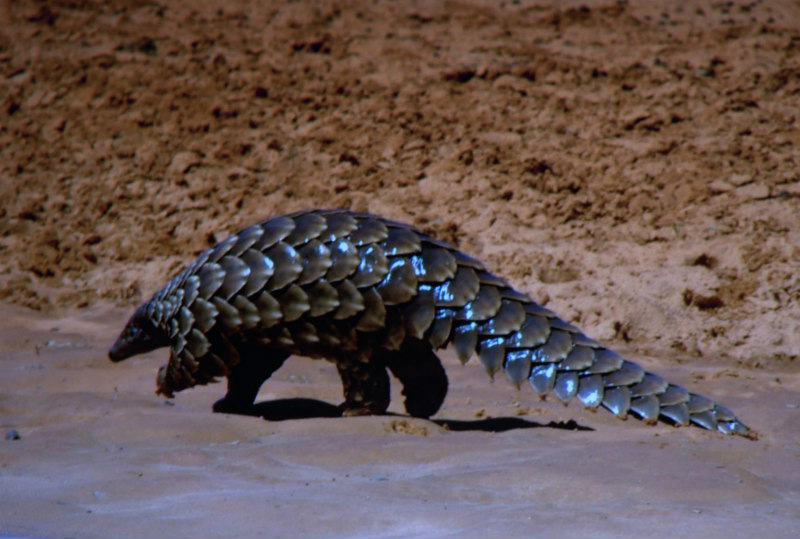 Bennet wrote this a few years ago but shares it with my readers here as it is as valid today as it was back then.

A guide on a night drive in Kruger Park spots a pangolin. A guest complains that she did not get a picture. The guide stops. He keeps the spotlight on the animal and kicks it in the face. And again, to loud protest from the guests. “No, it won’t kill him. It’s so you can get the picture”.

They get more than the picture. Someone gets it all on video, and the next day, social media is abuzz. Thousands see it; hundreds suggest what should be done to this guide.

He is suspended, an inquiry is called. He may be facing some form of disciplinary action, or not. In a few short weeks, like the “Cecil the Lion” debacle, all will be forgotten as something else grabs the attention on Facebook. Most of those who commented on what should happen to the guide in question, will never even know the outcome.

But maybe, for us as guides, there is a lesson here. A precious lesson, which we should heed. Maybe the indignity, stress and pain inflicted upon that hapless pangolin could have a positive outcome. Maybe it is the ideal wake-up call for all Nature Guides, Field Guides and Game Rangers.

Because every one of us has, at some point, “kicked a pangolin”. Metaphorically, of course – most guides just dream of even ever seeing one! But think back, and ask yourself in which ways you may have – and maybe still do – kicked pangolins.

No? Never did? OK, let me quote a few examples, and then, maybe, you will think again: Ever, on a night drive, removed a chameleon from his perch, for guests to see it close-up? Caught a free-living snake to show them? Or, maybe, stomped on the roof of a hole where warthogs sleep, causing them to come charging out? Or maybe you have done my biggest pet hate deed – breaking off a hyena paste marking grass stalk to pass around… Or you may have picked up that tortoise, flushed that bird. Or played a pig squeal recording to make the lions come closer.

I could continue, but you get the picture. And your natural response is, of course, to immediately rationalize how those, or other things you do, or have done, are “not so bad” or “educational”.

There is an anecdote, attributed to Winston Churchill, about him asking a woman whether she would sleep with him for a million Pounds. She replied that she would, and he followed up with the question of whether she would do it for one Pound. She angrily asked whether he thought she was a whore, upon which he quipped, “We have already established that; we are merely negotiating price now.”

The point? Kicking a pangolin is an extremely bad case of unethical guiding; but “lesser” offences are still, to stay with the anecdote, guiding “prostitution”.

So go and think about your little “pangolin kicks”, and be honest to yourself. Ask yourself where education ends, and where harassment begins. Then go forth and sin no more.

In that way, the price our pangolin, on that night drive in Kruger, has paid, will come to a lot of good.

A big thank you to Bennet for bringing these practices to our attention. Perhaps next time you are out with a guide who exhibits any of these tendencies, you will have the courage to question his/her motives.

The featured image is the copyright property of 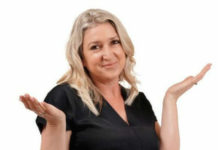 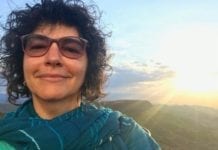 Elephants of the Chobe River.

Our final day in Cappadocia

I am a proud Pentaxian. My 45 year relationship with this...

Kigali to Kivu and back.Rwanda for a weekend

By night the Klaserie Sands River camp takes on a new...

Images from our Turkish experience…