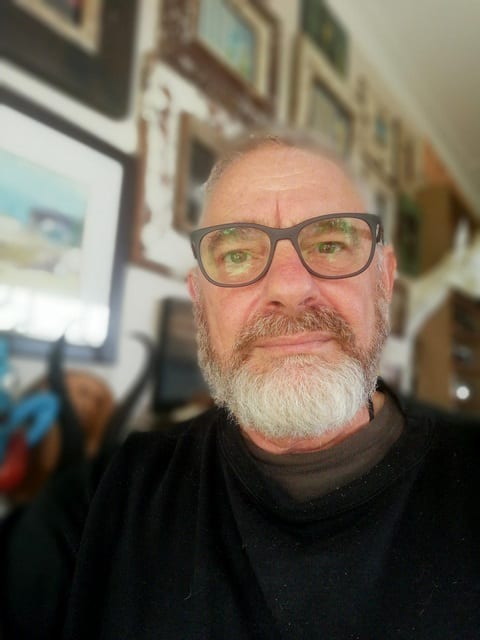 So, the 30th of April 2020 has come and gone and we in Johannesburg have been moved to level 4. What does that actually mean for those who have been in hard lockdown for the past 35 days? Actually nothing at all. With the exception of smokers being allowed to buy cigarettes, the relevant Minister has yet to explain what ‘exercise subject to regulations, directions and curfew’ means in single-syllable words. All we really want to know is can we walk/run and exercise our animals as long as we do it by ourselves and away from other people? Why is that so hard to answer? Or has this not been properly thought through and now the issue is being used as a football to keep us indoors for as long as possible? 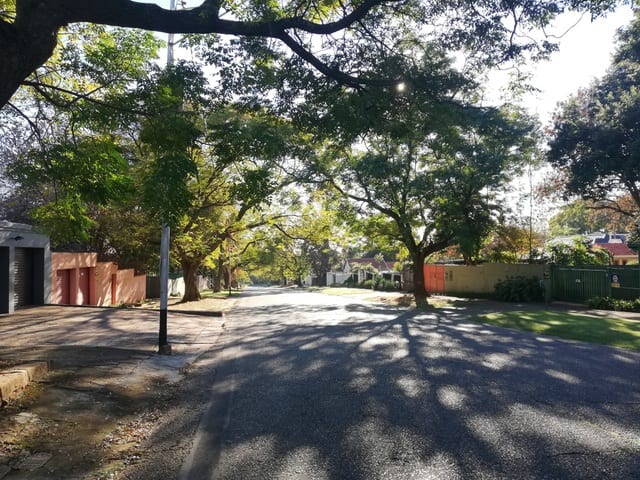 This is the first time that I have seen our street from this angle in over a month. The first few days of level 4 have seen stunning weather here in Jhb. Blue skies, not a hint of a cloud and just a slight breeze. Nothing to keep me from getting back on the road again.

UPDATE: You cannot buy cigarettes (the lifting of the ban that was announced earlier has been rescinded) and exercise is only permitted between 06h00 and 09h00. I have discovered over the past 3 days, that people seem to come out at around 08h00, so I get out early and I try to get home before the herds are in the street. There are still many without masks, but I have given up trying in interact with them. I would rather just cross the road… 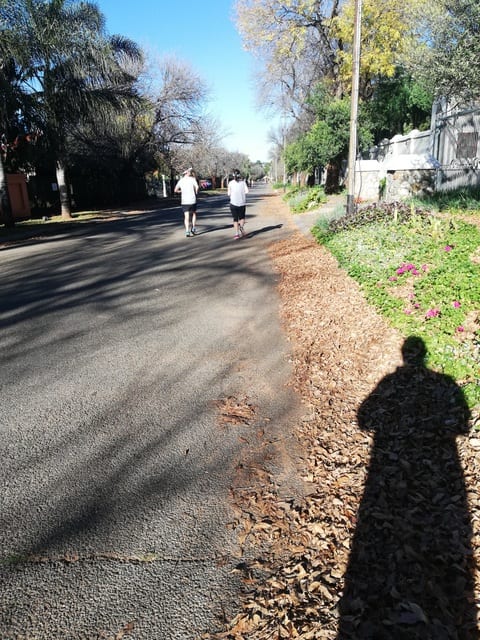 Practising social distancing. I (the shadow is mine) made certain that during my walks I have been more than the required distance away from other road users. Our suburb was alive with residents getting out and about for the first time in at least 35 days. What was obvious was that many were not following the rules. The local park was full of people and dogs running all over that place. What seems to escape these folk is the fact that as a result of their actions, we might find ourselves back at level 5 within a very short time… 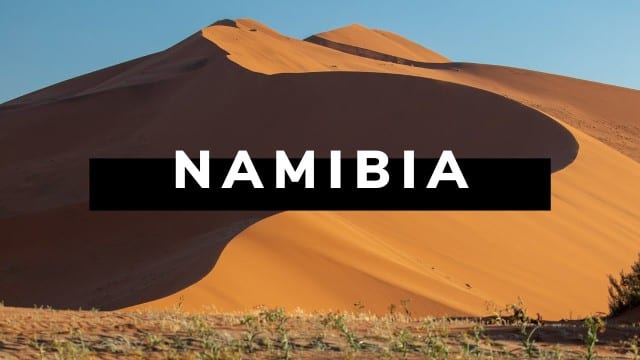 In 1970, when I was in Grade 12 (Matric as it used to be known) and living in Port Elizabeth, a school friend and I were scheduled to go on a trip to Namibia. Back then the Eastern Cape and Transvaal (Gauteng) schools did not share the exact same dates for school holidays. When the excursion was booked, the dates coincided with the holidays in both provinces. Suitcases were packed and I was excited (as a 17-year-old) to be going to on what promised to be an exciting holiday/educational trip. I was so excited that my suitcase was packed and ready days before the planned departure. (Unlike, as an adult, when I travelled pre lockdown, I only packed at the last minute for any given trip.)

And then came the crushing news that the dates had been altered to suit the Transvaal schools. As it meant missing only a few days of the new term I thought that the trip would still take place. My Mom was uncertain and decided to leave the decision up the mother of my friend. “If she says no, then you are not going either” was the response to my ” Will I still go if my friend cannot”? It turned out that his mother thought that missing a few days of school would not be in his best interest and as a result, the trip was cancelled for us both. I remember getting the news and flinging my suitcase across my bedroom and leaving all the clothing on my floor for several days while I pondered as to why my fate had been linked to his. (As an aside, he went on the fail the year, despite no missing any days) 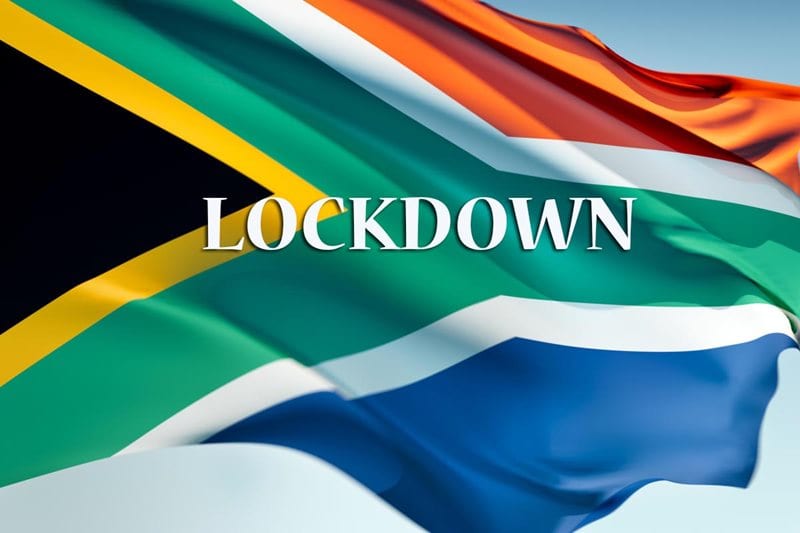 This is how the possible change in lockdown status is affecting me. Once again my fate is linked to someone else saying when we can move to levels…as might be deemed fit by faceless entities whose words are spoken so eloquently by our President. But ultimately I feel that every aspect of my life currently is in someone else’s hands.

Now, I have no intentions of becoming anarchic and defiant but I am faced with a similar dilemma…I have an 8 day trip to Madikwe Game Reserve booked for the beginning of June. Not a holiday as such as it is research for a potential magazine article. But will it happen? Will I be throwing a suitcase full of clothing across my bedroom again like a petulant child or will I be adult about the situation and realize that a postponement, if it happens is for the good of more than just me.

“I have learned that success is to be measured not so much by the position that one has reached in life as by the obstacles which he has had to overcome while trying to succeed” – Booker T. Washington 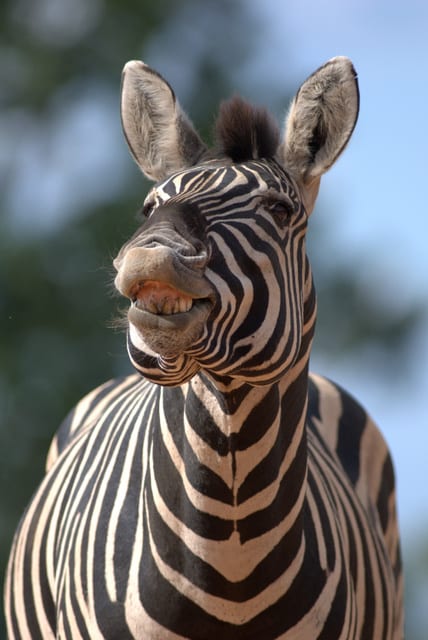 So let me utilize this platform to have a wee rant while I try to keep my eyes on the bigger picture, which is surviving this pandemic and all that it encompasses. I have got to a point where I am certain many others might also find themselves, where time as we knew it is meaningless and each day blends almost seamlessly into the next. As there is a lack of daily traffic in our street, every day feels like a Sunday and that leaves me in a state of limbo. As a writer, I can continue to work from home as I did, to a certain extent, prior to lockdown. But the overwhelming feeling of uncertainty is now starting to weigh heavy on my spirit, body and mind. If the initial lockdown was to give our health services time to prepare, then why are there still punitive measures in place? Who gets to benefit from them? More importantly, even though there are no compelling reasons for certain actions, we are forced to accept them. Almost without challenge. Is it not our right as citizens to ask for reasonable answers to our questions? Personally, although I was 100% behind our President originally, I no longer find myself able to justify that blind “you-lead-and-I-will-follow” attitude that I had a few weeks ago. I have become disillusioned and fearful of the overwhelming control that I am forced to accept. And I know that I am not alone. 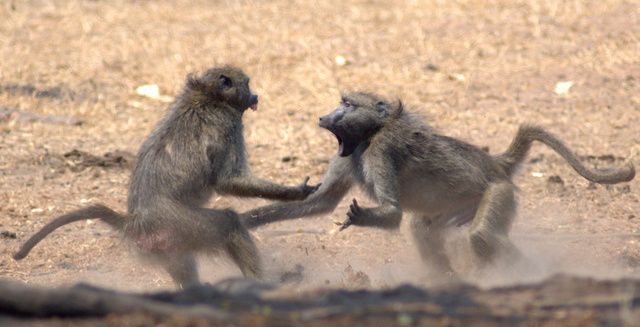 Luckily my wife and I have not come to blows, either physical or verbal, during the days and weeks that have passed. I have come to realize that I can be a grumpy old bugger and I have certain OCD tendencies that have now surfaced. But in the bigger picture, I have learned that if the cupboard doors are not closed and the countertops cleared does it actually matter? We are lucky enough to live in a home where we each have our own space to retreat to if things threaten to get out of hand. There are still common areas, like the kitchen, where courtesy is required. 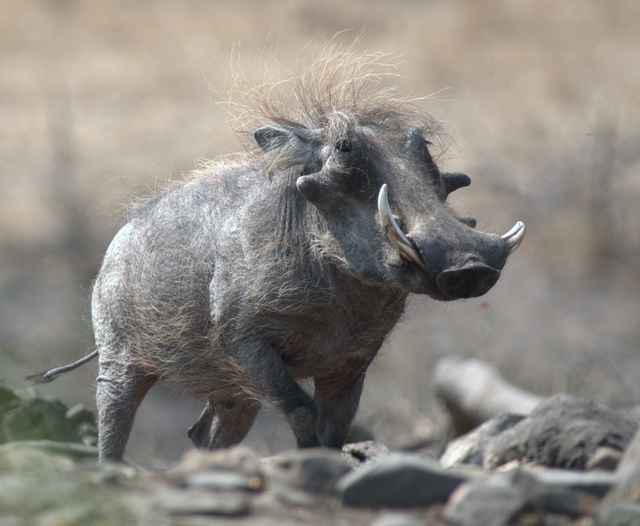 Much like everyone else, I seem to have succumbed to the crazy hermit look. I have wanted to cut my hair and trim my beard, but I am not certain of what that outcome will be given the fact that my Wahl is not designed to handle my current hirsute state. But seeing that I am not interacting with people, except on Zoom, where we are all in the same boat. 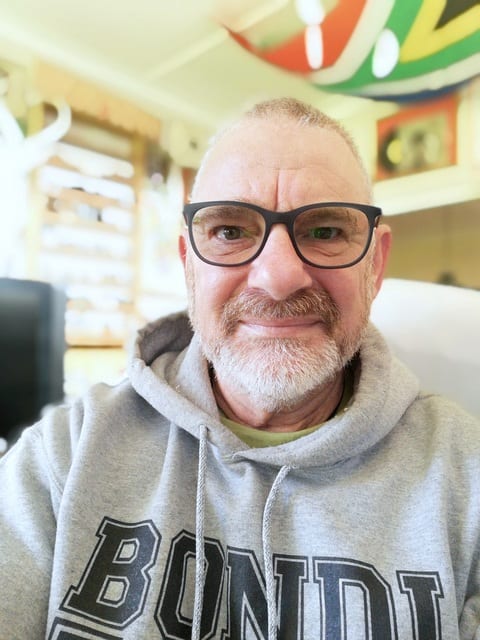 UPDATE: I could no longer wait until Level 1 when my favourite barbershop will be able to open once more. I literally took matters into my own hands and decided to clean up. It seems to have worked. Luckily there are no chunks missing and I even got the back of my head done without any assistance. 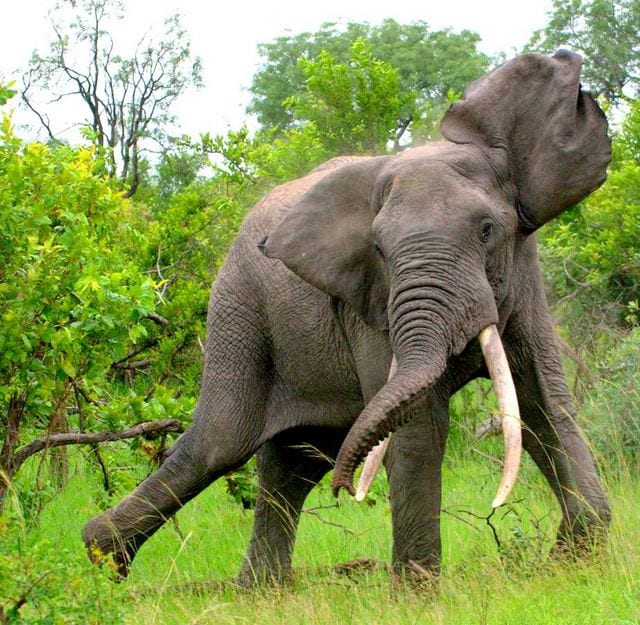 I do have my mad moments when I just want to trumpet and shake my head at the world and all that it currently represents. 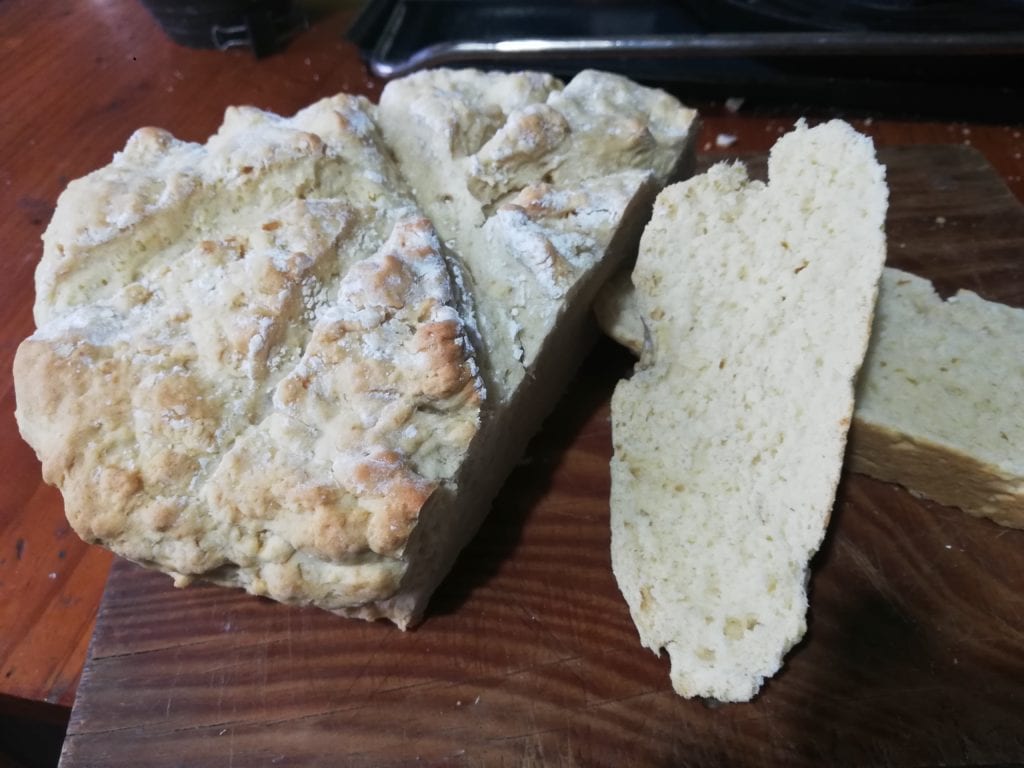 On the positive side, I have learned to bake! Well actually only one specific item, Damper Bread. This is an Australian bread that is not too dissimilar from South African Roosterkoek, except it is easier to bake. The link will take you to the recipe that I used. You can add herbs and cheese if you wish. I have reserved those additions for Damper 2.0 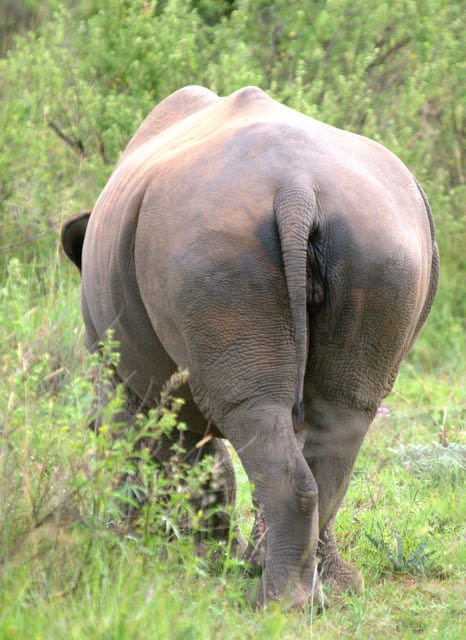 It has been said that we will either come out of this period drunk, pregnant or fat. I know that the first two do not really apply to me, but as for ‘fat’? Not having to get into going-out clothes for the past few months, it will be interesting to see what happens when I try to get into non-elasticized pants again.

For now, I am holding thumbs that I will exit this lockdown in a similar state mentally to when I entered. But I fear that it will not be the same. It takes 21 days to form a habit, good, bad or indifferent and the habits that we have formed during hard lockdown will be difficult to shed. 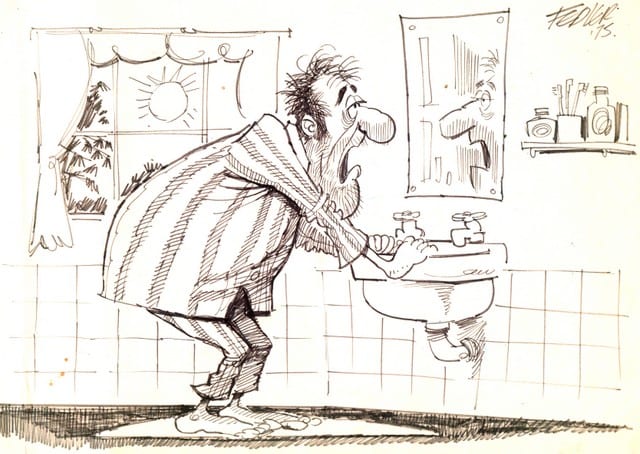 In conclusion, I would like to wish strength and good health to all those who can relate to how I feel. We are going have to learn to get up early, get out of our pyjamas and look forward to facing what the days ahead have in store for us all over again.

The US Marines have a motto: “Improvise, Adapt and Overcome” and we need to follow that to make certain that the world that we enter post lockdown will not be a carbon copy of the one that we left behind. If the job that we had no longer exists, then we must learn new skill sets where possible. (Cartoon by Dov Fedler) 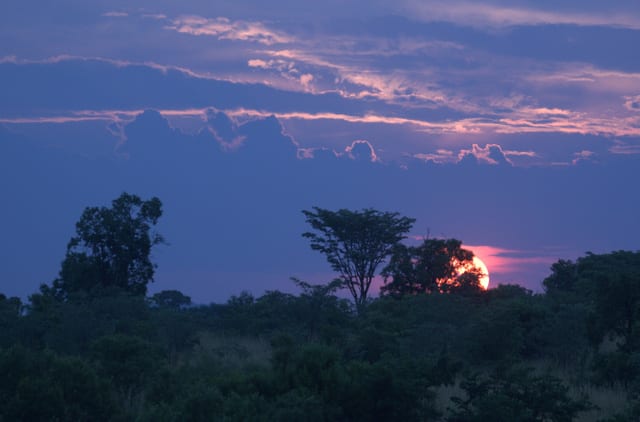 As sure as day follows night, this too shall pass…eventually. It might take longer than expected and darker days might lie ahead, but we need to lift our eyes to whatever brings us spiritual contentment and hope that the New South Africa becomes the New New South Africa for the benefit of all our citizens.

Unless otherwise stated,all images are the copyright property of

From my image archives 1

To blog or not to blog? Is that REALLY a question?

Spionkop Lodge, the final destination on our KZN roadtrip

#Movemore Challenge. I look back at week 4.

An overview of our Turkish trip booked with Medhills Travel

21 tips to make your travel stories enticing… or not.

Can you go home? I visit my childhood home to find...