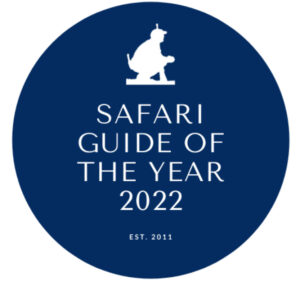 Hosted at the Southern African Wildlife College by Bushwise, dressed by Ruggedwear and organised by FGASA. 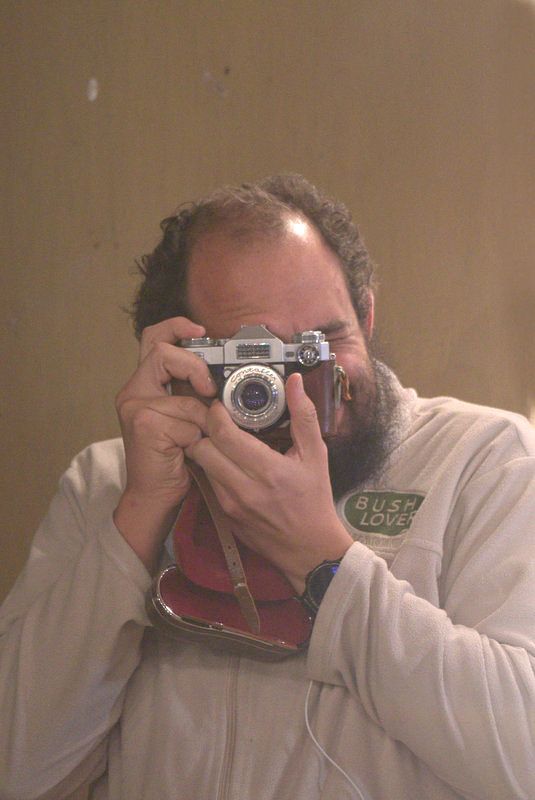 One of the Wildearth crew used an old 35mm film camera to capture the action.

I would have liked to see the results, but unlike digital, they would have to be handed in to a specialist photographic store for D&P…and that could take a while! 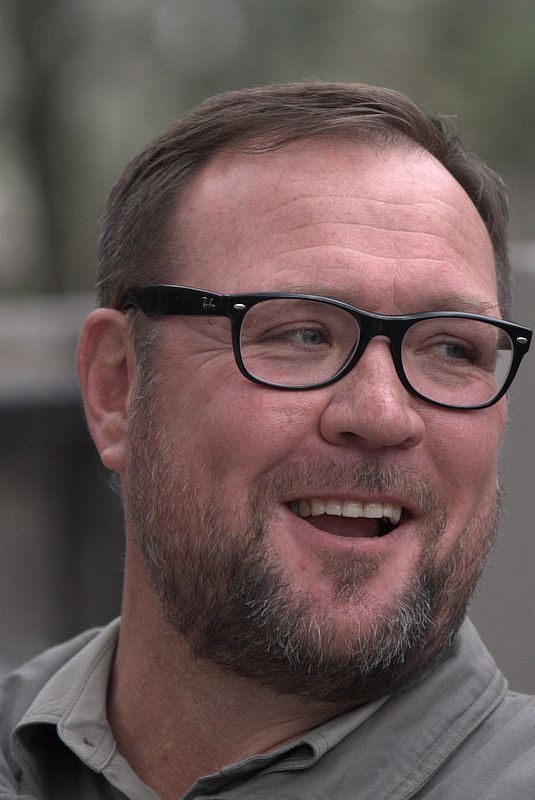 Gawie was a contestant back in 2011, this year he was a guest judge. 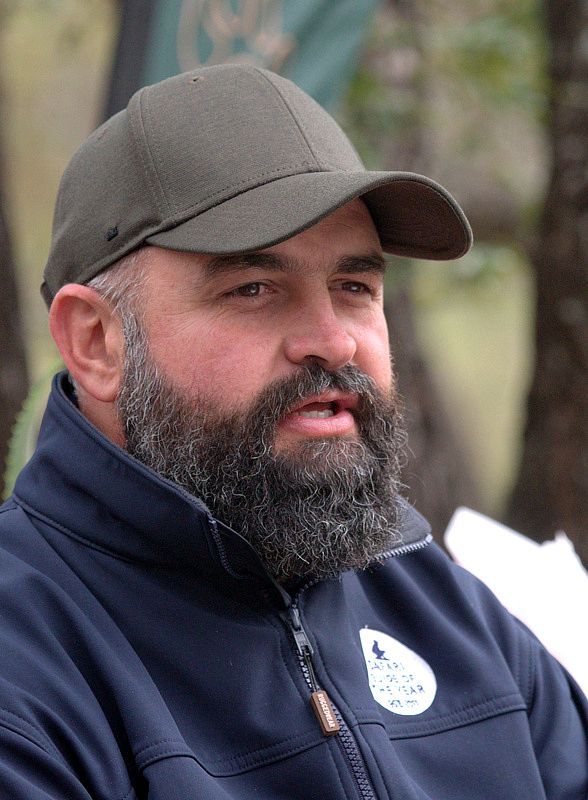 Juan, the quiet judge…but when he did share his knowledge, you better have a pen and paper handy to take notes. 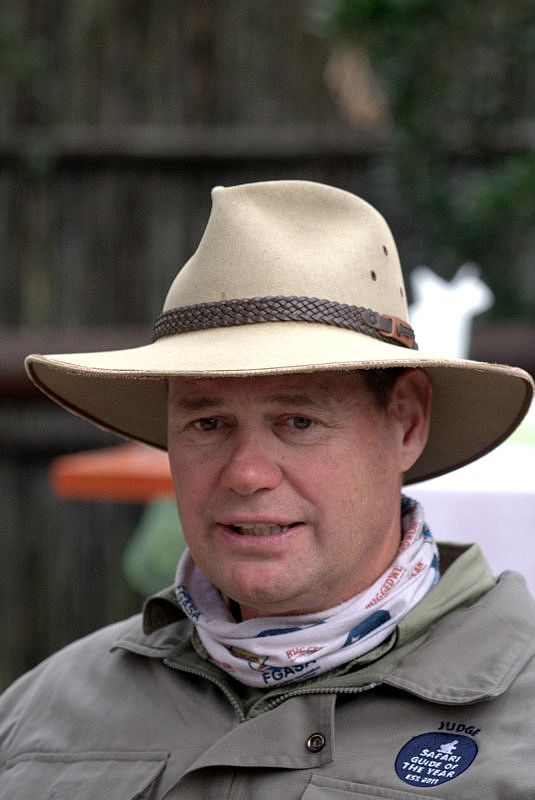 Judge and Ruggedwear brand ambassador and shirt designer, James, relaxing for a moment between the variety of tasks that he was in charge of. 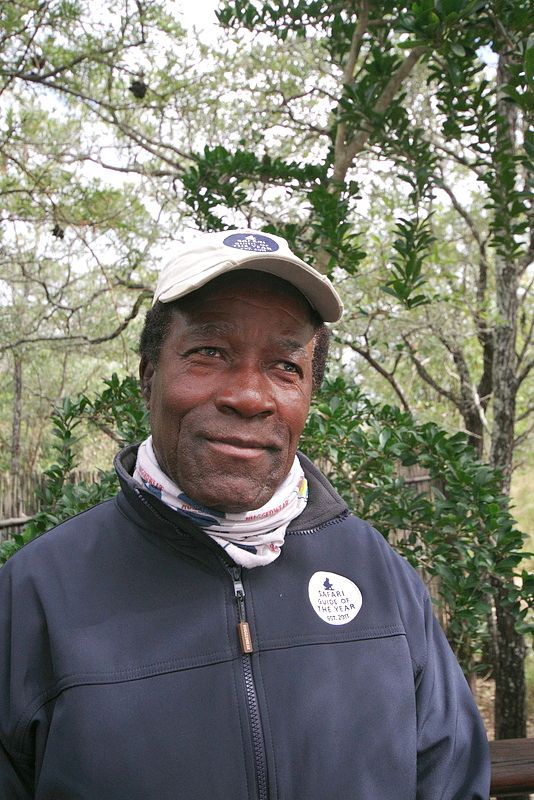 Lucas, was there to judge the track and sign assessments.

Another quiet judge, but one with years of bush wisdom that he was keen to share.

And a wicked sense of humour. 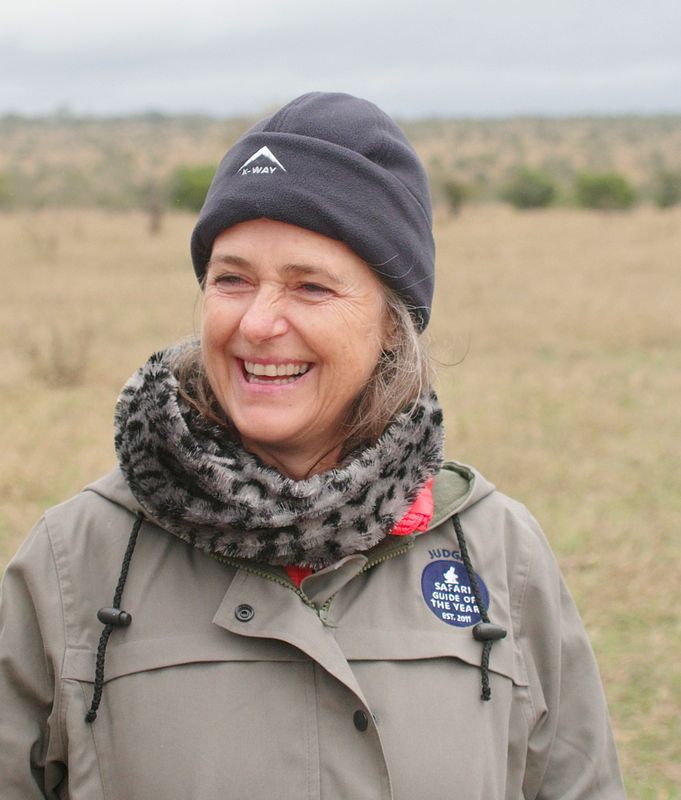 This competition would not have achieved the accolades and recognition that it has were it not for the MD of FGASA, Michelle.

Not only was this her ‘baby’, but she was also one of the judges.

Just HOW many hats can one person wear? 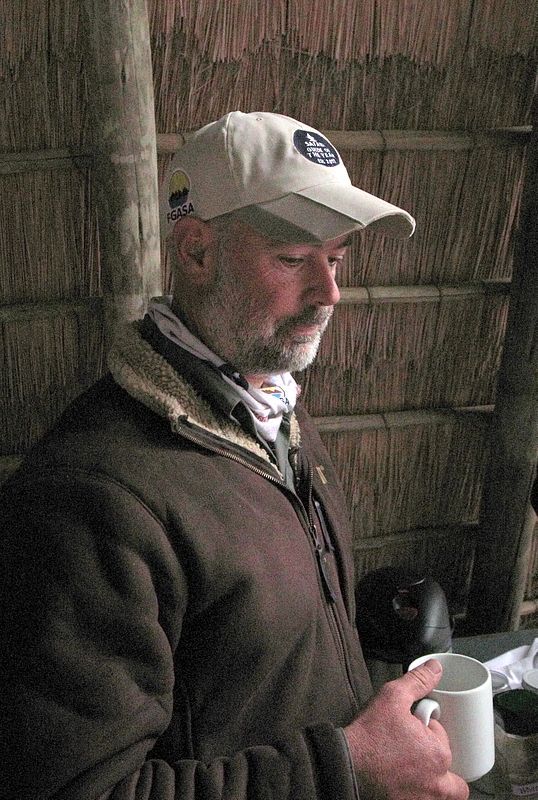 A contemplative moment for Mike who started Safari Guide of the Year back in 2011. 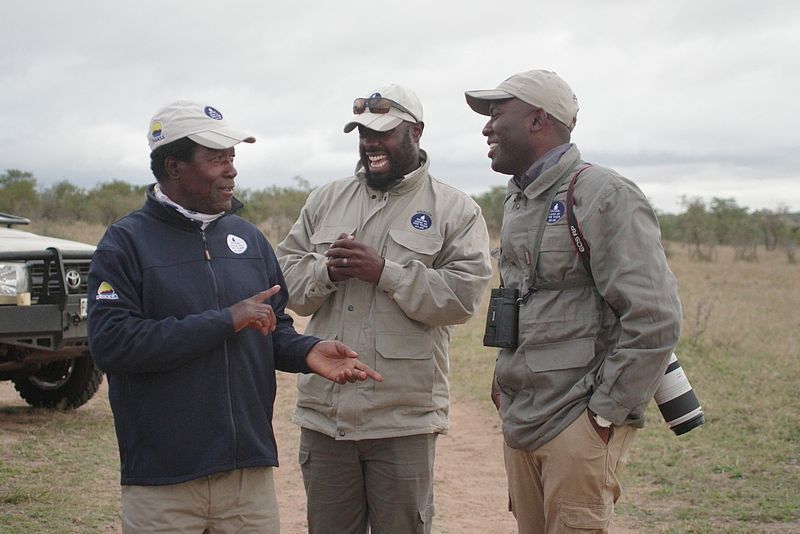 Lucas, one of the judges, Finalist Solomon and the Safari Guide of the Year 2021 winner TJ share a moment. 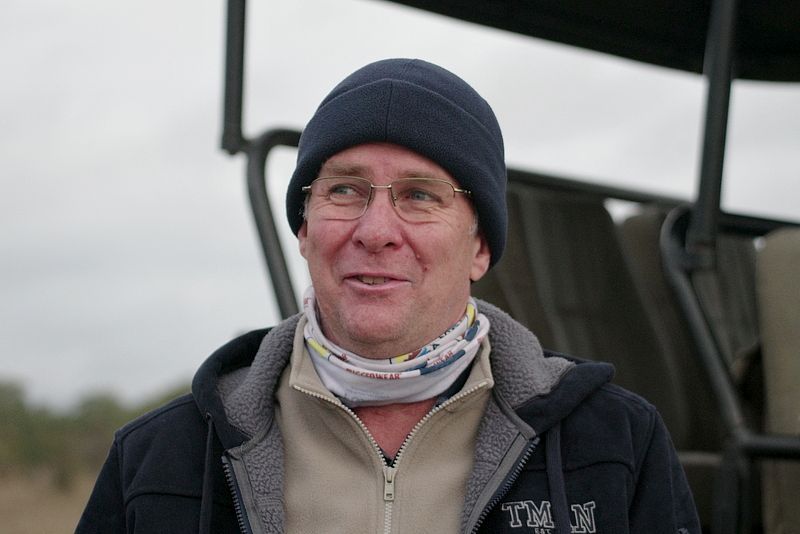 Howard, MD of Ruggedwear, the apparel sponsor of Safari Guide of the Year 2022 was asked to describe how cold the weather was on the first afternoon

As you can see, I do believe that the word that he was trying to pronounce started with an “F”! 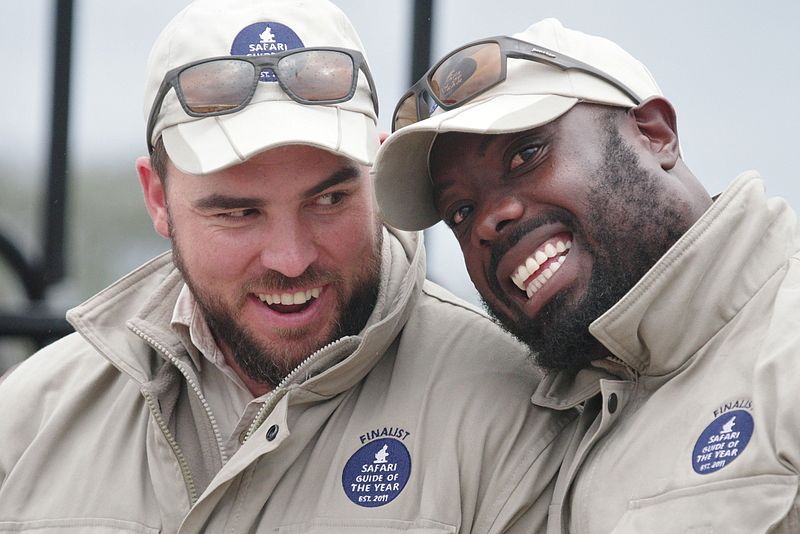 Liam and Solomon, two of the Safari Guide of the Year finalists taking a moment to share ‘something’. 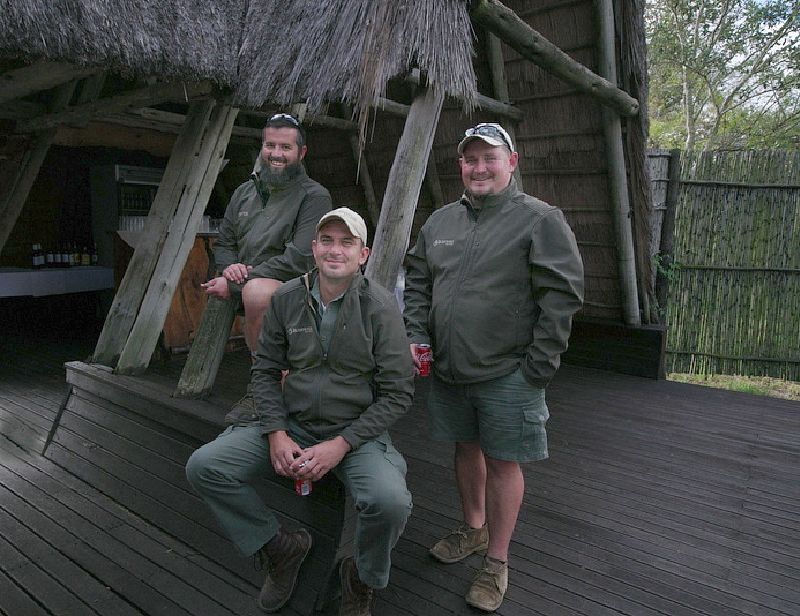 Riaan, Francois and Darryn, are not quite the Three Musketeers.

A week of competition and I was only able to catch Darryn on camera this once!

Not certain what his other skills are like, but he is excellent at camouflage. 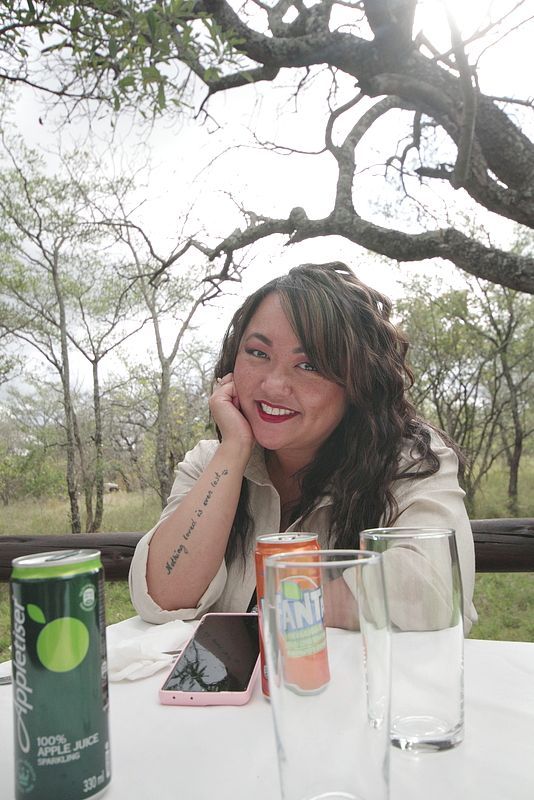 All the way from the USA, Elizabeth with her trusty cellphone camera.

She is lucky to still have it as it dropped off a vehicle during a drive and luckily for her, it was retrieved by a second group who were on the same road later that day. 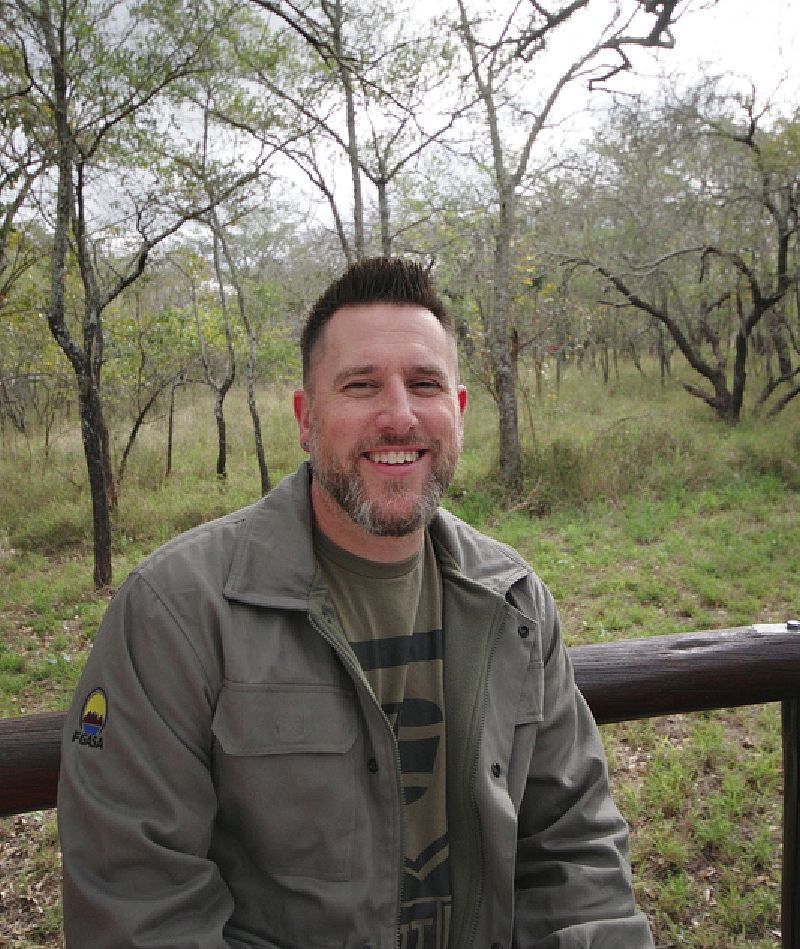 For those who know James, you will realize that there is something missing from this picture.

Yup, his trusty Canon camera and lens seem to be more of an extra appendage than a kit that gets carried around.

He and Elizabeth are a couple and are returning sponsors of Safari Guide of the Year.

It was good to see them again and to have time to chat and get to know them better. 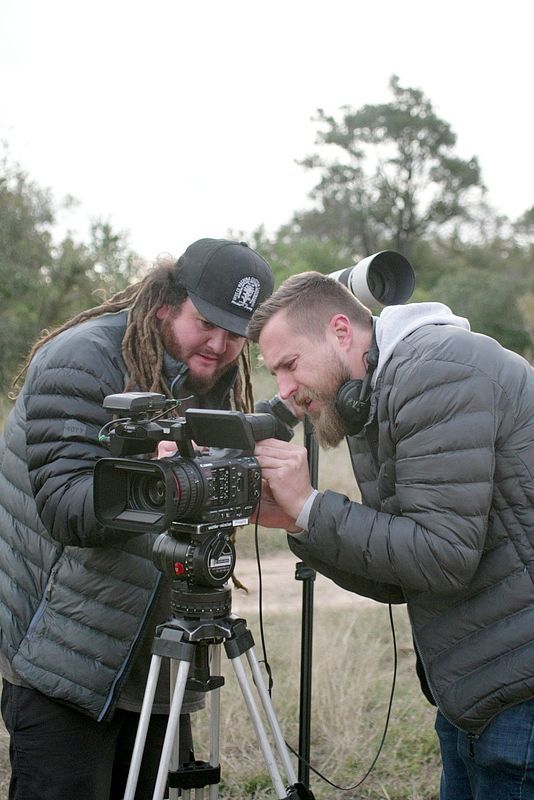 Okay, so this image needs some explanation…

On the day before Safari Guide of the Year started the camera crew from Wildearth were out filming interviews etc, but they were having issues with trying to find the audio jack on a camera that they were unfamiliar with. (This was one of the units loaned by Canon)

I stood quietly by as they searched in vain for the ‘missing’ input jack.

Eventually, I COULD take it no longer (as I had spotted the illusive hole) and I stepped in to ask in a quiet voice if the jack that they were looking for was on the side of the camera and was CLEARLY marked with a diagram of a pair of headphones!

Much laughter ensued and the interview was completed without any further incidents. 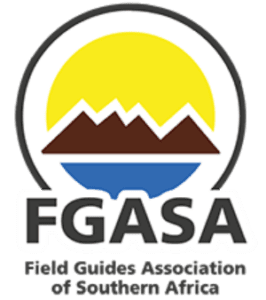 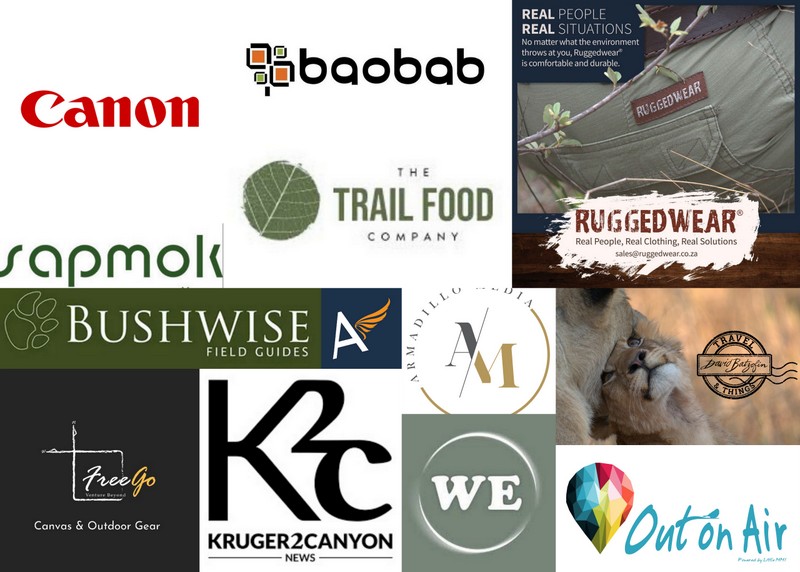 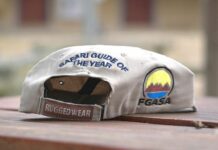 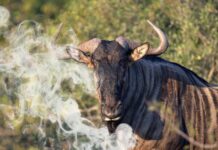 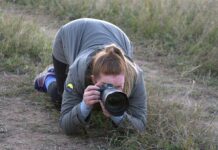