Probably the fact that I started a course with them about 20 years ago…and I have yet to complete it!

This article first appeared in The Wildlife Campus magazine in November 2021. 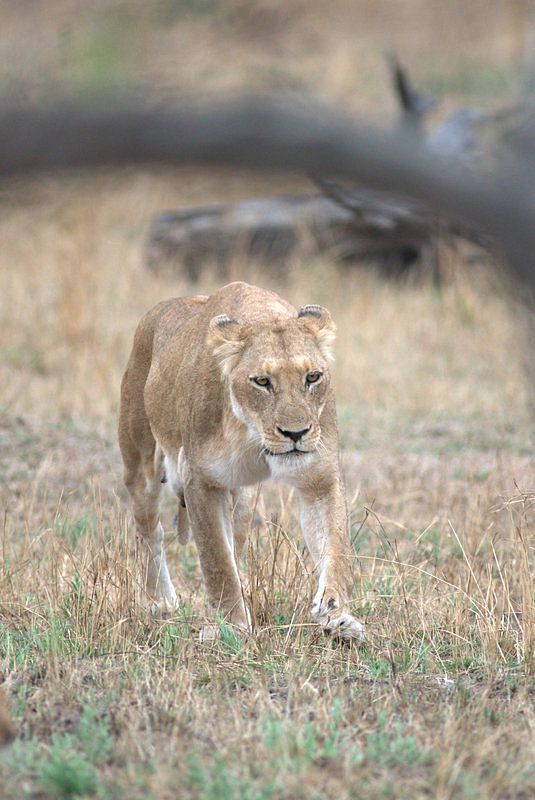 Do you ever have a craving for a certain snack and when you go looking for it, it is unavailable? You are salivating for something sweet and all you can find in your pantry is decidedly savoury? Do you have to change your entire mindset to accommodate that sensation to enjoy what you have, rather than what you wished for? 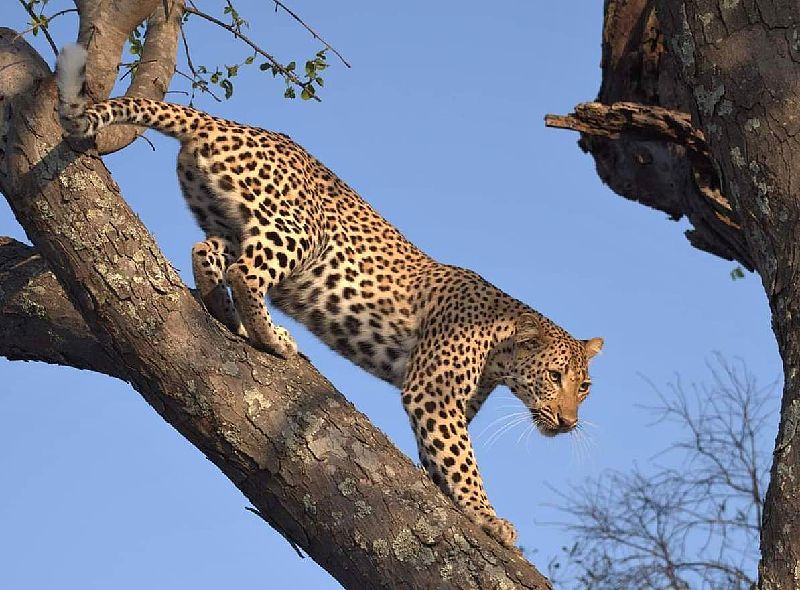 I found myself in a similar situation recently when I headed off to a private reserve well known for leopard sightings. On previous visits to the area, these elusive predators were falling out of the trees in front of my lens.

But on this trip…not a SINGLE sighting! So, much like my sweet/savoury snack analogy, I had to enjoy what I did get to see rather than what I had been hoping for. 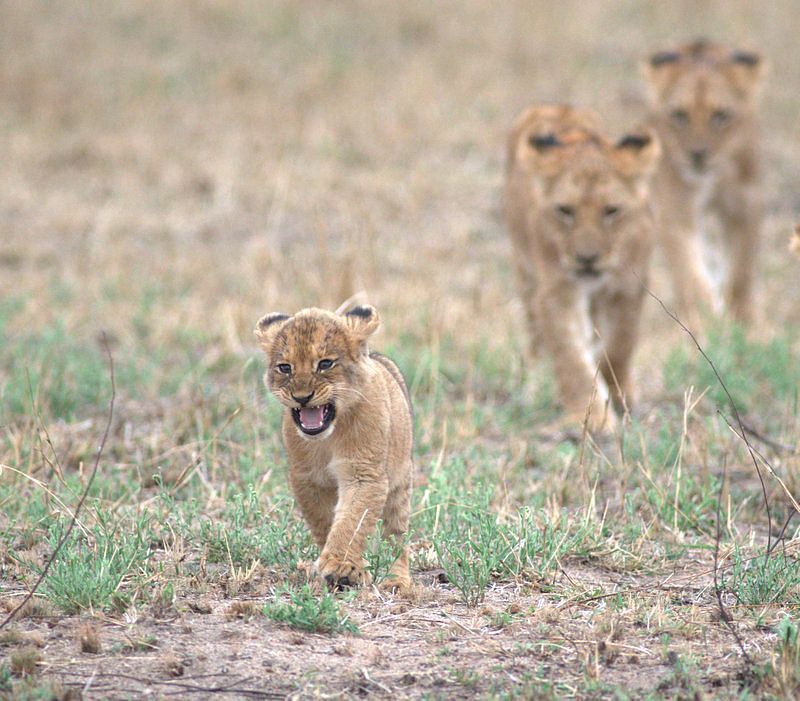 Luckily, it was a large pride of lions that captured my attention and I was even more grateful to spend time with them over 3 days of game drives. 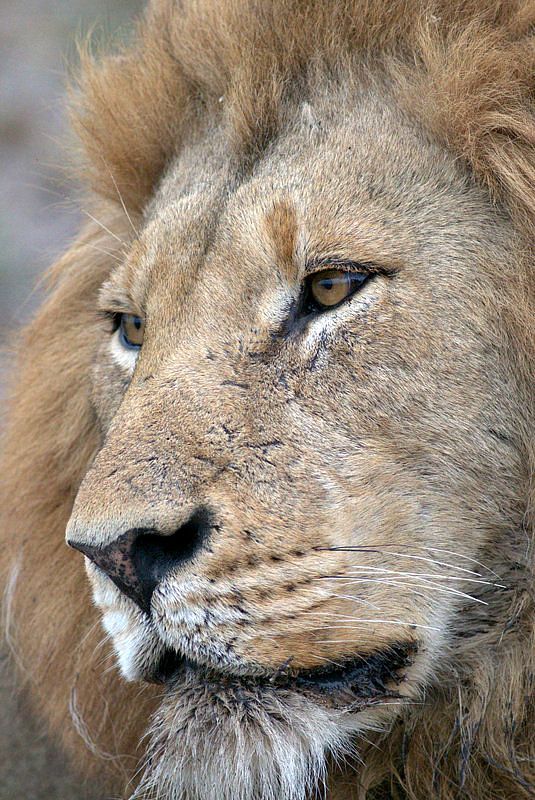 To get the images that I was looking for, our vehicle was between the sleeping pride and their food, which caused one of the males to saunter over to investigate us and then plonk himself down under our rear tyre. Being that close to a large male is intimidating and we all hoped that he would not stay there for the rest of the day. Luckily for us, his full stomach made him restless and he only had time to show us his teeth before moving off to snack on the buffalo remains. 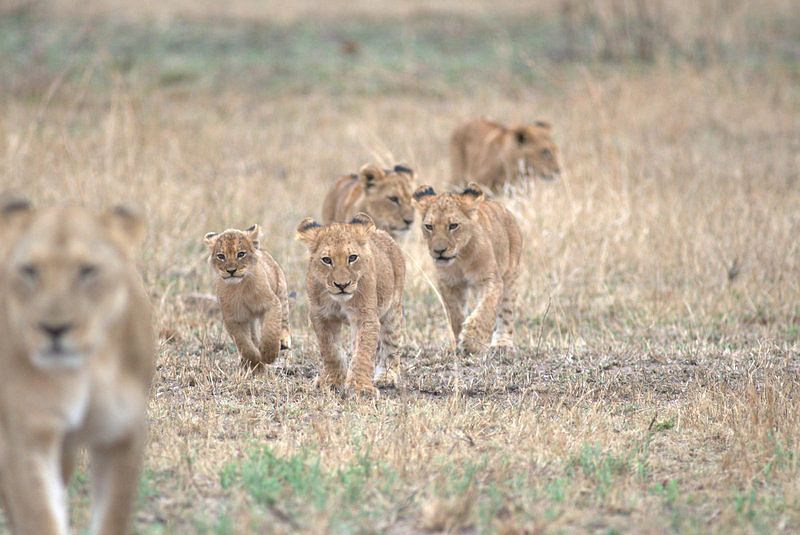 It was only a matter of time before at least one got annoyed enough to let her true feelings be known and got up to try and find a cub-free area.

We left the pride all panting heavily with swollen bellies, lying in the shade of a thicket not too far from where the buffalo was lying.

We returned to the carcass later that afternoon and, like the lazy cats that they are, the pride was still almost exactly where we had left them. The only difference was that there was less of the buffalo and what remained of the carcass had been dragged closer to where they were lying. 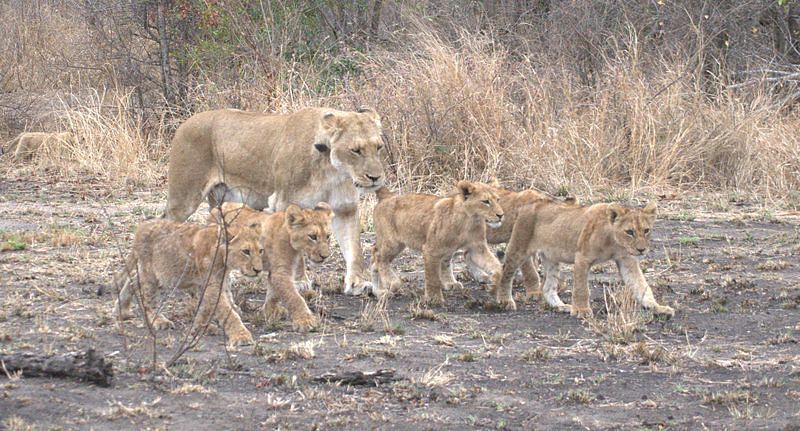 My most recent lion sightings have either involved single animals or at the very most, a limited number of individuals, seen sleeping under bushes or trees. But this pride consisted of 11 cubs and youngsters, ranging in age from 3 to 7 months. 3 enormous females, who were the birth mothers of the cubs as well as 3 males, who between them, had fathered the 11. 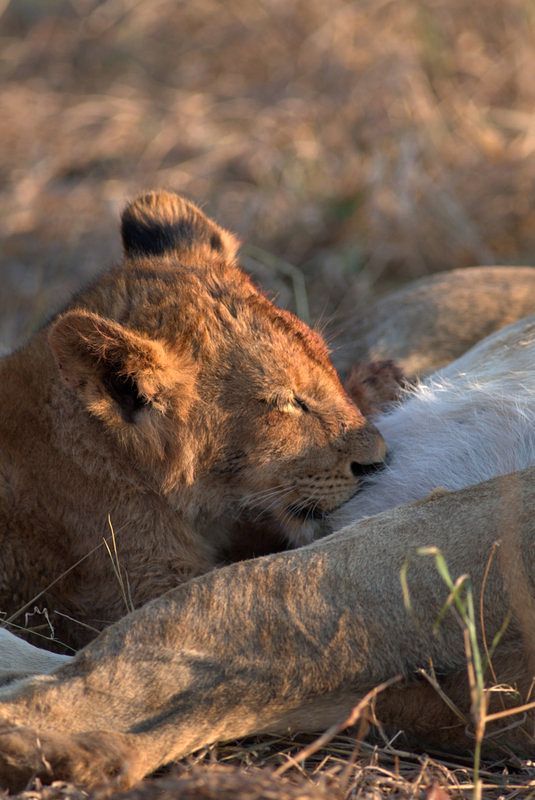 The cries of the smaller cubs mixed with the grunts and snarls of the older youngsters and the adults as they fought and squabbled over the best parts of the carcass. As the kill was still fresh, there was still more than enough to go round and the individuals would eat and then stagger off with tummies full to lie in the nearby shade. Of course, the tiniest of the cubs were supplementing the solid food with milk from the mothers who were not happy at being constantly disturbed by being nudged, none too gently, by eager mouths looking for a nipple to latch onto. 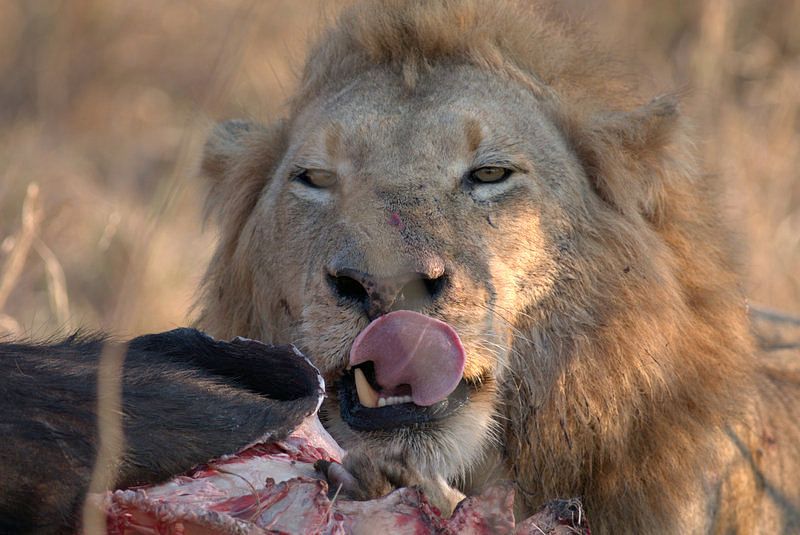 My field guide and tracker first found the pride on a fresh buffalo carcass and with so many mouths to feed, it had to be that large as an impala would not have been sufficient or worth the effort. 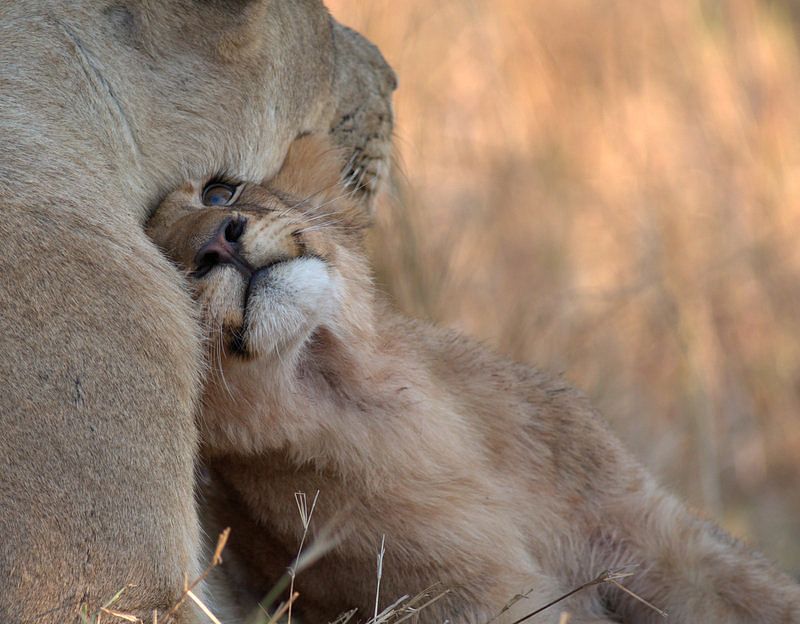 But, as they say in TV adverts, “That’s not all”. Lo and behold, we came around a corner ad found the rest of the pride heading for a nearby waterhole.

Now that their hunger issues had been resolved, the mood between the females and the cubs was far more relaxed and playful. 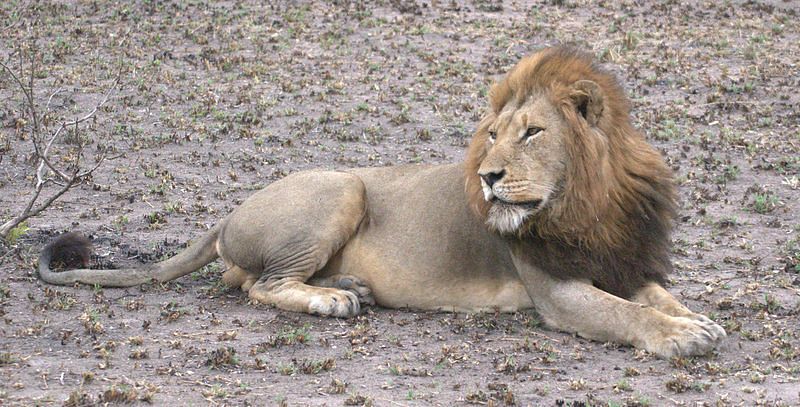 On our final visit to the carcass, we found that the pride had departed and a flock of vultures had moved in and were busy picking the remnants of the meat of the rib cage.

We headed off and before long we found the 3 males lying out on an open plain, still with large bellies, but without the females or the cubs to irritate and annoy them. Time out after being such good providers I suppose? 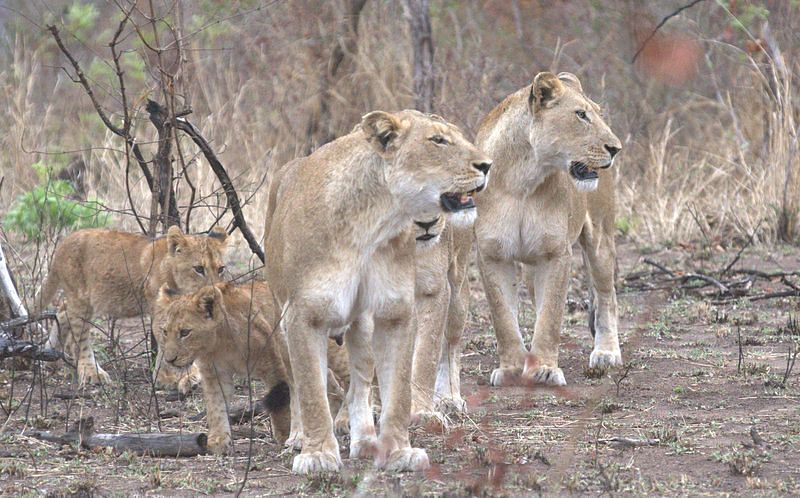 We followed them for a short while until they crossed a road that took them into another property where we were unable to follow them.

It was an exciting extended series of sightings that I will remember for a long time. I do hope that all of the youngsters survive and go on to become healthy adults with families of their own. 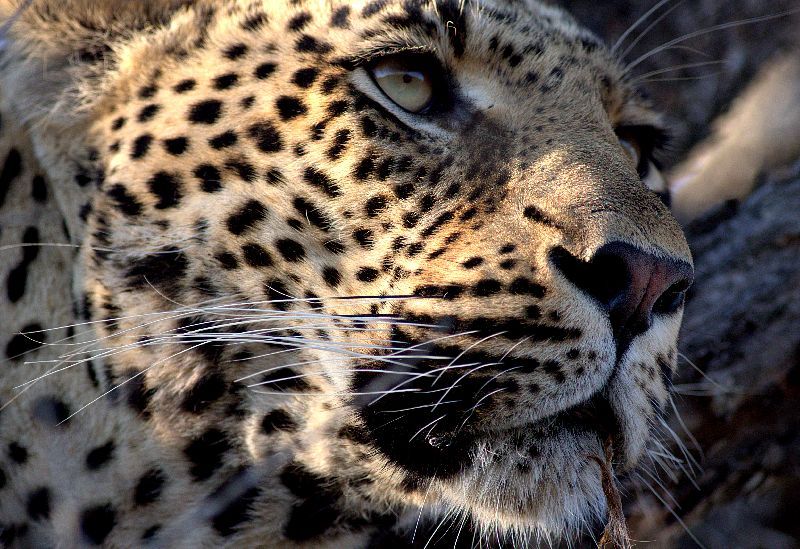 And the leopards? There will be another time for them…I hope. 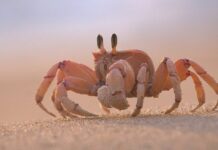 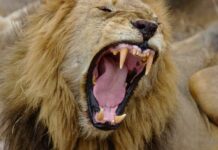 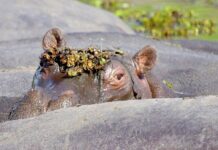