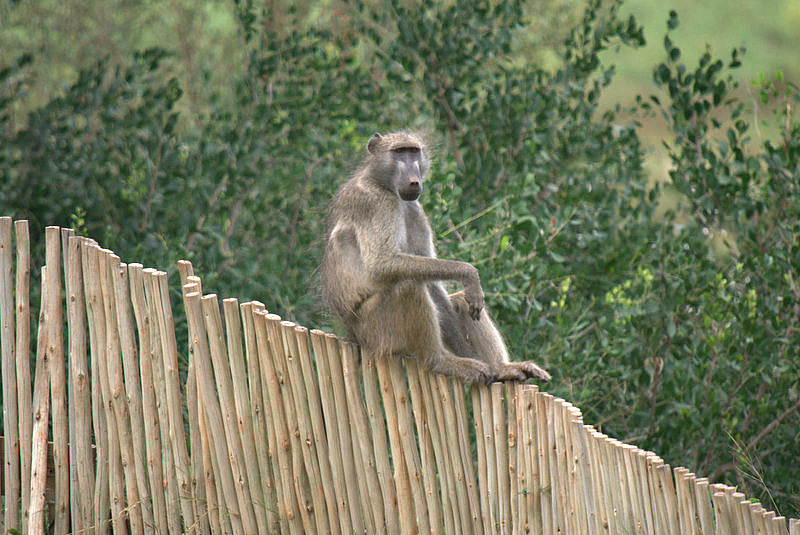 I wondered as we drove into the grounds of Maninghi Lodge if this baboon was there to oversee my parking prowess or to check if I had food.

It turns out that he was there for neither reason as he and the rest of the troop took off as the lodge staff approached to welcome us to Maninghi Lodge.

Once again our Google maps had taken us to a point and then abandoned us to go round in circles taking in a series of vantage points and eventually sending us to the lodge via a scenic route.

Luckily for us, the resident guide was on her way back to the lodge and we were able to trundle in behind her and her guests.

So all’s well that ends well, but we do seem to be making a habit of this which, obviously leads to tension within the car until the situation is resolved and we can laugh about the extra km/time. 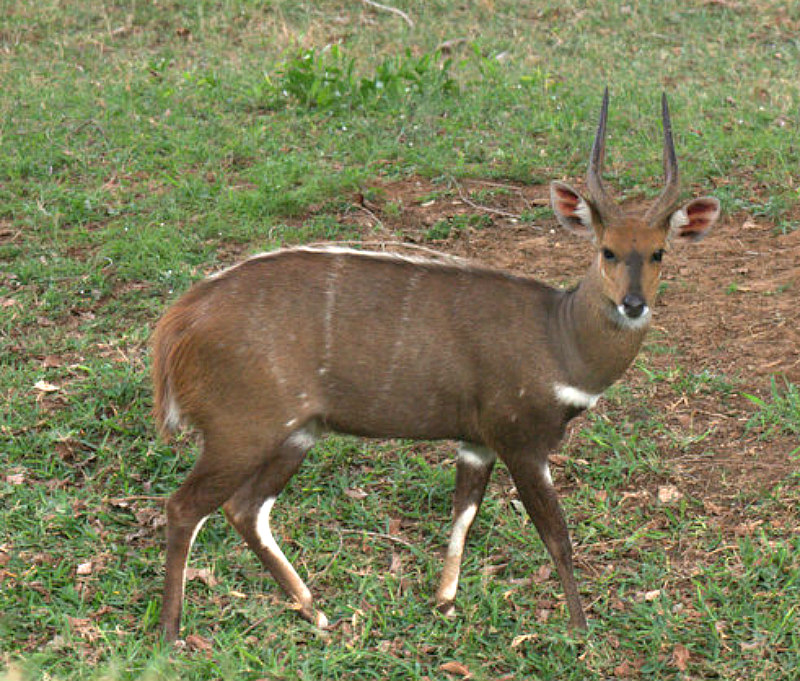 This rather inquisitive young Bushbuck male followed us as we walked from the car park to the main lodge where a clipboard of paperwork had to be completed.

I was less than 50m from our car to the deck, but his eyes followed us just to make certain that we meant no harm. 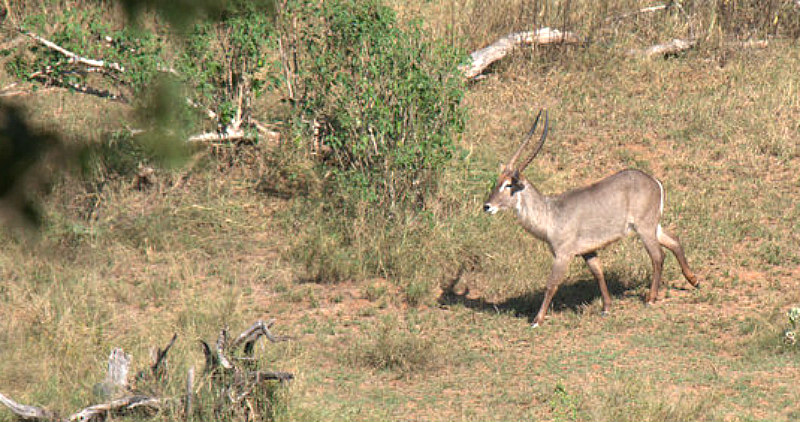 Most of the wildlife action took place on the far bank of the Olifants River that flows (faster than I expected) past the front of the lodge.

This waterbuck was just one of many that ‘paraded’ past us on an almost daily basis. 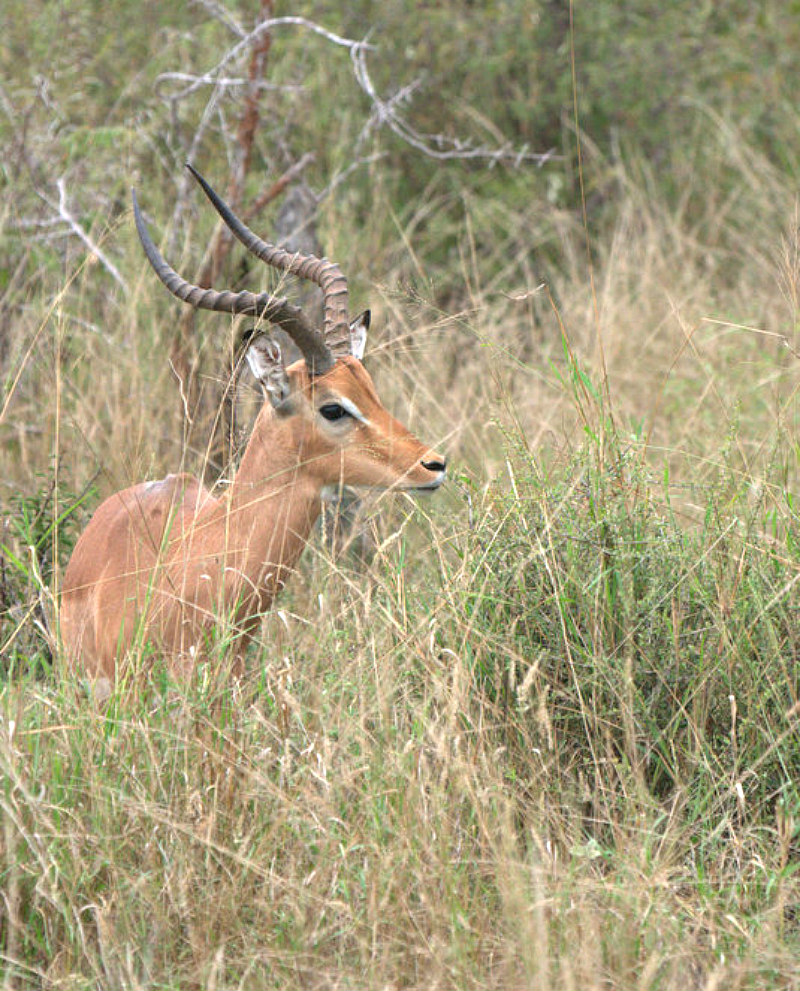 It was rutting season for the impala when we visited and if you have never heard the sound of a testosterone-fueled Impala ram, then you are in for a surprise!

The noise, which is a mix between a grunt and a bark seems to go on both day and night as the rams fight for dominance, females and mating rights.

The problem for the rams is that they are so focused on procreation that they tend to forget to eat, they lose condition and often become food for the local predators. 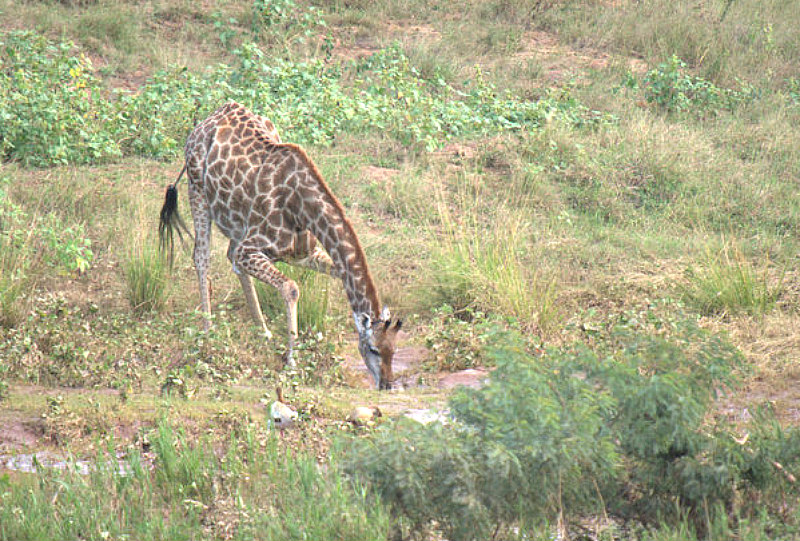 Talk about delayed satisfaction. Giraffes can take forever to bend down to drink as they make certain that there are no threats in the area.

That being said, they can be erect and off in a heartbeat if they believe that they are in imminent danger. 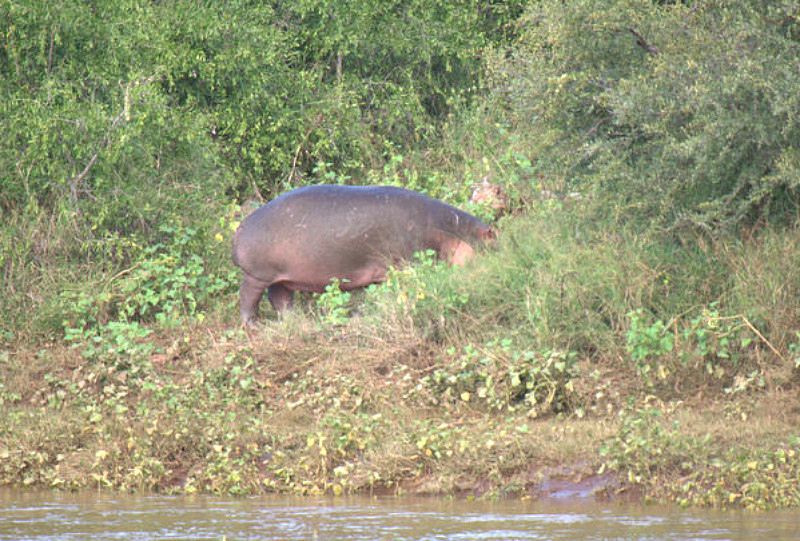 The most dangerous time is when hippos start to leave the sanctuary of the river and wander off into the vegetation to spend the night eating.

It has been stated that hippos are the cause of more deaths on the African continent than all of the Big 5 combined.

This is now being questioned as it has come to light in a study that possible unrecorded crocodile attacks might be adding to that statistic. 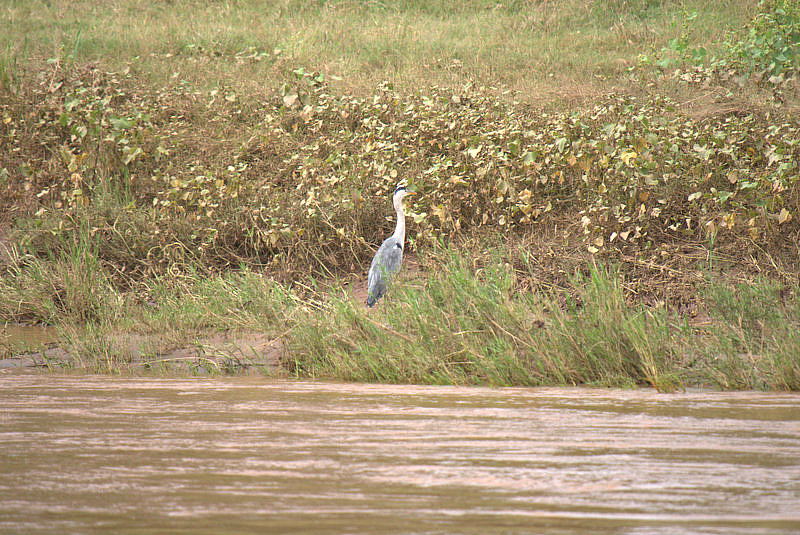 A heron that seemed to have made the far bank its home and was there every day. Strutting its stuff while searching for food in the reeds. 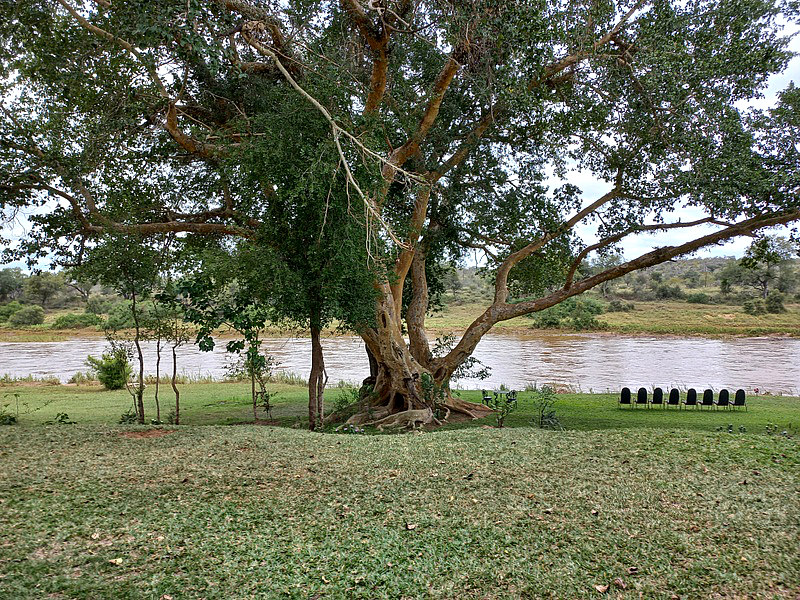 This tree was home to a variety of bird species as well as the resident troop of baboons.

Breakfast was served in the shadow of its branches and it was a joy to relax either on the grass or in one of the chairs and doze off as the river flowing by. 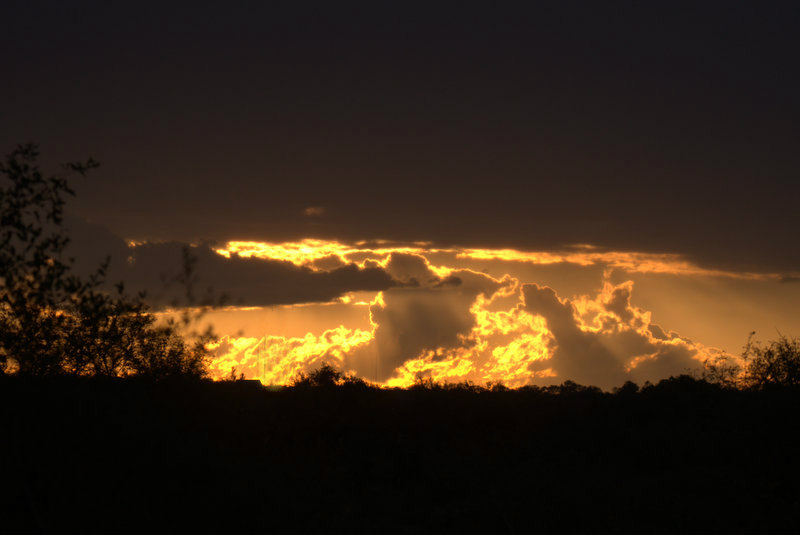 The sunsets in this part of the Lowveld are certainly spectacular. 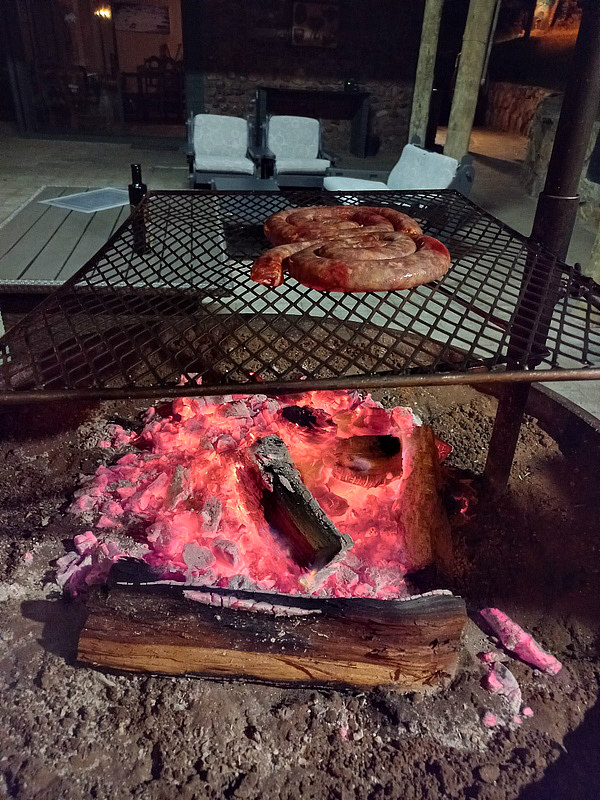 Forget “Put another shrimp on the barbie, Sheila”, we here in SA do a braai properly. 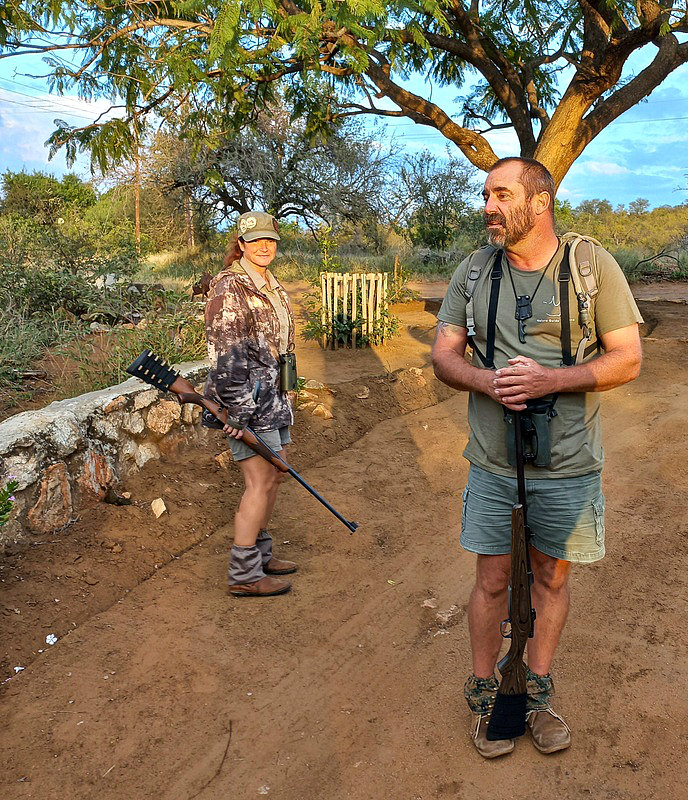 We were extremely lucky to be led on a trail walk by two of the most qualified tracking guides in SA. Dr Kersey Lawrence and her fiancee, Lee Gutteridge.

Their knowledge and bushcraft expertise is an experience to be a part of. 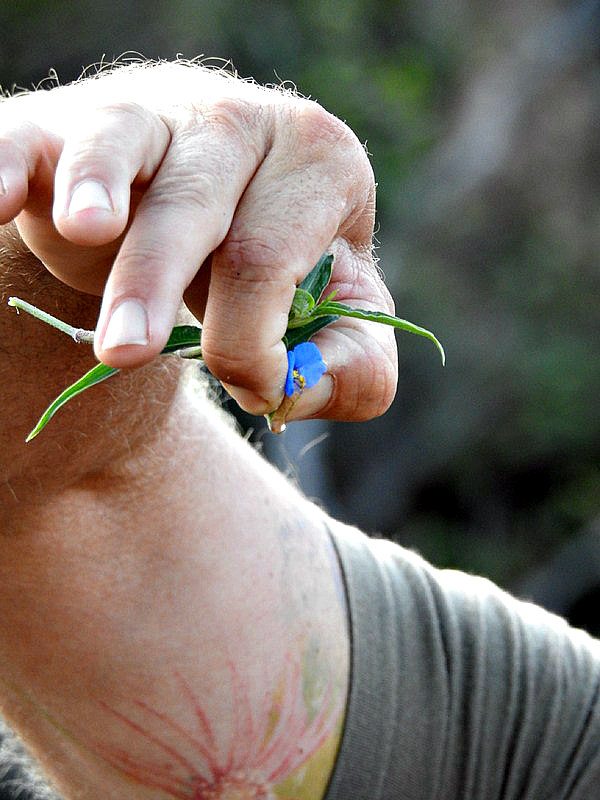 With thanks to Cherie Binneman for the picture.

Lee picked this Blue Commalina and gently massaged a drop of liquid from it. He said that he uses this as eye drops, but did not recommend that we try in case we were allergic.

There is a small amount of sugar in the water, so I am certain that it could also save a life if water was an issue. 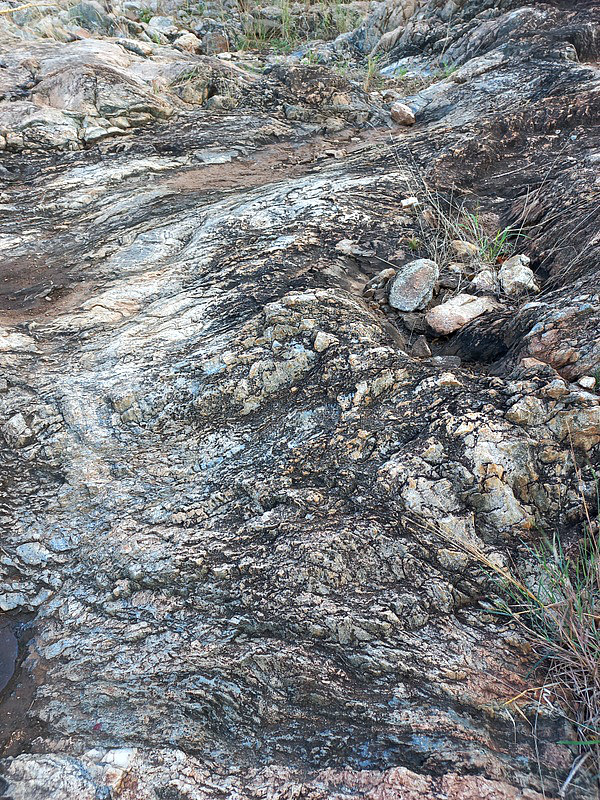 Lee can talk for hours about rocks and rock formations. This is possibly why he has just published this book… 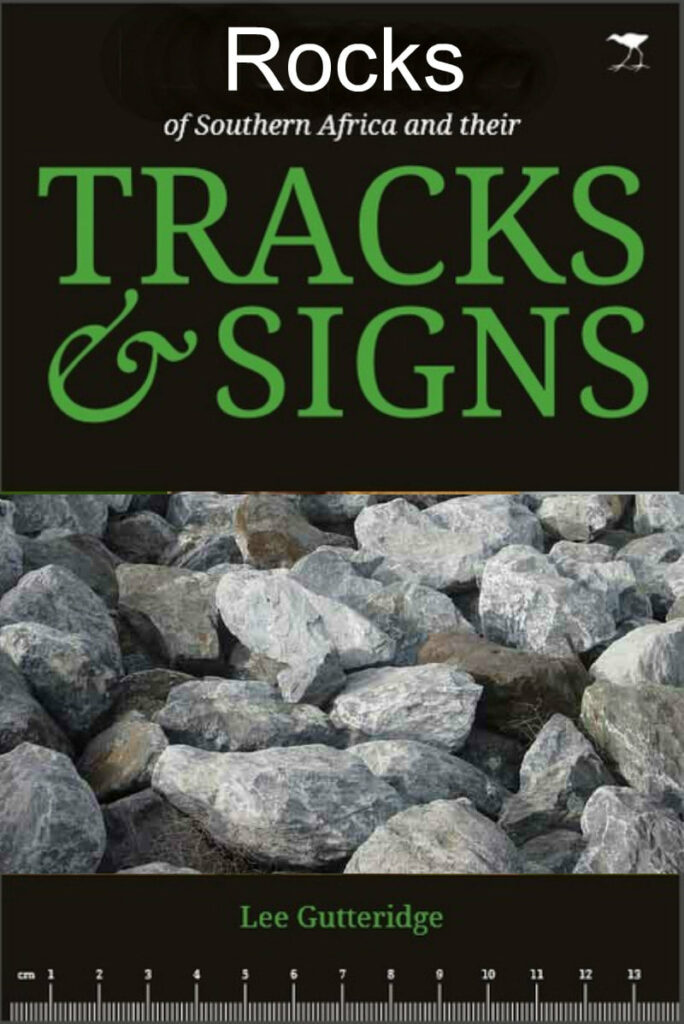 A brand new book from Lee Gutteridge hits the shelves today!
One of South Africa’s top tracking specialists has done it again. Following hard on the heels of the second edition of his iconic Mammals and their Tracks and Signs, comes a book that will stun and amaze his many followers and fans.
Rocks of Southern Africa and their Tracks and Signs take tracking to a whole new level. In this book, Lee, with the help of specialist photographers has recorded a myriad of tracks of a variety of different rock types. Did you know that igneous rock can move at a speed of 0.000000000000000000001mm per year? Unable to be caught with the naked eye, time-lapse photography has unlocked the world of moving rock.
More importantly, it will reveal why rocks move. Having no real natural enemies, other than water, the elements and erosion, they don’t have to move, but they often do.
Is it done to seek new territory? To claim mating rights? Or just because they want to re-orientate themselves during the seasons, we are now able, thanks to this informative field guide to better understand why they do what they do.
It seems that the biggest threat to the ongoing survival of the various species is humans picking up rocks and either throwing them, kicking them or the most damaging of all, removing them from a biome to place is a collection in a home or museum.
There is a chapter on what should be done to help captive rocks to return to the wild and how Pet Rocks can be rehabilitated to once again roam free.
The chapter that attracted my attention was on rocks that are found in urban gardens. Lee has been able to categorically prove that Penlindaba rock does indeed flourish in an urban setting. So much so that it will multiply and take over a garden if given the opportunity. Who knew!
Lee, as in his other three books in this series (Tracks and Signs of Birds, Mammals and Invertebrates) has taken a subject that has been ignored for too long and brought it to the attention of those who frequent the natural areas of South Africa.
The book can be obtained at a special discount direct from Travel & Things. 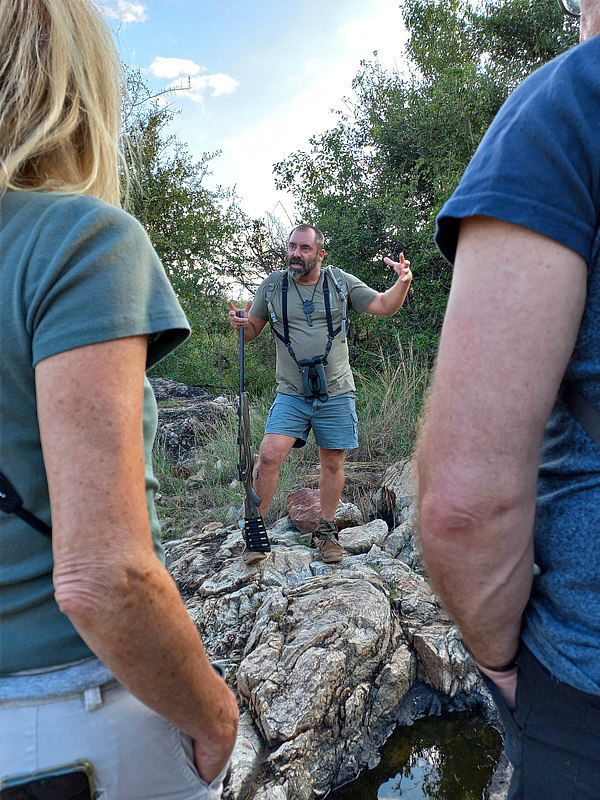 More explanations about things that we ‘non-bush-savvy’ people know nothing about.

These trail walks are not about speed or distance, they are all about looking, listening, and learning.

Although we were away from camp for more than a couple of hours, we only covered just over 2km. 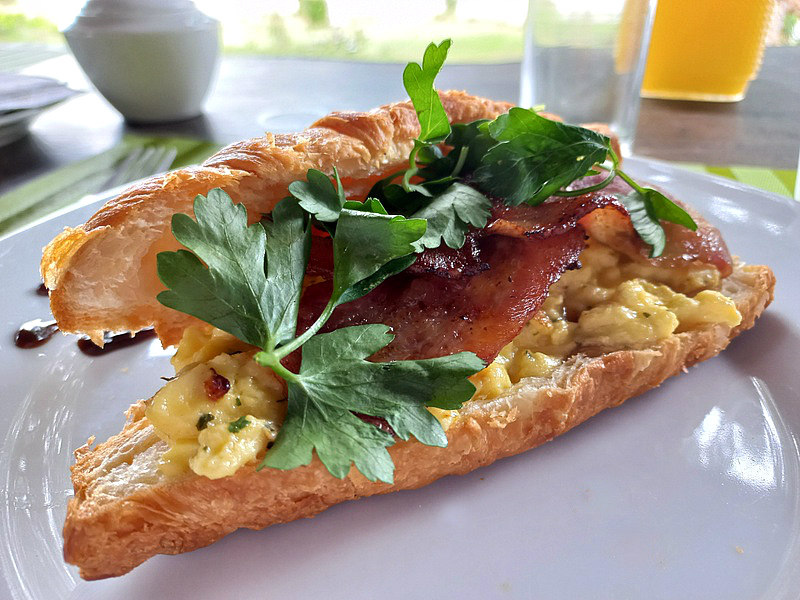 And we returned to this delicious breakfast which was a highlight.