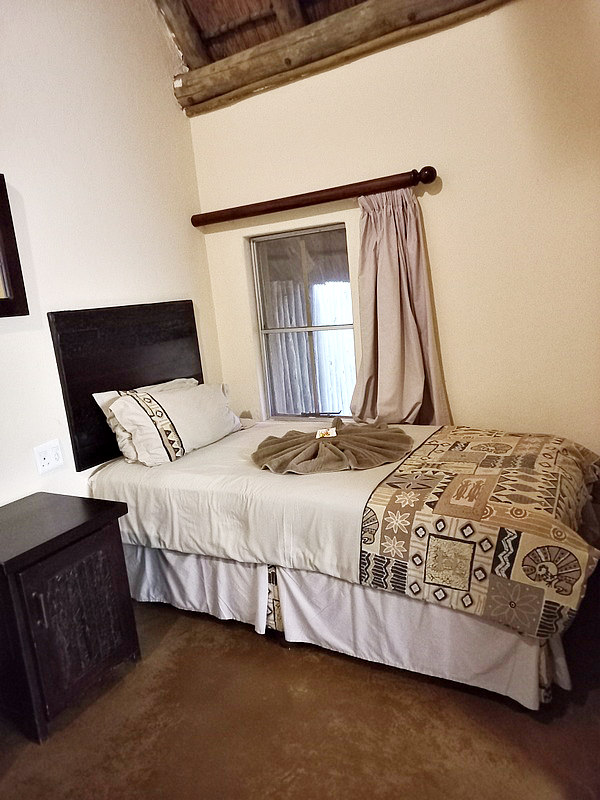 I was confused when I awoke in my accommodation as I had just returned from a road trip to KZN and was literally at home to repack my suitcase before heading up to the Lowveld to spend time with the Bushwise trainers and the current student intake.

So my confusion was compounded when I looked out of the window and saw bushveld and not a part of the Drakensberg mountain range.

But a cup of coffee soon got my brain into gear and I was ready for whatever the day had to offer. 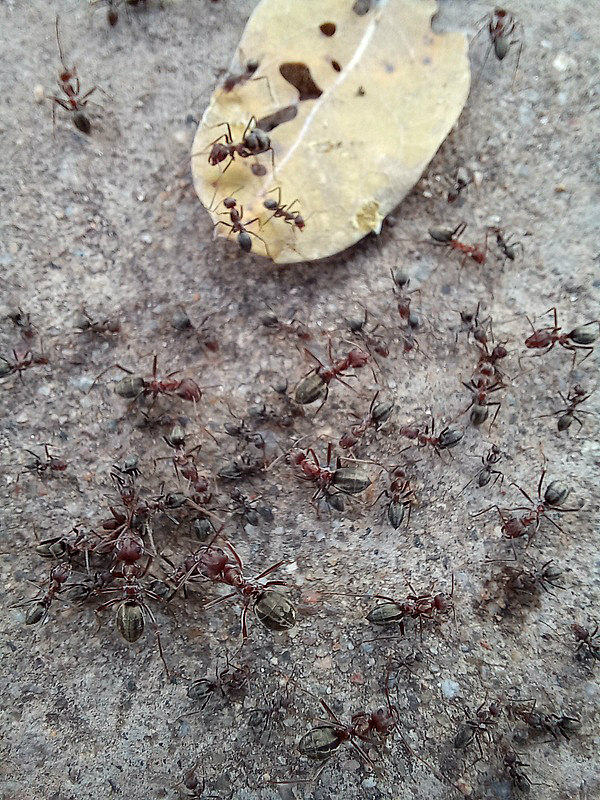 It is not always about large and dangerous game species! I took time to watch these ants go about their business on the pathway that lead to one of the classrooms, where the first activity of the day was to be a series of lectures on topics that the students would be writing exams about. 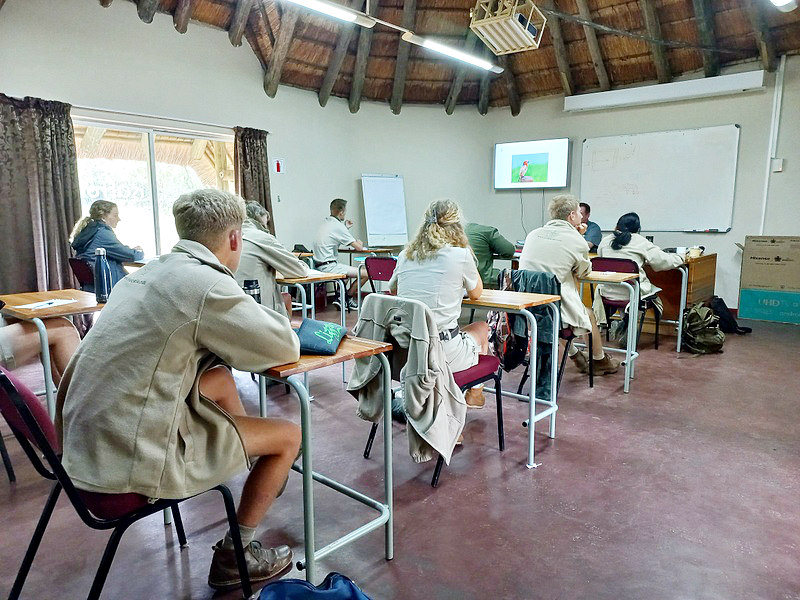 I sat in on a couple of lessons with these Bushwise students. The reason for the unplanned classroom sessions was that the weather was not cooperating and the first two days were raining and overcast and not conducive to outdoor activities. A necessary part of any course, but like me, I am certain that the students were chomping at the bit to get into the field.

So as soon as Darryn, one of the trainers said “GAME DRIVE” there was a scramble to pack away books and head off to the vehicles. 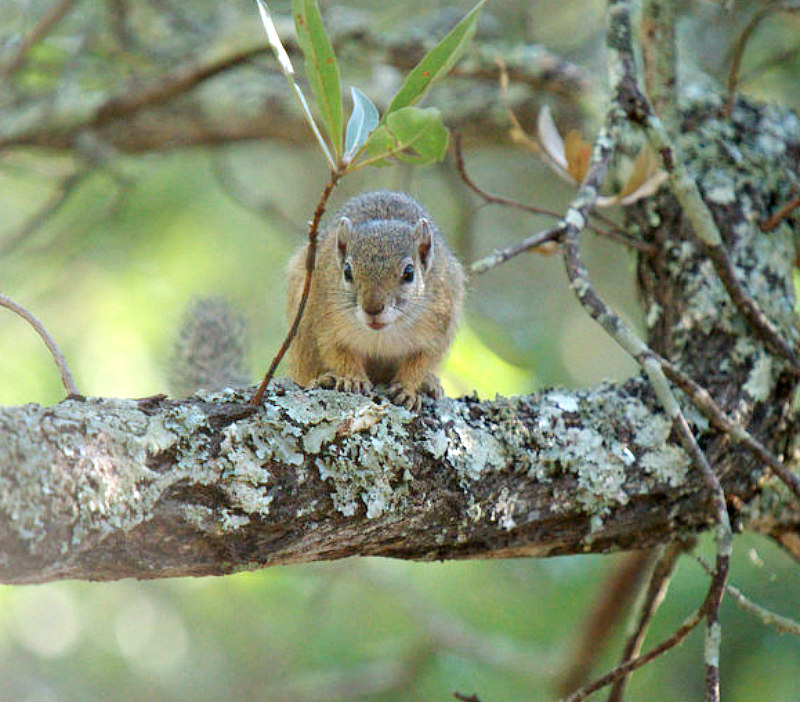 As we left the classroom to head toward the game viewing vehicles, I could not shake the feeling that I was being watched. And not by either the trainers or the students.

Finally, I looked up and discovered this squirrel chattering angrily on a branch above my head. 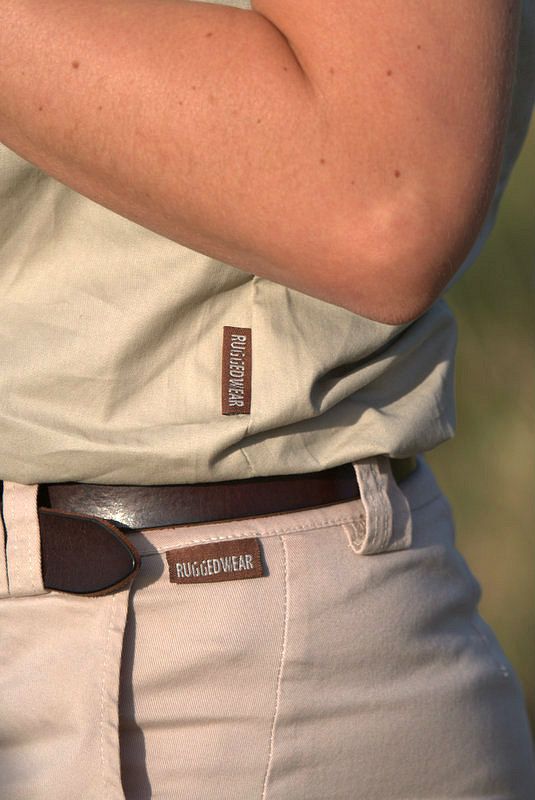 A proudly South African product. Real people, real clothing, real solutions. Ruggedwear is the go-to brand for those who live and play in the guiding industry.

All the Bushwise students that I interacted with on the drive were wearing their Ruggedwear clothing with pride. 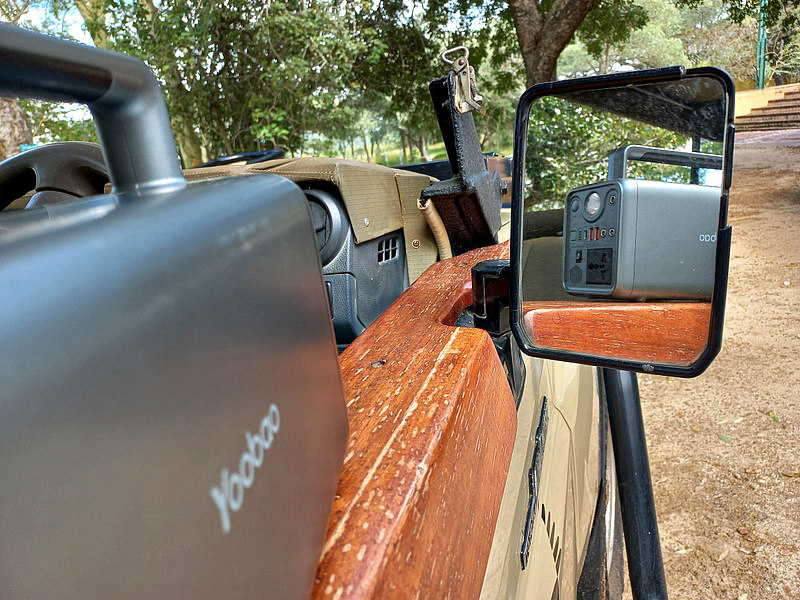 Whenever I head off to a bush destination or a training provider, this important piece of kit comes with me.

This unit has been with me to guest houses, lodges, beach destinations and now the bush.

To find out more about what it can do for you both on the road and at home during load-shedding, read this post that I recently published. https://travelandthings.co.za/2022/02/yoobao-quick-charging-power-station-300w-from-baobab-a-review/

This particular drive was conducted by one of the students under the watchful eye of the Bushwise trainer Francois. I have to say that I found the drive to be informative, educational and entertaining. 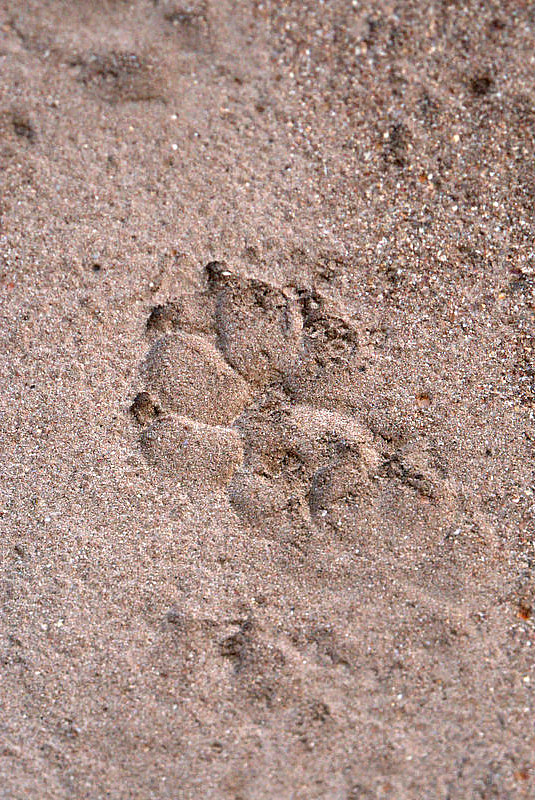 Can YOU identify this track? Answer at the end of the post.

To give you a hint, it is a predator… 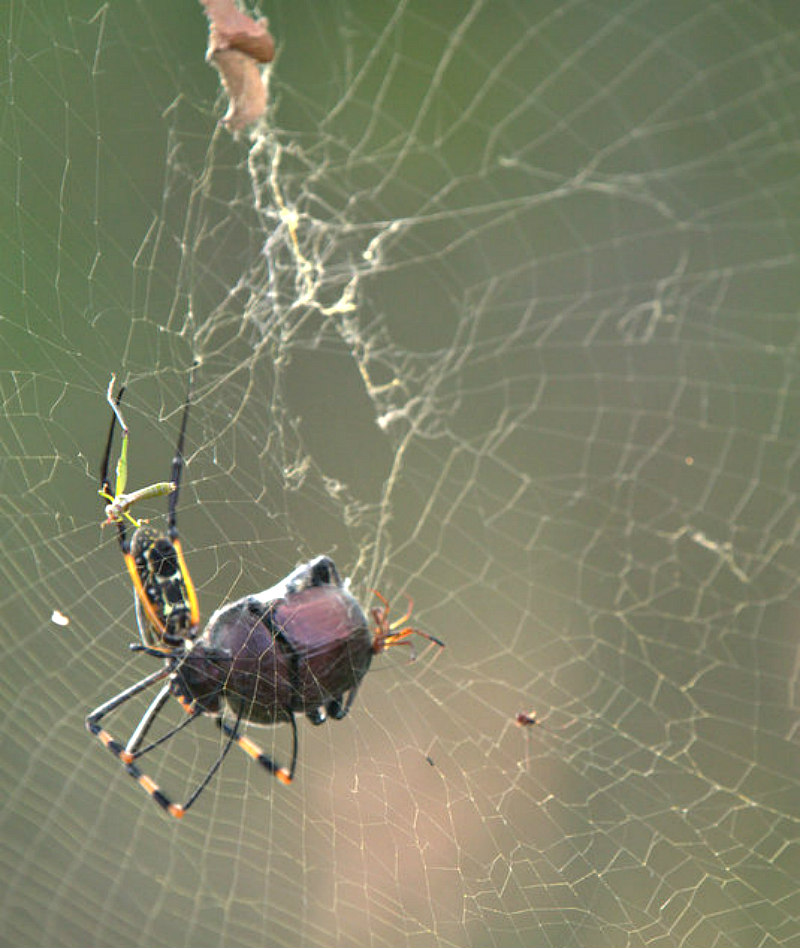 A female Golden Orb spider that has trapped a Dung Beetle in her web. The name come from the colour of the web silk, which shines golden in the sunlight. 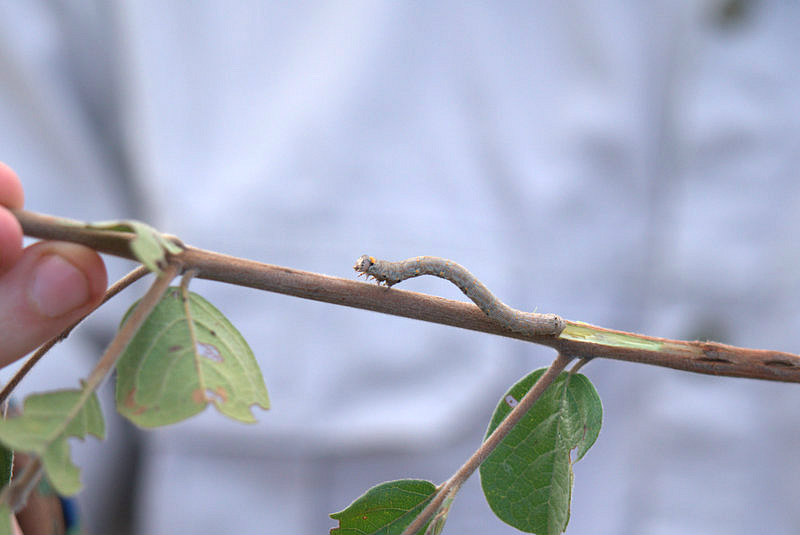 I have been told that this is a Looper? But that information might be wrong.

What I was told was that this will transform into a moth rather than a butterfly. And who and I to argue with those who (might) know better than me? 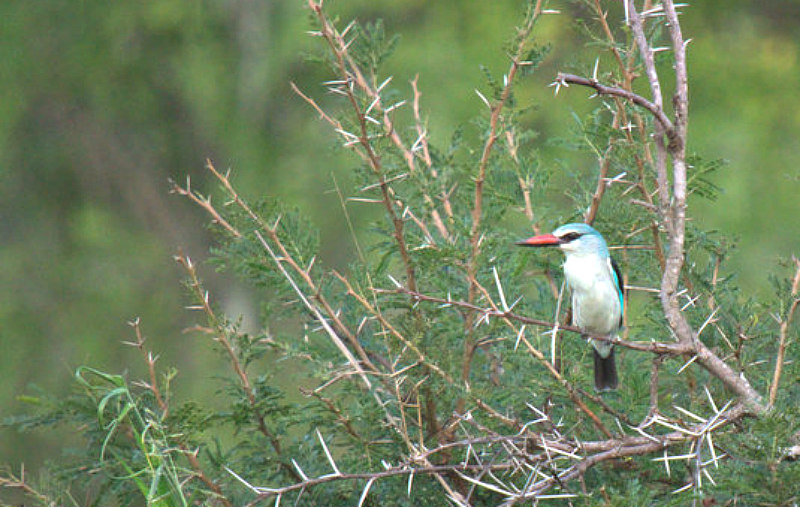 A beautiful Woodland Kingfisher. One of 10 species that occur in South Africa and its main prey is not necessarily fish, as its name suggests, but its diet consists mainly of insects, lizards, small birds, snakes and frogs. 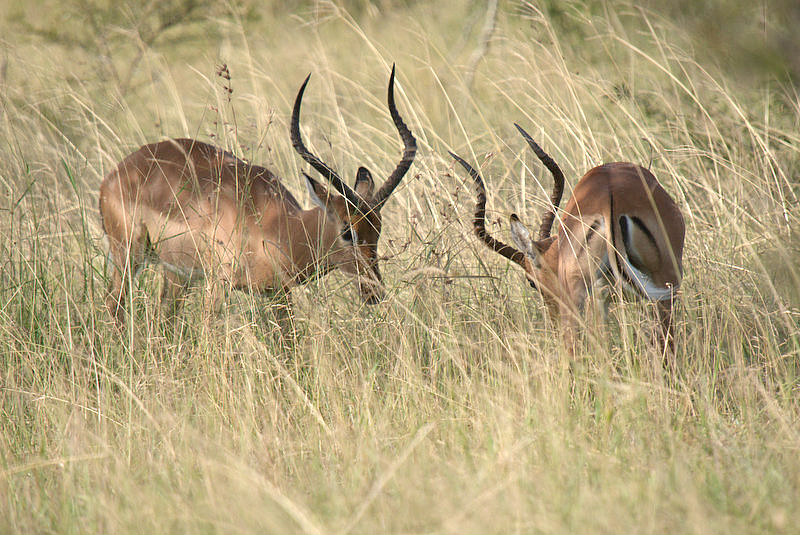 Rutting Impala. These battles very seldom end in death, but the weaker of the two will eventually capitulate. allowing the stronger to claim territory and a harem to go with it.

If you have never heard the sound of rutting Impala, the first time can be scary. It sounds like a mixture between a lion and a demented donkey. 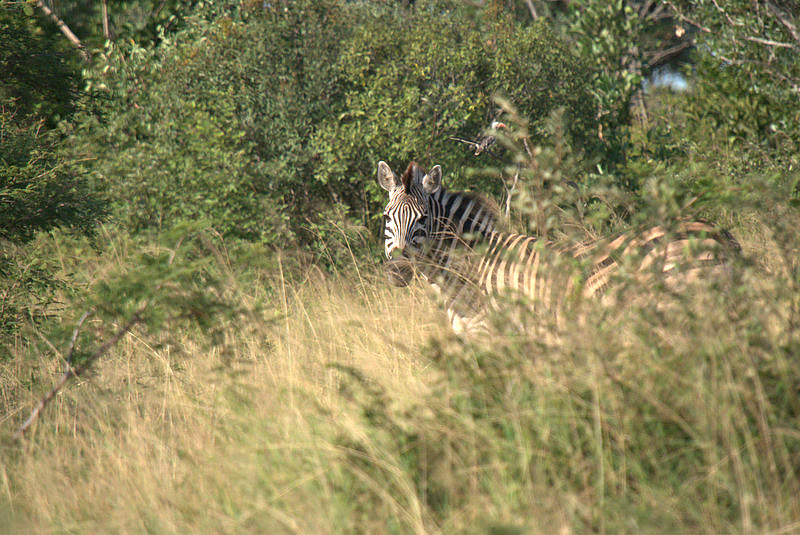 Just goes to show how good Zebra camouflage is. This was one of a small herd that was watching the Impala battling it out. But in the words of British policemen: “Nothing to see here. Keep moving”. and they moved past the duo and vanished into the bush to the east of where we were parked. 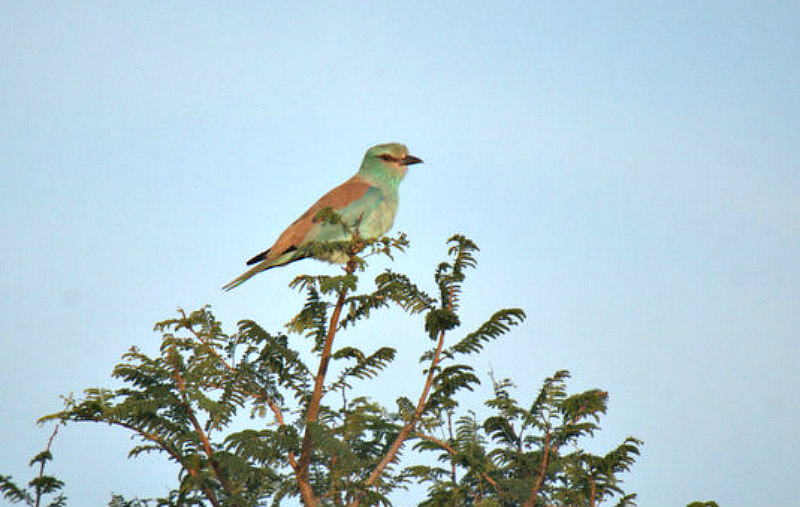 The last of the European Rollers? Soon they will be leaving South Africa and our winter to spend the summer back in the other home range…which covers the Middle East, Central Asia and Morocco. The European roller is found in a wide variety of habitats, only treeless plains are avoided. 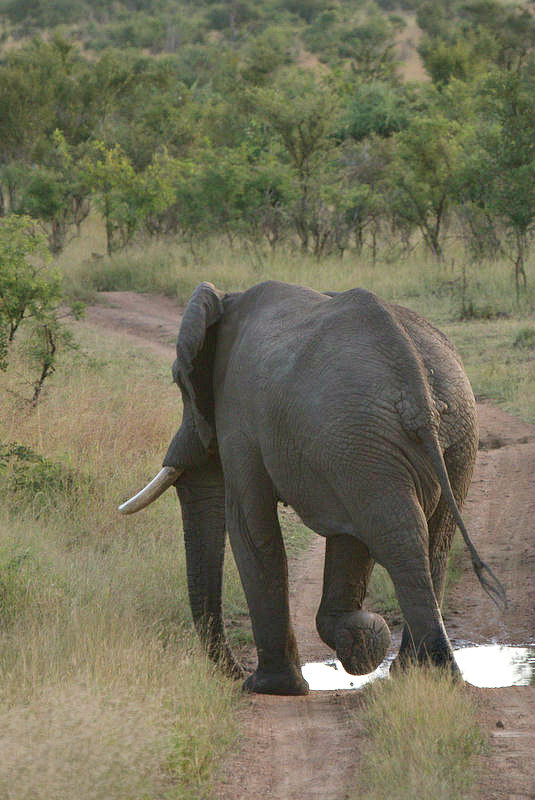 We had followed this bull elephant for several hundred meters, making certain that we kept a respectful distance as he was in full musth.

We had thought that he would walk straight through this puddle, but no, he chose to detour around it. I suppose he does not like having wet feet.

After the side-step, he veered right off the road and headed into a thicket where we left him as it was time to head home.

Many thanks to trainer Francois and all the students on the vehicle who made it a most interesting experience.

If you said that this was a Spotted Hyena track, you would be….correct.

If you got it incorrect, perhaps joining a Bushwise course could be an option for you? 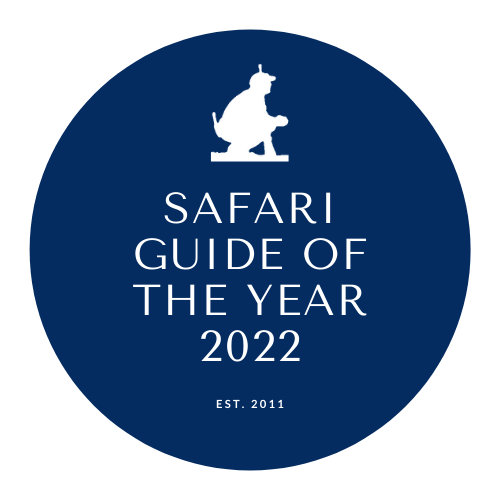 Bushwise is beyond excited to hold the honour of being the host sponsor of this prestigious event which will be held at the end of June.

Although the event is not open to the public, you can catch all the action as it unfolds by following Bushwise, FGASA and tuning into WildEarth from the 27th of June to the 3rd of July.

Click on the Bushwise logo to find out more about the courses that they offer to both local and international students. 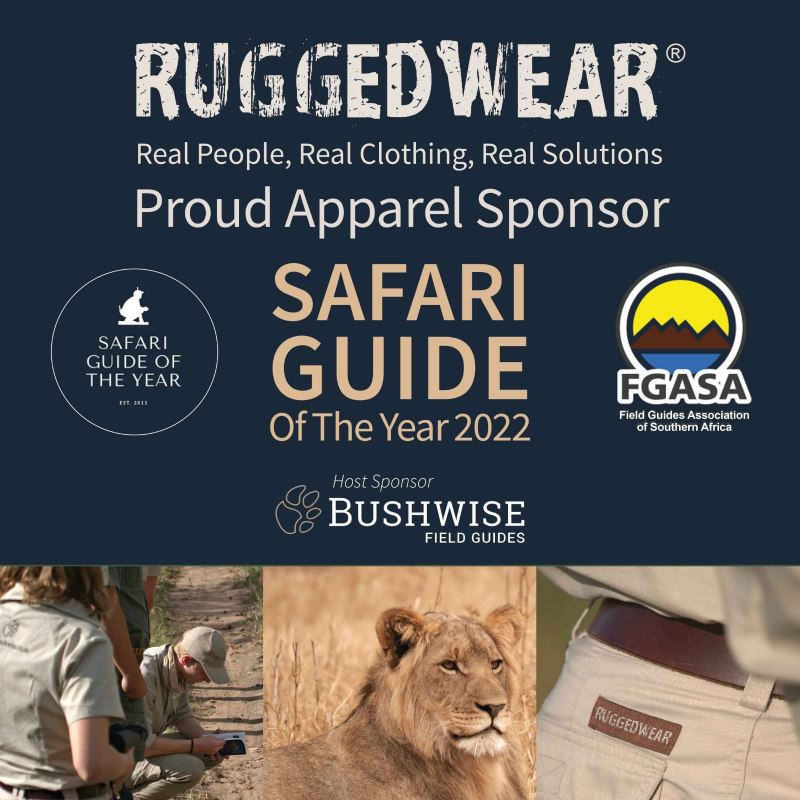 Ruggedwear is the apparel sponsor for SGOTY 2022, while Bushwise is the host sponsor. SGOTY 2022 falls under the auspices of FGASA and is in their capable hands for organization and the judging panel. 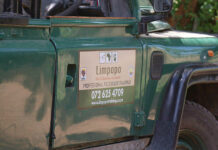 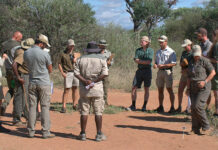 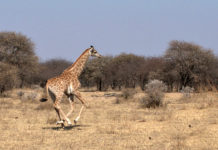