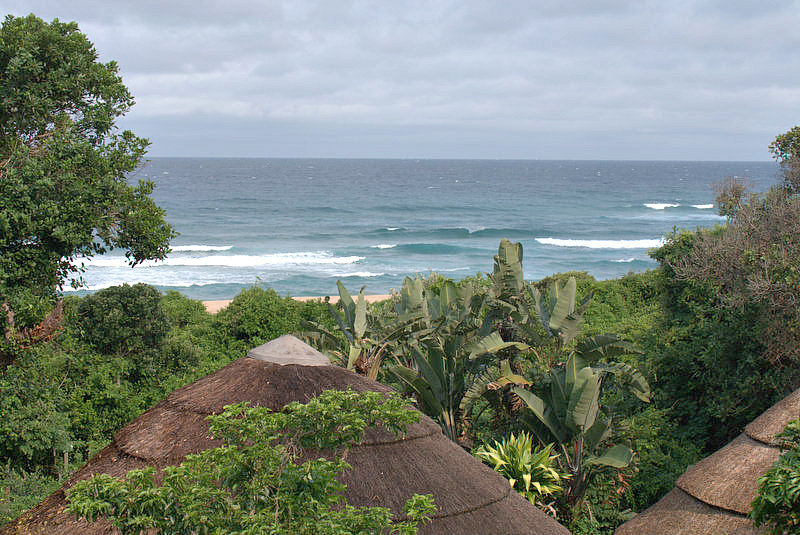 On a previous visit to this Beach Lodge, we stayed in the Honeymoon Suite, this time we opted for a sea-facing room that was just as comfortable but without a private pool. We spent four magical nights under the mosquito net in our accommodation being lulled to sleep by either the crashing of the ocean or the almost incessant rain squalls. 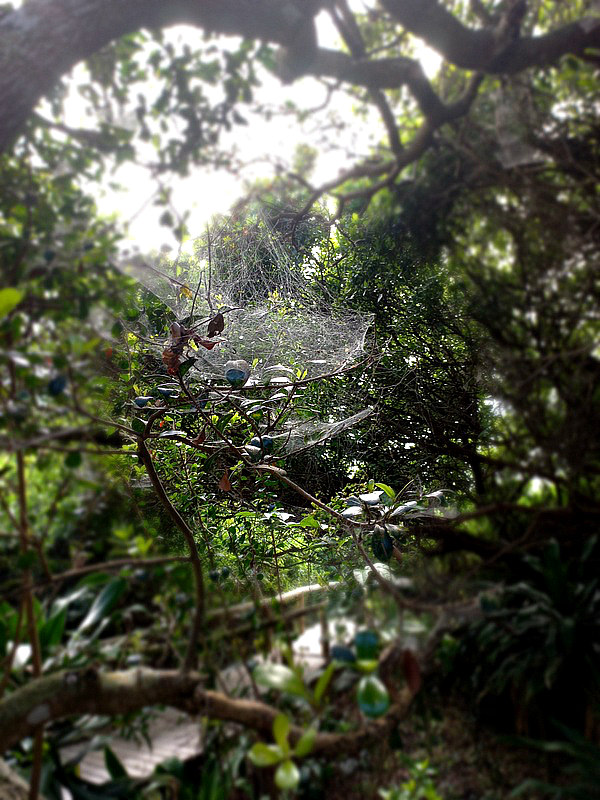 I am uncertain what the collective noun for spider webs is, but there were a LOT of them in the trees that surrounded the main building.

I decided to Google an answer, and could not find one. What I did find was the collective bound for spiders which is either a clutter or a cluster. 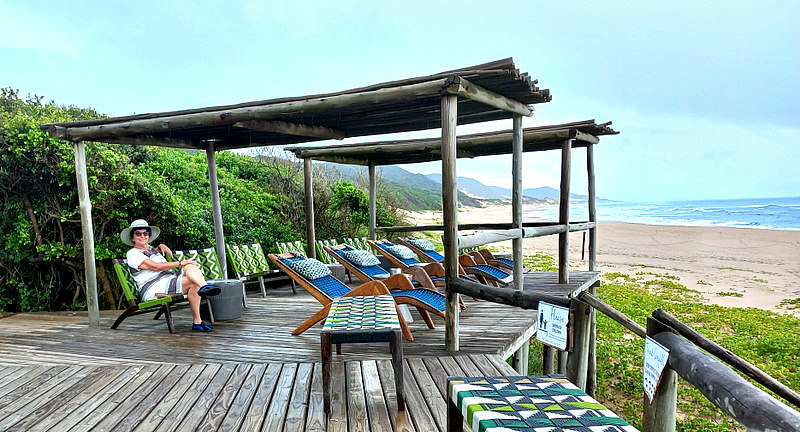 Surprise…I caught my wife enjoying a quiet moment on the deck that can be found at the end of a wooden walkway that runs from the main lodge building.

Her happy place…staring out at the ocean. 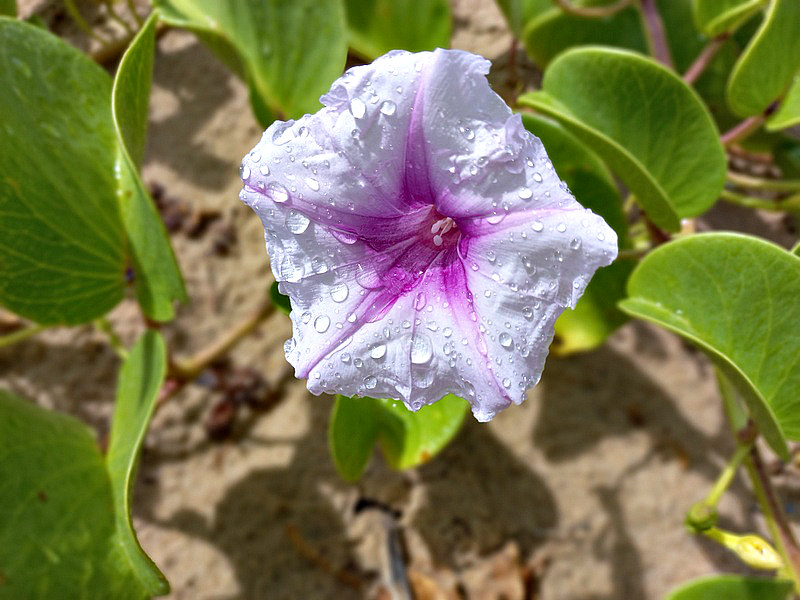 One of the many Morning Glory flowers that can be found well above the high-water mark on the beach.

These beautiful species, like their name suggests, only open in the morning as it warms up and they close up in the afternoon as the sun starts to dip behind the dunes. 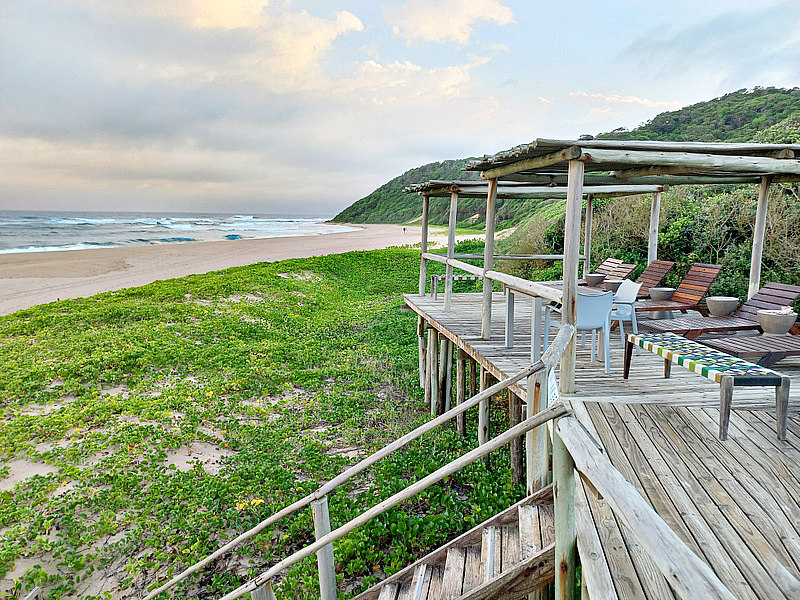 As far as the eye can sea… 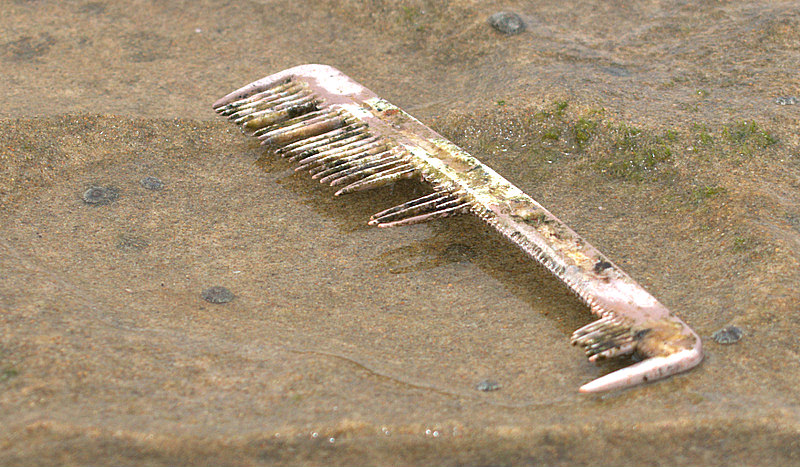 Time to do some beachcombing? If this toothless comb could talk, I wonder what stories it would have to tell?

Where did it come from and how did it end up on this beach are just two of the questions that I would like answered. 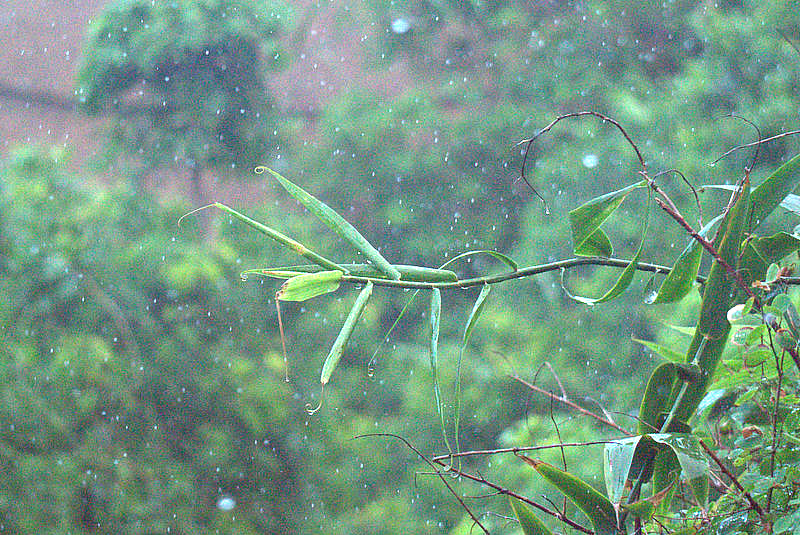 What we did share though was walking back along the beach in a downpour that had arrived out of nowhere. The rain increased in intensity as we made our way back to the lodge and we made it back to our accommodation soaked to the skin, but with smiles on our faces.

These unexpected downpours happened every day of our stay and in a way it was they that decided what activities would be undertaken. Luckily the weather and the rain were warm, so although arriving back at our accommodation soaked was an inconvenience, it was not unpleasant. 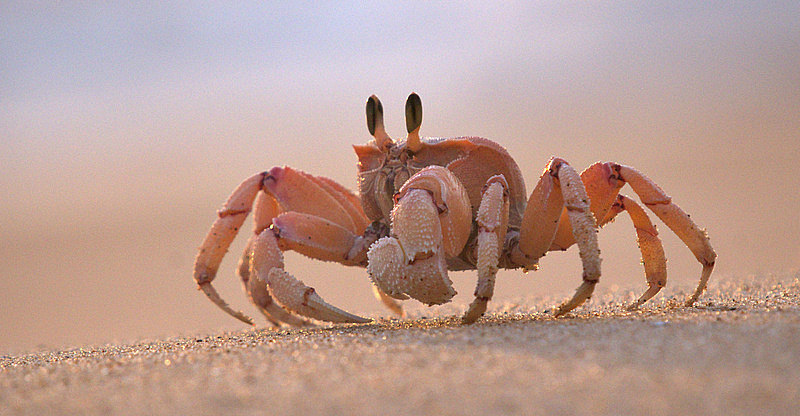 I was chatting to a couple of guests who were at the lodge with their 5-month old baby and we wondered what would happen if newborn humans could run at 15 minutes old and if, like turtles, women gave birth and then just walked away. How would human babies survive? And we think that we are at the top of the food chain, how wrong we are…

Have a life span of 3 years

Prey on carrion and turtle hatchlings and are in turn preyed on by a variety of sea birds. 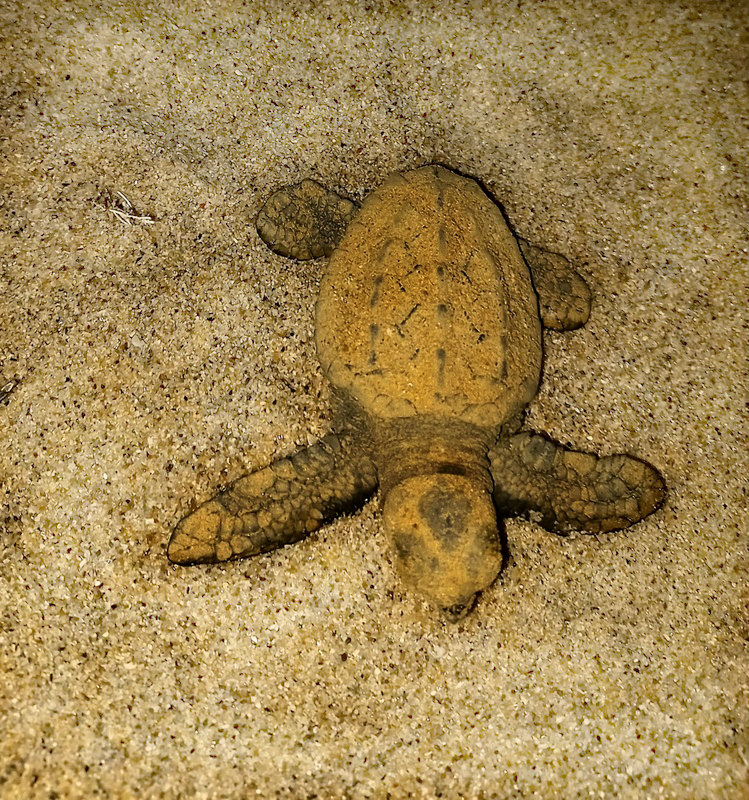 Little do these young turtles know that if the crabs don’t get them sea birds probably will and if they safely negotiate those dangers there are fish just waiting for them in the surf. The survival rate is roughly 1 in 1100, hence, much like Impala, they emerge in numbers hoping that the law of averages will prevail and at least a small percentage WILL survive to adulthood.

Did you know that Leatherback turtle(Dermochelys coriacea) hatchlings are…

around 5-8cm at birth and weigh approximately 226gm.

They are born orphans and have to rely on instinct and their environment to survive.

Dermochelys is Greek and means Derma: is skin or leather and Chelyfos is a shell while Coriacea is Latin and means soft/pliable. 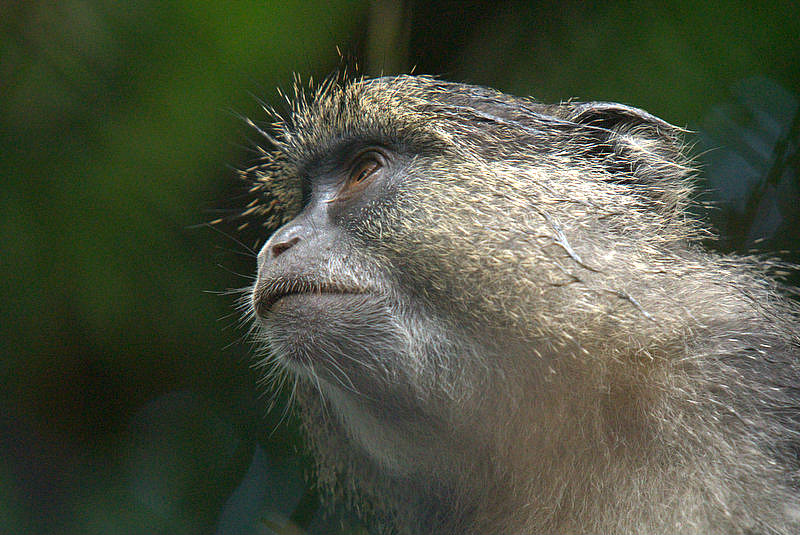 Not widespread or common in South Africa, occurring only in the coastal forests north of St Lucia estuary in KwaZulu-Natal, and in the Afro-montane forests of Mpumalanga. The range extends into similar habitats in neighbouring countries. Another, more southern subspecies, is found in Afro-montane and coastal scrub forests of central and southern KwaZulu-Natal, extending into the Eastern Cape to just north of the Knysna forest. Higher population densities occur at the north coast. The two South African subspecies are only distinguished by colour variances. 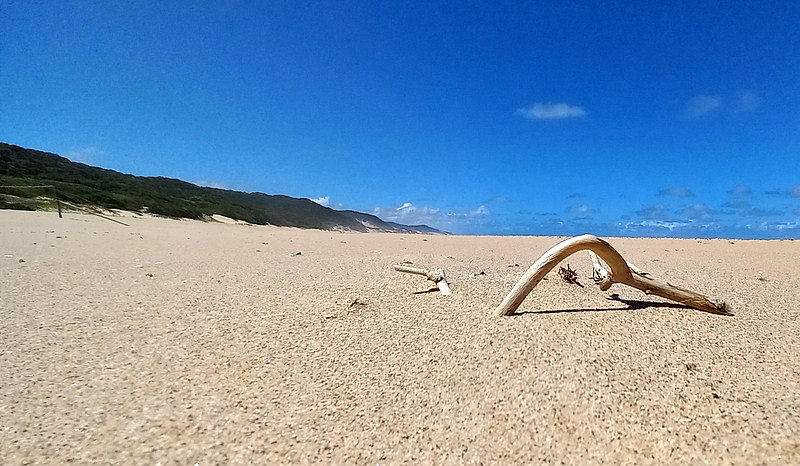 The beach in front of the lodge and for km’s in either direction are almost pristine. It is a pity that there is so much micro-plastic that is washed up and as fast as it can be removed, it returns once more.

With the reduction of our carbon footprint and the removal of the rain forest and various other land-based habitats taking precedence, it is the Oceans that we need to start taking care of. We as a species are the most destructive on the planet and it is only when we have reached a critical situation that we try to take action. Too little too late I believe. 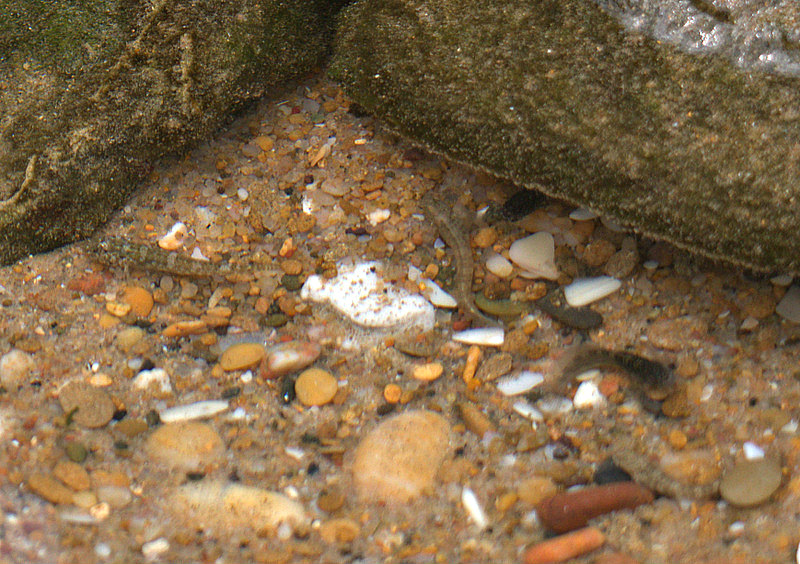 There are several free activities that are offered by the lodge and although the weather put paid to most of those, my wife was able to join a group of guests that decided to brave the current and try snorkelling in the large rock pool just south of the main lodge. I chose the easier route and decided to investigate the marine life in the rock pools that were exposed during low tide. 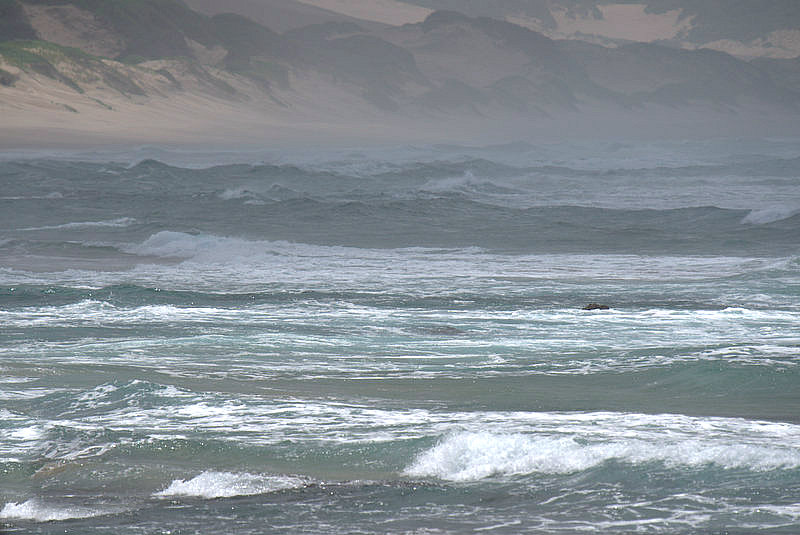 The Indian Ocean, dark and menacing with the impending possibility of the arrival of Tropical Cyclone  Batsirai.

At the last moment, the cyclone veered east and slammed into Madagascar where it was responsible for killing 10 people and leaving 55000 homeless.

The Indian Ocean in all its glory once the storm clouds had cleared and the cyclone had left South African shores.

It is for days like this that visitors return repeatedly to this stretch of coastline. 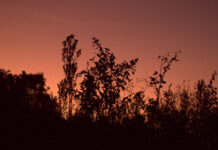 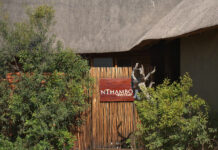 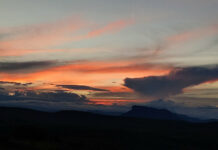