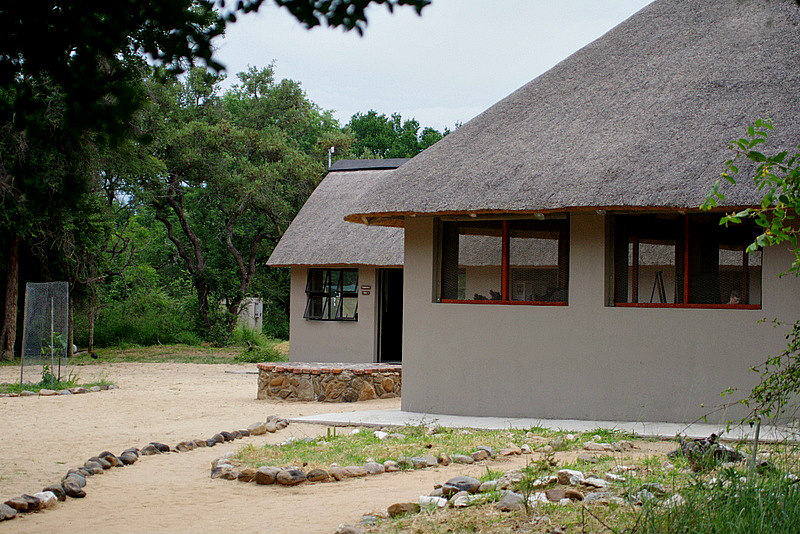 Just two of the three buildings that replaced the old camp buildings which were destroyed by a fire in June 2020. The building in the background houses a computer room, staff office and toilet, while the building in the front is the ‘new and improved’ lecture classroom. 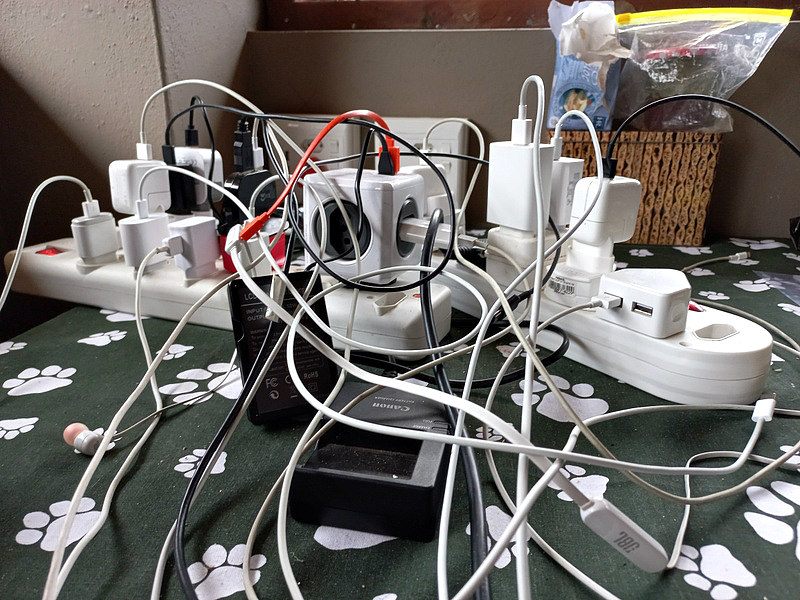 There is ALWAYS a corner dedicated to modern technology…

To quote Anton Lategan, owner of EcoTraining: “I’m more interested in the connections of ecological interrelatedness than that artificial spaghetti“!

And with that in mind, he also wants to promote a “Culture of curiosity” within the student groups, both local and international, that attend courses at the various camps. 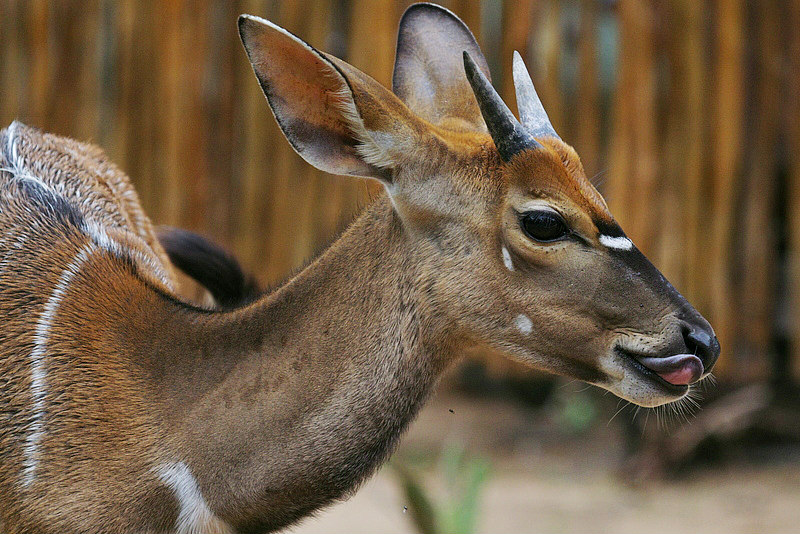 I could have stayed in camp and interacted with the resident Nyala herd, but that would have defeated the object of joining the students to see how they are doing at the start of their EcoTraing journey. So although the Nyala were interesting to observe, it’s time to hop on one of the game viewers and head off.

As an aside, I did not know that Nyala had bi-coloured tongues! 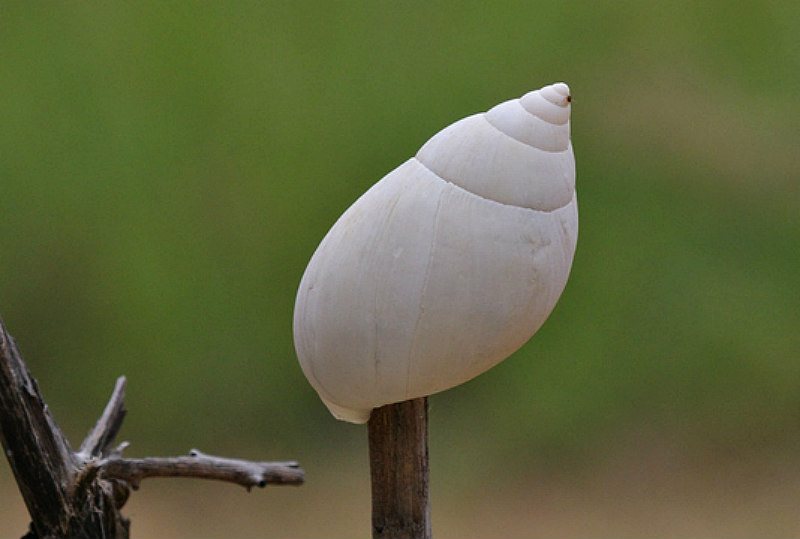 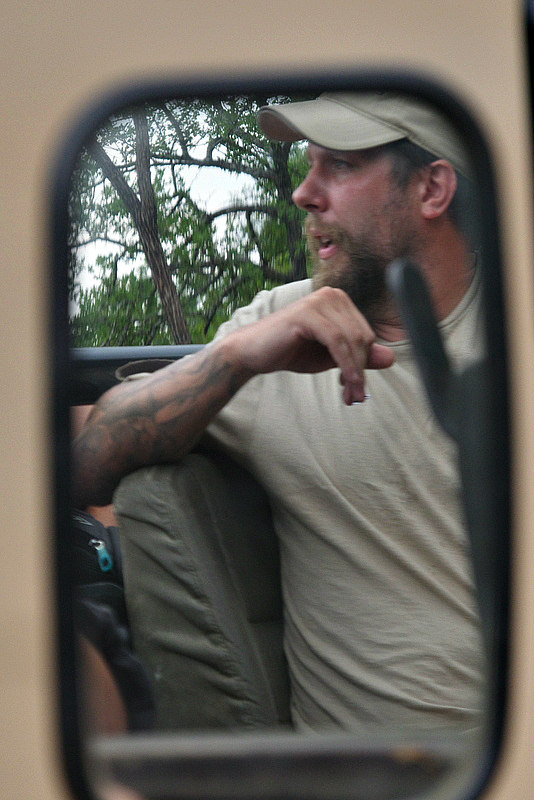 Time to get out and get connected…with nature.

This was the first time for Paul to drive his fellow students and an instructor. And I found space on the vehicle at the last moment. So much pressure on him after just a few days into the course. 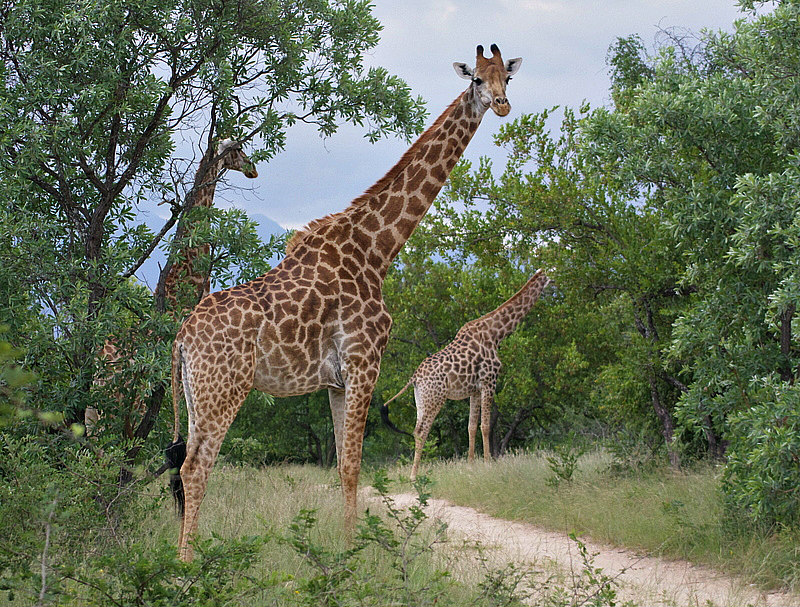 The tallest…Giraffe must be one of the most fascinating mammals on the planet. However, an adult male giraffe stands 5.5m tall while in the world of dinosaurs, the Brachiosaurus – the most well known of the group – was 13 metres tall. The Sauroposeidon was massive and could have grown to 18.5m according to scientists, making it 3.5 times taller than a giraffe. Can you imagine coming around a corner and bumping into one of those during a game drive? It would be shades of Jurassic Park all over again. 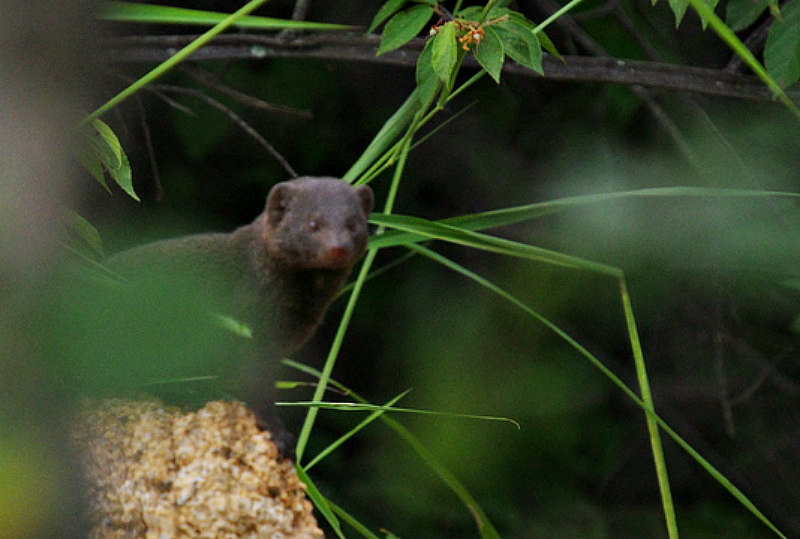 And one of the smallest…the Dwarf Mongoose. 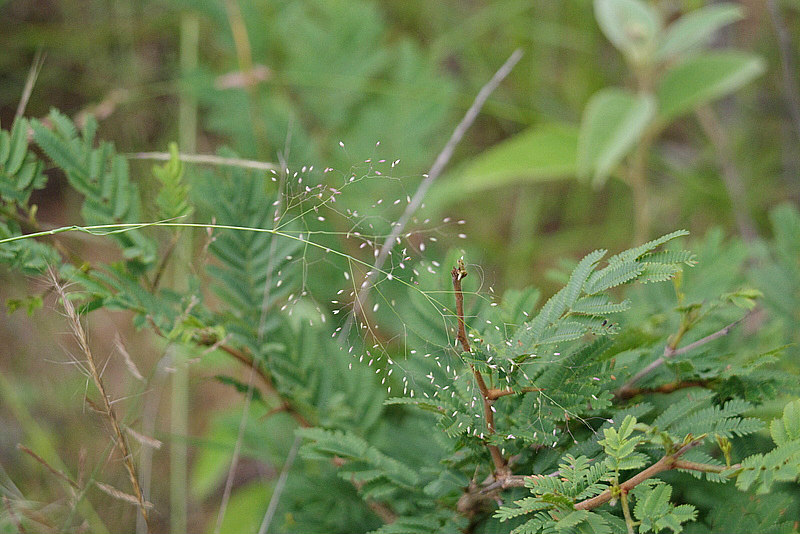 Blue seed grass (Tricolaena monachne) is an important grazing grass and it can also be used as an indicator of disturbance. It can be used in flower arrangements to add a touch of whimsey. 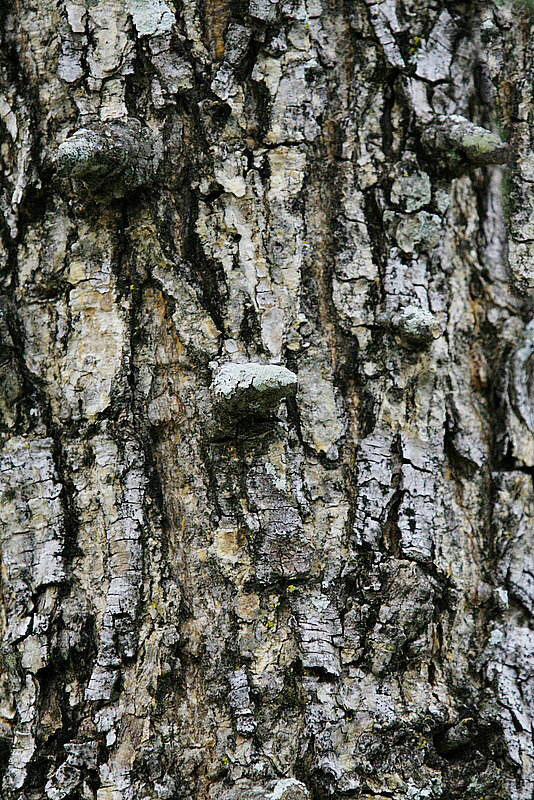 Knob-thorn (Acacia nigrescens) wood is an exceptional, long-burning, high heat firewood. Village healers grind the knobs into a powder that is used as a pain-killer and to cure eye infections.

The wood is hard and termite-resistant. It has been used to make posts and mine props. The species is drought-resistant but frost-tender. The bark has a high level of tannin that is used for tanning leather. The inner bark can be woven into strong twine. 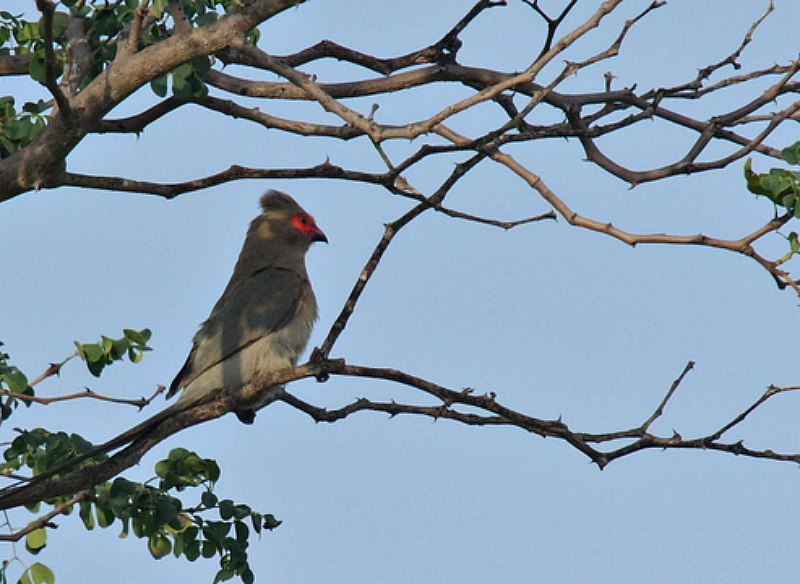 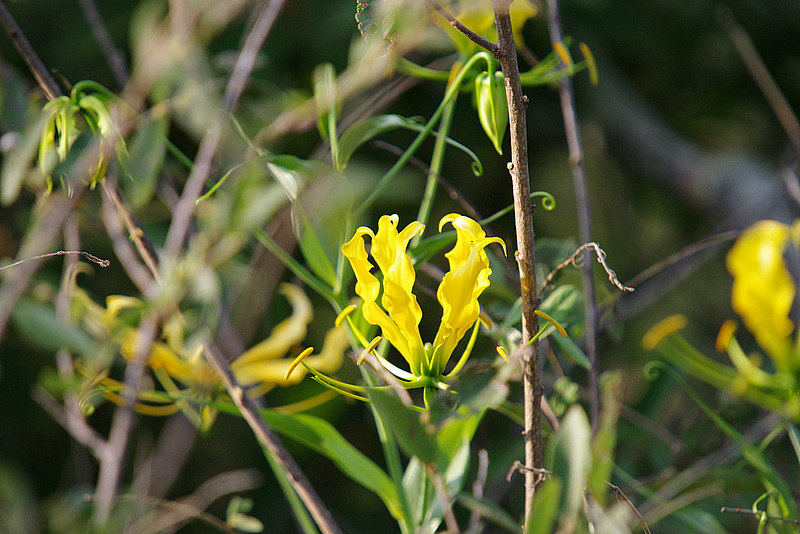 However, as the student in charge of the drive pointed out, it is a highly poisonous plant and its toxicity is due to the anti-mitotic effects of constituents such as colchicine and gloriosine on rapidly proliferating cells.

And “IT CAN KILL YOU” 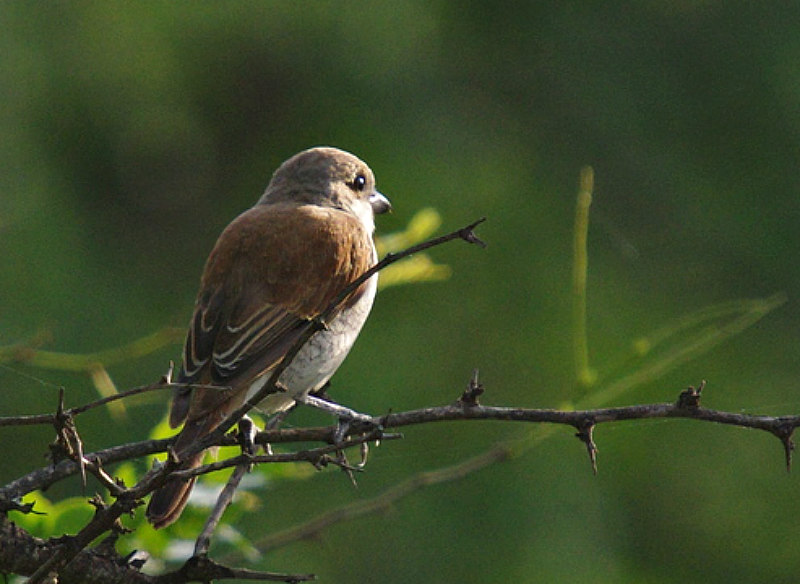 This species is one of the most well-known pioneer species in South Africa and plays an important role in stabilizing disturbed soil. They are occasionally used in flower arrangements. 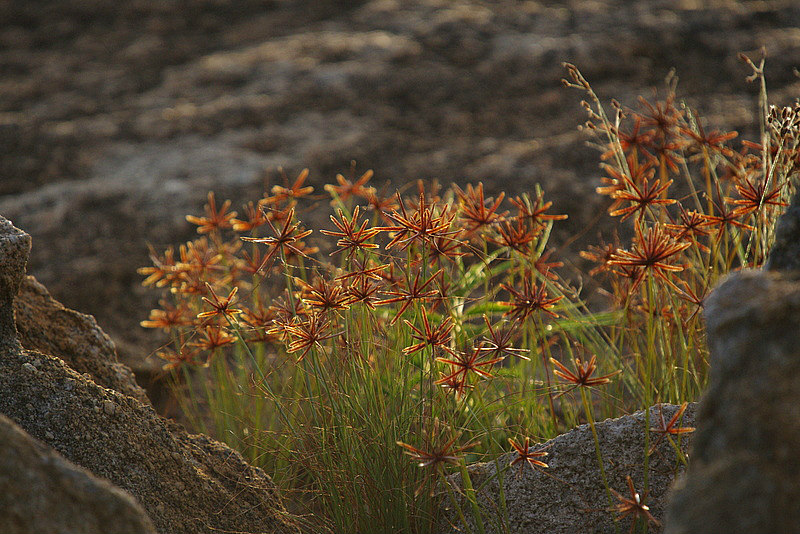 Russet rock sedge (Cyperus rupestris), is a dwarf perennial that normally occurs on the edges of rock sheets where the soil is shallow and moist.

Sedges are traditionally used for their strong fibrous leaves and stems for weaving household items, such as baskets and mats and in the construction of boats and houses, for thatching, fencing and rope making.

Some species are used in perfumery and potpourri and several species for their medicinal properties. 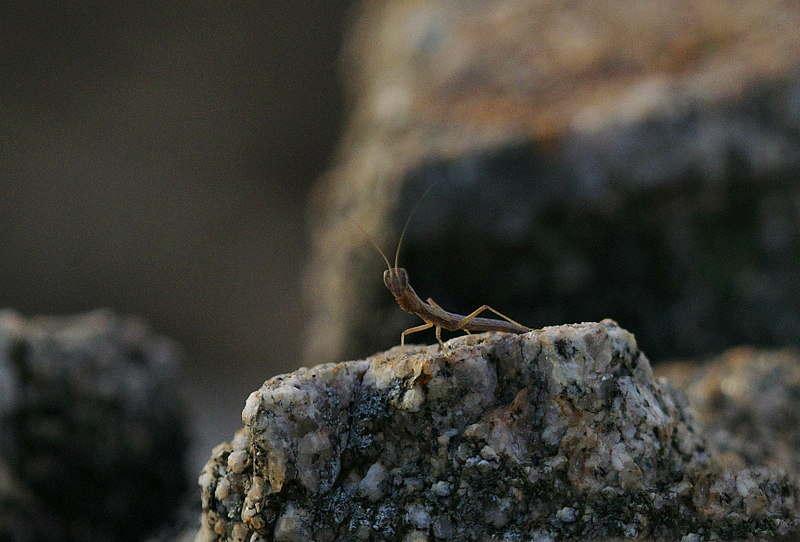 I have to share a story about this image.

I sent it to Instructor Michael Anderson and asked him to identify the Mantis sitting on the rock. His response to me was: “I believe this rock is Granite with a large crystalline structure, specifically, graphic granite. I say this because it seems to have large quartz and Mica crystals”.

Fair play to Michael and he is correct, but he missed the crux of my question, namely the Mantis.

When I pointed this out to him, I have to admit he did say, somewhat sheepishly, that he had misread my question and no, he was uncertain as to the identity of the insect on the rock. We all make mistakes and one thing that being in the bush has taught me is that no one knows everything! And if you claim that you do, you are only fooling yourself. 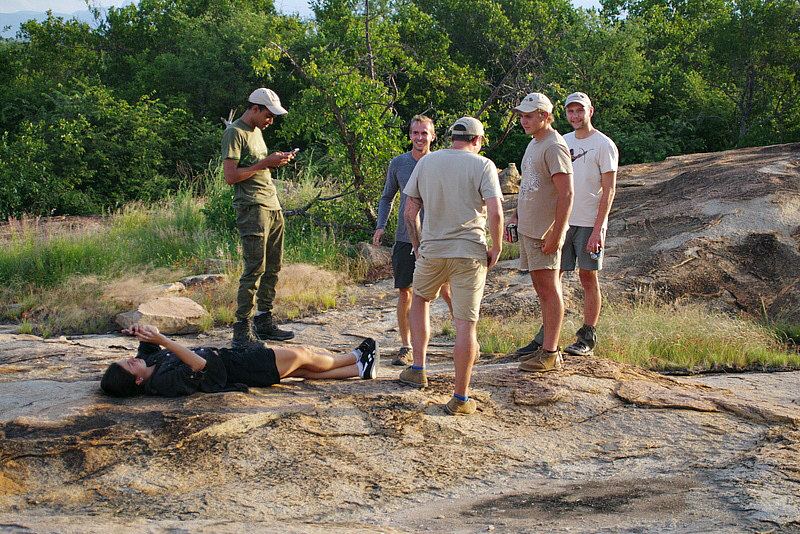 The students taking a well-deserved break during a drive… The young woman on the ground is an Italian student named Martina, who shared the driving with Paul.

And my thanks to Michael, Richard, Tayla and Dave for their help in identifying the grasses and plants for me. Your input was appreciated. 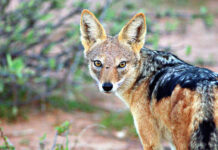 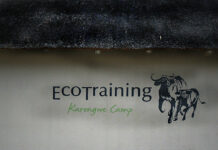 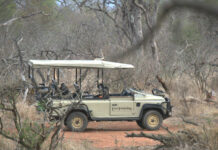