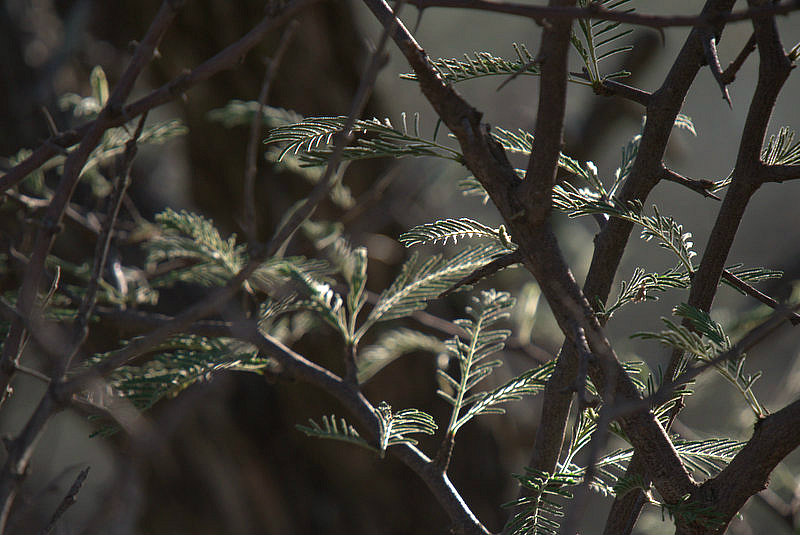 Can you see a bird? How often have you stared into a tree at the behest of a field guide who is whispering “Can you see THAT”? only to discover that you have been looking at either the wrong tree or the wrong branch and you only realize your mistake as the bird in question flies off. 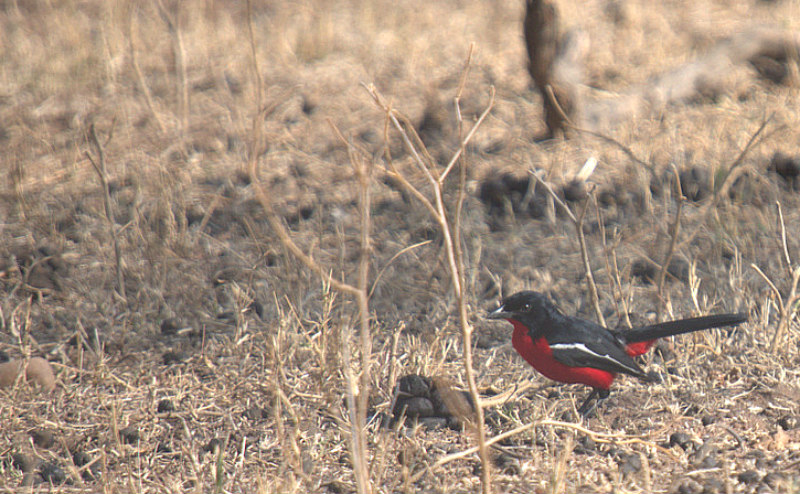 A stunning Crimsom-breasted Shrike… I am told that there is a yellow morph of this bird, but I have yet to meet someone who has actually seen one of those. One of my favourites and most difficult to photograph as they seem to always be on the move. If memory serves, I managed to get this shot between jumps. From the bird that is, not me. 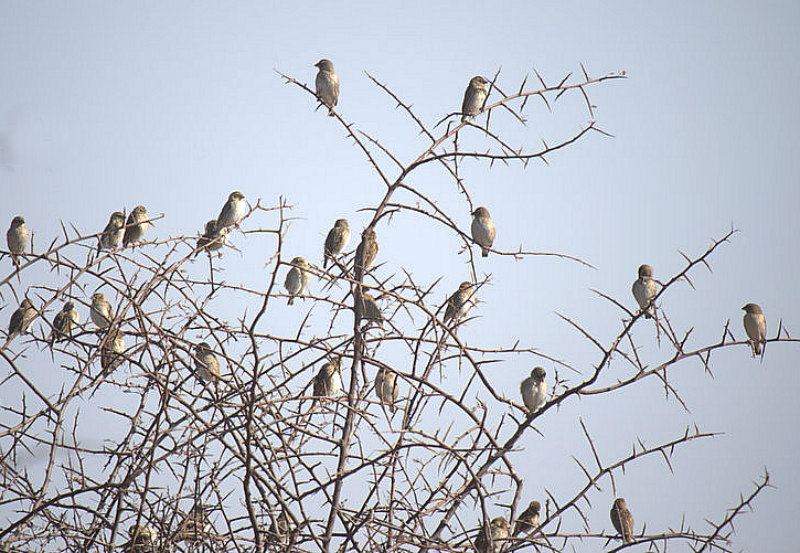 Red-billed Quelias.The most populous species in the world after the domestic chicken. They number in the billions and to watch large swarms of them is almost hypnotic. How they manage not to crash into each other when flying in such tight formations is the stuff that Ph.D.’s are based on. 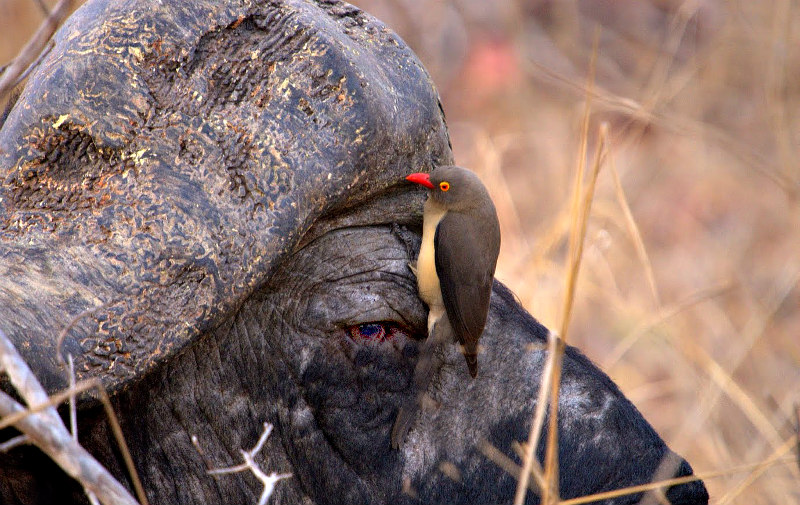 If you learn NO other bird calls, then learn that of the Red-billed Oxpecker…it might save your life one day. https://soundcloud.com/david-batzofin/red-billed-oxpeckermp3

“Why”?, I hear you ask? They are usually found with large game species like rhino and buffalo and those can do damage to you if you stumble into a herd accidentally. 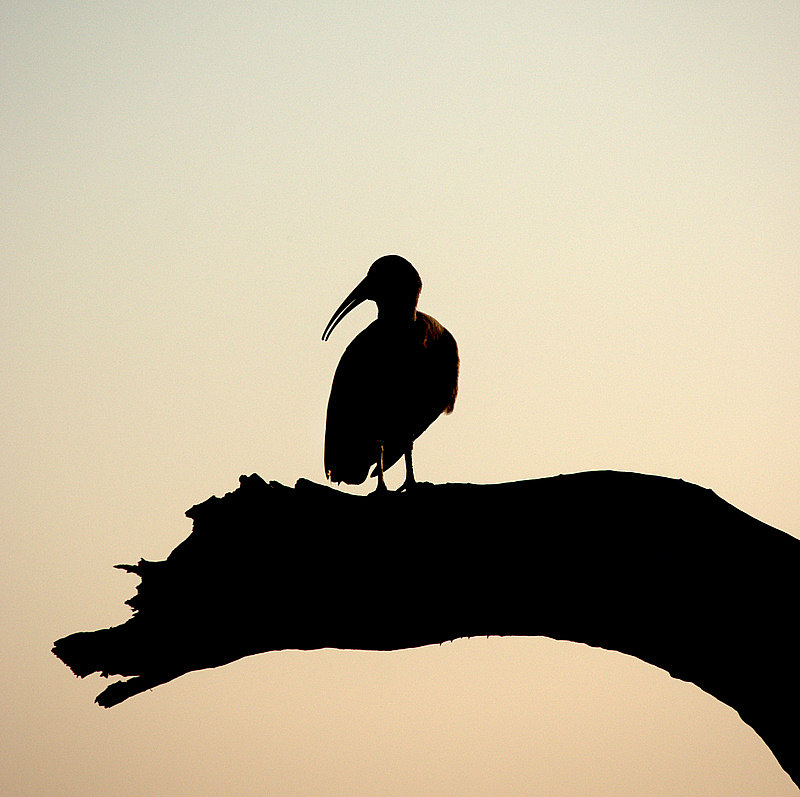 The call of Africa! Forget the African Fish Eagle, the Hadeda Ibis has now usurped that crown… 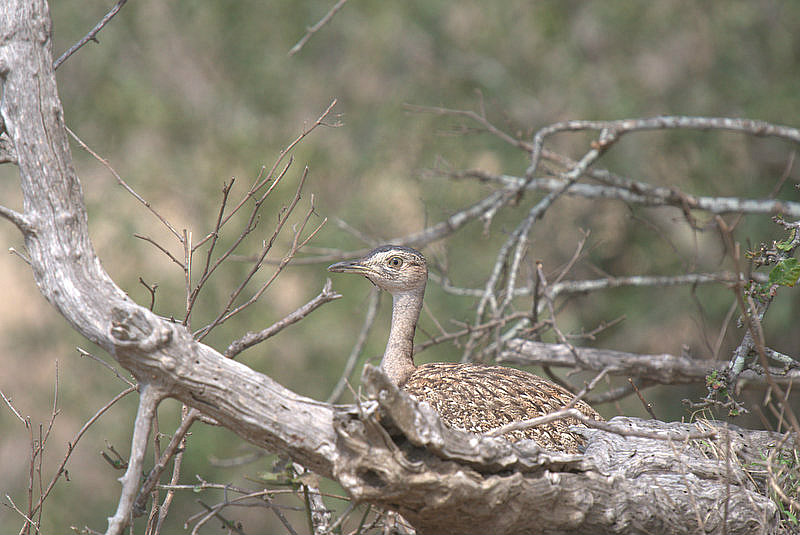 Red-Crested Korhaan…also known as the Suicide bird. It is called the latter because of the mating ritual of the male, who will fly high into the air and then plunge towards the ground, just stopping short of crashing. Females choose the male who gets closest to the ground without injury. 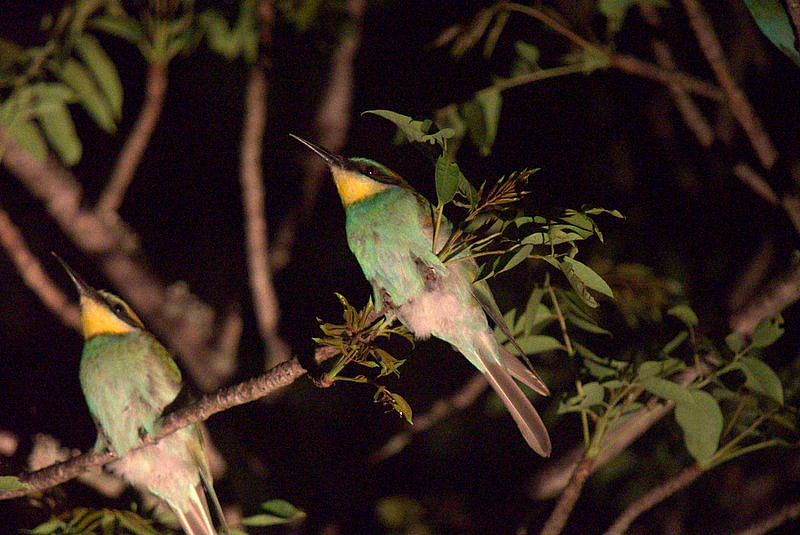 European Bee-eater. This was a spectacle that I have not witnessed before. This particular tree was full of these birds, huddled close together in the darkness. Their bright plumage against the dark background made them look like Christmas decorations. 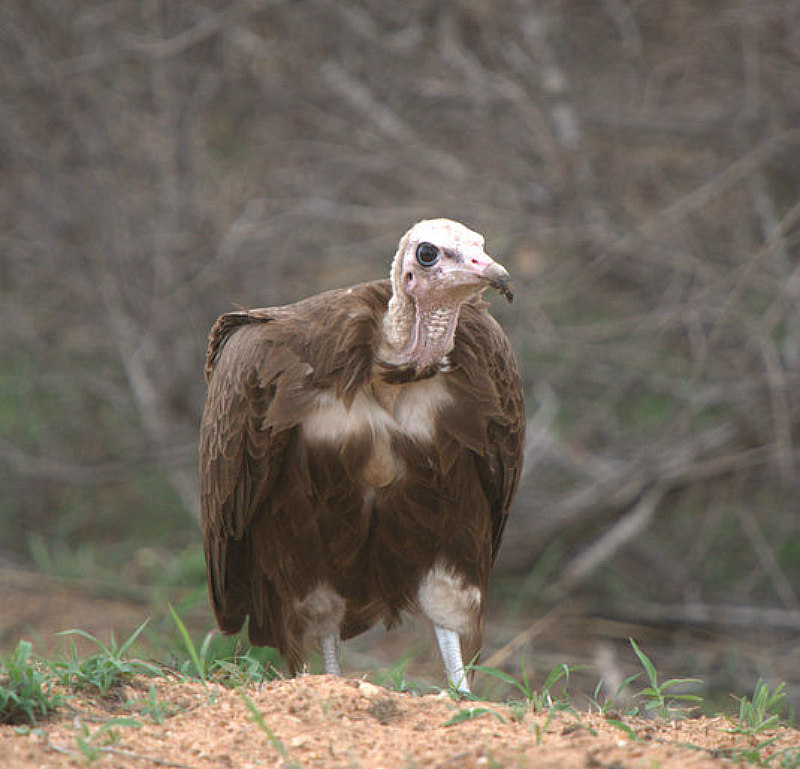 An endangered Hooded Vulture. They are literally at the bottom of the vulture pecking order (pun intended) due to their small beak size. They are able to eat the scraps that the other vultures are not able to access. 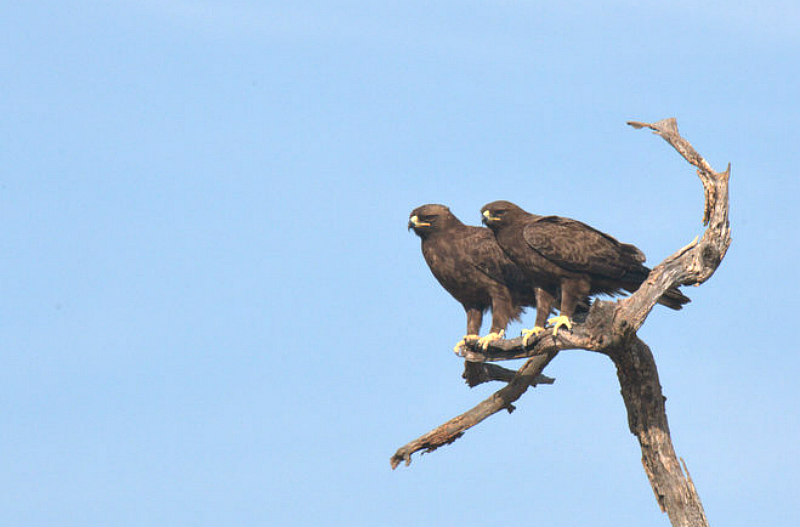 A pair of Walberg’s Eagles. 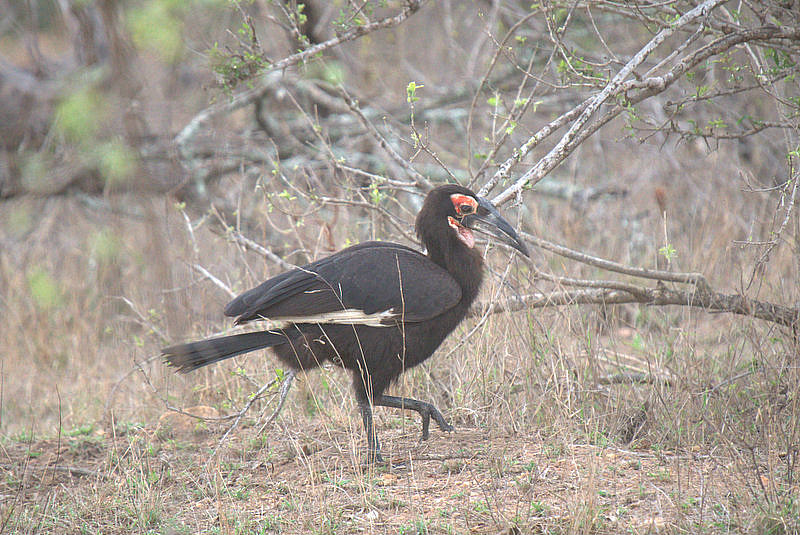 Juvenile Southern Ground Hornbill strutting its stuff. The red face colouring in the adults is much brighter. 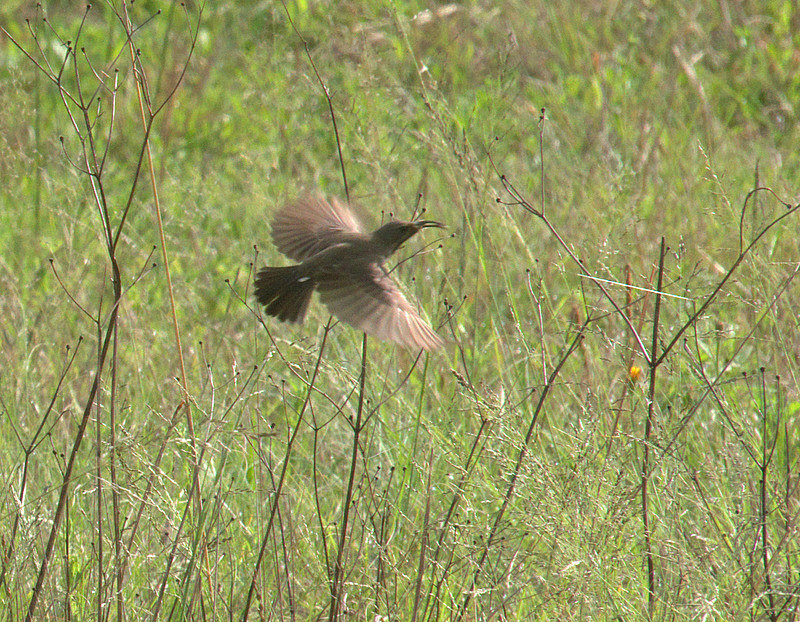 Most likely a Malecjute Sunbird, or so says my go-to birding expert Doug Newman! And who am I to argue? I was going to ID this as another LBJ (little brown job) until I contacted Doug. 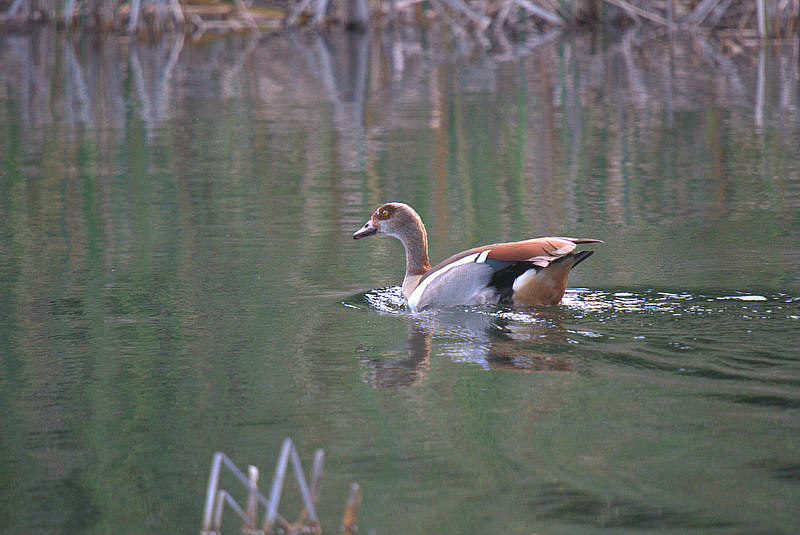 Egyptian Goose…they have claimed almost every body of water in Africa, if not the world. After the Hadeda, they have the second most annoying call. 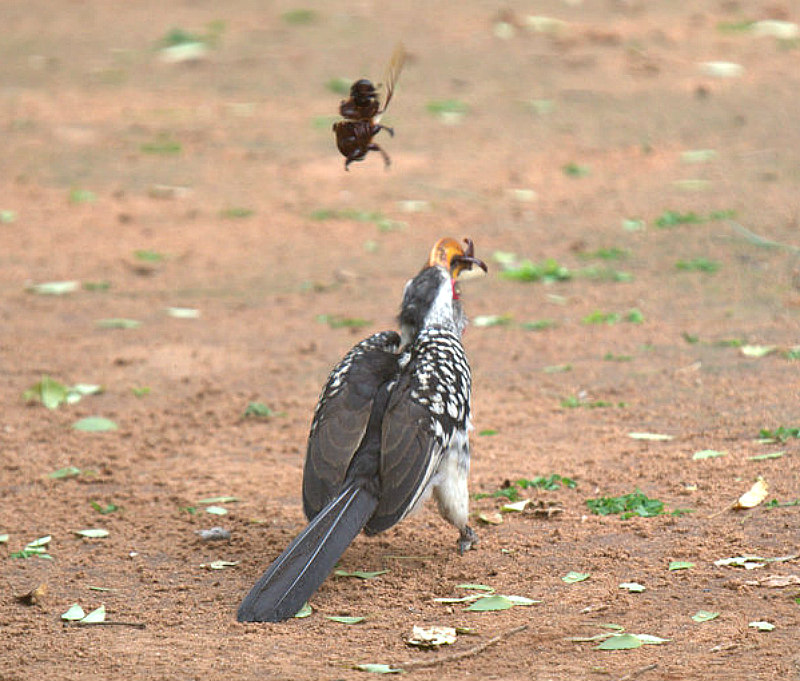 When you don’t know your own strength! A Yellow-billed Hornbill tearing into a dung beetle. 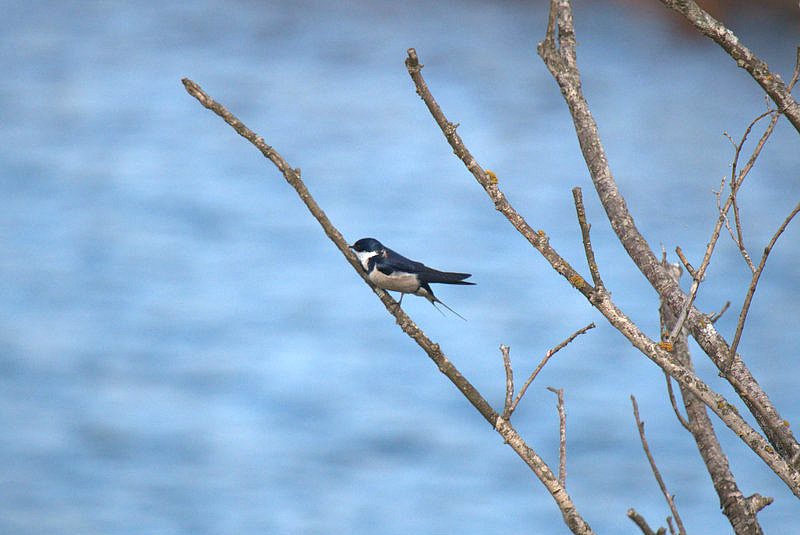 White-throated swallow…does that mean that summer is as well? 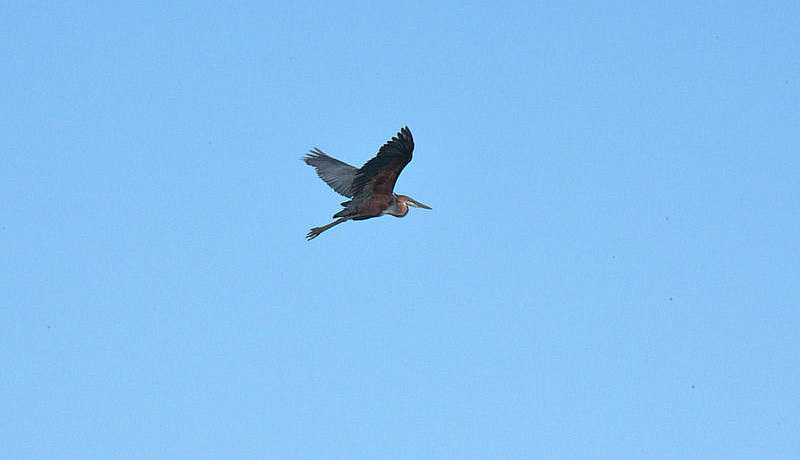 Many of the birds that I try to capture digitally are already up and away by the time I see them. Like this Goliath Heron, that stood still until I lifted my camera. And that is why I have enormous respect for professional bird photographers. The patience of Job, and equipment that I am jealous of. (I believe that it is colloquially referred to as lens envy). 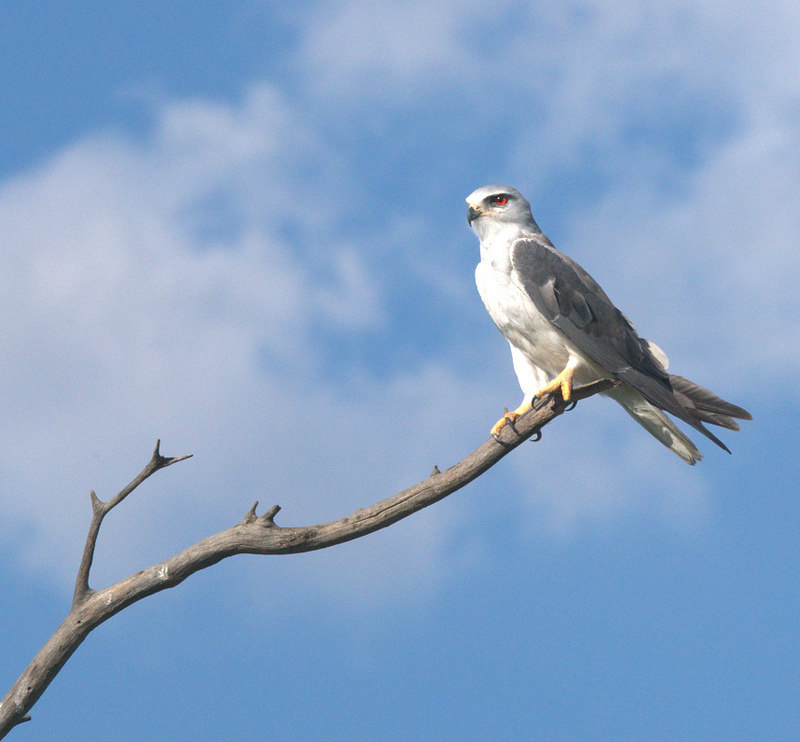 This used to be known as a Black-shouldered Kite but then its name was changed to Black-winged Kite. One of the few changes that actually make sense to me! 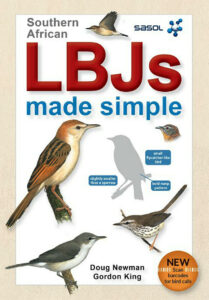 This book and its author, Doug Newman have been a huge help when trying to ID birds that I am uncertain of. Yes, I have the Sasol bird book, but I also have Doug’s number on speed dial and it is MUCH easier to drop him a picture and ask for his help than spending time paging through the book. Many thanks for all the help, Doug. I was going to post your phone number here but decided against that. 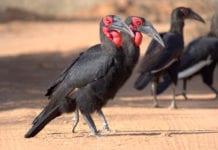