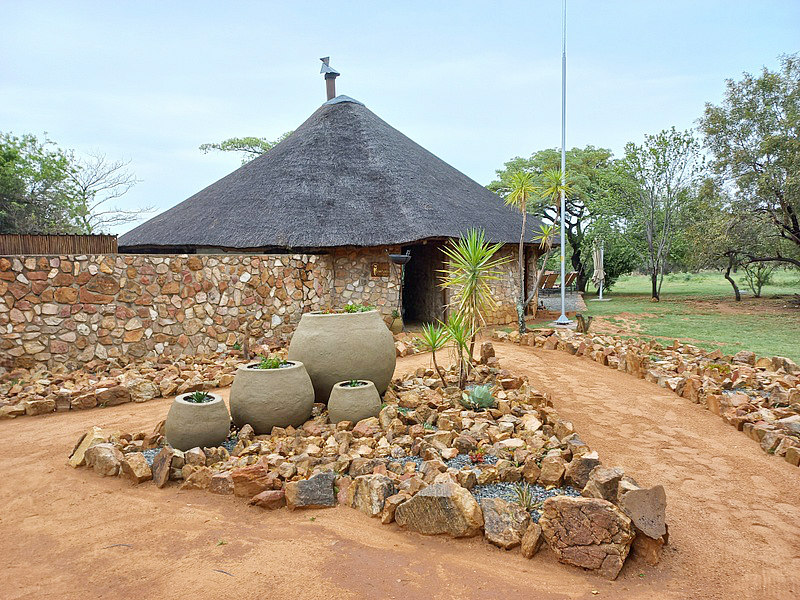 The main lodge building, seen from our game viewer as we were about to set off on what turned out to be an exciting drive.

That being said, although games drives are always exciting for me. Often I will ask guests returning from a drive what they saw. Many times the answer will be ‘nothing’.

That response usually turns out to mean that they have seen plains game, probably impala, giraffe and zebra but seeing ‘nothing‘ to them means none of the Big5. It is almost an impossibility to see ‘nothing‘ when you are in the bush, as it always delivers ‘something‘. 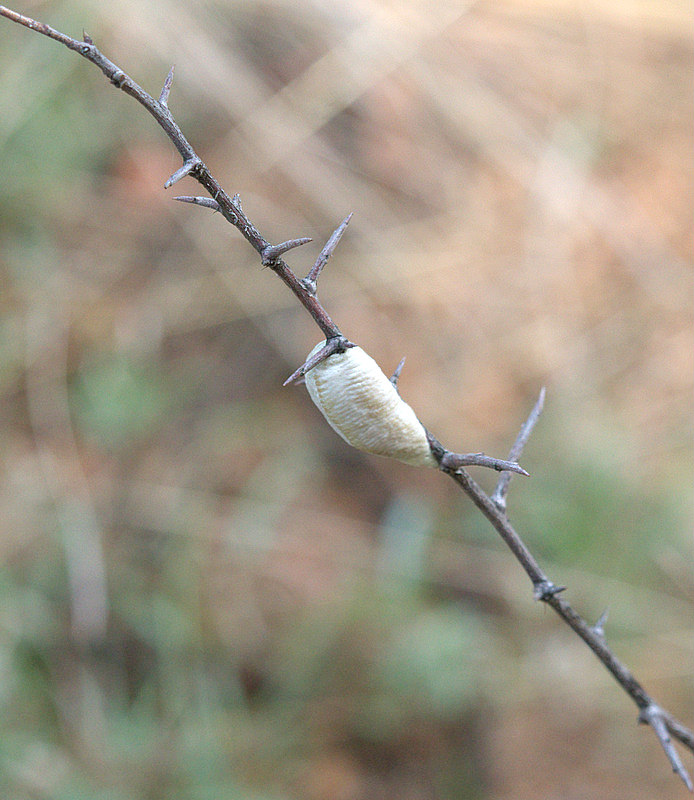 I go out with an open mind as I understand that the bush is made up of the ordinary, the extraordinary and the unique. Sometimes you might only get one of those and that should be sufficient. For me, if I see something new on every drive, I am happy. And that could be as simple as something that I have not seen before, like this mantis sack.

Want to be guaranteed sightings of all the BIG 5?  Visit a zoo! 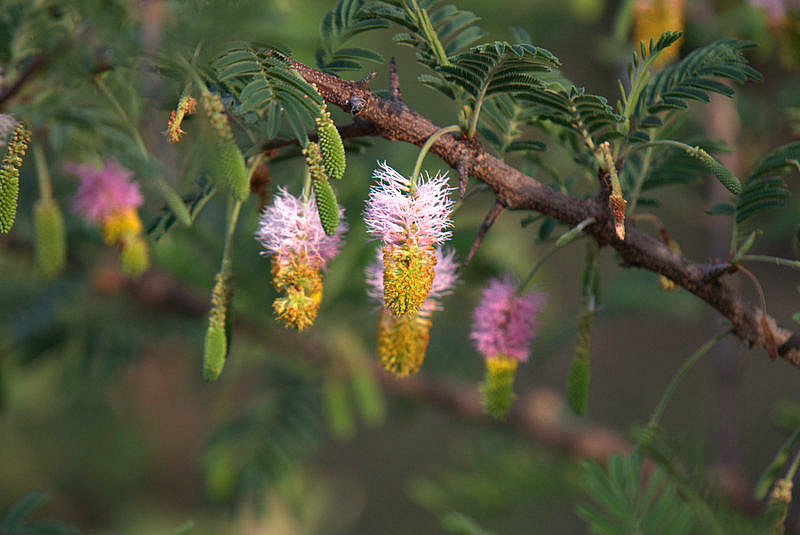 The Sickle Bush does not have thorns but rather spines. (Spines being modified of branches while thorns are modified leaves). And it is for that reason then the Latin name has been changed, locally anyway, to Landrovus Papwiellus. (Direct translation: Landrover with a flat tire) 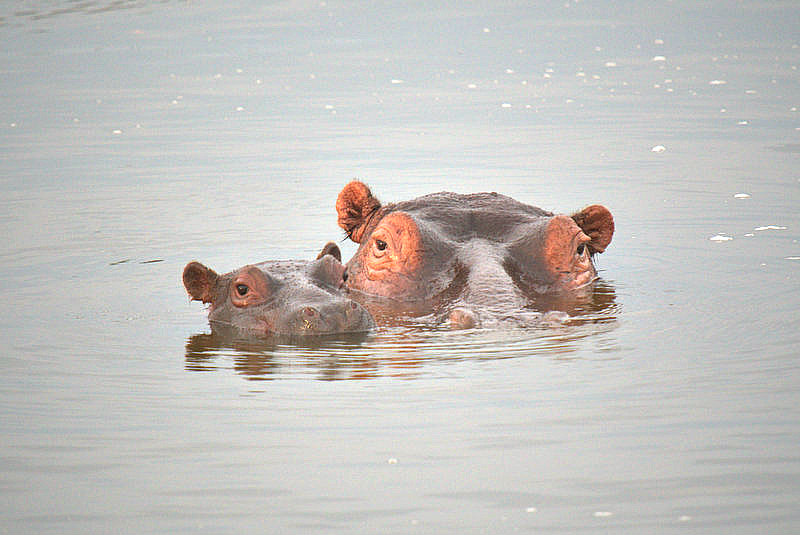 Hip, hip Hippo…The first stop on the drive was at a dam where we found this protective female and her calf. 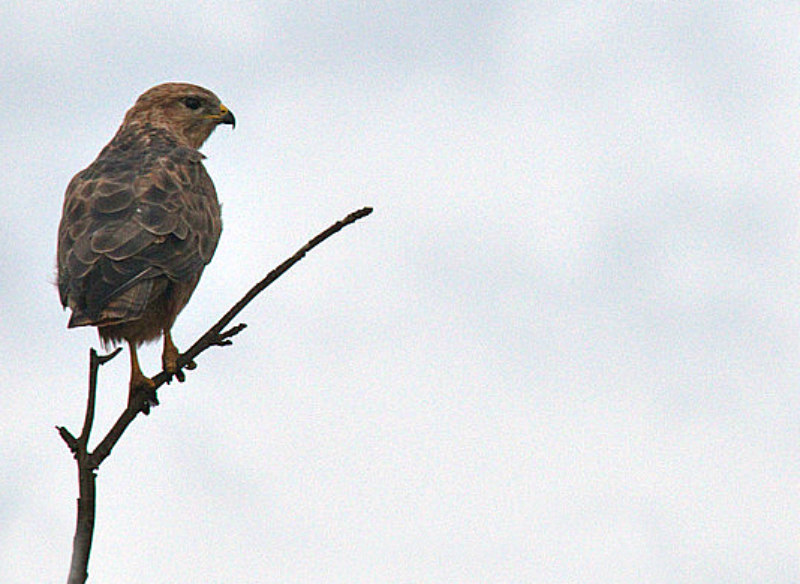 There was a family of birders on the vehicle with me, and as I had the longest lens, it fell to me to take a picture to aid in the identification of this raptor.

There was a lot of discussion as to what it might be and as it was relatively far away, consensus could not be reached…although we did narrow it down to a couple of possible species.

When I returned home, I contacted my bird expert who confirmed that the sighting was that of a Steppe Buzzard. Not an uncommon sighting in this reserve. 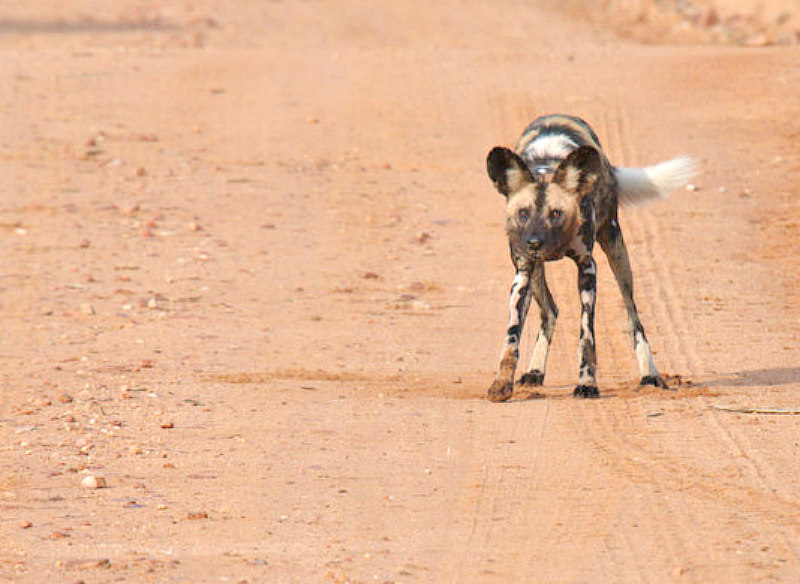 It was a heart-stopping moment to drive down the road and find a Wild Dog forming a solitary roadblock. His partner, another male, was lying close by but did not seem to be too keen to engage with our vehicle. 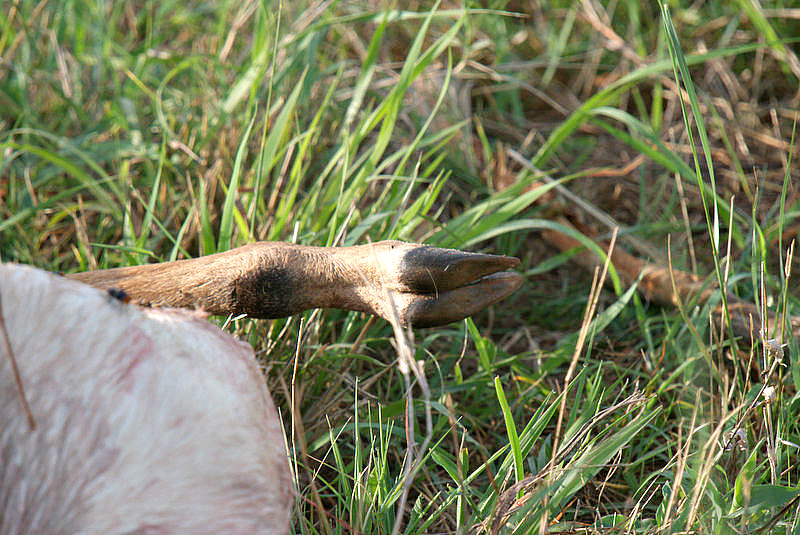 No sooner had we noticed that the dogs looked rather full than we came across the remains of this female impala The two dogs had made short work of her and aside from skin and hooves, there was not much left. 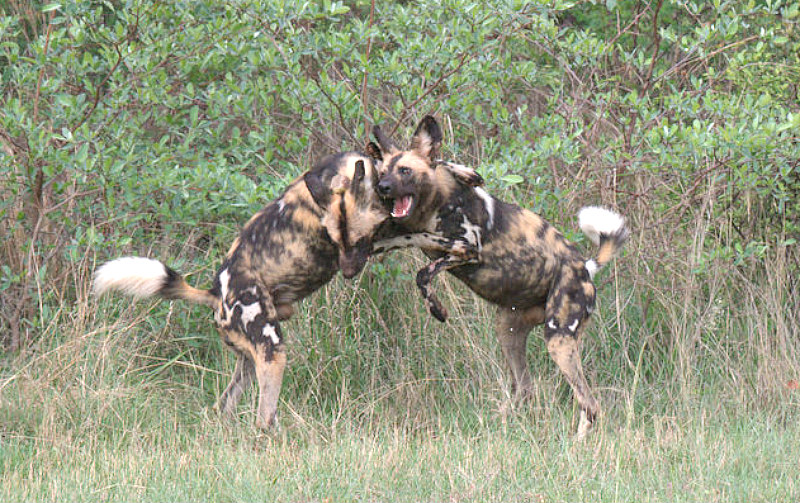 In a large pack, and I have seen packs that have been 36 strong, this prey would not have fed the entire pack adequately and they would have had to kill again quickly to keep up their daily intake.

But, as can be seen from their extended and bloated tummies, this was more than enough meat for the two of them. 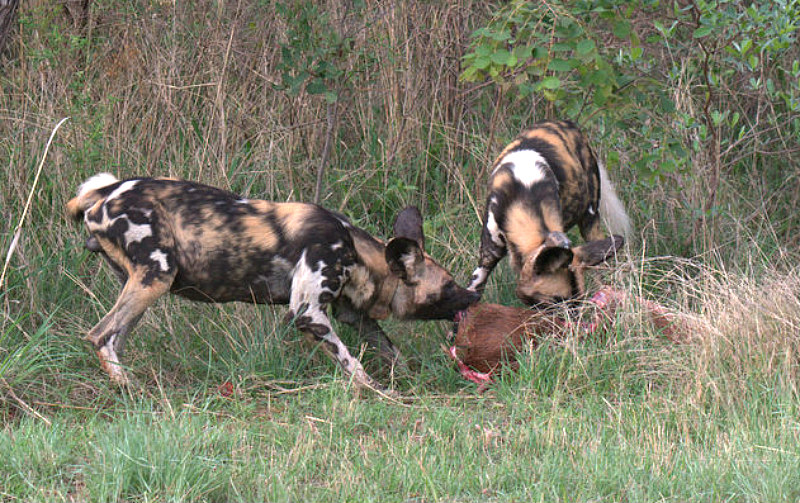 We had left the dog sighting for a while as they had vanished into a nearby thicket and we did a long circular drive to see if they would pop out on one of the less frequented roads.

It turned out that they too had circled back and we once again found them on a carcass that had been moved several meters from where we had originally spotted it.

We did hear a LOT of vocalizing from deep inside the surrounding foliage that lead us to believe that a Brown Hyena might have tried to rob them of their kill and been chased off. 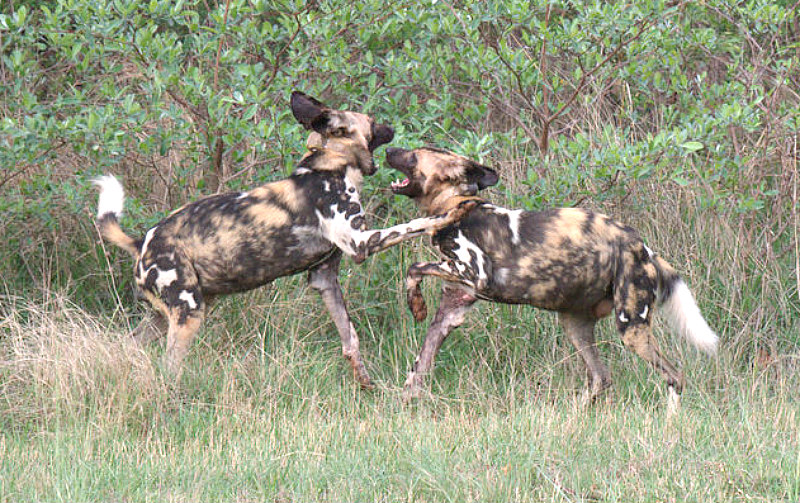 Wild Dogs are never totally at rest and even when asleep their ears are like mini-radar dishes. Constantly on the alert of either danger or possible prey.

And they LOVE to play. They are extremely social animals and pack interaction is important for bonding. 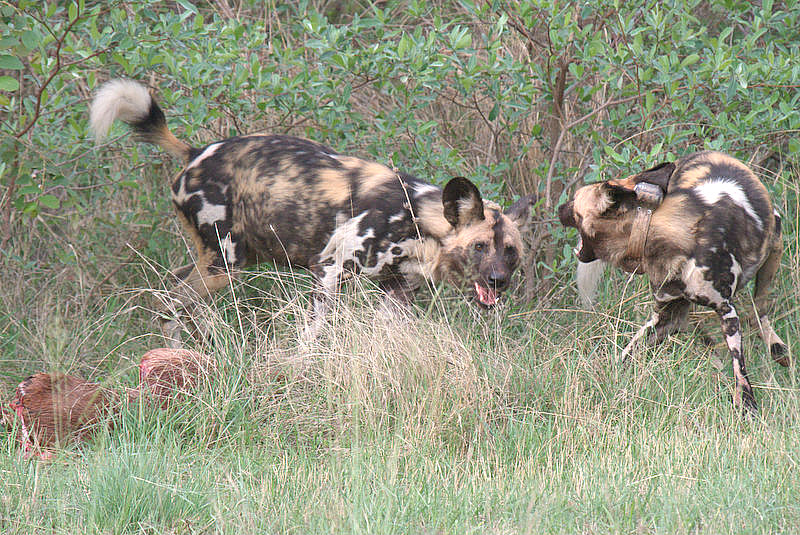 Unlike other predator species that hunt in numbers, like lion and cheetah, there is no squabbling for food within a dog pack. Although these two might look like they are fighting over the remains of the Impala, the exact opposite was true and they shared until they had both had enough and then trotted off together, leaving the remains for whatever had been vocalizing out of our sight. 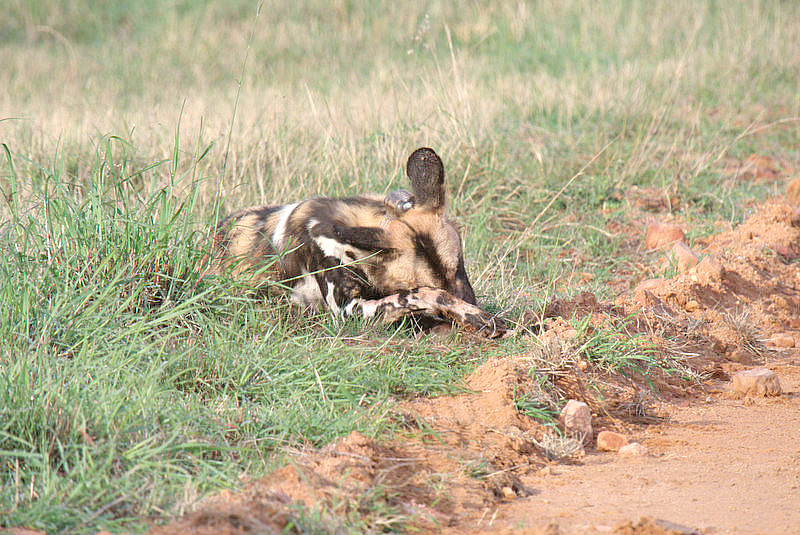 “Enough with the clicking”! “I am tired and a quick nap might be in order”! 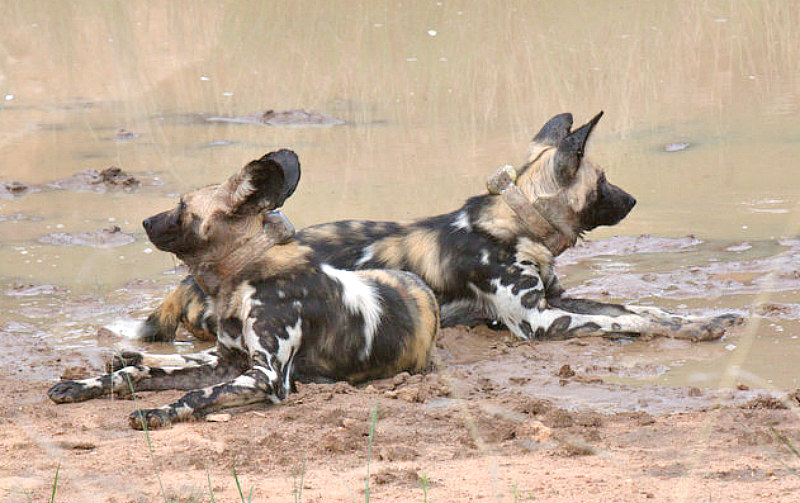 Because of their high metabolic rate, and the speed at which they eat, it is easy for them to overheat after a successful hunt. They will often seek out nearby water in order to cool off. And in this case, it was no different.

They had trotted away from their kill and we found them relatively close by in a puddle caused by the recent rains. 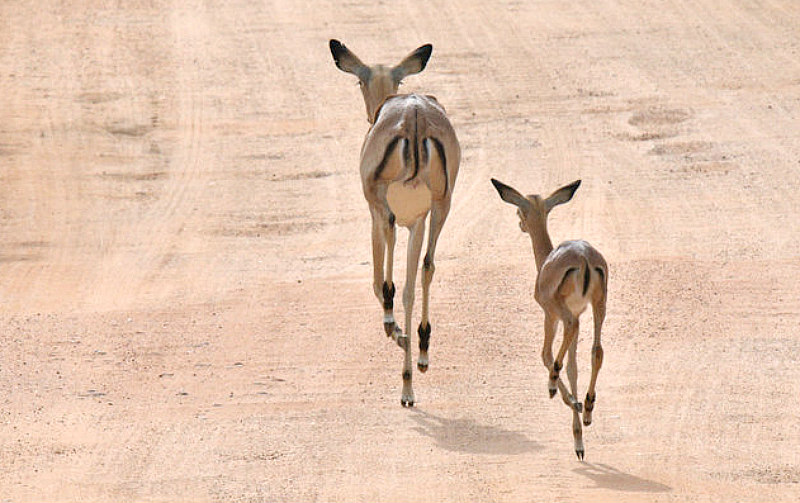 December is lambing season for the Impala and the veld was starting to fill with youngsters alongside their mothers. In this case, given the proximity of the dogs, this mom seemed to be getting her offspring away from any immediate danger.