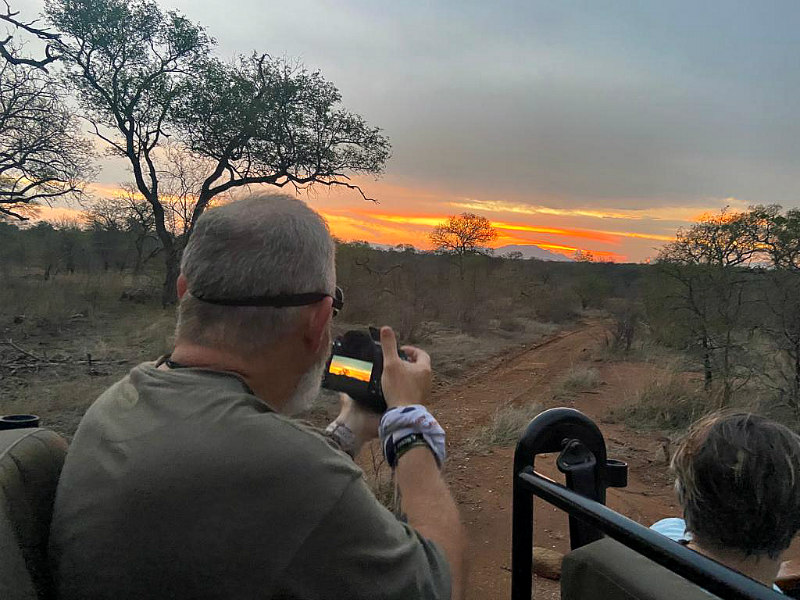 This was the final evening game drive of our stay at KwaMbili Game Lodge. Often an introspective time for me as I contemplate what I have experienced during my stay and what lies ahead on the journey home. Not often that I get to ‘appear’ in an image, so thanks to my wife for this memory.

A spectacular sunset was the precursor to what awaited us once the darkness had settled around us on the vehicle. For humans, the night signals a retreat into our homes and a settling down until morning. For prey and predator, it is a time of savage interactions for some, while others make it through the night to once again witness a morning sunrise.

It is a constant battle after the game viewers have returned to their respective lodges and guest and guides alike often only have the sounds of the bush-veld to tell the stories about what cannot be witnessed. 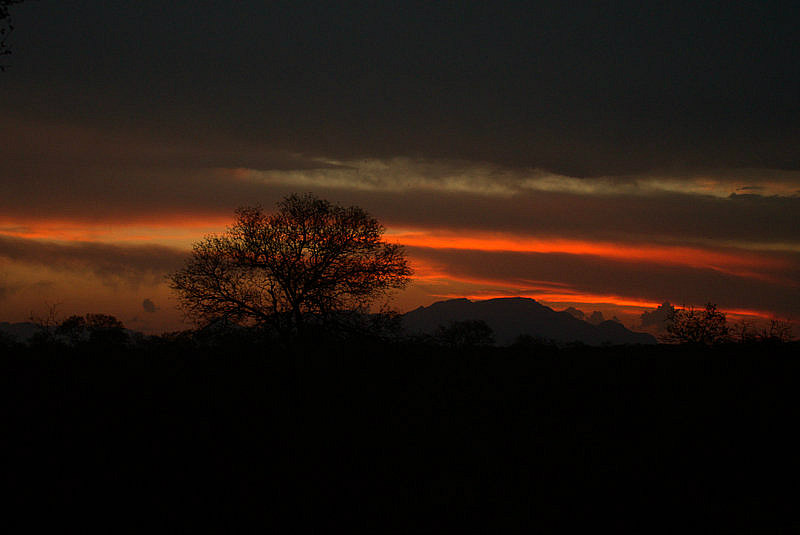 The colours of the sky over Thornybush were constantly changing and each evening, with the exception of our first night when the skies opened up and we had the most stunning electrical storm to contend with as we tried to outrun the downpour, which did not happen and we arrived back at the lodge soaked to the skin despite the best efforts of our guide to keep us dry. (Even the waterproof ponchos were not…watertight, but despite that, those on the the vehicle turned the experience into a memory) As per usual the clear night skies presented us with an array of colours that only an artist can really replicate. 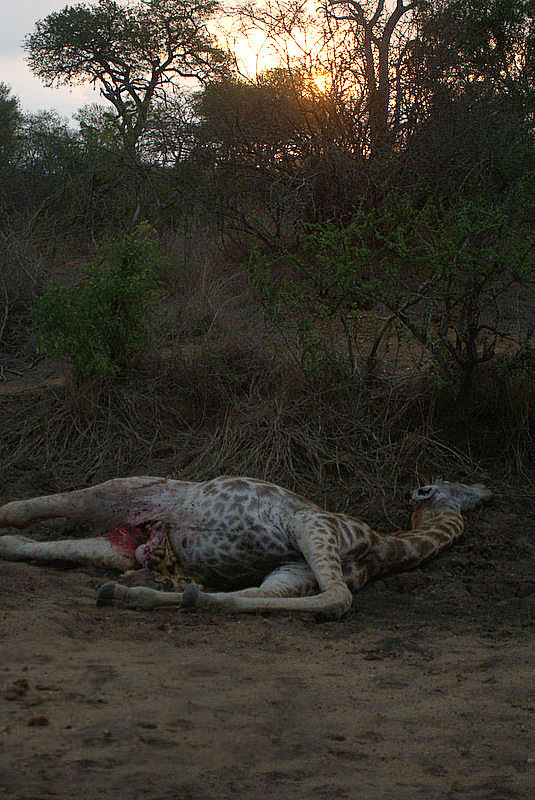 Our first inkling that we were going to be in for an experiential evening was finding this female giraffe that had been brought down by a solitary lion that was lying not too far away from the carcass. Panting heavily from the exertion of bringing down such a large animal as well as having consumed a large quantity of meat, it lay nearby keeping a wary eye out for scavengers like jackal, hyena and vultures. All of which would only appear two days later. 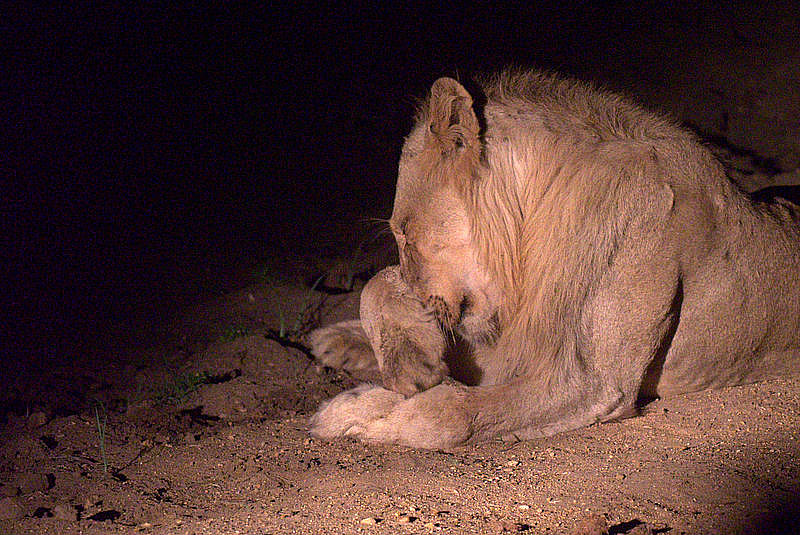 Lions, like their house cat cousins, are fastidious about cleanliness. Especially when you have a face full of blood that could attract both scavengers as well as other lions who would try to take the kill away. 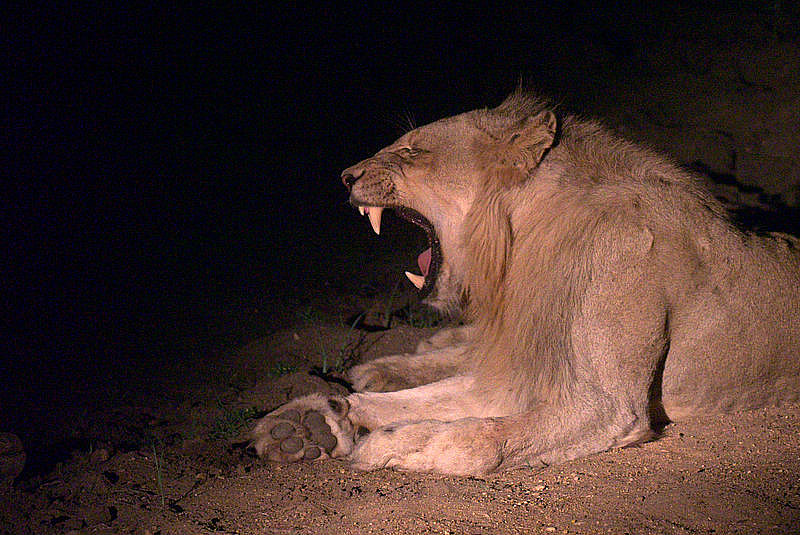 Time for bed yet? I don’t think so. I have a giraffe carcass (and foetus as it turned out that the giraffe was pregnant) to protect from who would come under the cover of darkness to remove all or part of it. 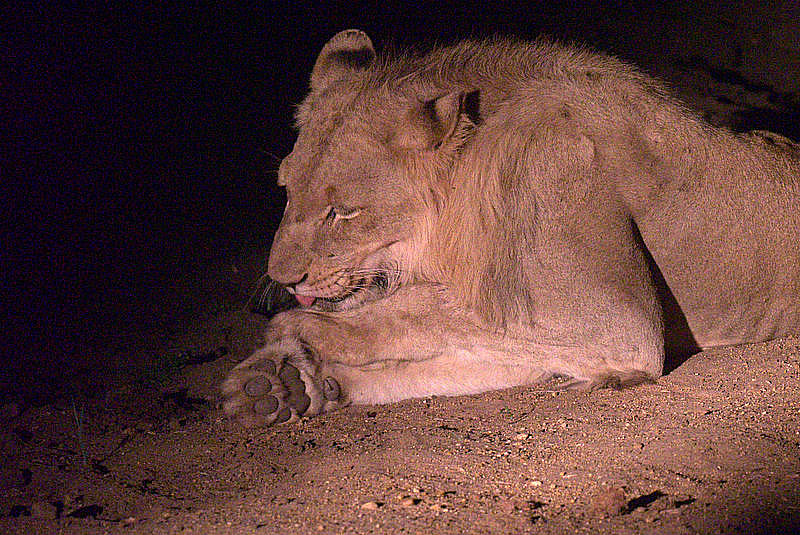 It seemed that I missed a spot… 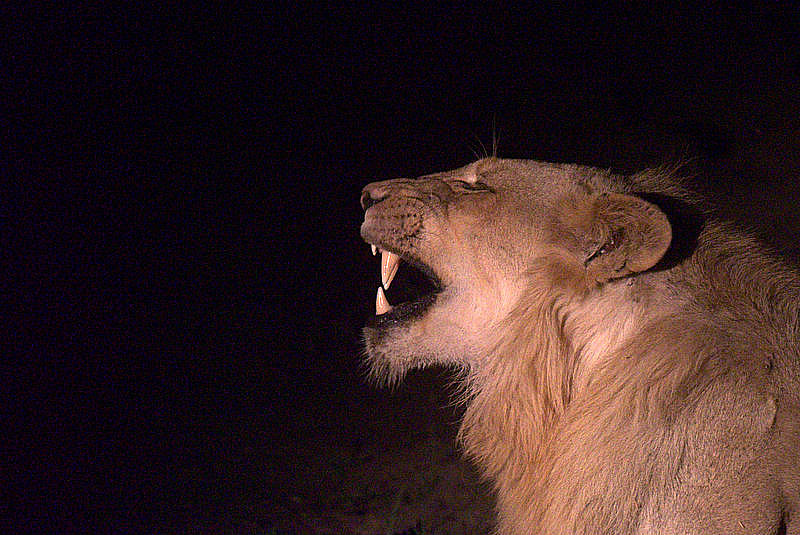 “My what big teeth I have”! The canines of an adult male can grow up to 10 cm and despite their size a lion has a bite force of about 650 psi, which is not much more than that of your average large breed domestic dog. Scientists seem to think that because they hunt as a pride, they do not need the incredible force of a hyena (1100psi) that often hunts alone. 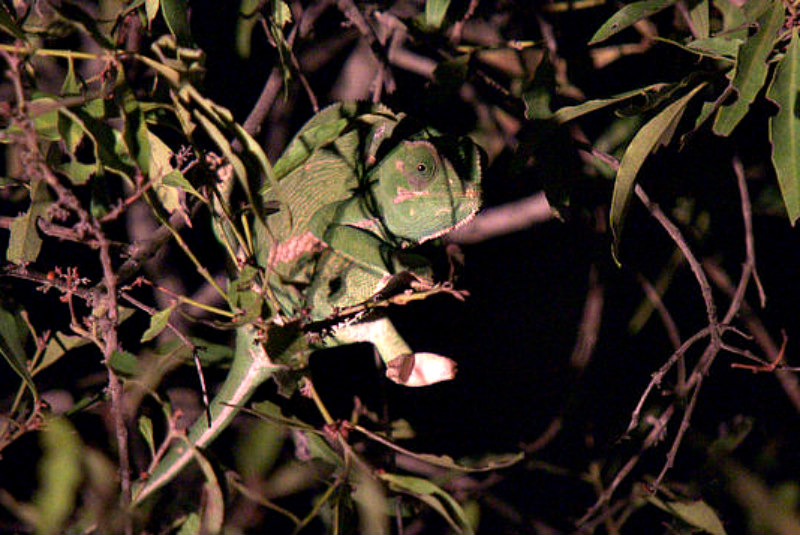 It was not all claws and teeth in the darkness. This Flap-necked Chameleon was caught in the spotlight beam of the tracker. It seems that this is a ‘party trick’ of guides and trackers who are able to find these almost invisible reptiles in the foliage of trees, in the dark, with only a spotlight to assist. 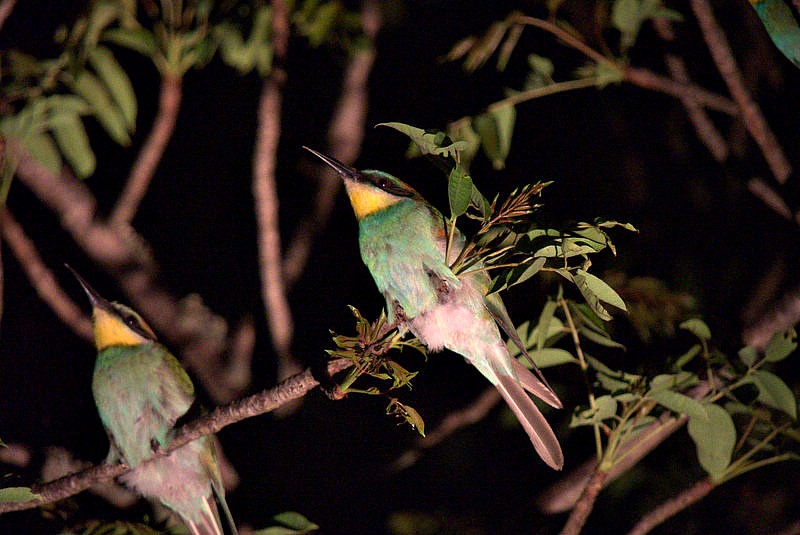 A tree full of Bee-eaters that looked like Christmas decorations. 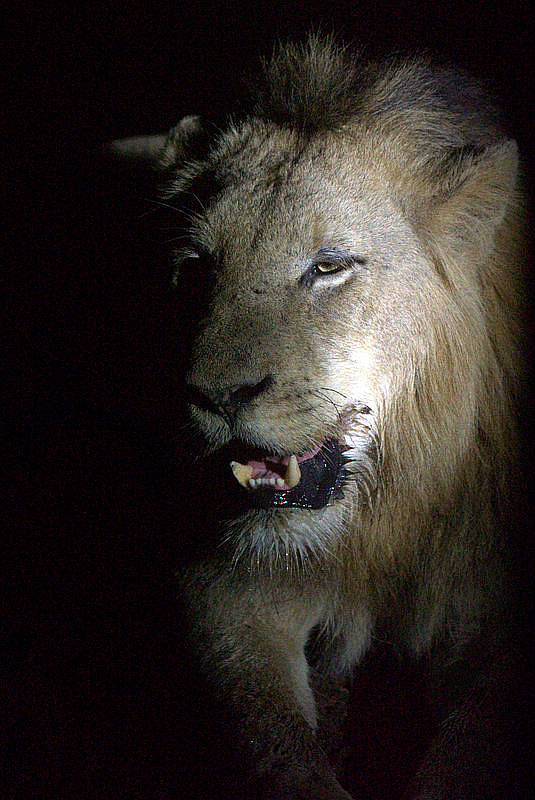 After slaking his thirst right next to our vehicle, this male returned to guard his kill. But not before he had a close look at all of the guests on the vehicle. Lions don’t look at you, they look into you. Their piercing eyes seem to access the very depth of our souls, leaving us both exhilarated and scared at the same time. 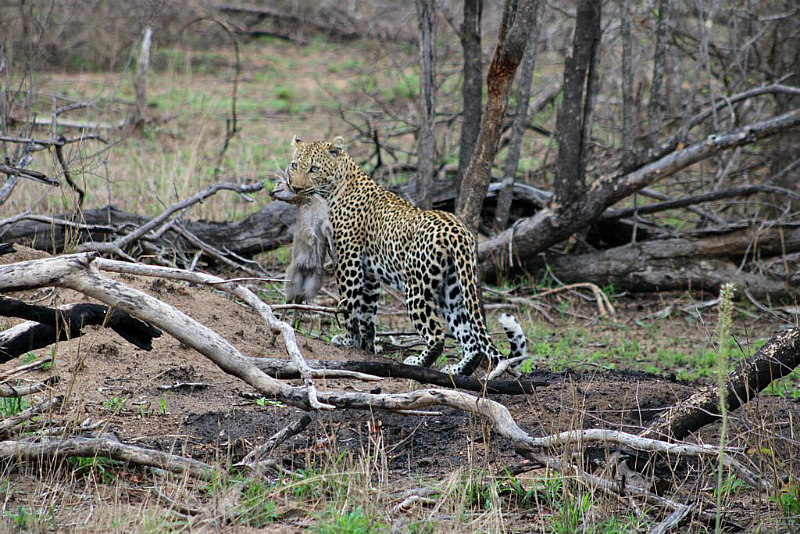 The best game viewing always occurs the day before you arrive at a lodge, or in our case, the morning after we left! We had met a Cape Town couple who were staying on a day longer than us and I stupidly asked them to update me with sightings.

Their evening drive was uneventful and I was relieved that we had not missed out on anything exciting.

However, their final morning drive produced THIS! Thanks for rubbing it in Ian and Jane and thanks for allowing me to use your image… 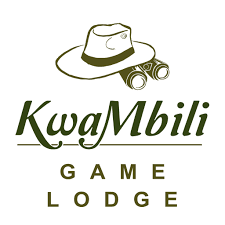 To find out more about what this stunning lodge has to offer, click on the logo