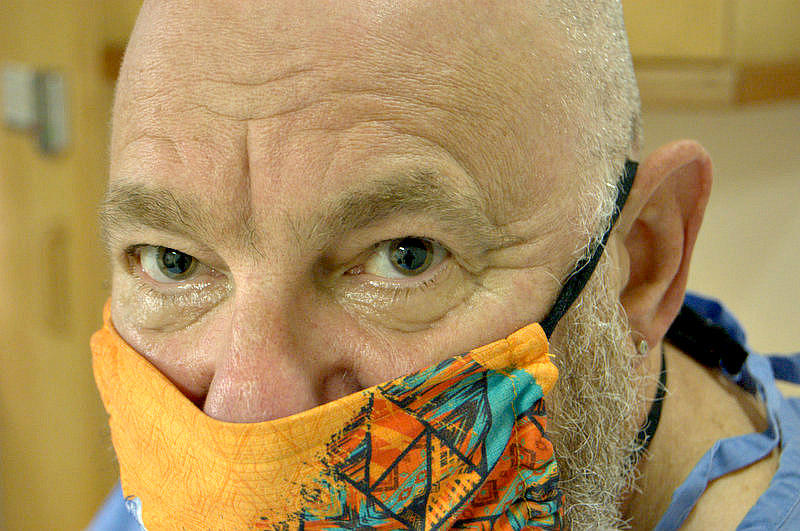 This post is the culmination of my experience with Robert Daniel at Sandton Eye Clinic. I have combined my original consultation, the operation and my final laser procedure in order to help others who might be considering cataract surgery. Both the original consultation and the operation have links to the full posts that I published on each of those and then the final step of this journey, YAG laser capsulotomy that was done at the rooms as a non-invasive procedure, rather than under sedation in a theatre. My thanks to all involved for making the whole experience such a positive one. 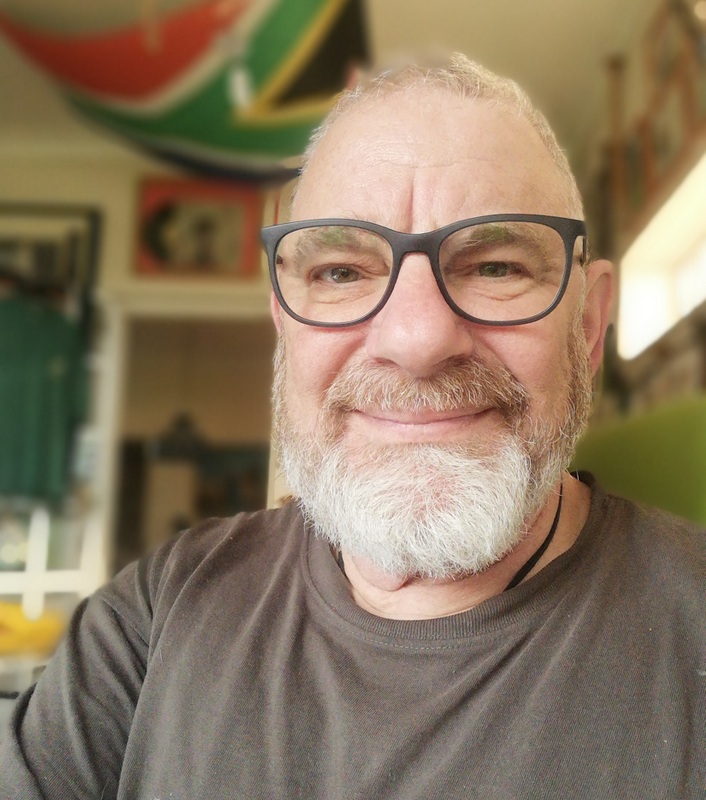 Being a writer and a photographer, my eyes are very important to me. Just like mental and physical health, I do get my eyes checked on an annual basis in order to make certain that my most important tools are in good health. I have worn spectacles since 1971 and that is basically my entire adult working life. Now, at 68 years old, it becomes even more important to make certain that my eyes are in good shape and will continue to work as they have done for all of my life. My visit to Dr Robert Daniel was to check to see if I had an issue with cataracts and to confirm that all was as it should be… 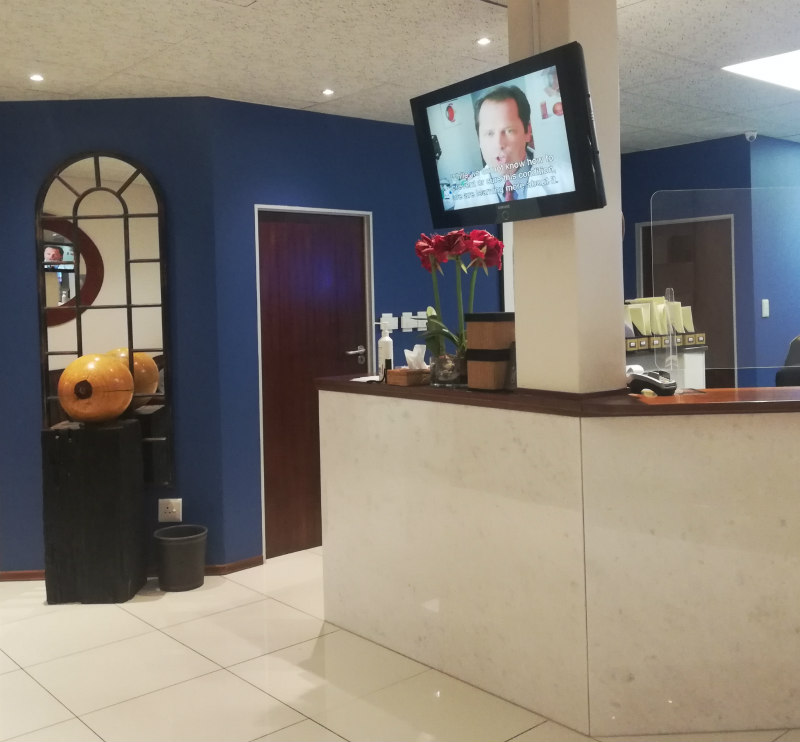 I began to feel that the large wooden eye on the plinth against the wall was following me around the room, however, it was just a figment of my imagination and it was, in fact, stationary. The information on the monitor explained a variety of procedures that could be undertaken to keep eye health optimal. 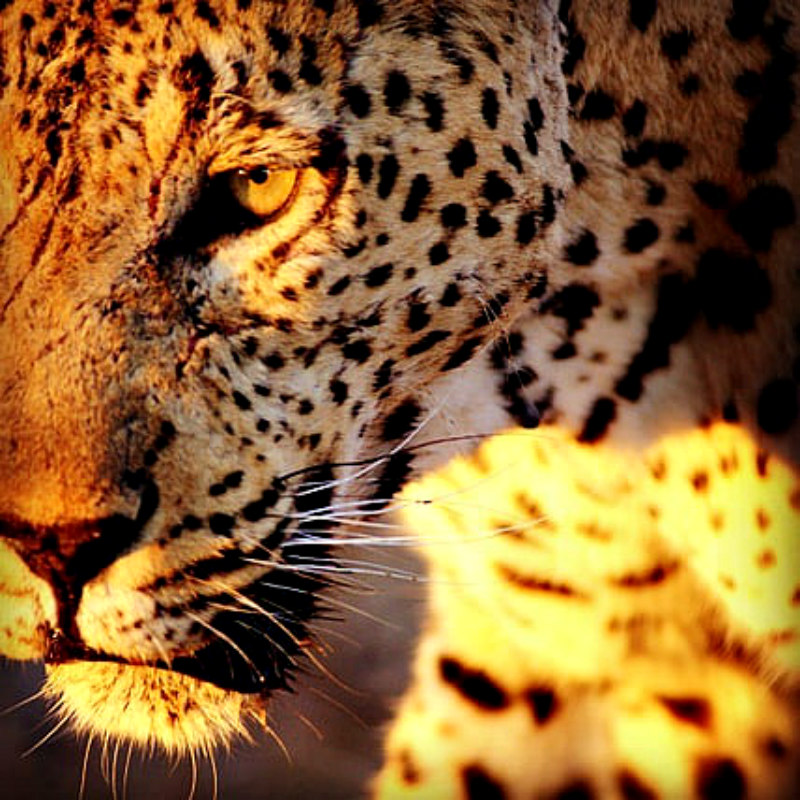 Forget the eye-of-the-tiger, I believed that I had the sight of a leopard. Having the correct information to make a statement like that was crucial and I was about to settle into a chair to have the first series of tests. These were far more thorough than anything I had undergone at either opticians or optometrists in the past. And were carried out in a competent and professional manner. It was the old “1 or 2? Which looks better?” routine but taken to a whole new level. 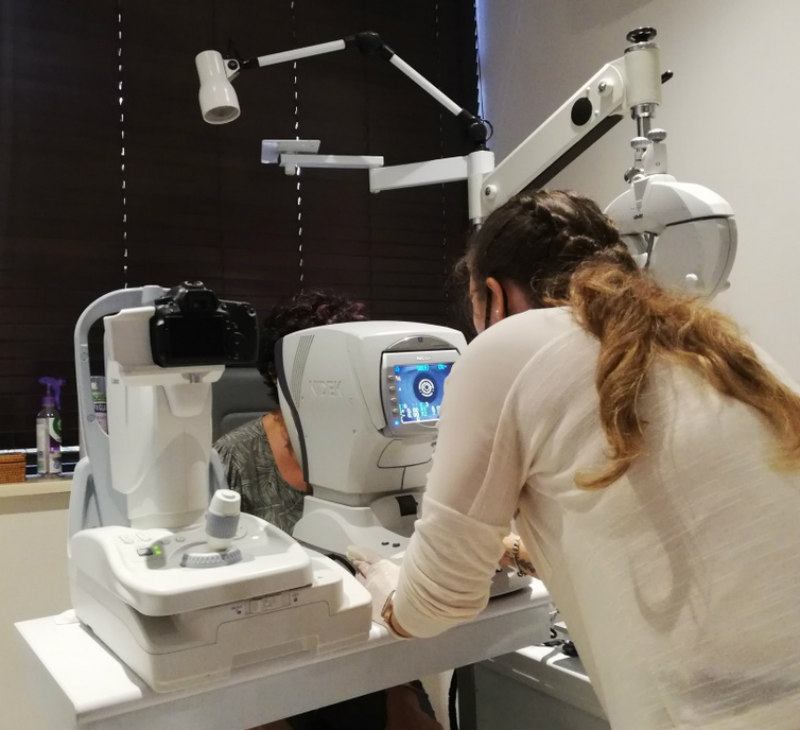 The equipment at this practice is state of the art and more importantly, those in control of them are professional and empathetic when dealing with patients. My only complaint? All the camera equipment being used is Canon, and I use Pentax! This first part of the consultation is to establish baseline parameters in order for Robert to make a correct diagnosis and to then structure the second part of the consultation accordingly. 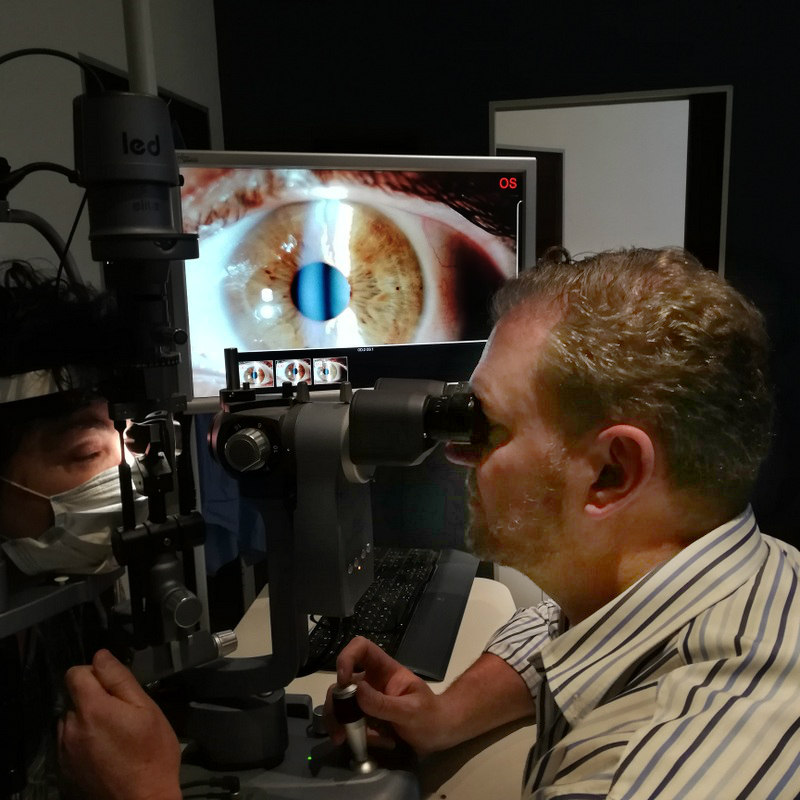 There is instrumentation in the main office that would not look out of place on the main control room at one of the Space Agencies. But none of it is invasive or intimidating and even the puff of air on the eyeball to test for glaucoma has been replaced with a new updated electronic version. (This was always the test that I found the most difficult to keep my eyes open for) No Netflix on this particular TV…just my eyeball and the news that I did, in fact, have cataracts.

To read the full post on my consultation, use this link: https://travelandthings.co.za/2021/05/the-eyes-have-it-consultation-time-at-sandton-eye-clinic/ 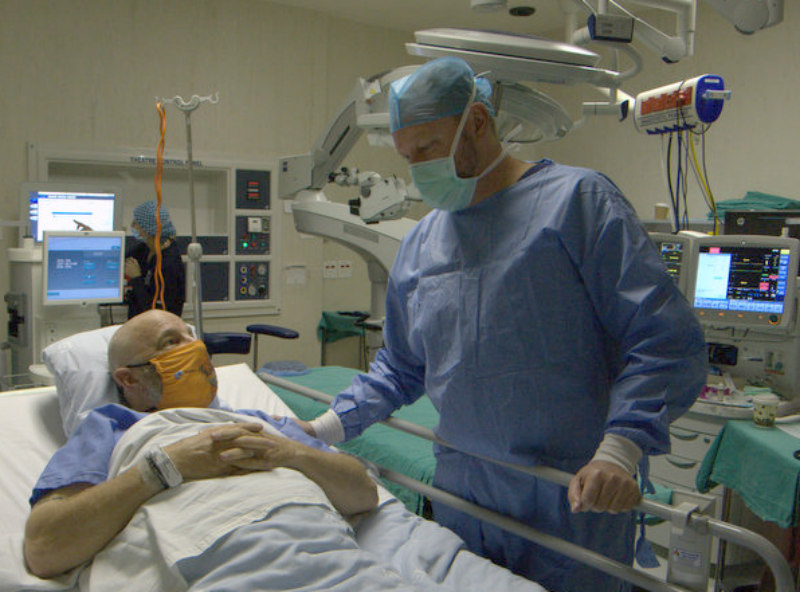 The day had arrived…operation time awaits.

A moment of frivolity before the op. When Robert (Dr. Daniel) asked me to slide across from the bed onto the operating table, the comedian in me could not stop myself from asking “What happened to on my count”? His response? “You have been watching way too many medical dramas on TV David”! But he did give me a hand to position myself on the narrow operating table without falling off. 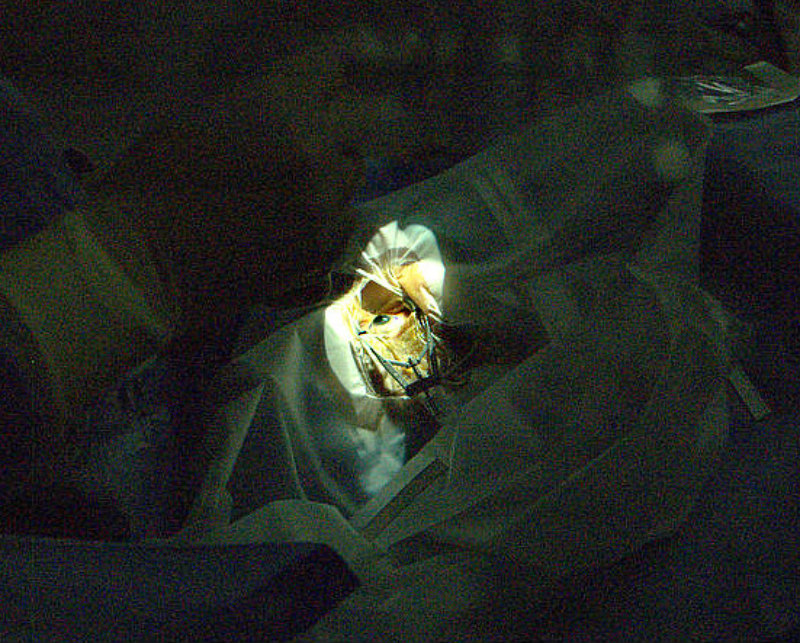 So THIS is how they kept my eyes open during the surgery. It looks like a scene from “A Clockwork Orange”, but because I was under a general anaesthetic at this stage, I neither felt any pain nor was I able to see what was going on.

As to what actually occurs, I suggest that you visit the Sandton Eye Clinic website, where the procedure is explained in detail. To quote that website: ” Sandton Eye Clinic uses the most advanced Swiss-made laser technology (FEMTO LDV Z8) for premium cataract surgery, which allows for a bladeless, bloodless, and painless procedure with an unparalleled outcome”.

What I do know, from both my consultation and Rob’s calming words just before the operation. was that the old lenses would be removed and the new multifocal lens would be inserted to millimetre-precise measurements.

So, basically, out with the old and in with the new… 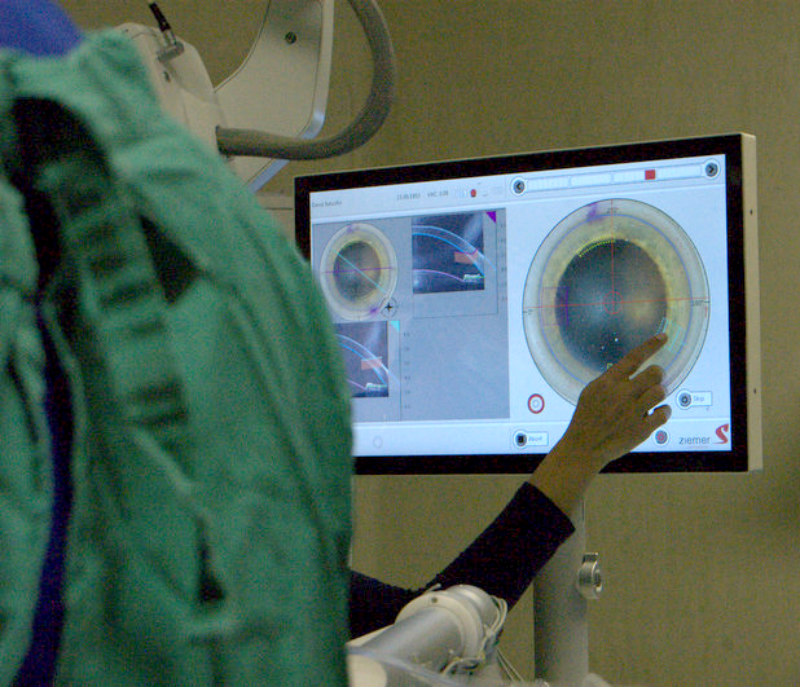 Modern Swiss technology in action. This is a shot of the monitor with an enlarged image of my eye visible on the screen. This enables all involved to have a clear picture of what is going on and making certain that it is according to plan. 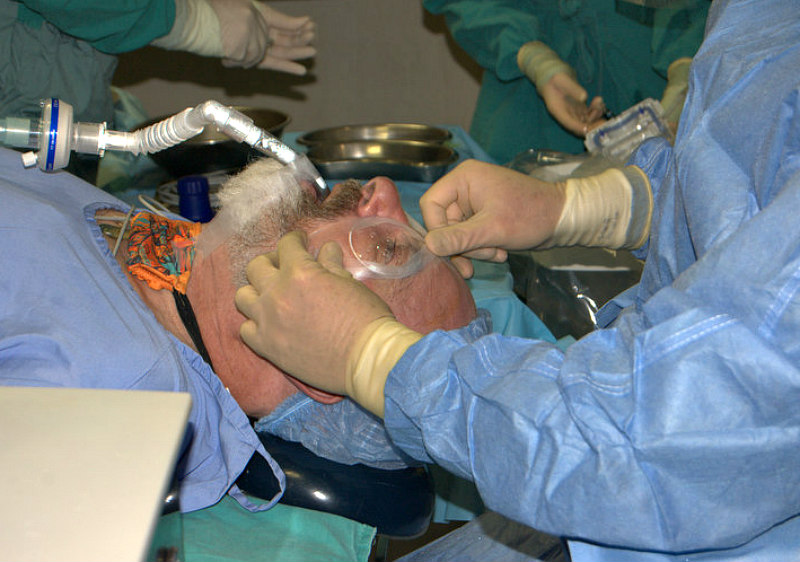 The end is in sight…Rob completes the procedure by placing plastic eye shields over my eyes and taping those in place. I would be wearing them overnight to protect my new lenses until I was back in the consulting rooms the following morning. And, all done, it was off to the recovery ward and then back to the day ward before being discharged. 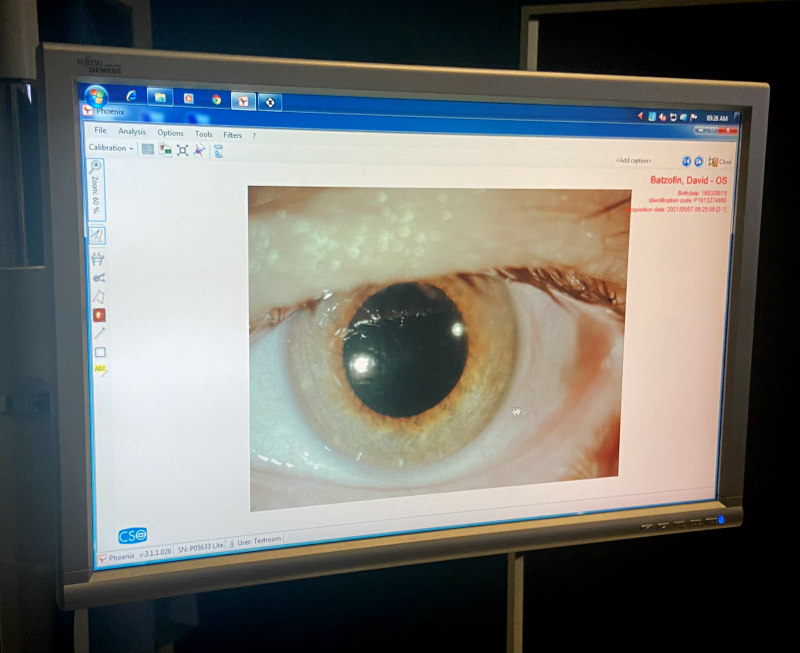 This is my eye the morning after surgery! No redness, no stitches. Almost no indication that my eye had been operated on at all.

To see the full post on the surgery: https://travelandthings.co.za/2021/05/eye-eye-captain-…ndton-eye-clinic/ 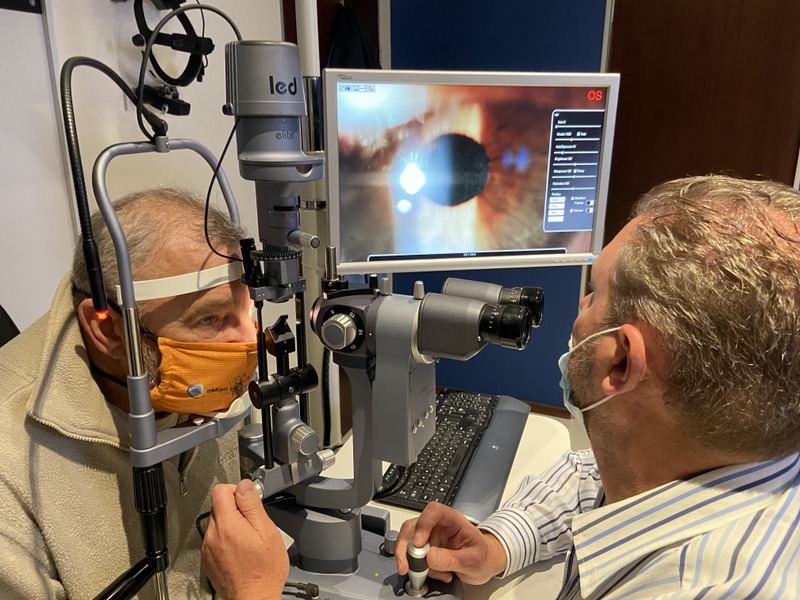 The penultimate consultation. Back with Robert to do a final check-up before the Yag Capsulotomy that would be performed in the rooms as the final part of this 5-month process. This machine once again showed exactly where the collagen was that he wanted to remove. “It will be like I have lifted a lace curtain” were his reassuring words. One of my major issues was that pre my surgery, I had had ‘floaters in my right eye and I had been told 2 years ago that I would have to live with them. They were a nuisance when bird watching as I kept think I was seeing flocks, when in fact it would be a single bird surrounded by the floaters! “I think I can help.” said Rob as we walked to the small room just off his office where the laser machine was situated. 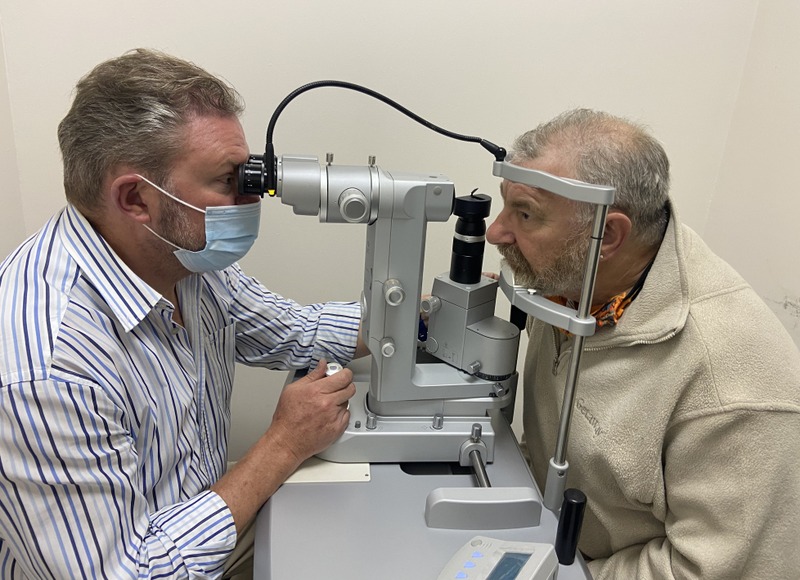 I had been promised that I would not feel the laser working and true to his word I felt nothing. This was a small buzzing noise from the machine, but aside from that, nothing! And it was all over in a matter of minutes. If I am to be honest, I seem to think that more time was spent sanitizing the equipment than actually on the procedure. And was it a success? The final appointment will be in 2 weeks time and the final medical prognosis will be delivered then.

Why did I need the procedure? It is a special laser treatment used to improve vision after cataract surgery.
During cataract operation, the natural lens inside the eye that had become cloudy was removed. A new artificial lens was put inside the lens membrane (called the bag or capsule) in your eye. This capsule may thicken after surgery and become cloudy and might interfere with the light reaching the back of the eye. When this happens, sight can become misty, and may cause glare in bright light, or from lights at night-time.
Capsule thickening can happen shortly after cataract surgery, and YAG laser capsulotomy is the only way to treat this. Apart from affecting your vision, the thickening does not damage the eye in any way.(NHS Foundation Trust) 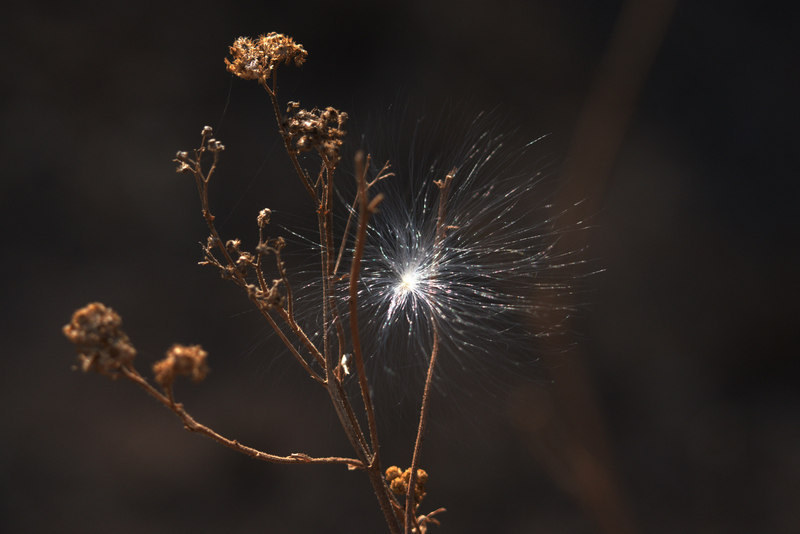 But for now, I can see beauty in the smallest of items. This feather caught in a dried weed stem made me so grateful to all who have been involved in every step of this process. 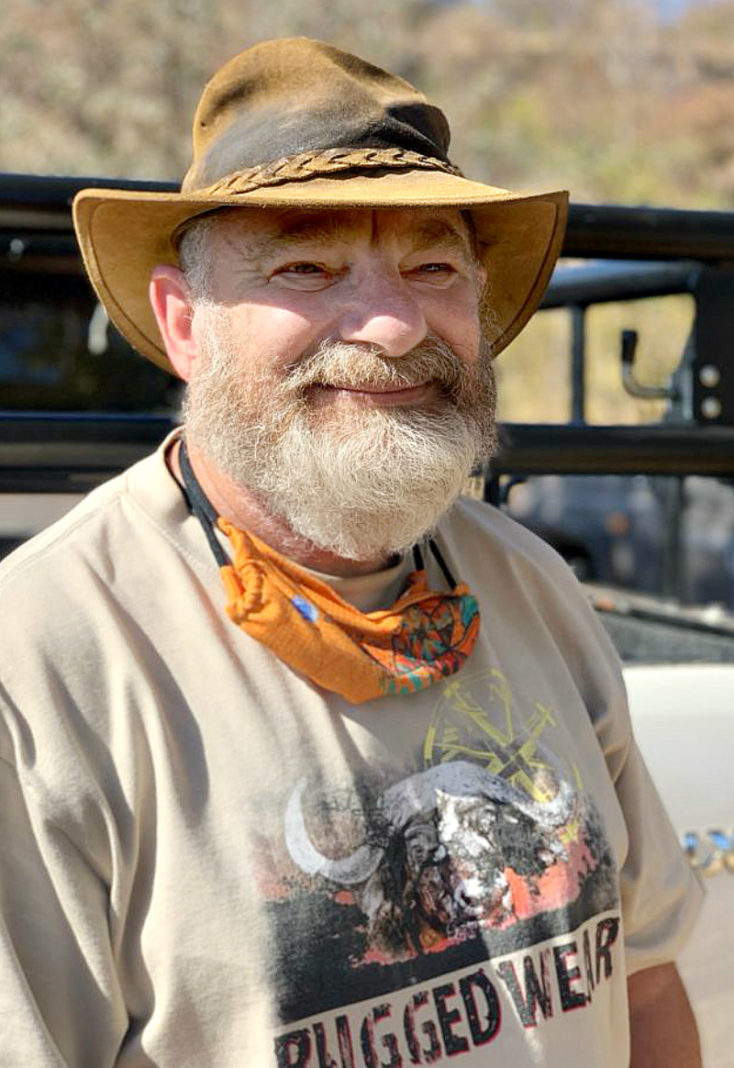 After 50 years of having to wear spectacles, I can now work and read without their necessity. The only recurring sensation that I have is that I can still ‘feel’ my spectacles on my face, even though they are no longer there. But I suppose after half a century it is going to take longer than 5 months to rid myself of that. I still reach for them in the morning and I try to take them off before I step into the shower…

At the end of the day, one of the most asked questions has been “Was it worth it”? And I can answer that with an unequivocal “YES”! It has certainly changed the way I see the world and it has given me perspective into the modern technology that is at the forefront of cataract surgery. If you are at all uncertain, make an appointment and get your eyes tested as it is better to be proactive than to wait until the operation cannot be avoided.

For more information, visit their website, www.sandtoneyeclinic.co.za (by clicking on the logo above, or call them on 011 884 5624/5. It will change the way you see your world.

All images, unless stipulated, are the copyright property of 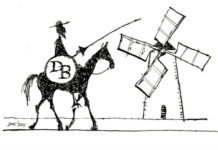 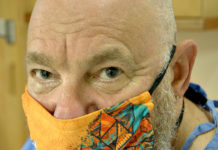 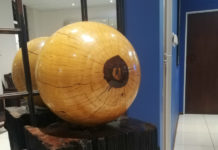 The eyes have it. Consultation time at Sandton Eye Clinic.