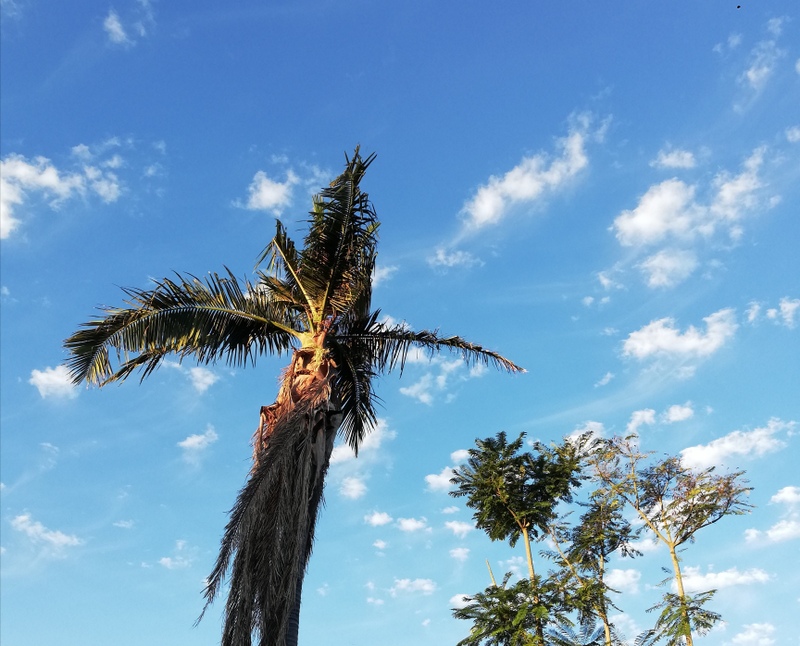 The sky was a brilliant blue with just a hint of cloud as I drove in Hoedspruit recently. I have to say that winter in the lowveld makes for stunning, clear skies. And with the palm trees swaying in the gentle breeze, it was the culmination of a drive from Johannesburg that had left me somewhat drained after doing the potholes along the road.

This guesthouse was to be my lodging for one night. After my Google maps brought me to Hoedspruit without incident, it decided to first take me to the Airforce base where one of the staff laughingly gave me the correct directions. (I can assume from his demeanor that I was not the first guest to arrive on the “wrong “side of a dividing wall) But aside from that glitch my check-in, once confirmed, went off without a hitch. The wall does not do the property any justice and it is only once I was through the gate that all was ‘revealed’…

I have been told by the original owners of the property that this is the oldest (25 years) guest house in Hoedspruit. And it has been in the same family for all those years. They must be doing something right. 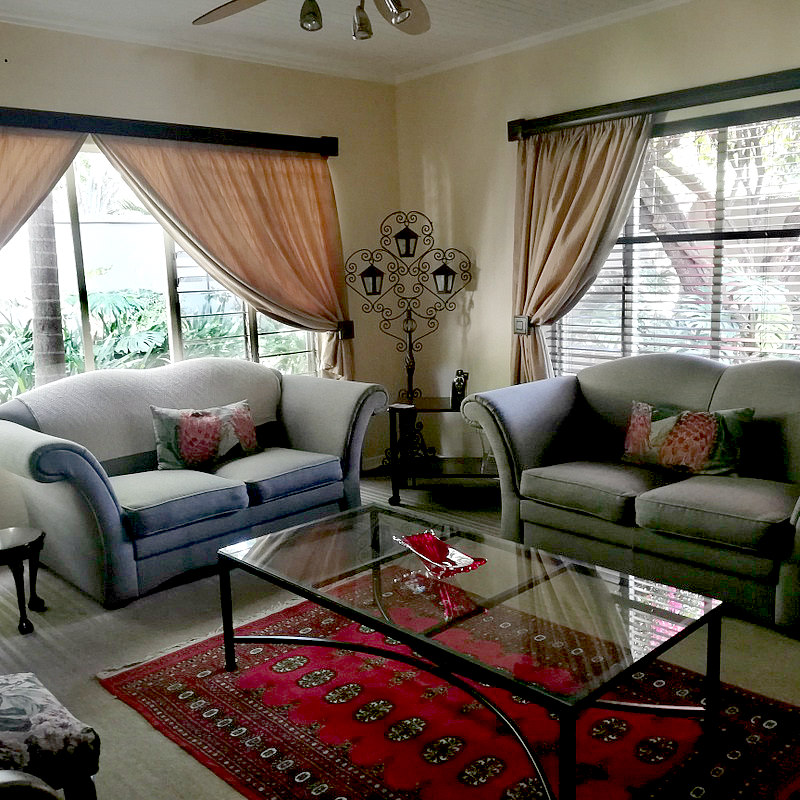 Inside the main public area are not one but two ‘formal’ lounge areas. Seeing that outside at the pool or even sitting in the garden would be the better option, I wondered who would actually utilize these. But, seeing that they are there, neat as a pin, they must be used relatively regularly. 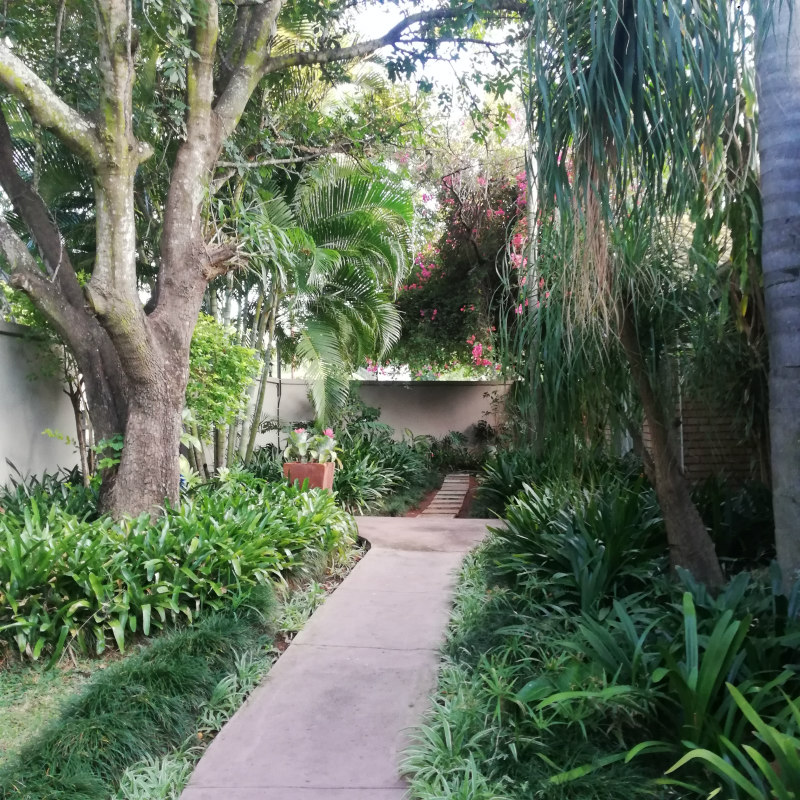 This is what was hidden behind the wall. With Hoedspruit enjoying an almost tropical climate, it stands to reason that most of the properties that I drove past in this suburb had gardens that were green and lush. 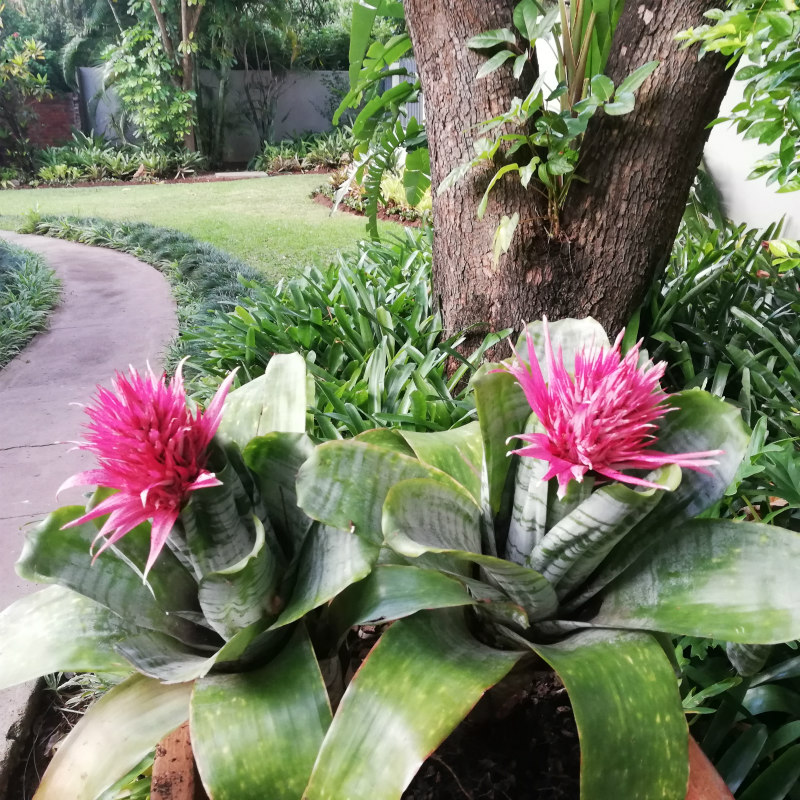 These were at the main gate. A splash of colour in an otherwise sea of green. 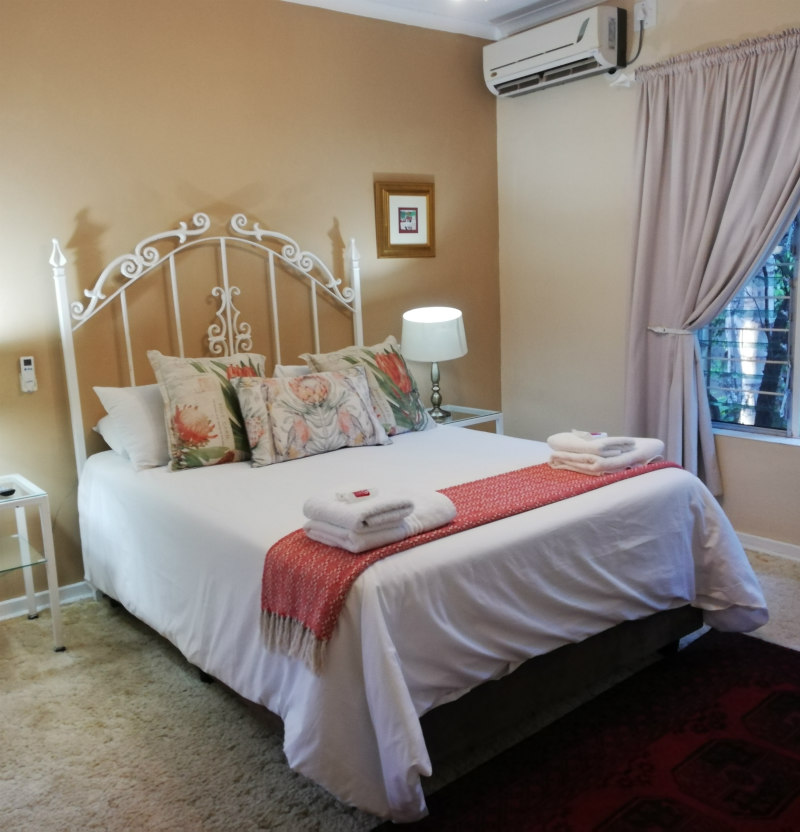 My room for the evening. Larger than I expected, with a comfortable bed and a view into the garden through the window. This particular room was inside the main house, but there are rooms available in an accommodation extension outside overlooking the pool and braai area. 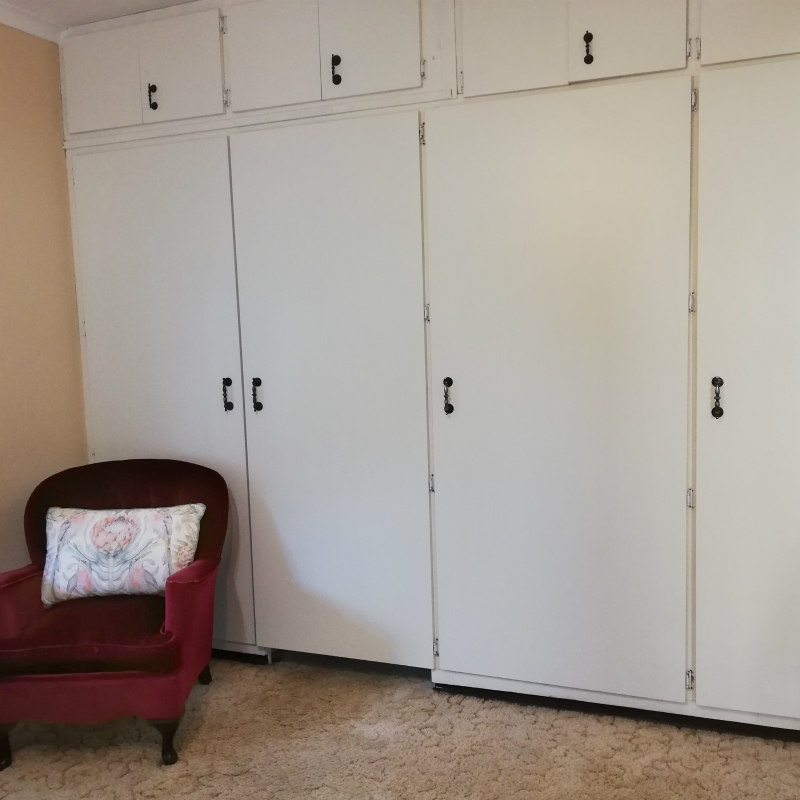 What is behind door number 2? 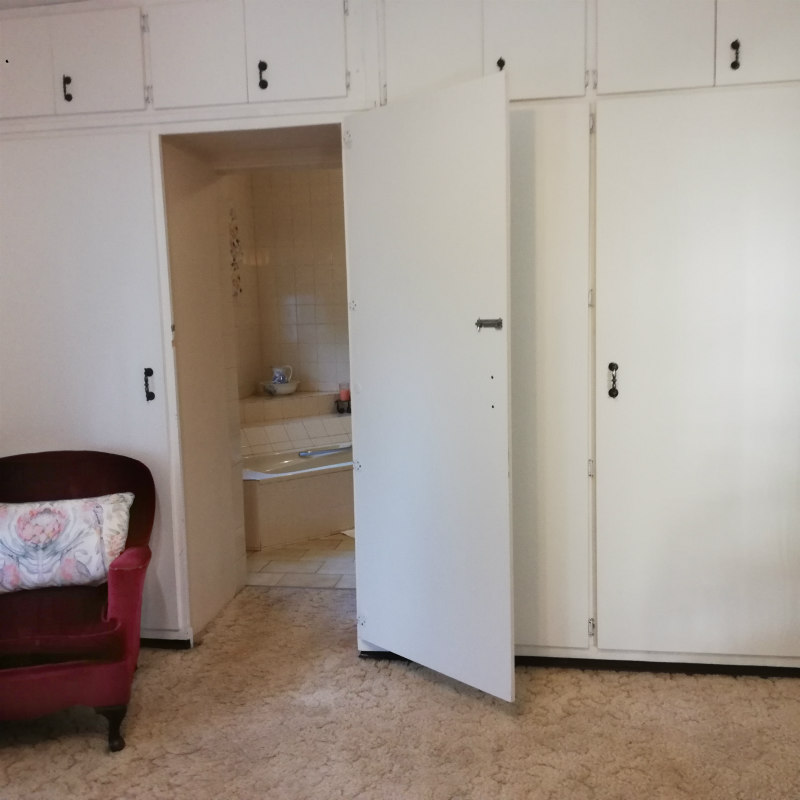 Why it is a full bathroom complete with both a shower AND a full-size bath! I have only seen this twice before and both in private homes. A quirky talking point indeed. 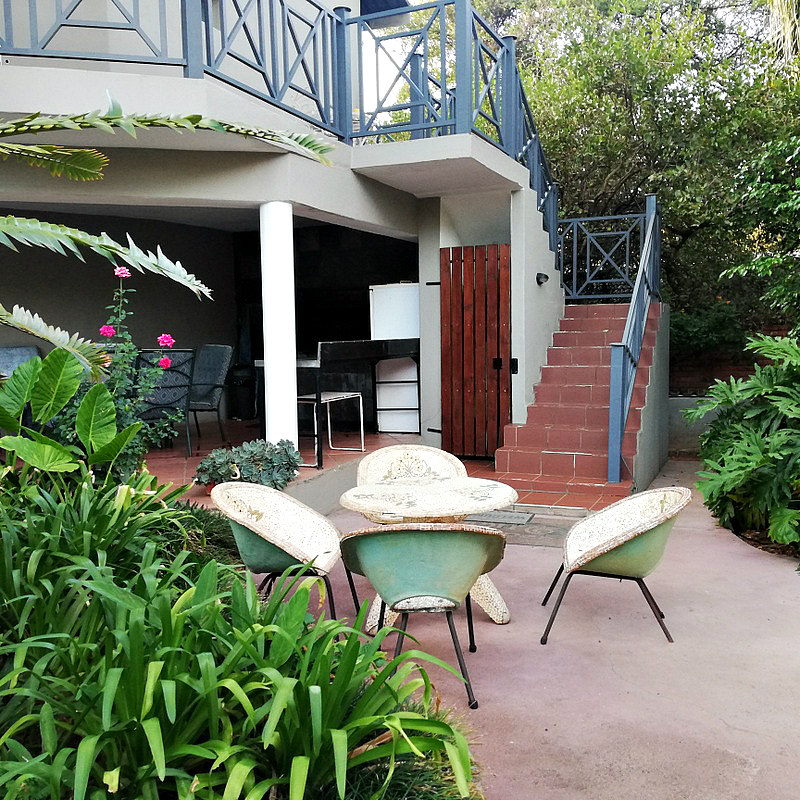 This is a public space that can be used by all the guests. Aside from the seating in the garden, there is a braai and seating under the overhang to the left of the image. The night I was there there were several people enjoying boerewors and a beverage. But, what impressed me the most was how respectful they were of other guests on the property. No raised voices, or a late night for these revelers. 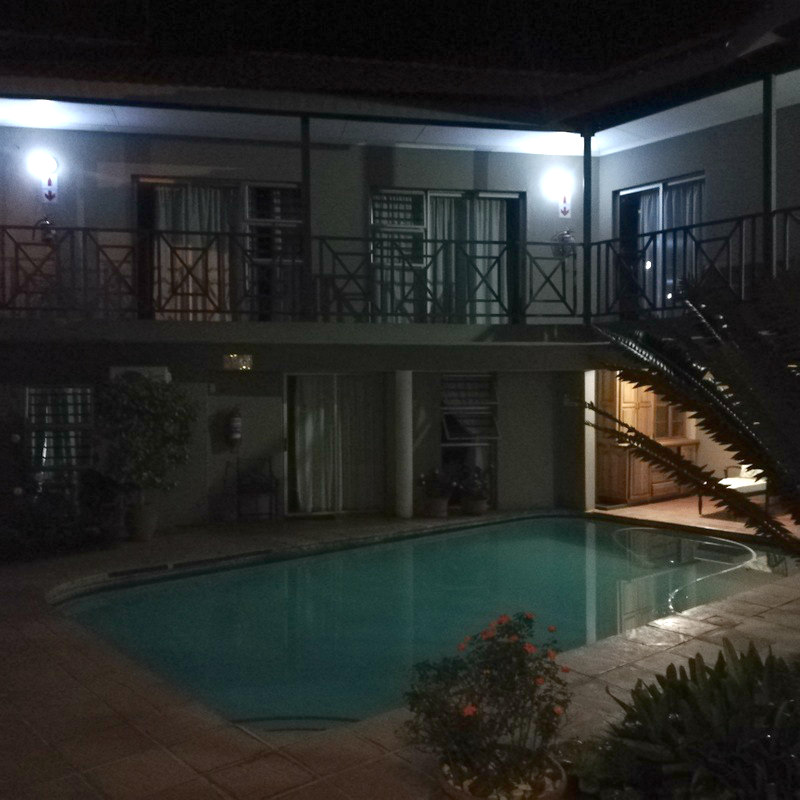 Looking over the pool at night. Much as I wanted to try in out, time and work ran away from me and before I knew it, it was too late to be splashing around. I hope to try it out on my next visit. 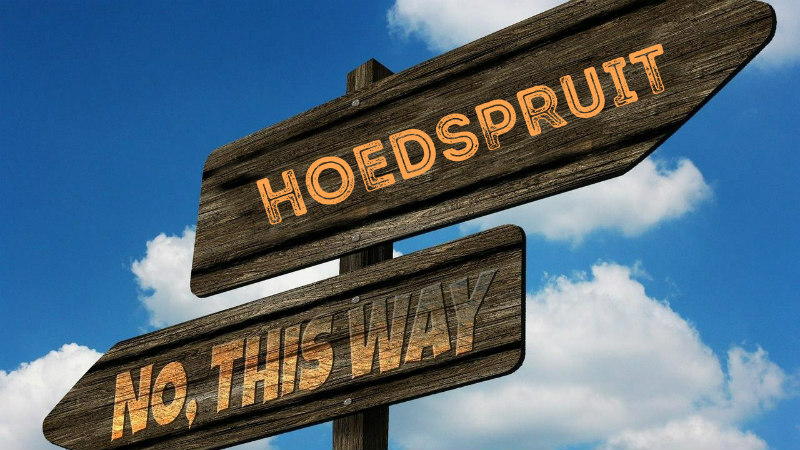 It has been more than a year since my last drive to this area and certain roads seem to have deteriorated badly as a result of the large, heavily laden trucks that use roads that I don’t believe were designed to carry the constant flow of heavy traffic. It was for research purposes that I tried two routes and despite the cost of the tolls on the Tzaneen route, the lack of potholes and the potential damage and expense make it the better option in the future.

This is the direct route but the POTHOLES on are legendary and dangerous…especially if you are traveling in the dark. The 58km stretch from Dullstroom to Lydenburg has become almost a guaranteed graveyard for tires and rims. Add to this section the numerous large trucks and you have a recipe for accidents just waiting to happen. 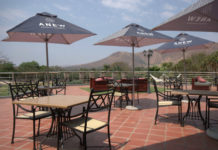 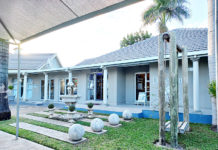 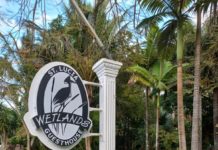