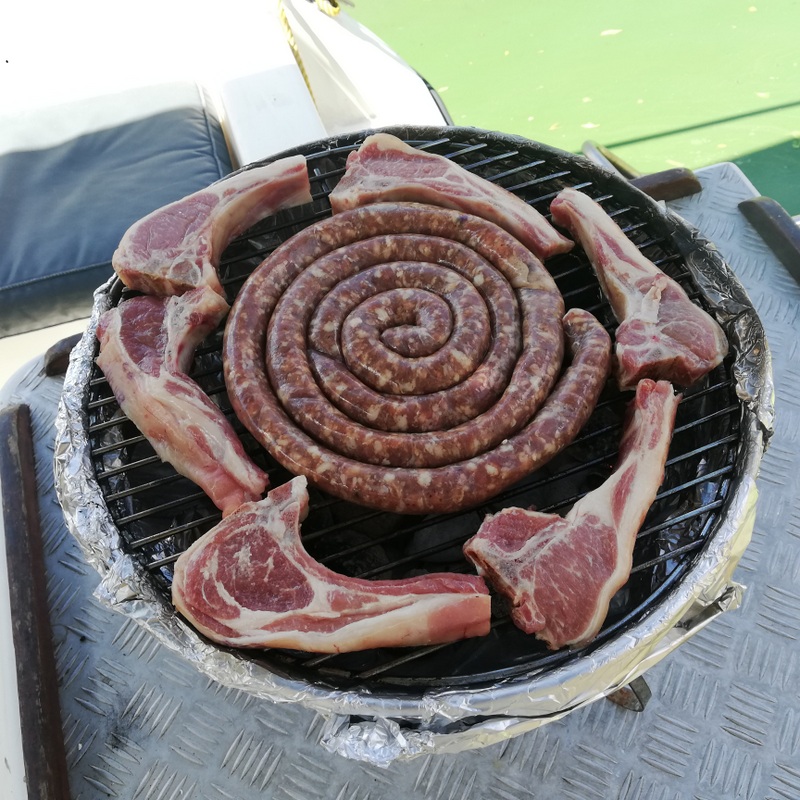 While waiting for our lunch/dinner to cook on the braai after we had secured the houseboat in Otters’ Cove, my wife and I decided to utilize the time constructively and see what bird-life was sharing the Cove with us. (as an aside, back in 2006 we had had an incident where we had believed that we had not anchored ourselves correctly and were floating off down the channel that we had moored in at that time. After a 02h00 phone call to the emergency number supplied to us, it turned out that we had merely swung through 180 degrees!) On this occasion, we tied up to the reeds at three separate points and made more than certain that we were secure for the duration of our time here. 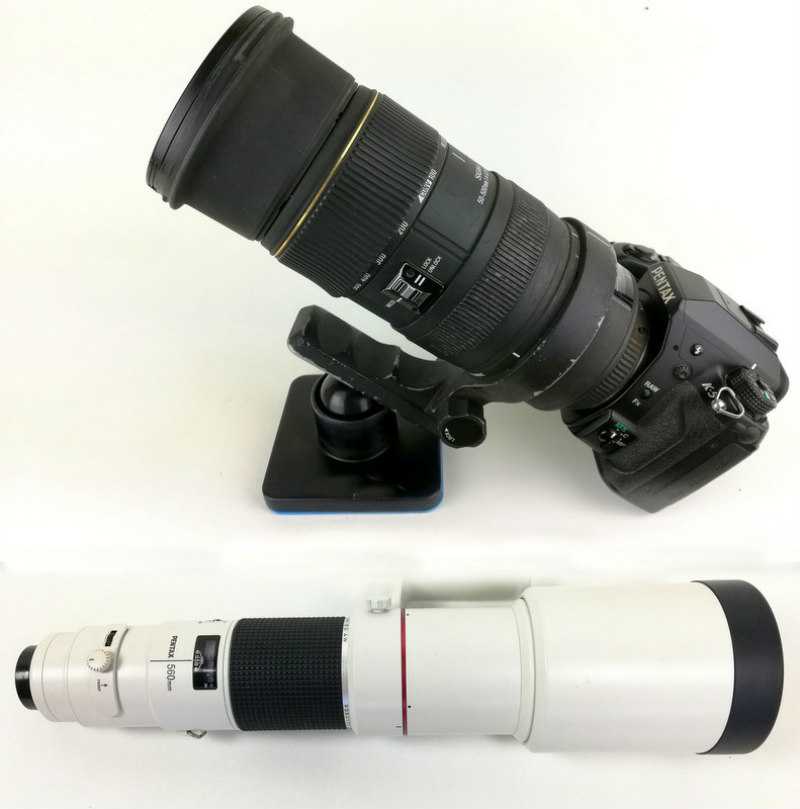 Time to bring out the big guns! All of the bird photography was done with Pentax DSLR bodies and either a Sigma 50-500mm or the HUGE(and impressive) Pentax 560mm lenses.

I had forgotten to bring a tripod, and it was somewhat difficult to handhold the 560mm while the houseboat rocked gently from side-to-side…but I persevered and it paid off in the long run. I was not able to photograph all the species that I encountered as they were not always in the ideal spot given the fading afternoon light. 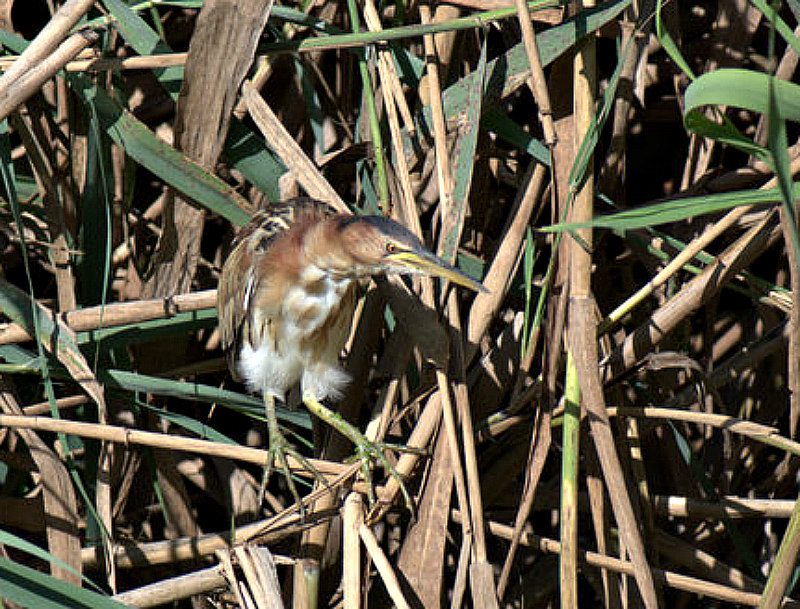 Out of the reeds, this Little Bittern appeared…Its colouration blended almost seamlessly into the surroundings and I had heard it long before seeing it. It looks quite cross, but I know for a fact that birds cannot express emotion via facial expressions! 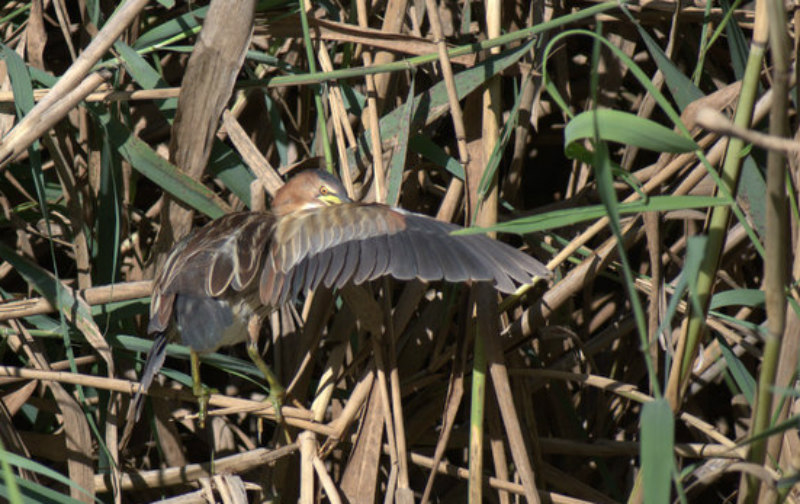 They went that way… This Littel Bittern was trying to distract me from what it was doing by pointing out other species that were hidden in the thick reeds that surround Otters’s Cove. Fortunately for me, and unfortunately for him, I was not fooled by his antics and I continued to capture images for a long while. 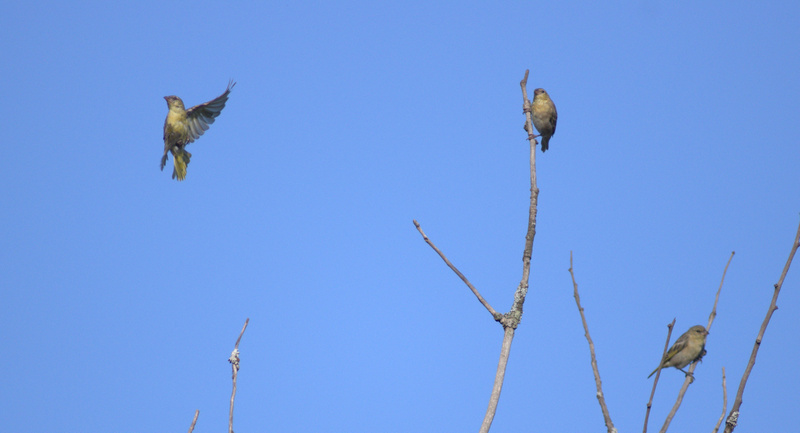 Dancing weavers…And no, the bird on the left was not photoshopped into this image. They had an interesting way of taking off and alighting back onto the tree branches. At first there were only a few, but soon they were joined by a large flock and the branches were bowed under their weight. The speed at which they landed and departed reminded me of Red-billed Quellias, who have a similar propensity to continuous movement. 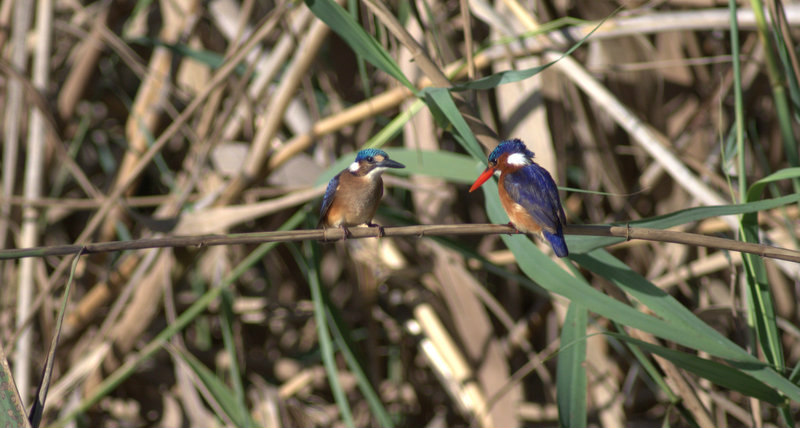 Adult female Malachite Kingfisher and a youngster. Most of her time was spent catching and feeding small fish and other morsels to her offspring. This species is a piscivore, feeding mainly on fish, crabs, prawns, aquatic insects, insect larvae and frogs. 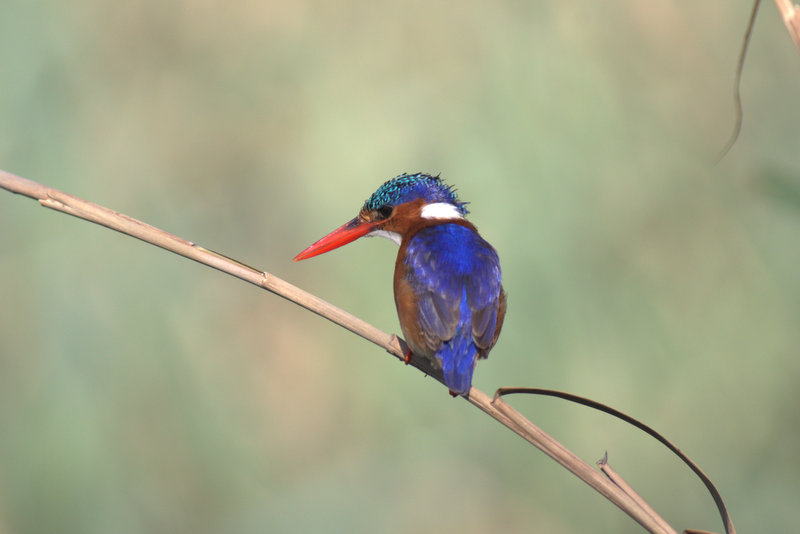 Eventually, the female had enough of playing at being a delivery service and came to sit near the stern of the houseboat. 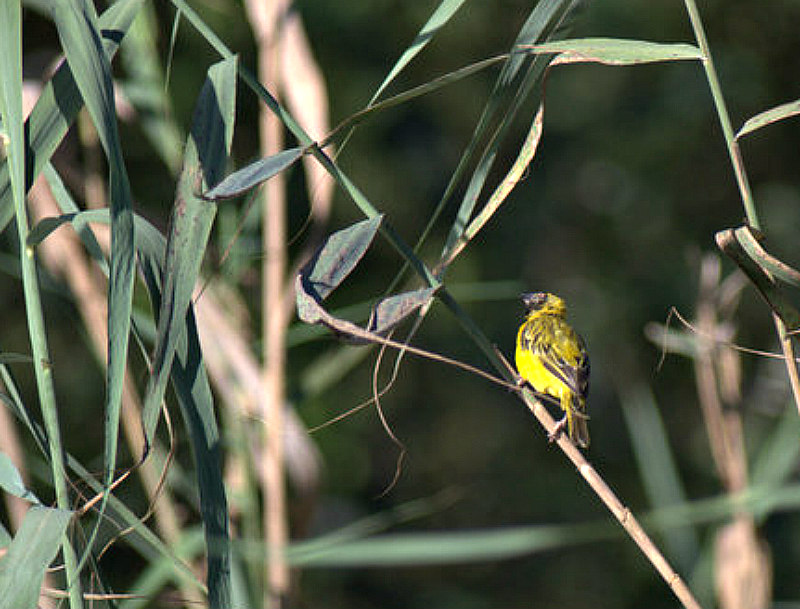 One of the male Masked weavers. The males have the unenviable task of building nests (with no plans) and if the females reject the new family home, he has to start again! You would think that he would just look for a female who was happy with his building skills. 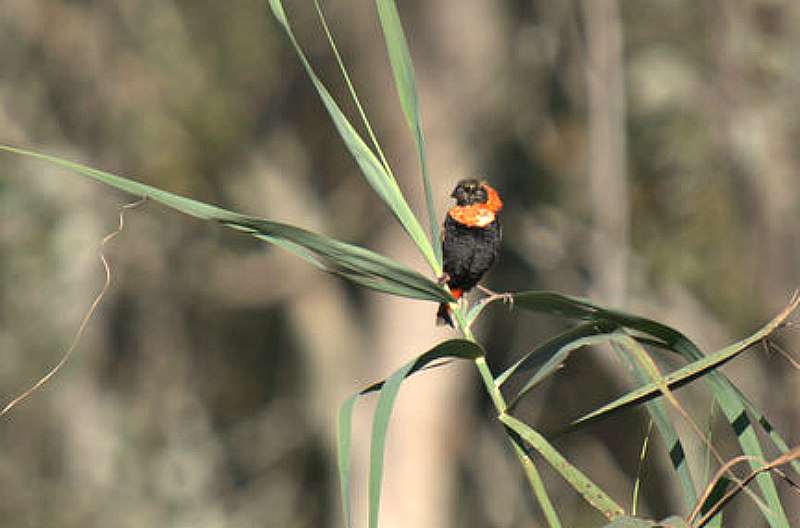 A Bishop looking somewhat the worse for wear. 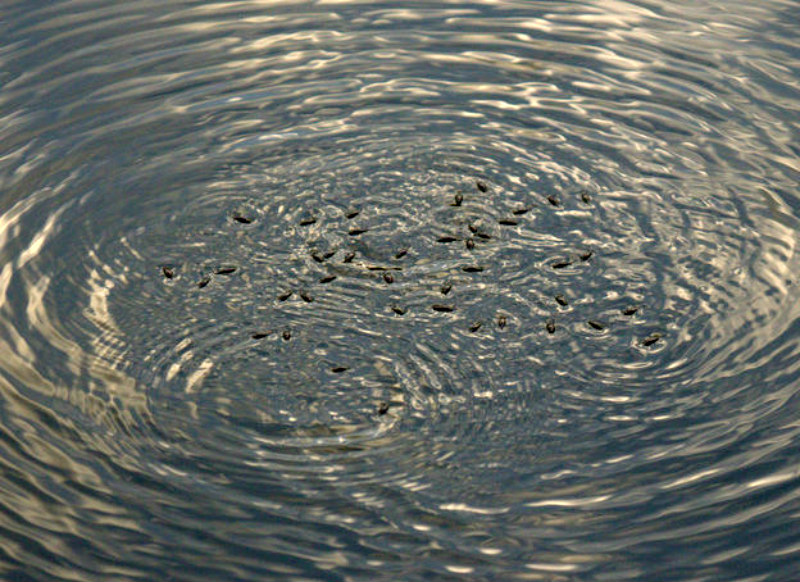 I have no idea what these insects were. They could have been one of the pond-skater variety, but they scuttled around on the surface for what seemed like an inordinately long time. I was hoping that they would attract some of the leaping carp I had been earlier or maybe a kingfisher or two. But no such luck and they eventually disappeared under the surface and did not appear again. 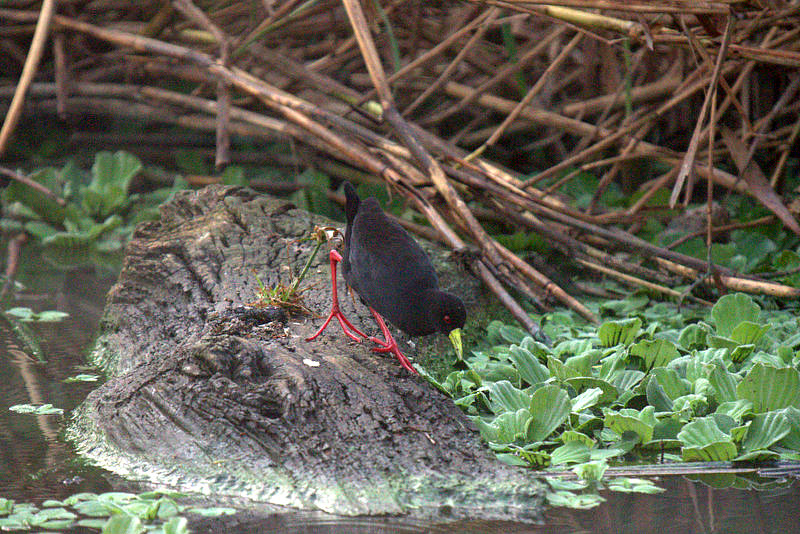 Much like the Little Bittern, this Black Crake appeared out of the reeds and spent several minutes trying to find food. Not an easy bird to photograph as it seemed to be intent on making my job as hard as possible. And I don’t have the patience of a ‘real’ bird photographer. I much prefer the larger land-based wildlife that are easier to capture or architecture that tends to be stationary and compliant. 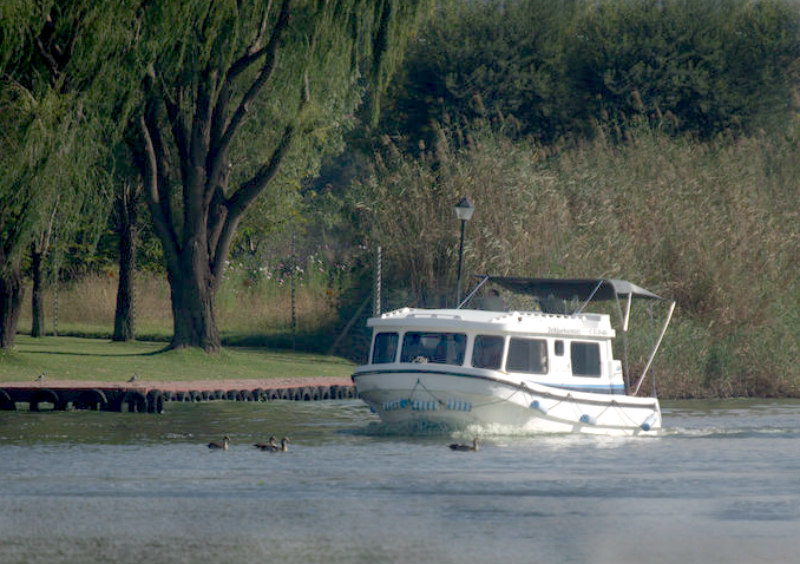 Time to head on back to the jetty to refuel before setting off to see what lay further upriver. 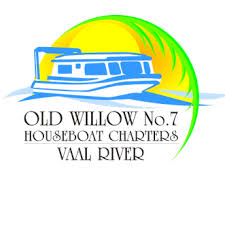 To find out what specials Old Willow is currently running, please click on their logo above. They currently run a variety of special with discounts that are extremely attractive to a wide range of guests. 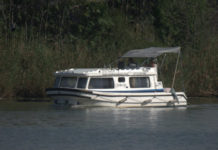 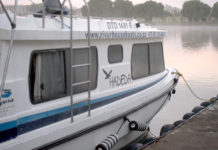 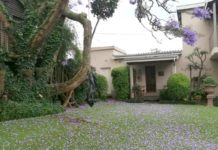 Kilimanjaro…why should YOU do it?

I spent the night at the Pofadder Hotel, Northern Cape