While cleaning up the hard drive on my laptop, I discovered a plethora of images stored in Google Photo albums. I was totally unaware of their existence and was excited to delve into them to see what had been stored. I have chosen some of the more interesting sightings for this posting… 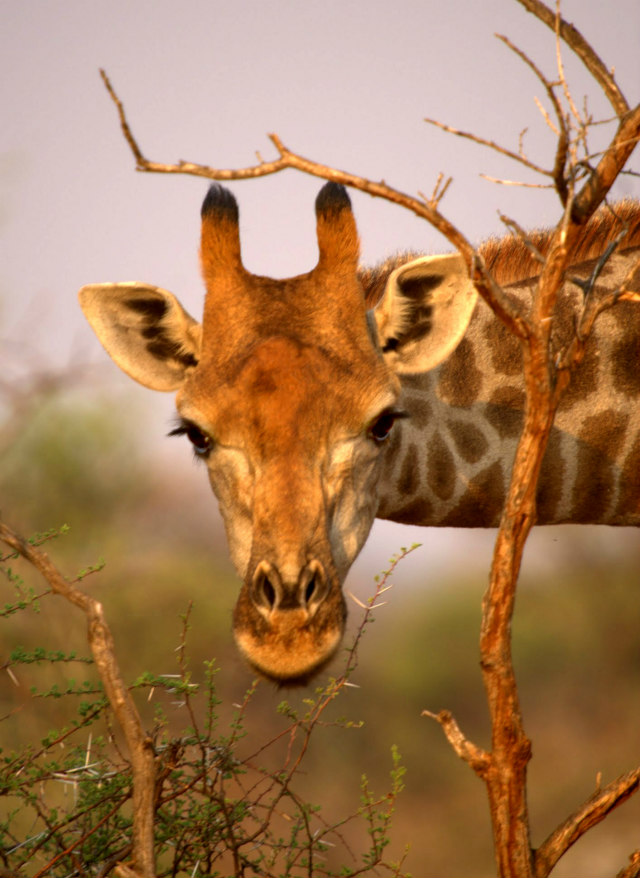 It must be awkward occasionally when you are the tallest land mammal and you have to look down to see who is watching YOU! At 6-8m tall, the giraffe would have been dwarfed by a long-extinct plant-eating dinosaur that was over 17m… 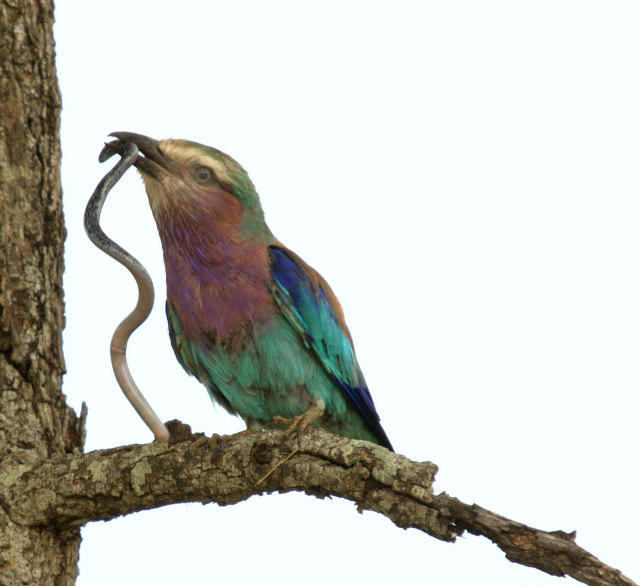 Who knew that Lilac-breasted Rollers ate snakes? Well, it seems that they do and on a regular basis if offered the opportunity to snack on one. 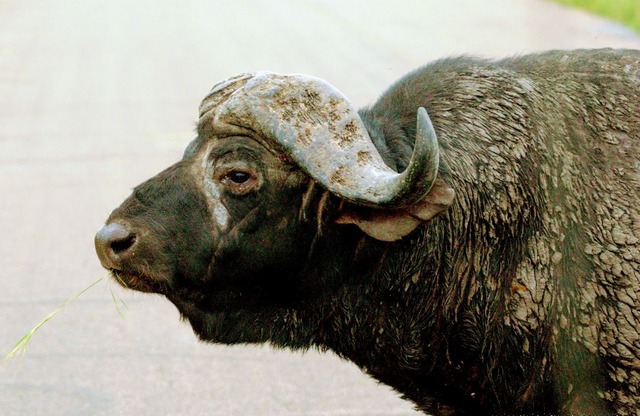 When old male buffalo are forced out of the herd, they either go off and live solitary lives or they join forces and become a group of “grumpy old men” known as Daga Boys. ‘Daga’ being the local word for dried cement, seeing that the mud from their wallowing looks like dried cement on their coats. These individuals are usually the biggest and the most bad-tempered and should be avoided at all costs. 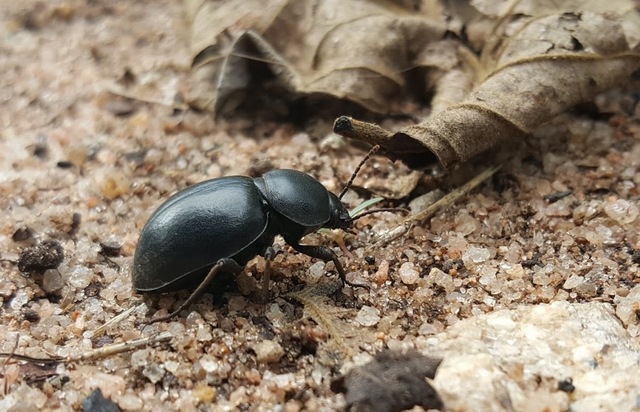 The glossy carapace of this beetle seems to be a shiny green in colour. No matter how big or small, each species has their part to play in the grand scheme of things. Without each participant in the food chain, the ecosystems would not function correctly and chaos would ensue. 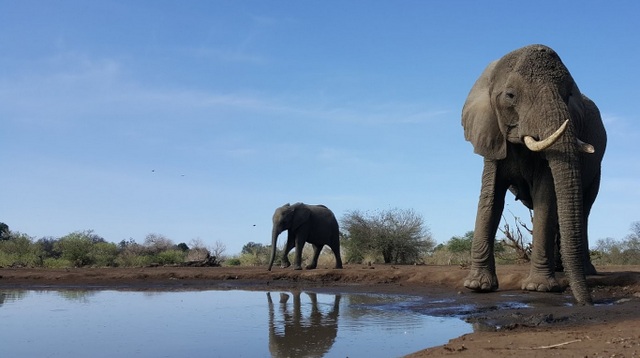 It is only when you are in a sunken photographic hide at a waterhole that you get to realize just how immense elephants actually are. 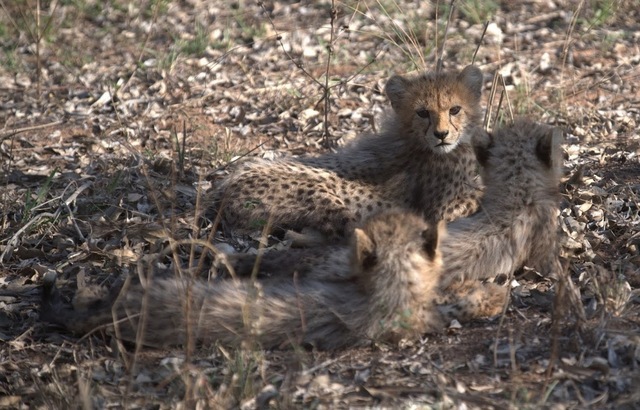 From big to small…this litter of cheetah cubs blended into the autumn colours of the leaves on the ground around them. 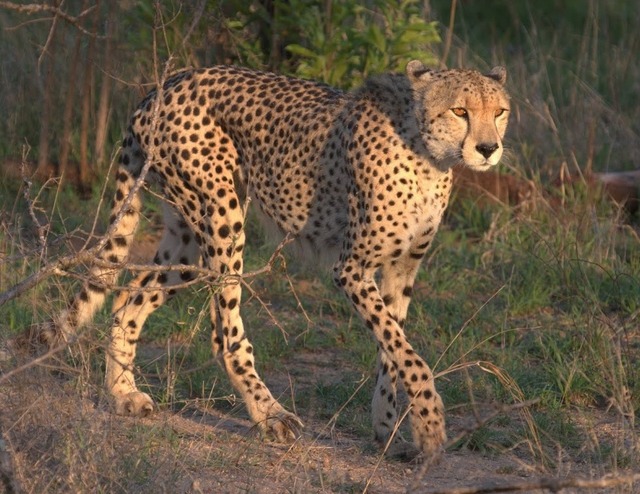 On the move. Walking into the morning light, this cheetah was no doubt out searching for an early meal while the day was still cool. 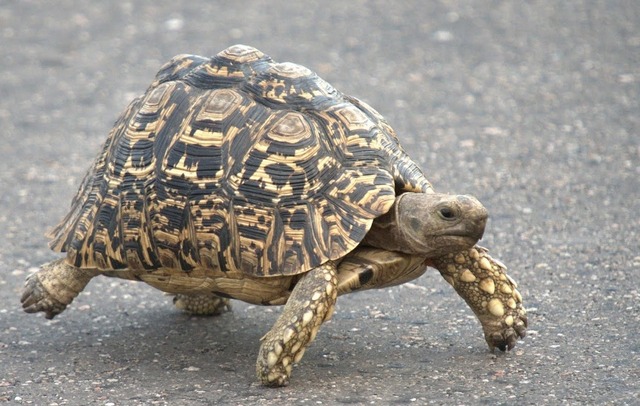 Striding with purpose. This Leopard tortoise moved faster than I thought it could and I had to constantly reposition myself in order to keep ahead of it. An adult tortoise has no natural predators, except for humans that hunt them for a variety of reasons. 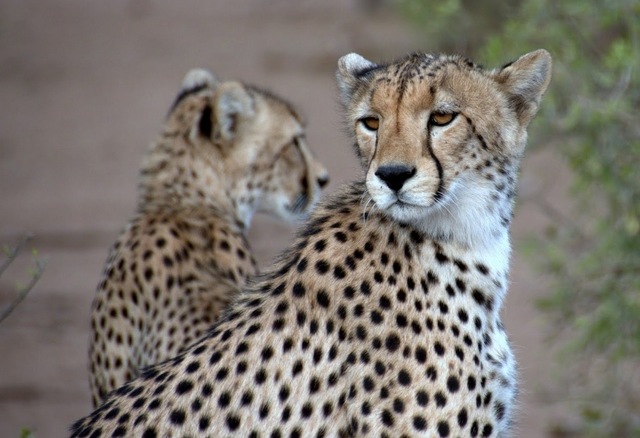 Watching out for each other. Cheetah are usually solitary and use their speed to bring down prey. However, brothers will often form coalitions where they will hunt together, thus increasing the chances of a successful outcome to a kill. Looking like it could be an inhabitant of Jurassic Park, this Helmeted Guinea Fowl heeps a wary eye open for predators while at a water hole.

The Kainja brothers transform our bedroom…

Preening their plumage. Birds seen on drives from Marataba Safari...

Heavy traffic has right of way…

A final wildlife posting from my recent game drives from Narina...