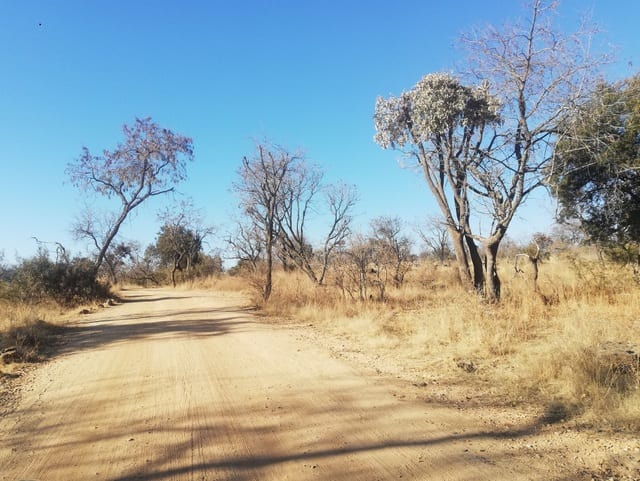 The day dawned bright and sunny, and even though there was a chill in the air, I did not care as I was heading back to my beloved “bush”. Not into deepest darkest Africa, but about an hour away from Johannesburg in Muldesdrift to visit the Lion and Safari Park. I had driven past the entrance on many occasions, but this was to be my first visit. I knew going in that the predators I would encounter were in enclosures, so that did not come as a surprise. To the nay-sayers, that have questioned my motives for visiting, cub-petting is no longer on offer at this facility. 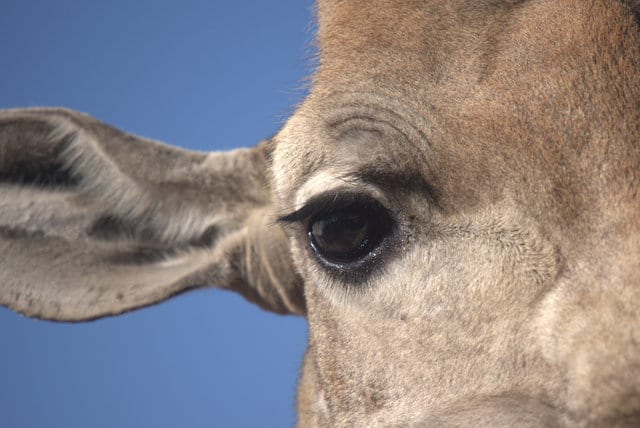 I was met just outside the gate by this rather inquisitive giraffe who seemed intent on being a road-block…or at the very least a hindrance to me getting past and to the main entrance to the enclosures. Eventually, after an African rather than a Mexican stand-off I drove around him without incident. 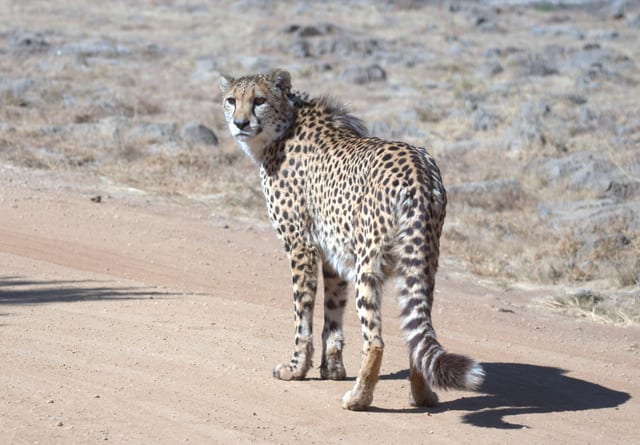 There are signs at all the predator enclosures warning motorists to keep windows closed and doors locked. Even in their enclosure, I had to go through twice to find these cheetah males. Once lying down they blend into the landscape so perfectly that I was lucky to find them up and active on the second drive through. This particular animal seems to have a rather quizzical expression on his face…Almost as if trying to figure out if he had seen my car before. 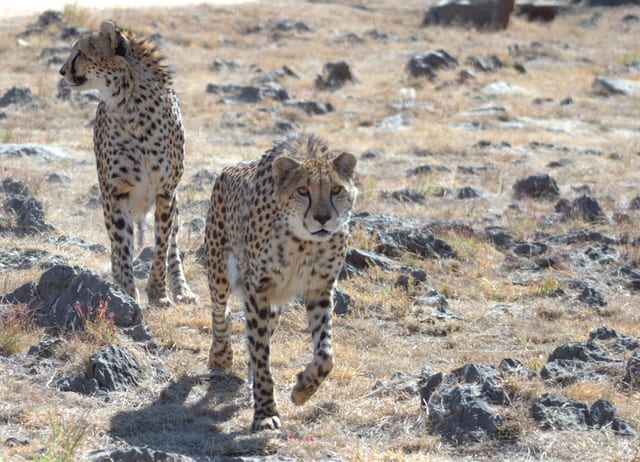 There are 4 males in this coalition, but I was unable to coax them to get together for a group photograph. There was food being offered and that was of far more interest than a blue Rav4 with a lens pressed against the window. 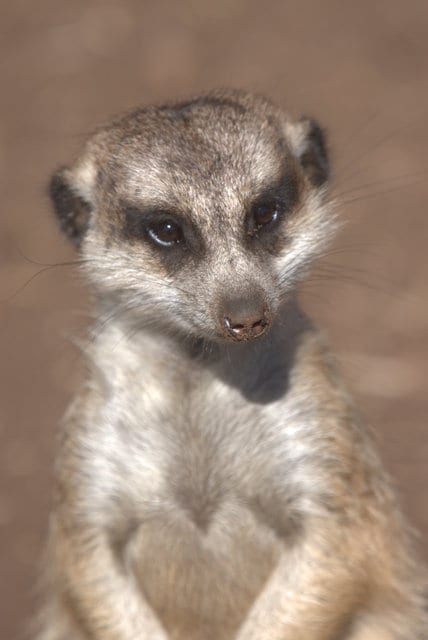 This is a Meerkat ( a direct translation would be a ‘more cat’) but there are actually less of them than there used to be. The Park is undertaking a soft release of those individuals who are still in enclosures. They are being allowed to burrow their way out and into the Park at their own pace. Those that have found freedom are doing really well according to the General Manager of the facility. 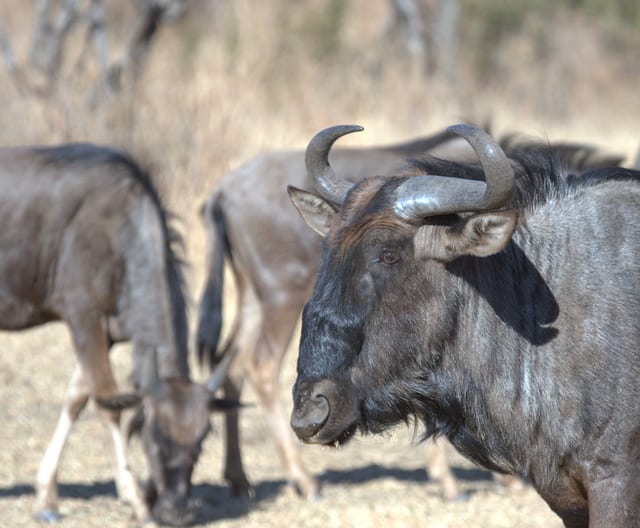 A face that only a mother can love? Many people believe that Wildebeest are constructed from leftover parts of other animals. They have the horns of a buffalo, the stripes of a zebra, the sloping back of a hyena, the tail of a horse and the brain of a guinea fowl. 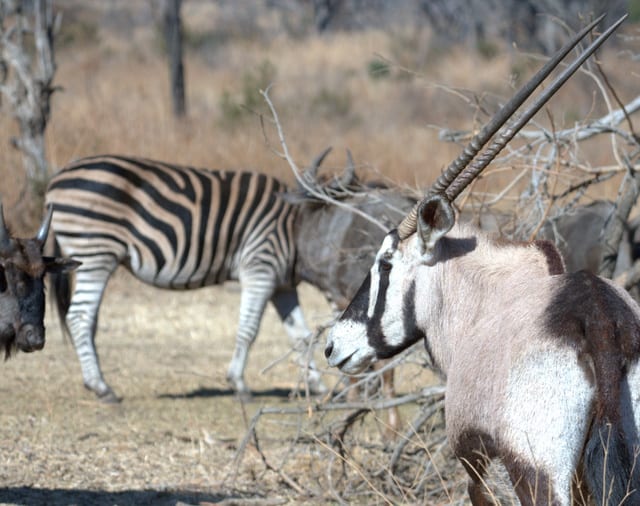 The elegant Desert Oryx (aka Gemsbok) shows its best side for my lens. Did you know that they squat to poop? And that they defecate in small pyramid-shaped piles? Well, now you do! 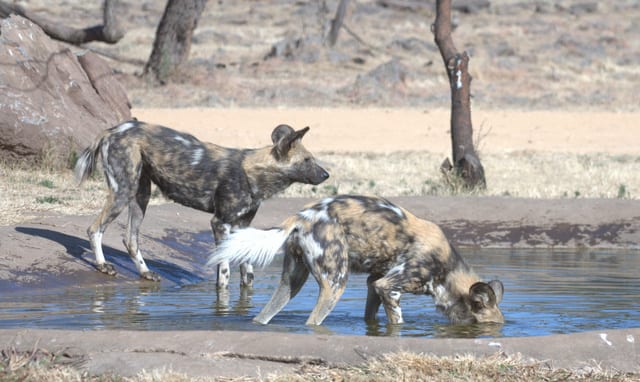 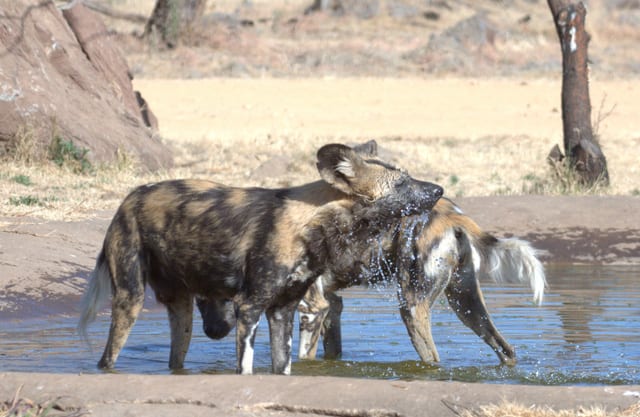 Face dripping with water, he surfaced, without the snackl that he had been searching for. 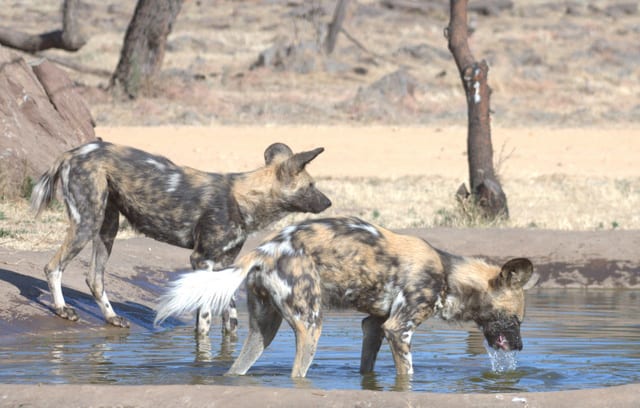 A second try that was as unsuccessful as the first. Leaving the dog with an empty stomach and a sopping wet muzzle. 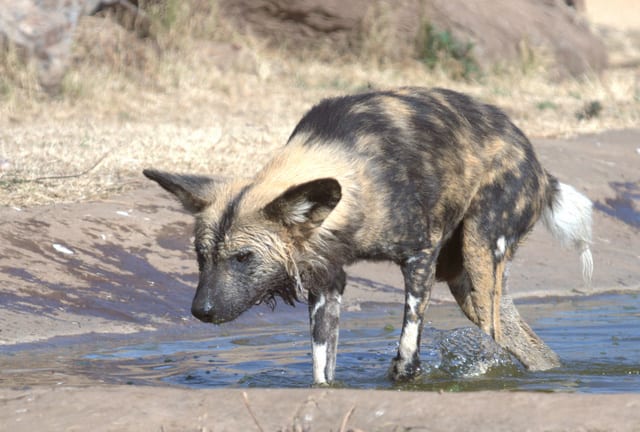 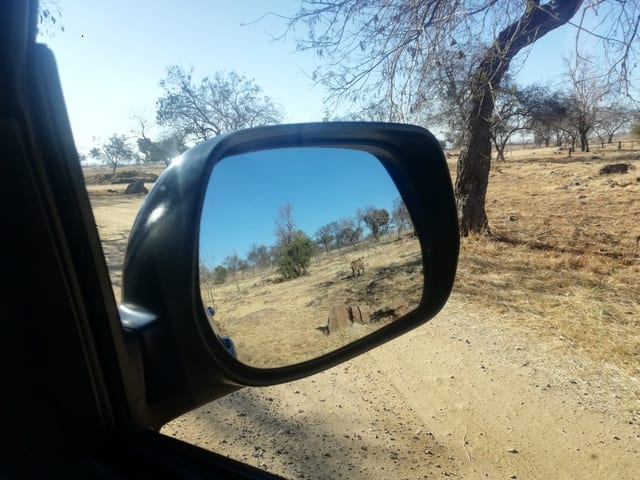 A lion in my rear-view mirror… 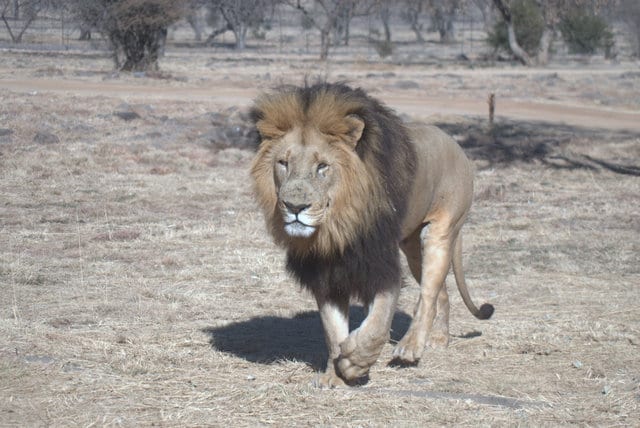 And then this male decided to stroll in for a closer look. Even though I was in a car with closed windows and locked doors, having a lion this huge walk past was a heart-stopping moment. 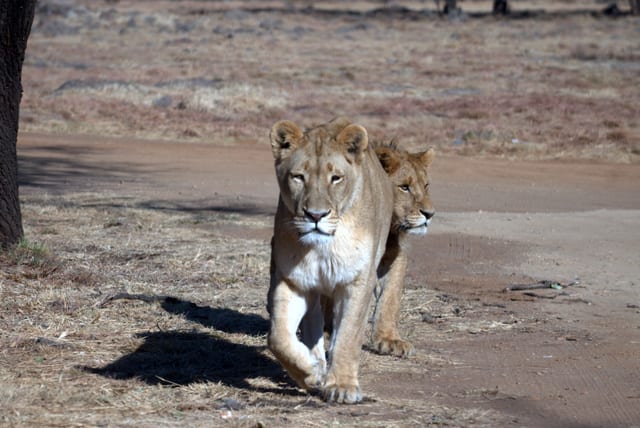 He was followed by this female and a youngster who DID take an interest in my car. I had switched off the engine to take pictures and when I started up again the youngster immediately came running towards me. I decided that I did not want to get care parts removed, so I drove off…closely followed by the youngster who was joined by a sibling. Luckily for me, they lost interest in chase reasonably quickly as there was nowhere for me to hide. 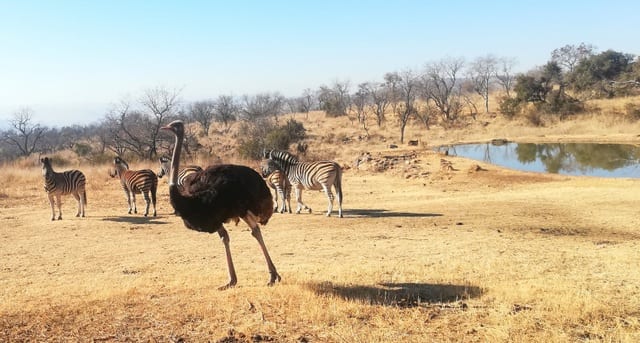 Outside the enclosures, this waterhole had attracted a dazzle of zebra and a lone male ostrich. 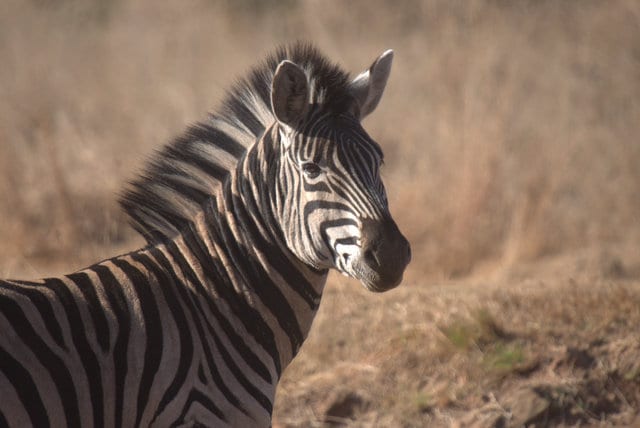 There is an innate beauty to zebra that a caught in the right light. And this stallion was no exception to that rule. 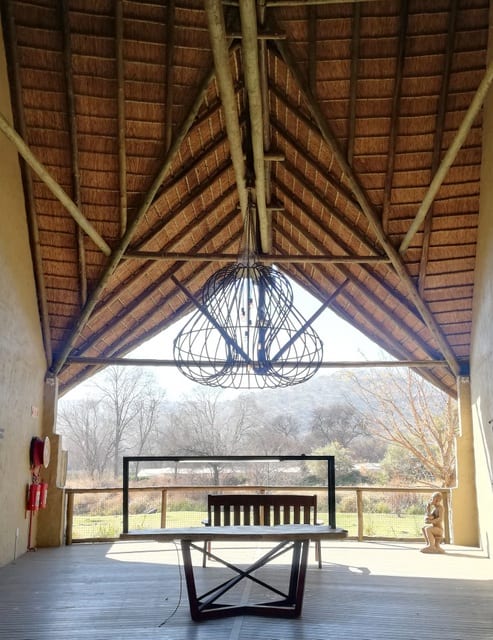 When I visited, the majority of the public spaces were off-limits to visitors. The shop is open so visitors are able to buy sweets and cooldrinks. When I visited only self-drive ‘safaris’ were allowed, but I was told that they would soon be opening up to drives in the Park vehicles. I spend an interesting morning in the ‘company’ of a variety of wildlife and being so close to both Johannesburg and Pretoria it is an ideal family outing.

To find out more about what they have to offer, visit their website or click on the logo above. 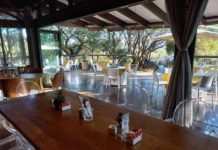 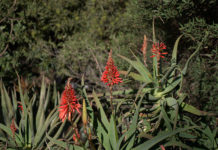 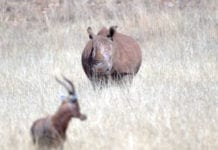