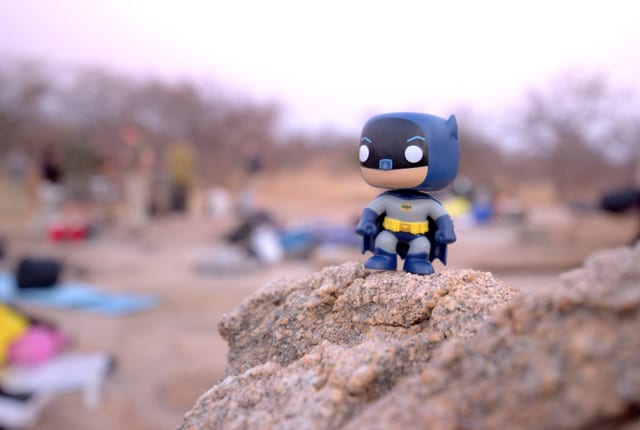 August 8th,2020 saw the first Global Sleep Under The Stars night was celebrated. Given the lockdown limitations due to the COVID-19 pandemic, I had to reach back into my EcoTraining archive to share a night under the stars that I enjoyed with students and staff in Karongwe Game Reserve in 2019. If there is a Batman in the camp, then you can sleep safely. This was my travelling companion for a year and shared all my bush experiences with me. 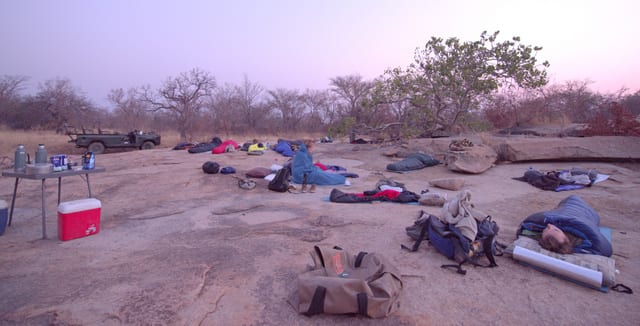 With sleeping spaces designated some decided to get to bed early, while others sat and chatted about what lay ahead in the hours of darkness that was to descend on our group. As you can see from the table on the left of the picture, the ‘kitchen’ area has been set up with a variety of snacks on offer. Certainly the tea, coffee and chocolate were the most in demand, with rusks (a South African favourite) next in line. 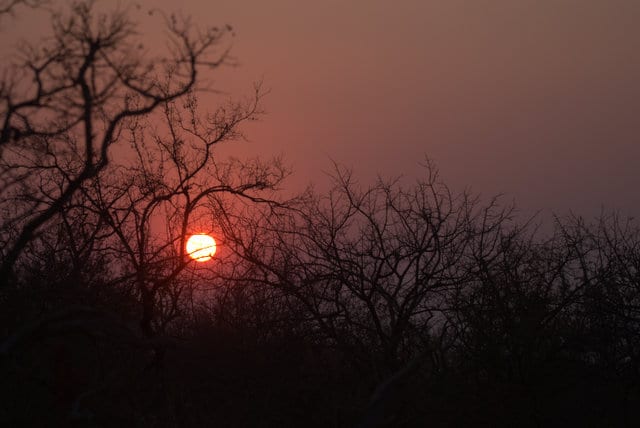 There was PLENTY of work to be done before the sun totally vanished below the horizon. There was firewood to be collected…NOT chopped down and sleeping bags to be unrolled. Not forgetting the fact that areas for toilets had to be chosen. Far enough away to offer privacy, yet close enough from a safety perspective. That choice turned out to be VERY important as there were not one, but two leopards that were vocalizing just out of the light of our fire. We found their tracks in the morning and we were surprised to see just how close they had been to our campsite. 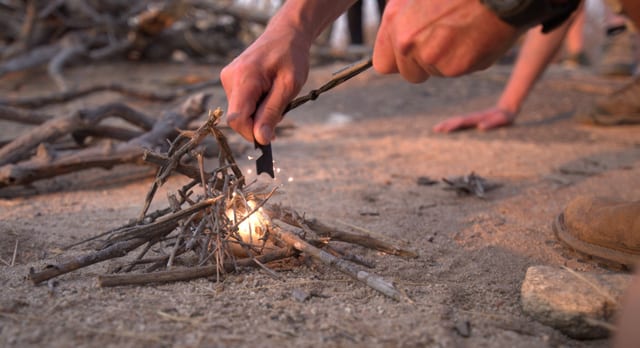 One of the first tasks was to get a fire going…and without using matches or firelighters. I was most impressed that this student was able to get the sparks to light the kindling with only a few strokes. 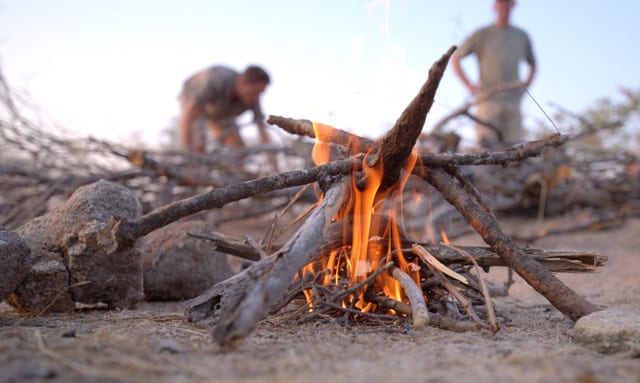 And in just a few moments there was a blazing fire that would heat our dinner (pasta) and provide the group with hot water and heat throughout the night. 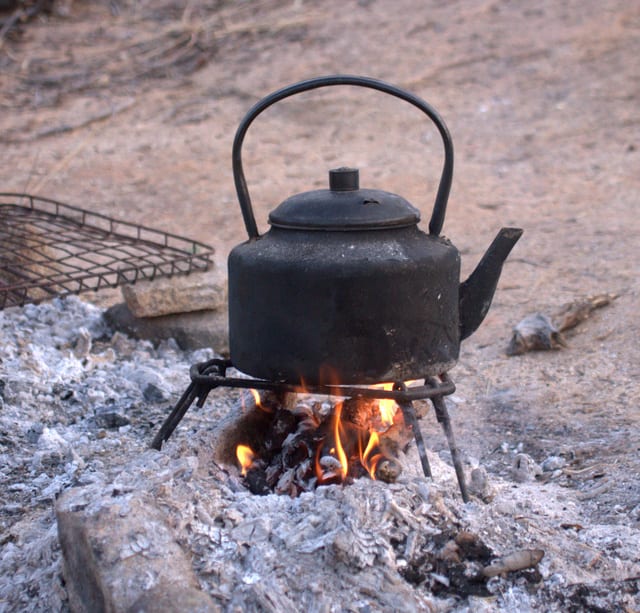 The fire had to be maintained for the whole night to make certain that a] the water remained hot so that those on watch duty had something to keep themselves warm, b] as protection against wandering wildlife and c] warmth. 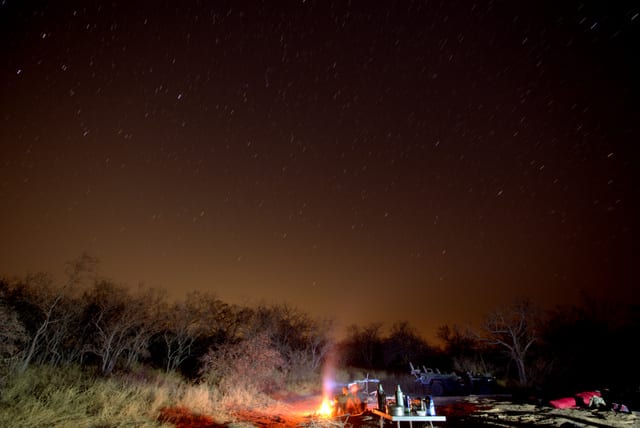 Gazing up at the night sky gives us a sense of awe and wonder. The peace and tranquillity that we get from gazing at the stars and planets make us aware of how minuscule we are in the greater scheme of things. 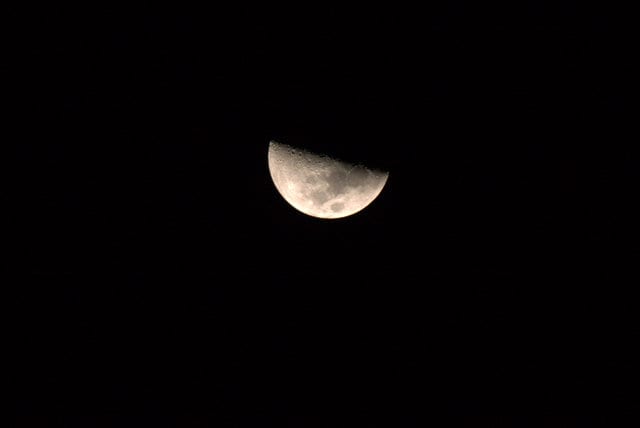 Trying to star gaze under a full moon can be very difficult as the moon is a lot brighter than expected and that often makes identification difficult. 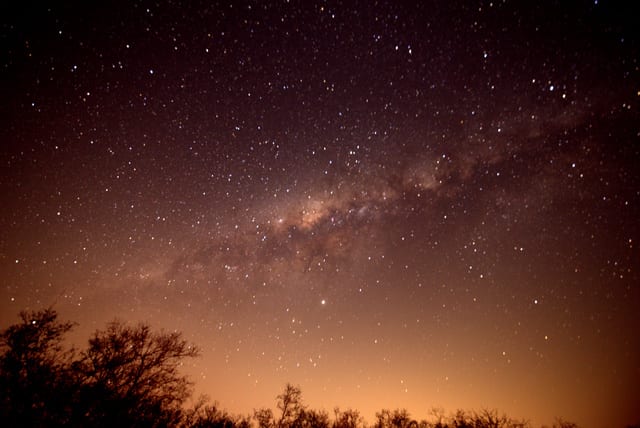 The Milky Way as I have never seen it before. This was at 02h00 as I had been woken by a student closest to me snoring at a volume I have never experienced before or since. The decibel level rivalled that of a jet taking off and continued right through the night. Earplugs did not work and as sleep was almost impossible, I decided to get up and spend time doing astrophotography. So at least my time was not wasted! 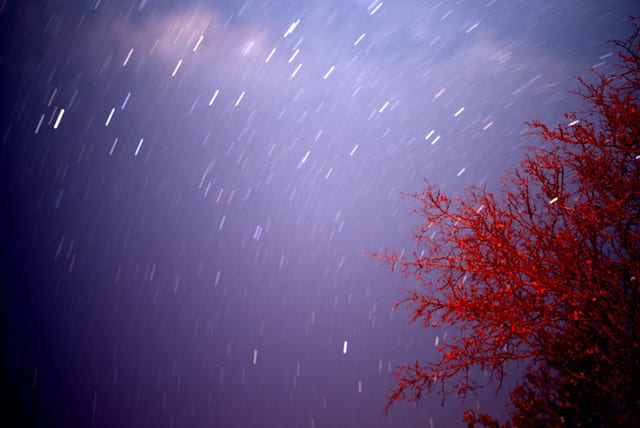 We here in the Southern hemisphere are blessed with clear night skies in the winter months, making star-gazing an educational experience. Use the opportunity to learn more about the stars and planets that are visible from South Africa. 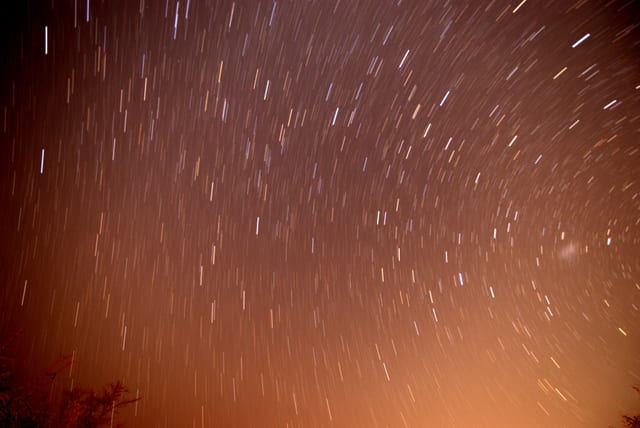 What did YOU do on August 8th 2020? It was an overcast and cold night in Johannesburg and as leisure travel was not allowed under Level 3 lockdown regulations, I had to make do standing in my garden and looking up at a cloudy sky. But NEXT YEAR…

Maun back to ORT with Airlink

My traveling companions in Turkey…

Up close and personal at Nottens Bush Camp, Sabi Sands