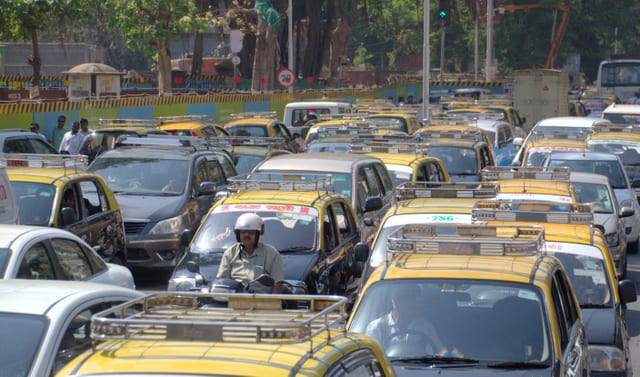 Once again I have returned to the tour that my wife and I did to parts of India in 2018. India is difficult to describe, seeing that it is a country that has in excess of 1.3 BILLION inhabitants. Mumbai alone has about 20.5 MILLION, which, coming from a city (Johannesburg) that only has 6 million people, is difficult for me to comprehend. It was my first visit and my wife’s third, so she was well aware of what to expect. If scooters were the overriding(pun intended) form of transport in Vietnam, then it was these yellow cabs that seemed to populate the streets of Mumbai. It was near impossible to cross a road without making certain that there was an actual opportunity to cross. I would have thought that given the traffic congestion the drivers would be impatient, but I was proved wrong on many occasions. This posting includes some never-before-seen-images from my archives, of aspects of two cities, Goa and Mumbai. The former I could have done without for a variety of reasons, the latter I fell in love with. I had been warned by friends that there would be no middle ground, no grey area when it came to this city. I would either embrace it or reject it and I did the former with the intensity of a drowning victim clinging to a life raft. Join me on the journey of reminiscence, seeing that due to the insidious COVID-19 is the only way I can currently get to travel. 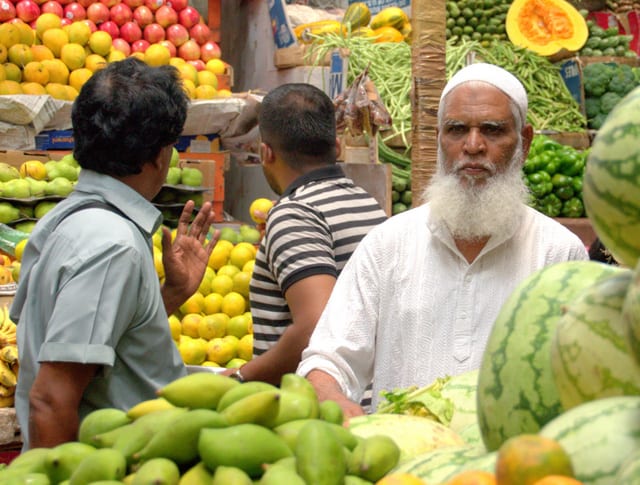 A vegetable market in Goa. There are warning signs all over this indoor facility warning shoppers that the premises are guarded by off duty police officers. People I did NOT want to come into contact with. The produce colours were so vibrant that they were almost blinding. For the most part, I was left alone by the stallholders and I found that this particular market was not as noisy as those that I had visited on the West Coast of Africa. 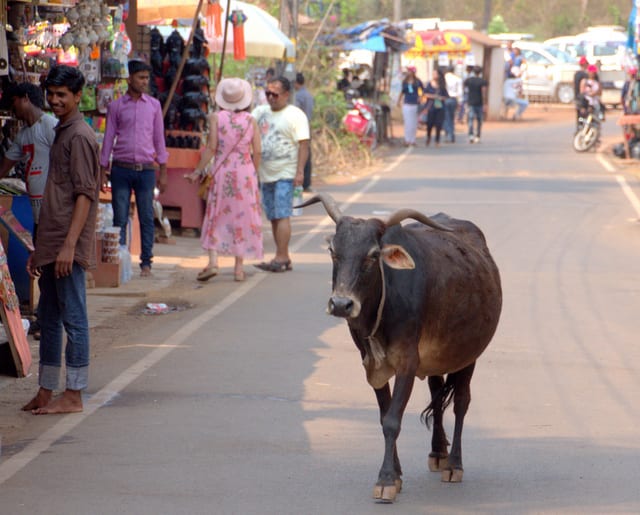 Outside one of the many Temples that I visited while in Goa. This particular beast seems to have horns that doubled as the handlebars of a Harley Davidson. Cows are seen as sacred in India and as a result beef is not on the menus and animals can be found wandering in parking lots, through abandoned buildings, down busy sidewalks and even weaving through traffic. I am uncertain as to how friendly they are as I chose to keep my distance for two reasons.1] I did not want to end up in an Indian hospital with a puncture wound and b] I wanted to be respectful to the culture. 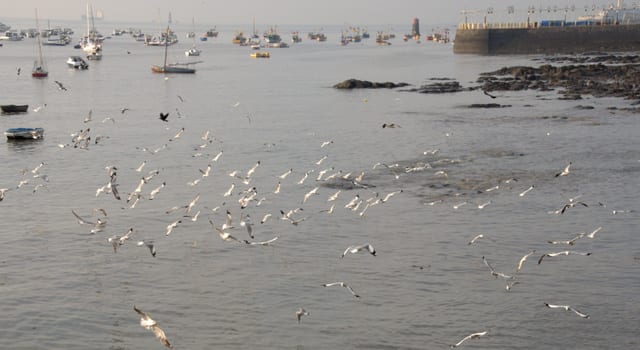 Part of a huge flock of gulls near our hotel close to the waterfront in Mumbai. If I was hoping to spend uninterrupted time here staring at the ocean, I would soon discover how wrong I would be. The stretch along this portion of the road from our hotel to the Gateway to India was a bustling throng of people from early in the morning until late at night. 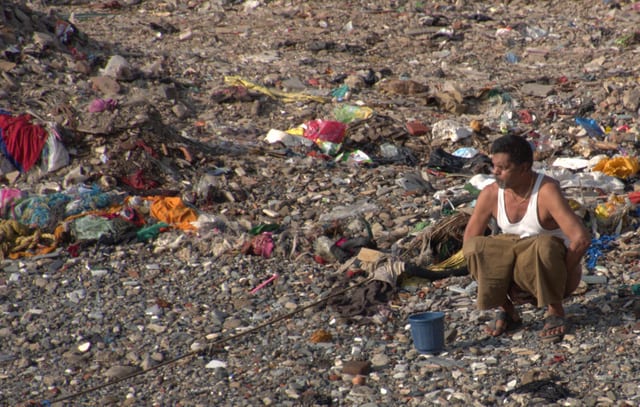 I have to admit that THIS was somewhat of a culture shock. I had been warned that open areas were used as ablution facilities, but what I was not expecting was the sight of mainly men and boys squatting on the beach at low tide to poo and pee while they brushed their teeth and washed with water from buckets that they had brought with them. 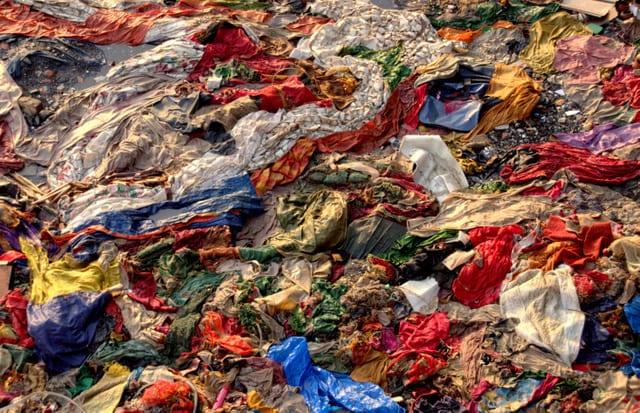 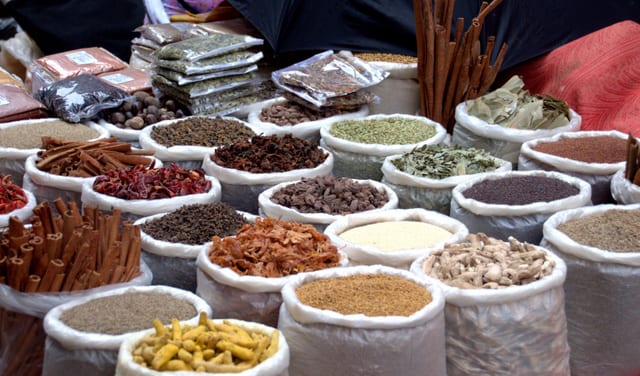 colourful spices at one of the many markets that we visited. 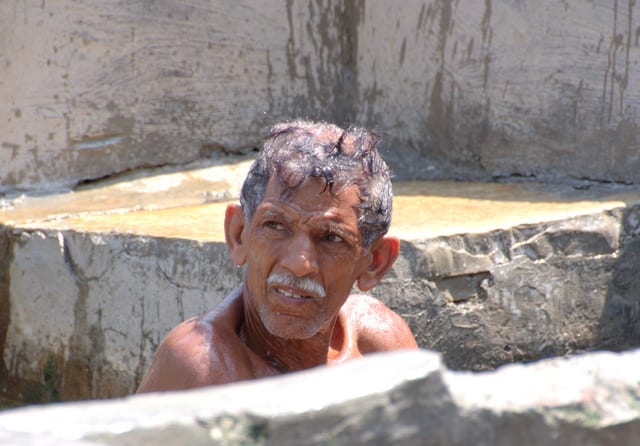 This is the Dhobi Ghat, a huge outdoor laundry in Mumbai. Here the washing is all done by hand and as the water is paid for, it is put to good use. Once the clothes have been washed, those doing the washing get to wash. The work appears to be done mainly by men, even so, there is only partial nudity, with those washing keeping their underwear on. 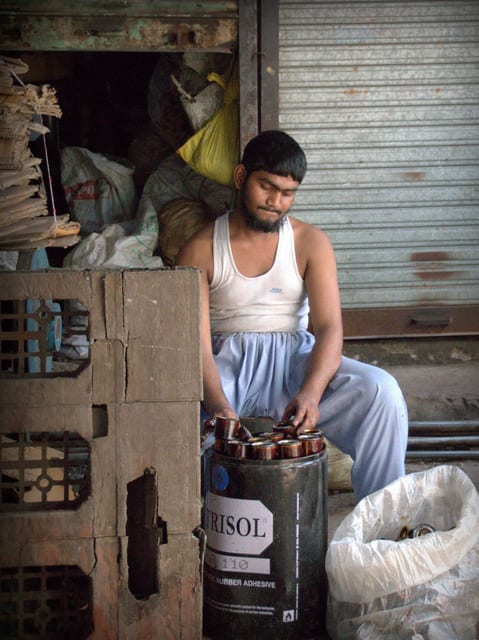 The Dharavi slum in Mumbai, is the largest in India and is one of the Top 5 slums worldwide. It is home to more than 1 million people that live, work and play in an area of about 2.1 square km. The major source of employment is working for one of the many recycling businesses. Everything gets recycled here…from car parts to plastic and even electronic goods. 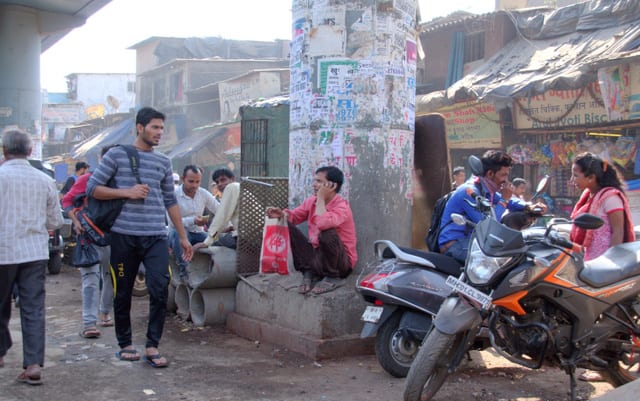 Some of the multitude of inhabitants of the Dharavi slum that we mingled with during our visit to the area. Our tour guide lived there together with his family and brought us here to meet them and to show us how he lived. 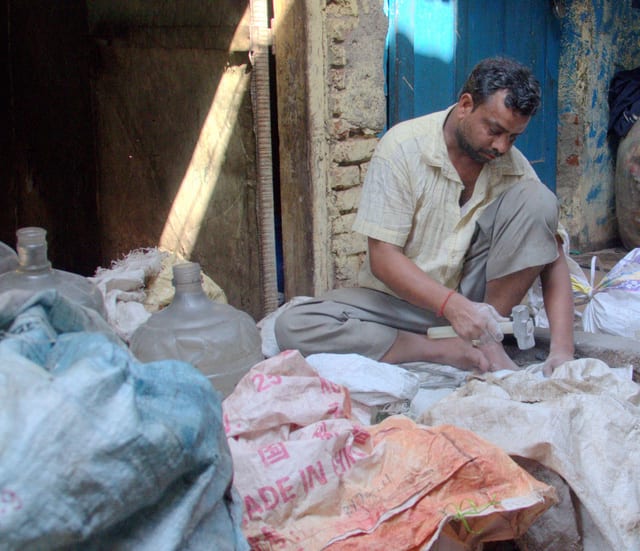 Breaking up electronic goods in order to send them off to the recycling plants. 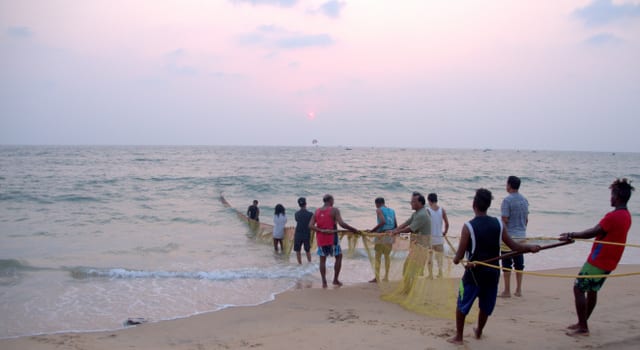 All in a days work. I spent time on the beach with this group of fishermen as they hauled in their net. It took an inordinately long time (in my opinion) but it did not deter them. Slow and steady wins the race it seemed. Goa is almost permanently enveloped in a fog so that neither sunrise nor sunsets can be enjoyed. But, these folk were ending off their day trying to earn a living. At the end of about 2 hours, they finally got the meagre catch ashore and it was shared amongst all that had been involved. By any standard, not a commercial-sized catch, but perhaps by local standards, several families got to sit down to a protein dinner.

And this is the dichotomy of India. The very rich have and the very poor do not. And in between is a populace struggling to survive. 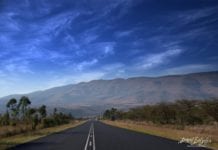 Highlights of my 2018 travel destinations