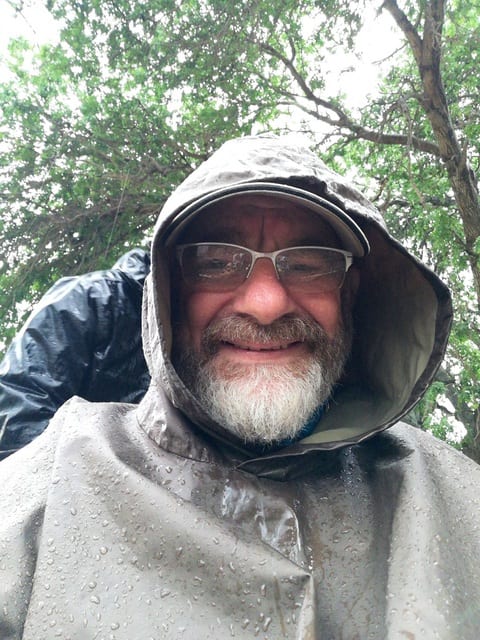 This is how far I will go to come back with images. NOT! Those who know me have heard me refuse to go on game drives when it is raining. Why? Because I have no need to watch wet impala watching me watching them! In this particular instance, I got caught in a downpour of epic proportions while already out on a drive. Luckily the guide decided to head back to camp, rather than continuing on with drenched guests (me included) on board. 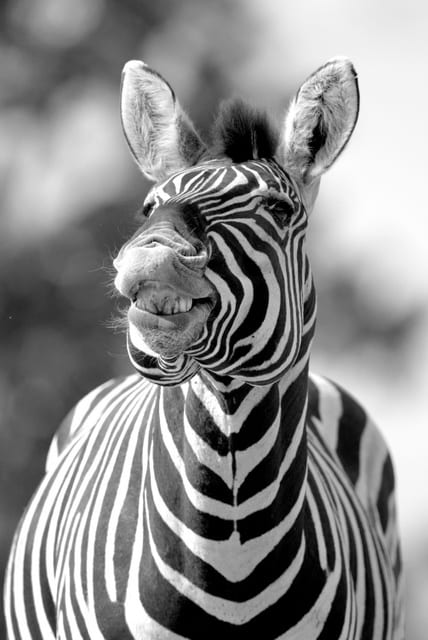 You have heard of a ‘laughing’ Hyena? Well, THIS is the equine version…a ‘laughing’ Zebra. If you believe that this species is either white with black stripes OR black with white stripes, then are they not already in monochrome? 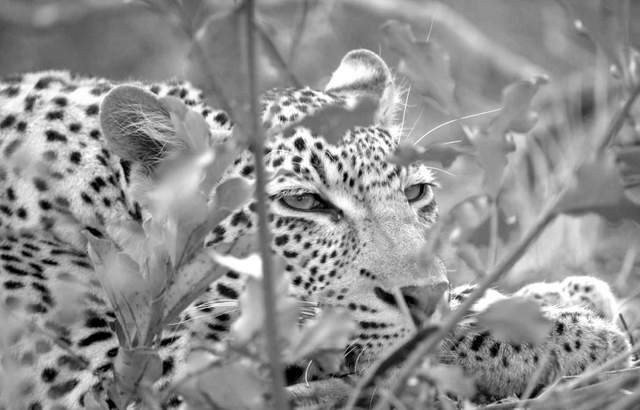 “If I just hide in the foliage, perhaps they will go away”? A lazy Leopard does not want to pose for my lens. Of all the big cats, this is still the one that gets my heart racing and the adrenaline flowing. I never get tired of spending time in their presence. 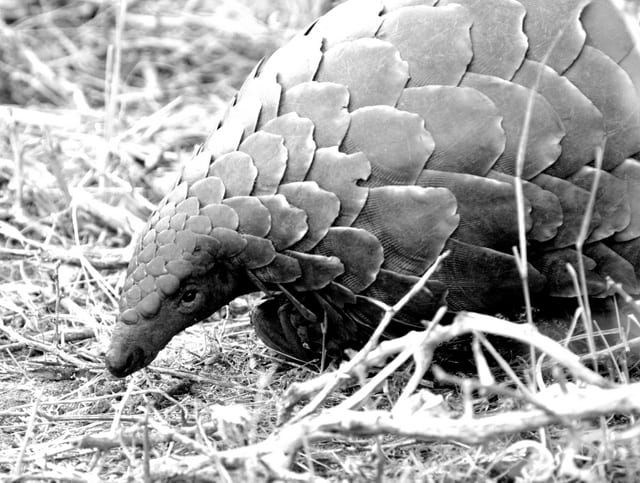 I eventually managed to tick this unicorn of my bucket-list after 53 years of searching. And even more grateful that this pangolin sighting lasted 90 minutes. 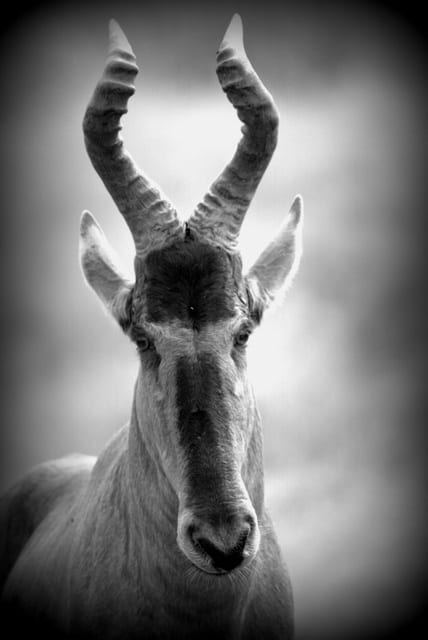 Not one of the most photographed of antelope species, a Haartebeest stares into my lens. They are named because the space between their horns resembles a heart. 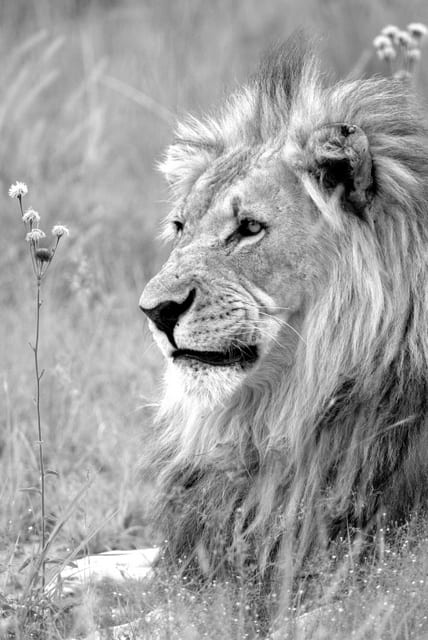 “Time to stop and smell the flowers? This lion appears to be wrinkling his nose at the smell emanating from the flower. In actual fact, he is reacting to a lioness in oestrus that was just out of this image. 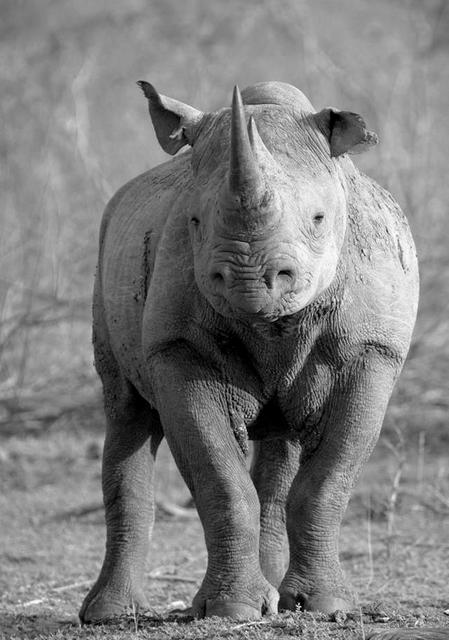 The Al Capone of the bushveld. The Black Rhino. Although smaller than their cousins, they make up for the lack of size with a huge attitude. They have a habit of charging first and asking questions later. Certainly, an animal that you do not want to find when you are out on foot! I have had an incident with one that saw me taking off through an Acadia forest and emerging, bloodied but safe a distance away from the encounter. 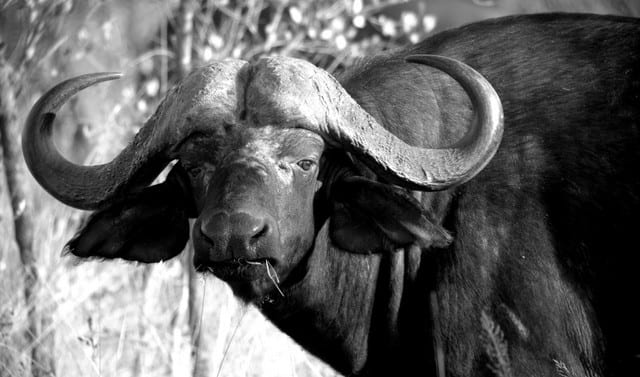 Buffalo always look at you as if you owe them money. I dare you to now look at them without seeing that “Show me the money” look in their eyes. Cows on steroids? Bovines with attitude? Possibly both but certainly another of the Big 5 that needs to be approached with caution. 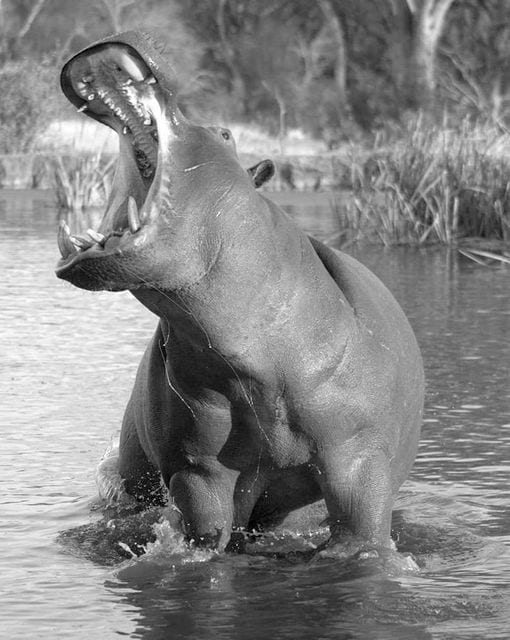 “What a big mouth I have”! This particular hippo decided that our vehicle had strayed too close to the dam where he was the resident male. I have been charged by a hippo in water before but for him to come out of the water at us was a new, if a somewhat unnerving experience for me. 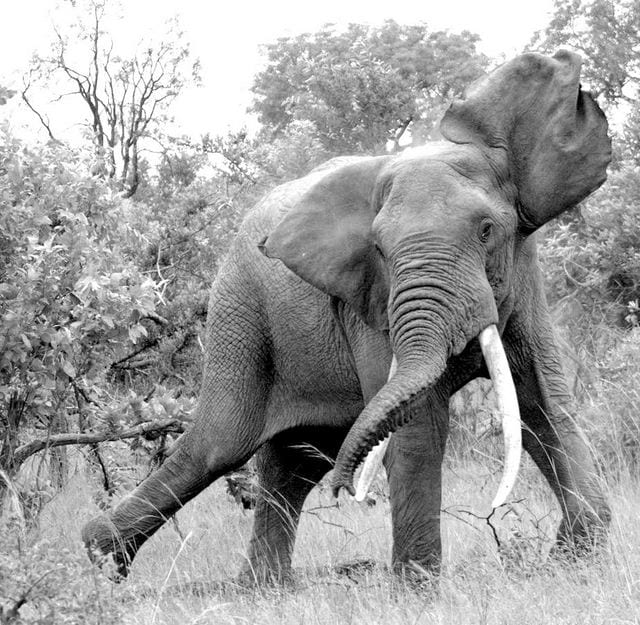 “It’s just a jump to the left, then a step to the right”… This elephant was showing off its moves and although it looked threatening, once he had exhausted his moves he decided to move off and go and intimidate another vehicle. A recent survey conducted among arriving international guests showed that Giraffe featured in the TOP 10 animals that they would like to see while on safari in South Africa. 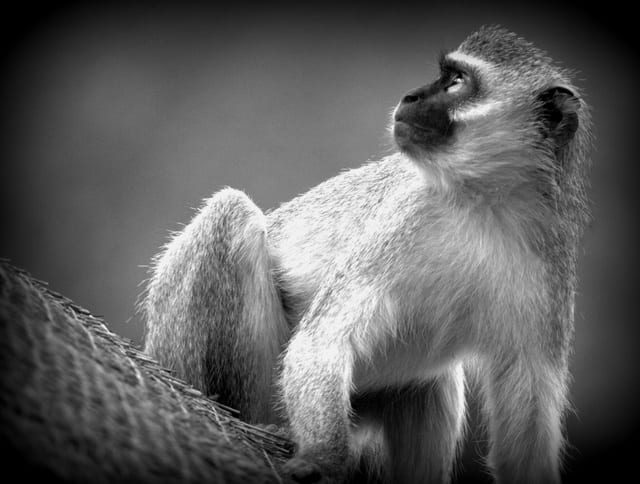 “Oi, this is my best side”… is the sentiment that this cheeky Vervet Monkey is trying to convey. 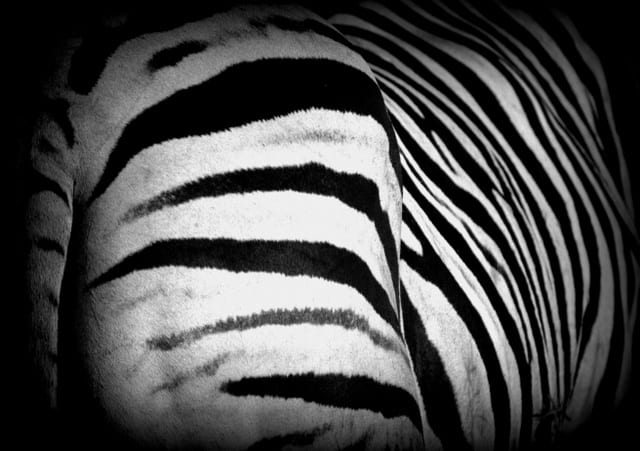 Butt that is not all… 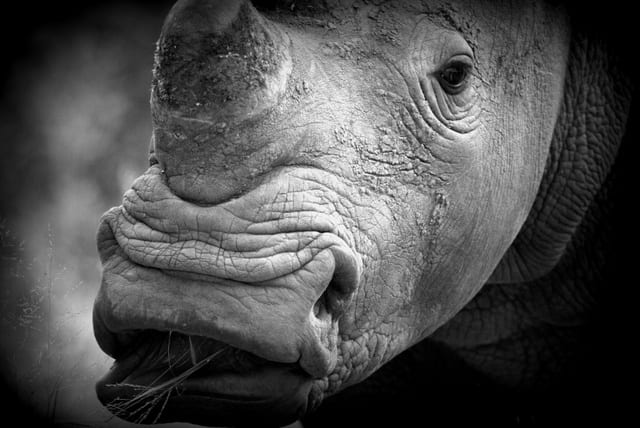 Temperamentally, the White Rhino is the polar opposite of its cousin. Far more relaxed and almost welcoming when it comes to posing for photographs. But remember that he is a wild animal and needs to be treated with the respect that this species deserves.

Madikwe Hills…saving the best for last!

Shoulder arms! I get to spend time on the range with...

The National Arts Festival…do put your daughter on the stage!

A retrospective look the FGASA Safari Guide of the Year 2019.