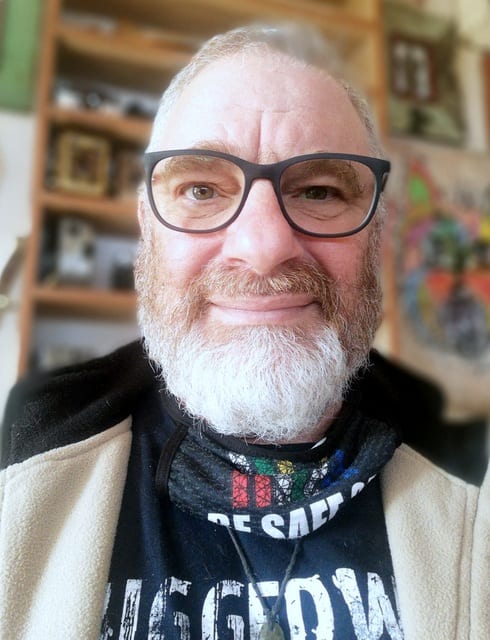 “In conversation with”... A new week, almost the end of yet ANOTHER month in lockdown and a rather confusing lockdown level! Almost unnoticed, South Africa is teetering on the brink of Advanced Level 3.

Conducting Zoom interviews, where I cannot hide behind the anonymity of a radio microphone, is a whole new experience for me. But the chats have been fun and it has allowed me to interact with humans (albeit in the digital space) again. The interviews featured in this posting are those that I conducted between 22-26 June. All the previous chats can be viewed on my YouTube channel.

“What is a Quantum Leap Catalyst”? I hear you ask…Terry will explain. I met in Port Elizabeth in 1966 and our paths did not cross again until we connected in Johannesburg in the early ’70s. No sooner had we reconnected than he and his family left for Holland and this was the first time that we have spoken in almost 44 years.

Ben and I chatted about the new course on Advanced Astronomy that he is running for FGASA. It had been a while since we last saw each other so we spoke about the course and some of the experiences that we shared when we last spent time together.

Michael shares stories from his years in the food and restaurant industry. A reminiscence of years of eating great food and sampling wonderful wines.

An experienced guide and safari organizer, Mike shared with me the changing face of safari expectations in South Africa as well as further north.

Nik and I chat about a variety of comedy topics including why South Africans have difficulty understanding the Afrikaans spoken on the west coast!

Arb images in Black and White…

I finally get to see the Big 5+2 at Madikwe!

People of Zanzibar from my Stone Town walks