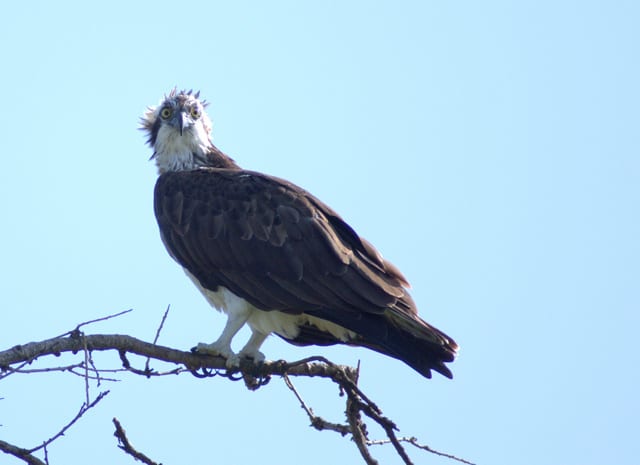 My first trip in 2020 was to the Pilanesberg National Park and it produced sightings of birds that I have not seen before. It was just going to be a day trip, seeing that it is only 2.5 hours from Johannesburg, but in the end, as you will see, I decided to turn it into an overnight stay. This Osprey was the first of the bird sightings that excited me, seeing that I had not seen one this close before.

Photo tip: Having a 560mm Pentax lens did help enormously, specifically when I could not get close due to the road/vegetation. My usual ‘bush’ lens, a Sigma 50-500mm was on a second camera body so that changing lenses was not an issue. This keeps the issue of dust in a body to a minimum. Being alone in my car helped as I was able to unpack my gear on the passenger seat. The two camera bodies that I used were the Pentax K3 and K3ii. 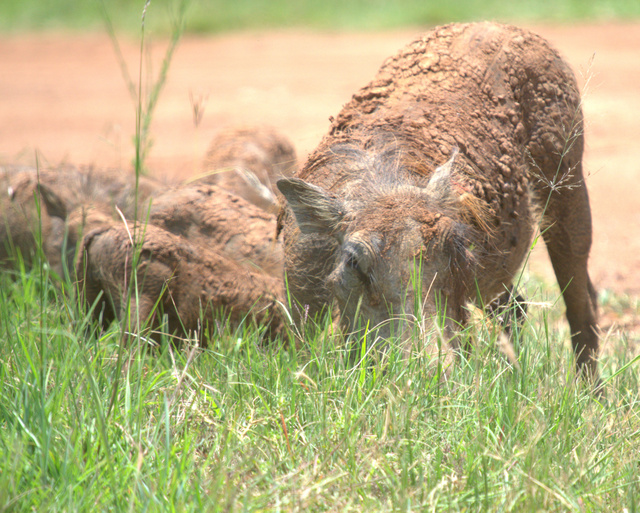 Warthogs, post a mud wallow. A favourite pastime of theirs and one that leaves them looking like a mobile termite mound. The reason for the mud is to suffocate the ticks and parasites that live on the animal. When the mud dries and is rubbed off, the parasites fall off as well. This particular mom had at least 6 piglets in tow who were all in a similar condition. With the grass being so high and them being so small, it was difficult to get a clear image. 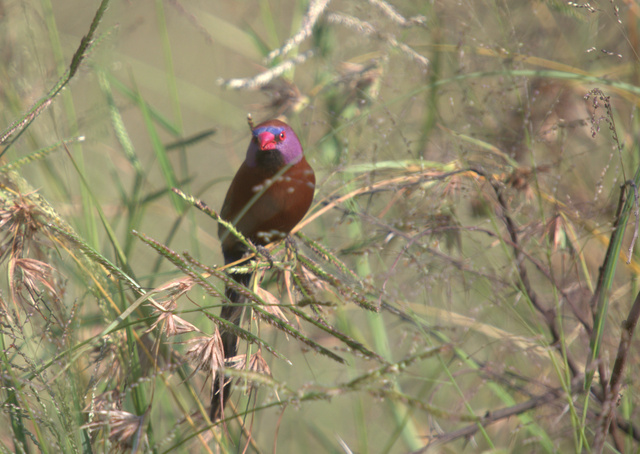 A first for me and one that had me scratching my head and reaching for my bird book at the same time. Turns out this stunningly colourful bird it the rather strangely named Violet-eared Waxbill. 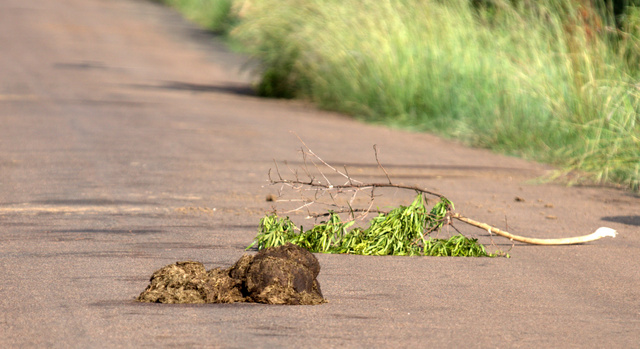 THIS is how you know that the park has elephants. However, during my 8-hour sojourn, I saw not a single one. I have seen them on previous visits as did visitors to the park just two weeks ago. But this evidence was as much confirmation as I was afforded on this trip. 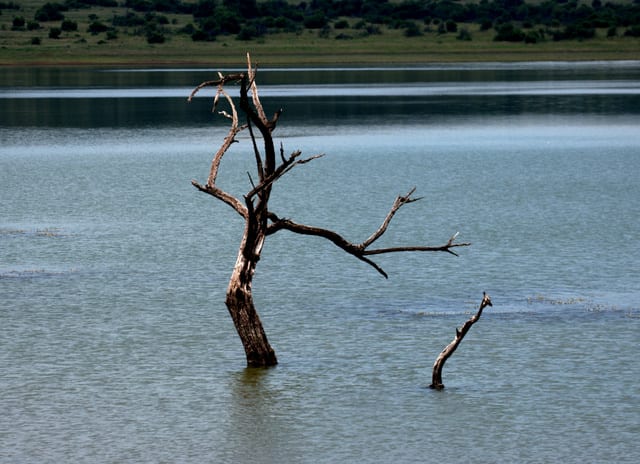 The remains of a tree captured in the early afternoon light from the recently rebuilt hide at Mankwe Dam. This hide is a birding paradise with many species being present. 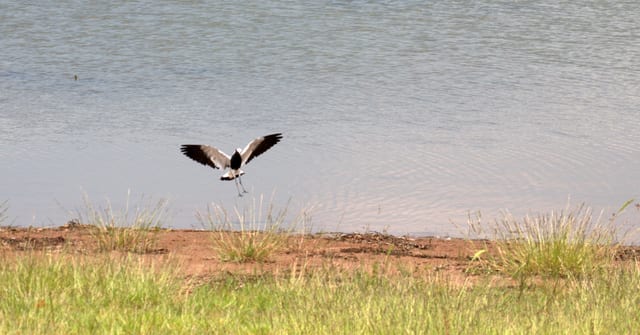 A Blacksmith Lapwing coming into land at Mankwe Dam… 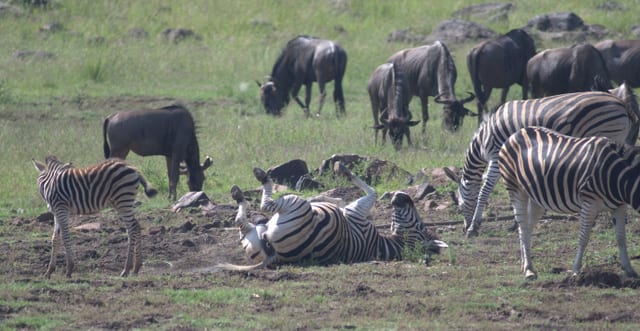 A dust bath is an ideal way to remove irritating parasites… this zebra was seemingly being ignored by the members of its herd as well as the wildebeest grazing in the background. 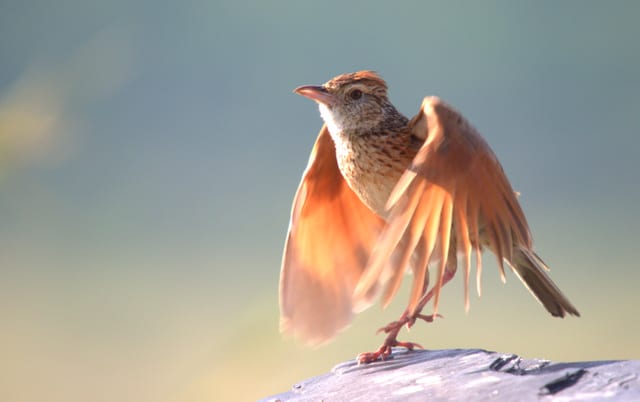 I spent almost 30 minutes with this Rufous-naped Lark as it displayed on the top of one on the road markers. They are very territorial and will stick to an area making them easier to find on a return visit to the area. 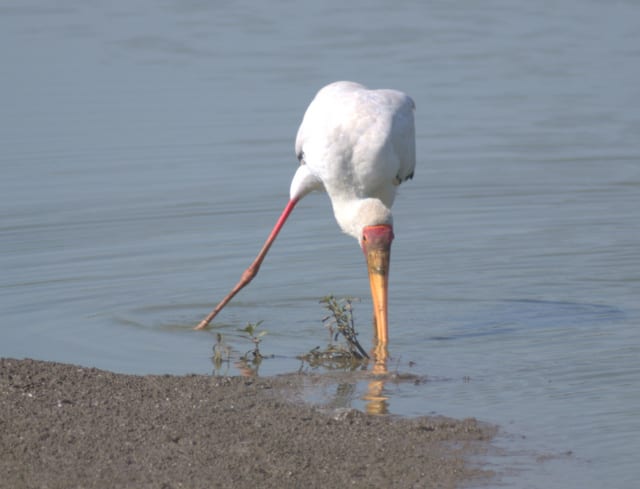 This Yellow-billed Stork was using this watercourse as a source for food. Wading up and down while looking for fish or frogs. This was one of several that were feeding here and they seemed to be an irritant for the resident crocodiles…

So much of an irritant, that THIS Nile Crocodile decided to get out of the water and lie on the bank until the Stork had left. It did not seem to be too concerned with the Little Egret in the background. 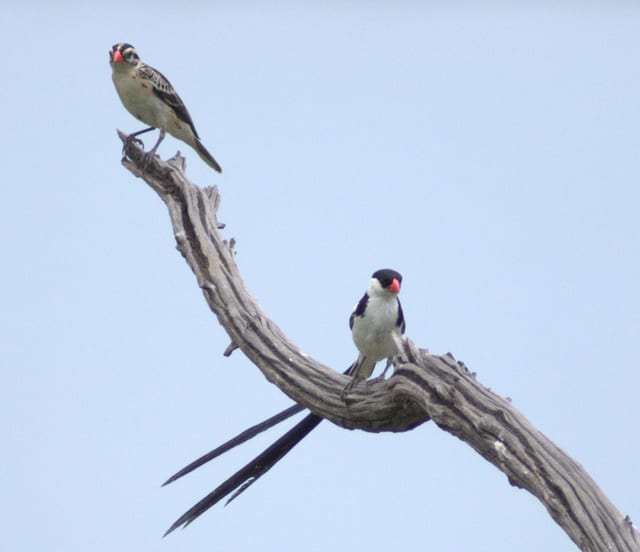 Mr and Mrs Pin-tailed Whydah, with the male in his breeding plumage. As part of the courtship ritual, males will hover in mid-air to try to impress the females. Out of the breeding season, the male will lose the long tail feathers. 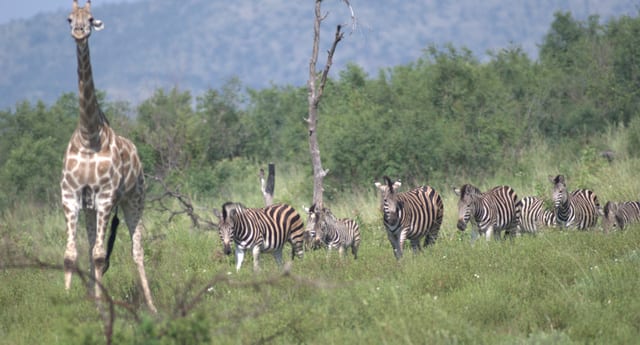 “Why are they following me”, this giraffe seems to be asking as the herd of zebra overtakes him on their way to a nearby water source. These two species can often be found together as they share a symbiotic relationship when it comes to communal feeding and observation for predators. 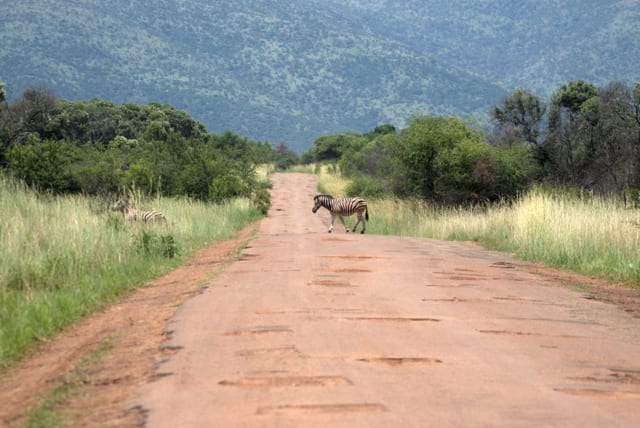 The neglect of the main tarred roads is most notable on this section from the Pilanesberg Information Centre to the Bagatla Gate. This obstacle course can be an issue as the rainy season approaches, that being said, I did notice what looks like the beginnings of a possible repair process that might begin at some point. It seems that new road markers have/are being installed for those who wish to self-drive and not get lost. Some of the sand roads are also in very bad conditions and certain sections need to be driven with extreme caution so as not to do damage to your suspension. That does not mean that a 4×4 is required, it merely means that a driver has to be observant…for both large game and potholes! 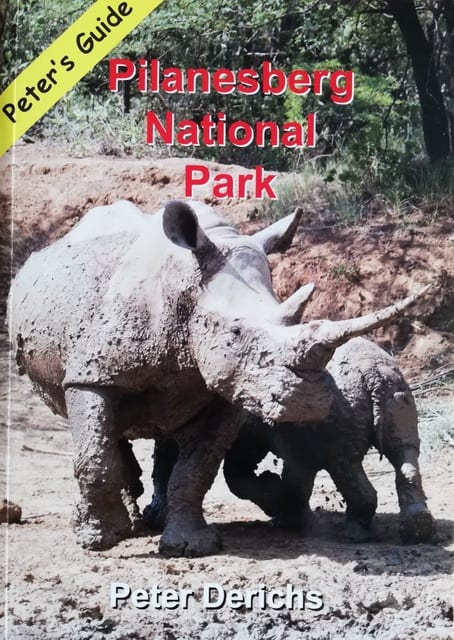 This informative guide is a ‘must-have’ if you are a regular visitor to this Park. Just one of a series of books that Peter has produced and updated over the years. To find out more, visit their website by clicking on the book cover above. 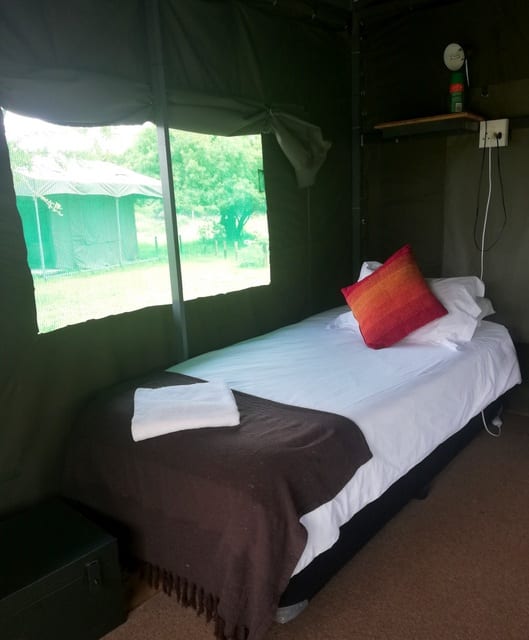 I decided to stay for a night at Tented Adventures that can be found in the Manyane Resort, just outside the Manyane Gate in the eastern section of the park. 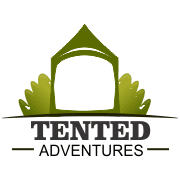 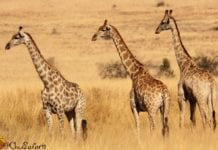 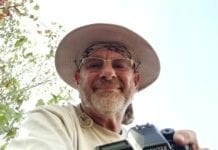