The Tourvest Academy, situated at The Hub in Makalali Game Reserve near Hoedspruit. This is the ideal training camp for prospective field guides who are chosen from communities close to various game reserves. It is here, where Tourvest, together with EcoTraining, acknowledged as a leader in their field, that students will be instructed and assessed by some of the best in the business as they complete the various modules required for the Apprentice Field Guide qualification. 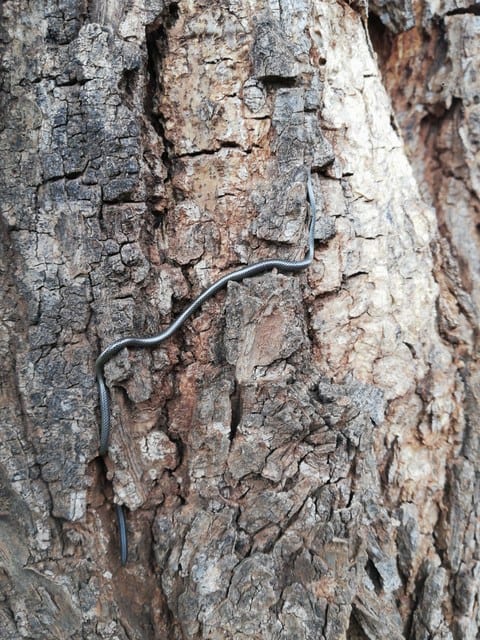 A Thread Snake…one of 4 species that can be found in Southern Africa. They are non-venomous and harmless to humans. Their diet consists mainly of termites and their eggs.

Fact: People often ask are snakes poisonous? And the answer is, of course, a resounding “NO”. Are certain species venomous? They most certainly are! The difference between the two is that venomous means that the organism has to inject their toxins into their victim, while poisonous means that the victim would have to ingest the organism. 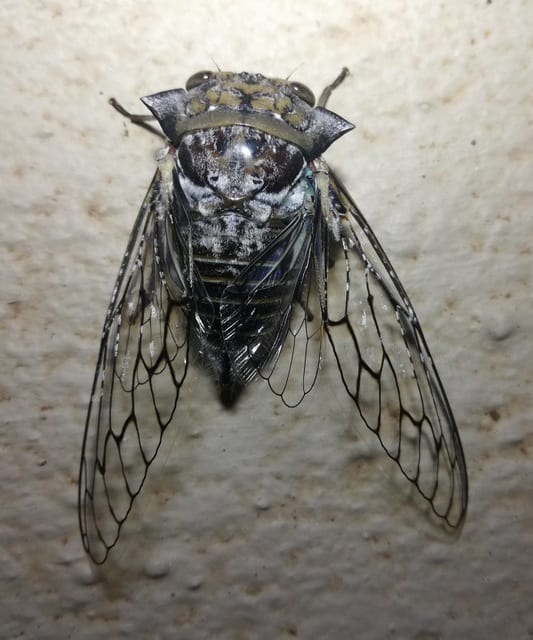 Hold this Cicada gently between your fingers and you have a mini fan to keep you cool on a hot summer day. The wings look like they could be clear ‘stained’ glass windows. Despite their relatively small size, they sound that they emit is very loud. Researchers that study them are at a loss as to what causes this disparity between size and sound. 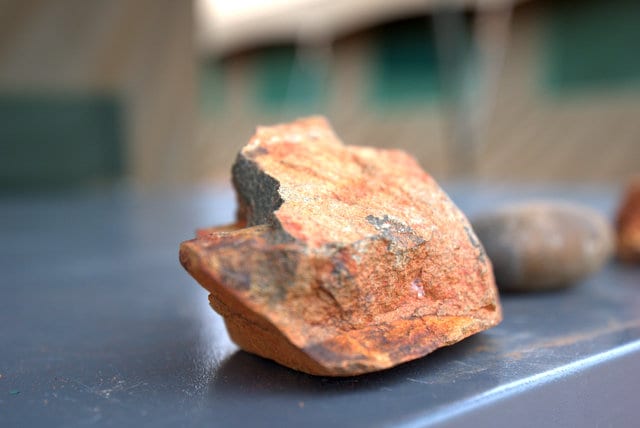 The students have to know more than just the plants, birds, reptiles and animals! Geology also forms part of their syllabus. Laughing, the students told me that they enjoyed rock identification as they tend to stay in one place and do not have to be tracked. 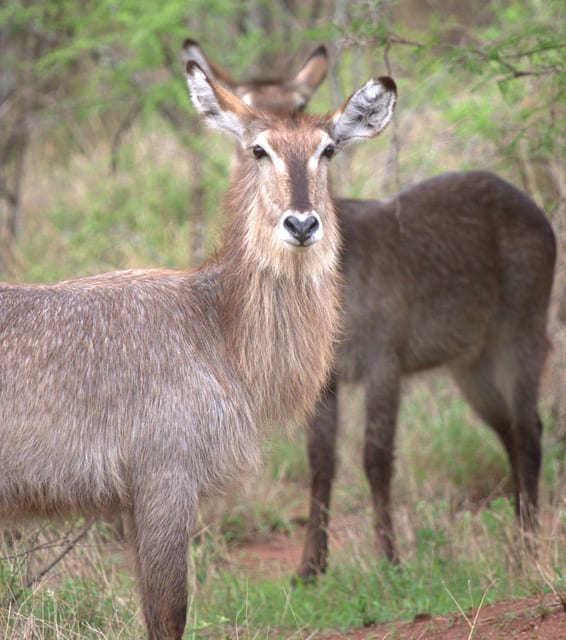 A female Waterbuck looks deep into my eyes. Usually it the gigantic horns of the males that attract the attention of photographic enthusiasts, but those males seemed to be in short supply during the drives. 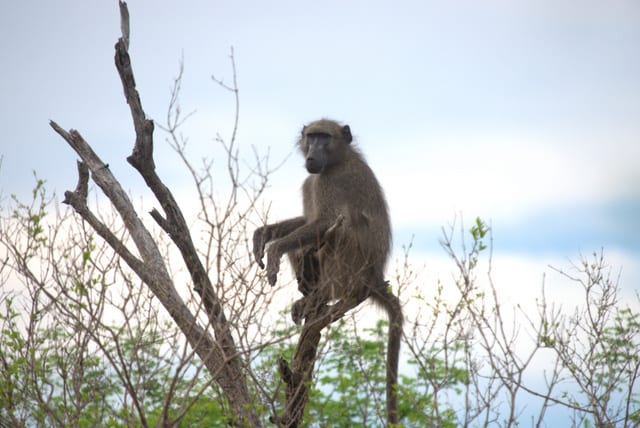 Baboon up a tree…the new pre-meal greeting in Africa that has usurped the internationally recognised “Bon appetite.” 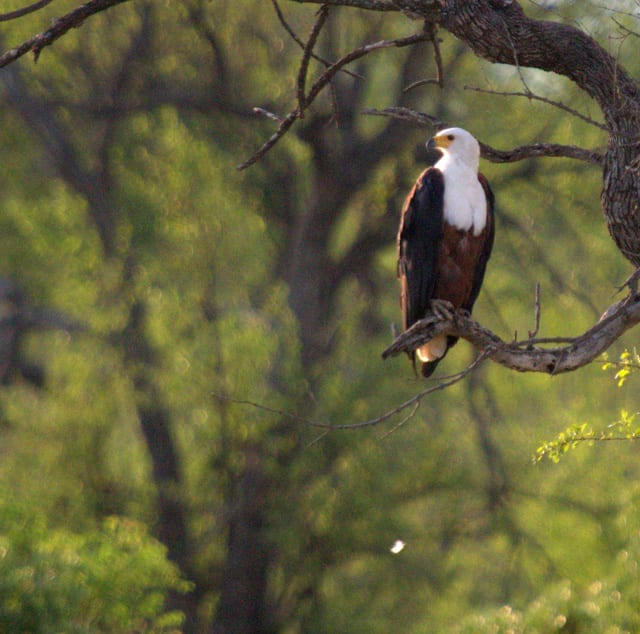 Losing a breast feather. This African Fish Eagle sits proudly in a tree near a dam that is one one of the game drive ‘routes’. They can often be found on the same branch, thus almost guaranteeing a sighting. 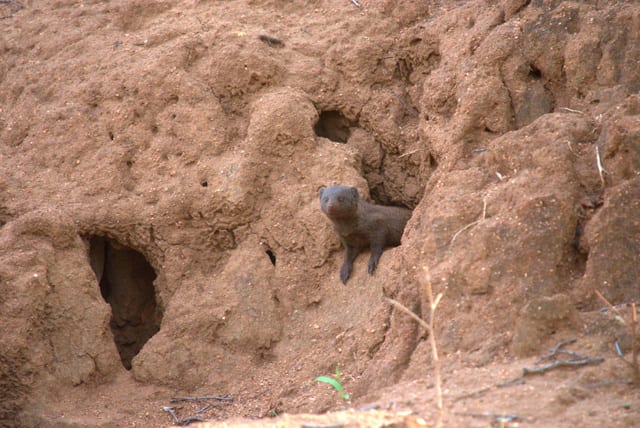 Sit quietly at a disused termite mound and sooner or later one or more of these might just become inquisitive enough to venture forth to inspect guests. Of the 34 mongoose species, the Dwarf Mongoose is the smallest and the most curious.

Fact: Did you know that the plural of mongoose is mongooses and not mongeese? The collective noun for mongooses is “pack”, “mob”, “gang” or “troop”. 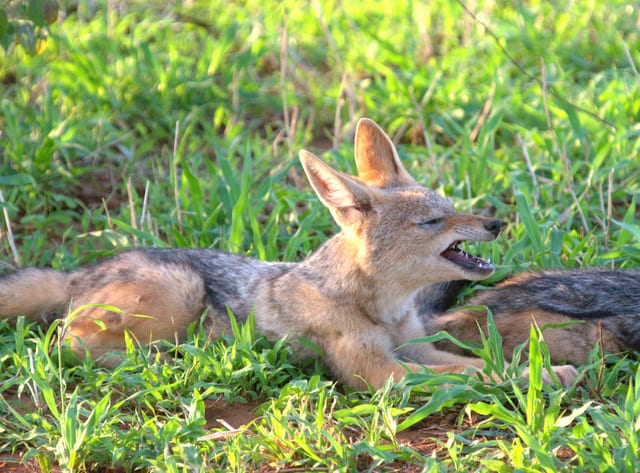 “What IS that smell”? Mid yawn, this jackal pup seems to be pulling its nose up at the farting zebra running close by. 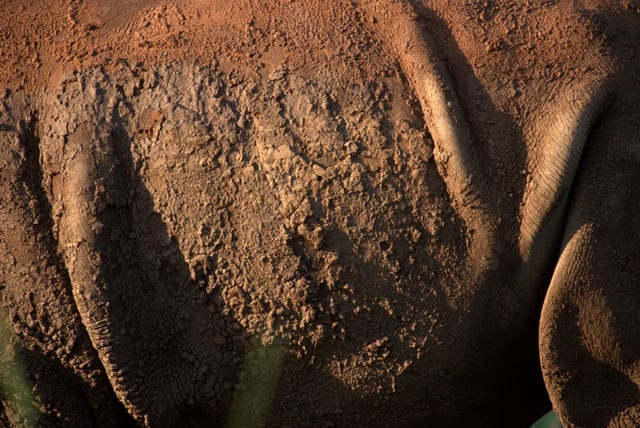 A tough old hide. Would you believe that the skin of a rhino can between 1.5 to 5cm thick? In comparison, our skin is only 0.5mm! 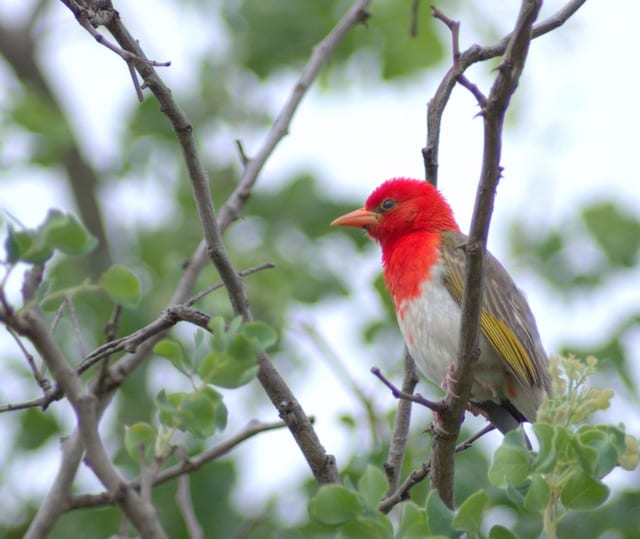 This Red-headed Weaver was sharing nesting facilities on the camp radio mast together with Indian Minors as well as Buffalo weavers. A true “Rainbow Nation” of bird species living communally. 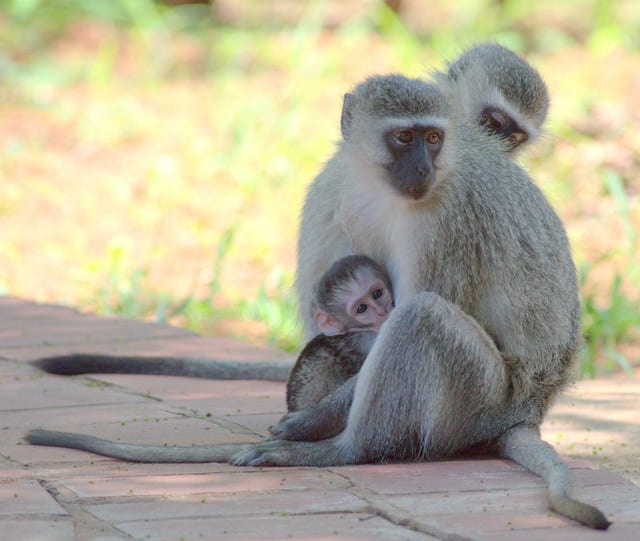 A Vervet family gets down to the serious business of grooming. Although seen as a pest at game lodges, their antics endear them to guests, who, unfortunately, either knowingly or unknowingly can cause their demise by feeding them. The monkeys (especially the males) can become aggressive towards humans if they are “denied” food. It is the duty of Field Guides to explain to new guests how to behave towards the animals that are often found in a camp. 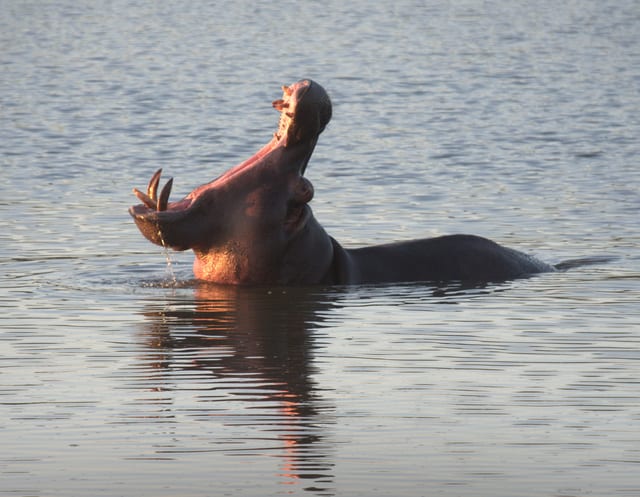 “I am SO tired of having cameras pointed at me”…This “yawn” has nothing to do with being tired and EVERYTHING to do with it being a territorial gesture. It is a show of force to alert other males in the area to stay clear of the area that has been claimed by this particular male.

Fact: Hippo out of water can be extremely aggressive and are often blamed for the majority of rural deaths in Africa. 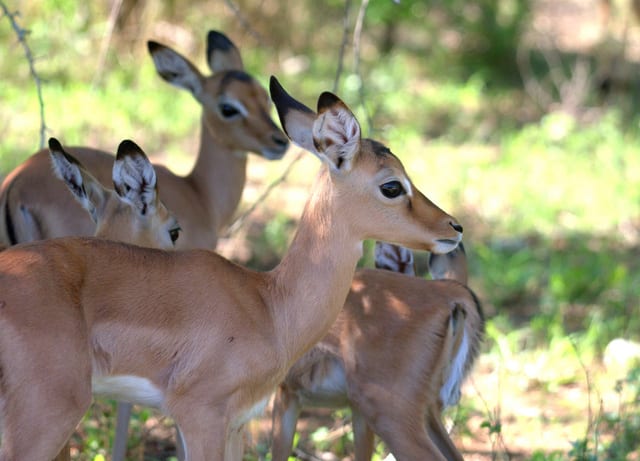 Lambing time for the Impala. The latter part of the year sees Impala being born in droves. This surfeit makes certain that there will be enough for the predators and sufficient to keep the breeding herds stocked and healthy. Many of them fall prey to a variety of predators including baboons who have been known to kill and eat the recently born. 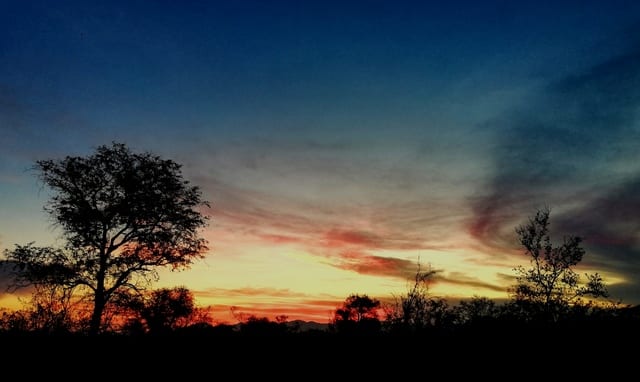 Good night from the vastness of Africa…a unique sunset to end off yet another day on this continent we call home.

To find out more about this company, click on the logo.

To find out more about this initiative, click on the logo. 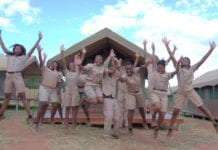 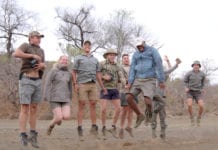 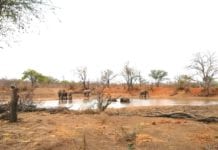