Two things have eluded me in the past. The one is a Pangolin sighting and after a 53-year quest that ‘goal’ was recently achieved during a visit to Klaserie Sands River Camp. The other is 1st place in the SA Blog Awards 2019. I have been runner up for 6 years and I am hoping that the Pangolin sighting means that that elusive GOLD might be attainable this year. YOU can help me achieve that by following the simple steps outlined below the voting badge.

The public phase is now open and will continue until the 16th of January 2020. Click on the VOTE badge (above) and you will be redirected to the voting site. Insert your email address and your vote for my blog will automatically be entered. Wait for the confirmation email, respond to it and HEY PRESTO all done! It is as simple as that. You can vote once from each email address that you have. 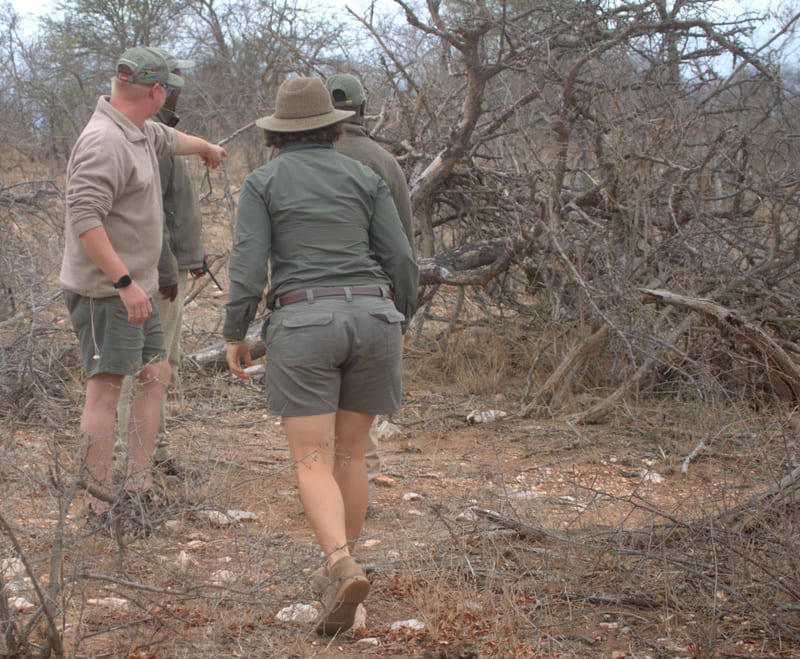 My involvement and passion for wildlife began back in 1966 when my 13th birthday present was a trip to the Kruger National Park. For as long as I can remember, the top of my WLWL (Wild Life Wish List) has always been to see a Pangolin. Every time I have visited a Lodge and the Field Guides have asked about favourites, “Pangolin” is the first word out of my mouth. On this trip to Klaserie Sands River Camp, I broke that tradition and I requested Hyena instead. Perhaps it was a way of not tempting the pangolin gods and then perhaps, just perhaps my wish to see one would be granted. We had started a morning drive and our vehicle was heading out looking for nothing specific when a garbled call came in over the radio. Nerise, our field guide, Caswell our tracker and I all thought we had heard the word “Penguin”. But how would you spot an Antarctic creature in the middle of the South African bush? “Repeat please” radio’ed Nerise. “PANGOLIN” was the response. STOP THE VEHICLE! Was my dream finally about to become reality? I was not too hopeful as the sighting was a distance away and in the opposite direction. Nothing ventured, nothing gained as the game viewer was turned around and we set off. I have to admit that I was not getting my hopes up as I have missed sightings before, but usually by a couple of days. I really did not want to miss this by minutes. We finally arrived to find Ross, a guide from a neighbouring camp who had called in the sighting, pointing excitedly to a spot under some branches…I held my breath as I peered into the undergrowth. I felt totally overwhelmed as 53 years of waiting finally came to an end! High-5’s were shared and the American guests on our vehicle could not believe their luck. 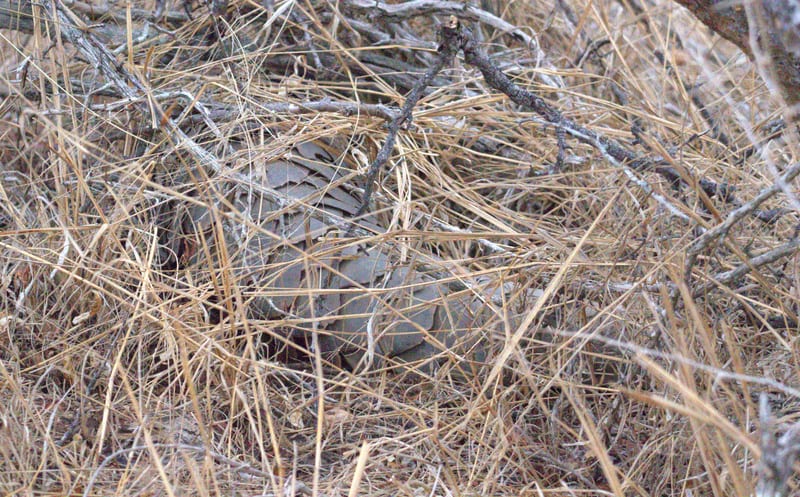 There it was! Curled up and trying to make itself as inconspicuous as possible. The most trafficked animal on the planet lay (almost) at my feet. It is hard to describe the emotions that flooded my senses. The most prominent being gratitude, for being allowed to share this sighting with several like-minded people. This animal had been top of my list for so long that there is not even a number two to take its place. I was also concerned that it would stay in this position indefinitely and this portion of the pangolin was all that I would see. While waiting patiently, in the hope that it would move, a buffalo sighting was called in. Nerise offered to take the international guests to that sighting while leaving Caswell and me with the pangolin. I jumped at the offer… 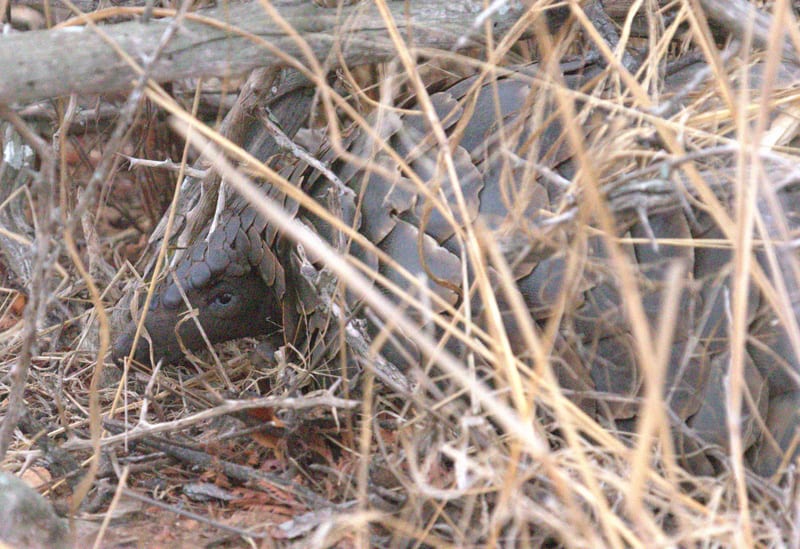 Once all the vehicles and their guests had left the area, this tiny face slowly peered out of the undergrowth. Would it emerge? Once again I held my breath…

Interesting fact: Thanks to Nerise Bekker, a field guide at Klaserie Sands for this information on the derivation of the Afrikaans name for a Pangolin, Ietermagog. “The name Ietermagog probably comes from Tswana: machocho (” ant “) or magogwe (” rattle “). The word-formation of Ietermagog, as well as the habitat and role of the animal in the superstitions of indigenous South African tribes, support the provenance of the word. “ 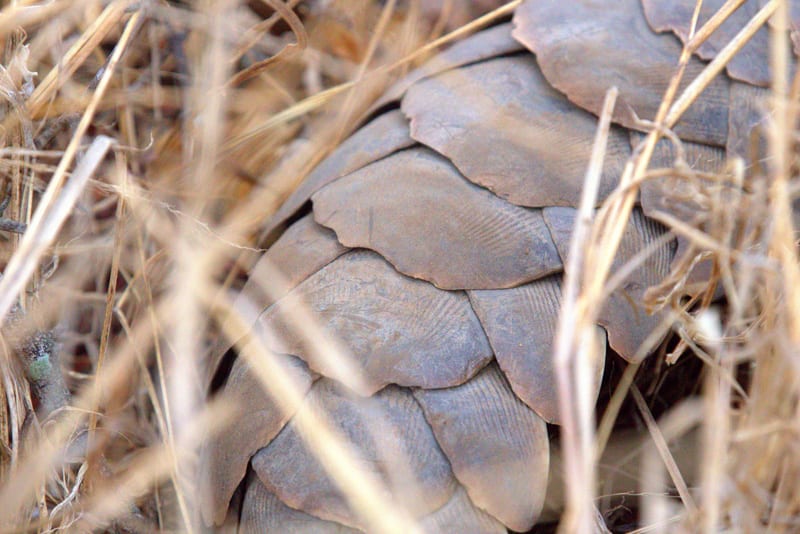 This is what all the fuss is about. These scales are not as valuable as rhino horn ($6000 per kg) but can fetch in excess of $3000 per kilogram on the black market. They are utilized in both local and international traditional medicine markets. Being made of keratin, the same as our fingernails, they have NO known medicinal properties at all. But that does stop the poachers from catching and killing them for both their meat( $300 per kilogram) and the scales. The latter, dried into a powder, supposedly help with a variety of ailments, from lactation difficulties to arthritis.

Interesting fact: This is the only animal to be completely covered in keratin scales, which make up about 20% of its weight. 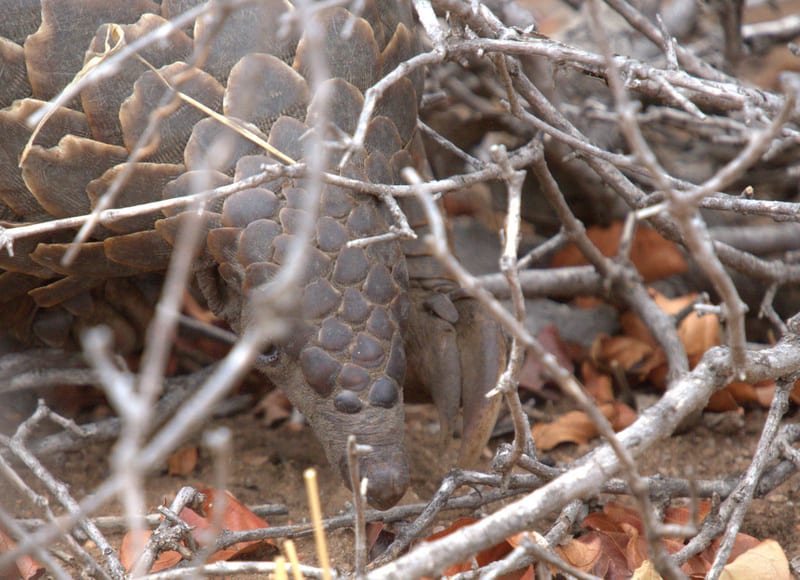 I see a snout…Eventually, this appeared out of the undergrowth. Although the front feet have several huge claws, those are used for digging and not as a defence. Their major form of self-protection, rolling into a tight ball, is also their biggest weakness. When they are in this position, they can be picked up and placed in a container without any resistance. 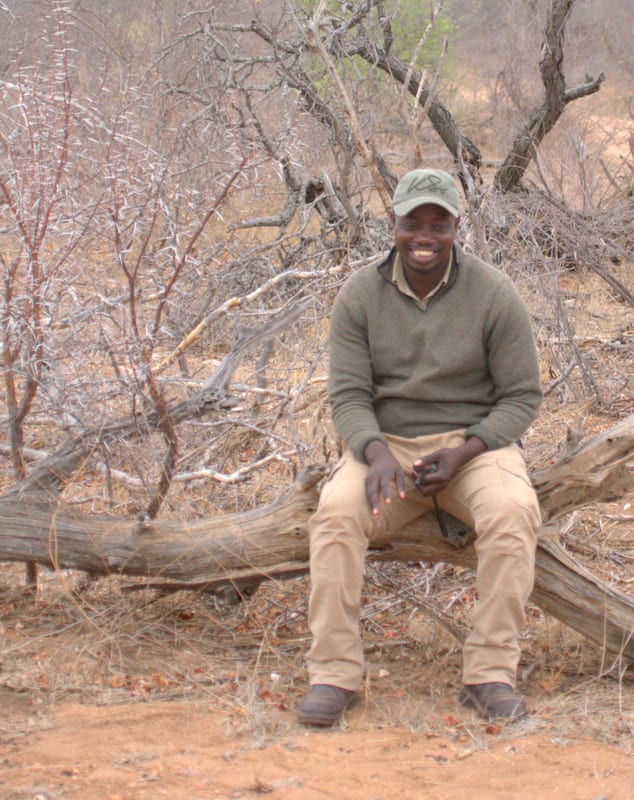 Even ace tracker Caswell was VERY happy and he was prepared to wait at the sighting with me, without having to be asked twice. 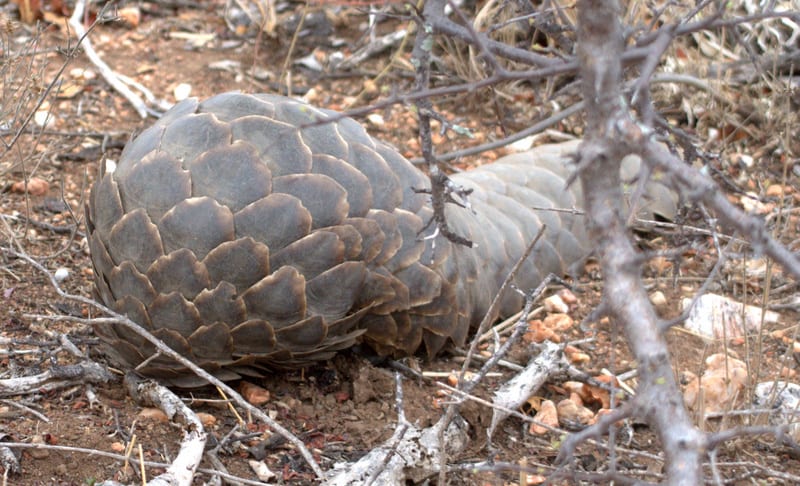 Still uncertain of the threat posed by those still at the sighting, it rolled into a partial ball and ended up looking like a giant artichoke.

True fact: Their name, Pangolin, is derived from the Malay word ‘pengguling’, which means ‘rolling up’. 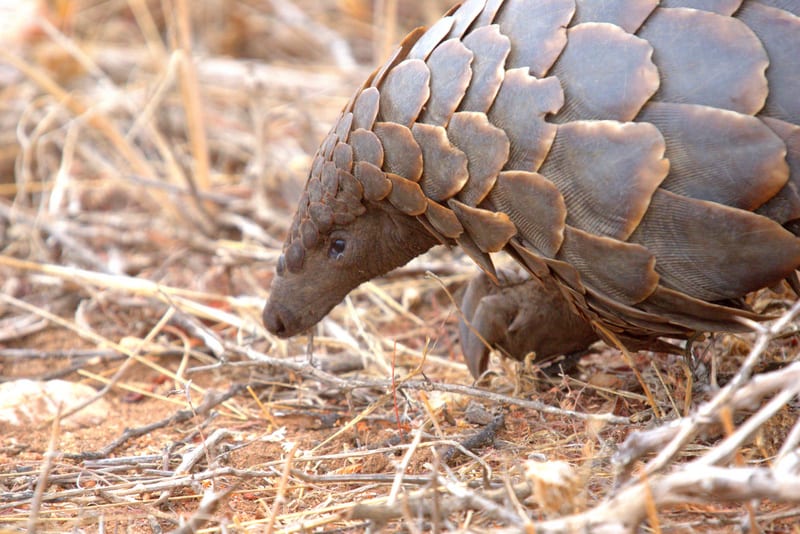 Finally, it crept out of the safety of the branches and proceded to scuttle across in front of me. I could have wept. Not only did I get to spend time with it, but to be this close was a once-in-a-lifetime experience.

Pangasm: noun: The climax of excitement, characterized by intensely pleasurable feelings when finding a Pangolin after waiting for 53 years. 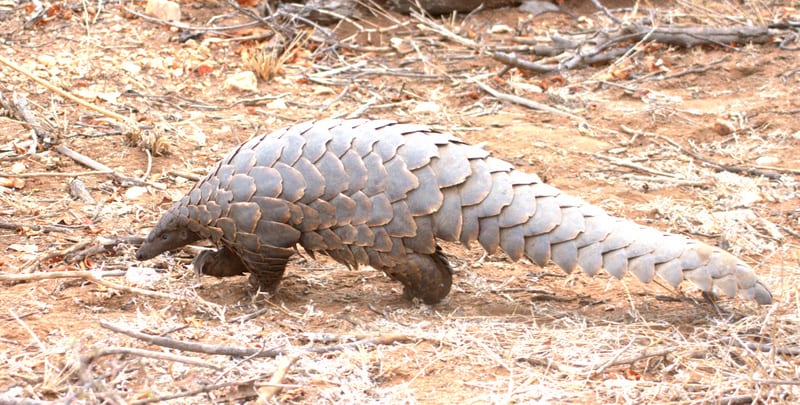 And it is off…but I did get to spend 90 minutes with this armoured marvel.

Fact: This elusive mammal is, unfortunately, on the brink of extinction and has been classified as Critically Endangered. They are been taken out of the wild at the rate of almost 1 every 5 minutes. 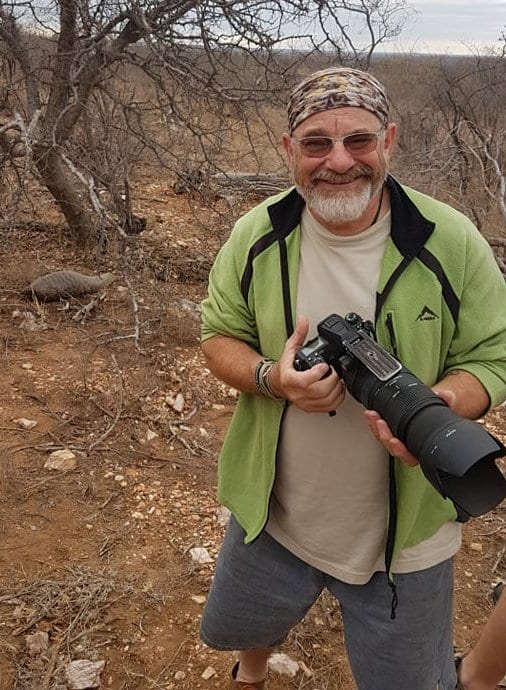 WHO is a happy boy…with thanks to Elly Gearing for this memory. The circle has now closed as Klaserie Sands is part of the Greater Kruger, where my dream began when I was a 13-years old. Now to find a new Number 1 for my Wild Life Wish List! I am both grateful and blessed to have had this opportunity to finally get to see my ‘unicorn’. 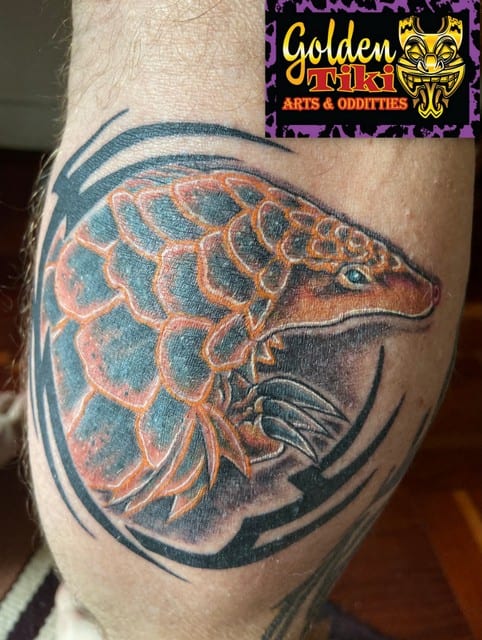 And this is how I chose to commemorate this monumental sighting! A tribute tattoo that was done by Ryan ‘Busta’ Boltoon at Golden Tiki in Linden, Johannesburg. 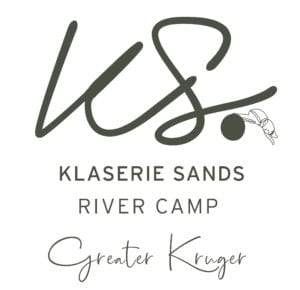 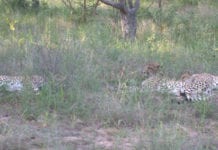 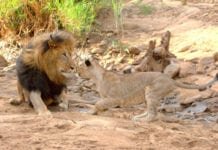 I spy with my little eye. Game drive sightings from Karongwe River Lodge. 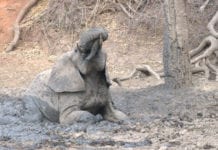 Acoustic Arts 5 at Tanz Cafe. Round 3

A compilation of sightings during game drives from Mjejane River Lodge.

The moon in June,well May and June!

My day with Safari Blue in Zanzibar

What I pack as a wild life photographer.