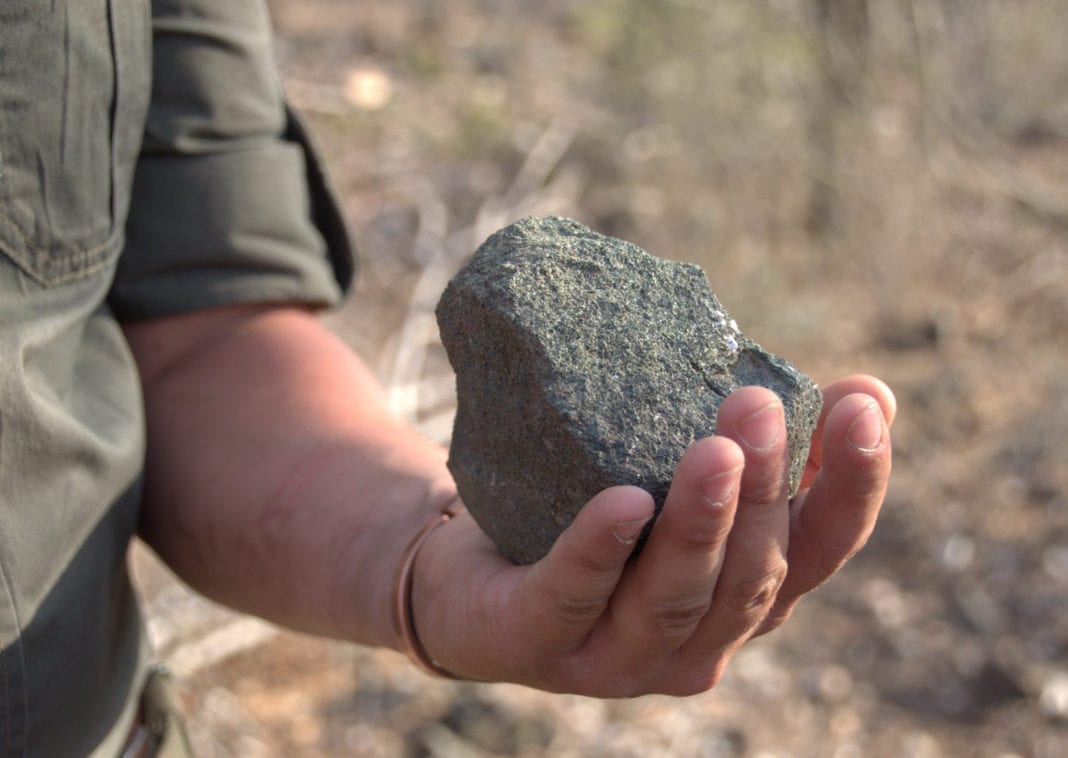 Time to rock and roll?

Time for an afternoon walk from Klaserie Sands Safari Trails 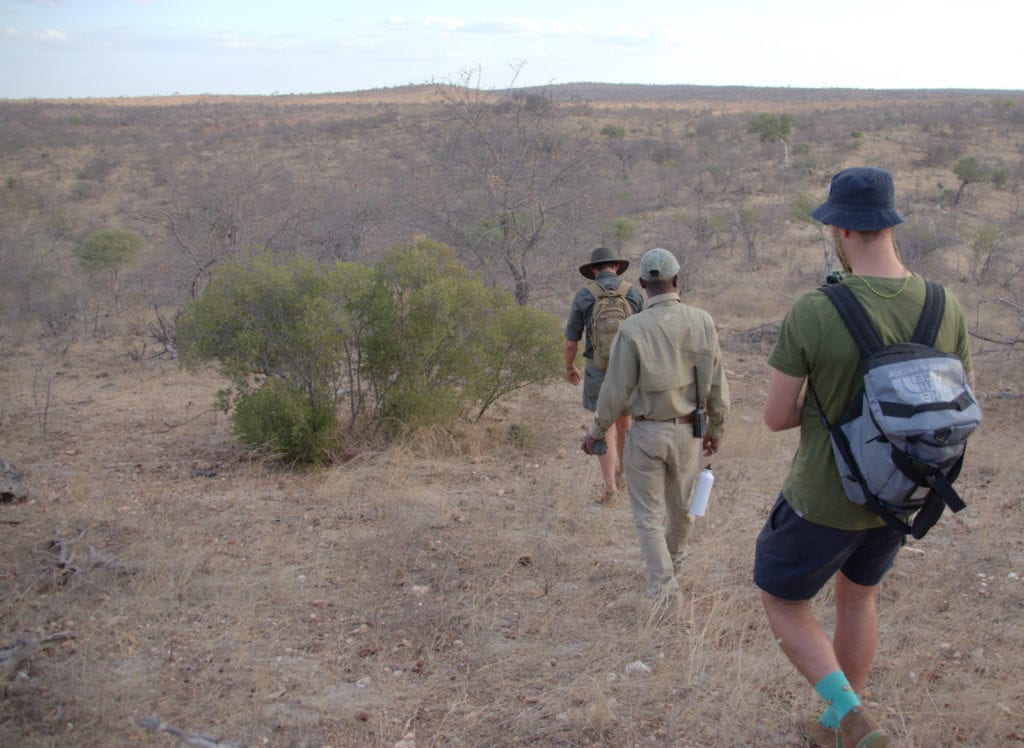 Trails walking rules dictate that everyone needs to be behind the rifle and in single file. In theory, for a regular guest that is excellent advice. However, as a photographer, it leads to LOTS of back-of-head shots like this one. The fellow in the blue hat is Henk Brand who was documenting HIS experience during our stay at Klaserie Sands Safari Trails. 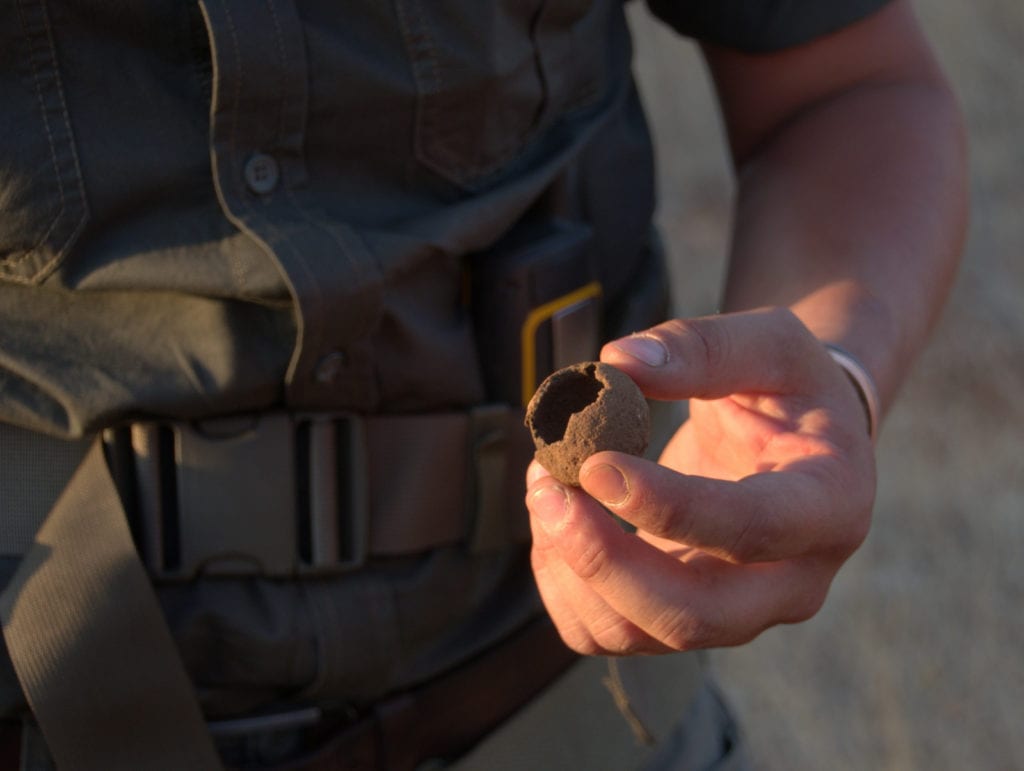 An interesting find. An empty dung beetle ball.The maggot inside either hatched or was taken out and eaten by a predator of some description. They are protein-rich and as such are sought after by several species of both mammals and birds. 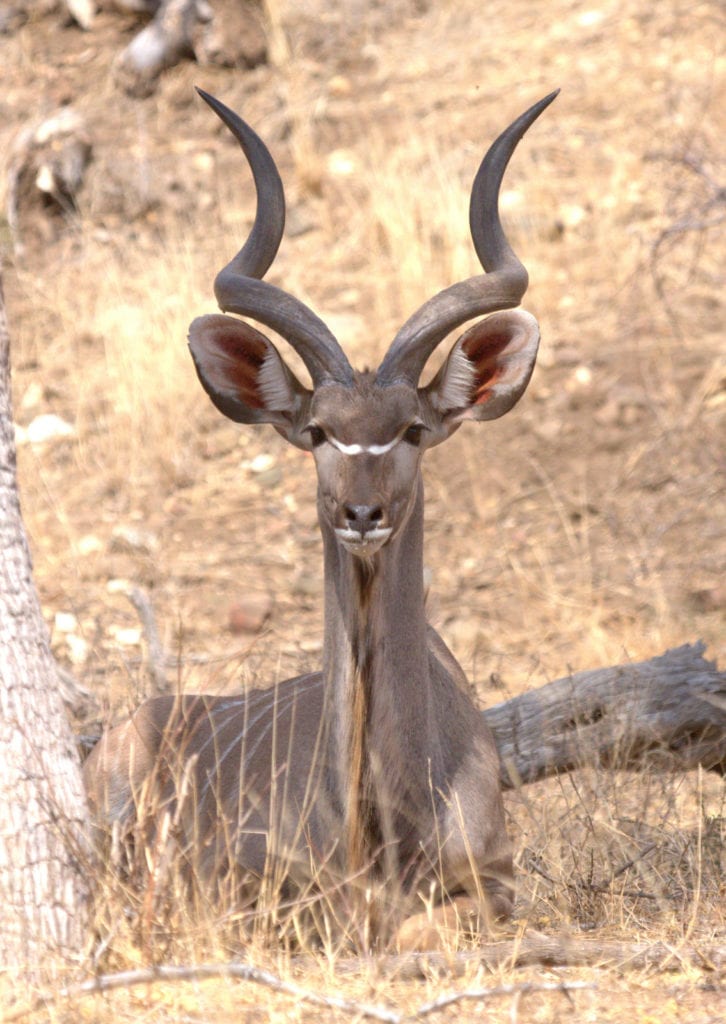 A sitting duck? Nope, a resting Kudu! And in a position that I have not seen one before. Kudu are notoriously skittish and will usually run at the sound of either a vehicle or people approaching on foot. It is a testament to the skill of our lead guide and tracker that we were able to observe this animal without disturbing it at all. 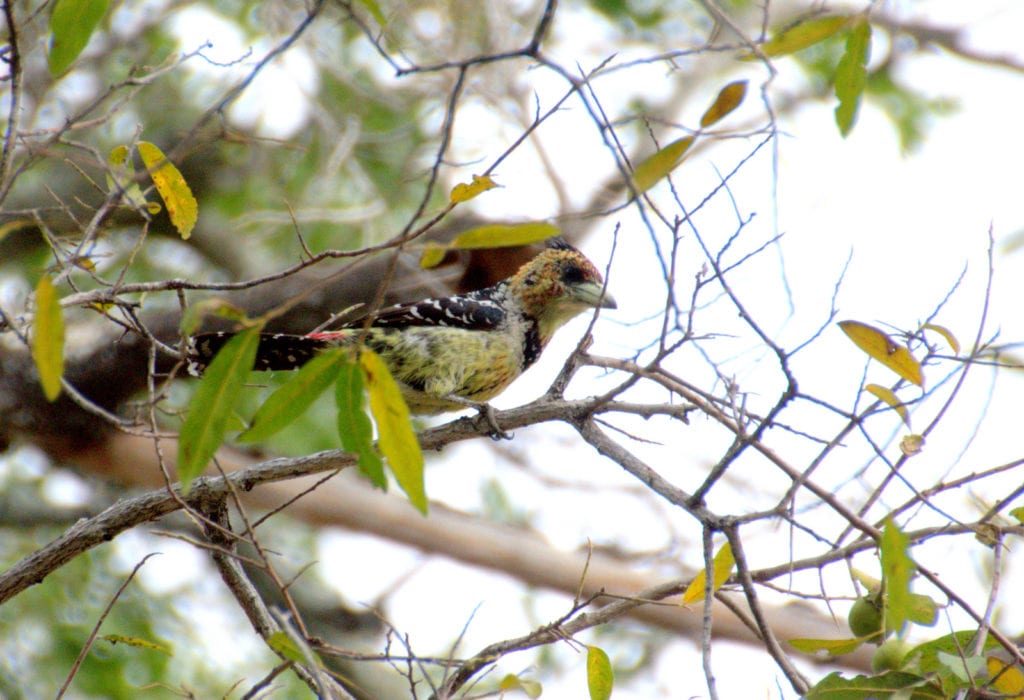 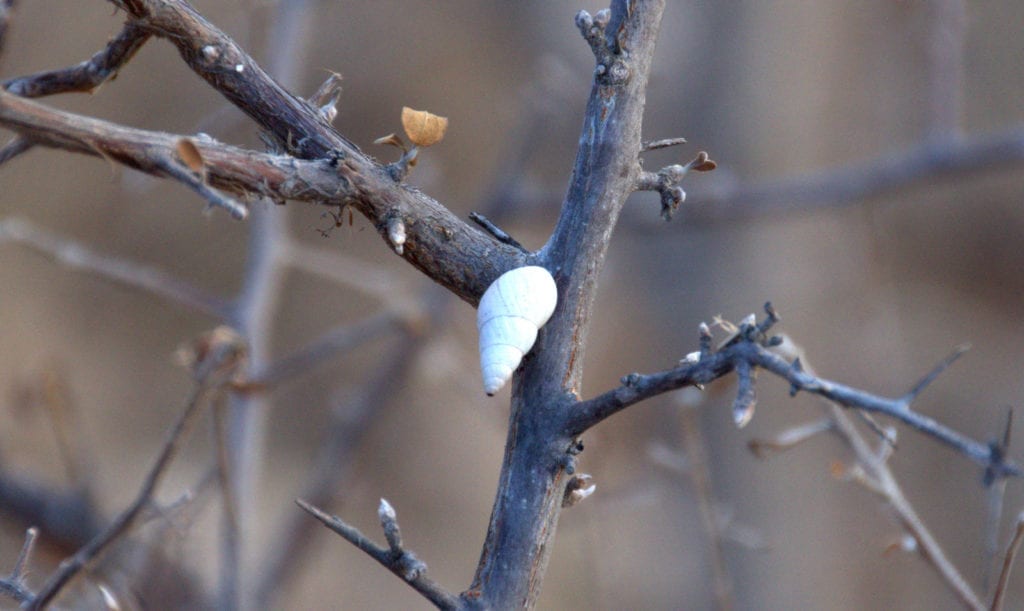 An African Land snail…and alive! I have come across these molluscs on many occasions, but usually bigger than this and invariably just the shell remains. This is the first live one I have photographed. Not that you can tell from a still image, you are going to have to trust me on this. 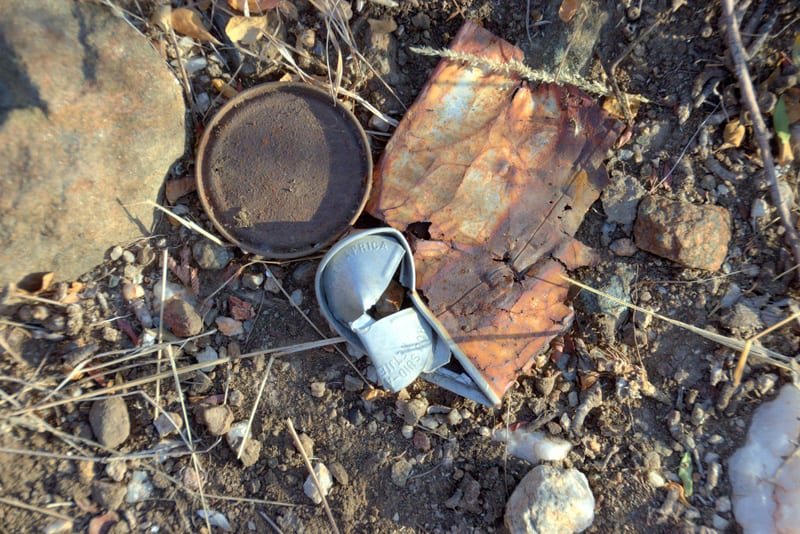 An old rusty cool drink can became part of a story that Matt shared with the group. Although it is not ideal to discard cans in this manner, they become part of the environment and will give visitors the understanding that even though they might have believed that they were the first in a particular area, this detritus proves that they were not! Framed and hanging on my wall is part of a bully beef can that is more than 120 years old. It was collected on a farm near a battle site that I did even know existed. 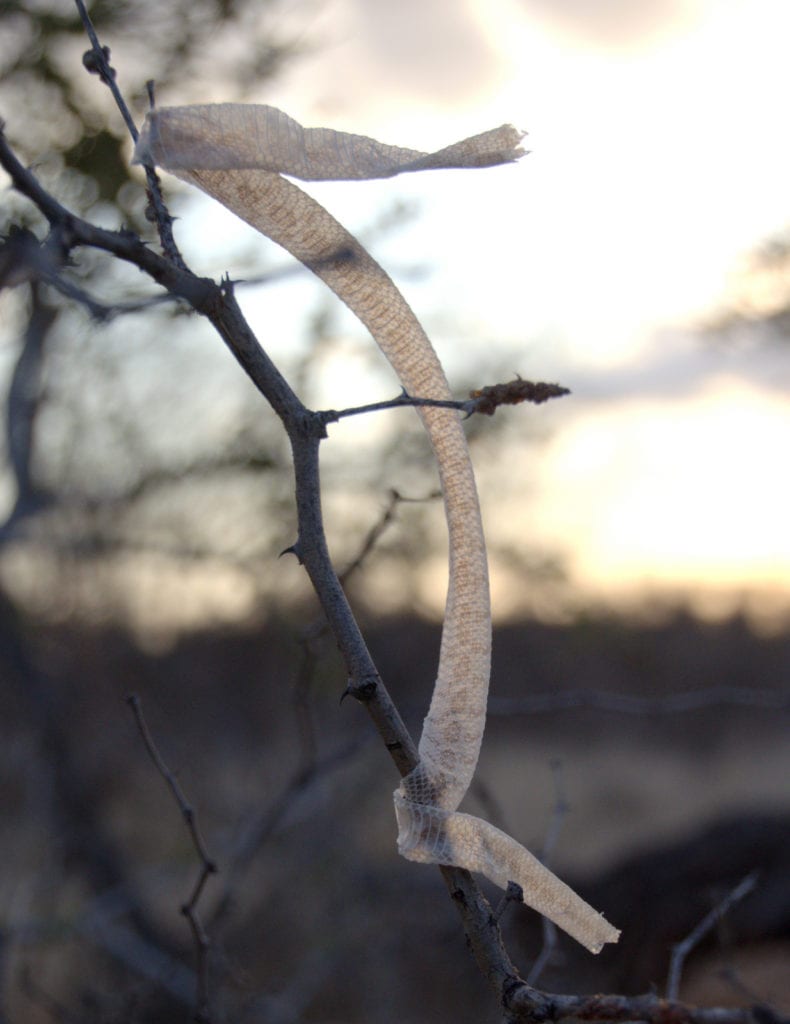 There was MUCH deliberation amongst the group as to what snake might have shed this. Eventually, we all agreed on only one outcome…it came from a snake of some description.

Update: Thanks to Field Guide Elly Gearing, I now know that this shedding is from a Rhombic egg-eater. A species of non-venomous South African snake. 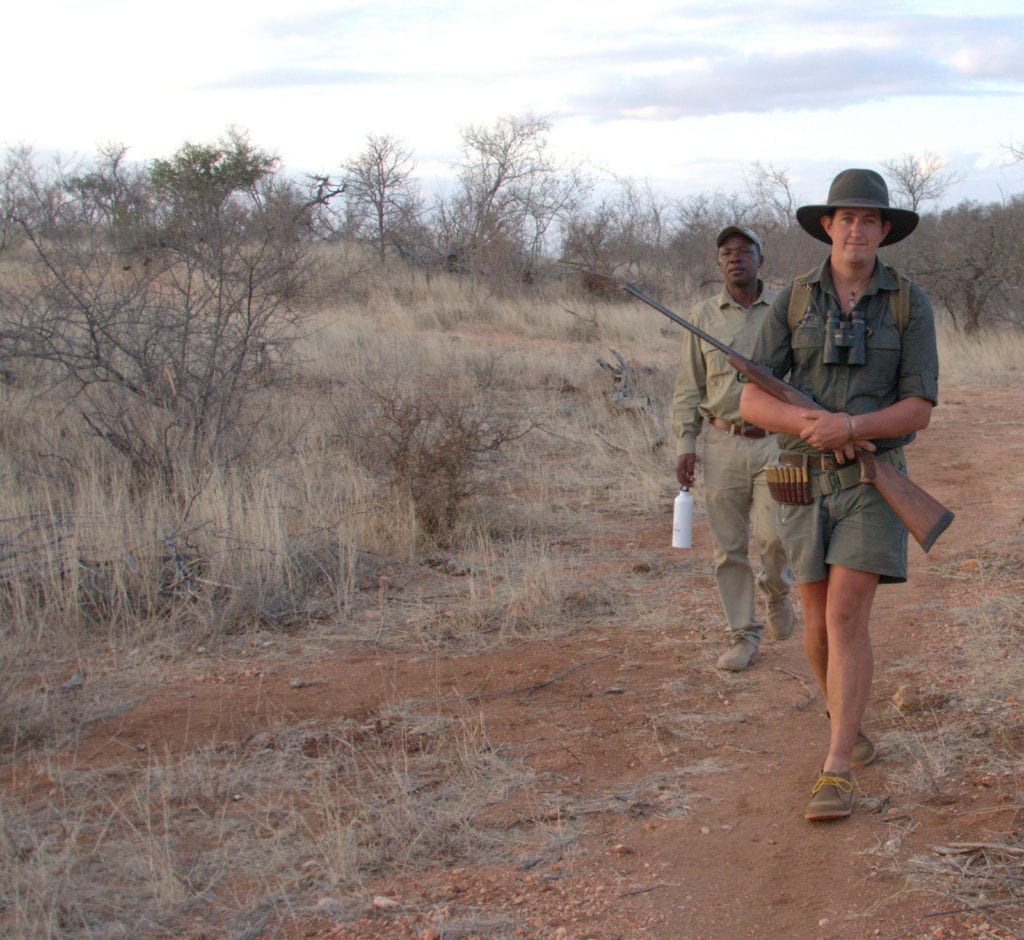 Lead trails guide Matt together with ace tracker Caswell lead out the small group on a walk. One of the Golden Rules is NEVER walk in front of the rifle. However, we were less than 5 meters from our sundowner stop, so I was given permission to get this shot…rather than more back-of-head images. 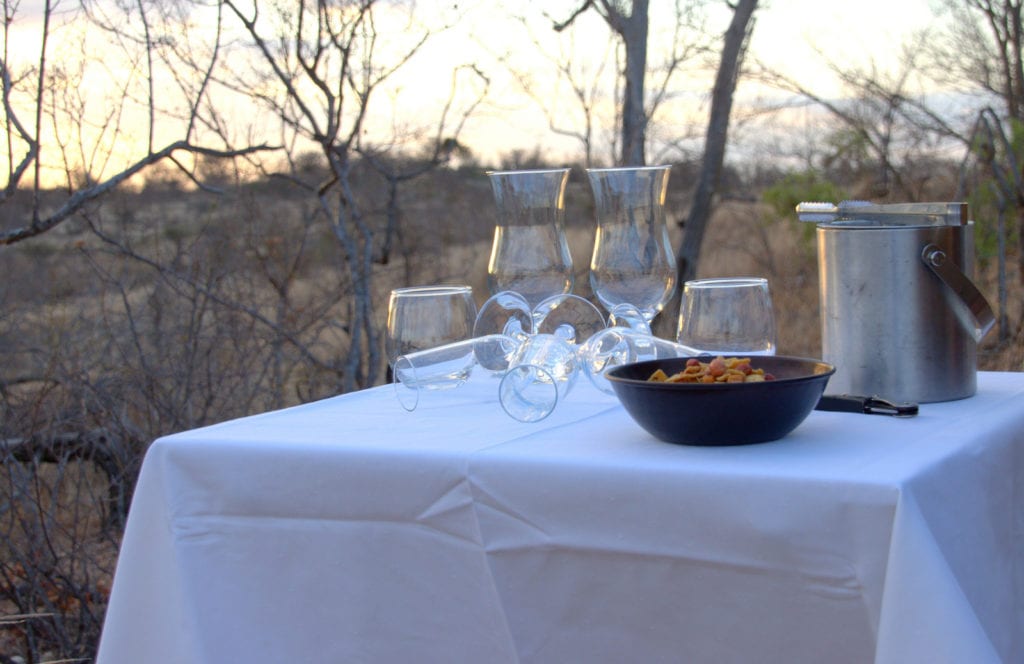 The highlight of our afternoon walk, an unexpected evening drinks stop. Set up on the top of a koppie that looked towards the sunset in the west and a small waterhole in the south. It was the perfect ending to our activity and experiences during the walk. 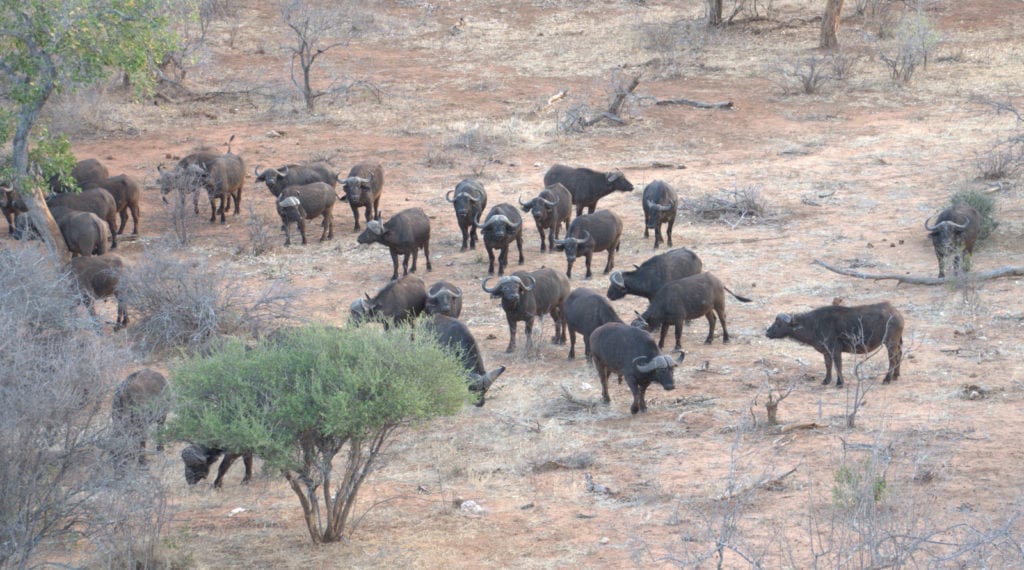 Luckily for us, this herd of buffalo were at the base of the steep outcrop we were standing on. Interestingly, they knew that we were watching them and most of the herd took time to look up at us. Perhaps contemplating if, with a top speed of 56 km/h and their 4×4 capability, they could get to us before we scrambled back into the waiting vehicle. Walks that are conducted in the afternoon will finish at a viewpoint, like this, and guests will be collected by vehicle and driven back to camp. As a safety precaution, there is no walking after dark. 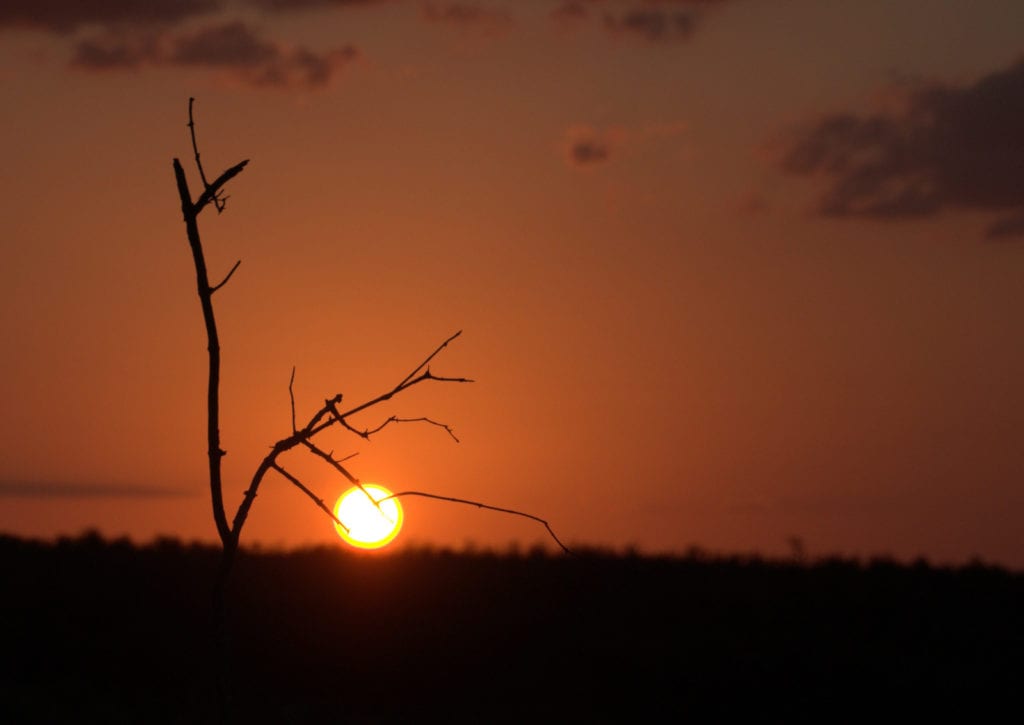 We waited for the sun to slip behind the horizon before boarding our vehicle and head back to camp. 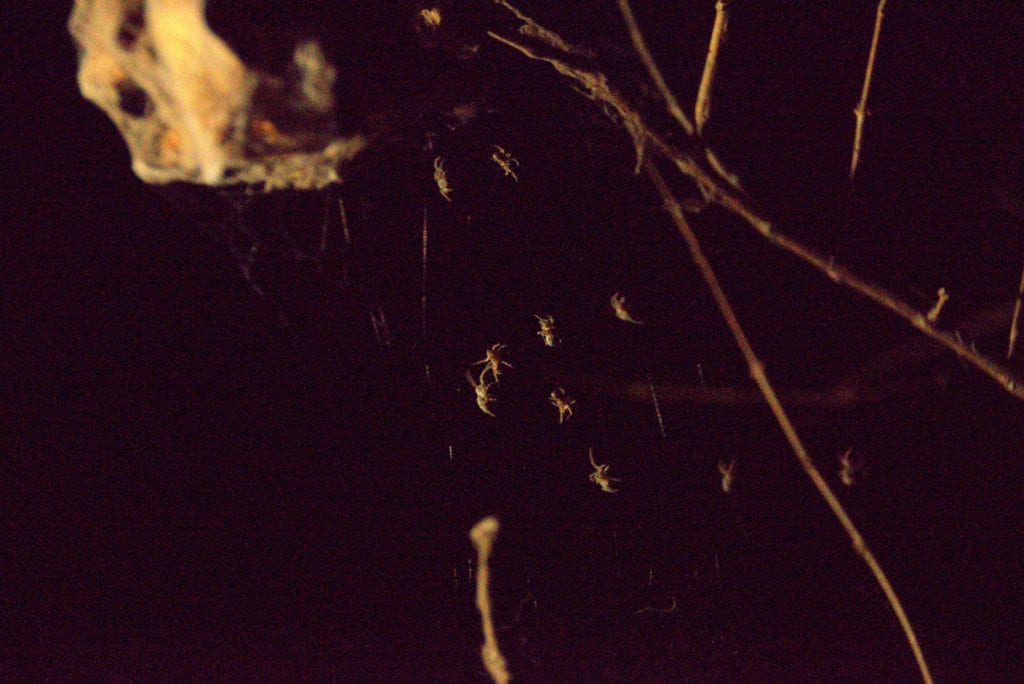 Caught in the light of the spotlight, there were literally 100’s of these Communal Spiders heading back to the safety of their nest. These are full-grown adult spiders, even though they look like babies. 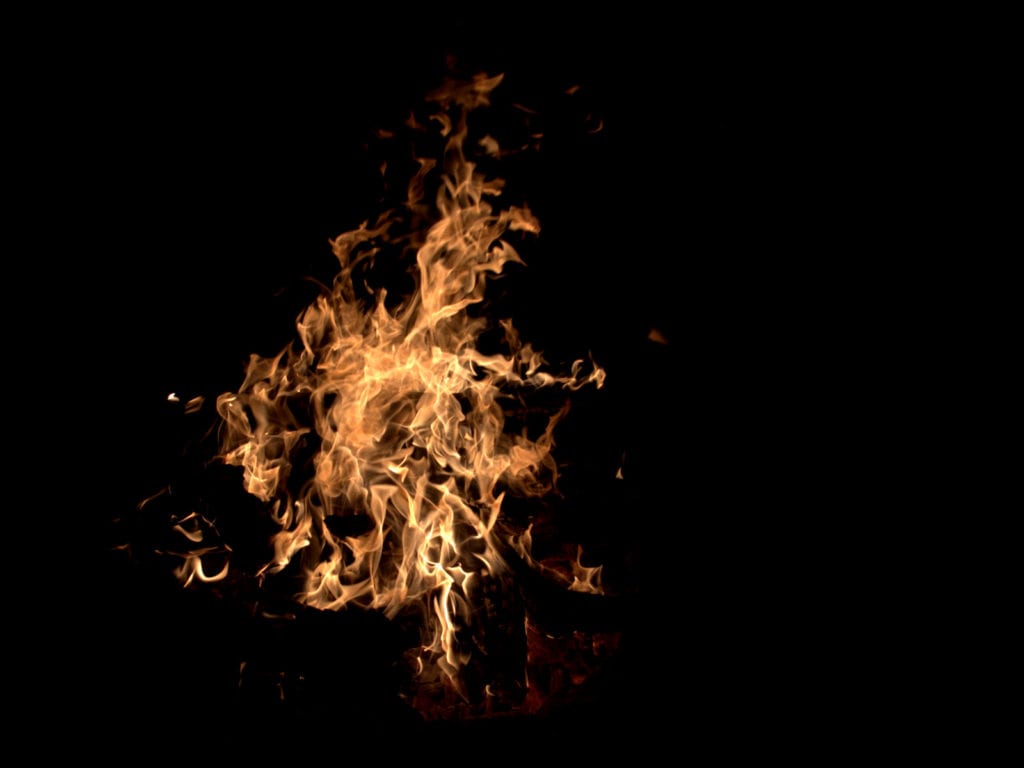 Back in time to settle down in front of the fire. To share our experiences and to plan for the day ahead… 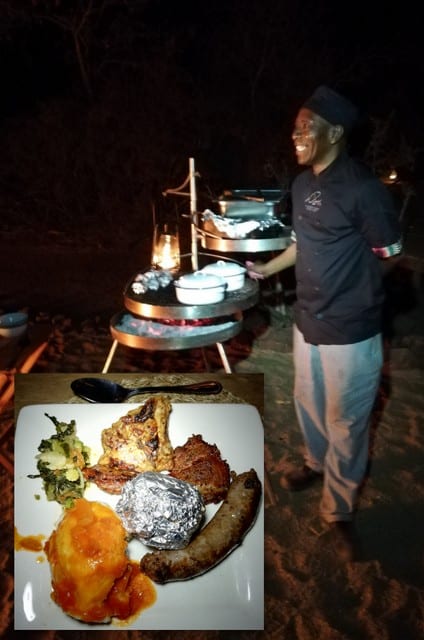 And to wait patiently, drink in hand, for Chef Steven to announce dinner. And what a meal it turned out to be! 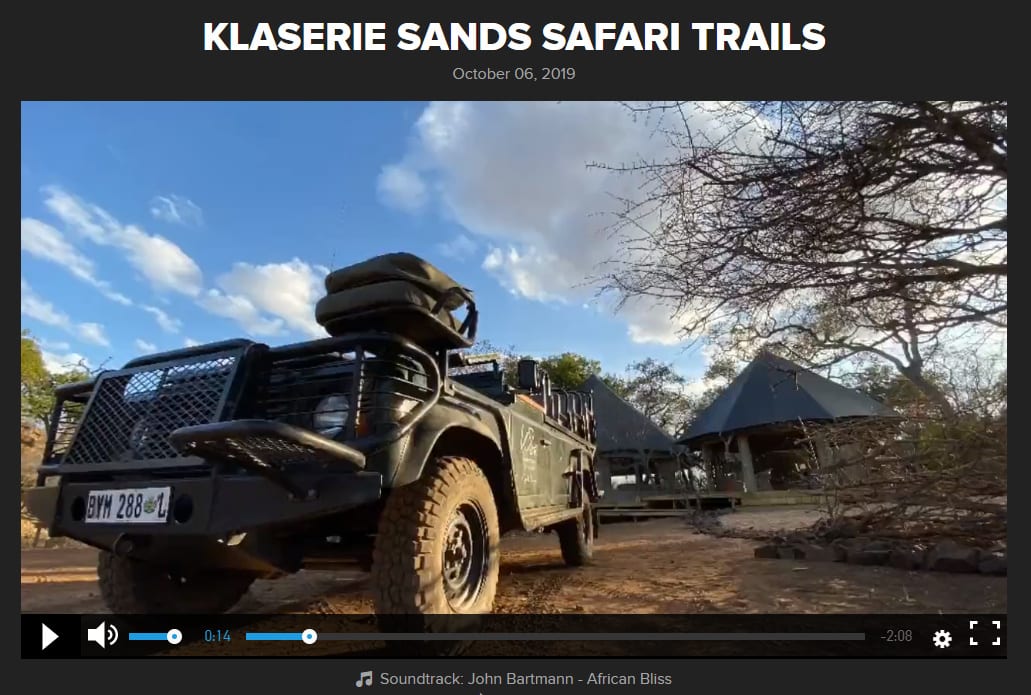 This video, by shot by owner Louis Rautenbach, encapsulates my recent visit. What is does is give potential guests a snippet of what they might experience when they visit this camp. Although this video was specifically about the press visit that I attended, all the activities are available to ‘regular’ future guests. 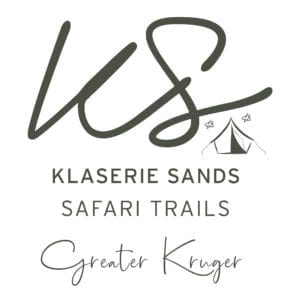 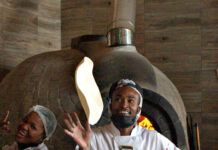 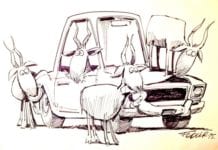 A virtual safari. Enjoy a day out while staying in.