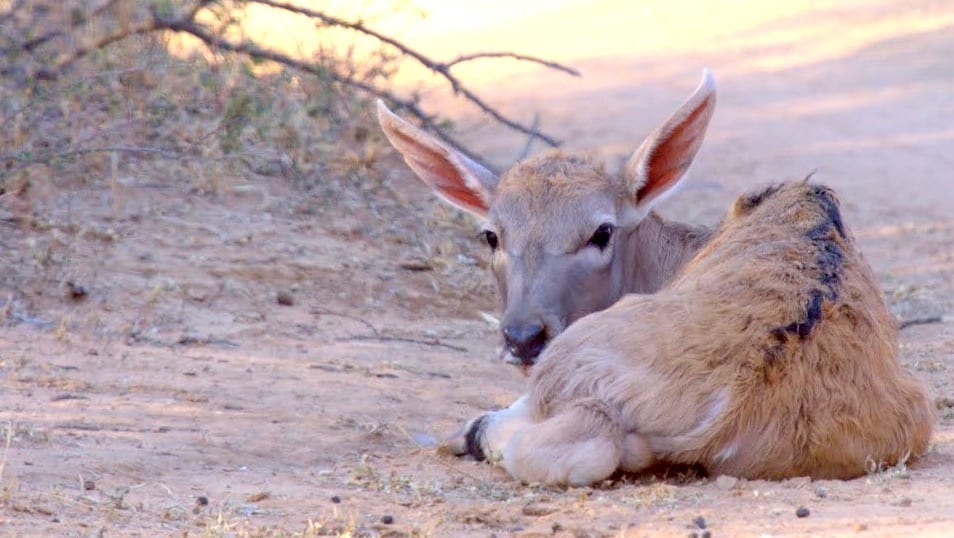 What was to befall this newborn calf in the next 2 seconds would allow Lightning, a female leopard, the opportunity to feed her three cubs. Life in the bush is never easy. It often means that prey has to die in order for predators to live. It is a necessary part of the cycle of life that occurs on a daily basis in the bush and when witnessed it can seem cruel and harsh. Often guests are traumatized by what they get to view and need to take time to process the fact that it is as natural as breathing for both predator and prey. As humans, we tend to anthropomorphize the behaviour, something we should refrain from at a sighting like this. 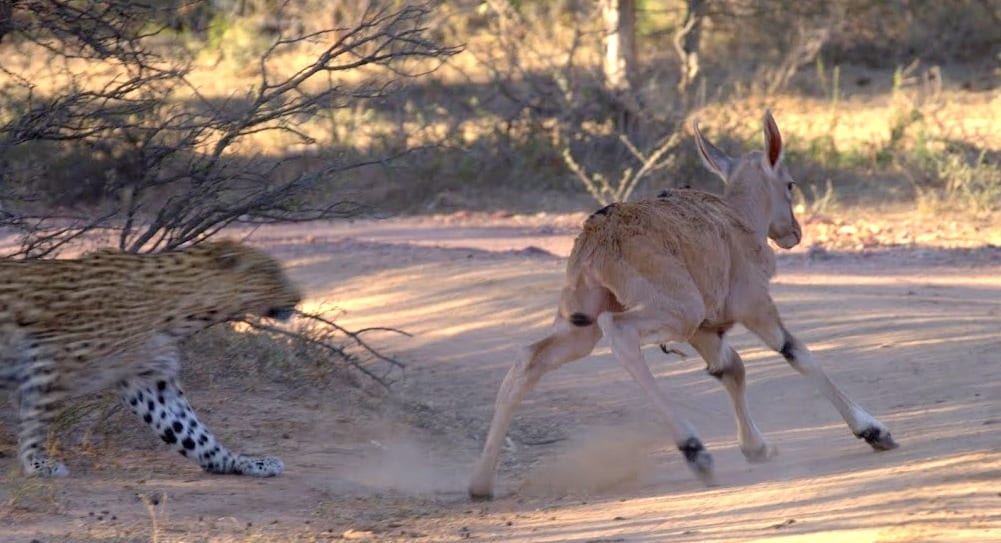 I, together with the head ranger of this reserve, had just come across this calf lying in the middle of the road. It must have been recently born as we could still see that the umbilical cord was attached. No sooner had we stopped than the radio crackled into life. “Lightning is on her way” It turned out that it was not an electrical storm, but the resident female leopard who had three cubs to feed. Although the calf had been lying quietly, it tried, unsuccessfully, to get up and run. 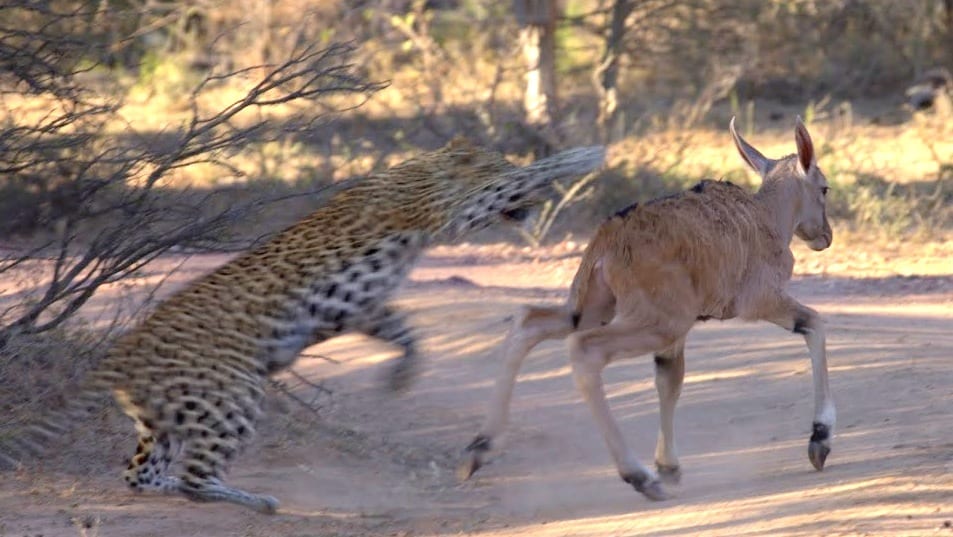 An outstretched paw was all that it took to cause the calf to stumble. And that was exactly what Lightning intended to do… 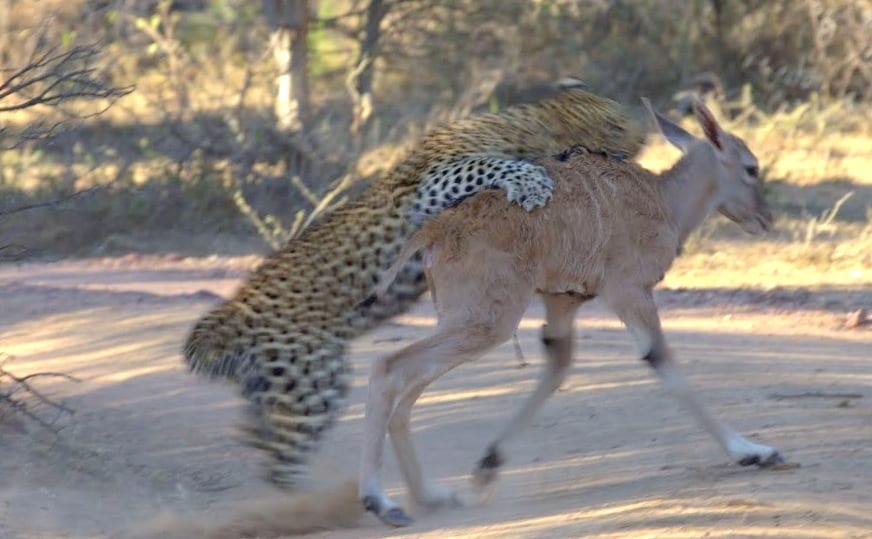 In a flash, she had sunk her claws into the rump of her victim and all the ranger and I could do was watch as the inevitable event unfolded in front of us. 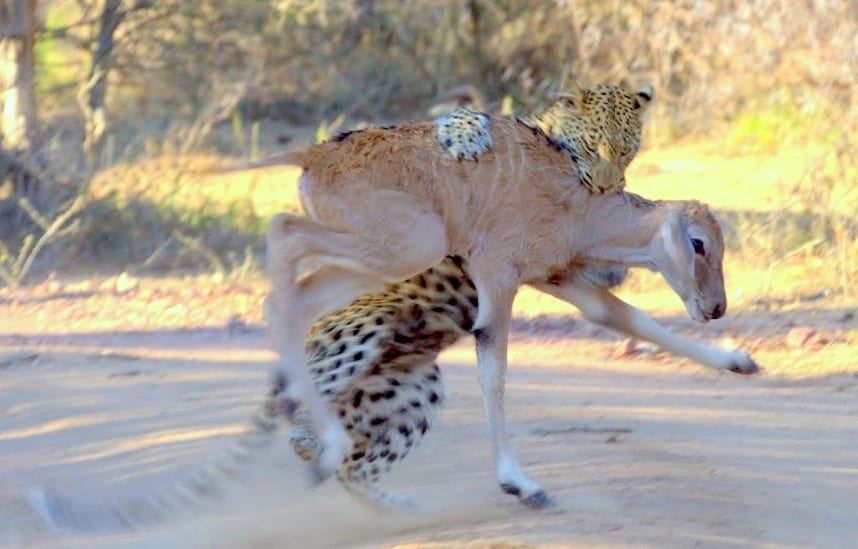 Moving to the back of the neck to sever the spine, a favourite tactic of leopards and one that brings about a relatively quick and painless death. 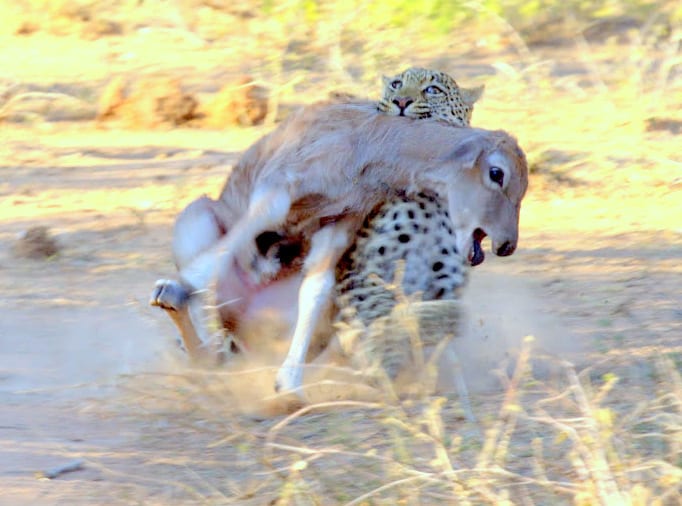 It always amazes me as to how much resistance prey species put up. None of them seems to give in and accept their fate. They tend to fight literally to their final breath. This calf was no exception and it tried valiantly to extricate itself from the clinging leopard’s teeth and claws. 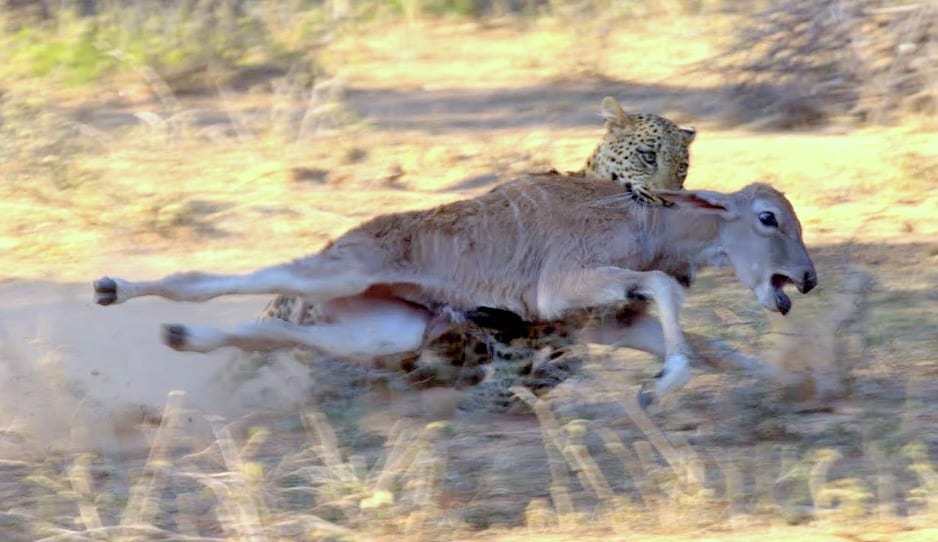 A final bleat as it was dragged behind a bush where the coup de grace was finally delivered. From alive to dead in 12 frames and 2 seconds! 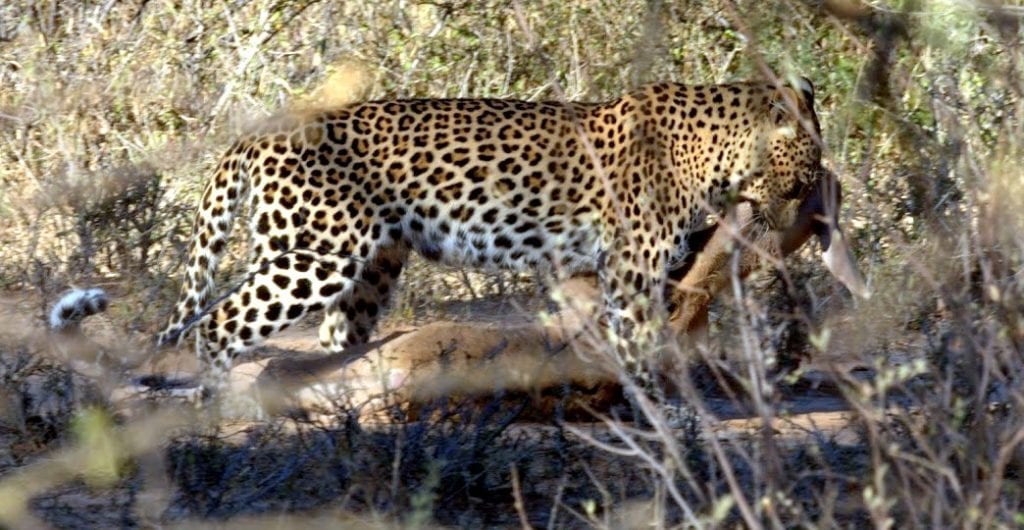 And, just like that, Lightning had procured a meal for her family. The ranger and I did ponder on the fact that the calf might have been sick or injured as it is unusual for a female to leave such a newborn calf out and exposed. But perhaps that was us trying to ‘justify’ the death and what we had both just experienced. 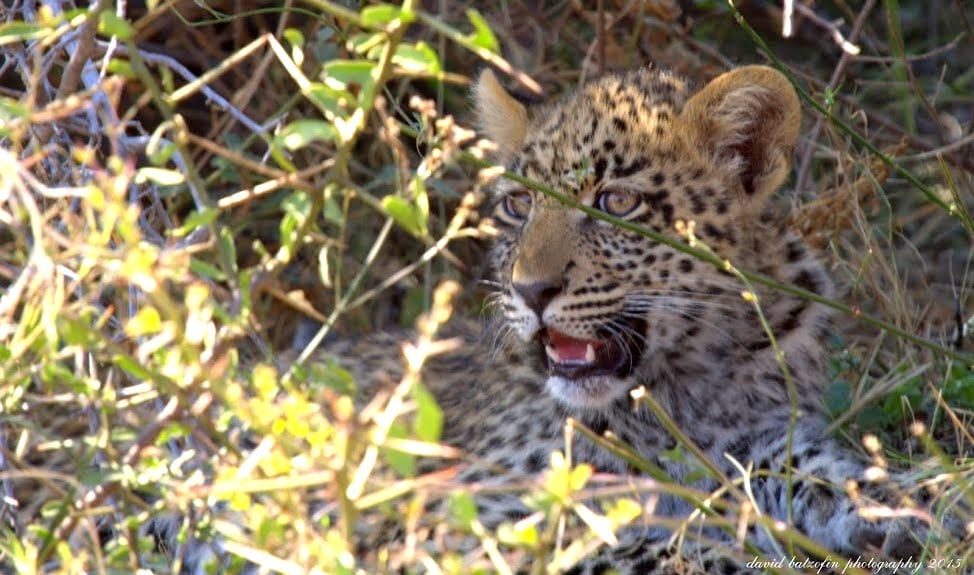 Later in the day, we found the cubs tucked in under a tree. Thanks to their mother, they had full tummies and did not need to go to sleep hungry. And so the circle-of-life had been closed for this family on this particular day. It would have to be repeated many times in the future to make certain that these cubs survived their first year. 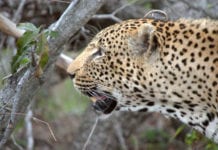 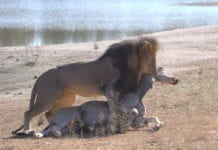 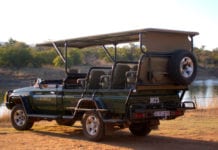 More from my Fordsburg Spice tour with Ishvara Dhyan

Bird life in and around Hamiltons Tented Camp

An evening with Dov Fedler…

On your marks…Day 1. Total Economy Run