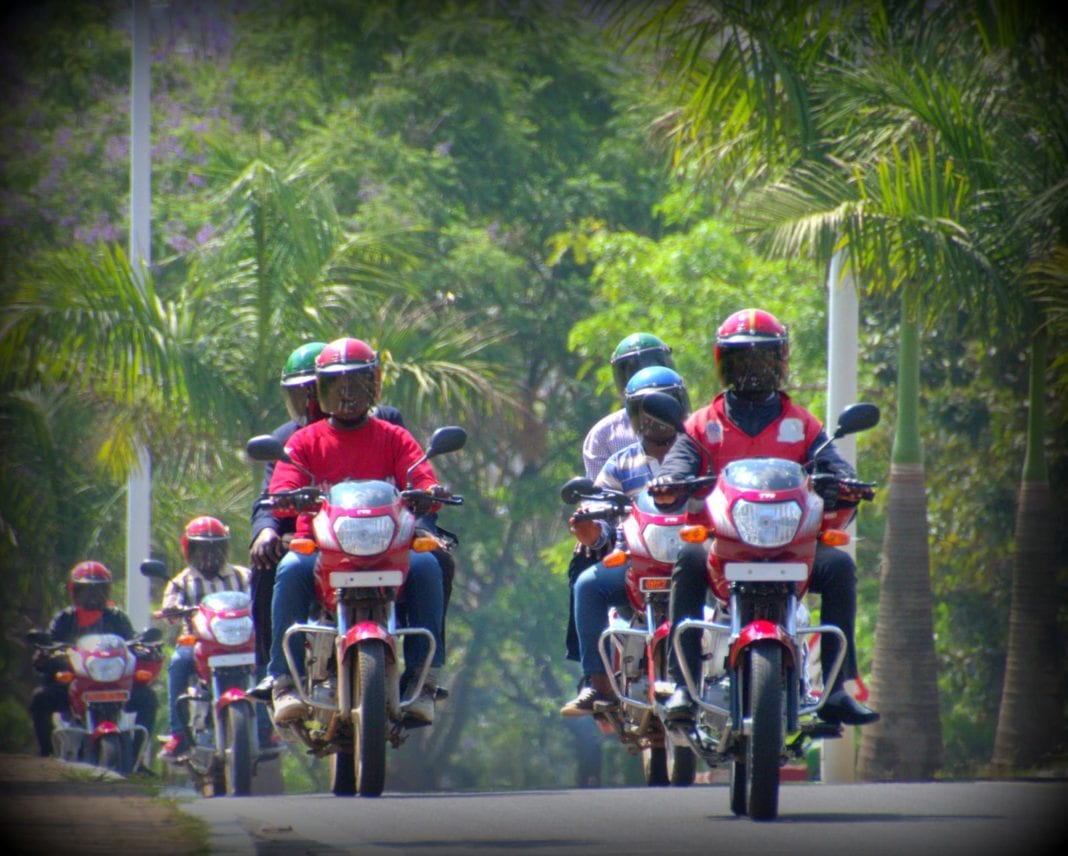 Hail, hail the gang’s all here. Could this be the Kigali chapter of Hells Angels out on a Sunday ride? Not at all! It is, in fact, an everyday sighting in all the major cities (and out in the rural areas as well) These are motorbike taxis. A great way to get through the congested traffic, but I would imagine that for a visitor, getting onto one of these could be a hair-raising experience. That being said, a colleague and her daughter who were in Rwanda with us, DID try a short journey and found it to be an ‘exciting adventure’. What did impress me was the fact that all the riders and passengers that I saw were wearing helmets. The drivers carry a spare with them (who know who has worn those) but I did observe some passengers that had their own. 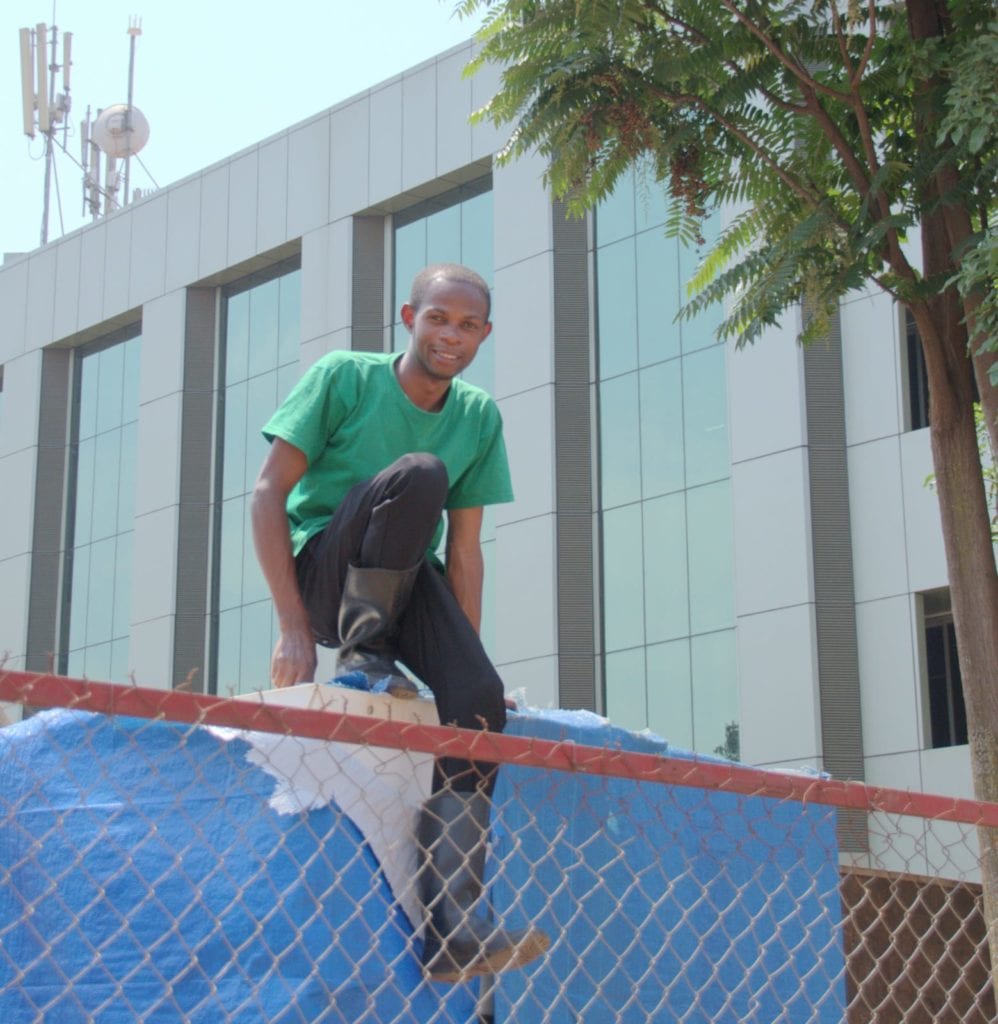 I spotted this fellow at a building site near our hotel in Kigali. He asked me to take his picture, so I obliged. I have found that often while walking with a visible camera, I have been called on to take pictures of arbitrary people. Often they will just ask to see their image in the viewfinder. I have one instance where the subject deleted the image I had taken and in some instances, we have exchanged mobile numbers so that I can send copies of the picture. However, in most cases, it is just ‘snap’ and move on…like this fellow. 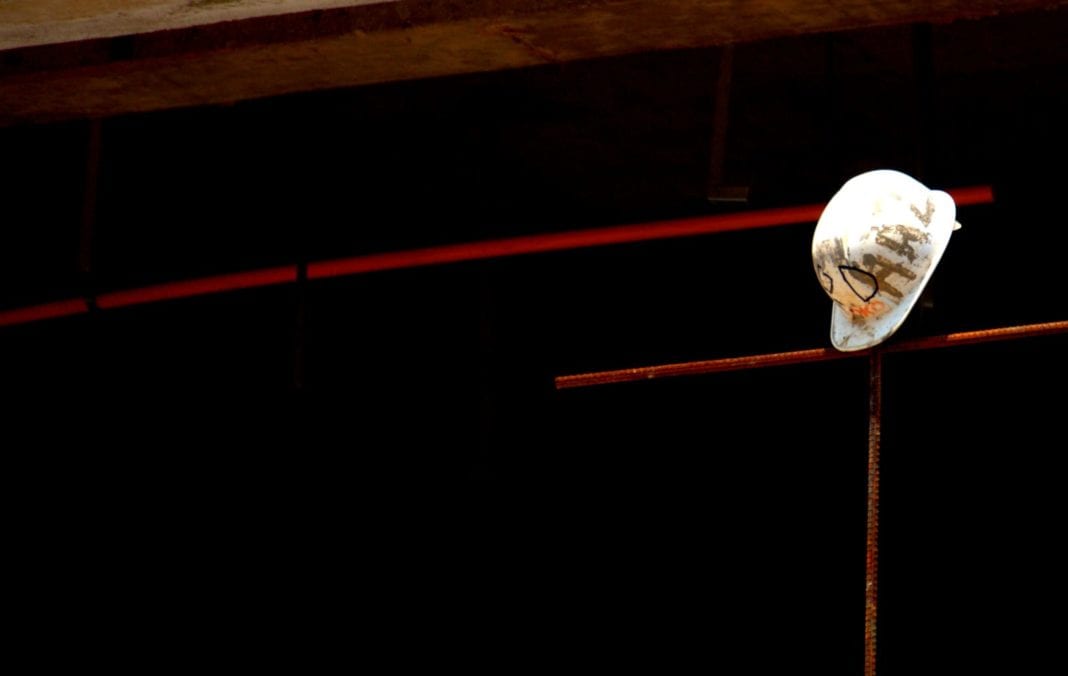 There is always a lot of construction work taking place in African cities that I have visited and Kigali was no different. This hard-hat is a testimony to those who spend their lives on rickety scaffolding and in unsafe conditions on building sites where health and safety might not necessarily be front-of-mind. 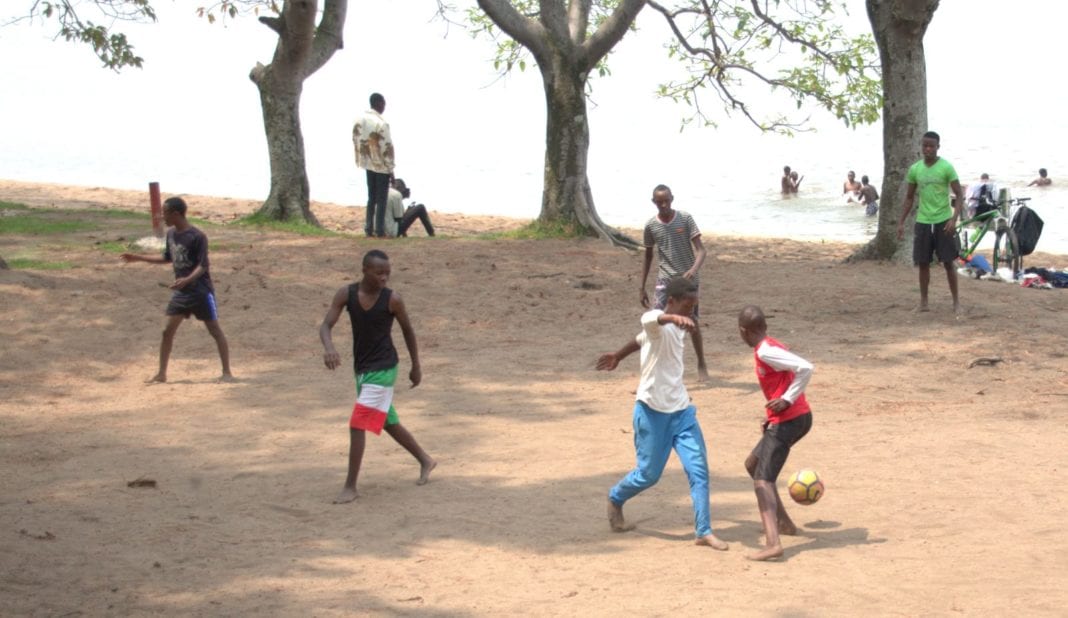 This stretch of beach on the shores of Lake Kivu can be found near the border with the Congo. No matter where you go, in almost any city in the world, there will be a group of young men and boys playing soccer. It seems to be the uniting game rather than rugby…except in India, where I only saw cricket being played by the locals in Mumbai.

My wife and I discovered this choir shooting a music video in a park during a walk from our hotel. Their joyous voices could be heard from quite a distance away. We were in Rwanda during the success of The Ndlovu Youth Choir on America’s Got Talent. As a nation, we were proud of our fellow South Africans doing so well in such a prestigious competition. As Africans, we were moved by the combined voices of these Rwandans. 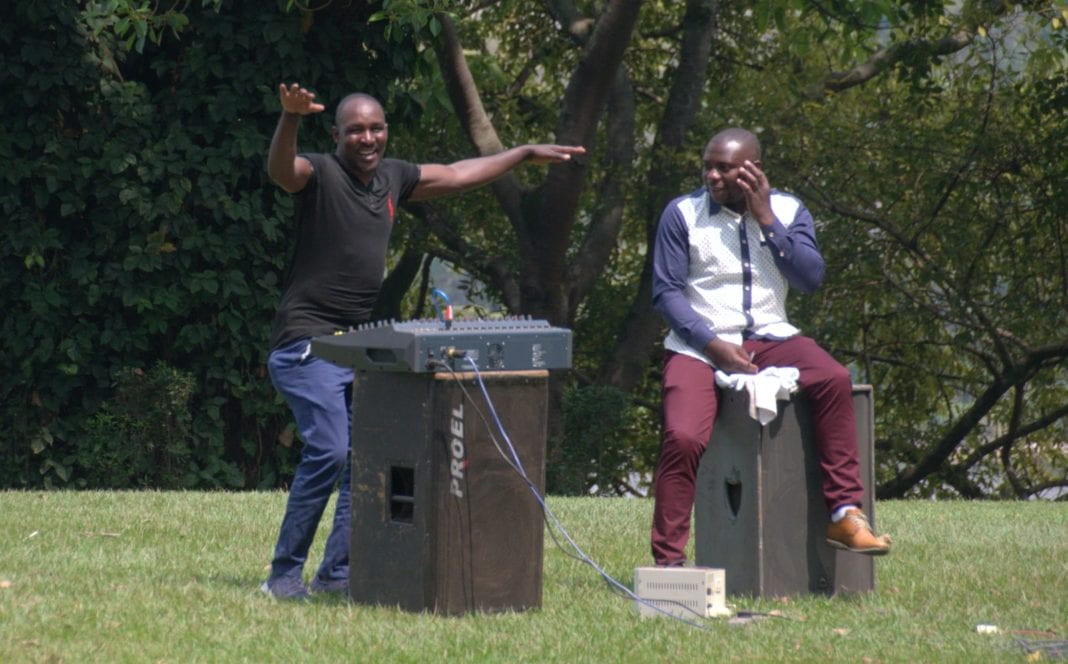 If the sound engineer is happy, then everyone is happy. This particular fellow seemed to be more animated than the entire choir. I do hope that the camera crew that was shooting the video includes him in the end product. 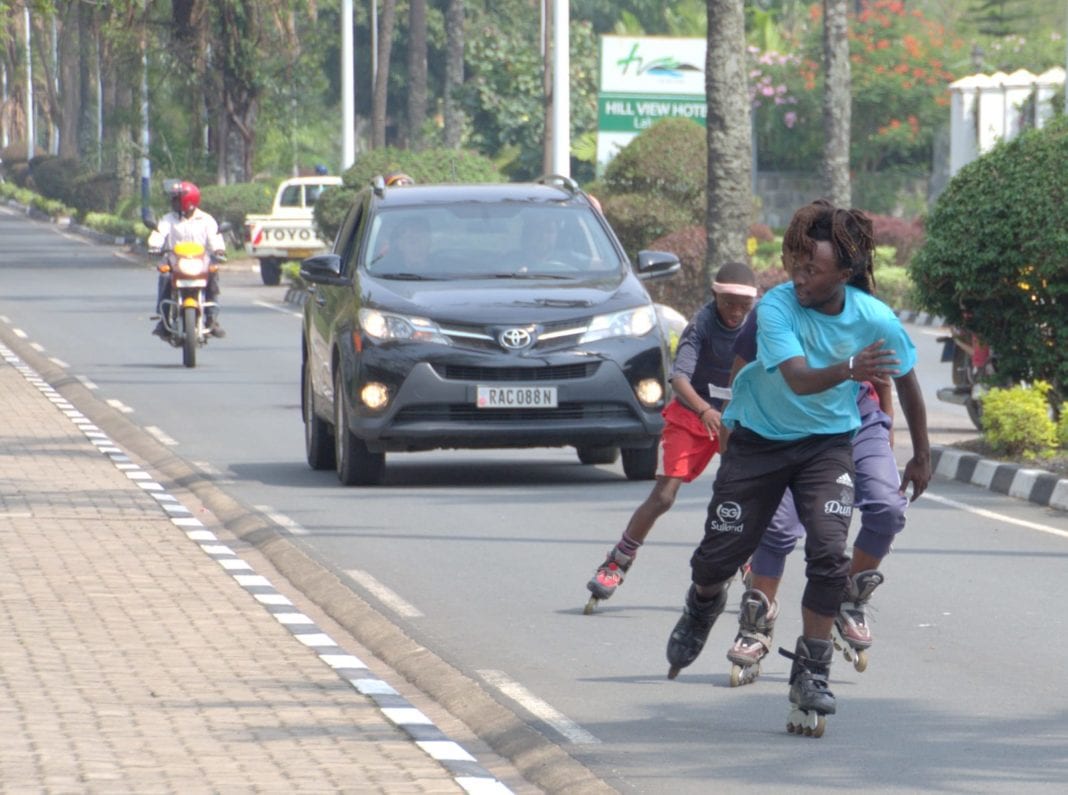 This trio of in-line skaters was using the main beach-front road for training. It was flat, smooth and pot-hole free…what more could skaters want. There was also very little vehicle traffic on a Saturday afternoon, making it a safe space to train in. 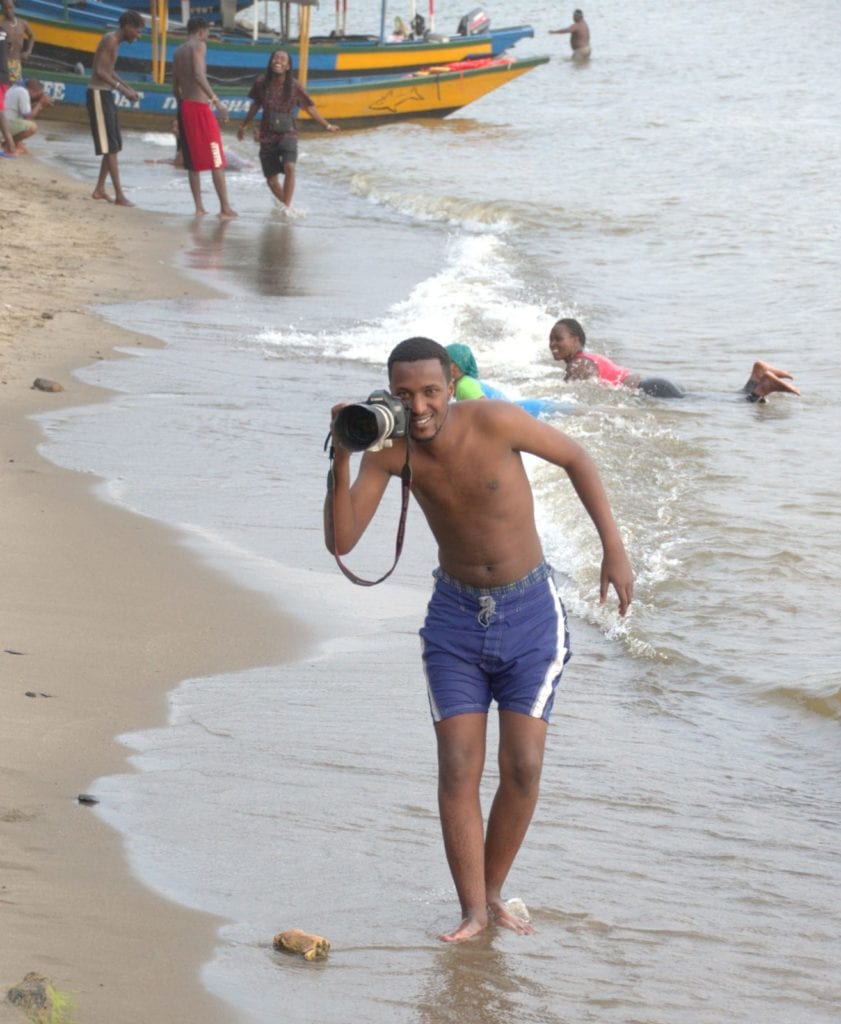 I spotted this photographer at one of the shore-side restaurants. As I was to discover, his name is Aziz and he is studying photography at a local institution. He and his friends went off in search of models (which he found) and I got to take photographs of photographers photographing…a favourite past time of mine when travelling. 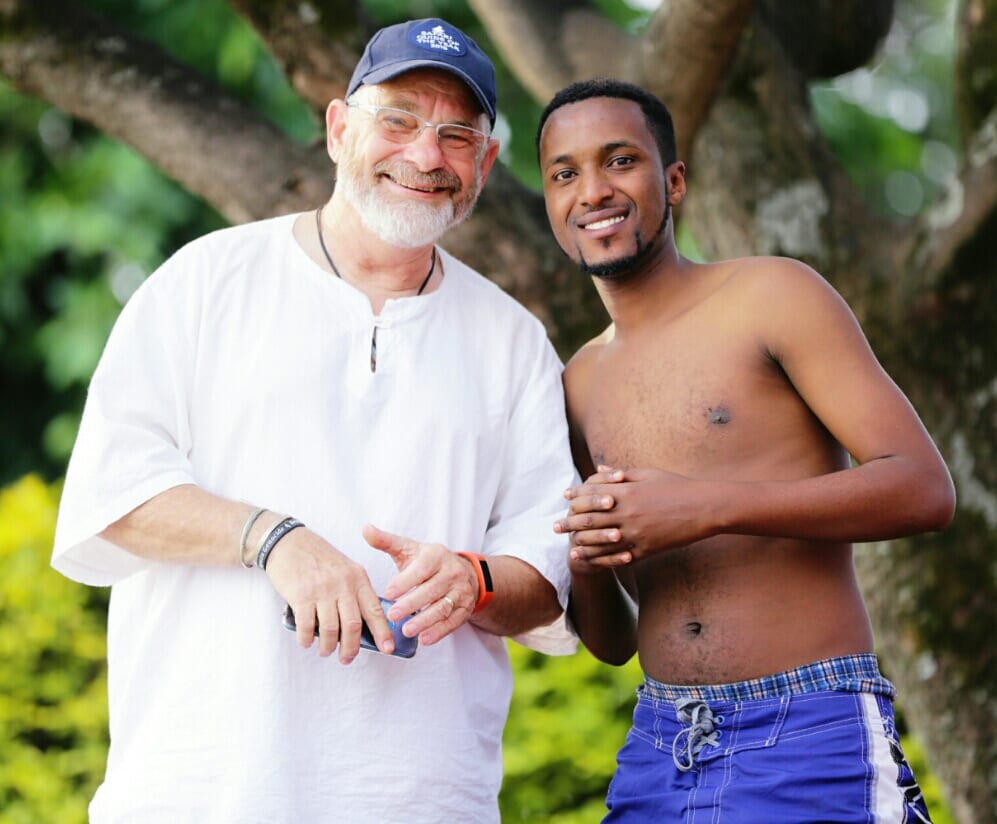 Just to prove that we DID, in fact, get to meet and chat. We have since remained in contact and who knows, perhaps one day we might meet again. 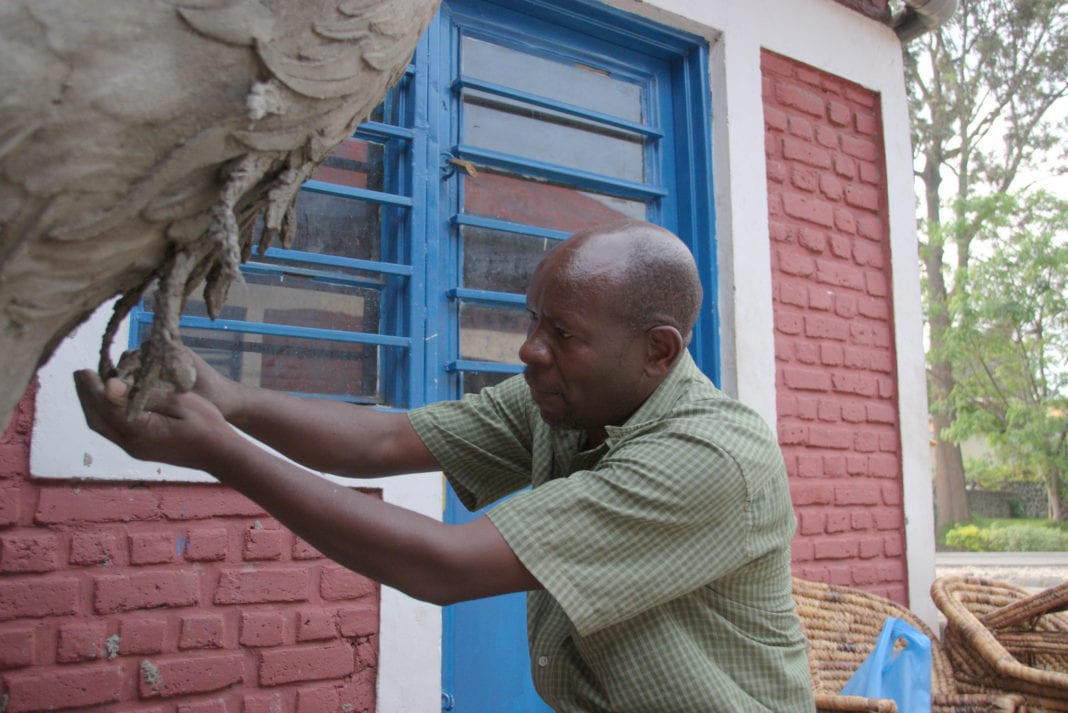 I discovered this sculptor working away at a huge statue of what was possibly an ostrich. Many of the artists that I interacted with during our stay in Rwanda were self-taught and this fellow was no exception. When looking for momentoes of our trip, we are very specific about buying local products and not anything that had been imported from an Asian source. Much like people who read food labels, both my wife and I ALWAYS look for that “Made in…” sticker before buying. 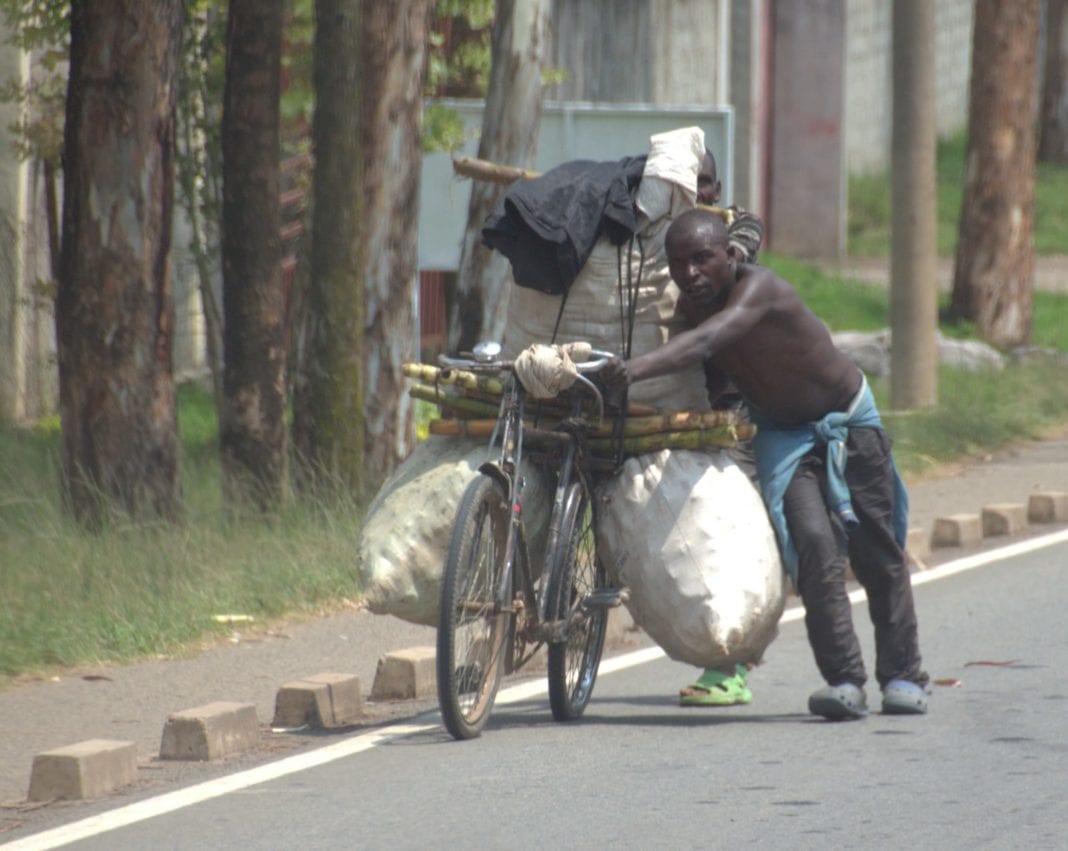 It is a 4-hour drive from Kigali to Lake Kivu. The following images were taken on the drive there and back.I have NO idea how the locals can load this much onto a bicycle and STILL push it up a hill in the hot sun. Our tour guide did say that it is not unusual to find that between 200-300kg has been hefted onto a two-wheeler. Look carefully and you might notice a second pair of shoes behind the white bag. Even though it might take two to cajole this rather precarious load, it will get to its destination…eventually. 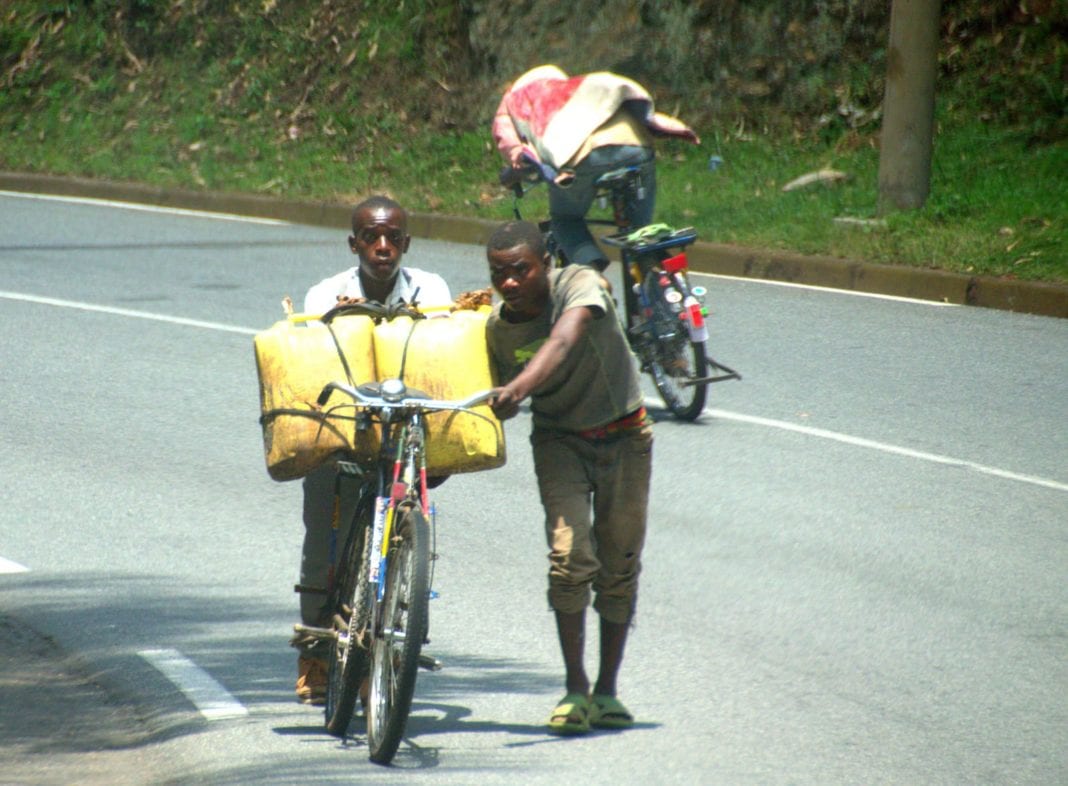 While it took two get the load up the hill, the rider in the background is flying down the road, unencumbered by any sort of produce. 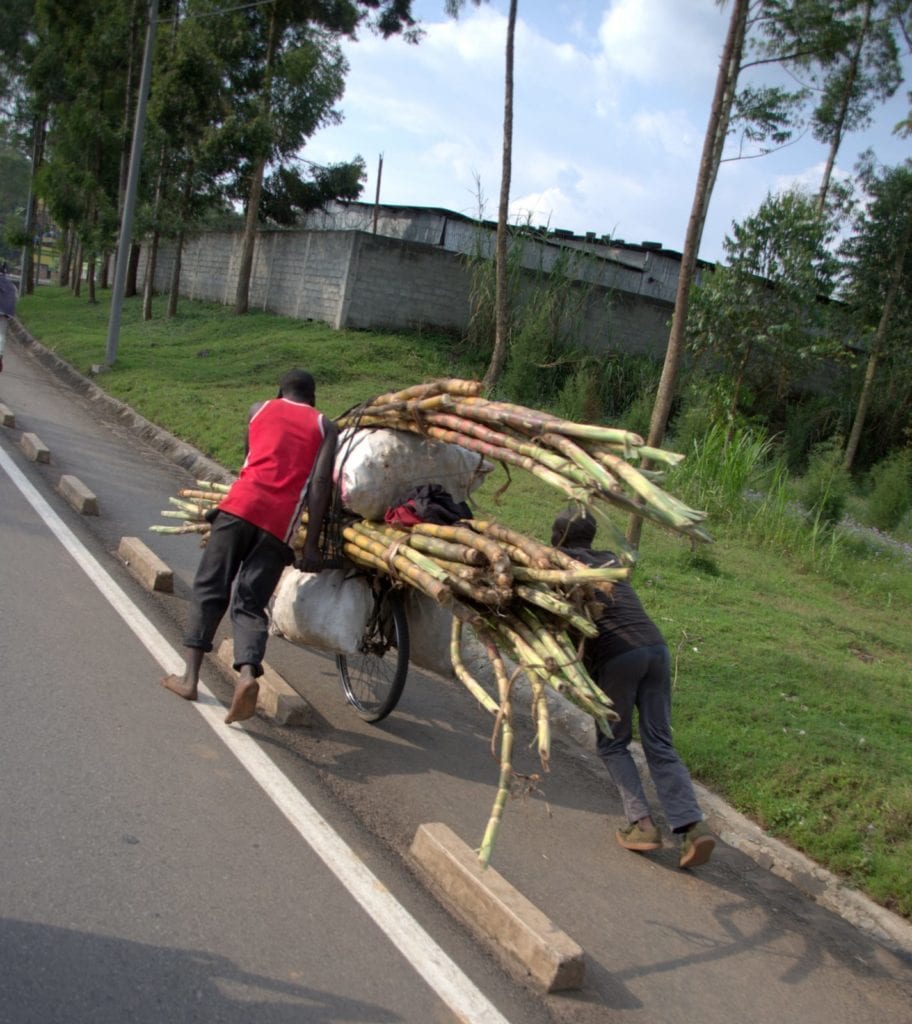 It is not just bags of food that are transported. Sugar cane is one of the staple foods and that too has to be taken to or from the local markets. Where is a small Toyota pick-up when you need one? The majority of these images were taken on the road between Kigali and Lake Kivu. It is a steep and windy road that is difficult to traverse in a vehicle and it is frequented by cars and huge trucks. These purveyors of produce had to take their lives in their own hands to get to and from their destinations. 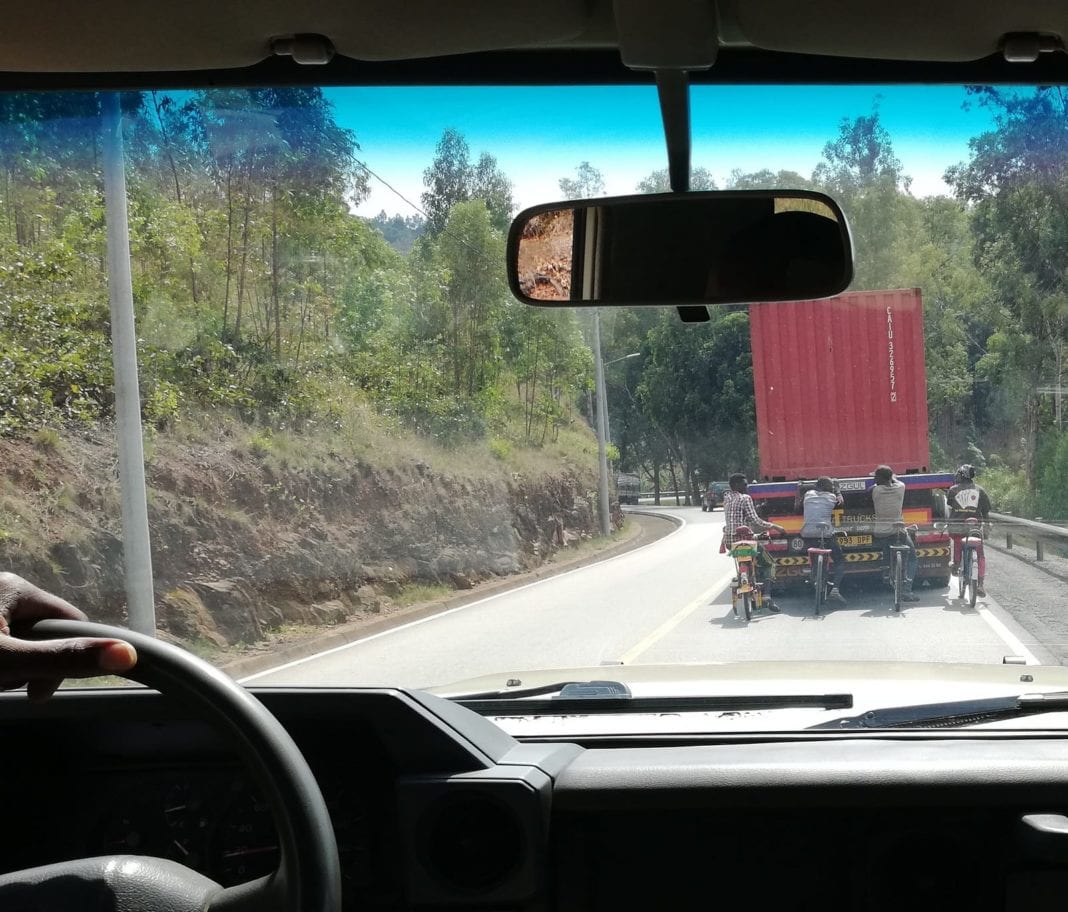 THIS is how you get up a hill! It is an everyday occurrence where cyclists will hang off the back of a truck and use it to get them up the steepest sections of the road. Although illegal and extremely dangerous, it does not seem to deter the riders. This group chatted and laughed while the driver would have been totally unaware of their presence as he would not have been able to see them in his mirrors.

To get to and from Rwanda Travel & Things used this airline.