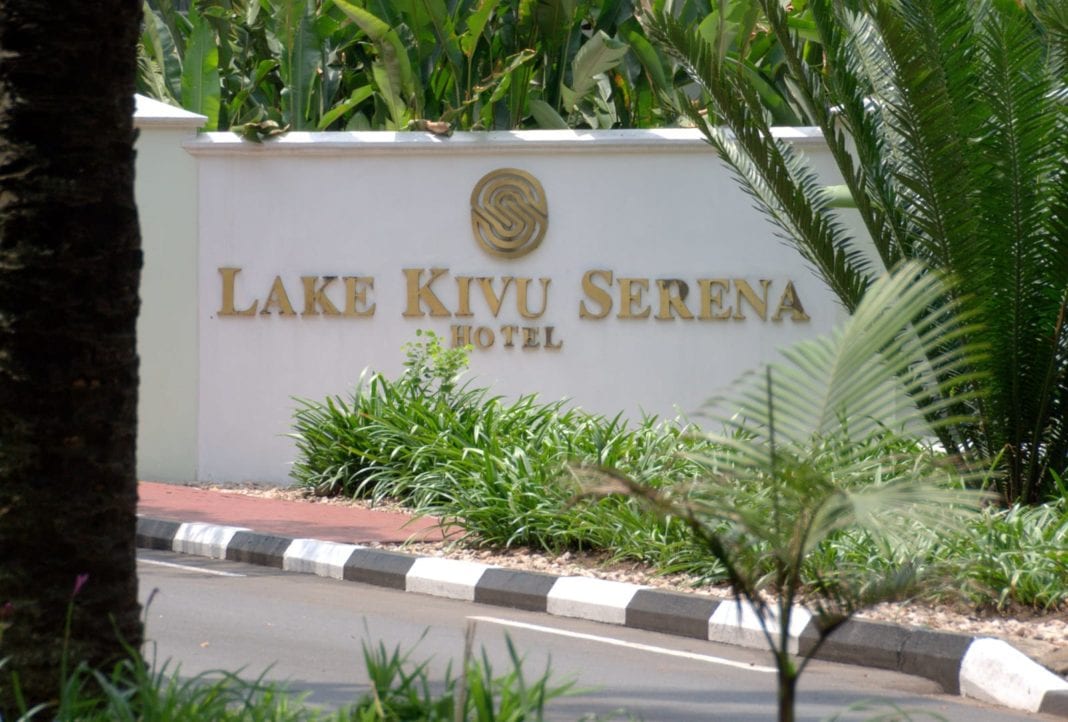 Situated on the shore of one of the largest lakes in Africa, Lake Kivu Serena Hotel offers a  holiday destination that can be enjoyed by honeymooners, single visitors, couples and families alike. It is the favourite weekend destination of locals who come from far and wide to enjoy the short stretch of sandy beach that the Lake Kivu has to offer 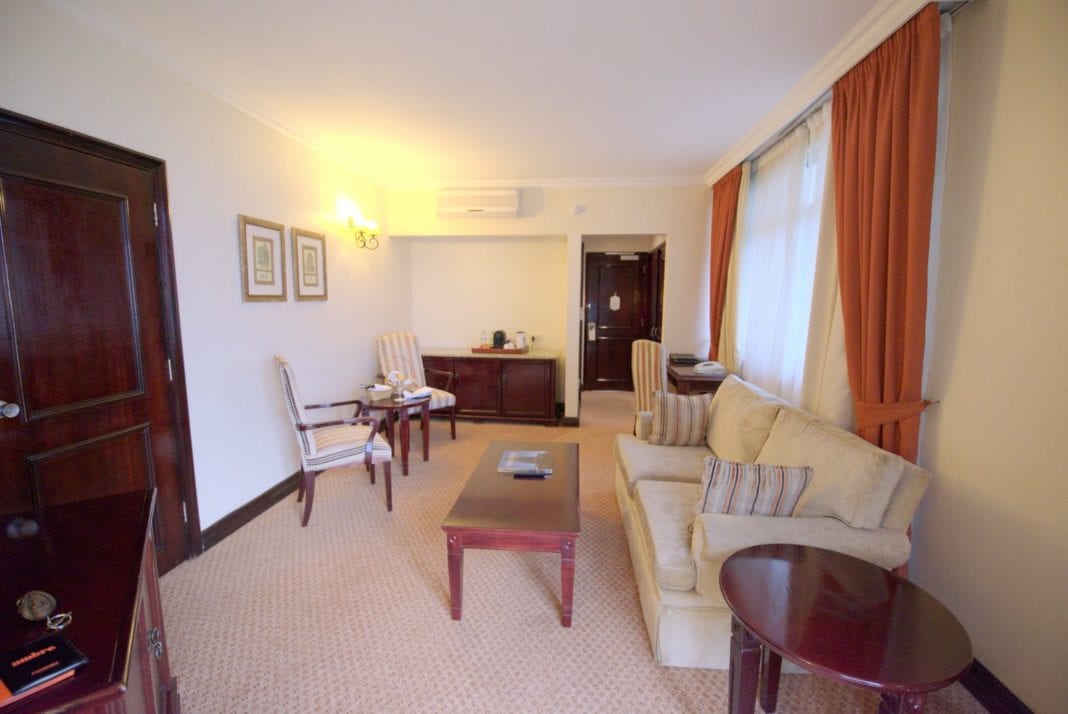 My wife and I were accommodated in this lake facing suite. Not what we were expecting when the door was opened. There is a guest toilet just to the left of the front door and PLENTY of cupboard space to the right. A full stocked tea and coffee station can be found on the top of the sideboard and inside I discovered a bar fridge, stocked with soft drinks and bottled water. 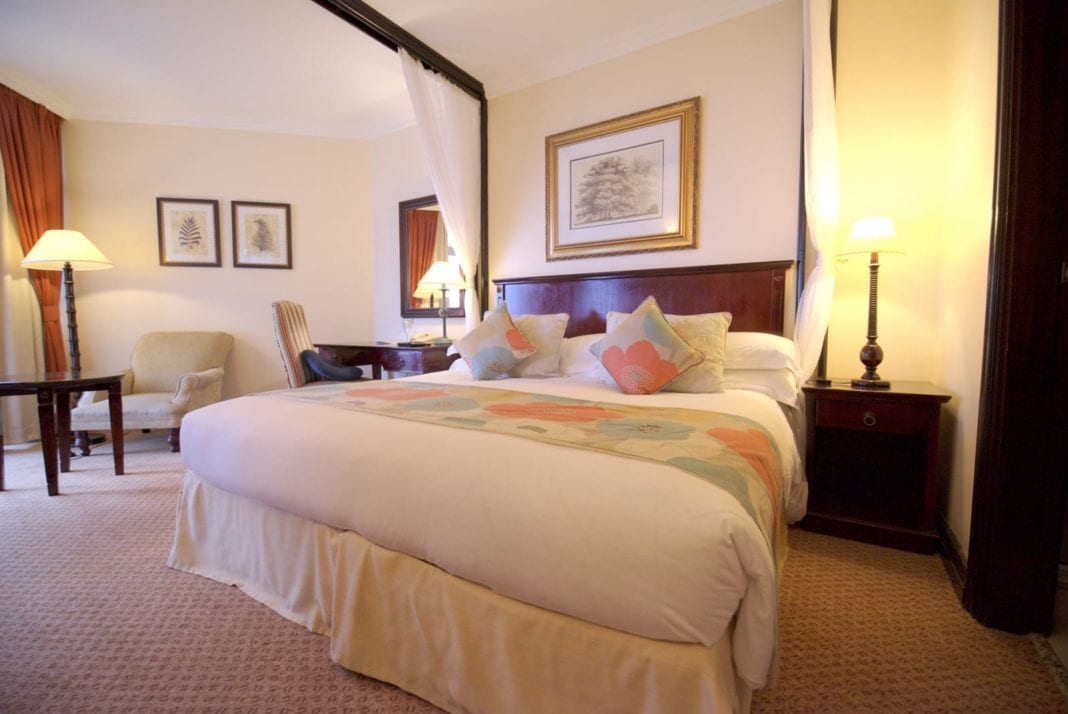 The bedroom, which had an ensuite bathroom that contained both a shower and a full-size bathtub. A second toilet can be found here, so no waiting is required! Much like in the lounge area, there are chairs to relax in and a desk to work at. The bed was most comfortable and the mozzie net certainly kept the pesky insects at bay. According to some web sites, Lake Kivu is a high malaria area, so visitors are advised to take prophylactic medication or to wear mozzie repellant at night. There are TV sets in both rooms, but the view of the lake from the sliding glass doors superseded the program choices that were available. 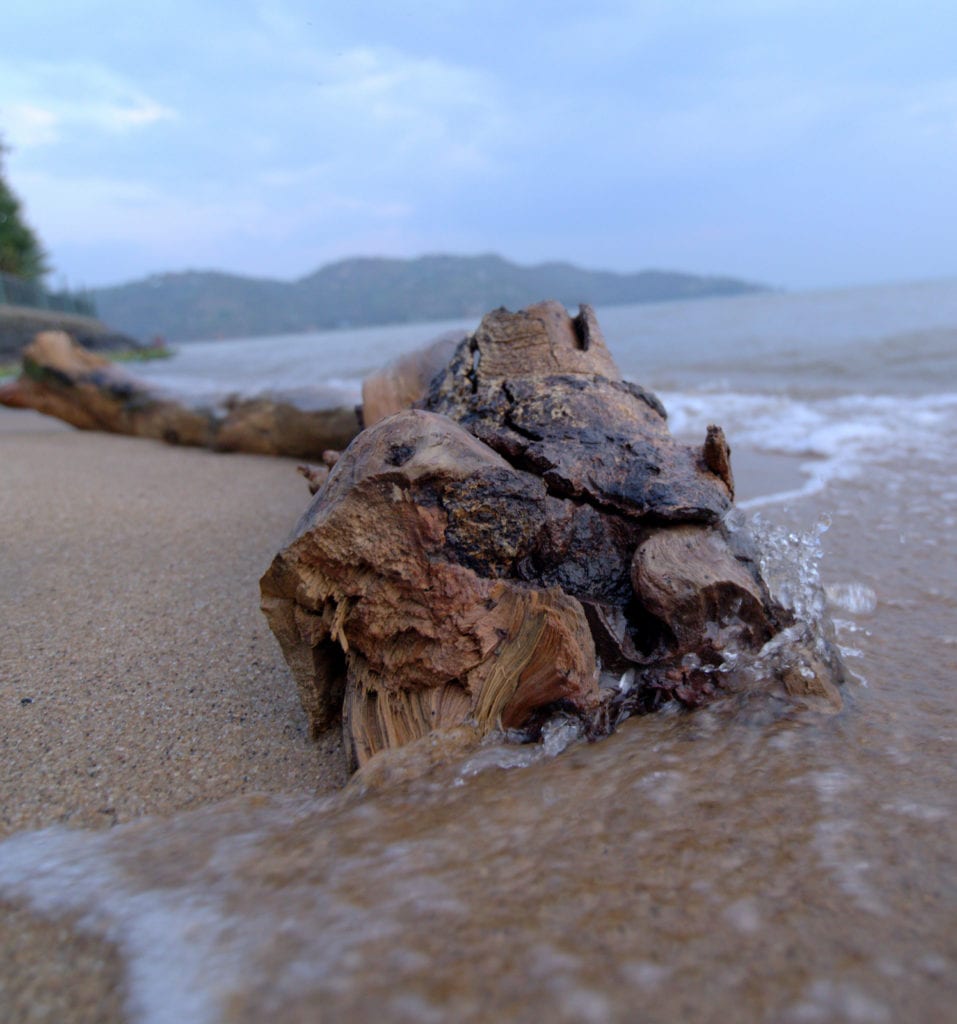 Plenty of driftwood lies along the shore-line. Lake Kivu is so vast that one can be forgiven for thinking that you are on an island holiday. That being said, all islands are surrounded by an ocean, whereas this lake is freshwater. 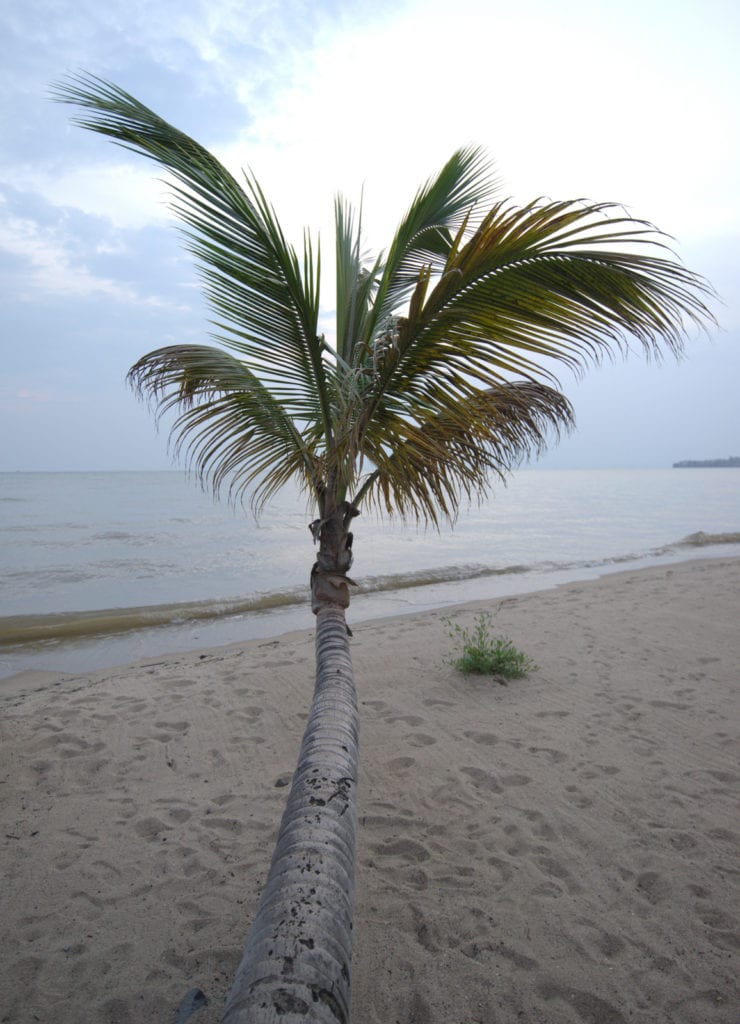 The palm trees add to the ‘island-feel’ of the property. All that was missing were leaping dolphins or breaching whales. Neither of which can be found here. Neither are there any sharks or rip-currents, so swimming here is safe. 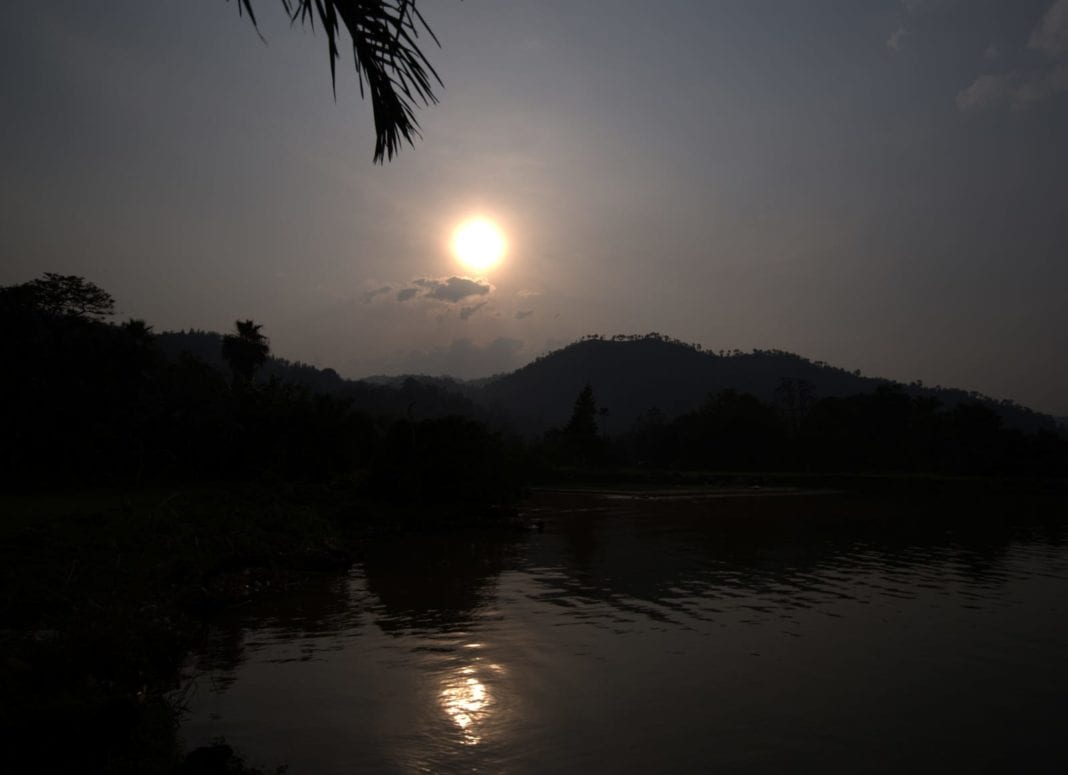 There was a haze over the lake in the early morning, making this scene almost appear to be a sunset. As is my usual ritual when at any travel destination, I like to be up early enough to capture a sunrise. 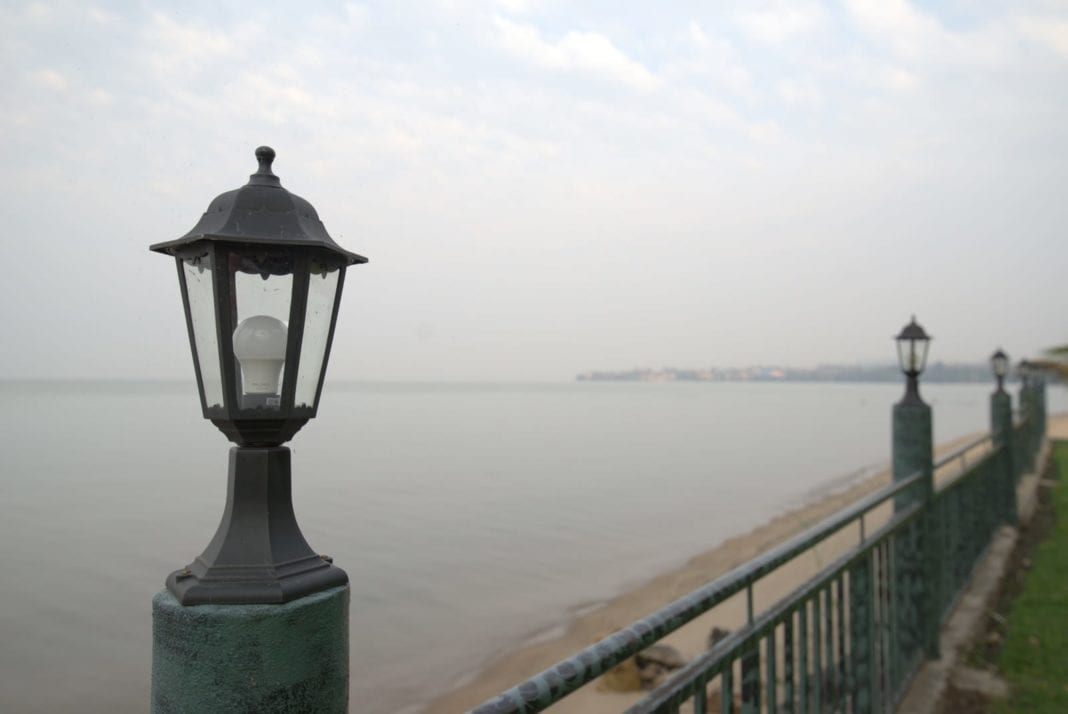 Looking from one country into another. From the gardens of the hotel, you can look across the lake towards the DRC(Democratic Republic of Congo). The border post is about 1km from the hotel, so you can return home to brag that you walked from Rwanda to the Congo! 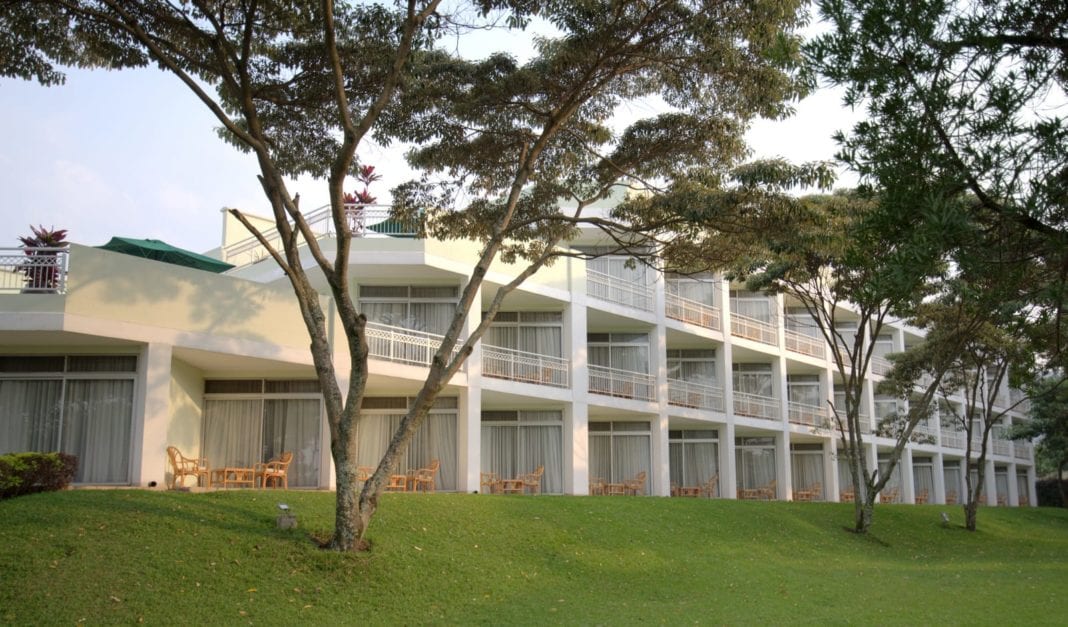 The early morning sun finally burns off the haze and it lights the eastern part of the hotel. From the well-manicured lawn, the building could almost be part of a cruise liner. 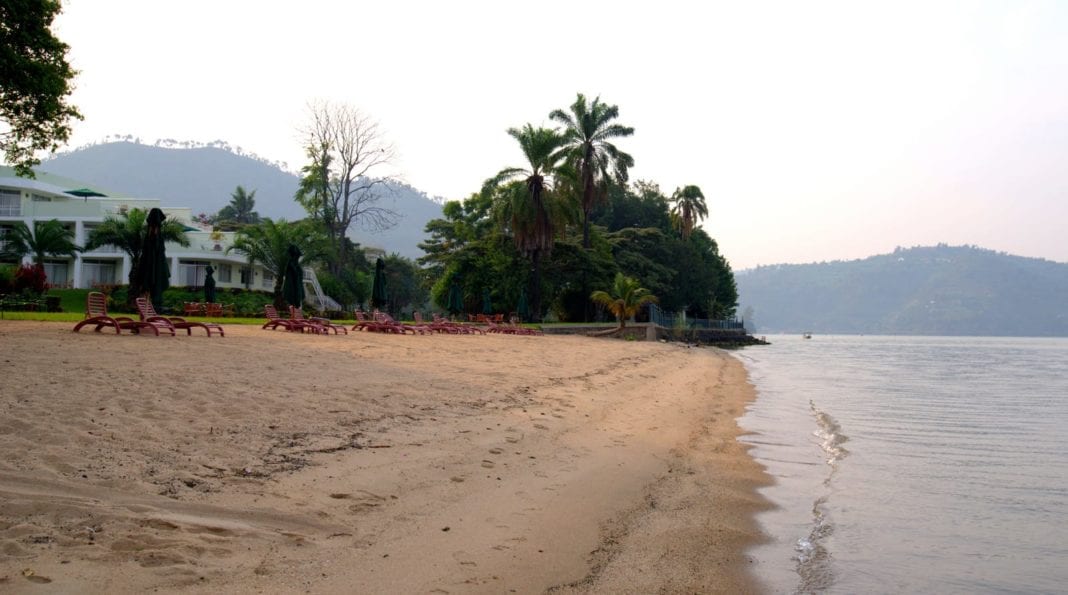 Looking back across the beach towards the building that housed our accommodation. In the early morning light, the lake was calm even though there were small waves lapping along the shore. A portent of things to come when the wind picked up later in the afternoon. I was up before the umbrellas and beach loungers had been set up…or the beach swept. (very much and island holiday resort ‘thing’) 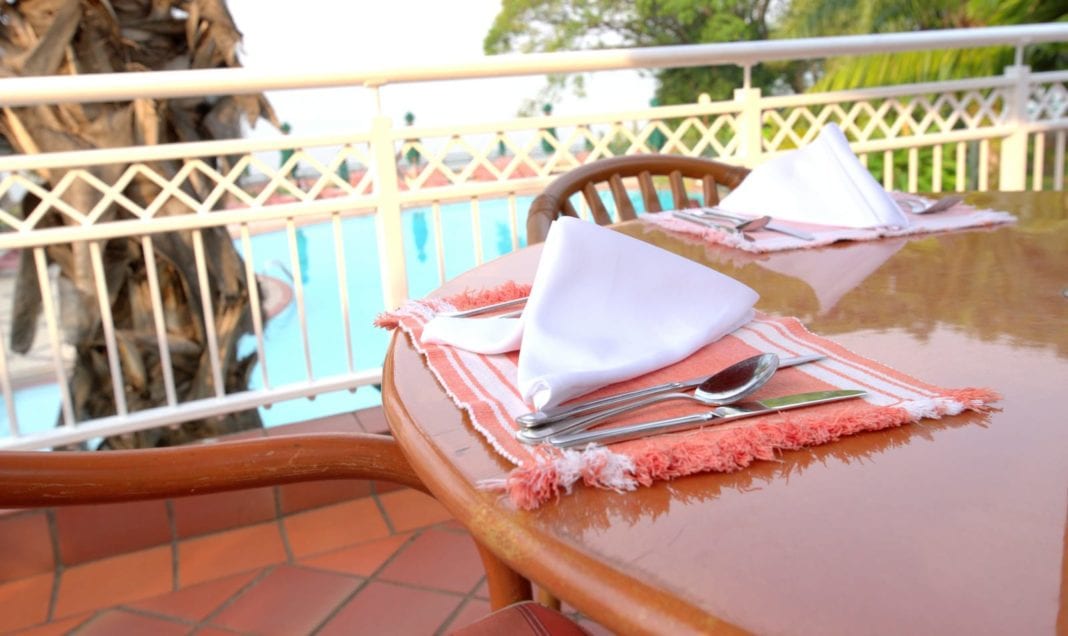 Breakfast is included in the room rate. The dining area, situated up a short flight of stairs near the main lobby, overlooks the pool and has inside and outside seating available for guests to choose from. On a clear day, diners can literally see forever. 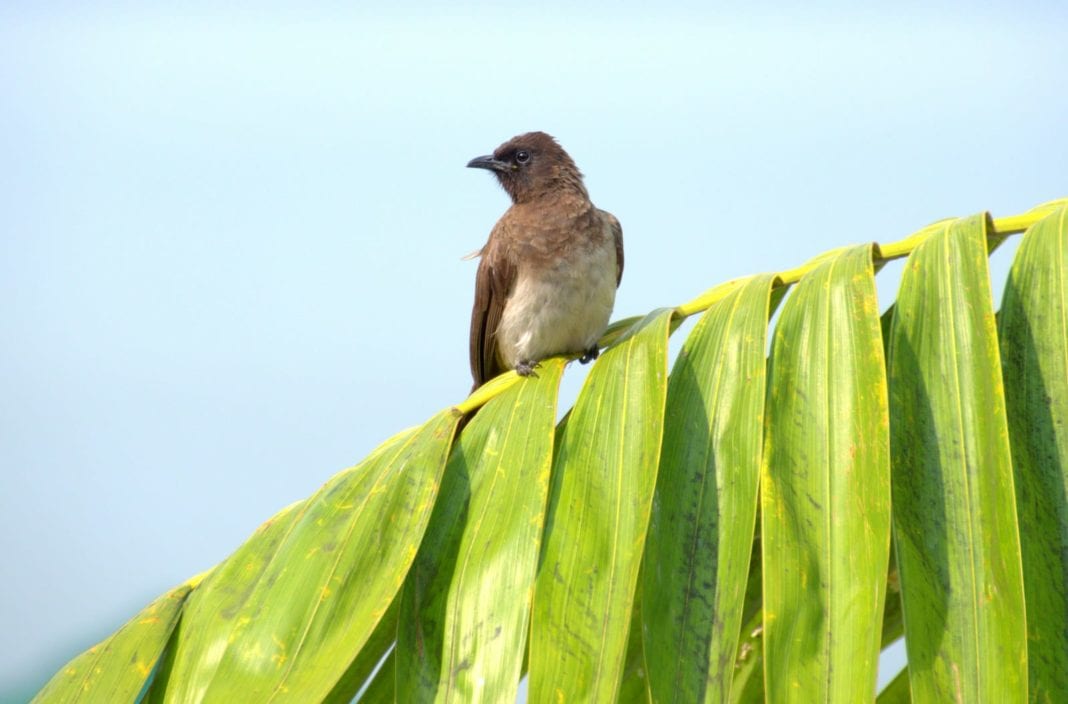 The property is a haven for birds and by extension, those, like me, who enjoy watching them. The staff do feed the regulars in a corner of the balcony where the breakfast room is, which seems to keep them from stealing the food off the guest’s plates. Although there are birds here that cannot be found elsewhere in Africa, there are many species that are similar to those that can be found in South Africa. 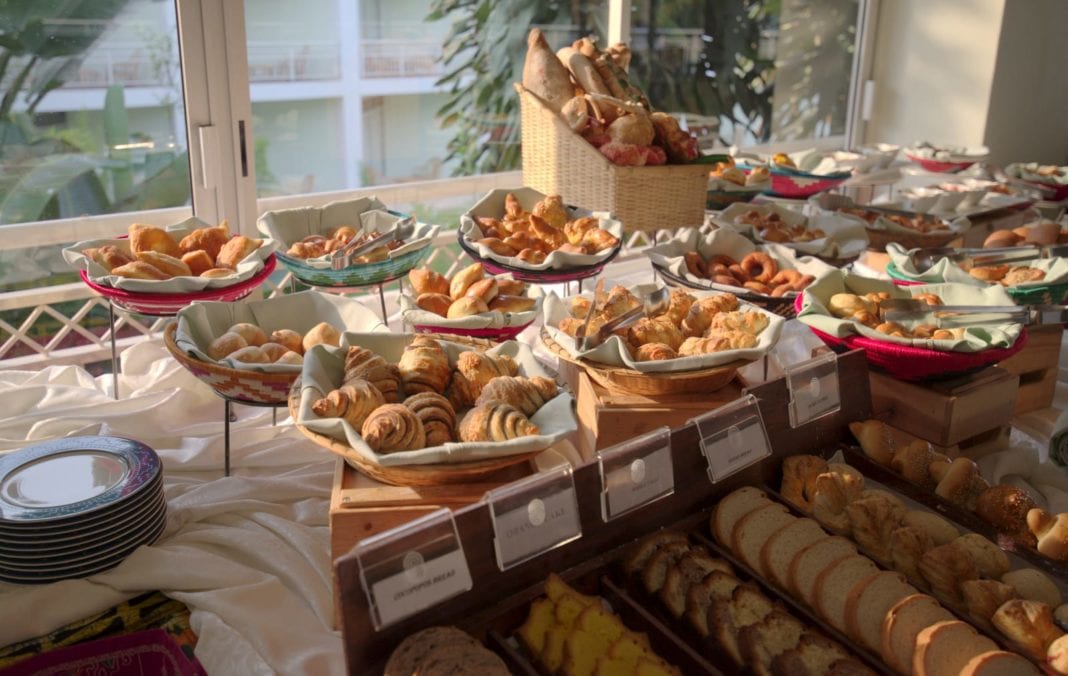 If you enjoy CARBS, then THIS is where you want to have breakfast! Carb heaven with so many varieties on offer that choice is almost impossible! There is a hot breakfast available as well as fruit and cereal. 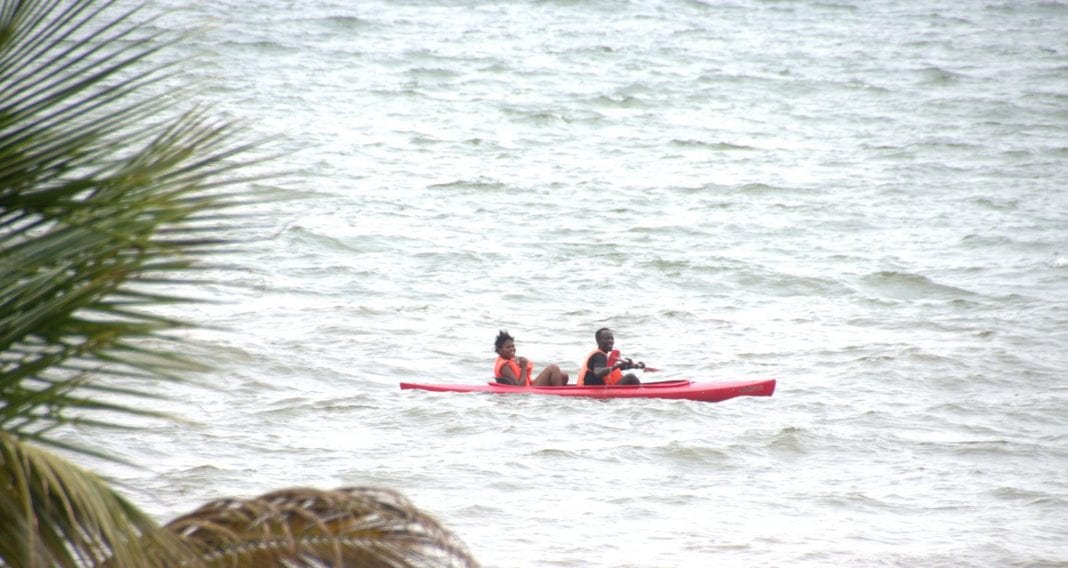 Feel like some post-breakfast exercise? You have several options, a kayak ride out on the lake being one of those. The wind had picked up by this time, and getting back to shore took a little longer than this couple thought it would. They did make it back safely, if somewhat tired. 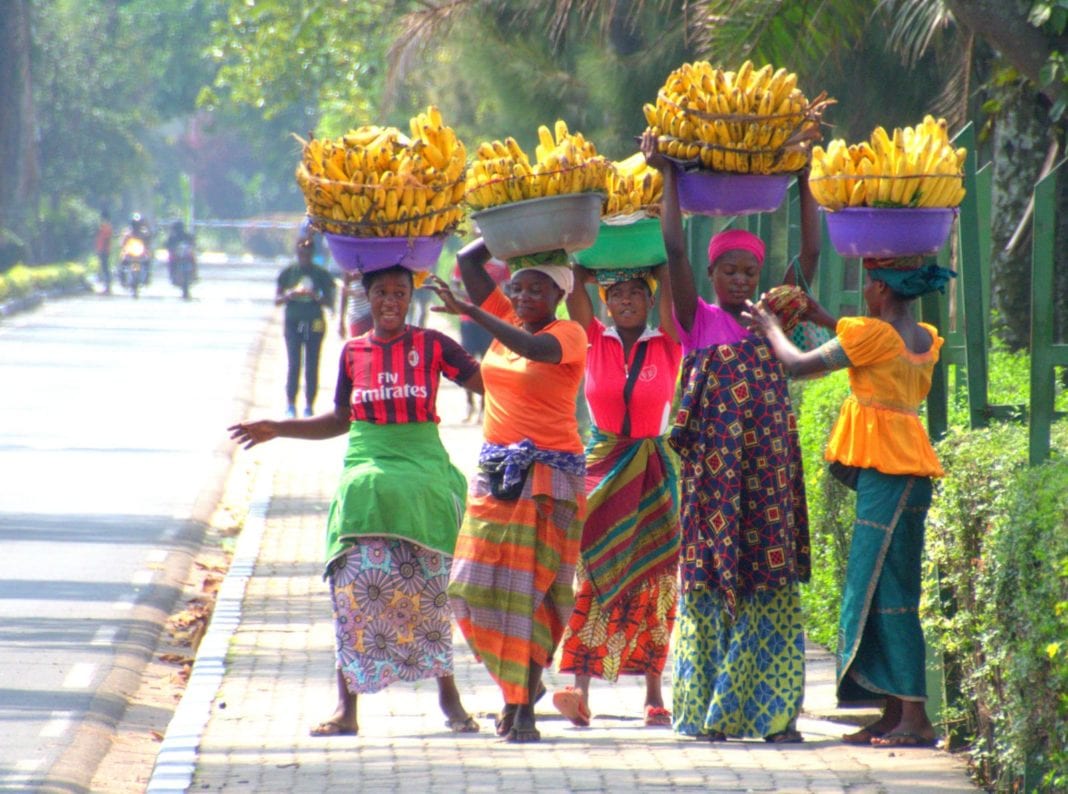 Time to burn off the breakfast carbs by taking a walk to the shops that are situated just outside of the hotel grounds. We came across this group of banana-sellers walking along chatting to each other. Just some of the activity that we discovered while walking for about 1km in the wrong direction! Luckily we realized the error and headed back to the hotel. The shops would be visited on another occasion. (There are several curio shops as well as two supermarkets less than 200m from the main gate of the hotel!) 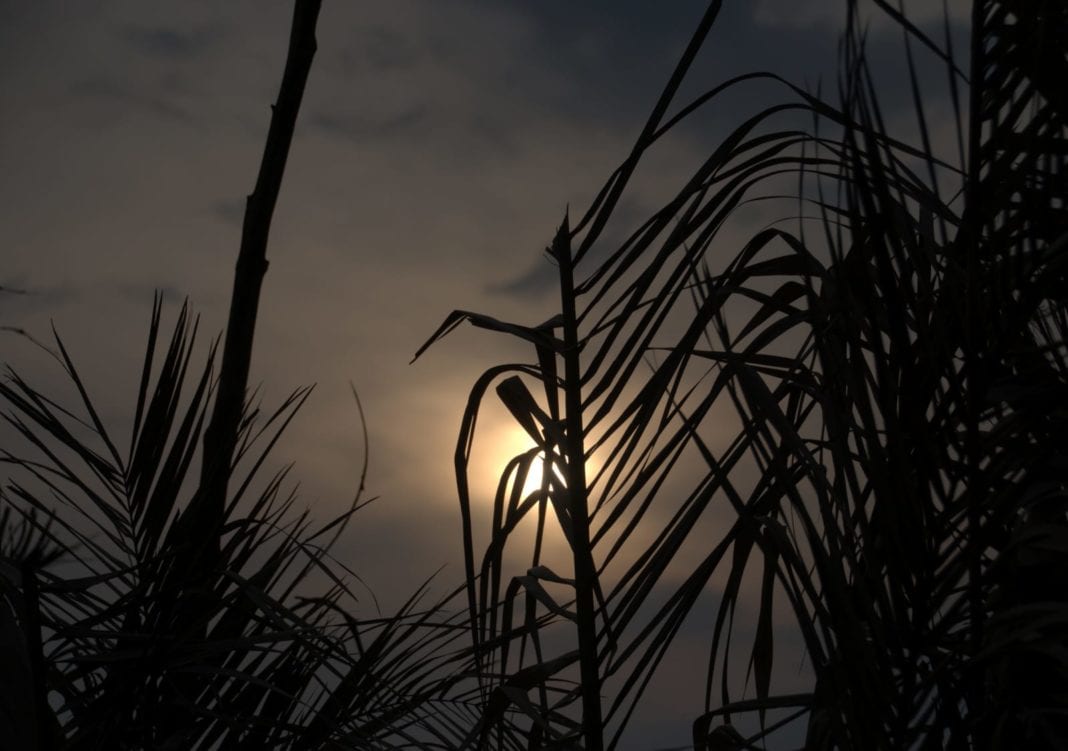 Once again, hidden by cloud cover as well as some foliage, the sun sets over the western horizon. 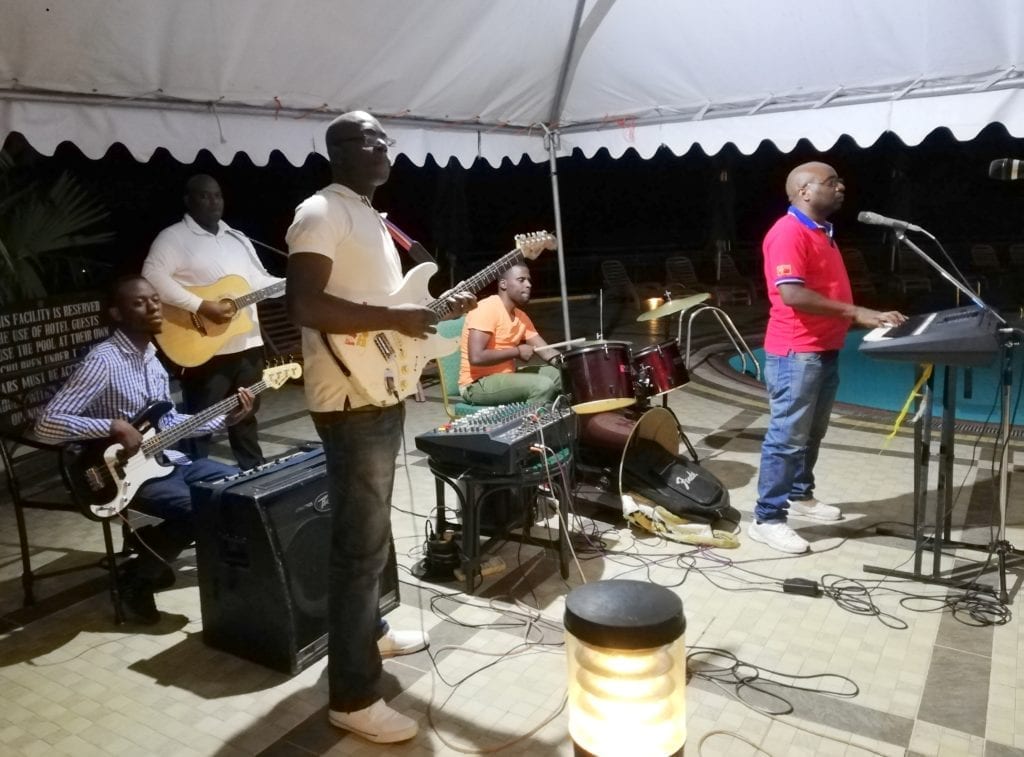 We ended off our final evening with a delicious belated anniversary dinner while listening to this group, IJABO, serenading the diners…very laid back, non-intrusive music that set toes tapping and hands drumming on tabletops. I posted some of their set on my YouTube channel: https://www.youtube.com/channel/UC388F-0Eg2f8DQmd9hmMXzA 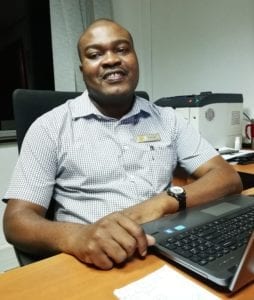 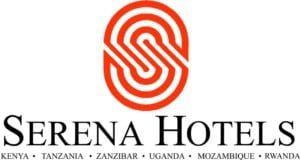 This was a return visit to the Lake Kivu Serena Hotel and I was not disappointed. The property is just as wonderful as I remember it, although I was told that a refurb is on the cards for 2020. If you are in Rwanda, then the 3.5 hour trip from Kigali is well worth the drive. Listen to what the General Manager, Duncan Lewa had to say about the hotel and its amenities: 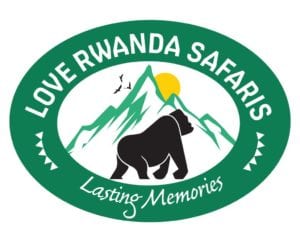 In order to get to and from Lake Kivu in comfort, Travel and Things utilized the services of Martin Muyenzi and his tour company.

Travel and Things flew to Rwanda on RwandAir. The airline flies to a variety of African as well as international destinations and the routes can be found on their website.

A Completely Unique Safari at Machaba Camp with the Leopard...

From Dubai to Durban…

A virtual safari. Enjoy a day out while staying in.

Always be learning. I participate in a photographic workshop with Roger...

The full team and route…Kilimanjaro Challenge 2014

My perspective on Rwanda.