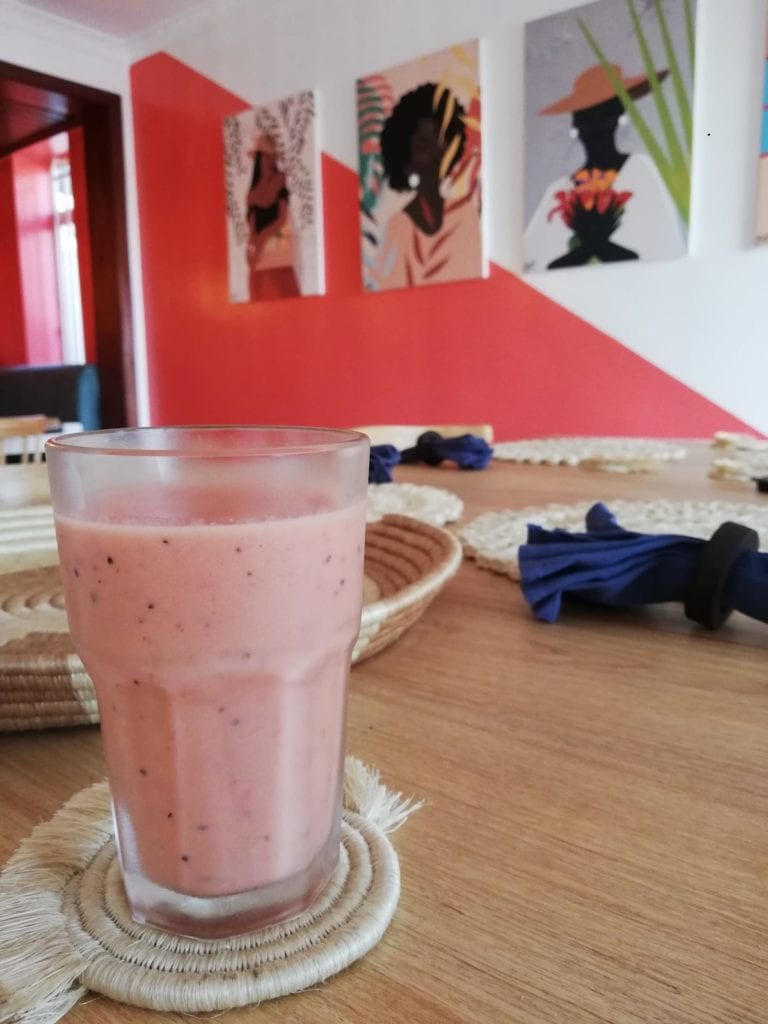 The guest house that we stayed at served a smoothie every morning just before breakfast was presented. And not a tiny shot glass but a ‘proper’ full-size glass of deliciousness. It was the best way to start off the day and it was served combined with a HUGE smile from the on-duty staff. 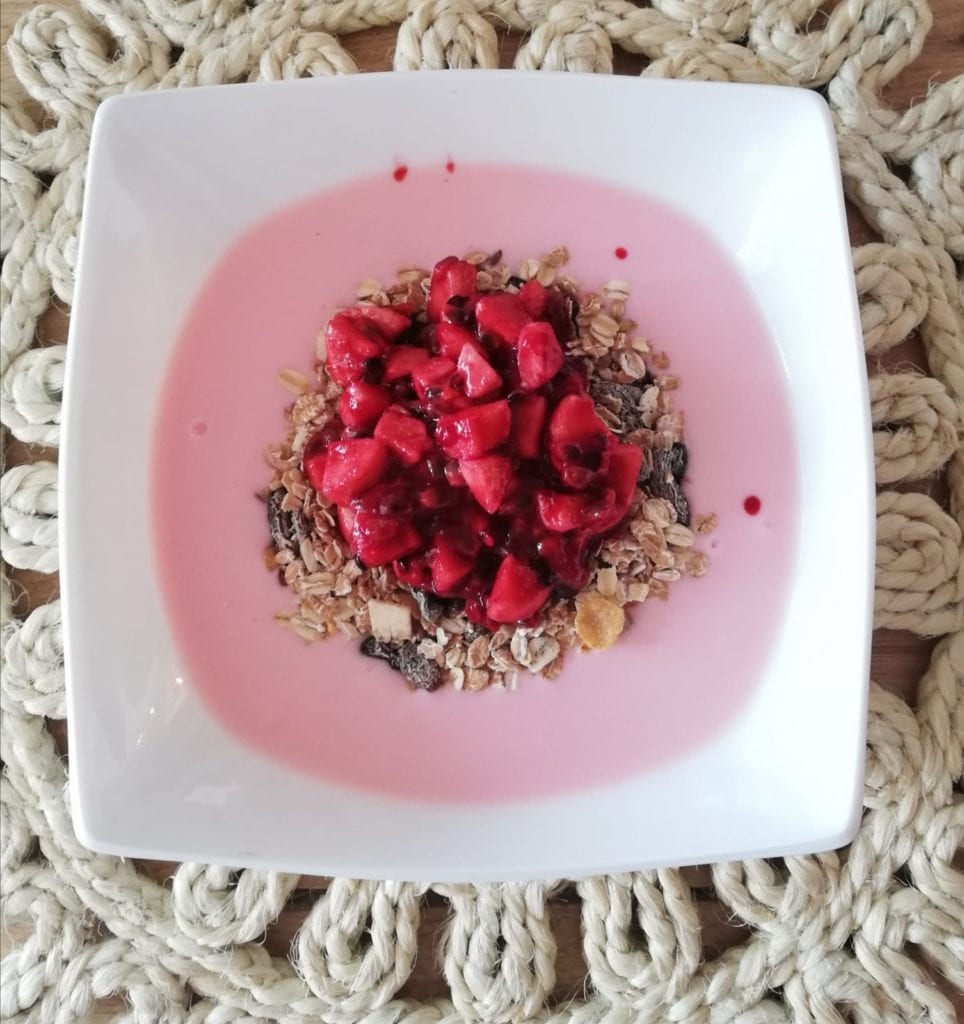 This dish was so beautifully presented that I told the manager that it should be framed and hung on the wall of the guest house dining room. A choice of yoghurt served with muesli and fresh fruit. 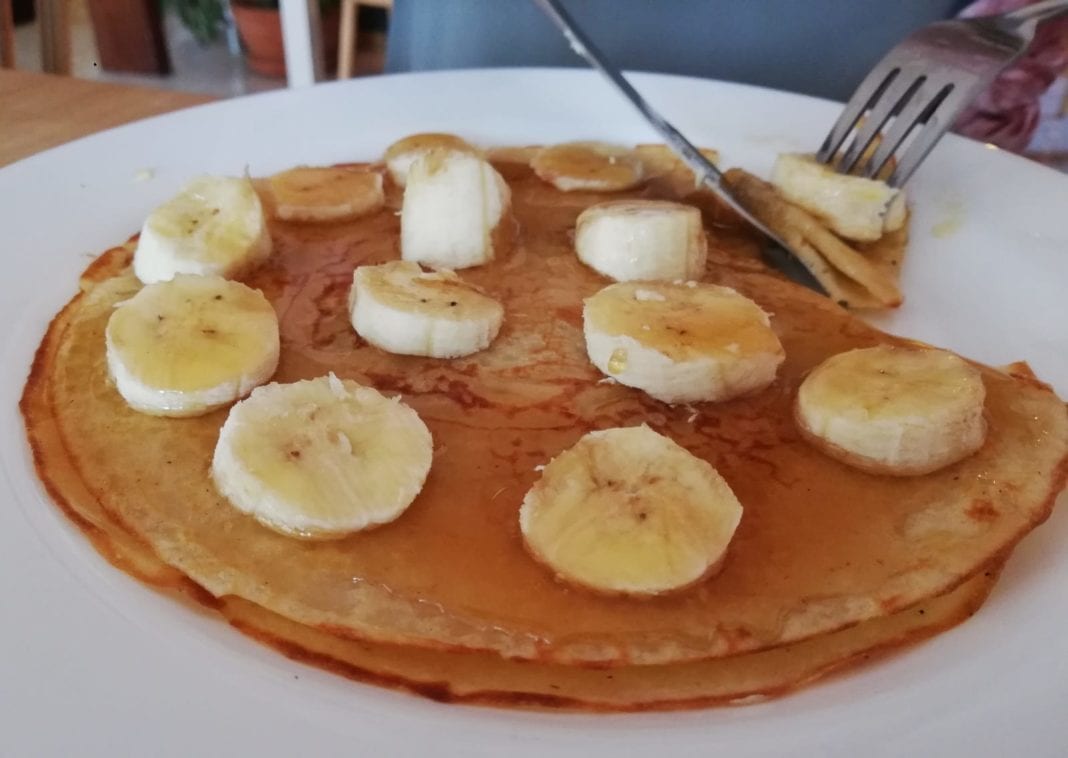 Another breakfast offering at the same guest house…pancakes with honey and fruit. Unlike most other pancakes that I have eaten, these reminded me of the oversized crumpets that my daughter had made me when she was very young. They were certainly filling, but my wife and I had decided that one plate of these was more than sufficient during our 4-day stay. 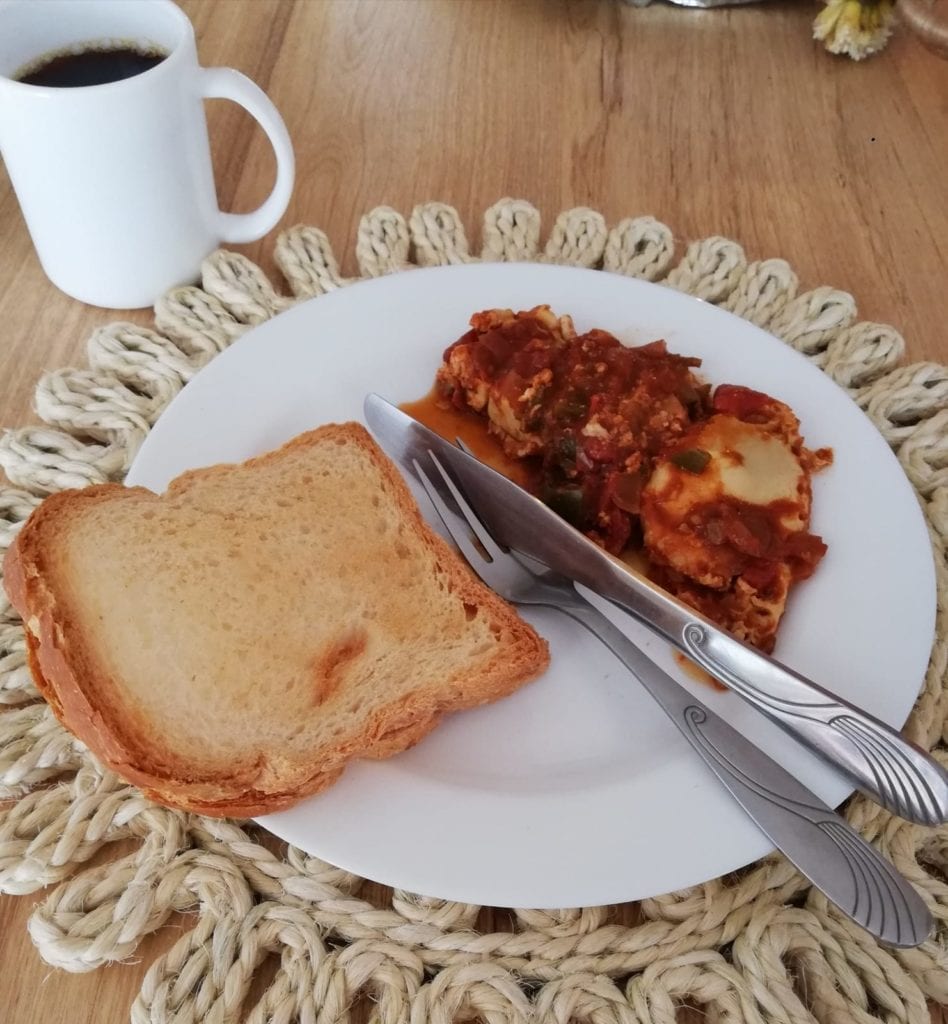 This is Shakshuka, a traditional Middle Eastern dish that comprises eggs in a (not too) spicy sauce. I only tried this on one occasion as I found that the eggs were almost hard-boiled and the sauce was a tad too tangy for my tastebuds. The toast was more like Melba variety as the bread was very crisp and crumbly. I did not even try to put butter on it for fear that it would shatter. 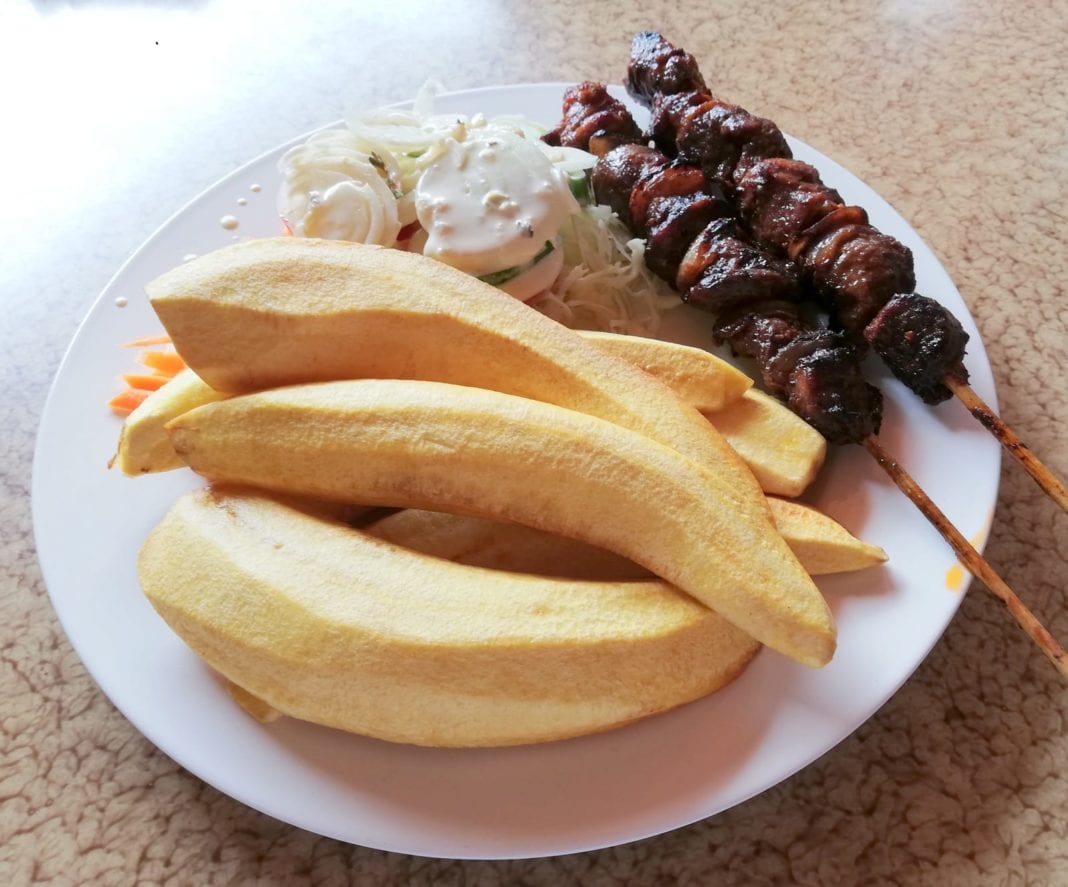 I had lunch with our tour guide at a local restaurant, while my wife attended her conference. Brochettes are considered to be the national dish of Rwanda. The smell of this cooking over the fire is divine. No wonder they are such a beloved street food, they are hard to resist. Although Goat is the number one meat of choice, they can also be made of beef, chicken or fish. 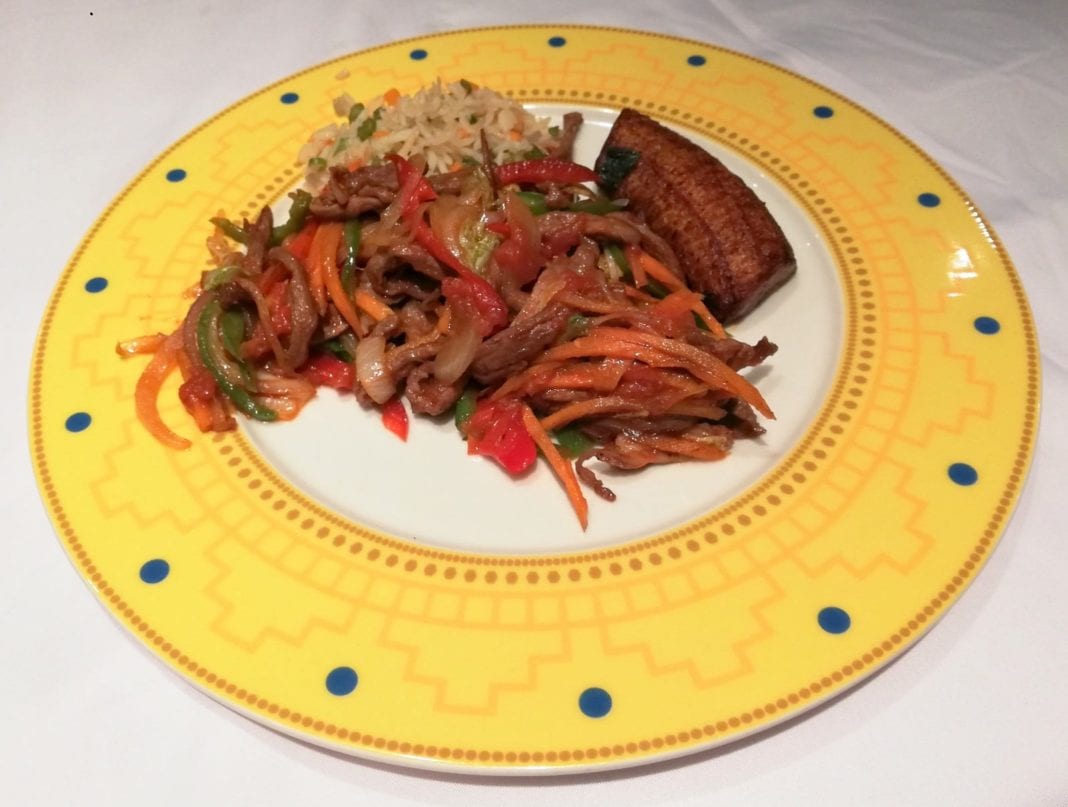 Again, not a dish I was expecting. The hotel that we were staying at were having a Mongolian Barbeque evening and stirfry was one of the offerings. Guests were offered a choice of seafood or the usual beef or chicken. After explaining my passion for goat meat, the chef presented me with this special treat…goat meat stir fry. It was superb. 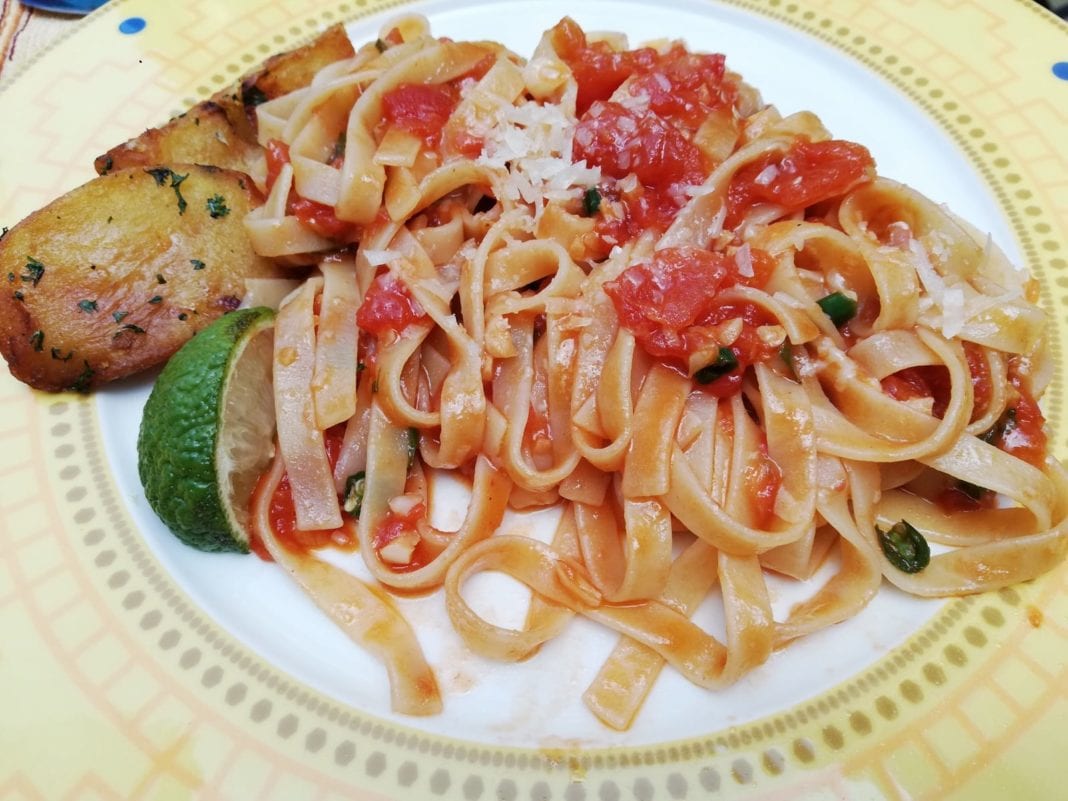 For one lunch, my wife decided on a build-your-own pasta dish. The pasta was cooked in individual portions and presented to the waiting diners to be dressed in sauces of their own choosing. 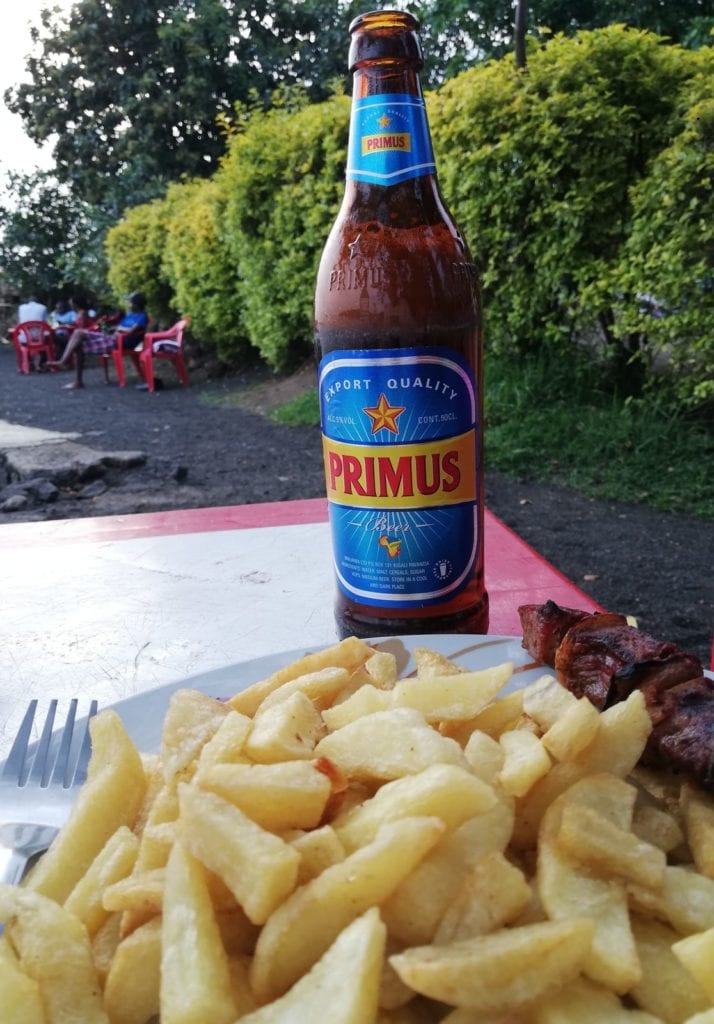 Did I mention my passion for goat meat? I think that I did…On a walk from our hotel at Lake Kivu, we stopped off at what could be described as an open-air restaurant/bar on the beach. It looked like we were the only non-locals, so we decided to join in and try both the local beer, Primus, and the Brochettes that I have mentioned earlier in this posting. No salad, but a MOUND of french fries were served with them. At less than R50.00, it was more than enough for the two of us. BTW, be aware that the beer comes in LARGE bottles…as my wife discovered.

Fun Fact #45: There are advertizing signs for Primus Beer all over Rwanda, leading visitors to believe that it is a local beer. In fact, it is an import from Congo, DRC. My wife seemed to enjoy it, but in general, the consensus on this beer is not good. Most of the on-line reviews complain that the taste has notes of cardboard and chemicals. But, buy one and make your own decision. 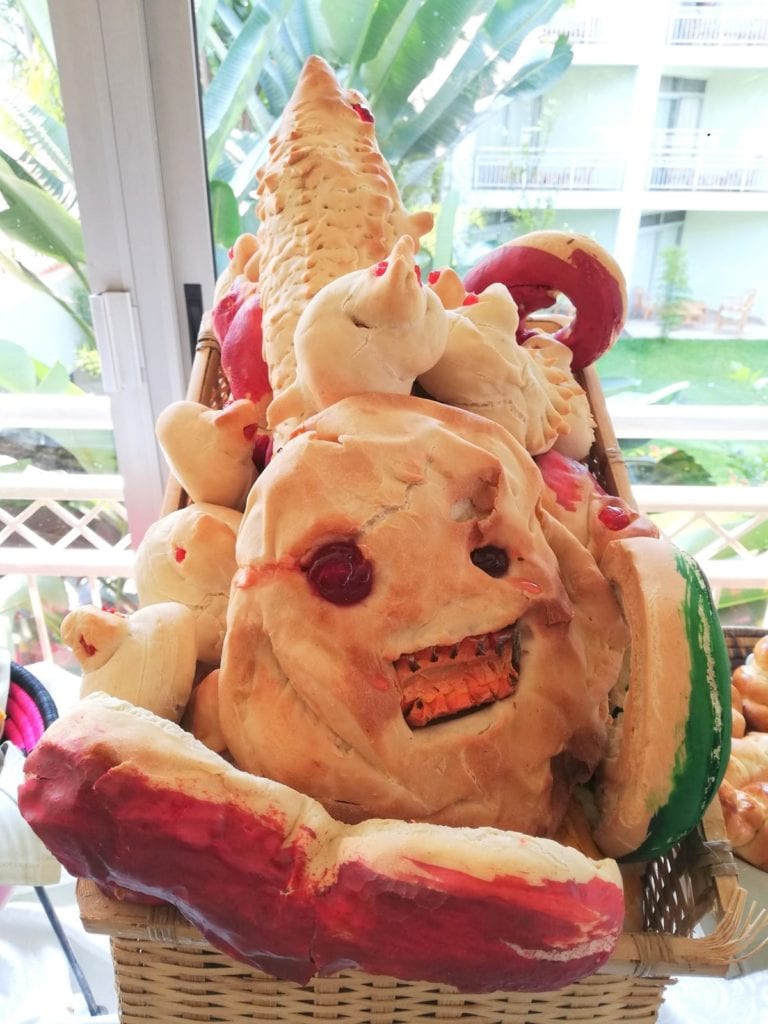 Scary carbs? Or a pre-Halloween special bread exhibit? Either way, it was a testament to the skills of the bakers in the hotel we stayed at on the shores of Lake Kivu. Seeing that there were two full tables of baked goodies in front of this, I think that it was for display purposes only. 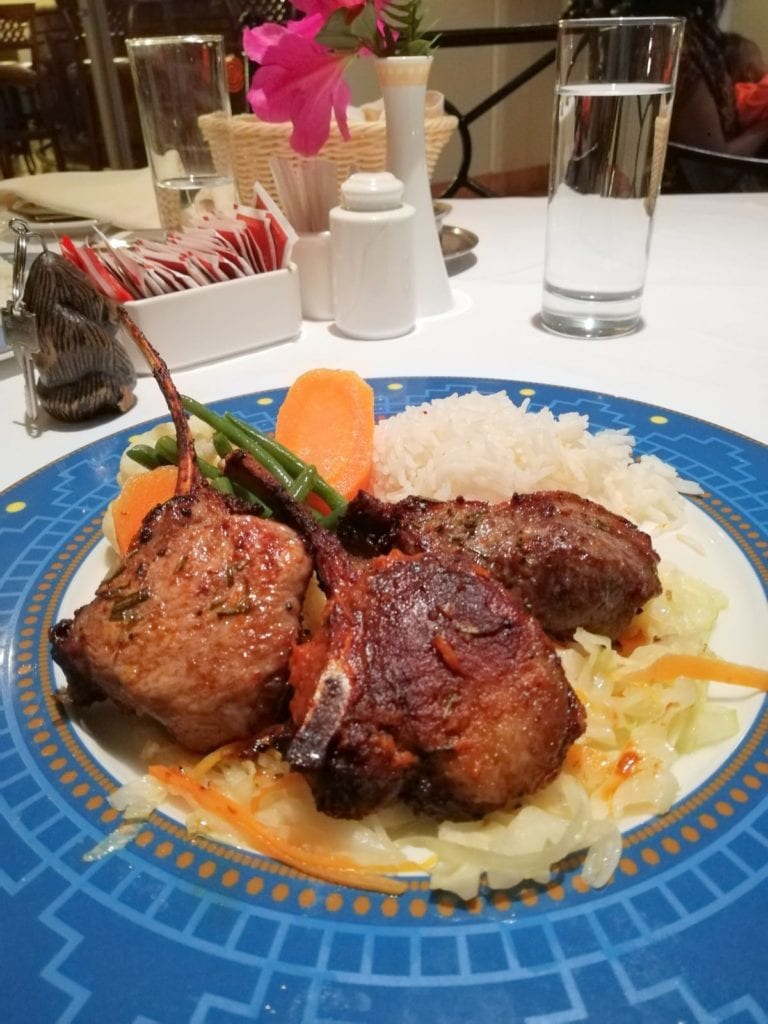 My final meal at our Lake Kivu hotel. Lamb (not goat) cutlets done to perfection. They were presented with rice as well as vegetables. 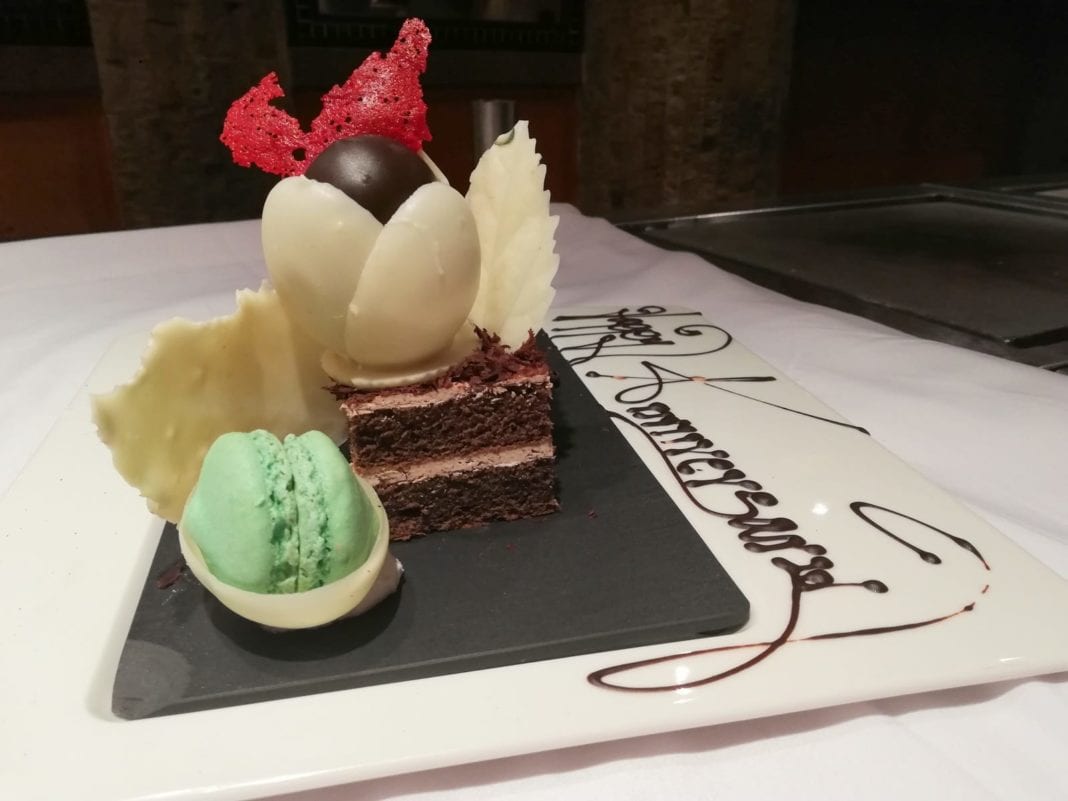 An unexpected treat to end off the trip…a belated anniversary dessert to end of our last meal in Kigali. The hotel staff went out of their way to keep this secret until it was presented at our table. It was such a work of art that we were loath to break it up to eat. Suffice to say, that feeling only lasted a short while and it was then dissected and devoured with gusto! 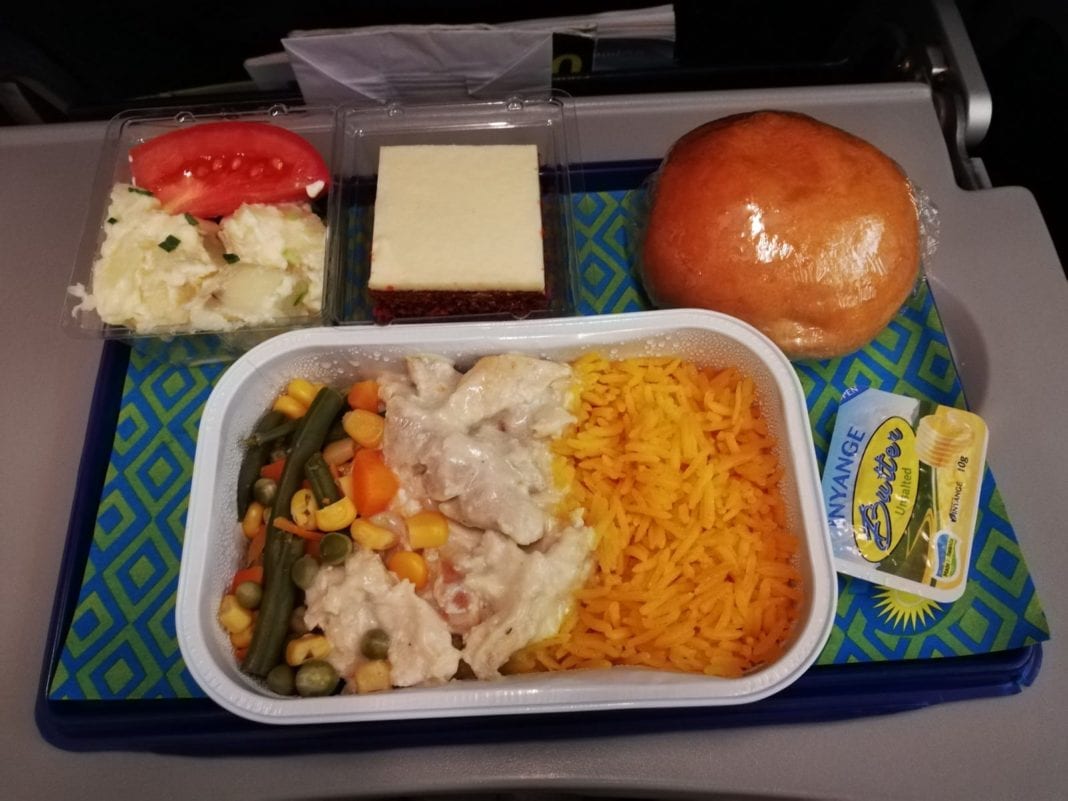 If I am honest, then my food experience during my stay in Rwanda ended with this meal on the return flight. Seeing that I was on their national carrier I felt that the meal deserved a mention. More often than not ‘airline’ food is the butt of many jokes. In this case, however, I would gladly have asked for a second helping! It was tasty and well presented and was the perfect ending to what had been a wonderful return trip to show my wife this African country that I am so fond of. 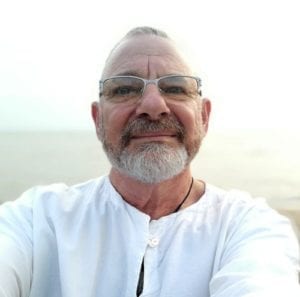 The above foods were just some of the dishes that I enjoyed while on my recent trip to Rwanda with my wife. My favourite by far was the goat meat that I had served to me in several different ways. I have no idea why goat meat is not more popular in South Africa, whereas in Rwanda it is considered to be the un-official National dish.