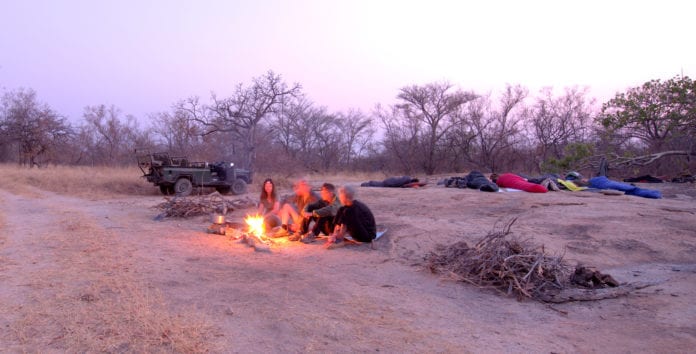 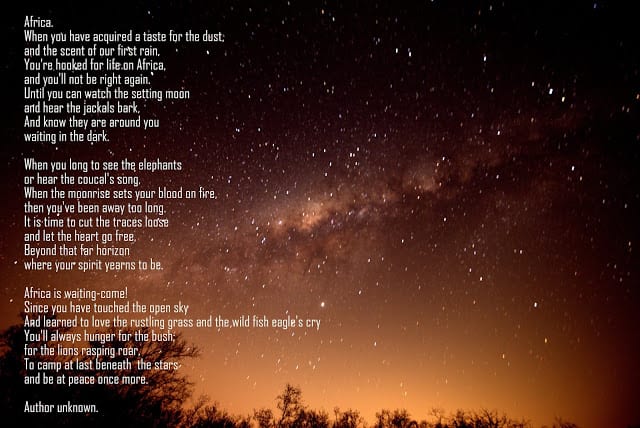 This poem, by an unknown author, set the tone for my sleep out with the EcoQuest students near Karongwe Camp. 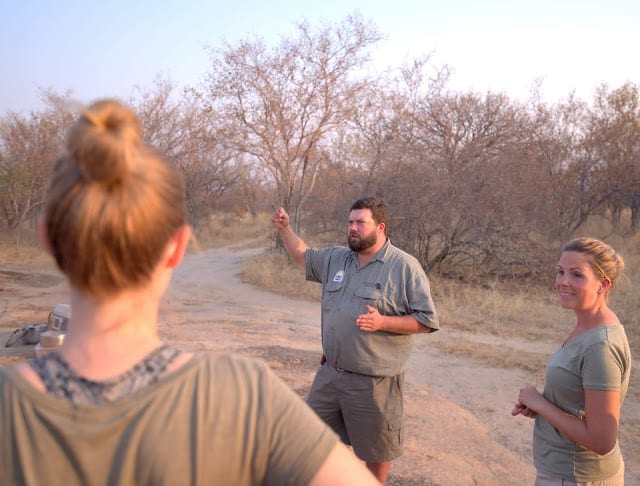 EcoTraining instructor, Richard Davis explaining to the students what needs to be accomplished before the sunsets. Here he was describing what sort of wood was needed for the fire. (It had to be maintained for warmth and security throughout the night.) 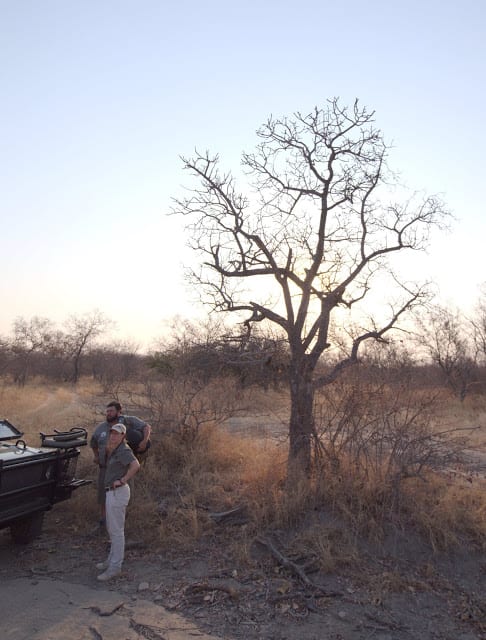 Richard, together with Instructor Andrea Campbell look on as the rest collect wood. 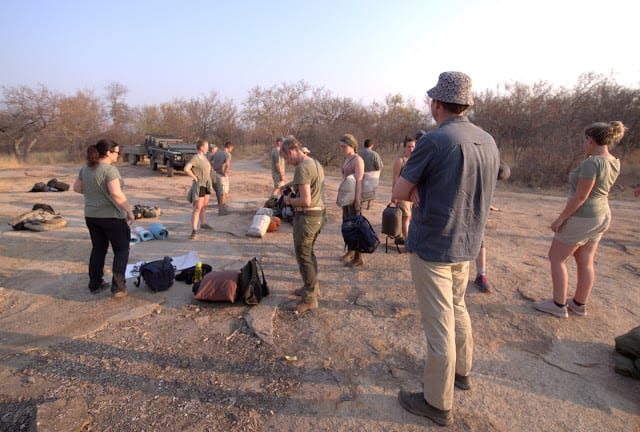 Some interesting statistics. Of the 16 people on the course, 4 were teachers and 3 were students. One of the female students worked in airport security, while one of the male participants was in defence! It just shows how diverse the EcoQuest groups are. The majority came from Germany with England, Holland, Denmark and the USA were also represented. 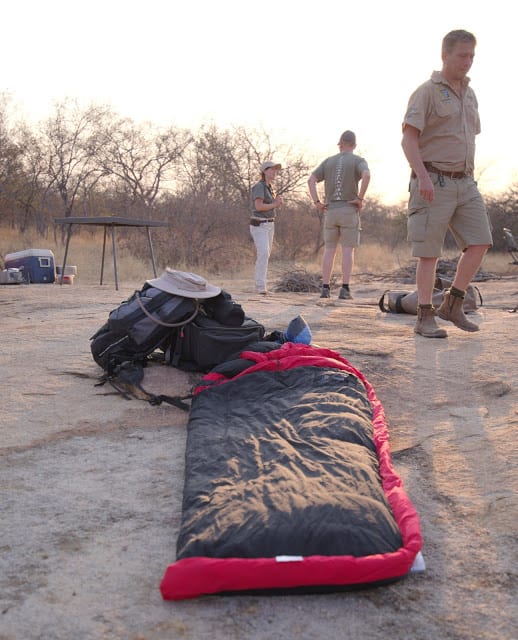 My ‘bedroom’ for the night. And what a night it turned out to be. Between some of the loudest and most continuous snoring I have ever encountered, to not one but TWO leopards vocalizing very close by! In hindsight, I think the snoring kept the leopards out of our campsite! 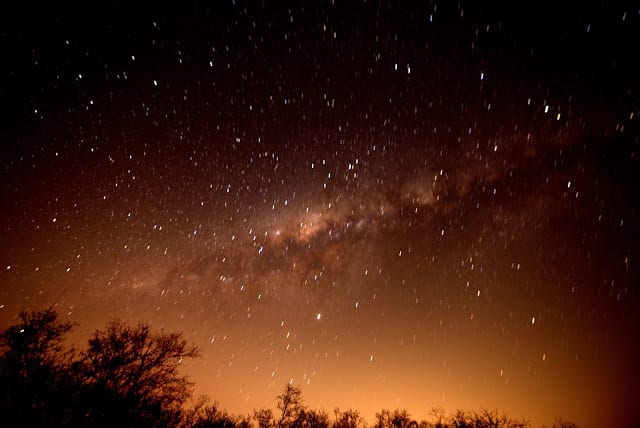 The upside of being kept awake for most of the night was the fact that I got to do a couple of hours of Astrophotography. So, being awake was actually a blessing in disguise. 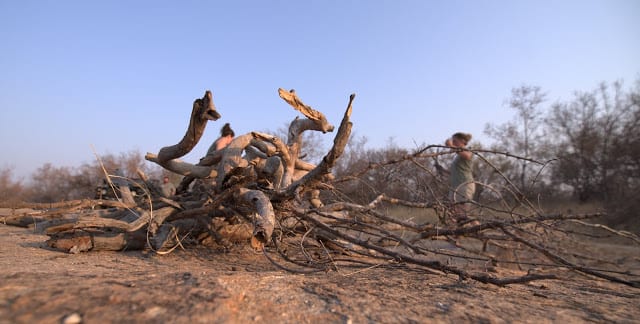 Finally, enough wood had been collected. In fact, the EcoQuest students were so enthusiastic that more than required was soon piled up. Whatever was not used during the night was returned to where it had been collected from in the morning. (The expression”leave only footprints” was applied to every aspect of the campsite) 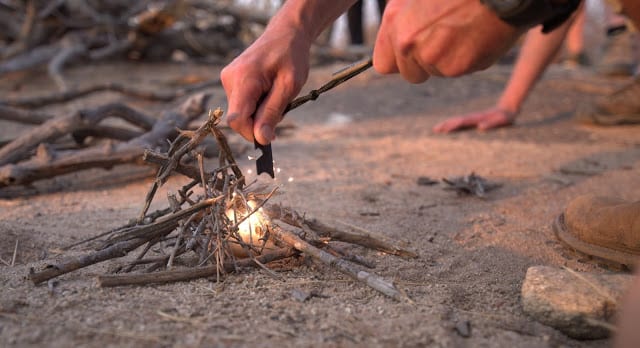 No matches were used in the making of this fire. Using a flint to set the kindling alight is NOT as easy as it seems. 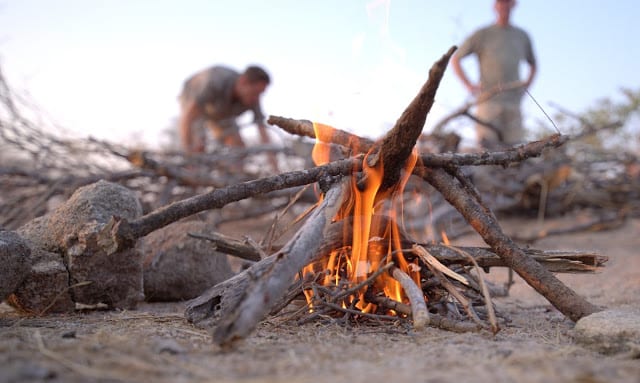 Finally…after several attempts, we had a fire going. 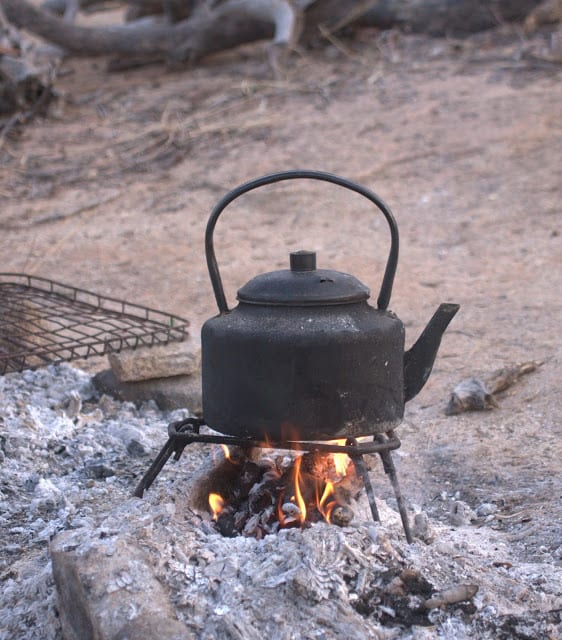 The most important item on site. First onto and last off the fire before we left in the morning. 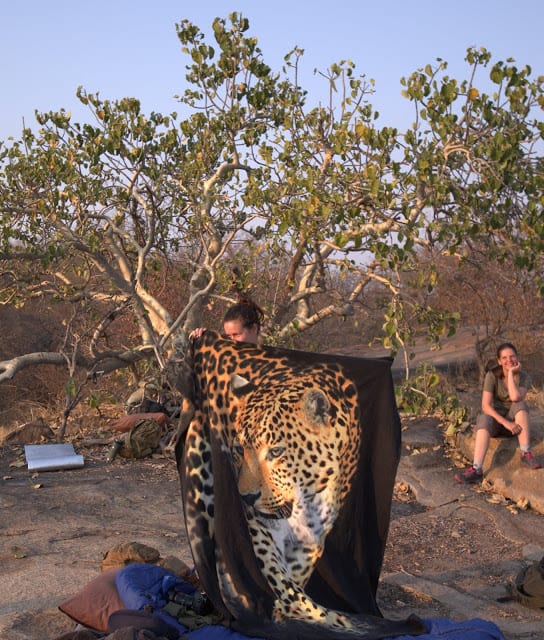 As mentioned earlier, there were leopards VERY close by. So it seems as though this blanket was rather prophetic 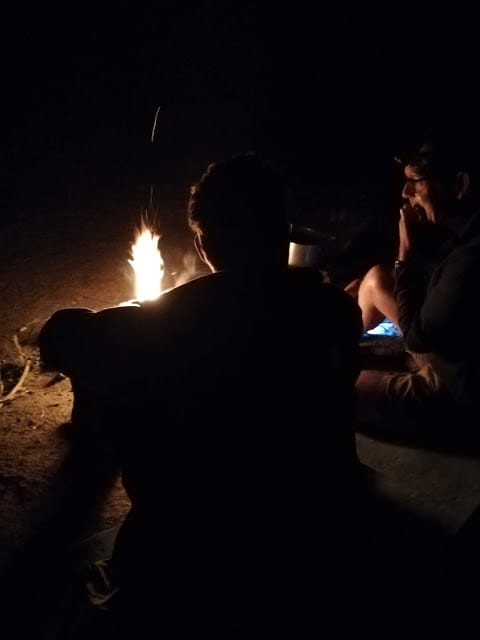 The students took turns throughout the night be on ‘guard duty’. Part of their tasks, aside from keeping fellow students and staff safe, was to keep the fire going and the kettle boiling. The leopards vocalizing close by certainly kept us all on our toes. 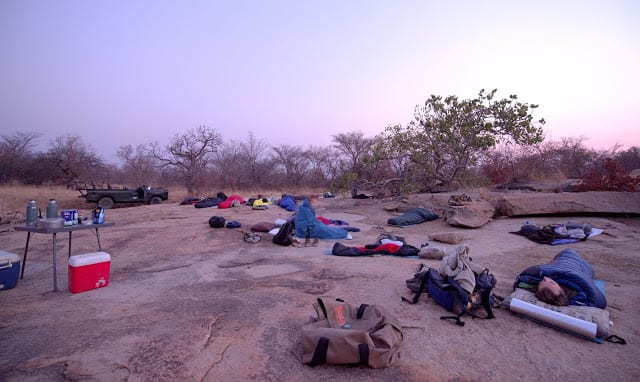 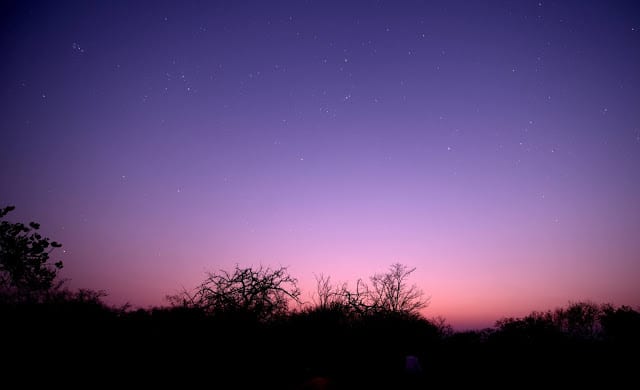 Dawn across the horizon.My second sleep out with an EcoQuest course, and an experience that I highly recommend. 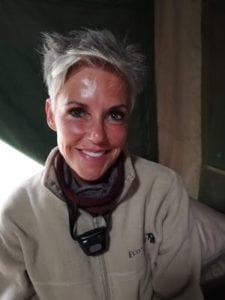 While in Karongwe, I got to chat with American actress and former Miss National Teenager, Lavelda Conrad. Finally, she has found her happy place, listen to her story:

This is the EcoTraining mission statement…

1] Vision: To be the global leader in environmental education by reconnecting people with nature…For me, the most important part of that statement is the word *reconnecting.

Are you ready to make a commitment to yourself and your future?

If so, then visit their website for more information: 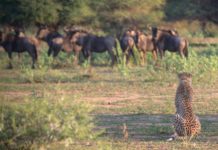 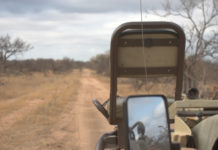 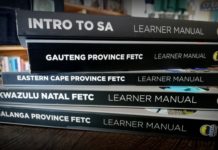 From the photographic hide at Mashatu. Botswana

No “Fifty shades of grey” at Machaba Camp in Botswana.

We do our part to conserve water thanks to this grey...