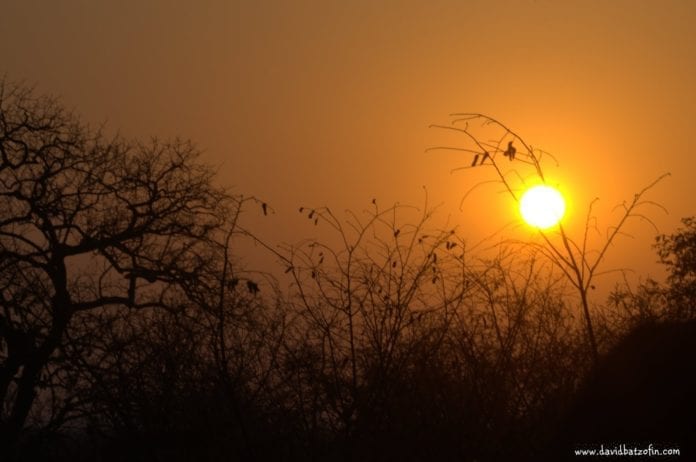 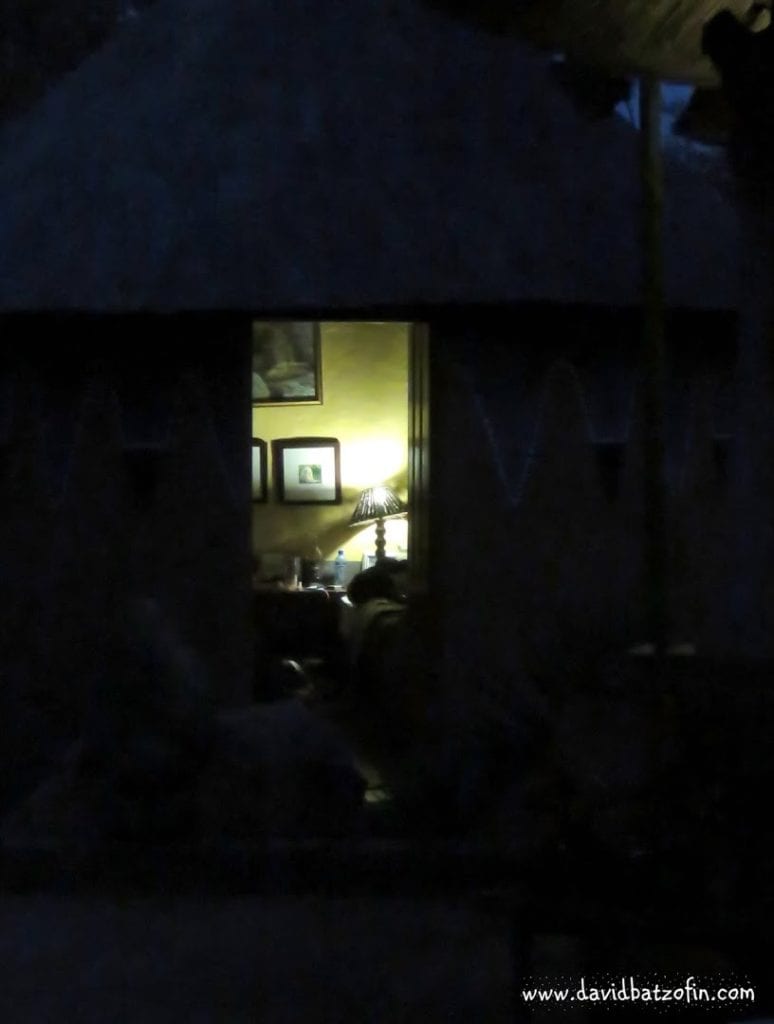 Bedtime in the bush…
Usually earlier than later…too much fresh air and good healthy food.
Often I struggle to get to sleep on the first night as the bush
is so quiet compared to the urban environment that I live in.
Here, I slept like a baby…but I was awakened by the roaring of the lion pride
as well as the calls of both Jackal and Hyena in the early morning.
An awesome chorus instead of my usual alarm clock. 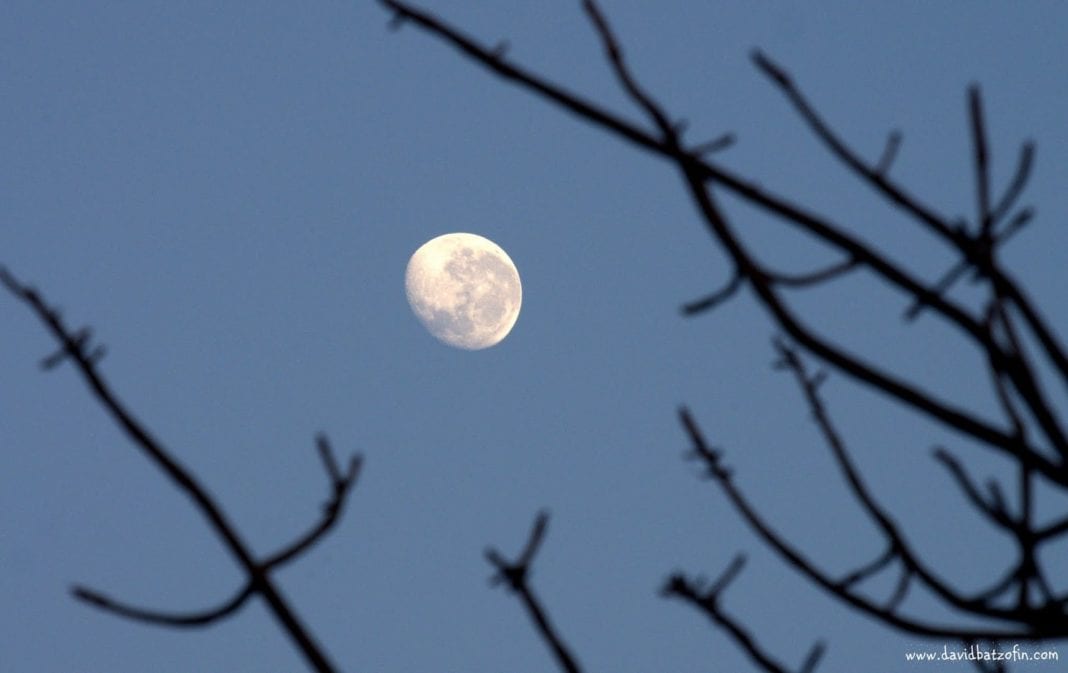 As we left Unicorn Camp,
the moon was still visible above the Western horizon. 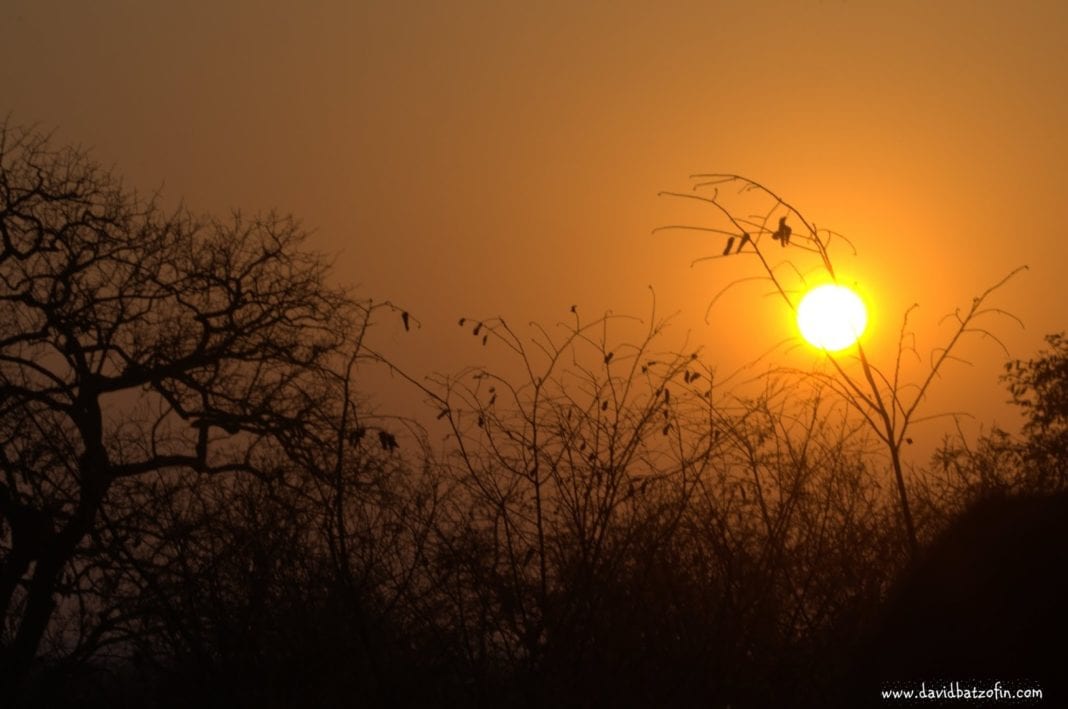 At the same time, the sun was rising in the East.
The perfect moment where day meets night. 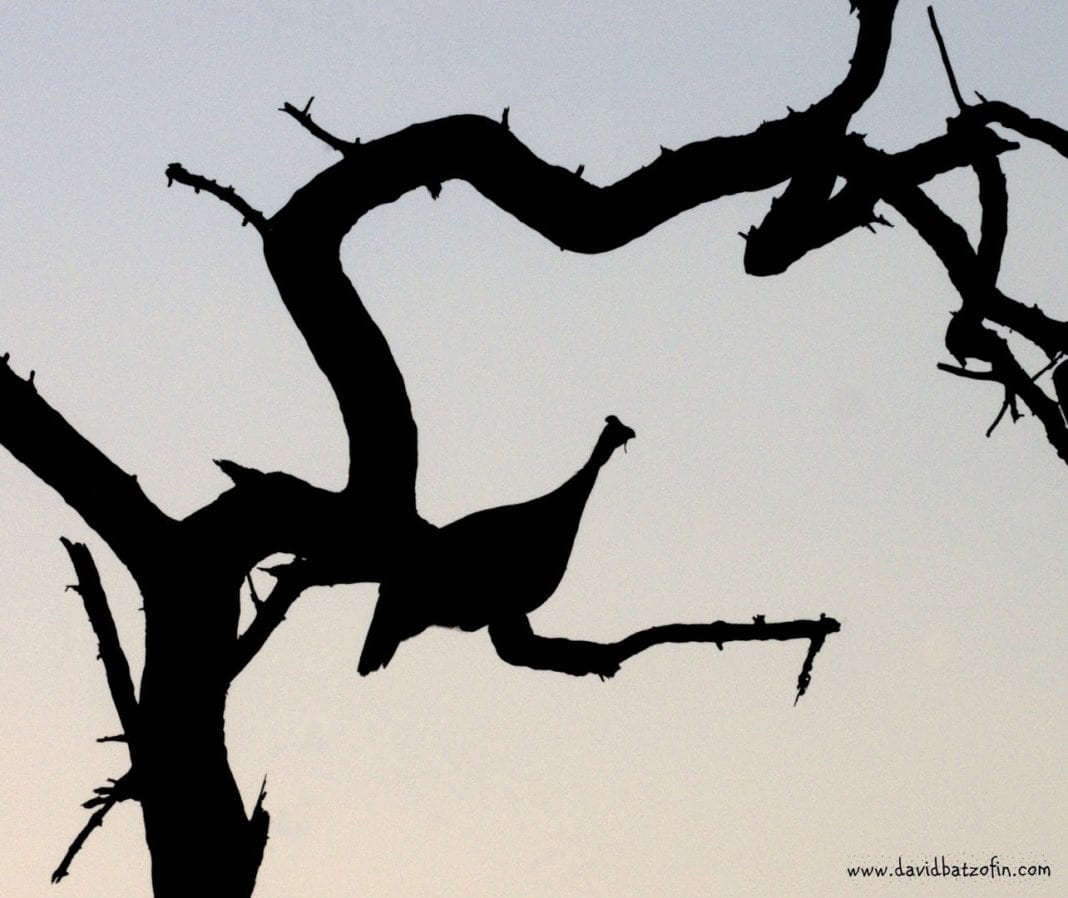 A Guinea Fowl perches in the branches of a tree,
taking a moment to survey the surroundings for possible predators. 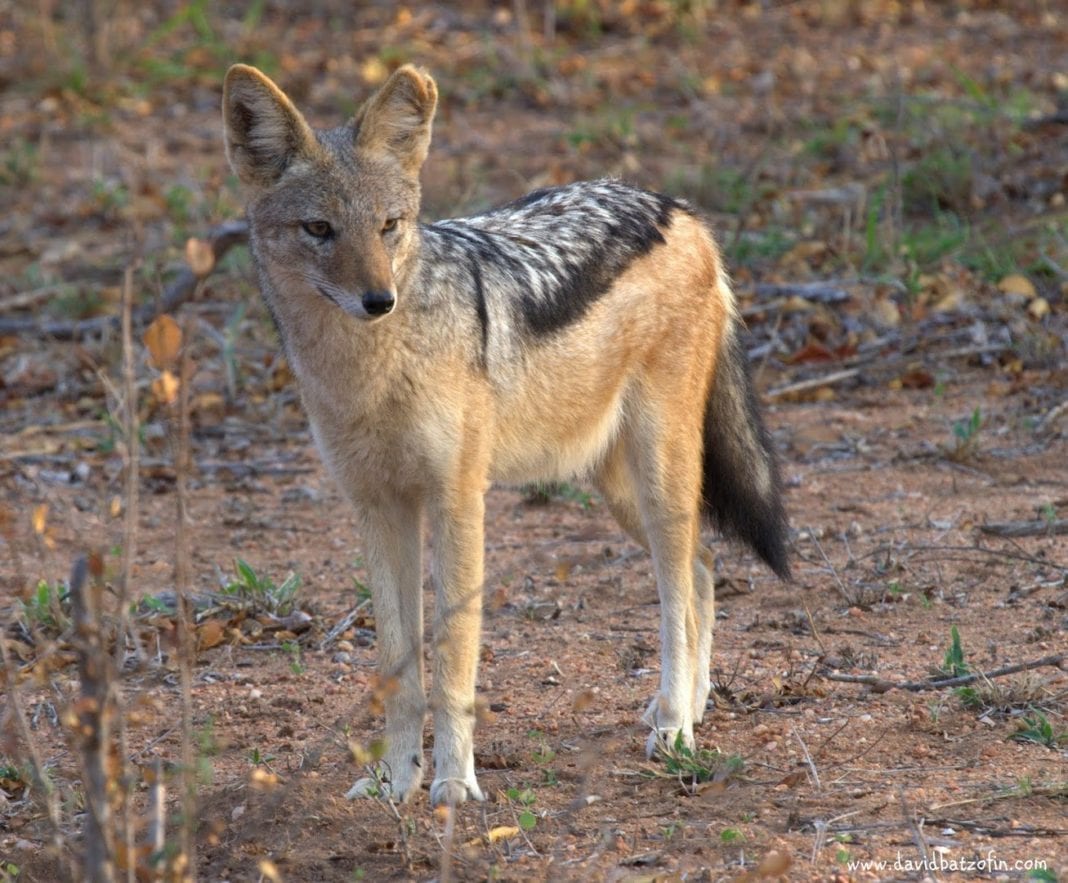 It was just as well that the bird had decided to stay in the tree,
as this Black-backed Jackal was sniffing around looking for an easy meal. 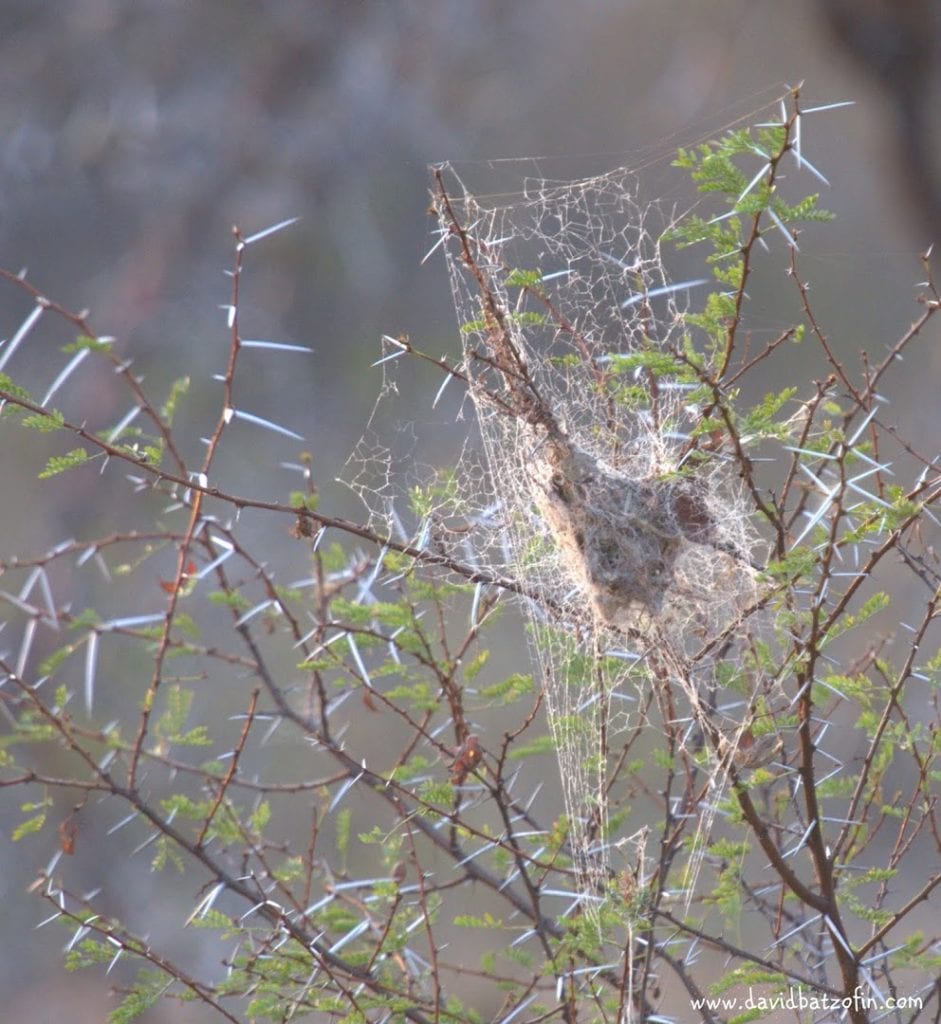 I noticed these communal spider webs everywhere.
Not the traditional web of the Golden Orb Spider,
but interesting never the less. 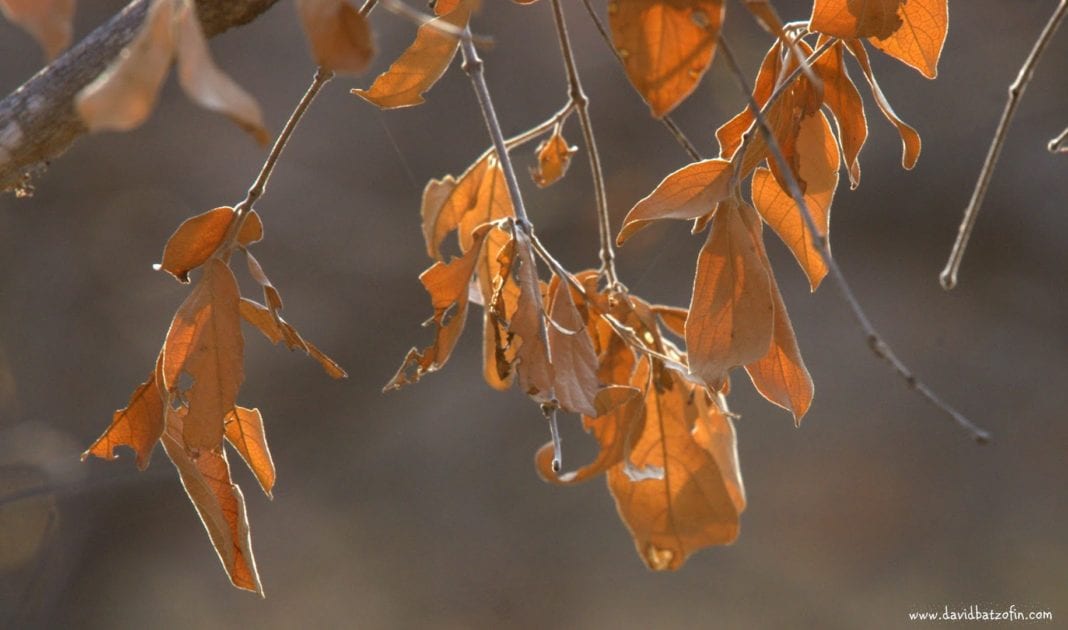 I do enjoy the colour of the leaves at this time of year.
This particular tree was still in its autumn “plumage”
The area has been devastated by the current drought situation
and good, soaking rains are required to get the vegetation back to normal. 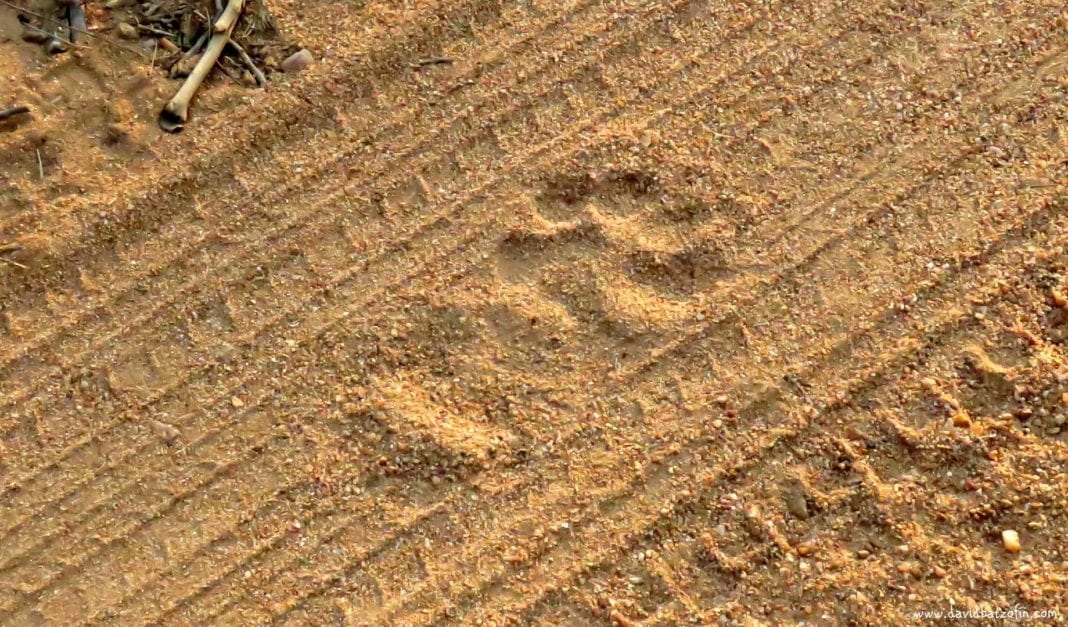 This is what we were looking for,
the “owner” of this paw print… 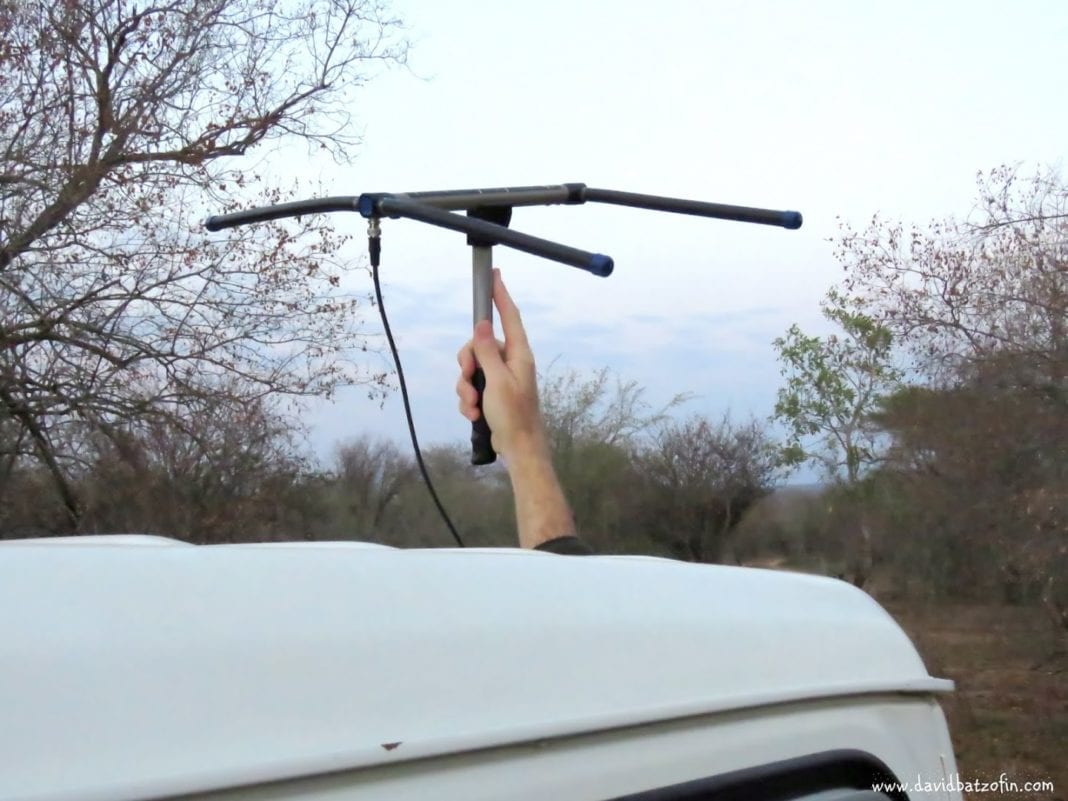 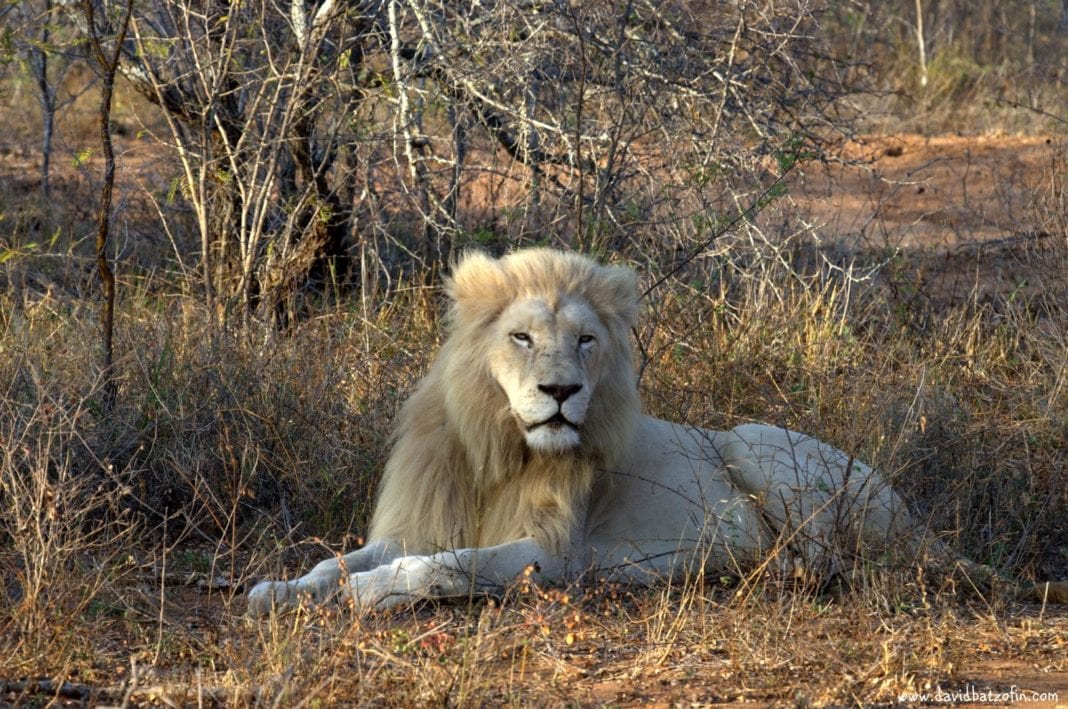 And who we find,
lying in the short grass on the side of the road?
The look on his face says it all
“Who dares to enter my domain without permission”? 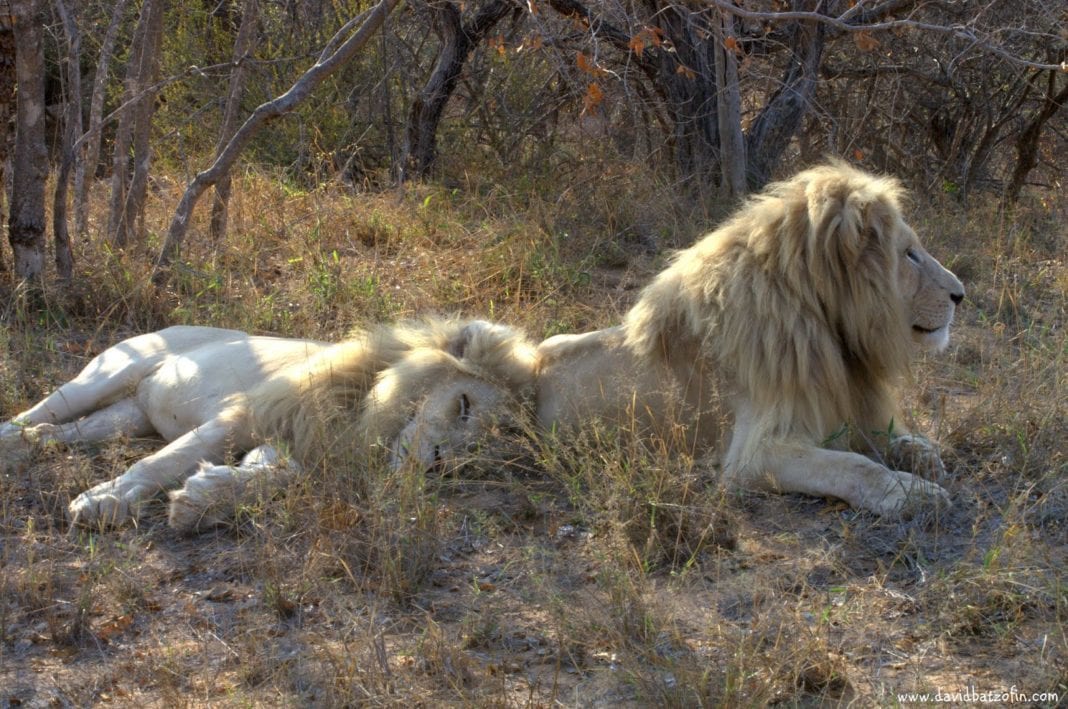 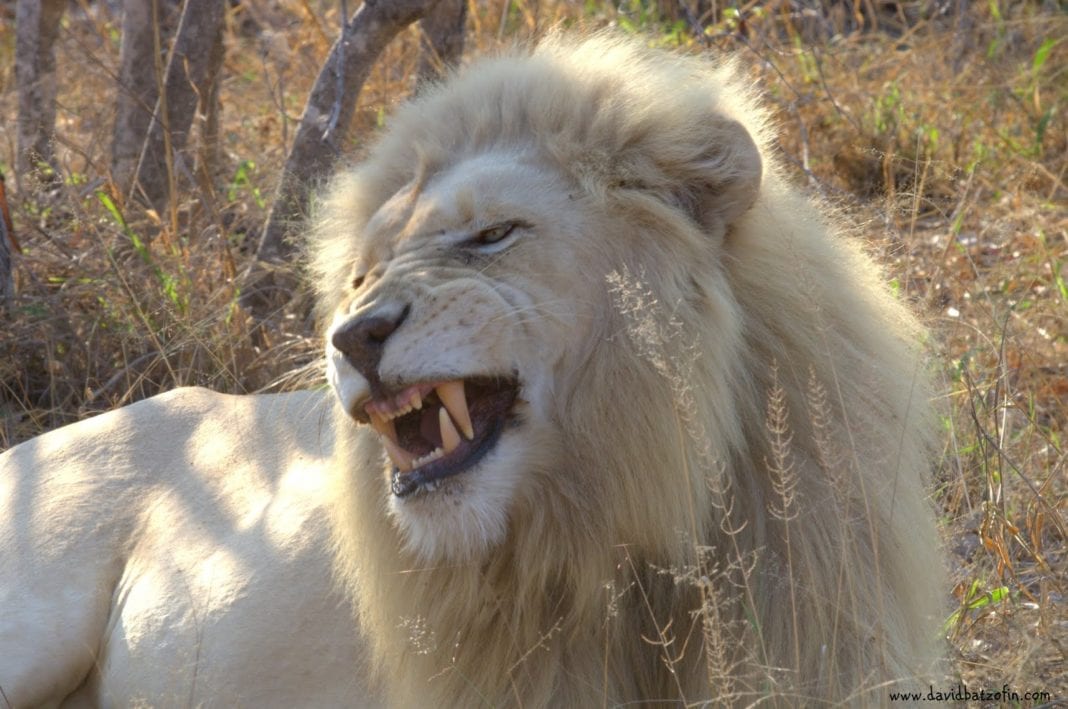 Time to show that I don’t need a dentist 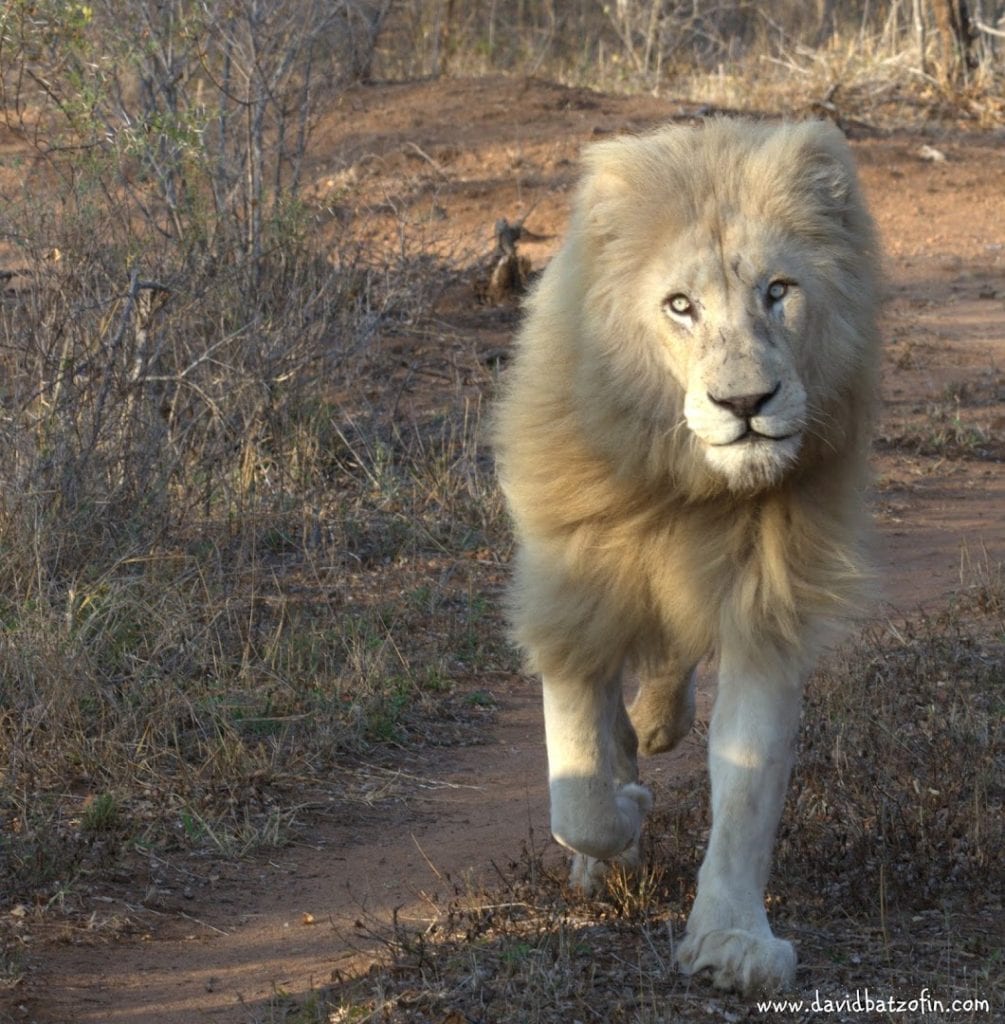 While we were sitting quietly observing the pair,
some nearby Impala started alarm calling.
Instantly, the brothers were on the move.
Could it possibly be the pride lionesses on a hunt?
I believe that those of us in the vehicle
were sort of hoping that we get to be part of the “hunt”. 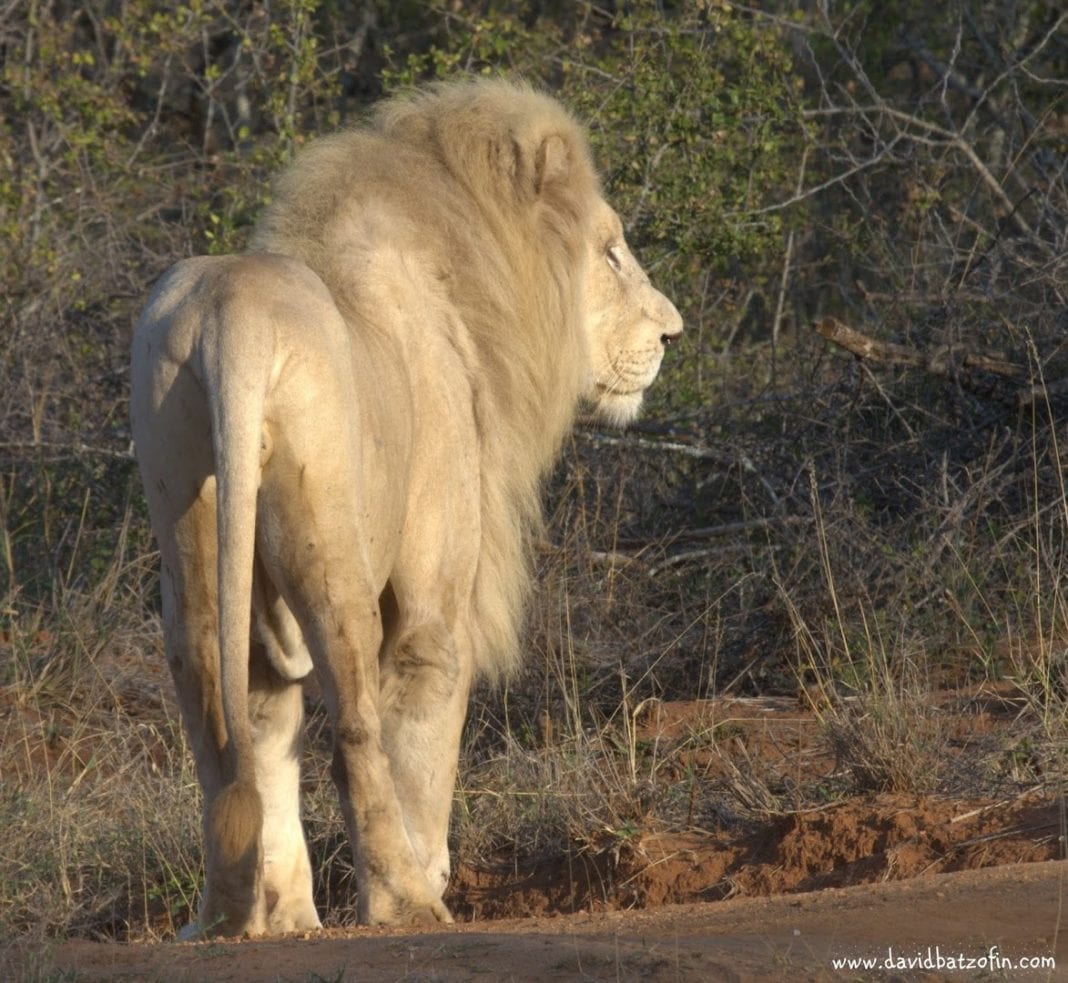 As it turned out, it was a false alarm,
and the face tells the story…
“Looks like we might have to get our own meal today” 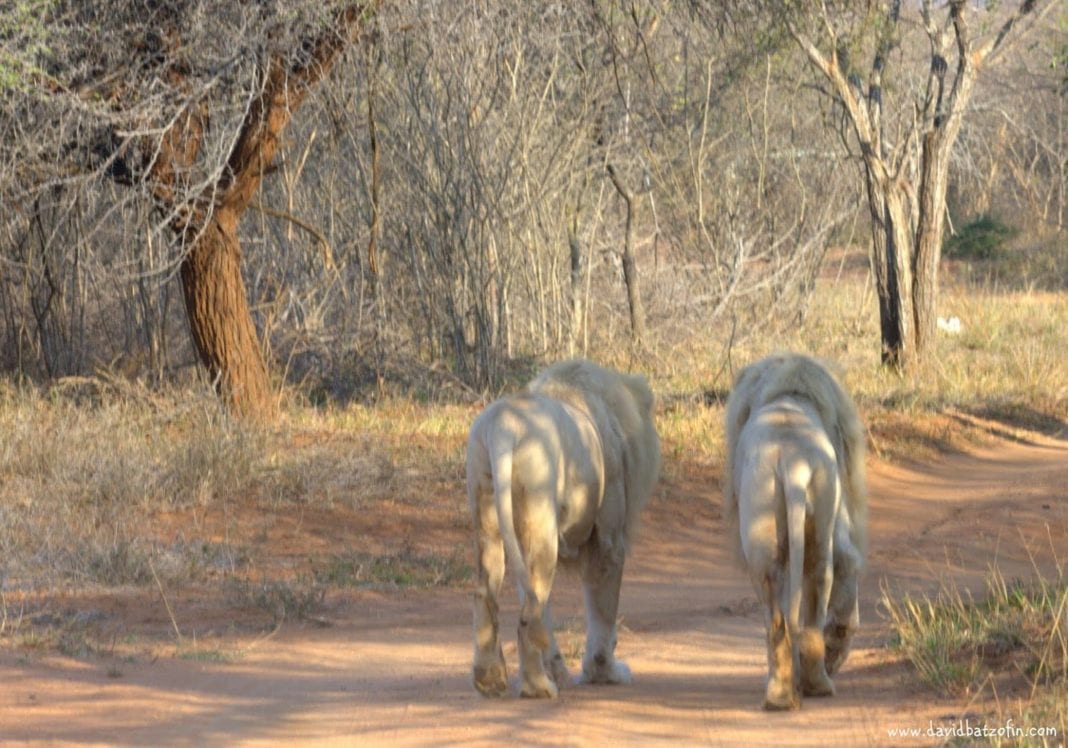 If this conservation effort is not successful,
this could be the last of the White Lions of Timbavati.
Jason, Linda and their staff are working tirelessly to stop that from occurring.
And by integrating back into the wild, the lions are playing their part as well. 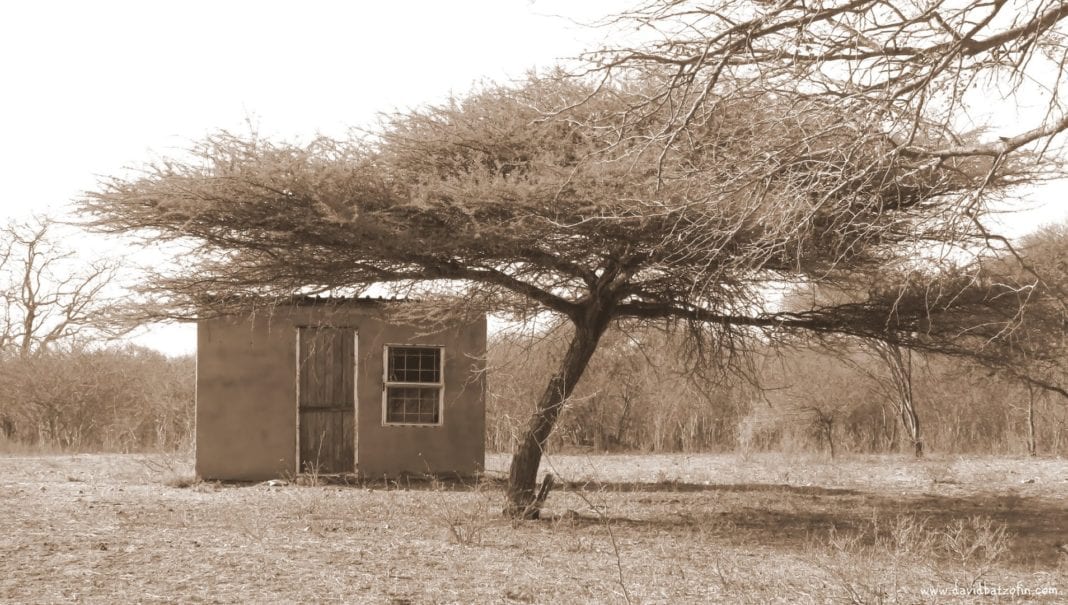 Before the area became a conservancy, it was a working farm.
The then owners tried to farm with everything from fruit to tobacco and even cattle.
All without much success.
This is the last of the old staff quarters, currently is is being used as a store room.
The man who was forced to live here is STILL living on the property,
but in proper, eco-friendly accommodation. 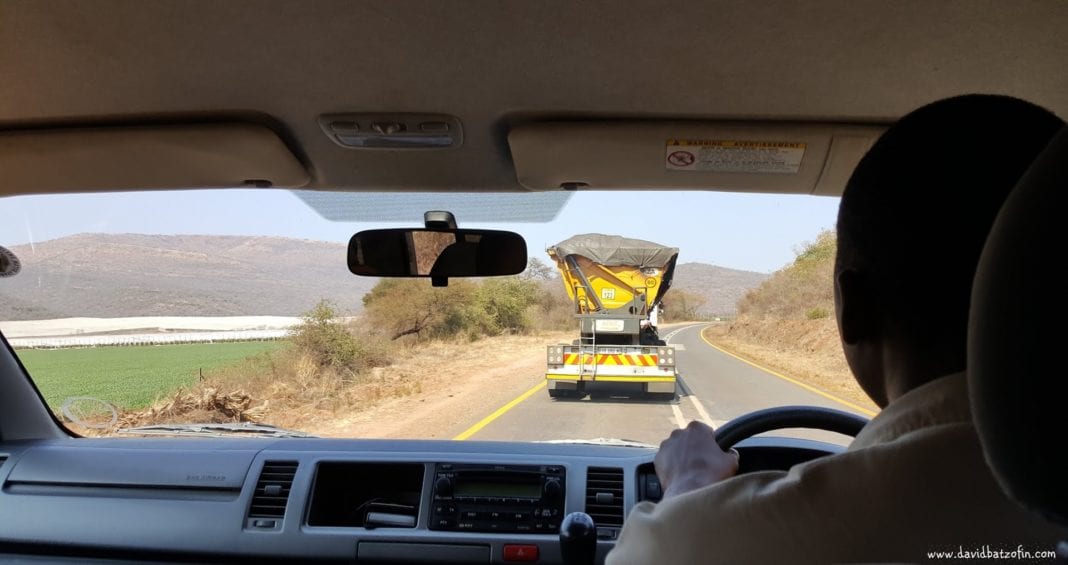 We sadly had to say goodbye after a too short visit,
and head off on the N4 back to Johannesburg.
Once again the road was filled with large trucks
that loomed before us at the most inopportune moments 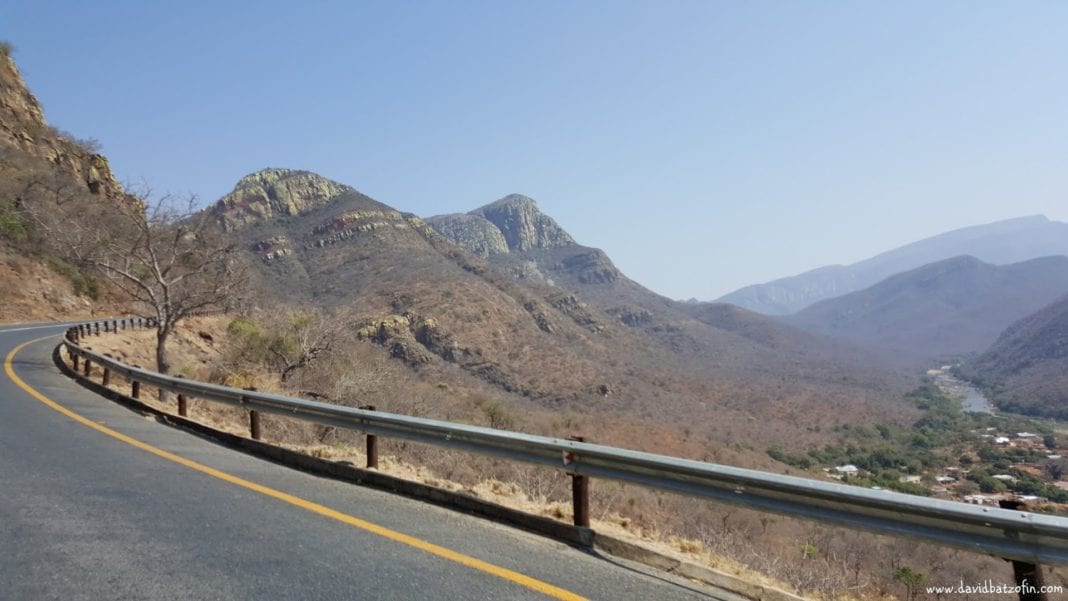 The road and the landscape are stunning… 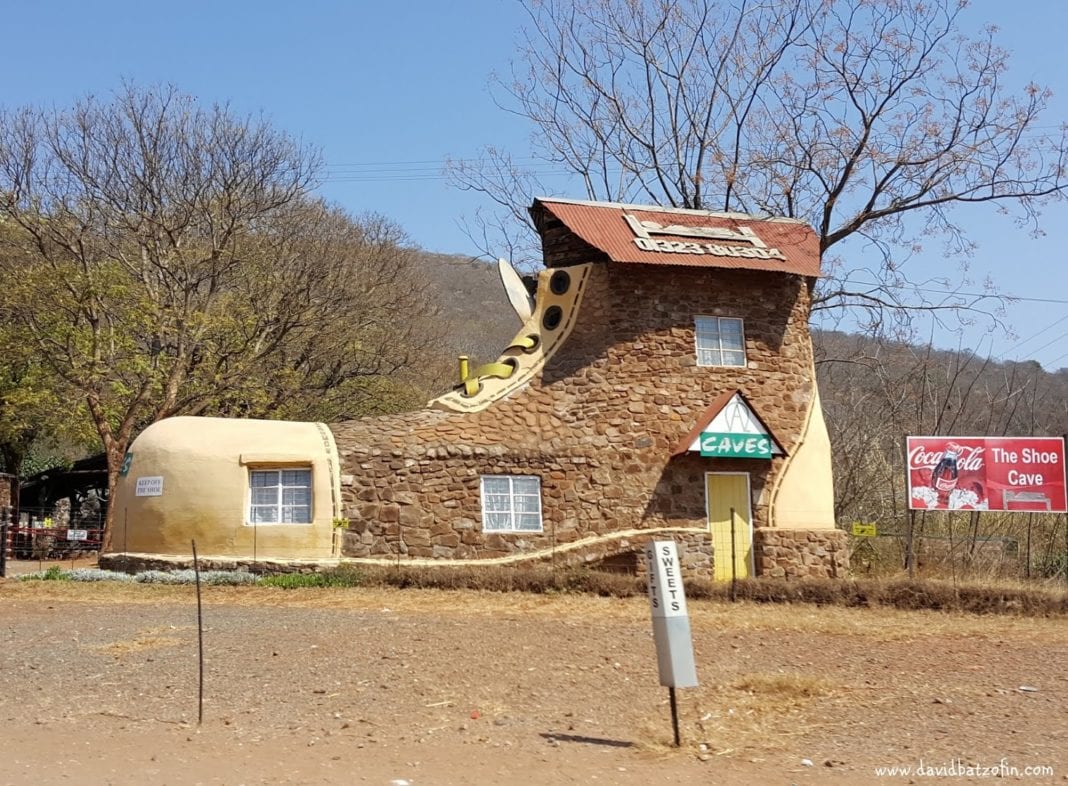 I did not see the “Old Lady” as it was a Sunday,
and the boot was closed. 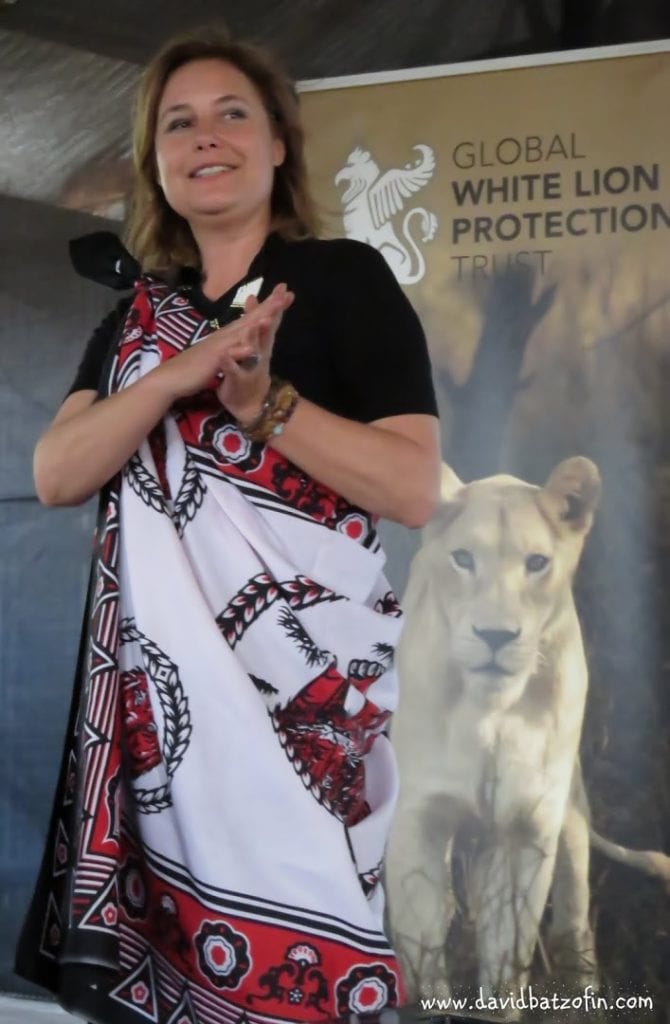 This is Linda Tucker,
CEO and Founder of the Global White Lion Protection Trust.
She is also the founder of the Linda Tucker Trust
that launched their “One United Roar” competition during our stay
This is what she shared with me:
https://soundcloud.com/david-batzofin/linda-tucker-one-united-roar 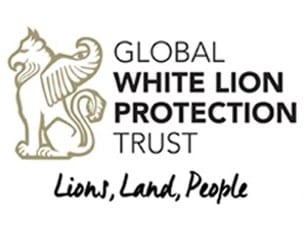 All of the images on this posting were shot on
a Canon SX60HS.
www.canon.co.za