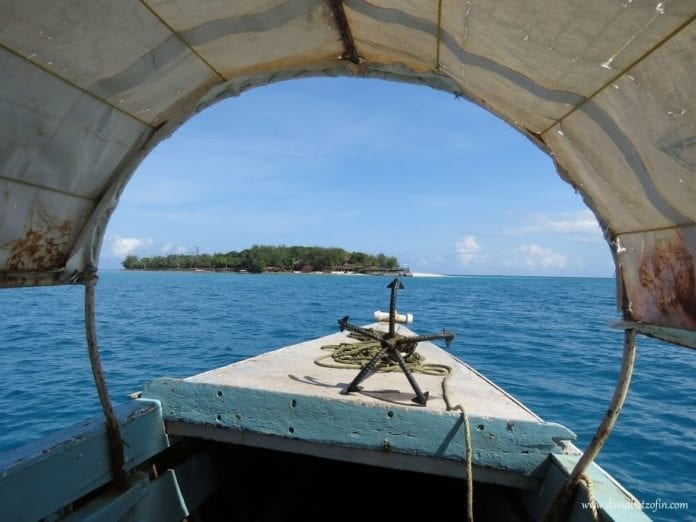 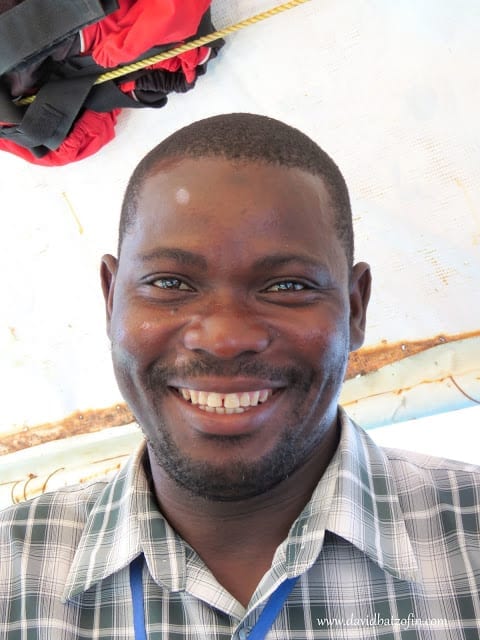 Ahmada was our guide for two of the tours that we did
with Eco & Cultural tours.
He was knowledgeable, punctual and courteous.
All three traits are what you need in a guide…
and his English was easy to understand. 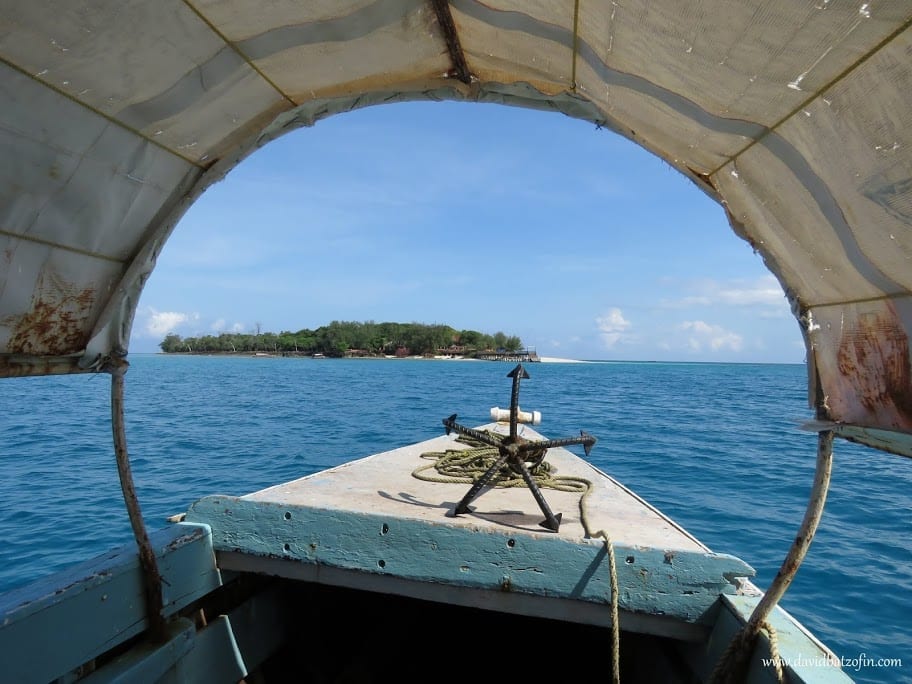 This is the view that tourists have of Prison Island.
When the slaves were brought here,
it would have been under VERY different circumstances.
Much like Robben Island, in South Africa, is visible from Cape Town,
Prison island is visible from Stone Town 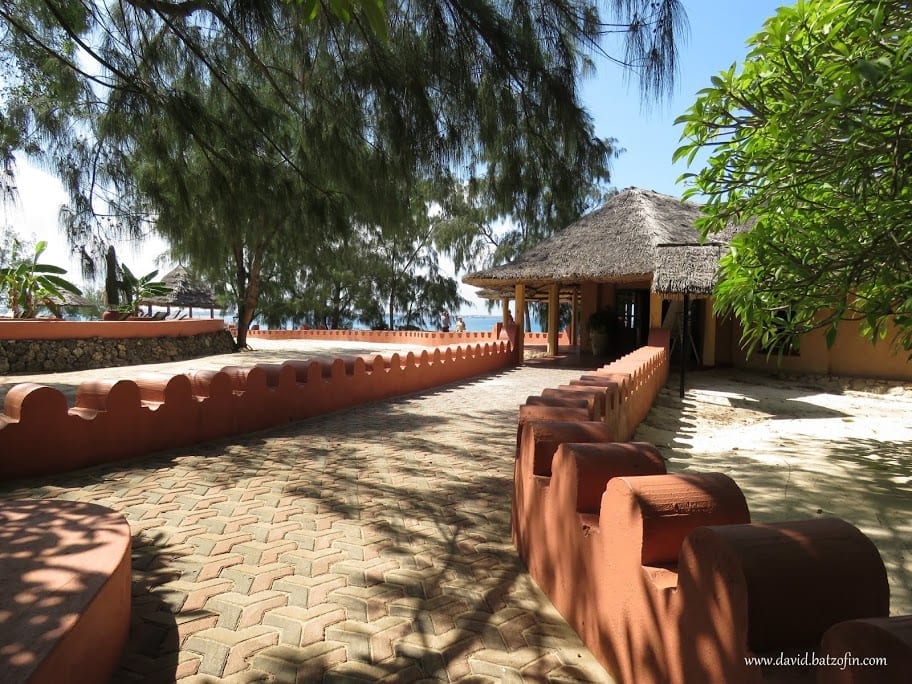 The information centre on the island.
Take a moment here, either before or after a tour
to read some of the letters on display. 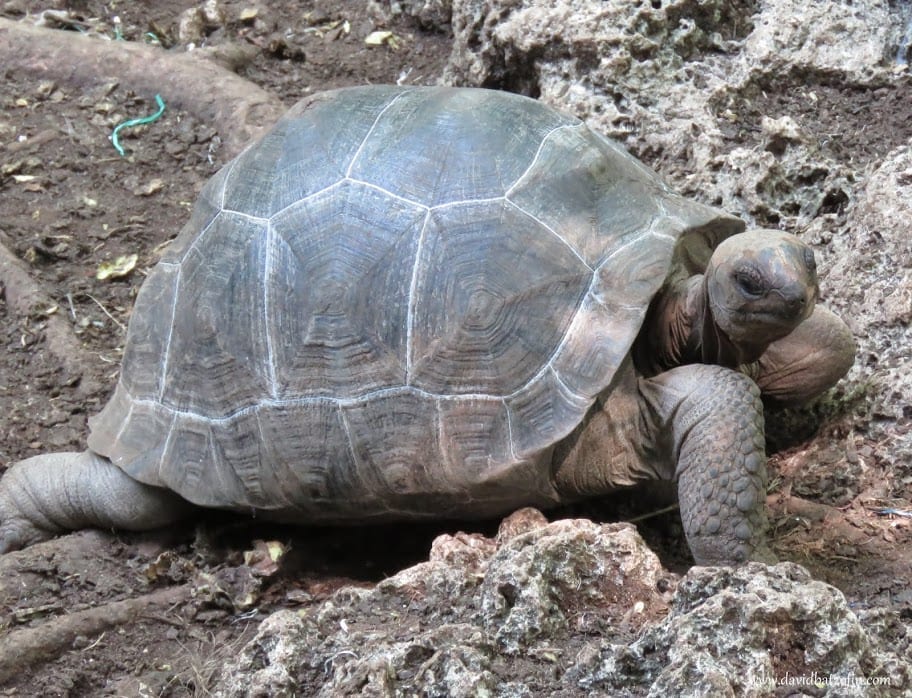 There are now about 200 of these Aldabra tortoises on the island.
Originally, 4 were brought in from the Seychelles
and they protected currently breeding very well.
The oldest that we saw during our visit was 193! 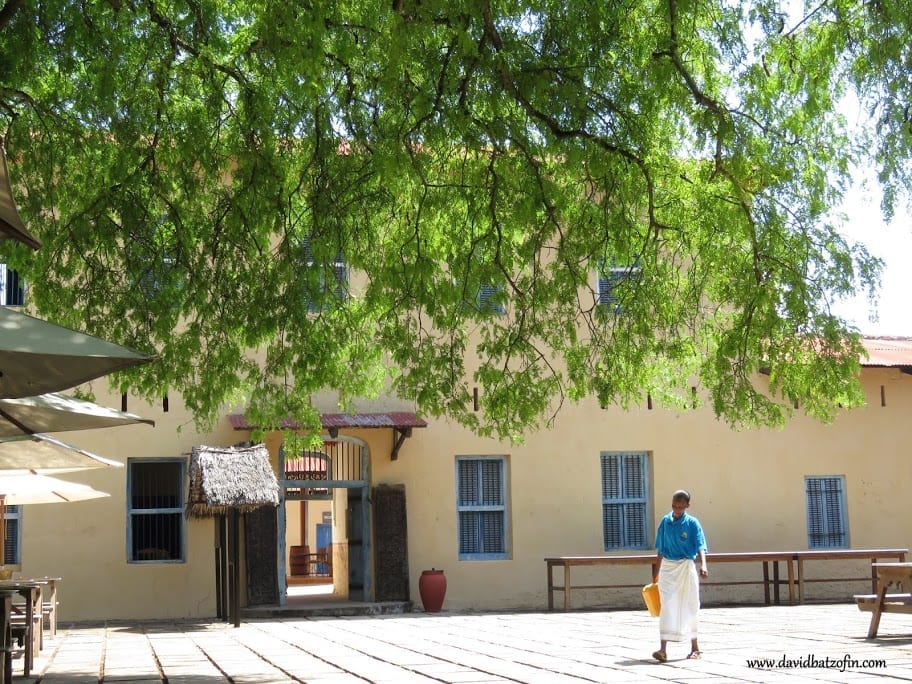 This is the rear view of the prison.
When slaves arrived, they were brought in from the sea side.
The area in front of this facade is now a restaurant. 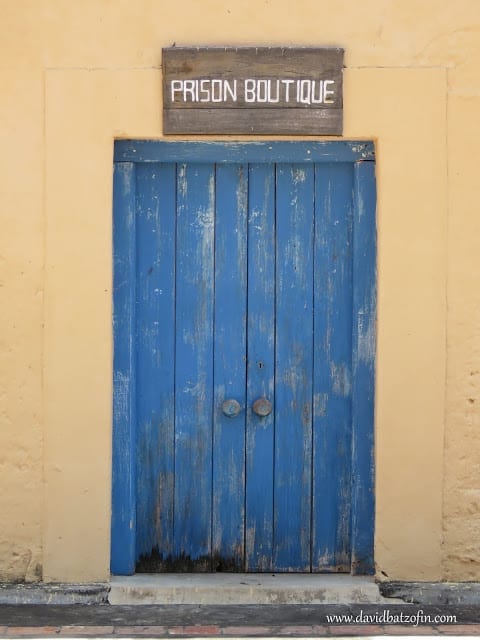 I should imagine that “back-in-the-day”,
this was NOT part of the prison… 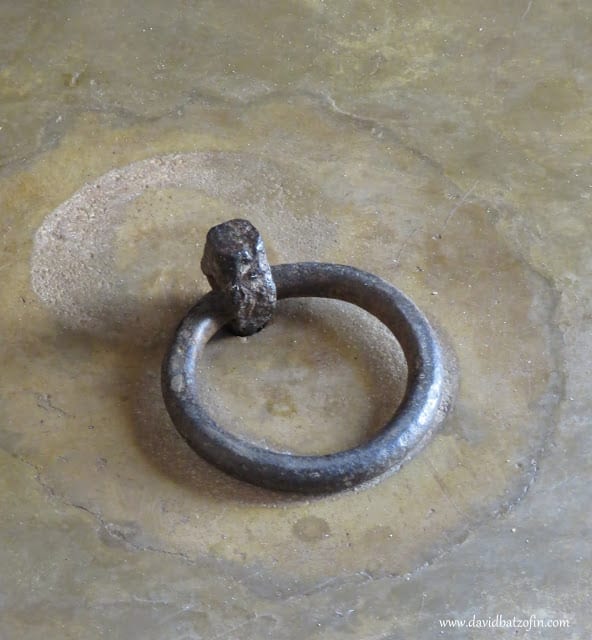 But this was!
There are still several of these rings that can be found in the floor
of what is now the ladies toilet and the bar.
Prisoners were chained to these rings while punishment was metered out. 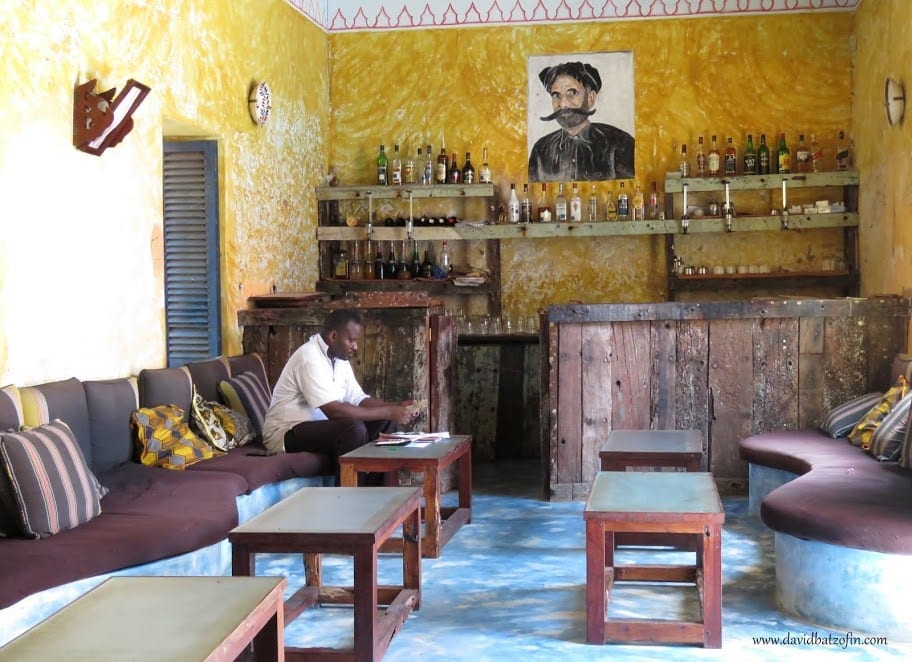 Another “upgrade” for the tourists…
The portrait on the wall was meant to represent both Arab (turban)
and British (moustache) traders. 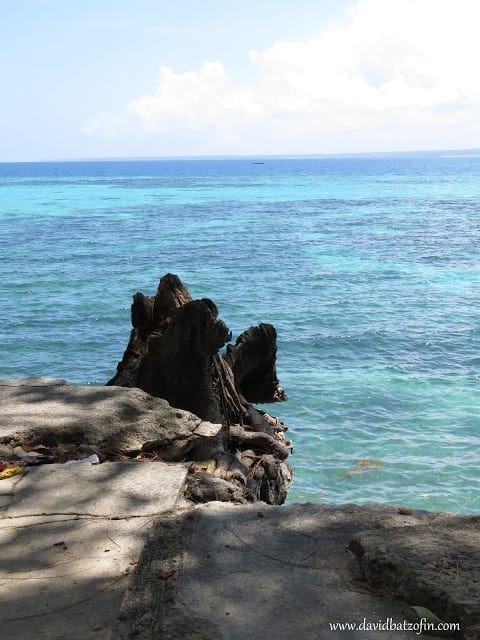 Looking towards the horizon from the dock where the
slaves would arrive.
This island later became a quarantine centre 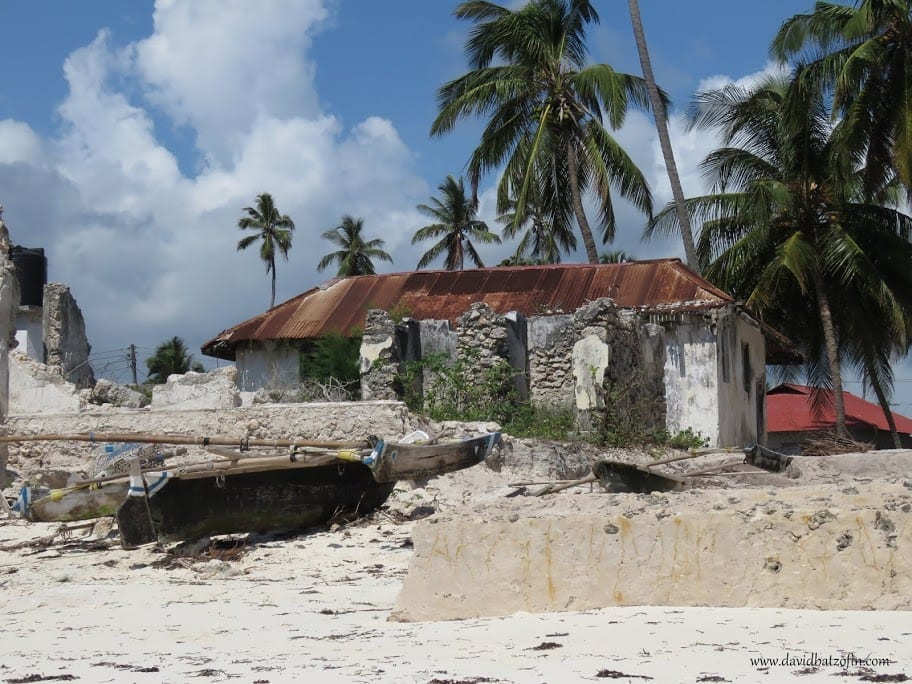 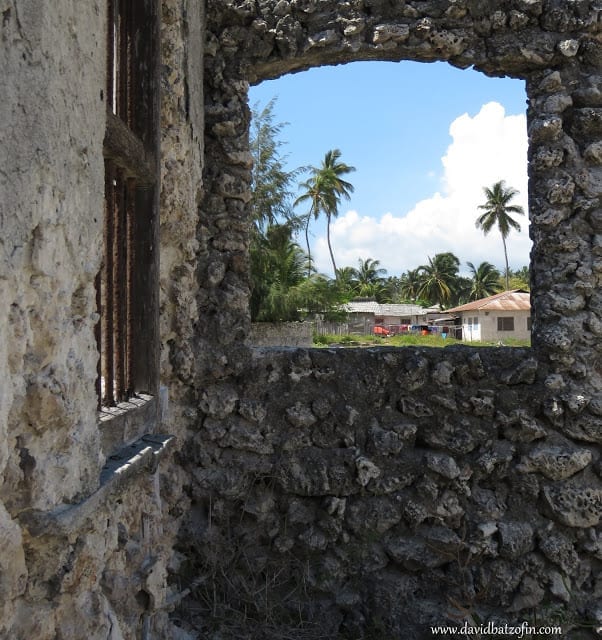 Here many of the homes are build in the traditional way 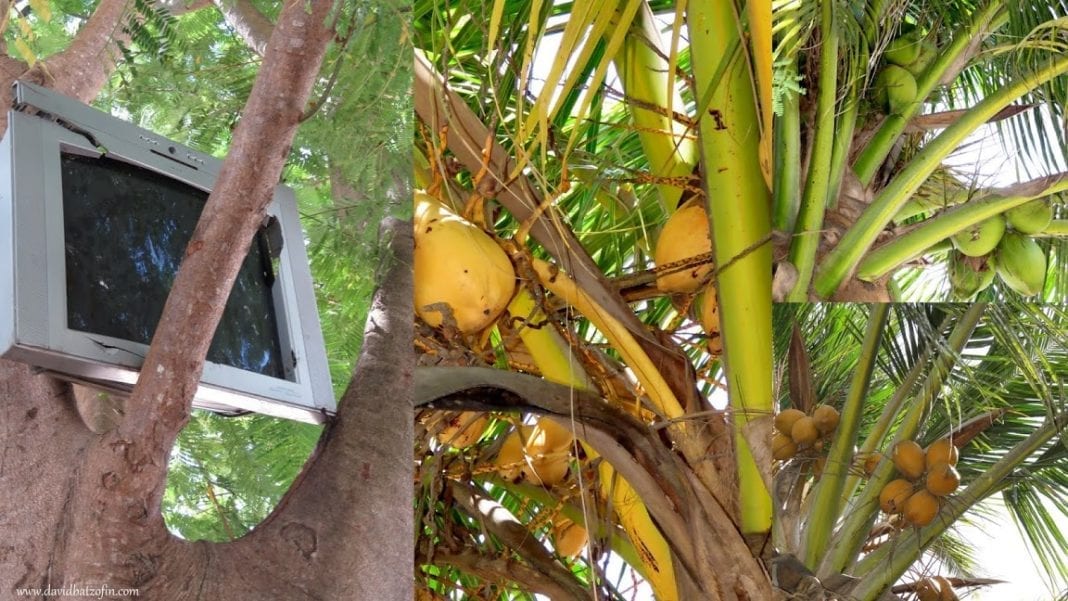 There are three types of coconut to be found on the island.
Brown, yellow and green.
It seems as if TV sets DO grow on trees here! 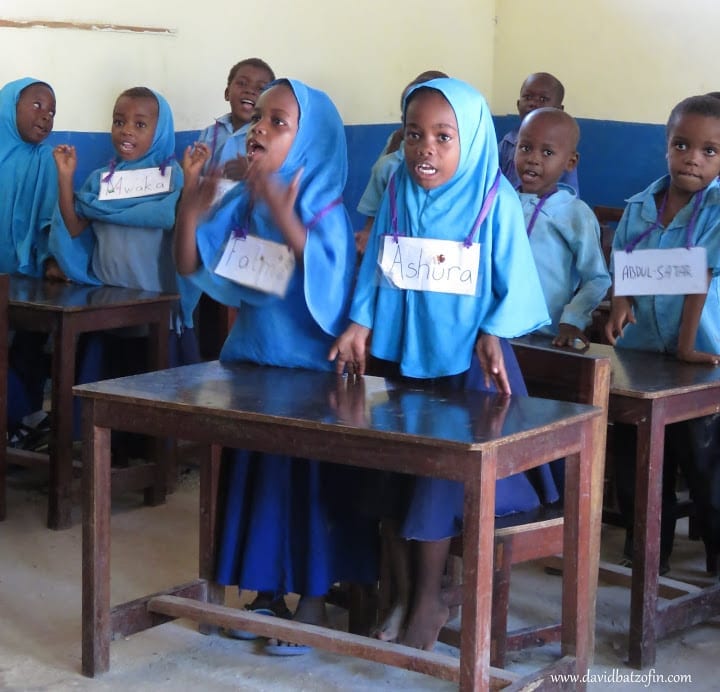 Some of the children that we met at one of the schools that we visited. 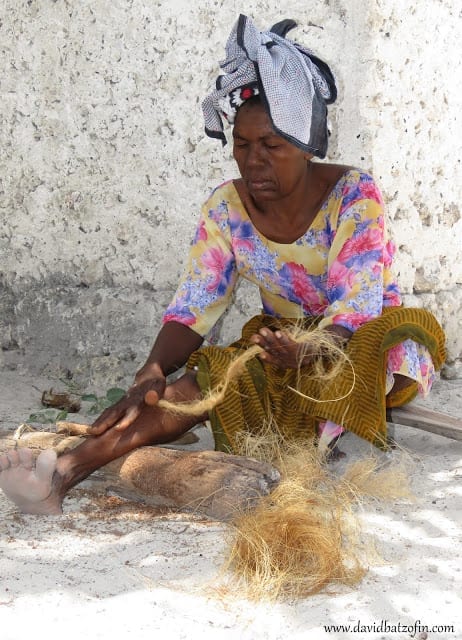 We were also shown how rope is made from the husks
of coconuts.
Every part of the coconut can be used for some purpose,
making it one of the major income sources for the villagers. 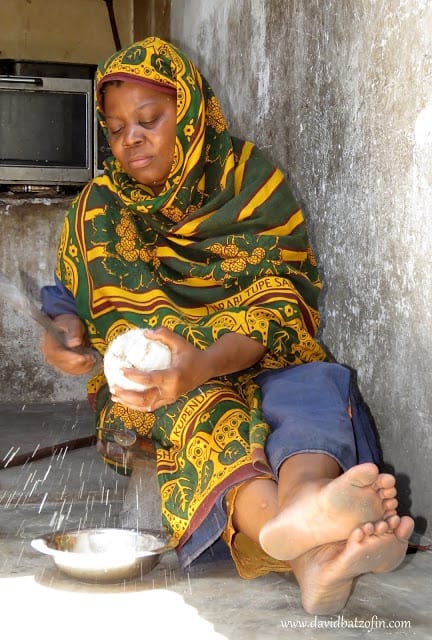 We were also shown how coconut water and coconut milk
are obtained.
Nothing mechanical here…it is all done by hand. 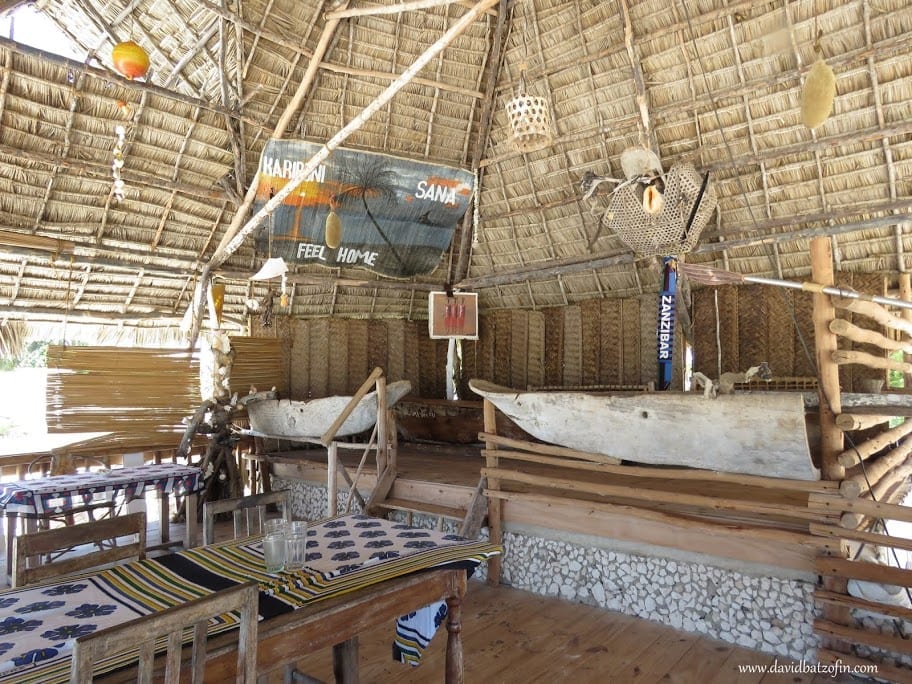 The sea front restaurant where we had lunch(included in the tour price)
The food was wonderful and the view…breathtaking.

On the eastern seaboard, at low tide, the sea “vanishes” and
recedes for almost 1km.
For visitors who arrive at low tide and are unaware of this phenomenon,
it is quite disconcerting if they have booked a “seafront” room. 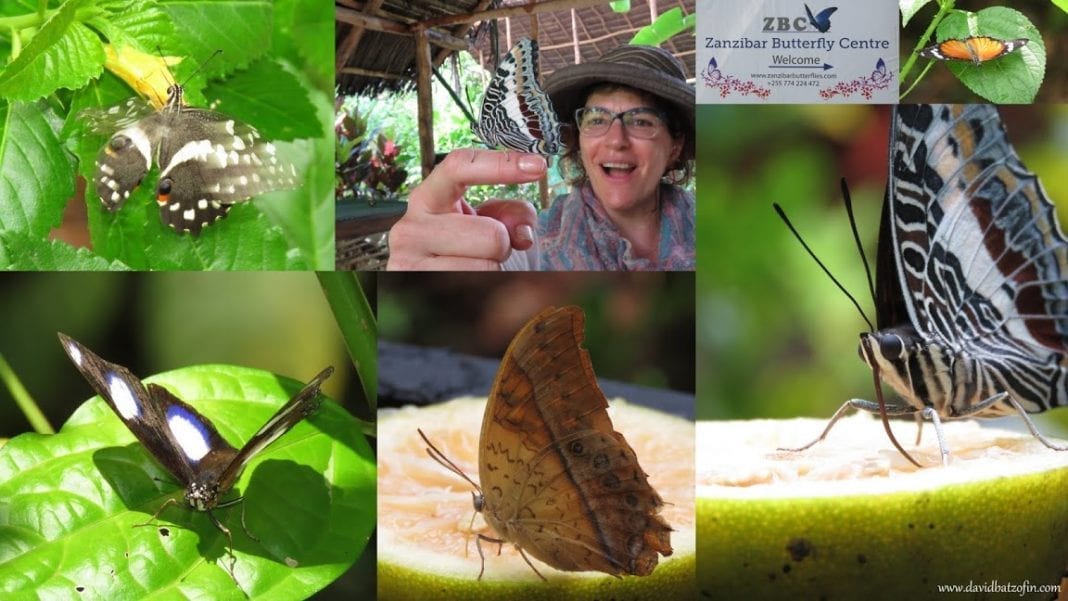 On our way back to Stone Town we stopped in at
the Zanzibar Butterfly Centre
http://www.zanzibarbutterflies.com/ 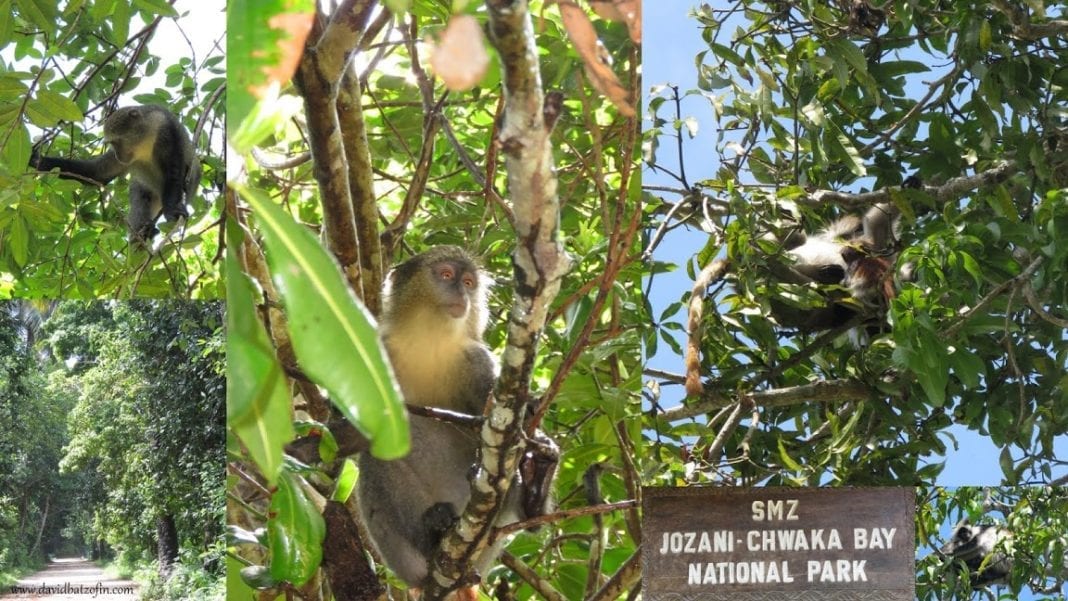 We also took a short tour into the Jozani National Park.
Here we were able to see both the endangered Red Colubus monkeys,
as well as the Sykes monkeys. 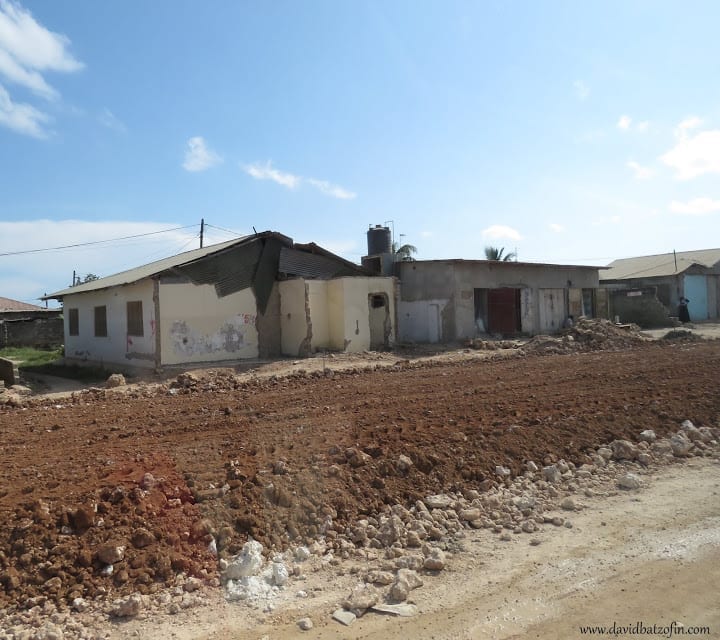 The main road from Stone Town is currently under reconstruction
and makes for an interesting part of the tour.
Many of the locals had built their homes(illegally) too close to the road.
In order to expand the road, the offending homes, or parts thereof were demolished.
But needs must…and interior doors become exterior ones and life continues. 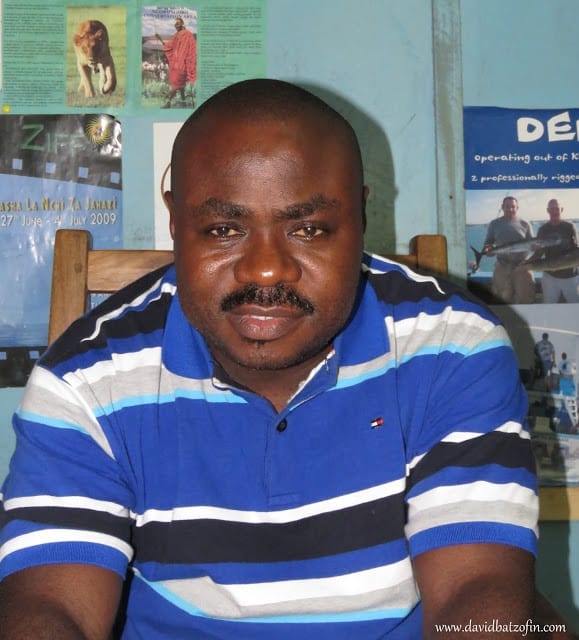 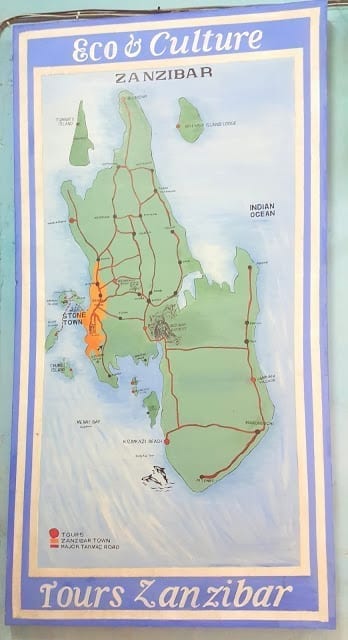 We used this company to organize
the tours that we did during our stay.
Highly recommended. 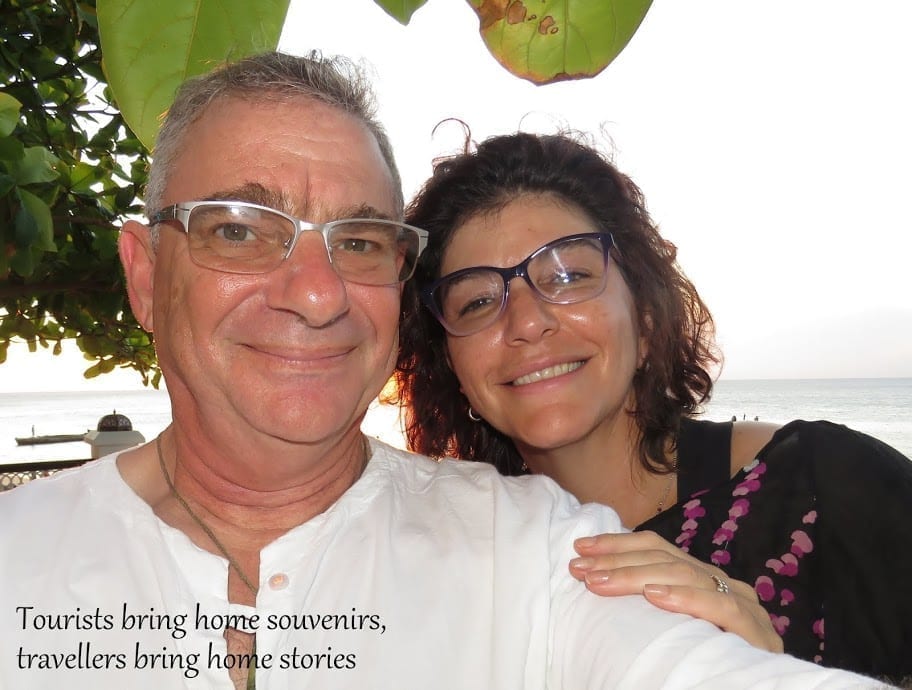 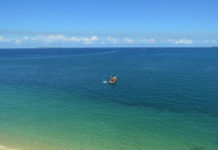 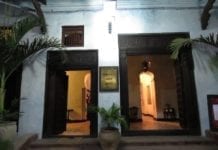 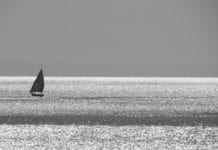