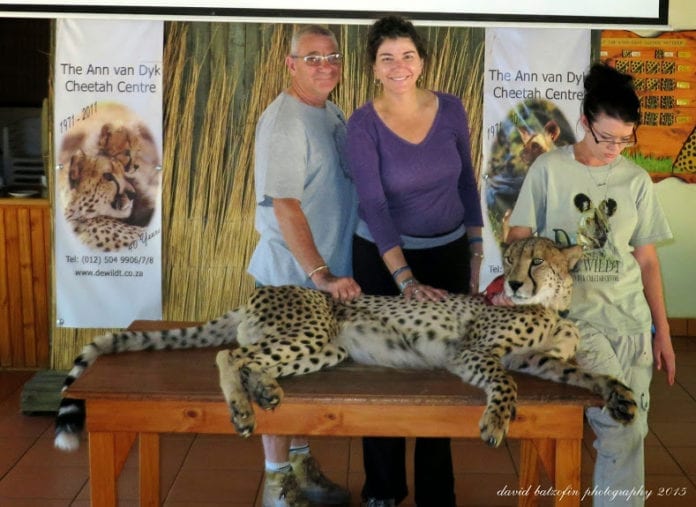 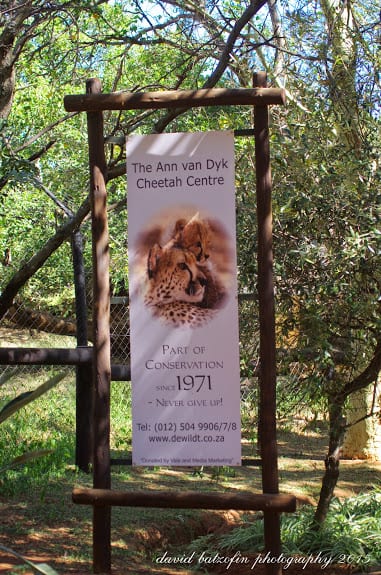 It has been several years since I last visited this facility
out near Hartebeespoort Dam.
And, nothing much has changed…which is a good thing. 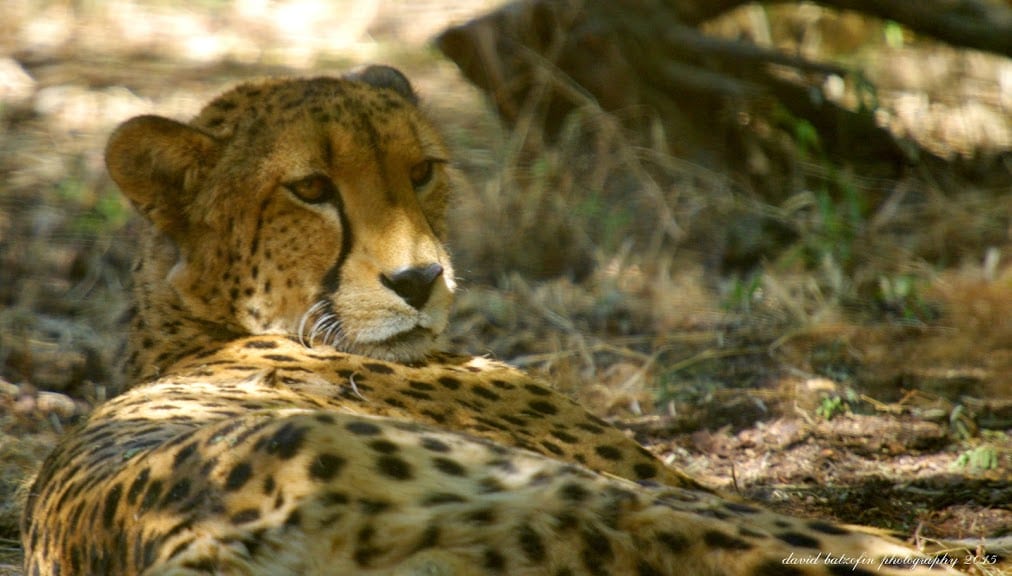 This is Yeats…one of several “Ambassadors” that the centre has
They visit schools etc and educate people about cheetahs. 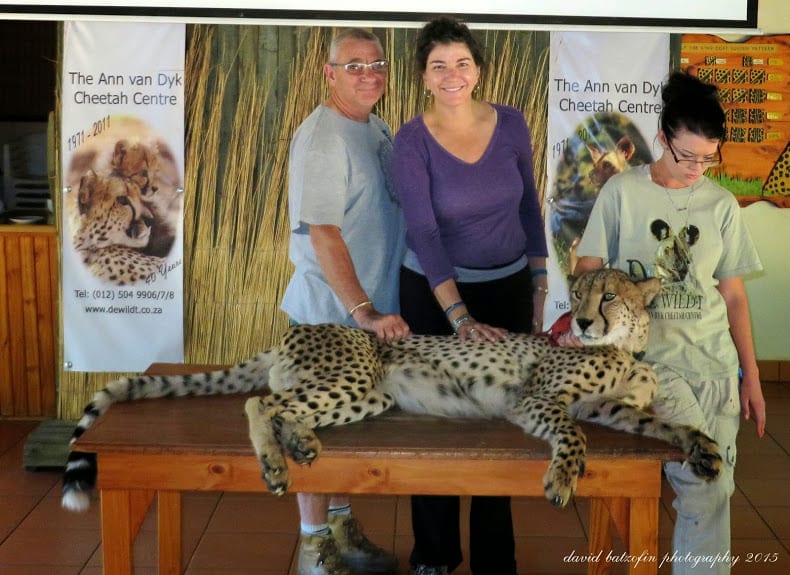 All the visitors were able to get up close and personal.
He has the LOUDEST purr…
Cheetah are the only predators that purr.
Although I have seen them in the wild, this is the first “hands-on” experience,
and he was much bigger than I expected. 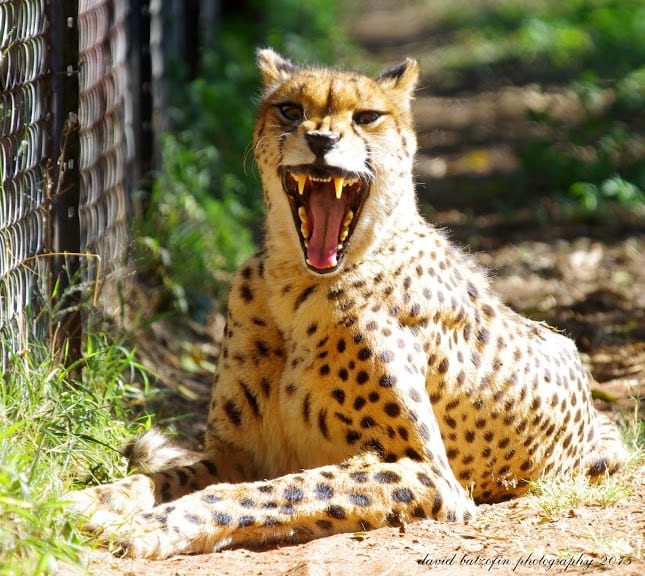 Not such a happy kitty. 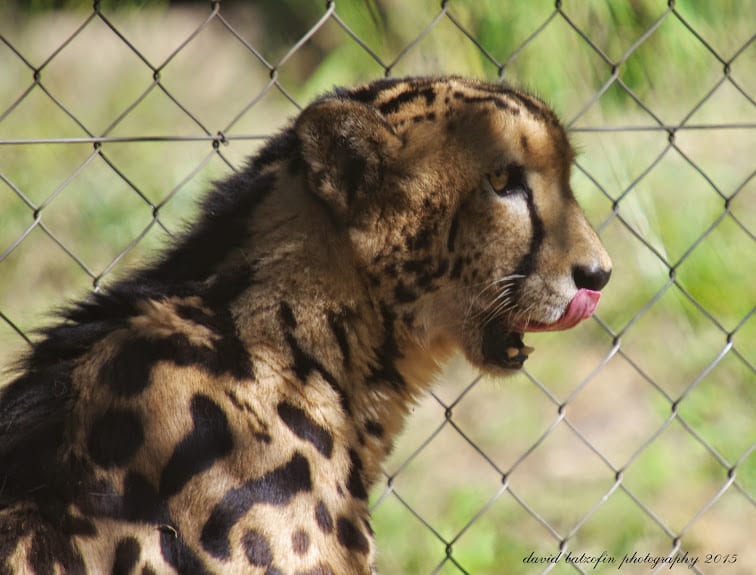 One of two King Cheetah that reside at De Wildt.
The King is NOT a sub-species as was first thought,
merely a genetic mutation of coat patterns 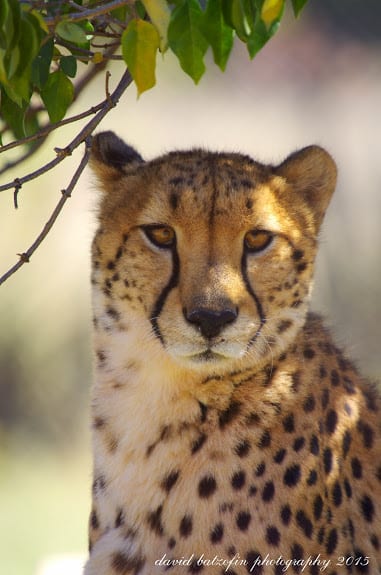 This boy supposedly does not like children…or men.
Luckily for our group, he was on the other side of a fence. 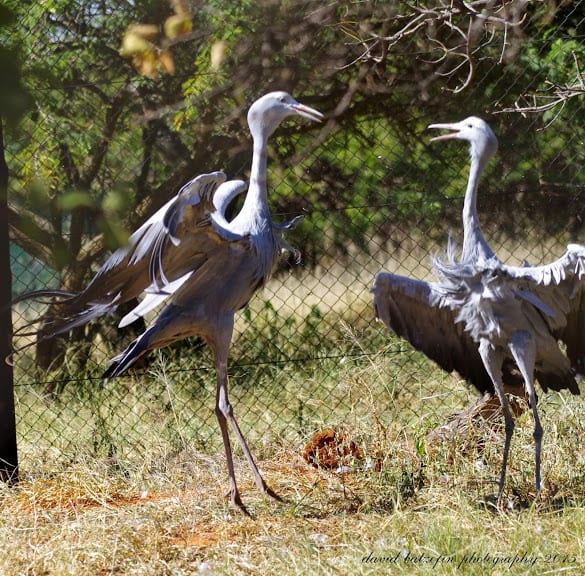 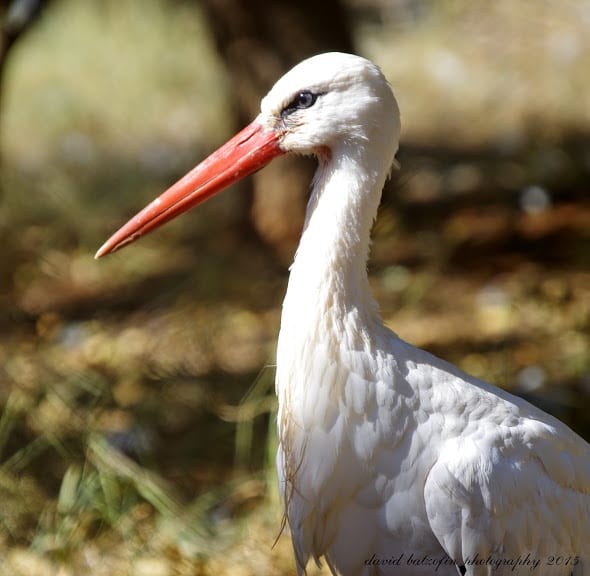 A European Stork…and no, this one did not have a baby clutched in its talons.
The storks are here because they were caught in a hail storm
and were badly injured. 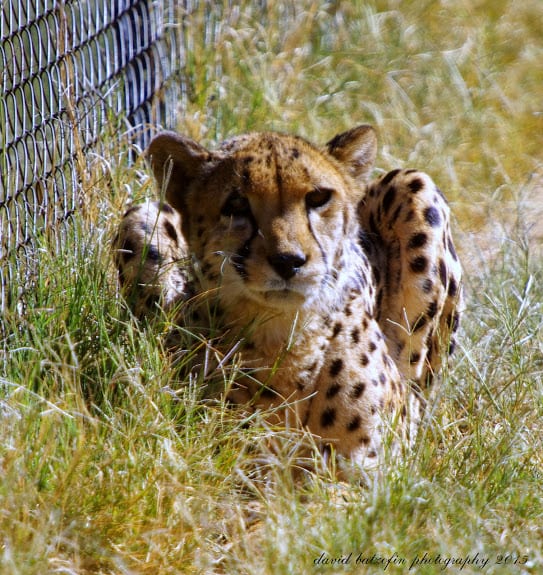 An animal with the best attitude…
“I can tackle anything”!
Honey badgers are the toughest mammal in South Africa.
They are afraid of NOTHING,
and have been known to survive attacks by lions
and snake bites. 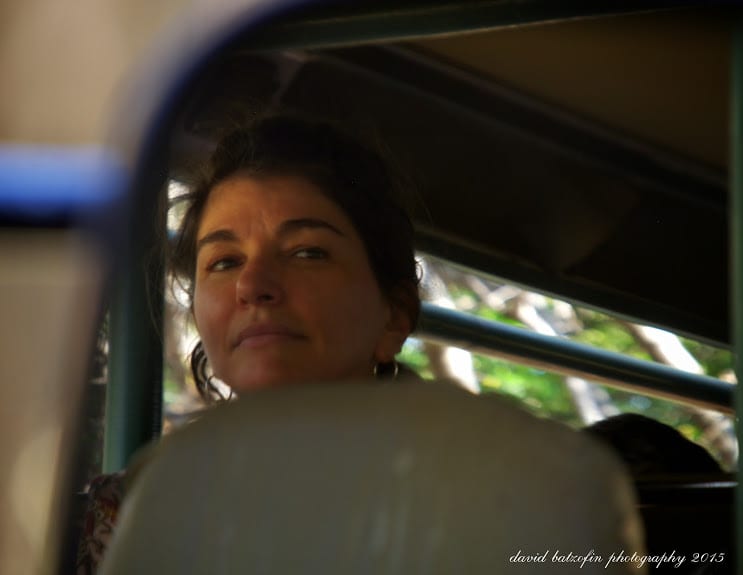 My wife, caught in a reflective mood. 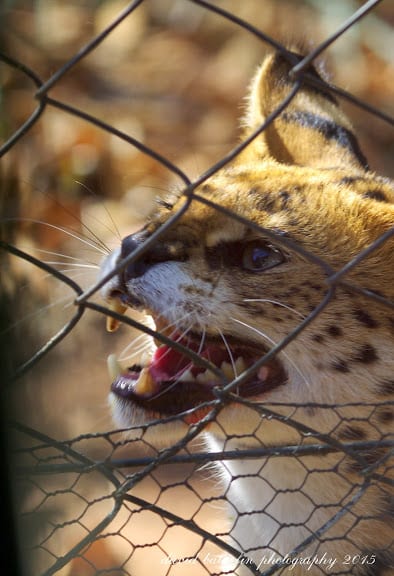 A not so civil Serval.
A nocturnal predator, who was not happy to be woken…
even if it was for food. 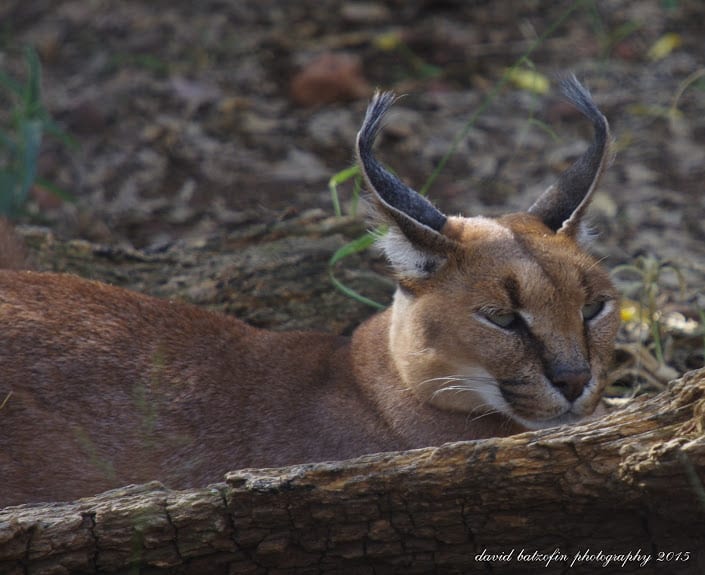 Love the ears…a Caracal.
One of the predators that farmers actively hunt
as they can decimate livestock. 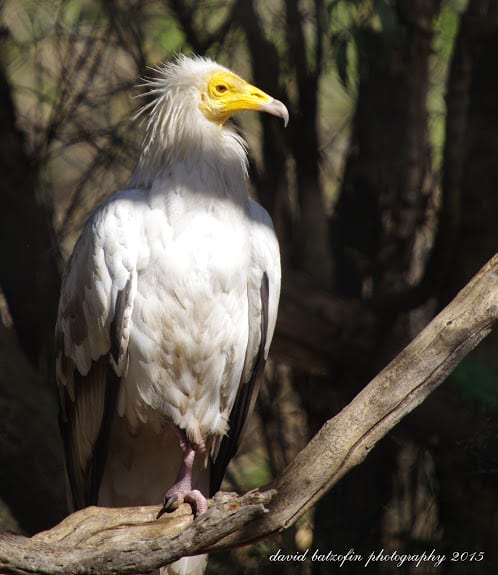 An Egyptian Vulture.
Extinct in the wild in South Africa. 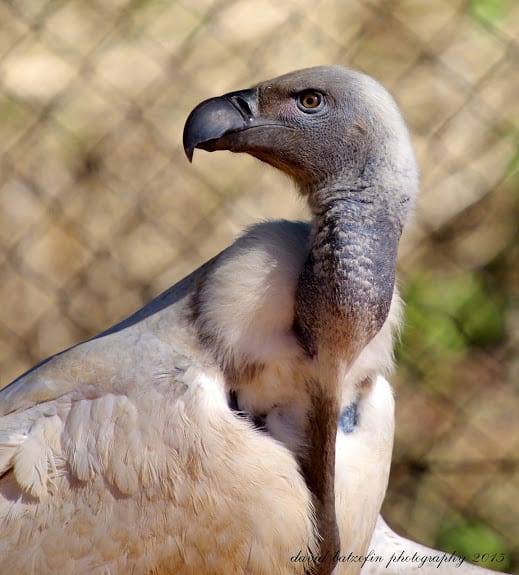 A Cape Vulture.
In order to kill predators, farmers often poison carcasses.
This random practice often has collateral damage.
Vultures being the unfortunate victims of this senseless act. 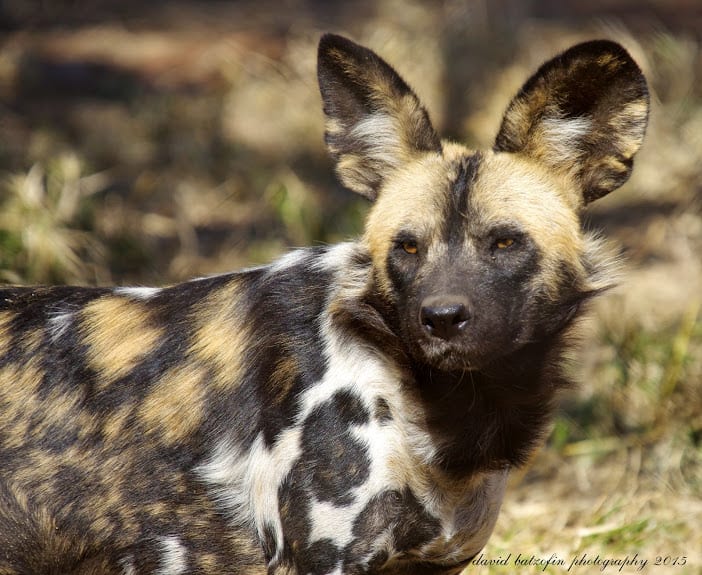 One of my favourite mammals.
Wild Dog…originally known as the Cape Hunting Dog,
or the Painted Wolf.
Their numbers in South Africa are decreasing at a rapid rate.
They are highly susceptible to rabies
and this often leads to the total decimation of packs.
As happened recently in a local game reserve were more than 20 dogs died. 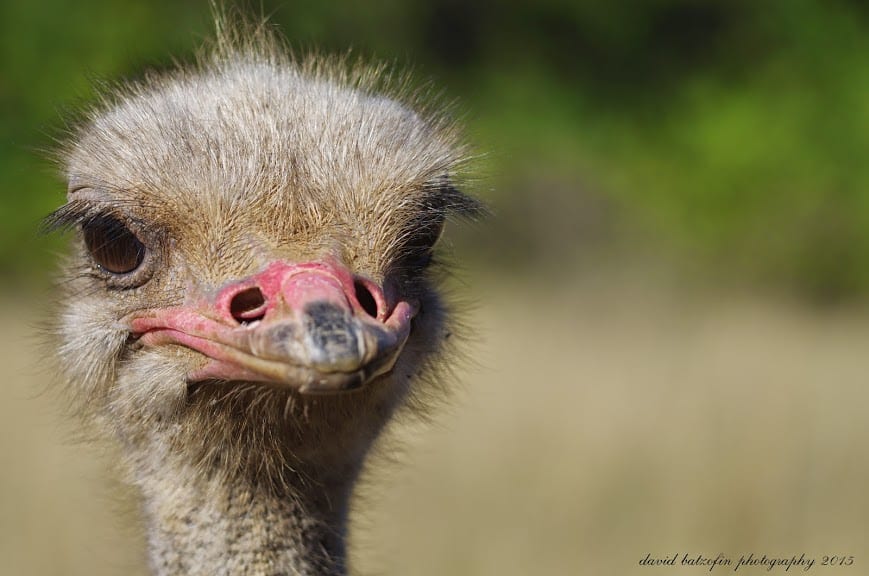 A curious Ostrich.
We were informed by our guide that this lone male has several personalities.
During our interaction, he showed only curiosity. 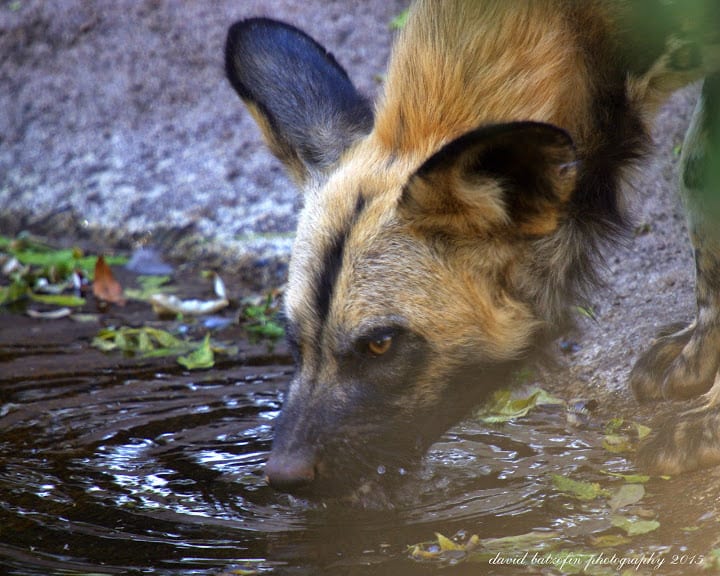 De Wildt are breeding Wild Dogs and are very successful at it.
Pups were born there recently, and although we got to see mom and dad,
the youngsters did not make an appearance. 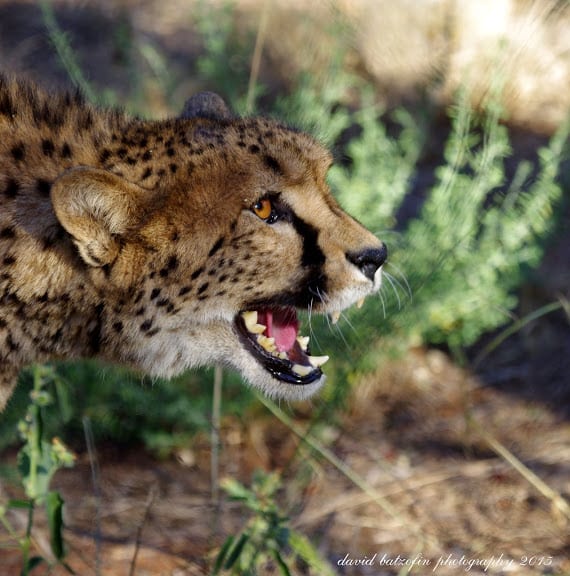 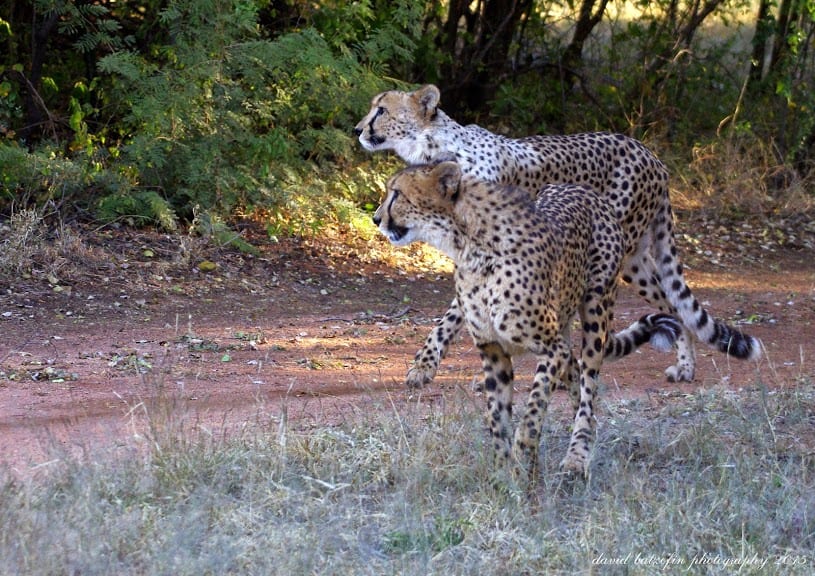 “Feeding time”?
“Perhaps if we run after that big green vehicle, we will find out”.
To find out more about the centre, visit their website.
http://www.dewildt.co.za/

A day in the life…

Road tripping with my daughter…

We head towards Citrusdal and the wild flowers.

A compilation of sightings during game drives from Mjejane River Lodge.