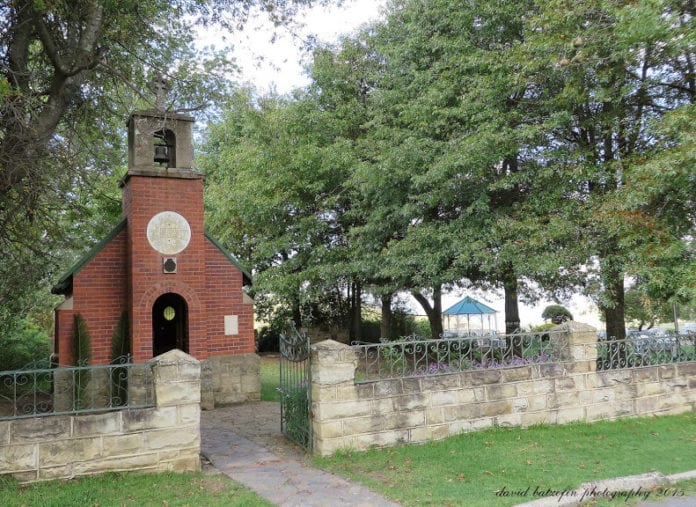 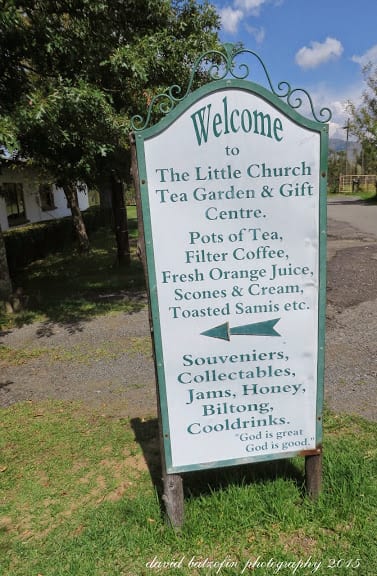 On our recent return trip from KZN,
we stopped off here for a cup of coffee… 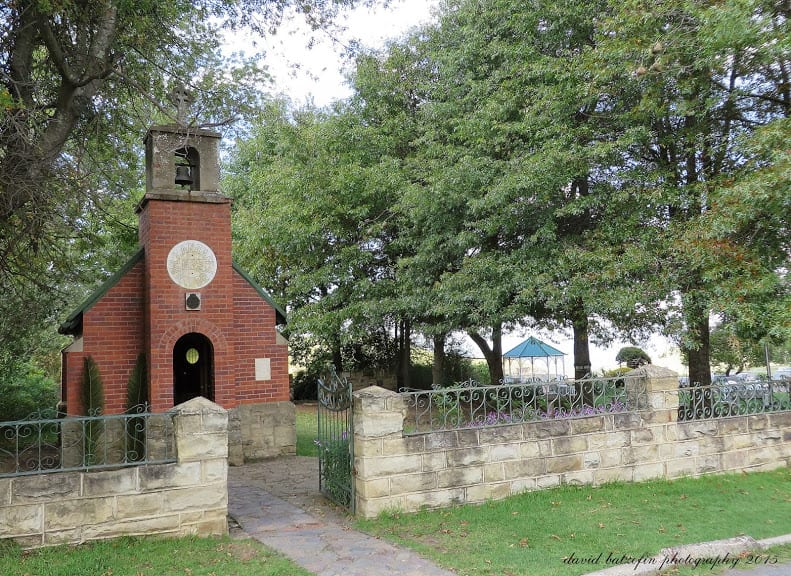 This is the smallest Catholic church in the Southern hemisphere.
According to their website, they will marry anyone at anytime.
The church is situated outside Van Reneen,
behind a derelict petrol station. 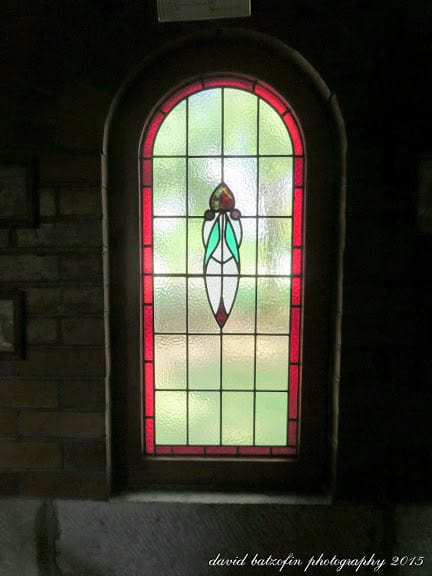 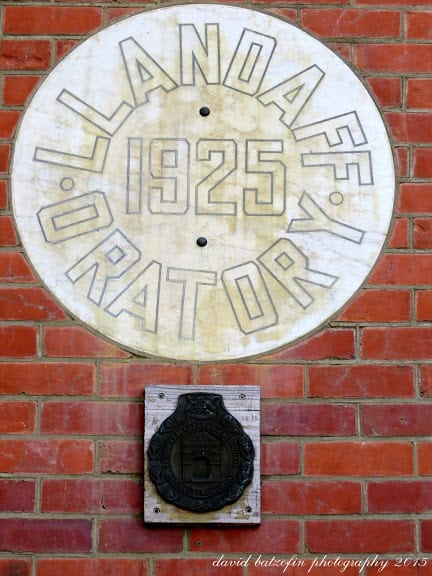 It is now a historical monument 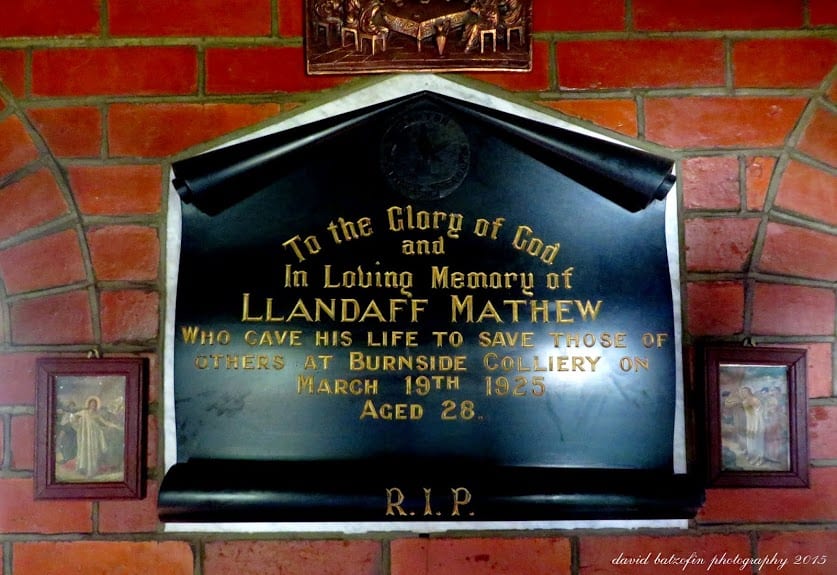 To find out more about the mining disaster,
http://en.wikipedia.org/wiki/LLandaff_Oratory 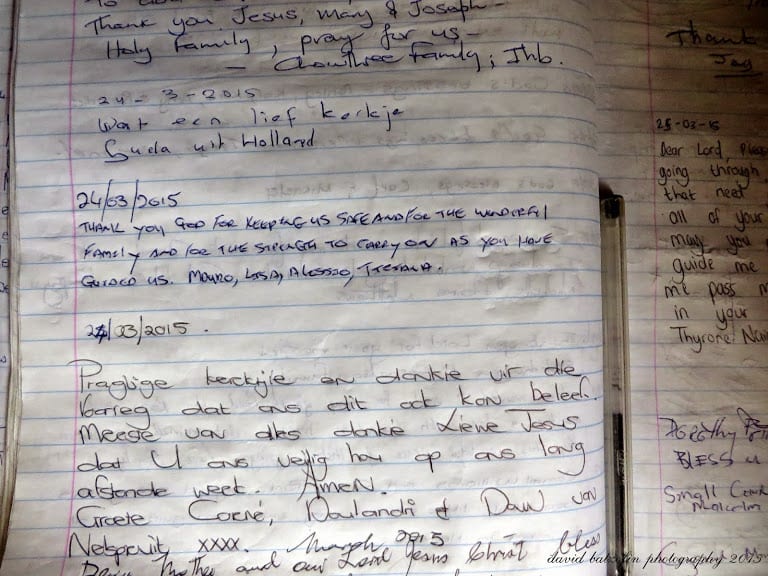 The guest book says it all… 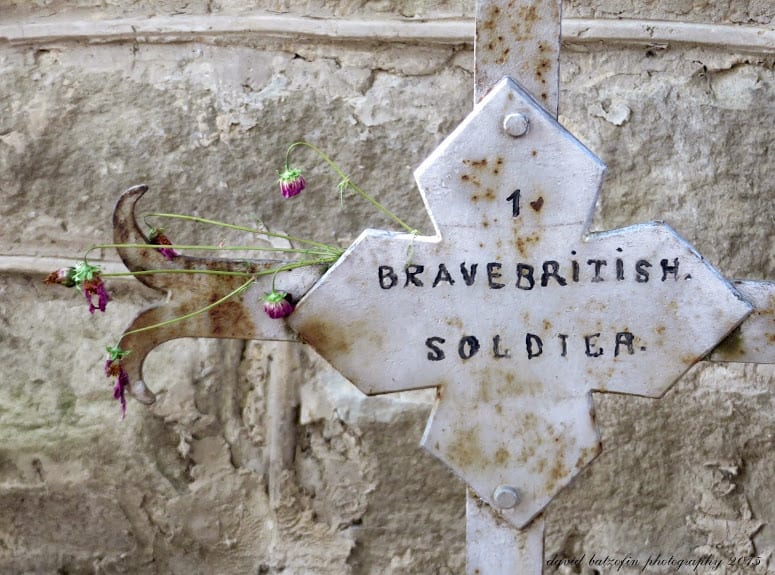 Alongside the church is a small memorial garden.
I found this there.
I wonder who he was… 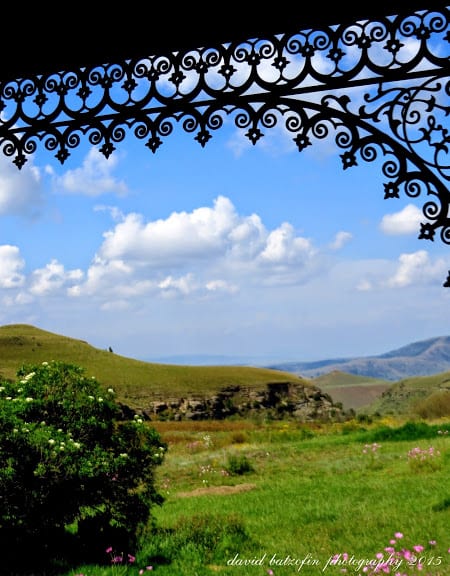 There is a gazebo in the grounds of the adjacent tea garden.
This was our view.
After several overcast days, the blue sky was most welcome 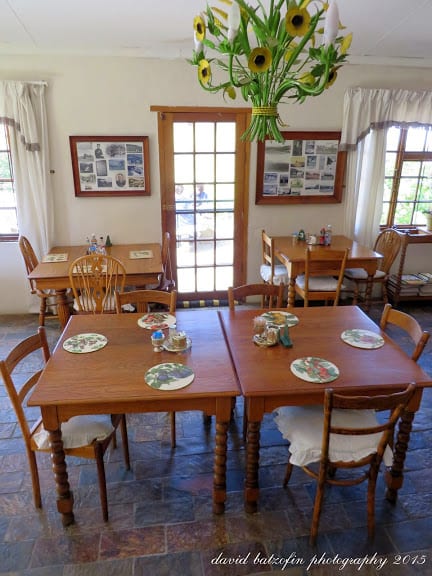 This dining area can be found alongside the shop. 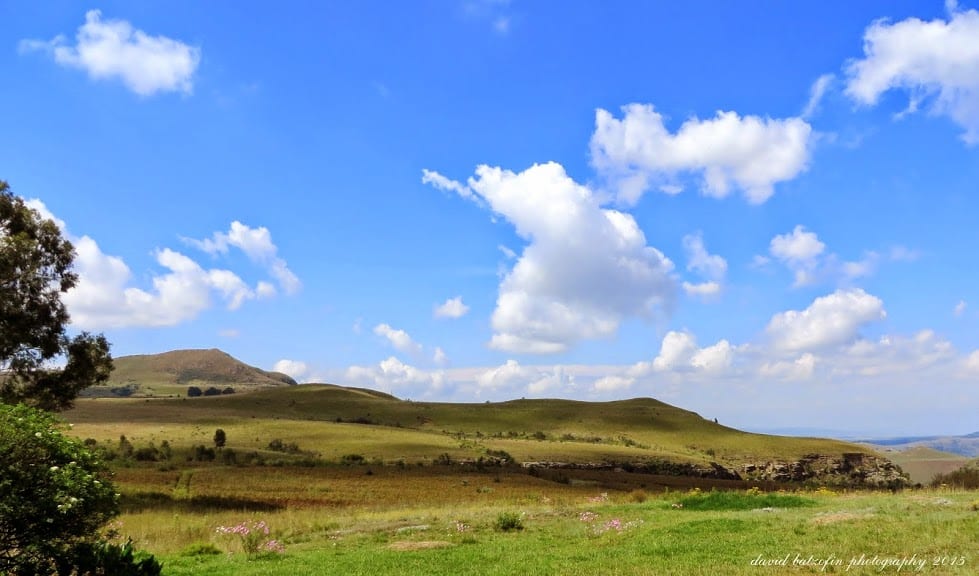 The rolling hills of  KZN .
As seen from the grounds of the tea garden 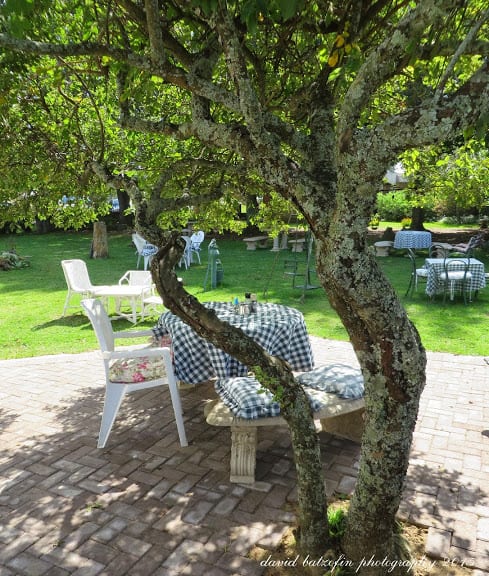 We eventually chose to sit under this tree… 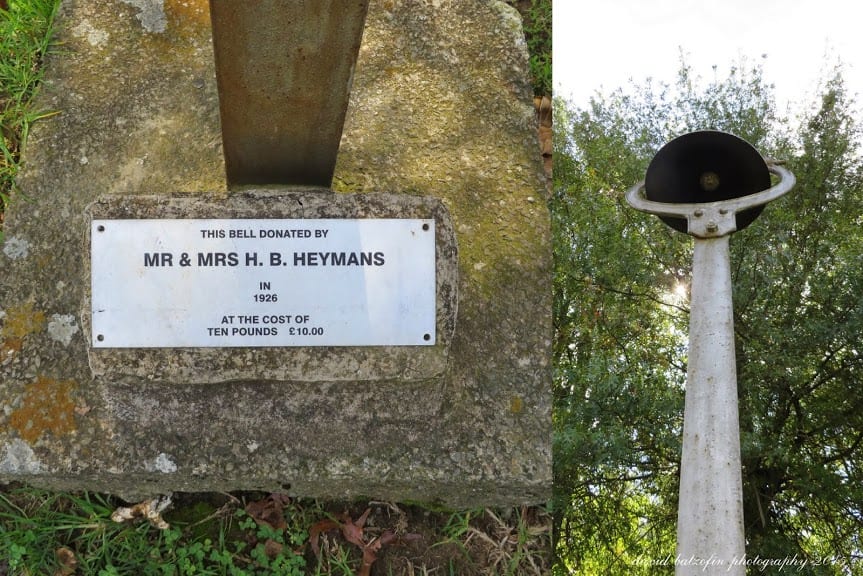 I wonder what this bell would cost today. 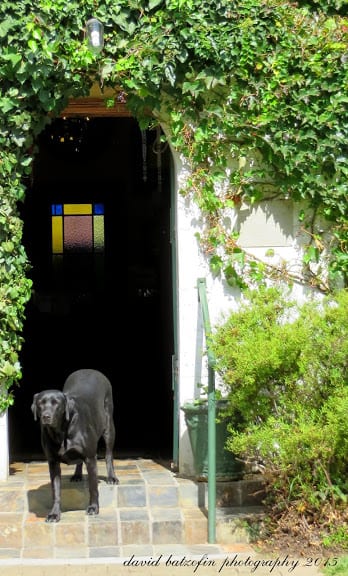 We did not find any cats, but this Lab did eventually greet us.
I was told by one of the regulars that the venue is pet friendly 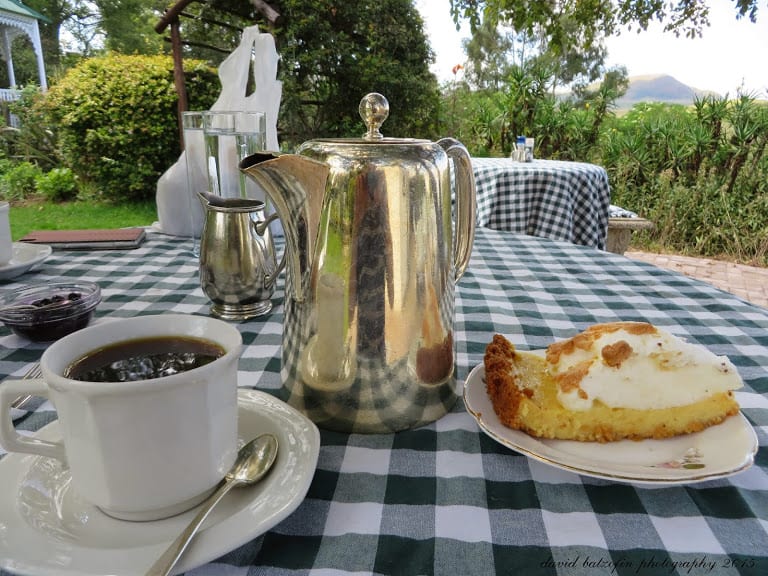 It has been a while since I have seen a coffee pot like this.
The last time  was on a train…
when they were still run by the South African Railways and Harbours…
back in the “70’s 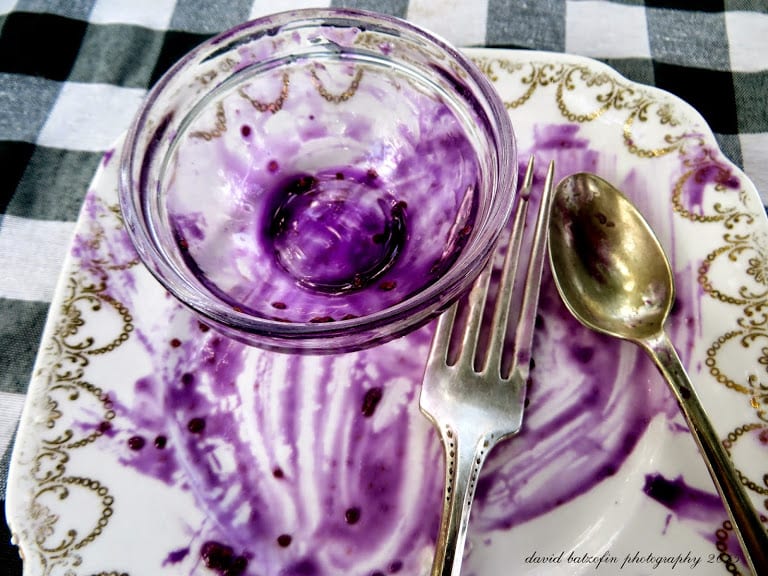 All that was left of my wife’s scones with jam and cream. 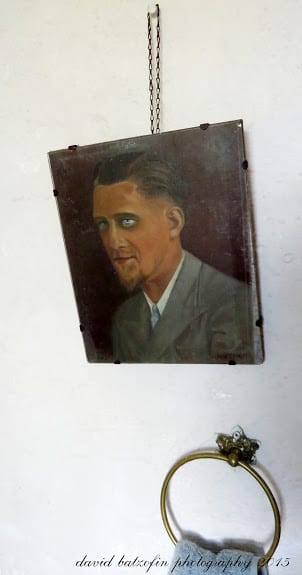 I discovered this in the gents toilet.
SCARY! 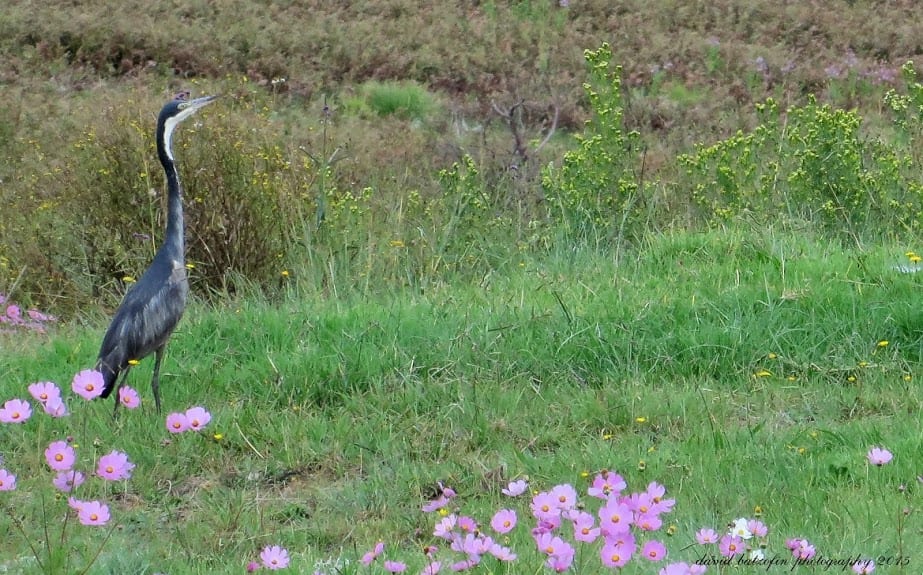 This Heron dropped in as we were about to leave 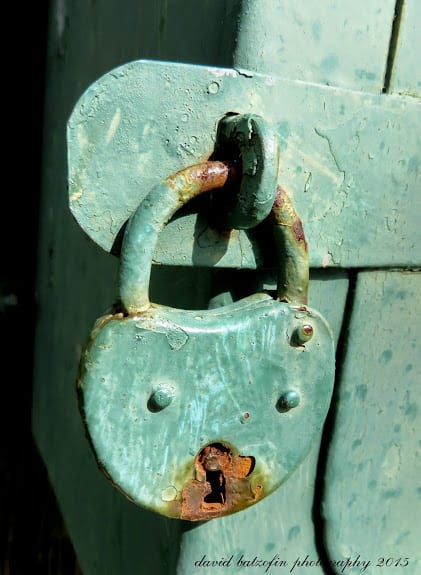 They have the LARGEST lock on a very small postbox.
We spent about 30 minutes here, enjoying the scenery and the hospitality.
A good spot to take a break, whether you are heading to or from Gauteng.
But our return trip was about to take an interesting turn

Although I use the speedometer on the dashboard,
I tend to use the speed as indicated by my GPS.
There was a 10kmph difference between the two,
and I was interested to find out which one was correct. 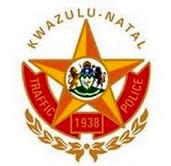 And thanks to an officer manning a speed camera,
I found out!
According to my GPS, I was doing 120…
The camera reading…136!
So now I know…

I have to say that the officer was very professional, and courteous.
I never understand why motorists who are in the wrong get aggressive.
We had a chat…and he pointed out the folly of NOT believing my speedometer.
The fine could have been a hefty R700.00, but he let me off.
Further down the N3, we found several more speed traps.
KZN has a zero tolerance policy when it comes to breaking the law,
and I am glad that I now know NOT to trust that GPS for anything other than directions.