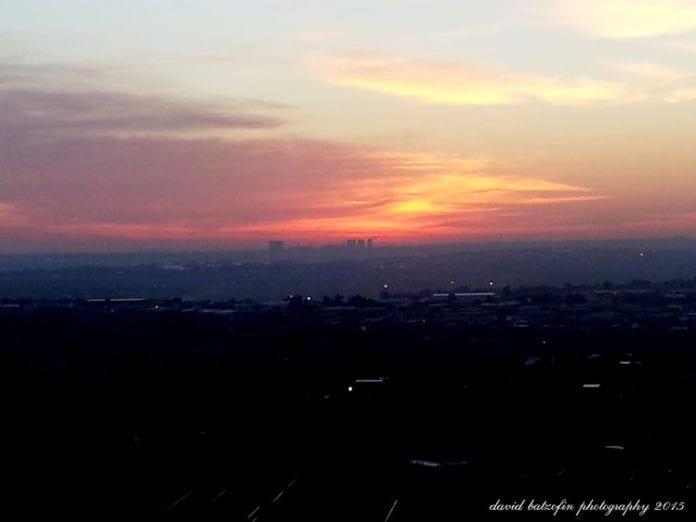 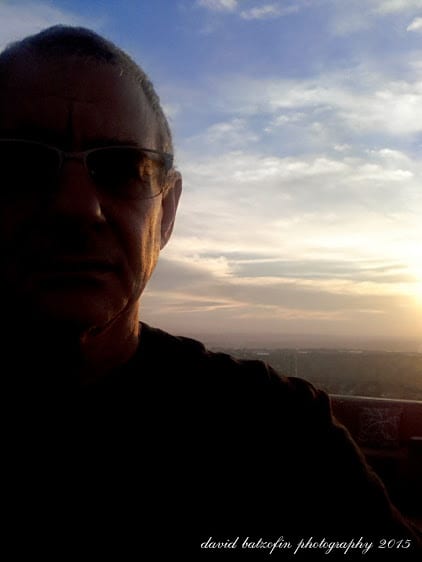 Early morning “selfie”
I am told that glare I more often than not,
hence me putting myself into the shadows. 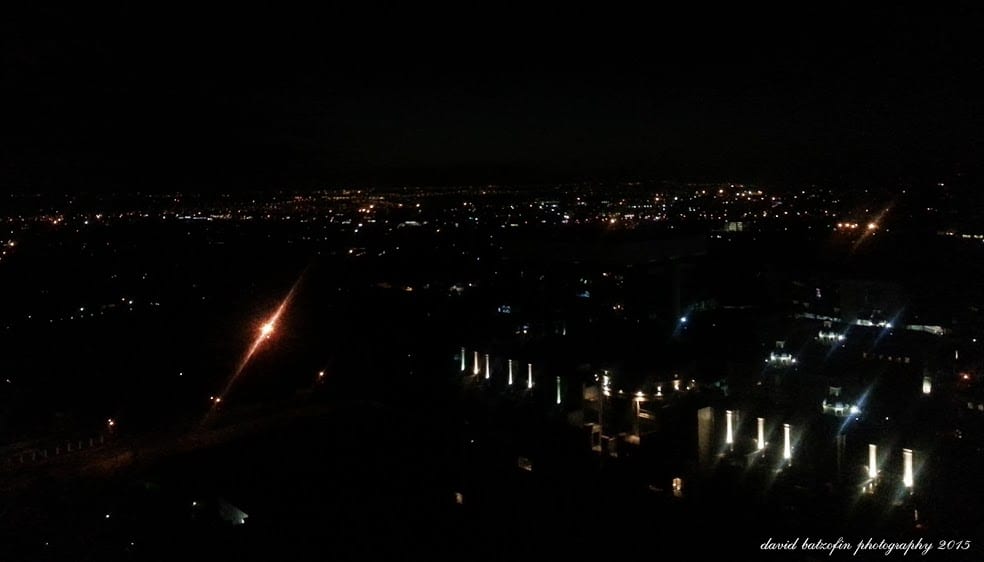 Is this the richest skyline in South Africa?
Being involved in television has an upside…
On this occasion, the benefit of getting up at 04h00 is watching
the sunrise over this part of Johannesburg. 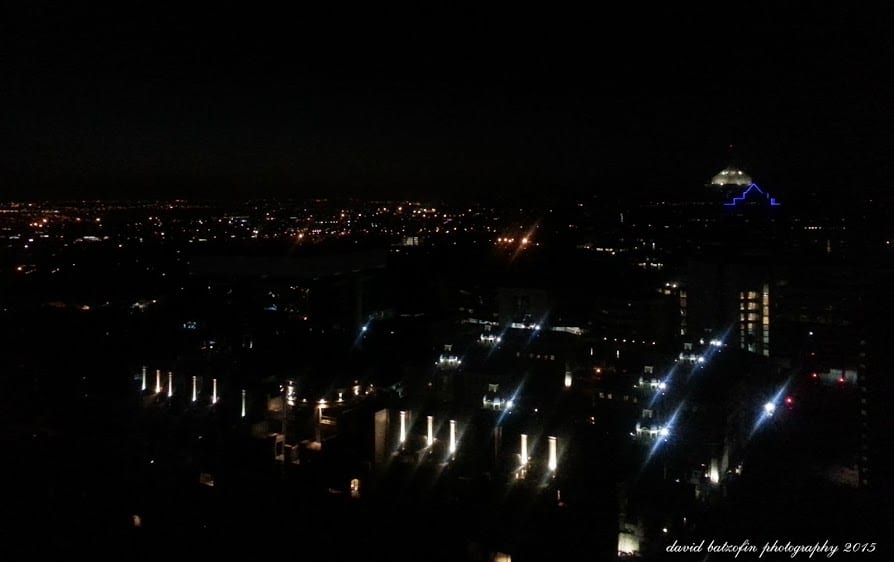 While doing preparation for the tv shoot,
I was able to capture the sunrise over this segment of Johannesburg 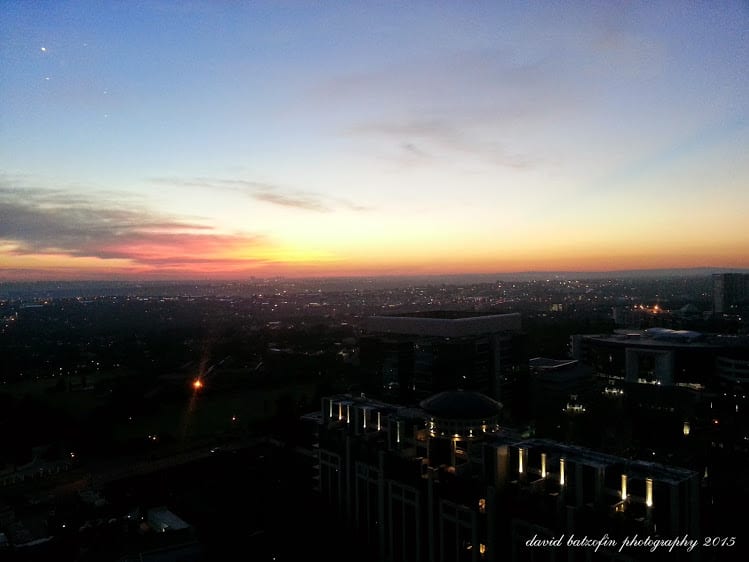 Way off in the distance is a private power station in Modderfontein,
belching smoke into the air that we breathe. 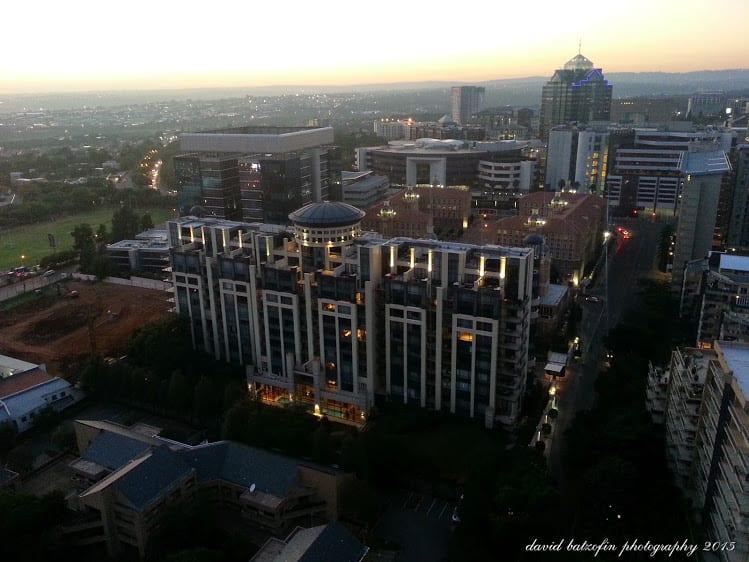 I noticed that there is an indoor lap-pool in the building in the foreground. 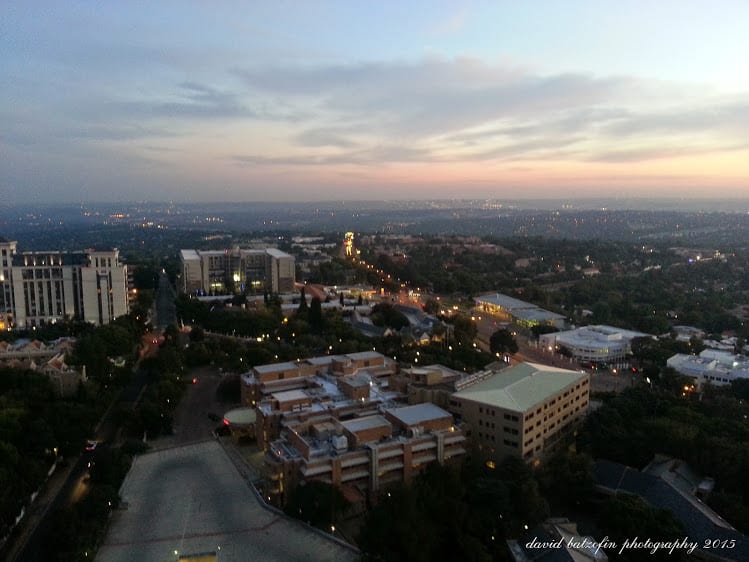 Looking north towards the Magaliesberg mountains.
Traffic was already starting to pick up 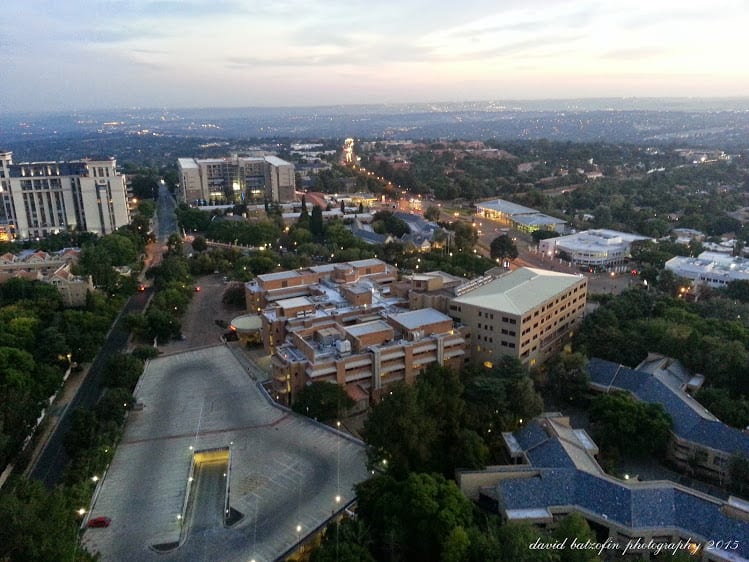 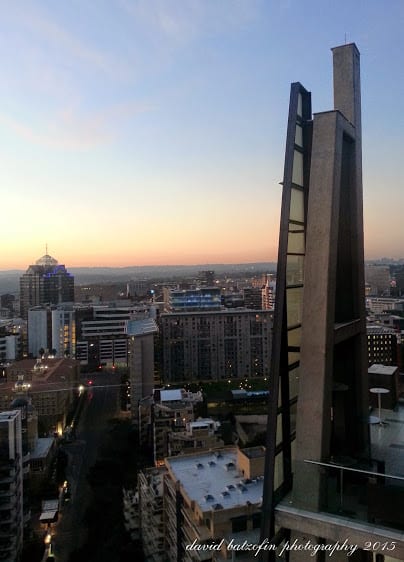 Sandton City on the left of this picture.
The ledge on the right is part of a balcony on the 19th floor 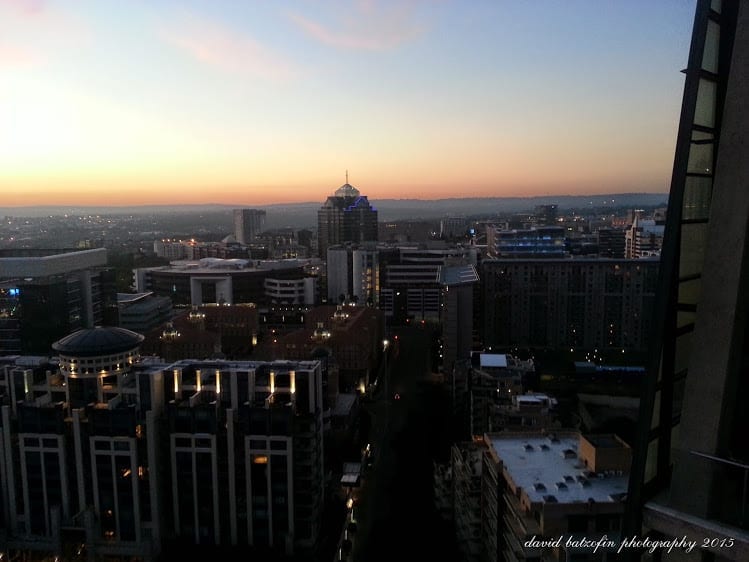 Watching the changing light creep across the horizon 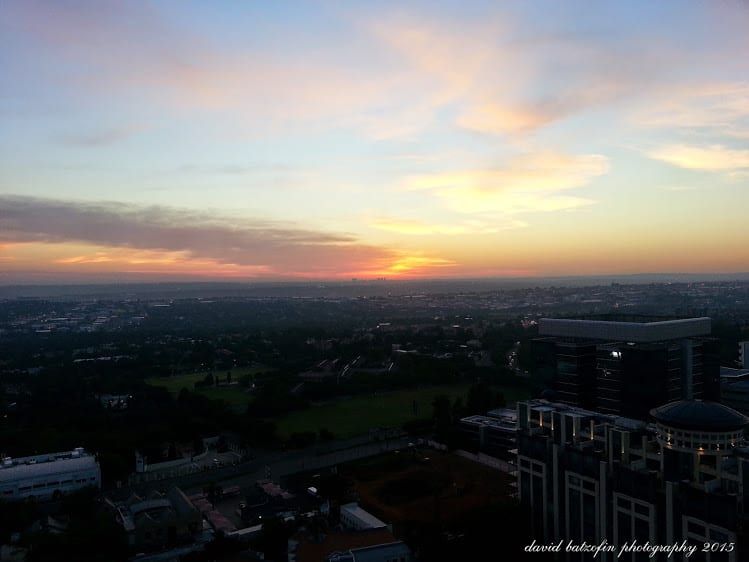 In Africa it seems that the sun takes a while to crest the horizon.
Once it has, it then seems to decide to get into the sky as quickly as possible 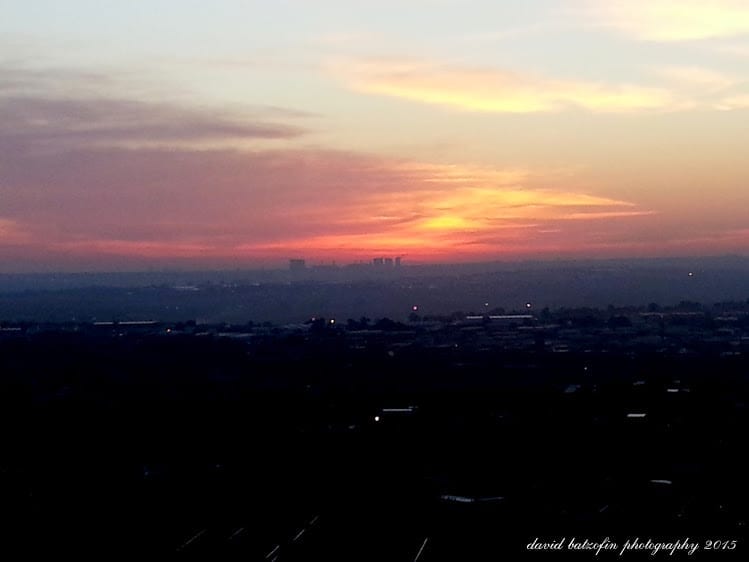 The three stacks of the aforementioned power station 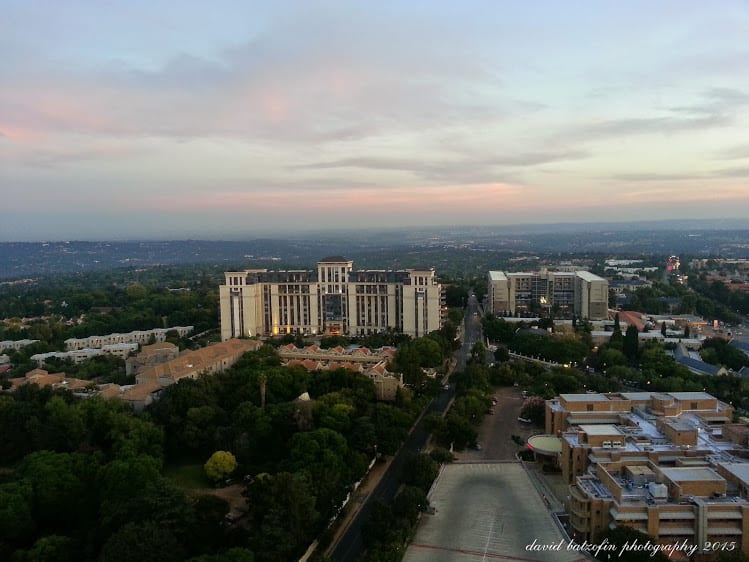 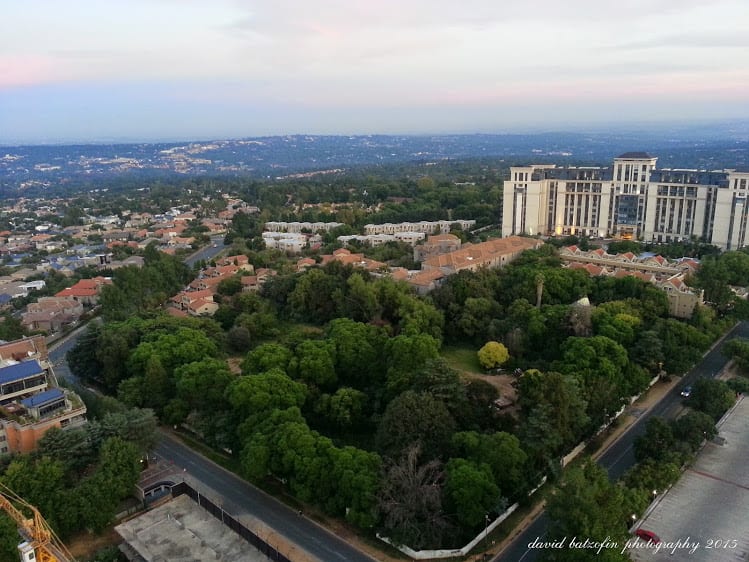 Even though building stand cheek-by-jowl,
there is STILL a lot of green left. 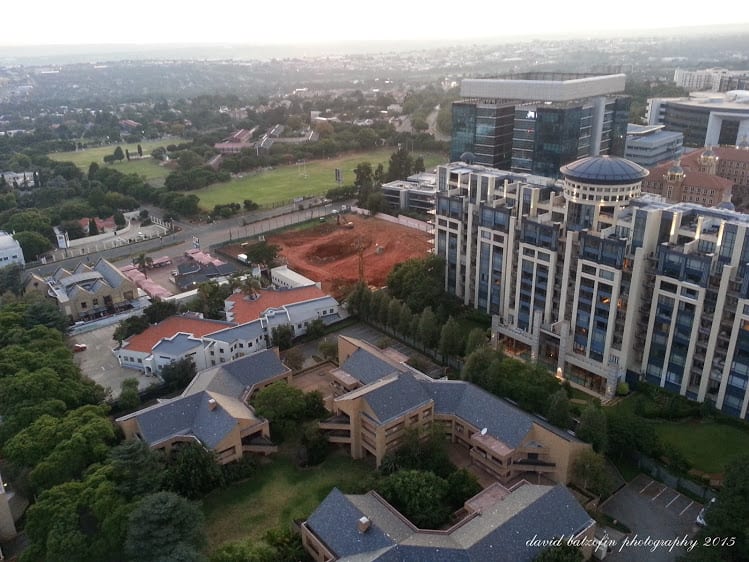 From my vantage point,
it was easy to see how much building was in progress.
Although at this early hour, there were no workers on site 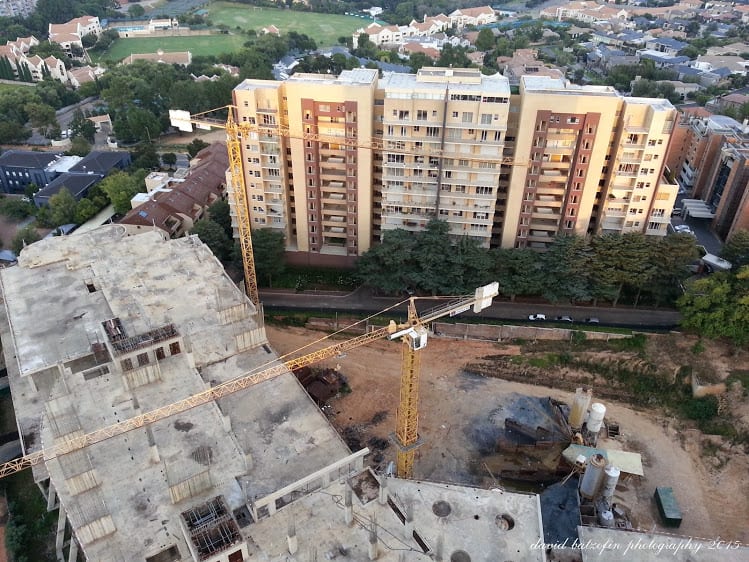 More building work to the east.
From the balcony on the 20th floor,
I could see building going on in almost every direction.
It is not often that I get to see Sandton and the surrounds from this height. 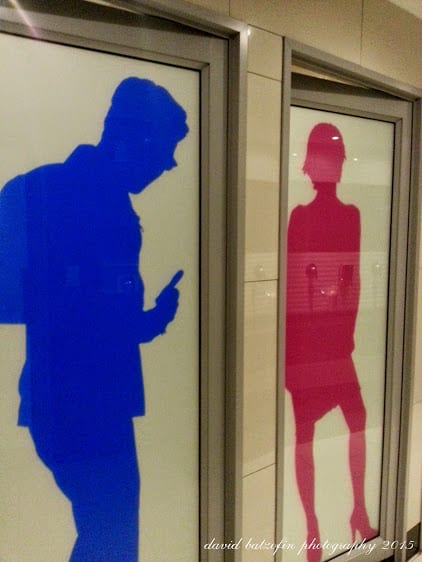 And in other news…
The door to the toilets on the 20th Floor just has “The Loo” on it
Inside you have a choice…
There are more toilets for women than men.
Happy days…the shape of things to come?
And speaking of shapes, what are these silhouettes representing,
aside for the obvious male/female 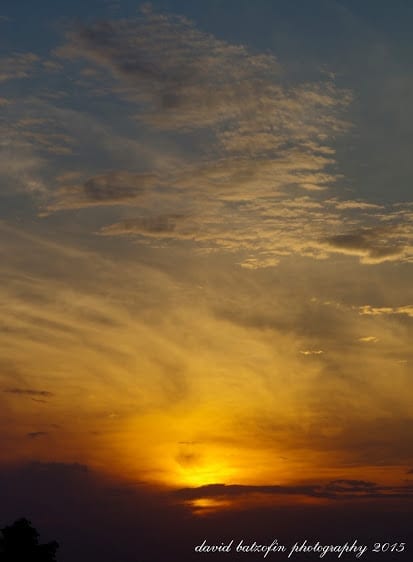 Become a tourist in your own city. 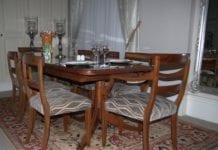