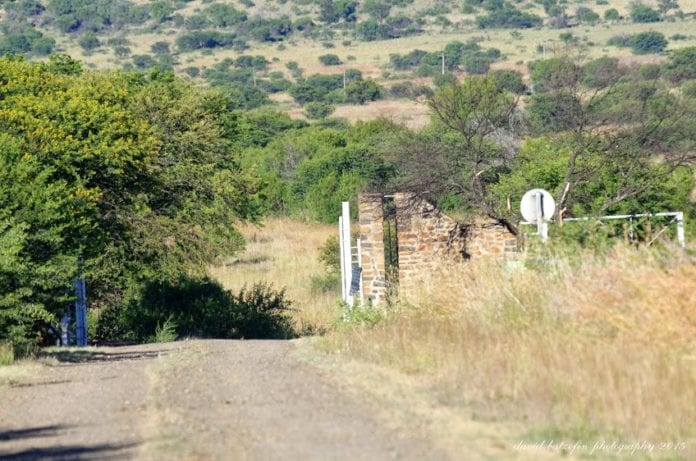 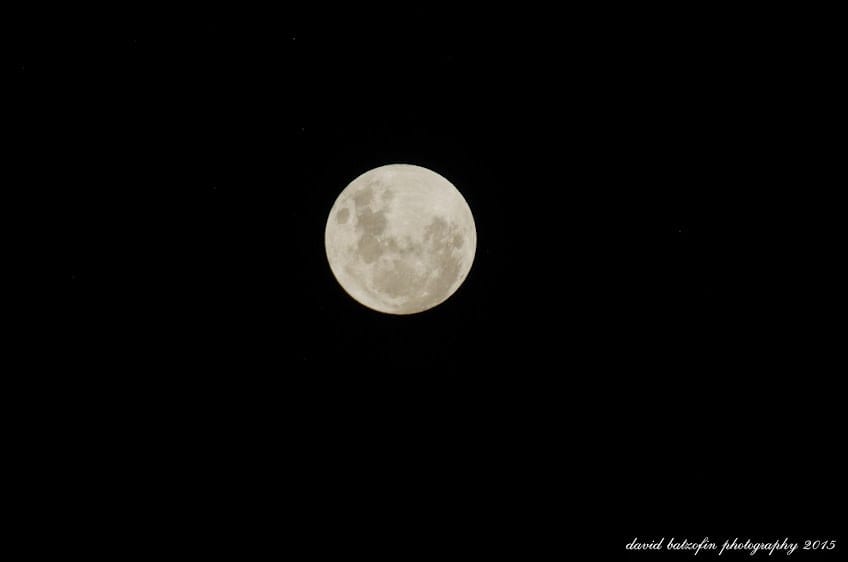 I do enjoy my work!
An email, phone call, meeting and I was off on a short road trip.
And I got to spend a night in the bush under a full moon.
I had to take a visiting TV director to a game reserve that I last saw in 1967! 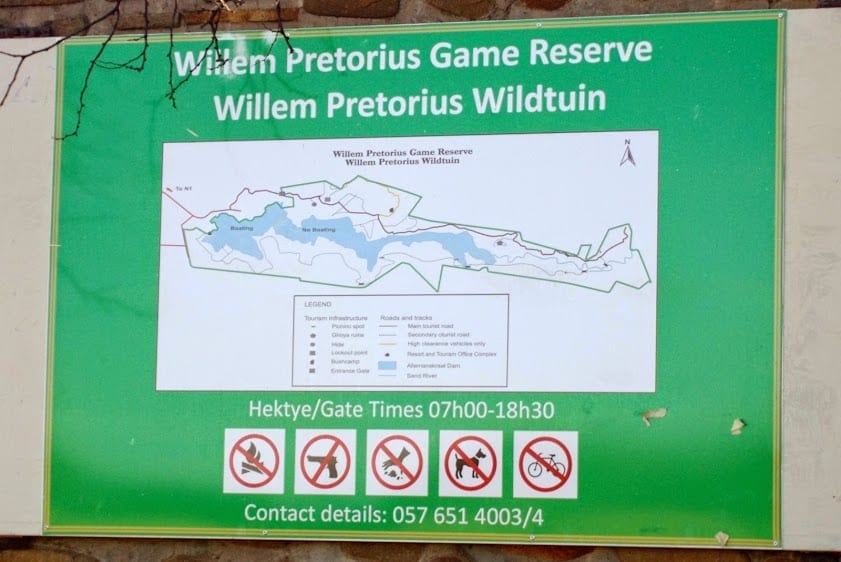 A short 3 hour and one Wimpy meal from Johannesburg is this reserve.
And currently home to a film crew, and giraffe research team. 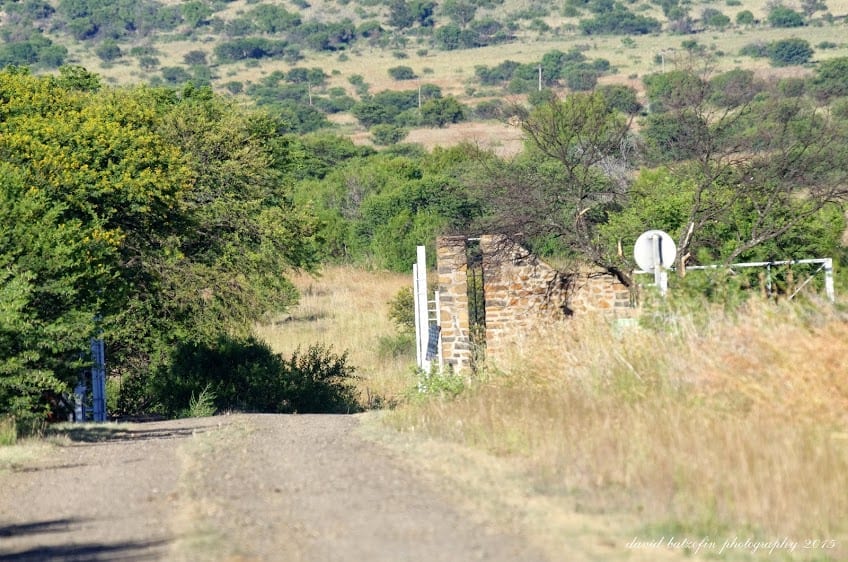 The entrance…not what it used to be back when I first visited.
And, the gate is now locked from 18.30 – 07.00.
This is due to the fact that the reserve has lost a rhino to poachers. 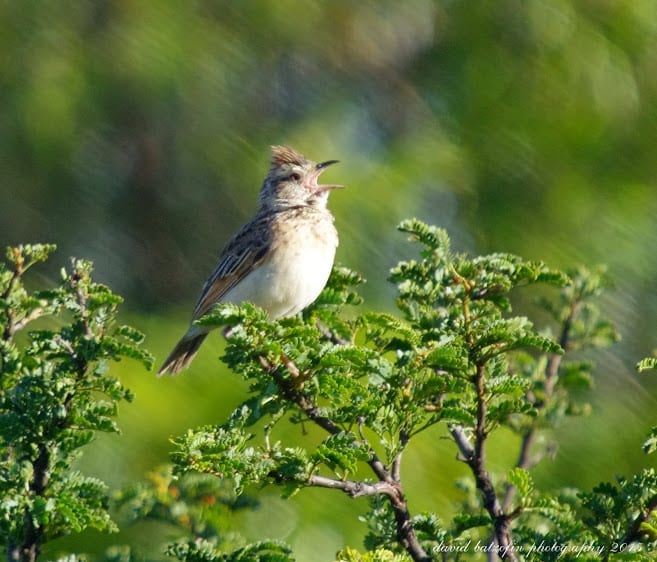 Rufous-naped Lark.
The reserve is home to 246 recorded species.
Some are “vagrants” or are not seen regularly.
But the majority can be seen all year round 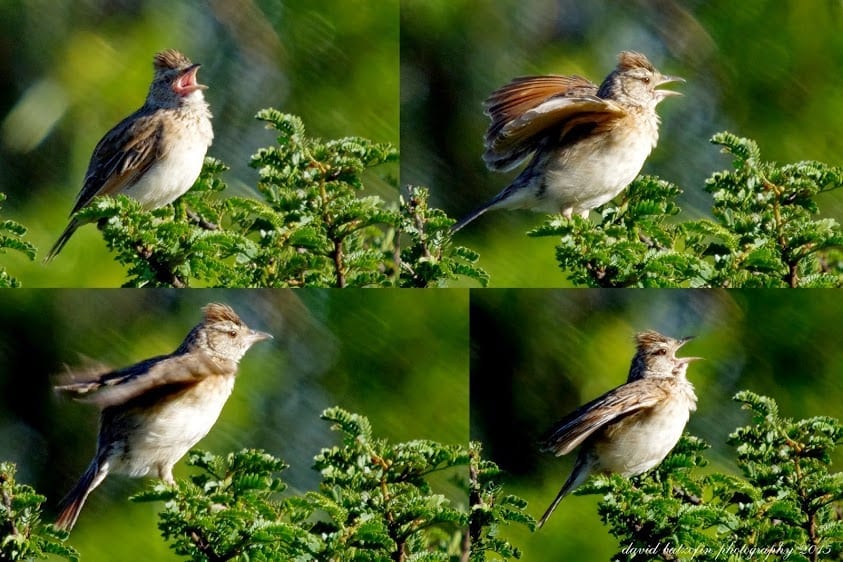 “Happy as a Lark”…
This one certainly was… 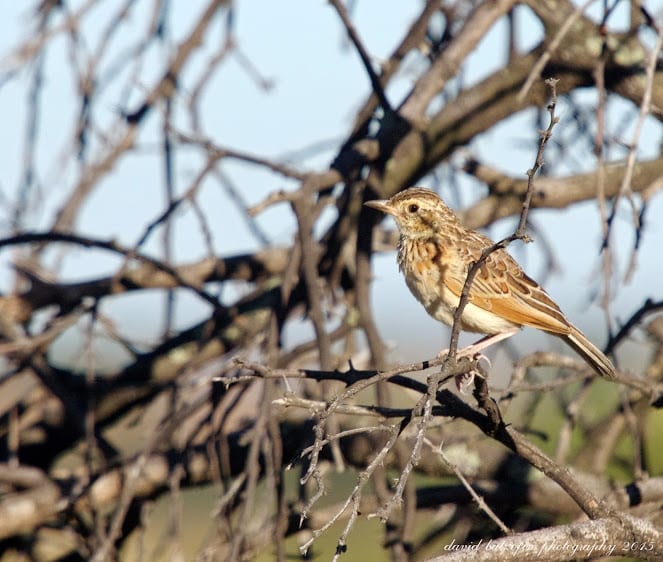 African Pipit.
Years ago I did a “Pipets and Larks” course,
but I still have difficulty telling them apart! 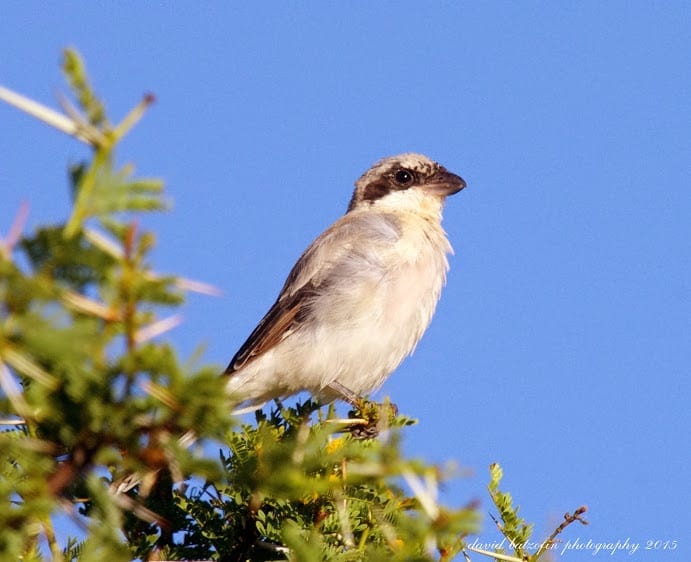 Lesser Grey Shrike.
I was able to take a slow drive from the research camp back to the gate
before returning to Johannesburg.
With the sun behind me, it was “easy” capturing the bird life. 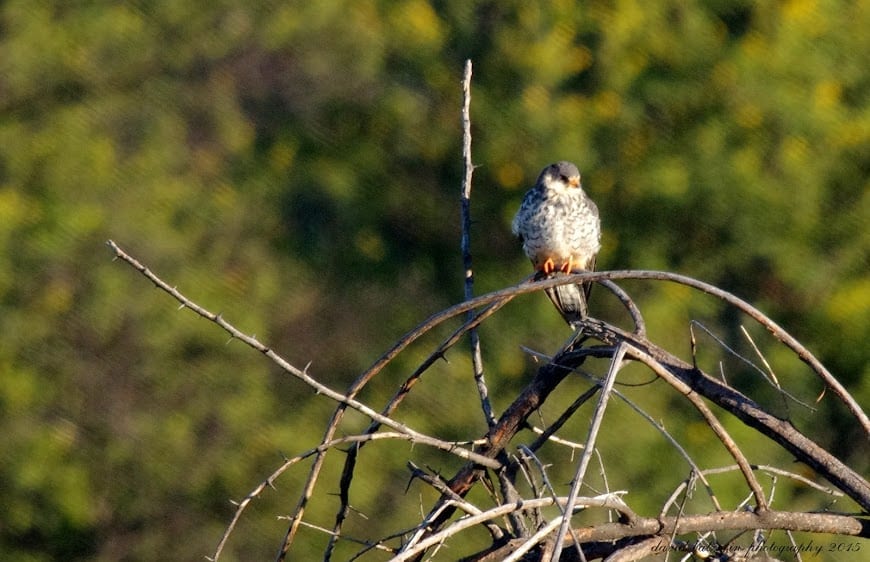 Female Amur Falcon.
This particular subject was not playing along.
Features fluffed up to get some warmth from the early morning sun 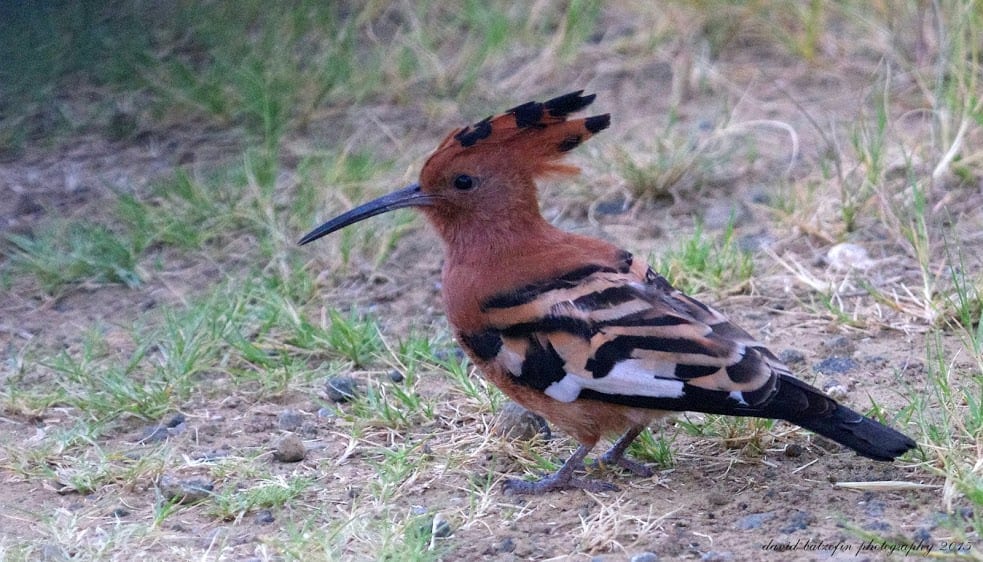 African Hoopoe.
I found four of these walking alongside the road.
Probably the most I have seen in one place for a long while 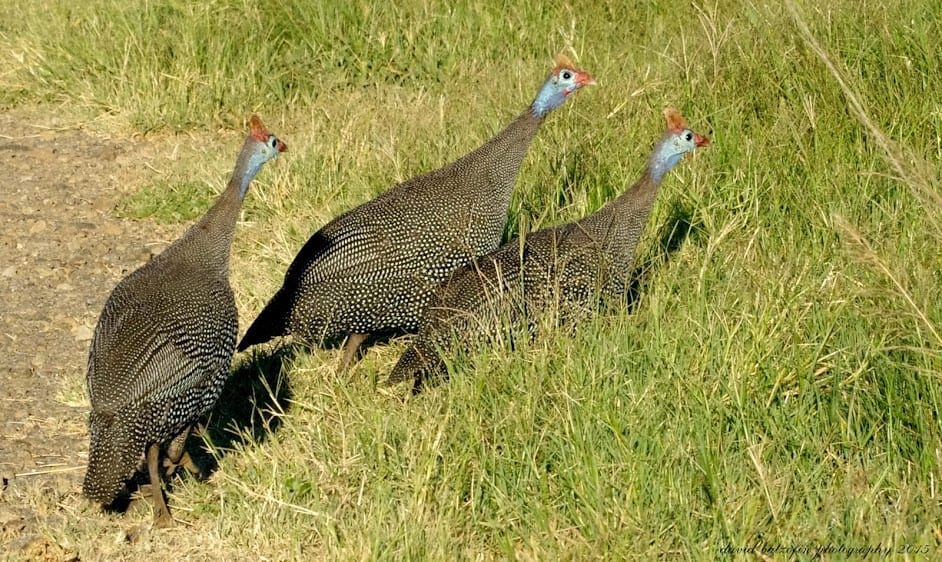 Helmeted Guineafowl.
For the longest time, I was under the impression that this bird could not fly.
They seem to resort to flight as a last resort. 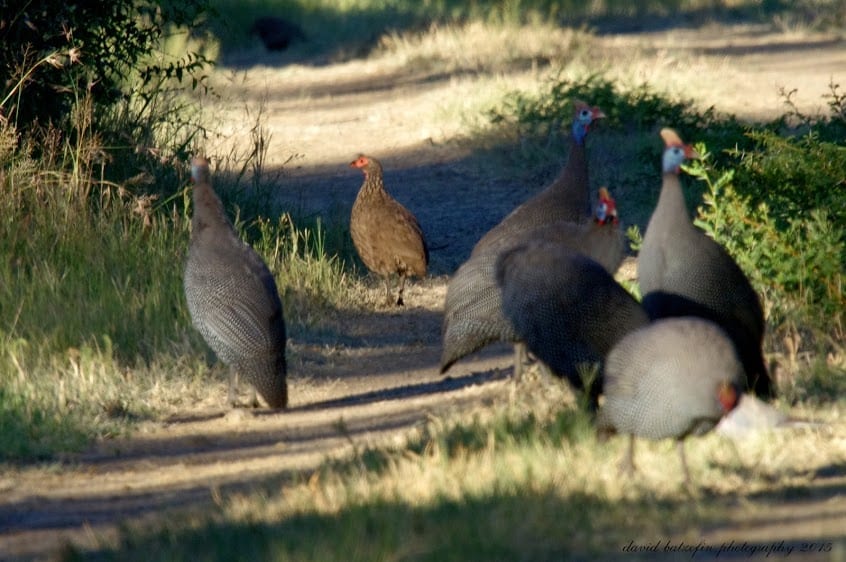 Swainson’s Spurfowl.
This Spurfowl shows similar behaviour.
It will run alongside or in front of a vehicle, until forced to fly.
They are a source of amusement for me as they run faster and faster
instead of just flying. 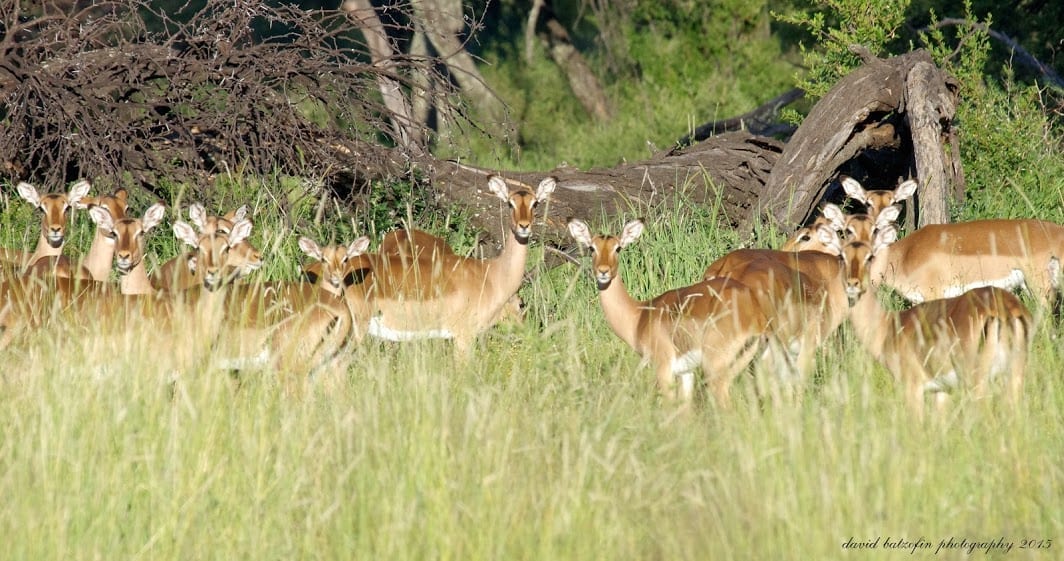 Impala…
The only game species I was able to photograph.
A very large of females.
I did see buffalo, eland, giraffe and zebra…
but all too far away to photograph 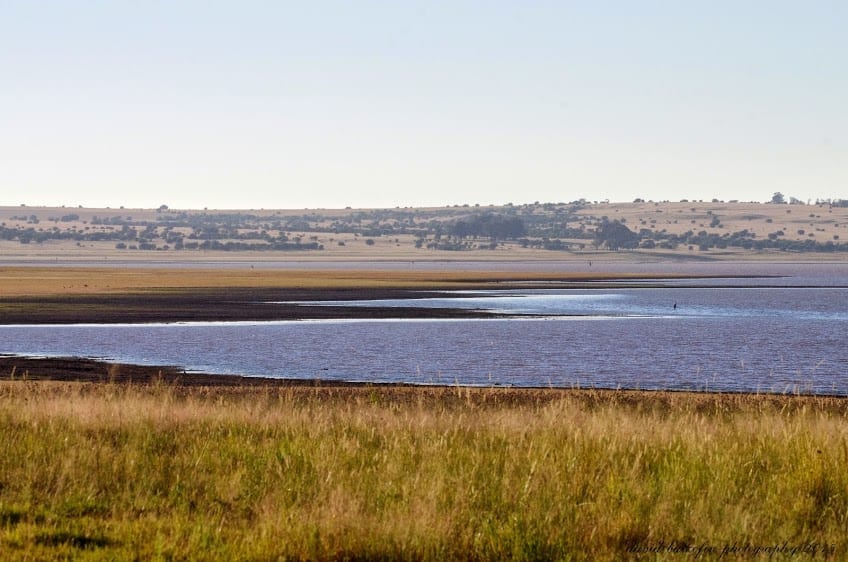 The Allemanskraal Dam that forms part of the reserve. 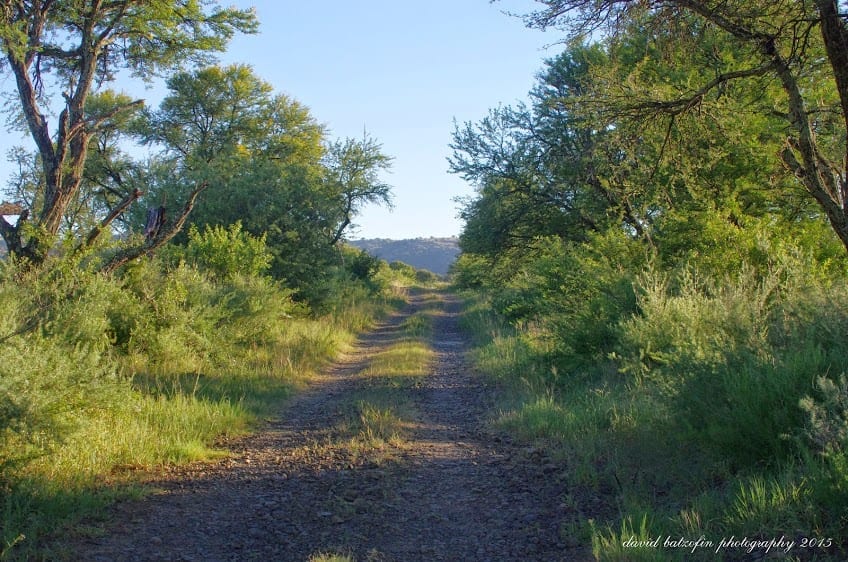 The roads in the reserve used to be tarred.
Unfortunately, they have fallen into a state of disrepair,
but are still usable in a non 4×4 vehicle…
as I discovered when I took a wrong turning. 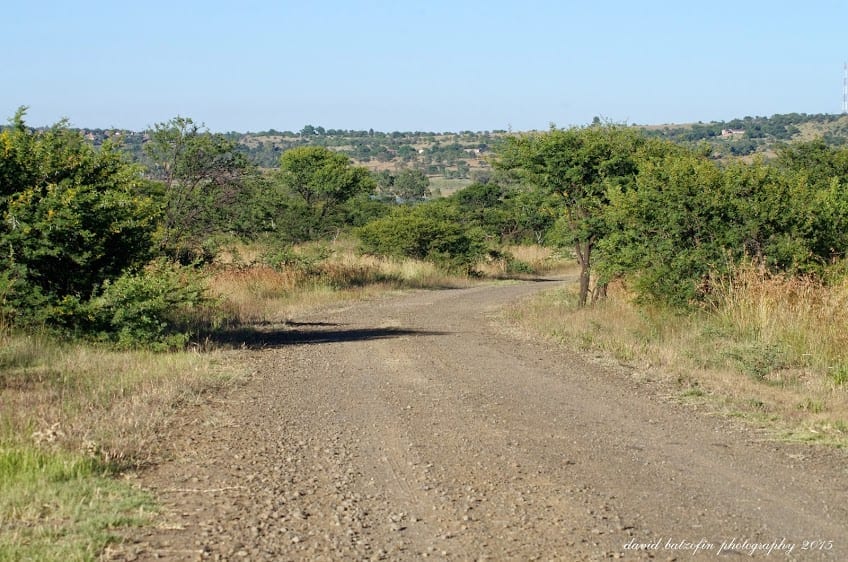 Some of the road surfaces are better than others.
I followed the correct road back to the gate, and it was a pleasure. 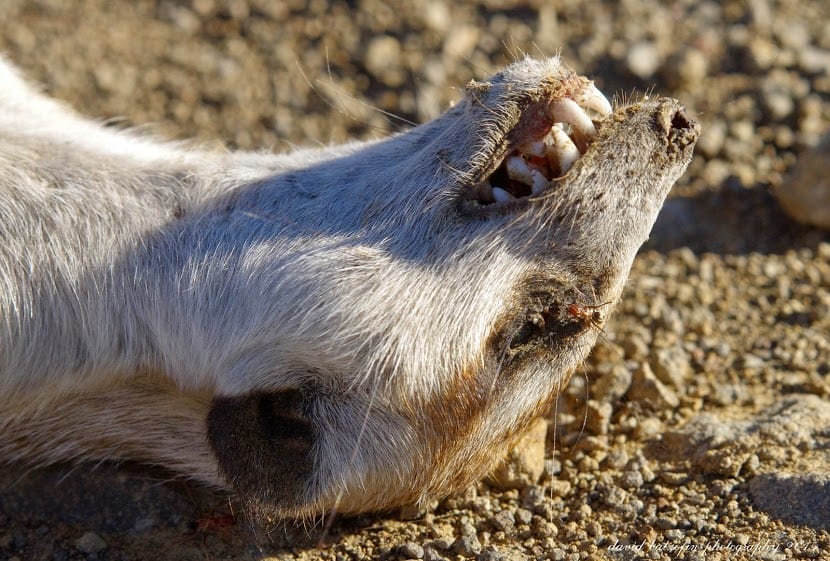 The direct translation of “Meerkat” is “more cat”.
This could then be seen as a “no-more cat”.
Road kill outside the reserve. 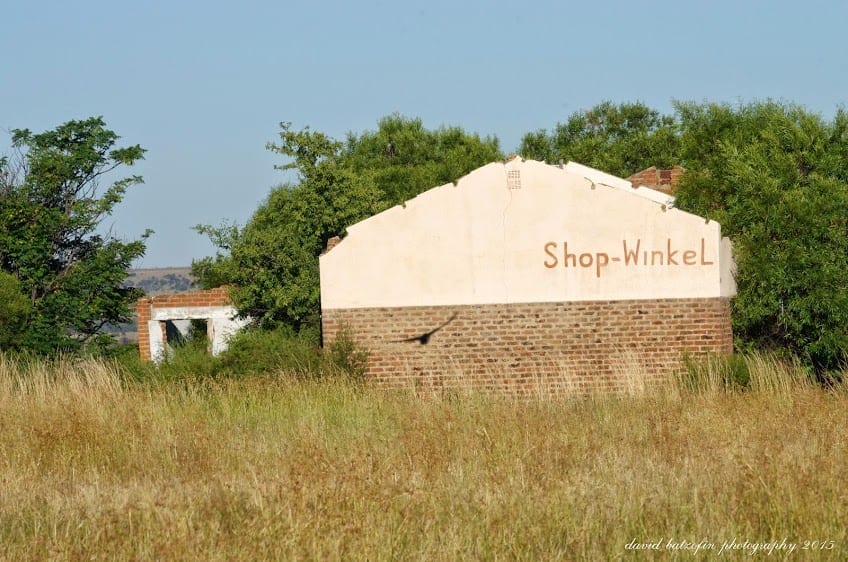 All that is left of the local store. 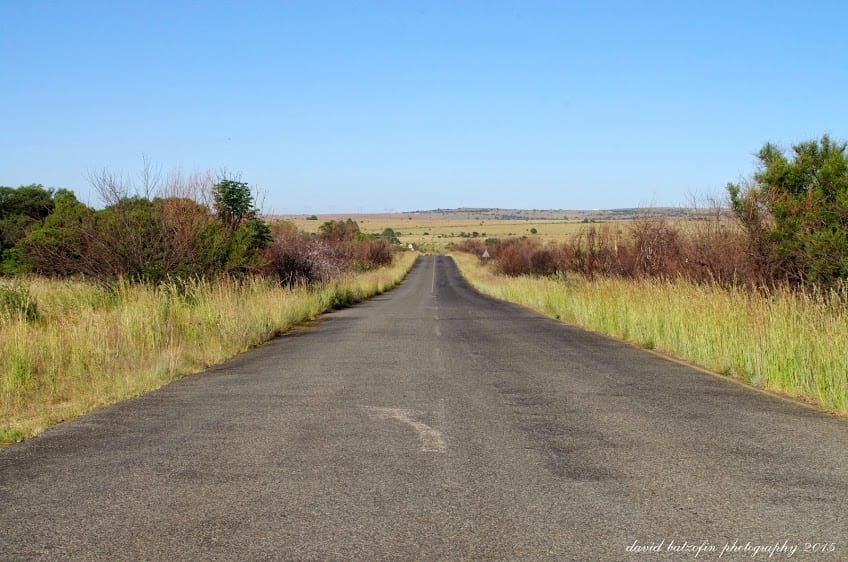 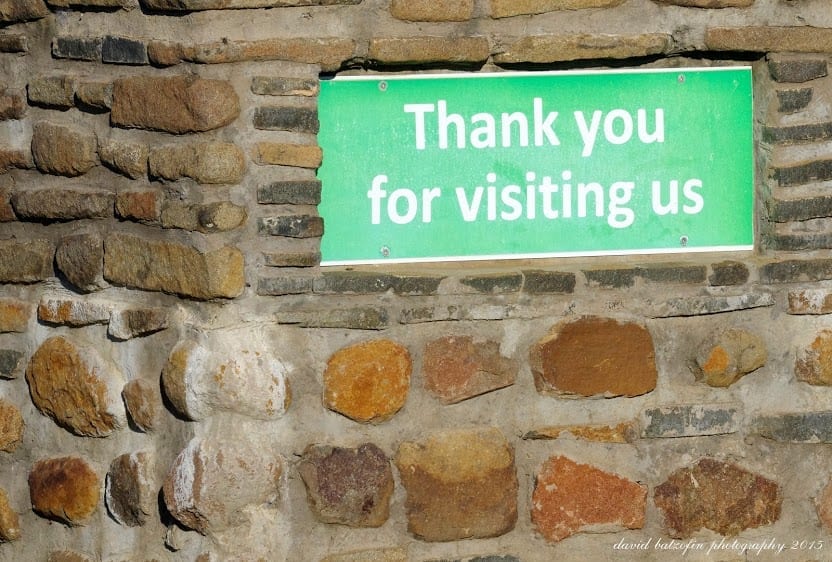