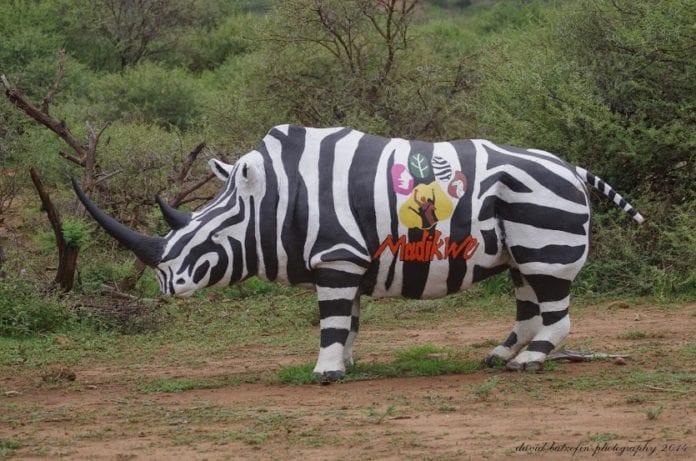 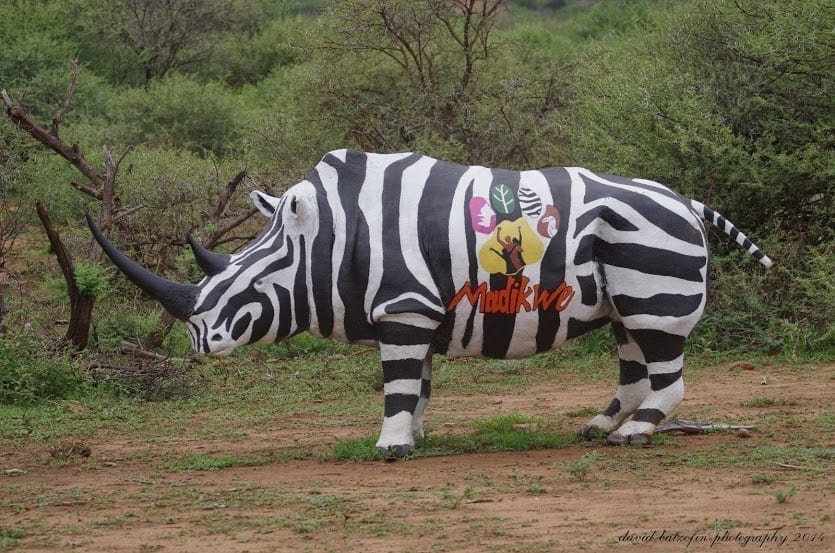 A Zebrhino…
At least this way we were able to say we had seen a Rhino! 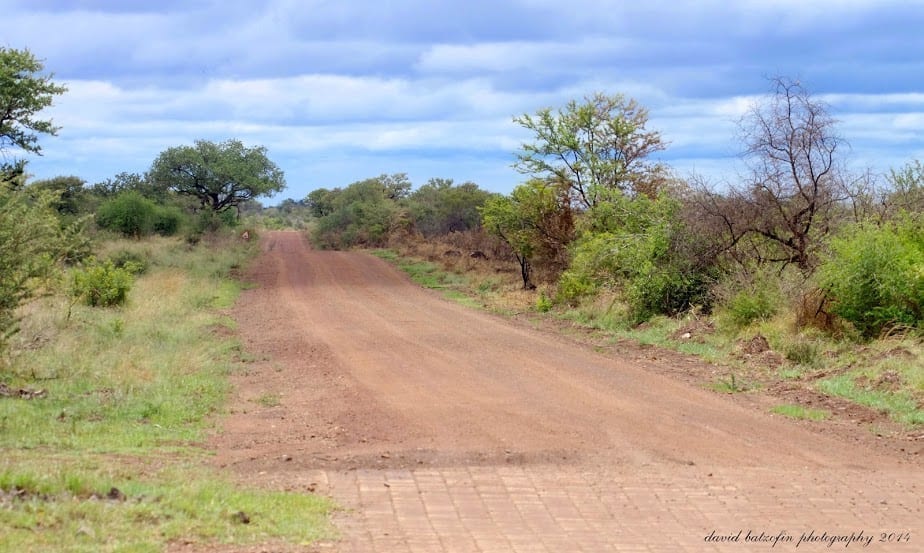 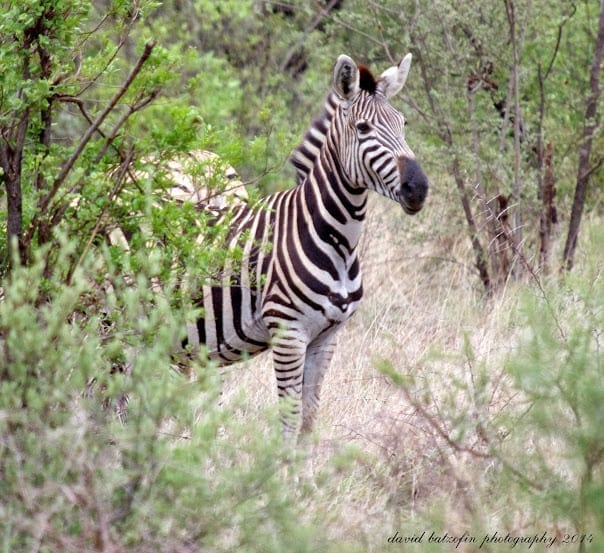 A real Zebra.
One of my favourite animals. 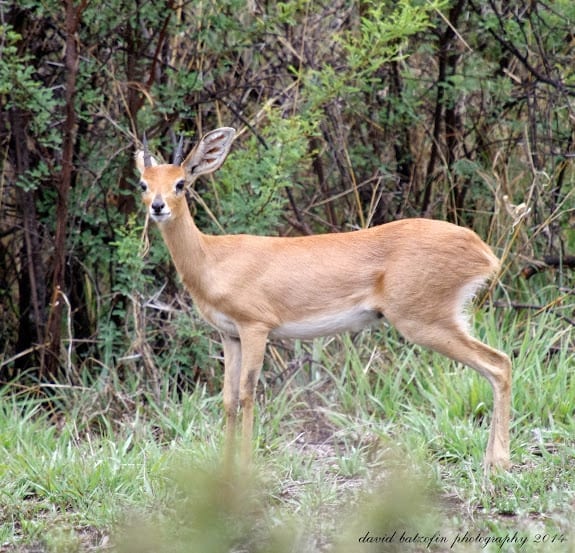 A most unusual sighting.
A stationary male Steenbok.
They invariably run at the sound of a vehicle 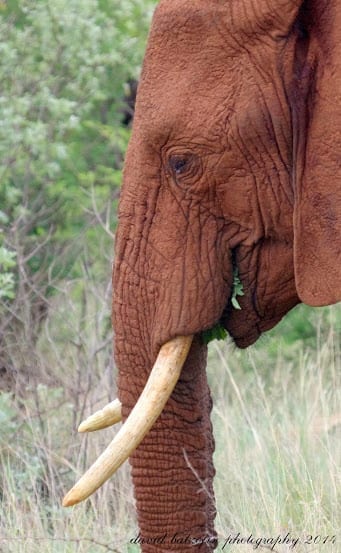 Always exciting to spot an elephant on a drive. 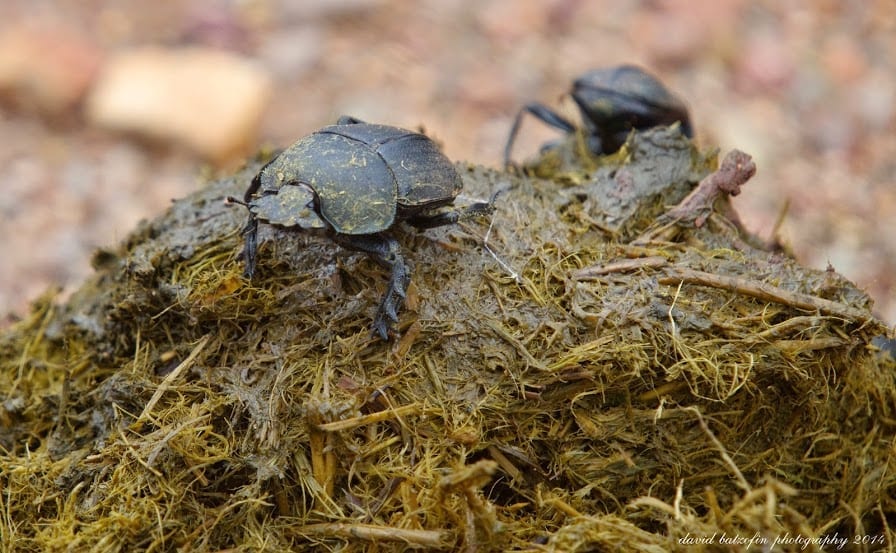 This dung was only minutes old,
but the dung beetles had already arrived! 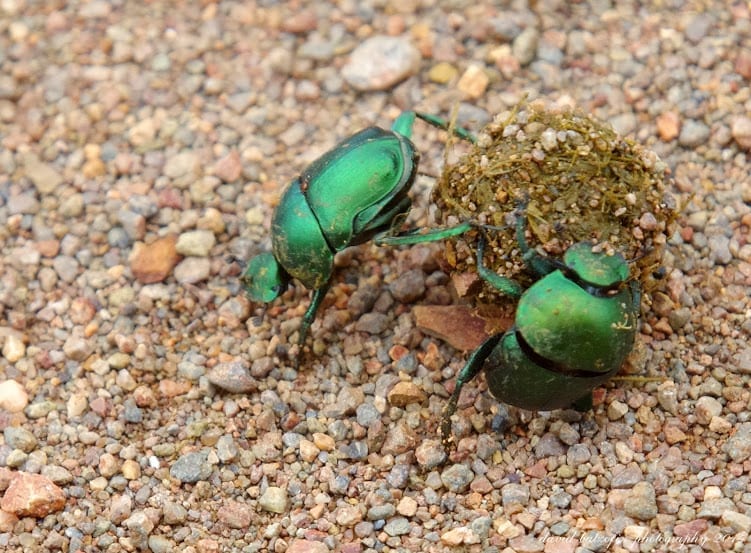 These iridescent beetles joined in the dung battle.
When you consider that they push these dung balls with their hind legs,
you realise what a feat of strength it actually is.
Probably the equivalent of a human pushing a game drive vehicle…
uphill! 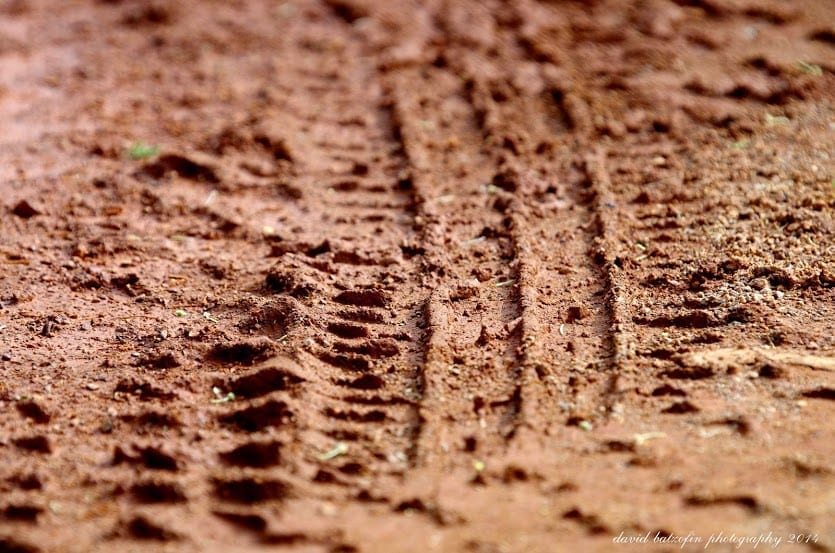 Time to hit the road…
And to see what other “tracks” we could find. 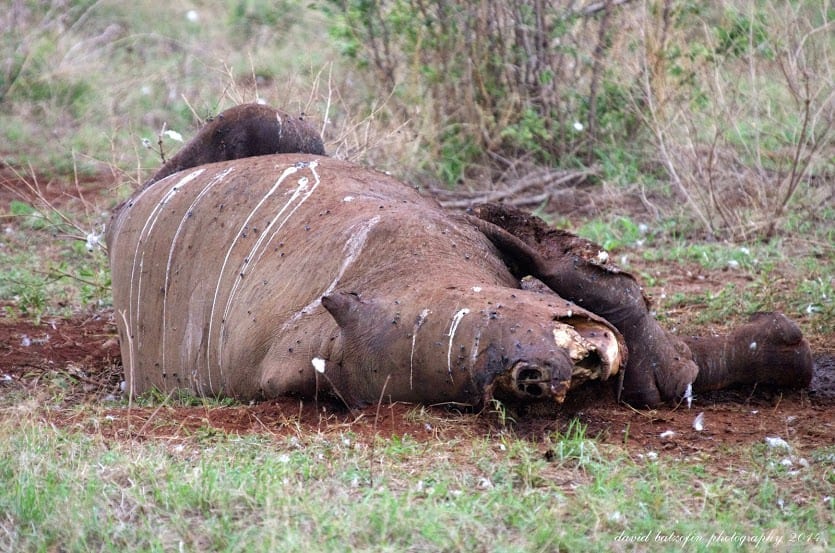 This Rhino died as a result of  a fight with a dominant bull.
He was badly injured and the reserve staff did try to save his life.
But, unfortunately, their efforts were not successful. 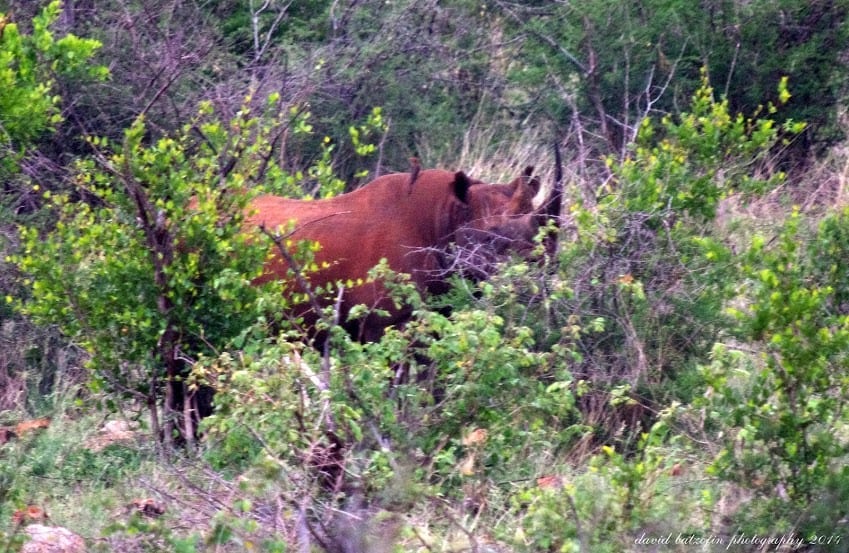 We were lucky enough to spot this Black Rhino hiding in the bushes.
This was a good sighting as this particular species is not seen often 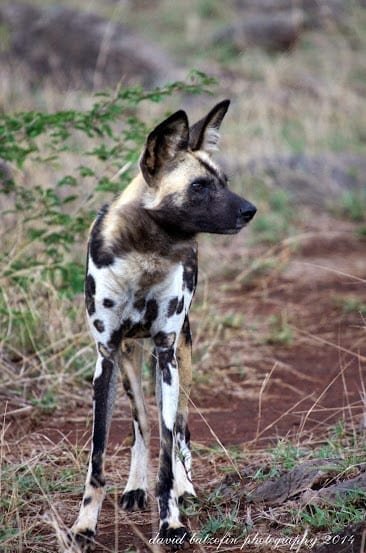 Wild Dog…part of the Magnificent 7. 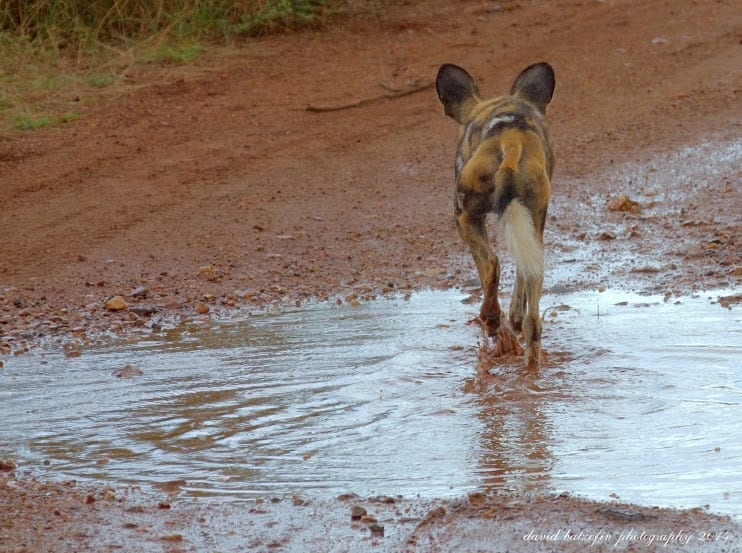 Why walk around when you can walk through a puddle? 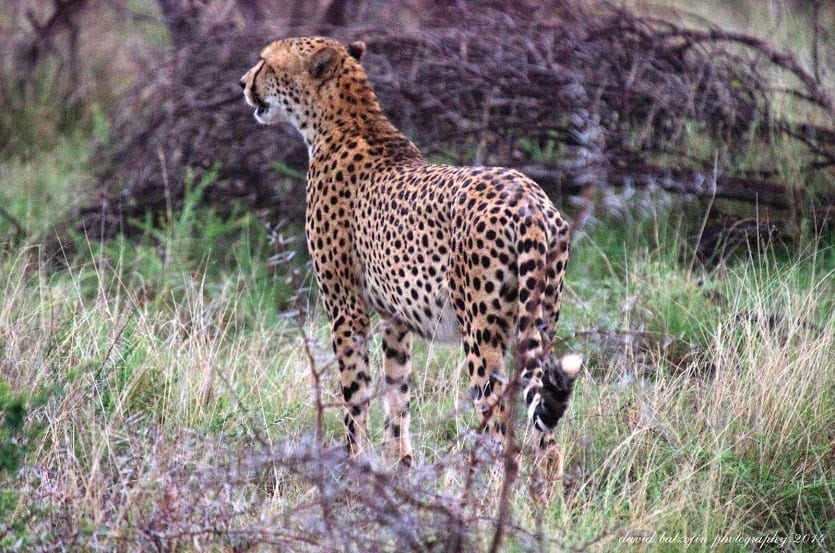 The other Magnificent 7 “member”
One of four brothers who have formed a coalition.
At the time of our visit there were females in quarantine awaiting release
I cannot wait to see the offspring in the reserve. 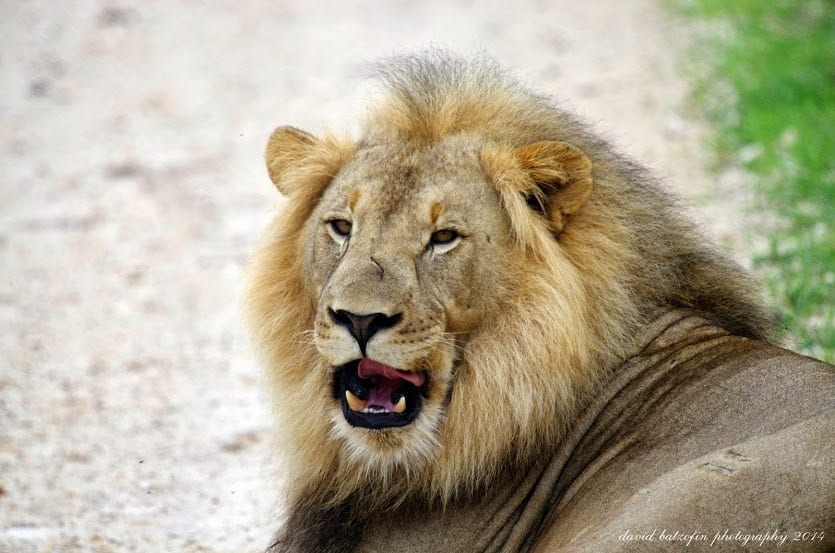 This Lion is one of two brothers who are busy testing the current dominant male.
The other brother is nursing a broken leg as a result of his encounter.
I hope that this boy has learned a lesson from that 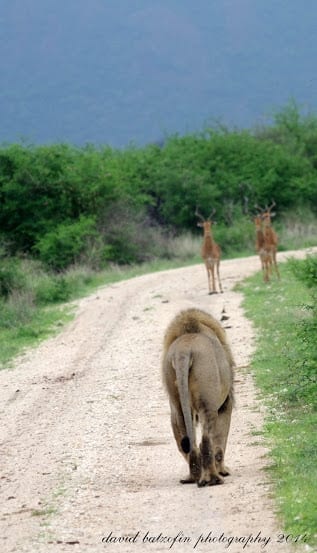 The Impala rams waited until the last moment to move. 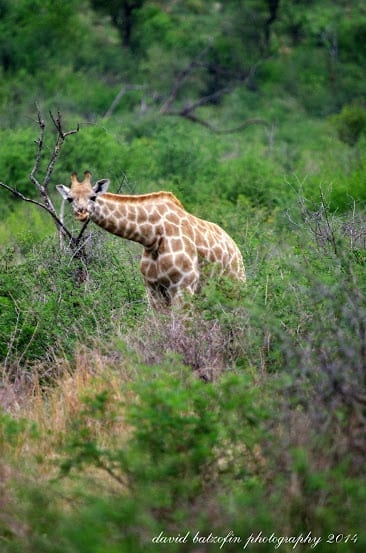 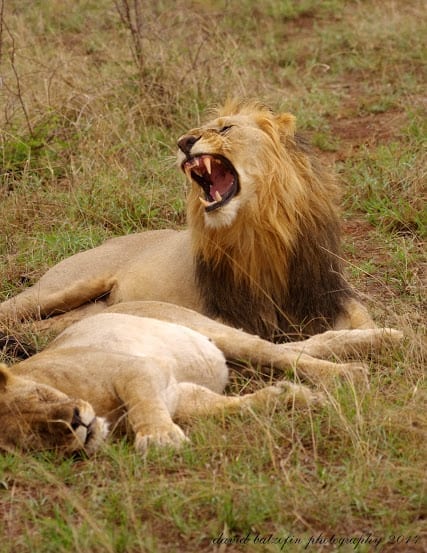 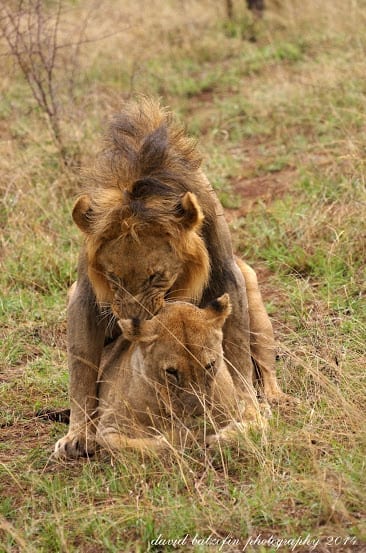 “What you mean you want dinner and a movie”?
Lions mate every 15-20 minutes for several days.
These couplings last less than 30 seconds at a time 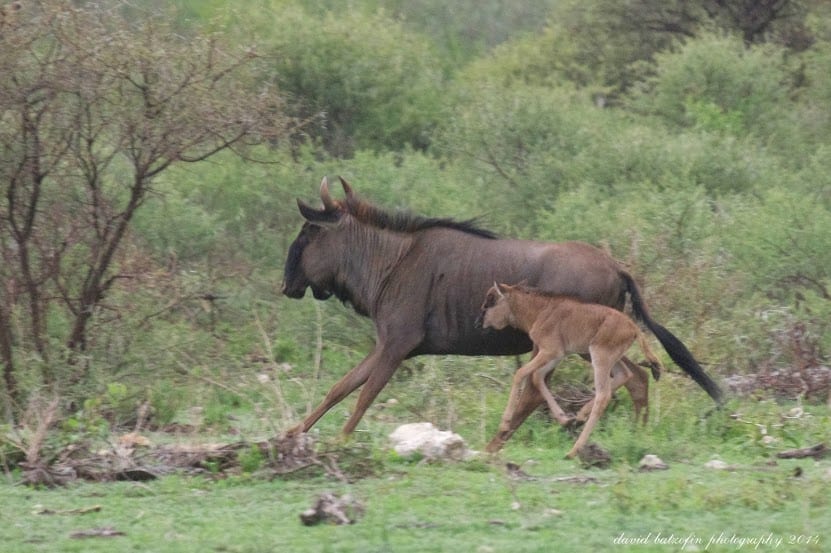 One day, these might be the dinner that the lioness was asking for! 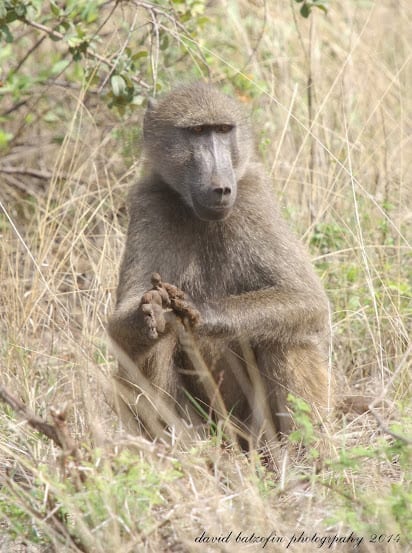 “How about a round of applause for the photographer”? 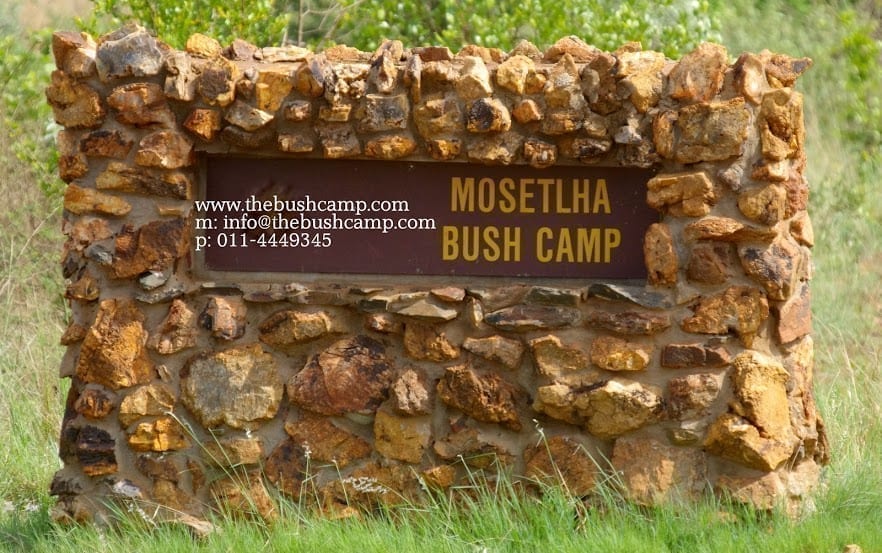