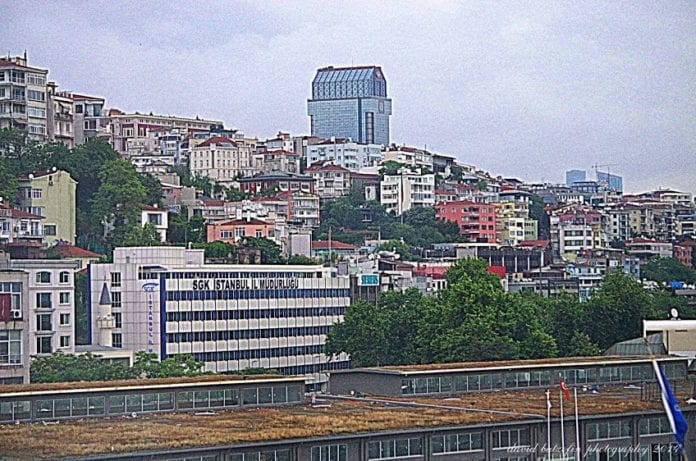 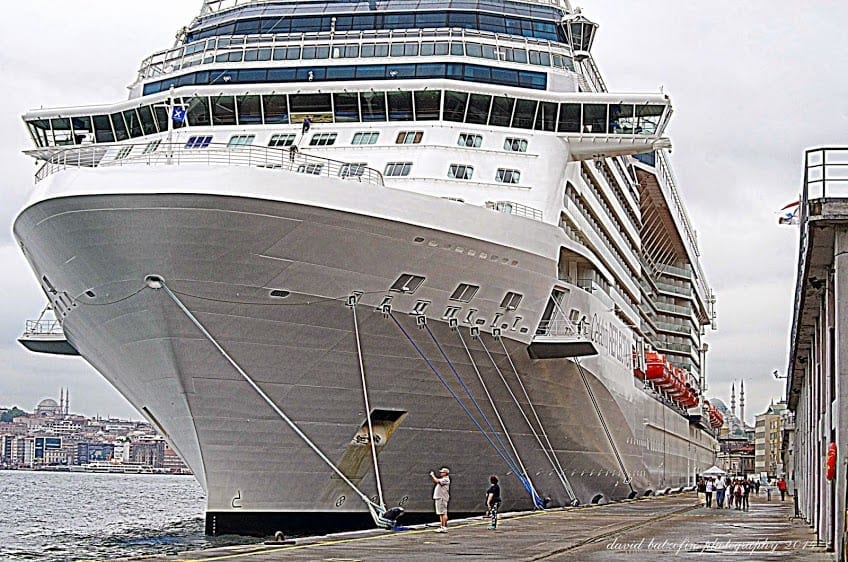 We dock in Istanbul, Turkey.
One of the oldest cities in the world
The port is very close to the city centre,
which can be reached by metro, tram or on foot 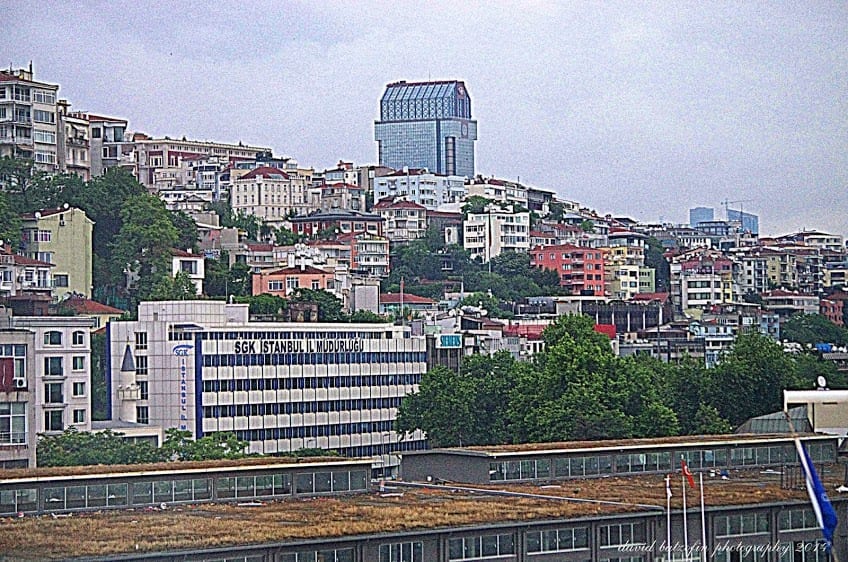 I spotted this building ( difficult to miss) as we were docking.
It turns out to be a hotel that defies the skyline of Istanbul 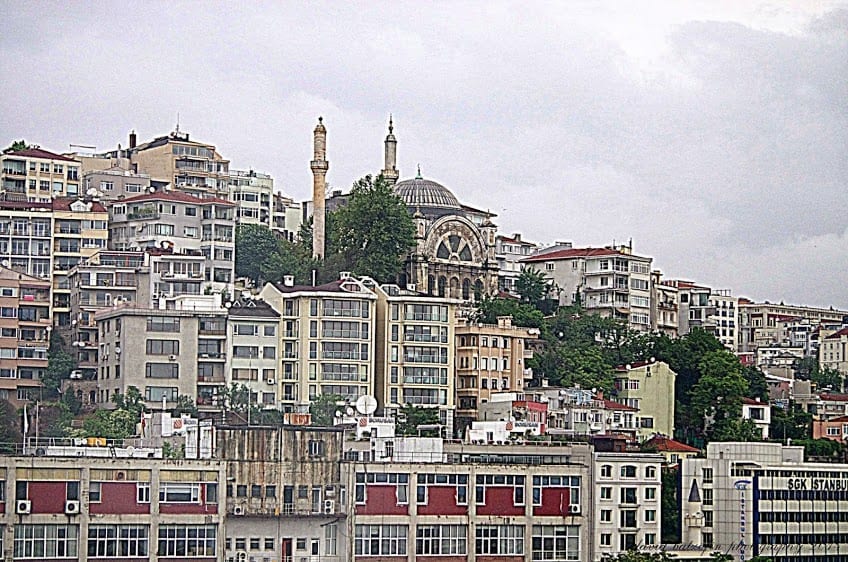 The view as we docked 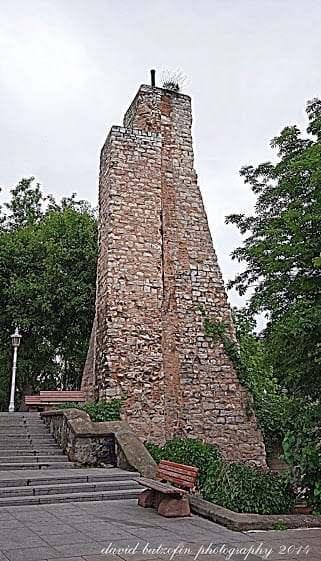 There are so many sights that a longer stay is definitely recommended
We did the best we could with the limited time we had.
It rained for most of our first morning, which meant that when the sun came out…
so did the queues.
But, thanks to our excellent guide we were able to access most of the places we wanted to see 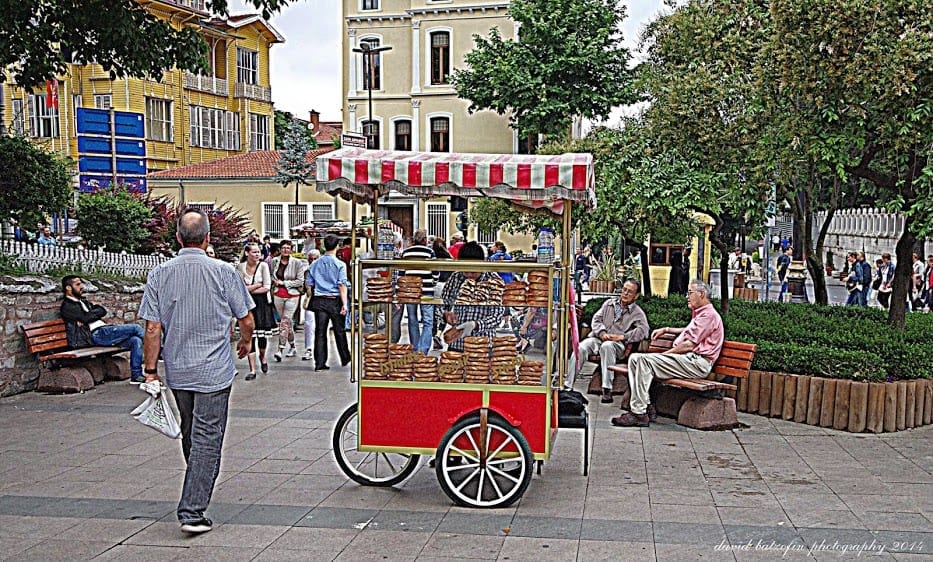 Stuck on a budget?
Then you can buy pretzels or roasted chestnuts at a reasonable price from these vendors.
OR
Try the Pudding Shop which is a landmark for tourists 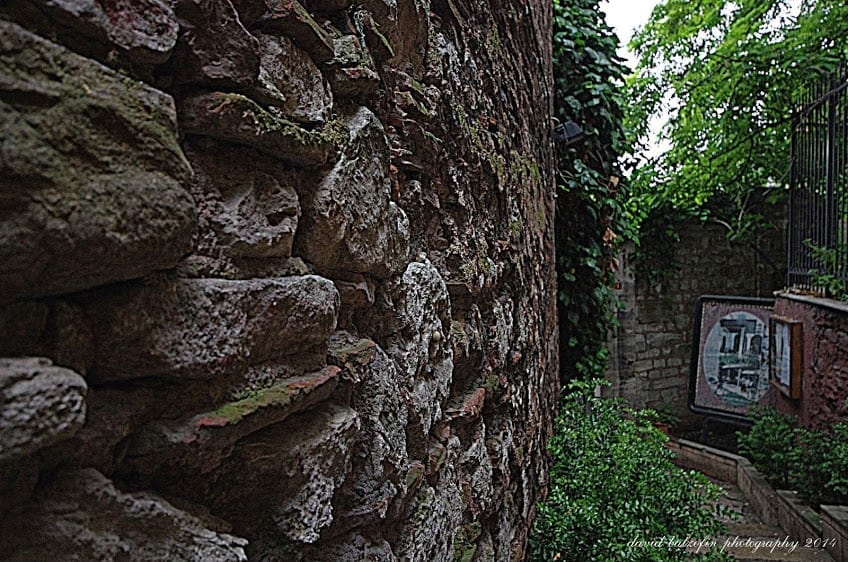 The old alongside the new?
There is history in every wall and every street in this magical city 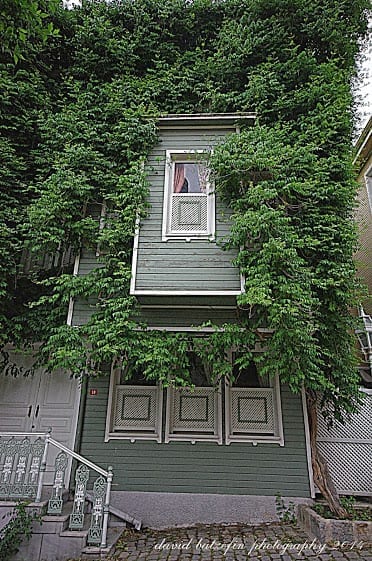 Istanbul is well known for these wooden houses.
Some are in the process of being restored internally 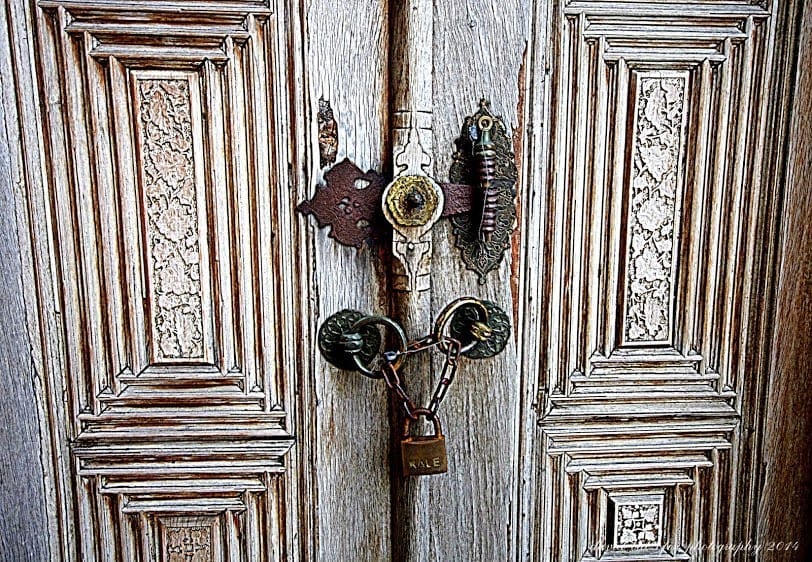 A set of doors at the Topkapi Palace. 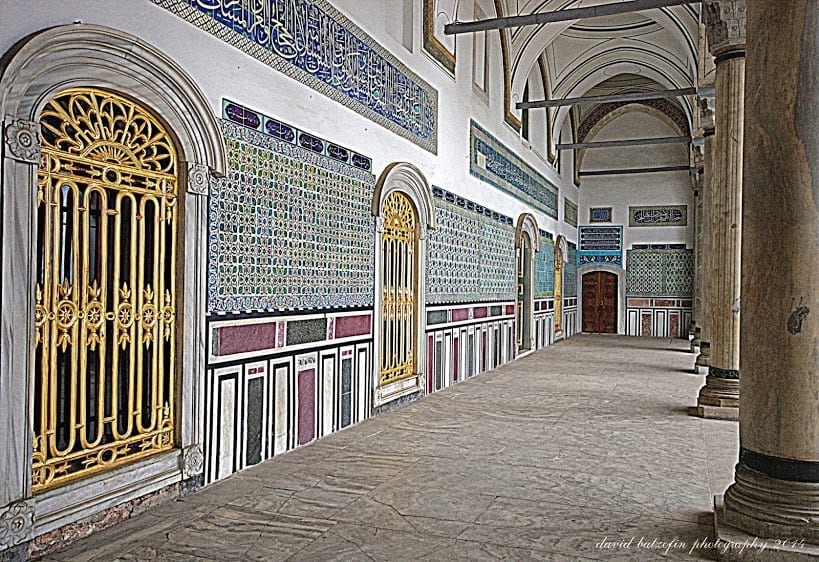 .
Considering how old this building is, the preservation is phenomenal
Talk about “over-the-top” decoration…
However, it works. 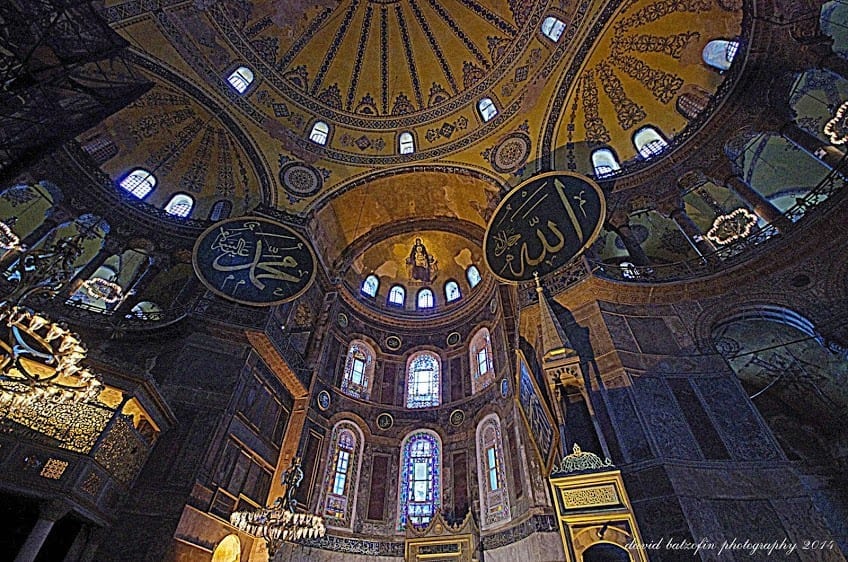 From inside the Hagia Sophia.
Photographs CANNOT do this spectacular space justice.
You have to visit! 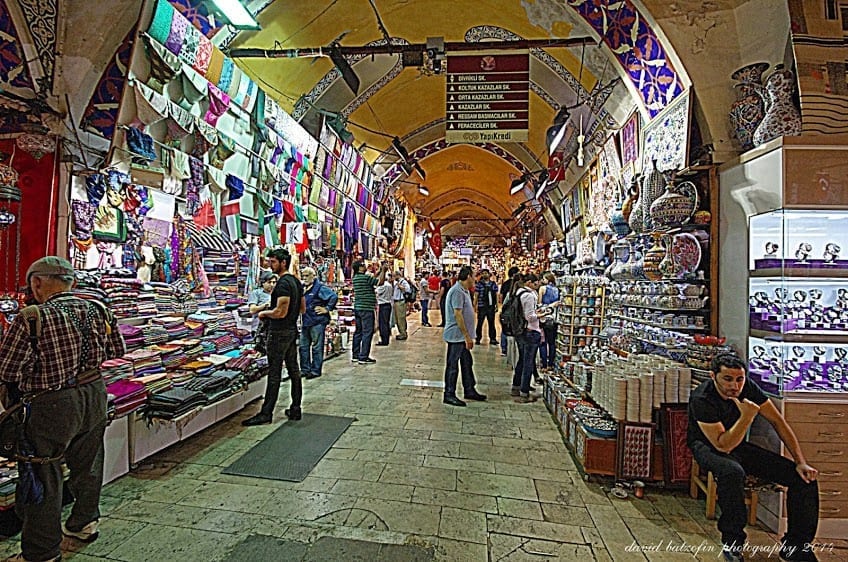 The Grand Bazaar…
Where everything is for sale and has more than one price.
To haggle is part of the experience 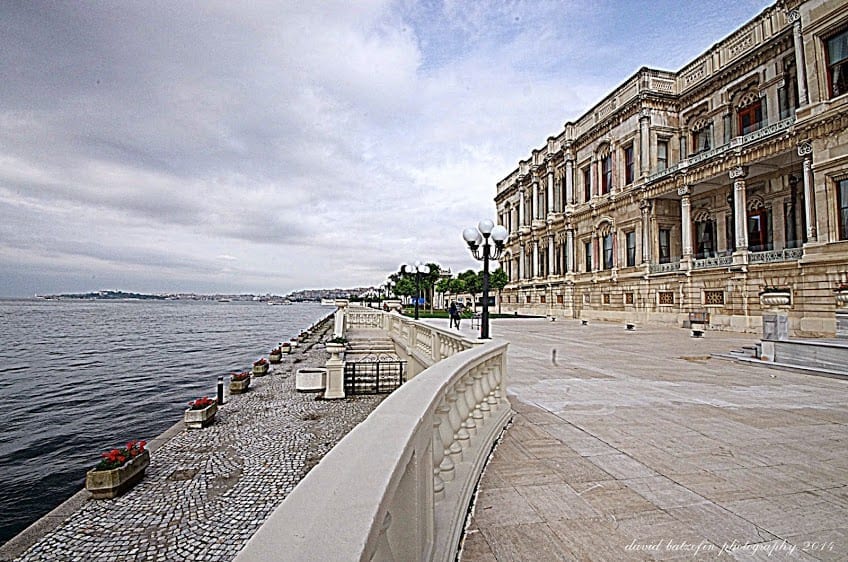 This is part of the Ciragan Palace built in early 20th century in Kempinski.
It was turned into a 5-star hotel and spa in 1990. 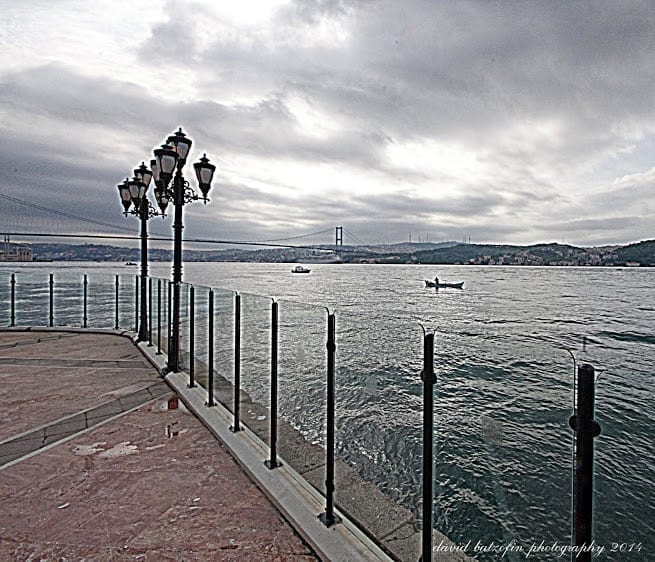 This bridge joins East and West.
Turkey is only city that is divided by a sea, the Bosphorus
It joins Europe to Asia and Istanbul straddles both continents 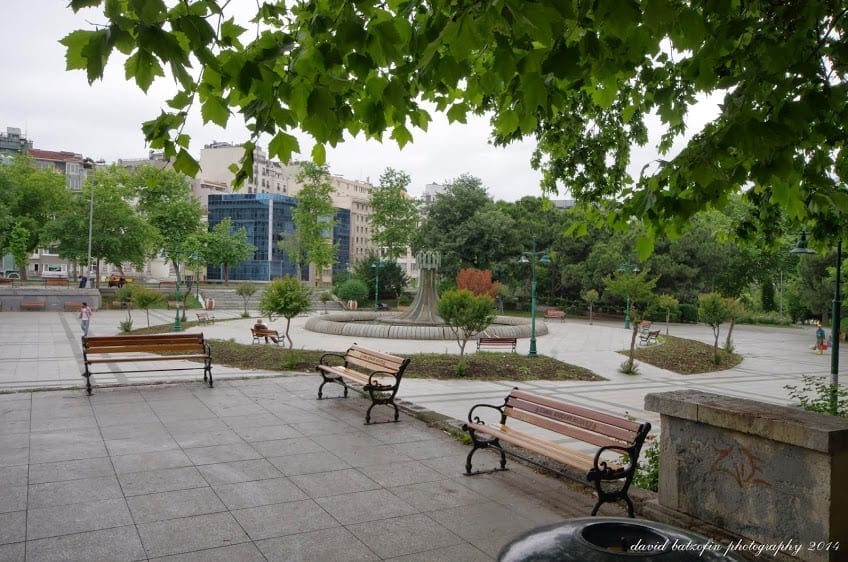 Taksim Gezi Park is a “green-lung”  in the centre of a sea of concrete.
In 2013 the municipality started to cut down the trees to make way for a shopping mall.
Thousands of people got involved to “save the trees”
7 “protesters” lost their lives, but the park was saved.
The protest dragged on for almost two months. 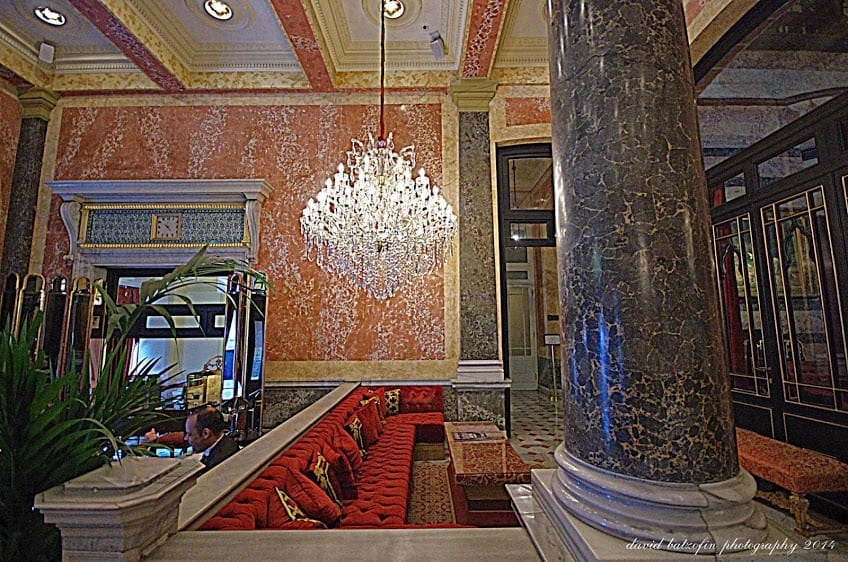 The lobby of the Pera Palace which was opened in 1892.
Agatha Christie is said to have written parts of “Murder on the Orient Express”,
when she stayed in Room 411 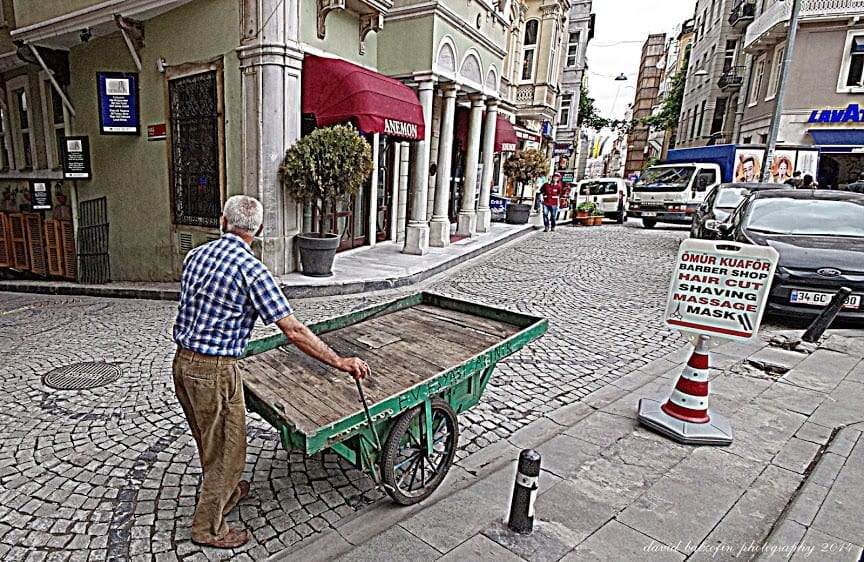 Loads of these “barrow-men” in and around the city 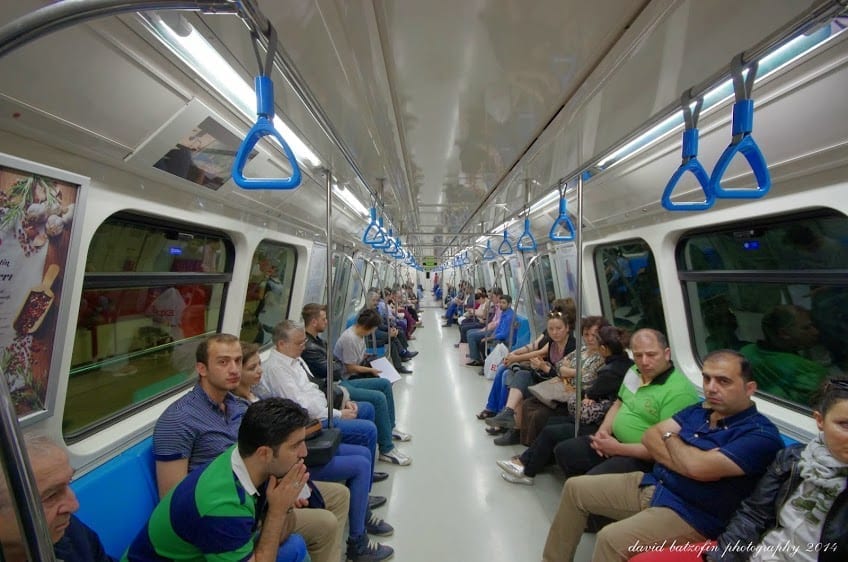 The Metro is clean, fast and runs like clockwork.
It is one of the deepest underground systems I have ever been on.
The guy in the blue shirt on the right was giving me the “evil-eye”,
but he did not complain

My wife wanted to see dolphins in the Mediterranean,
but at this point in our trip, she had to settle for this statue.
( We did get to see a pod of dolphins as we left Kusadasi ) 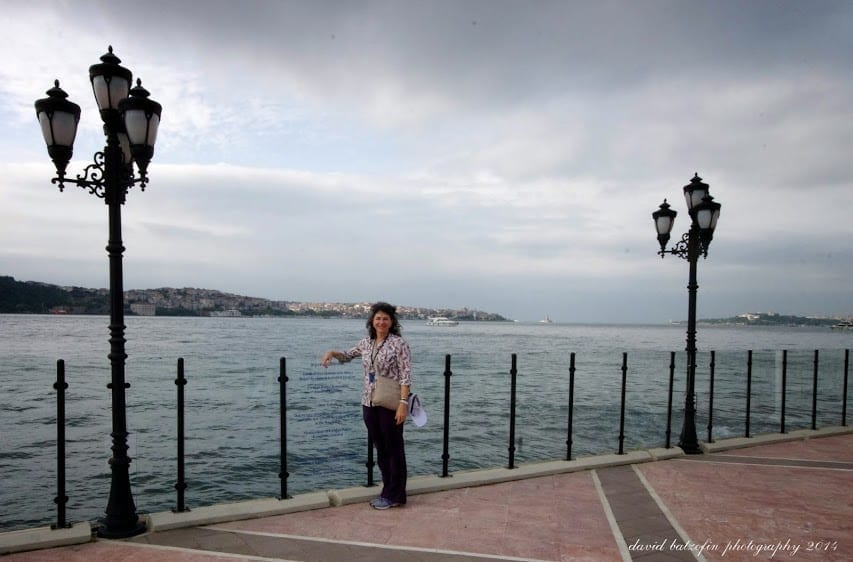 Bucket list *tick* for my wife.
We really enjoyed the city and its history
and plan to return in the not too distant future 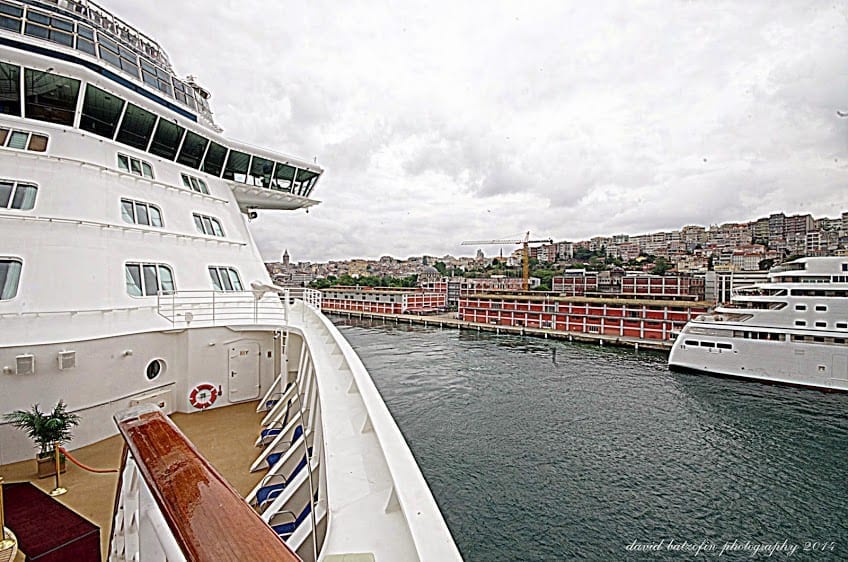 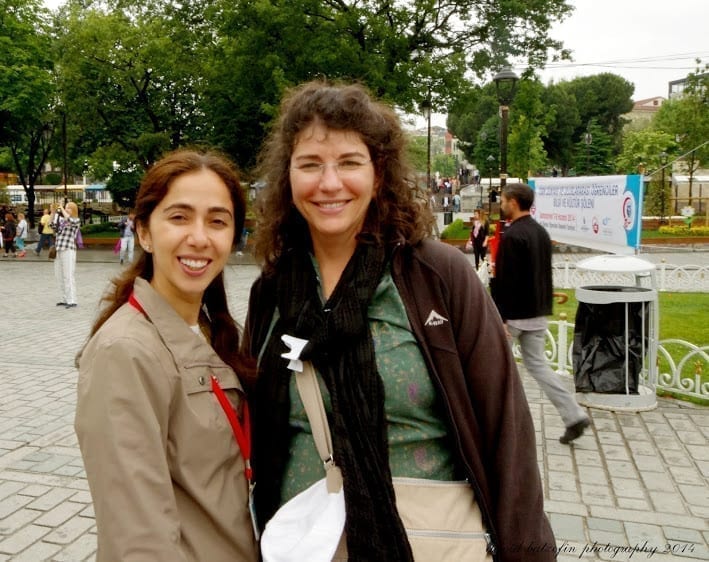 Our guide for our day tour of Istanbul was
the knowledgeable and entertaining, Dr. Arzu Toraman.
She has her PhD in Art History and she certainly made the city come to life for us
Contact details:
Mobile: +905325261581
Email: arzutoraman@gmail.com