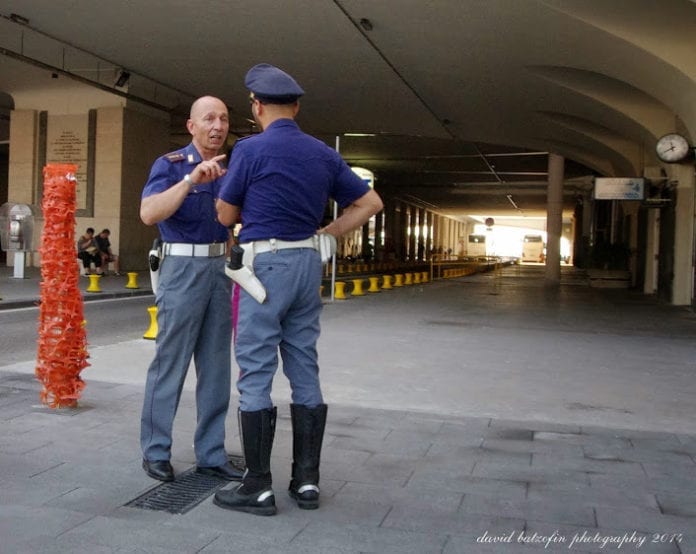 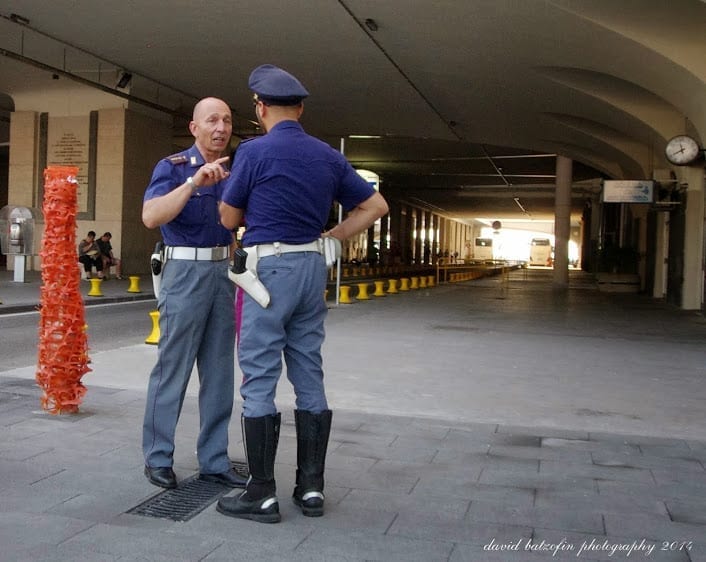 The first people we saw when we arrived in Naples.
The orange item in the background is NOT a shawarma!
I have to admit that these police uniforms are “interesting” to say the least 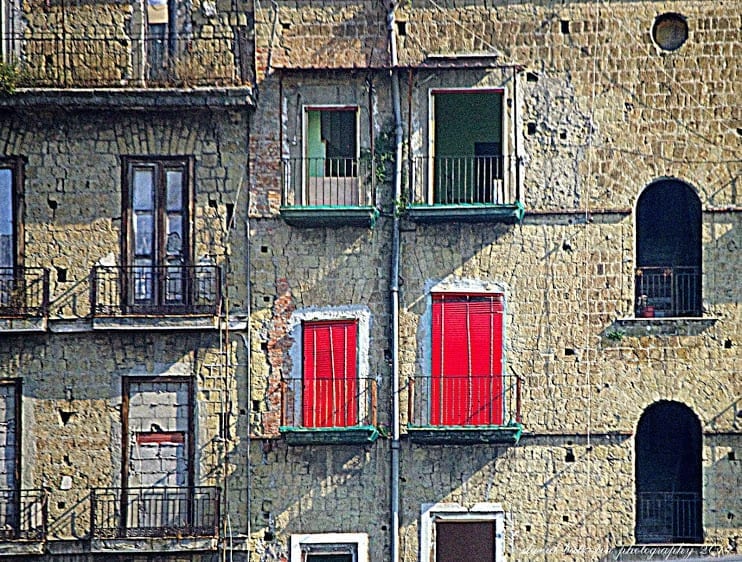 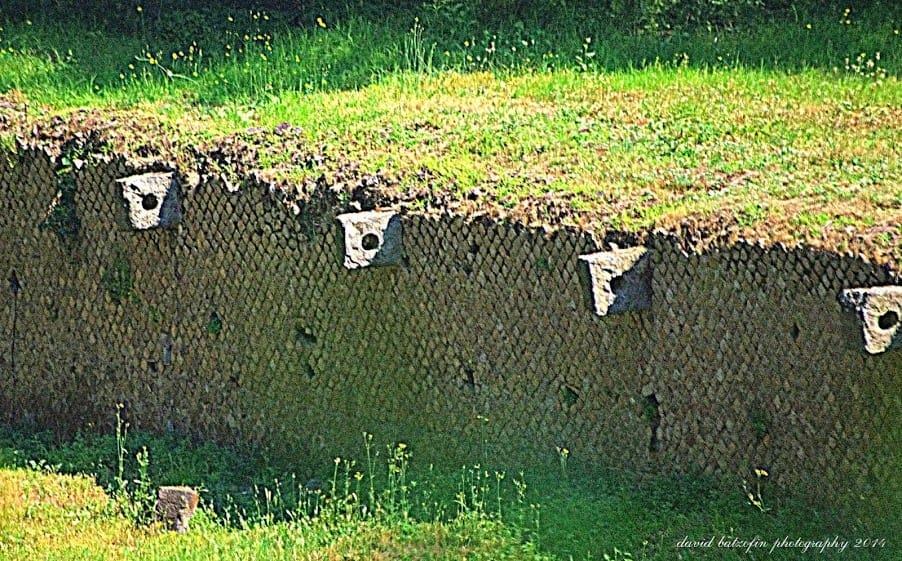 “Back in the day” ships used to dock here…
Right at the gates leading to Pompeii.
Now the harbour is about 4 km away. 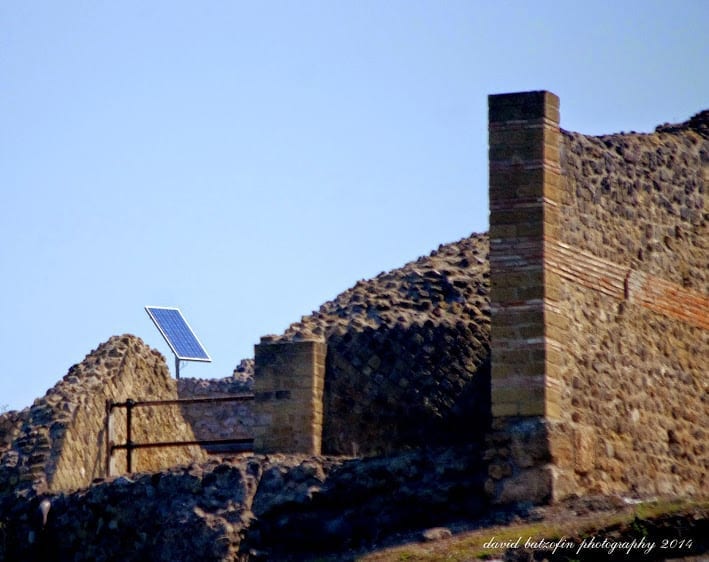 Did they REALLY have solar power back in 79AD? 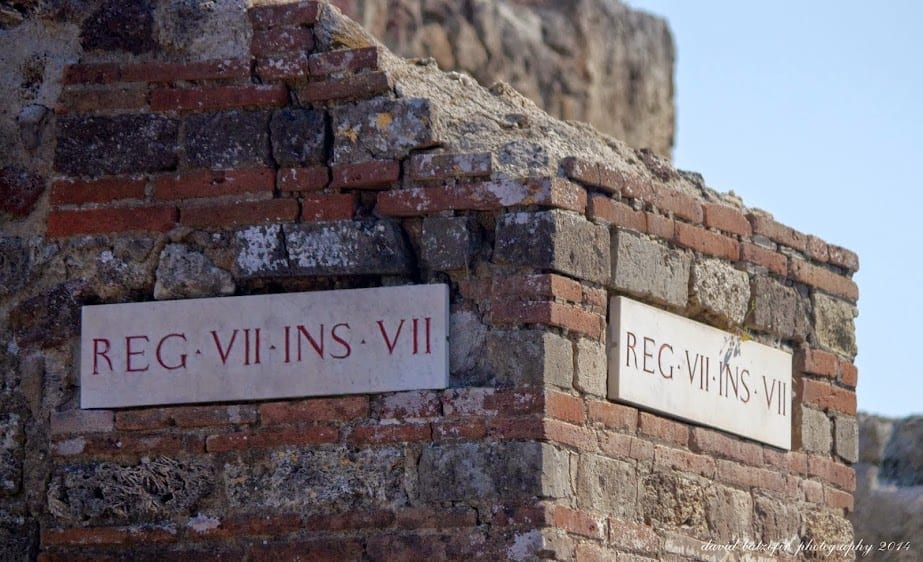 There were no street signs when the city existed.
These have been added by the archaeologists working at the site 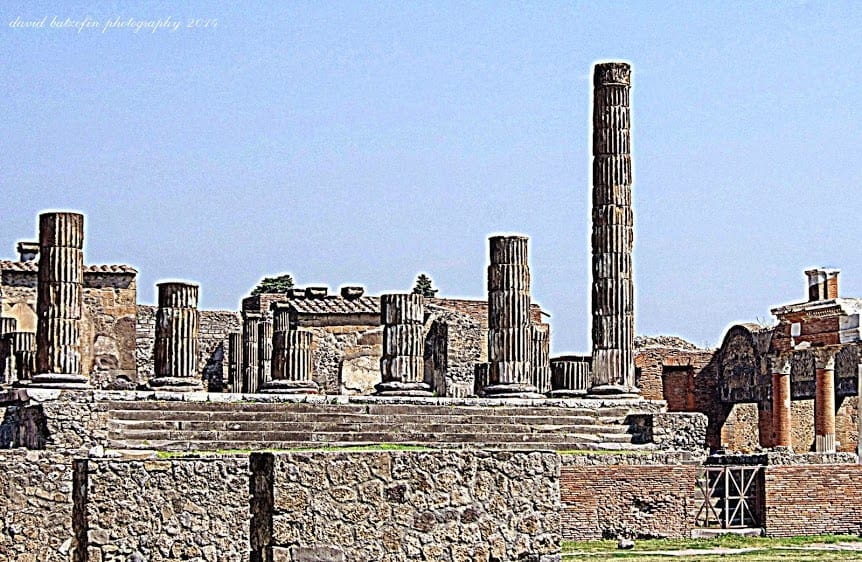 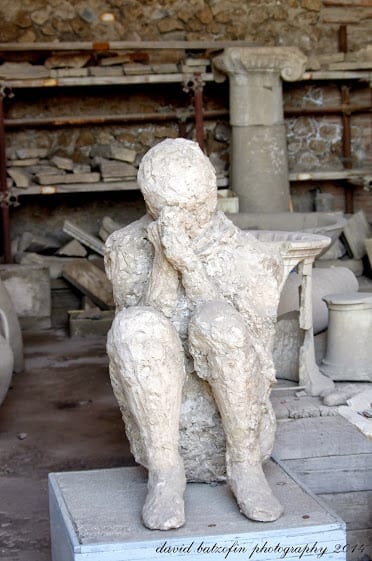 The inhabitants were not killed by the flowing lava from Vesuvius,
But by falling pumice pebbles and smothered by ash.
Those that died did so because they did not leave in time.
To find out more about this interesting World Heritage Site:
http://en.wikipedia.org/wiki/Pompeii 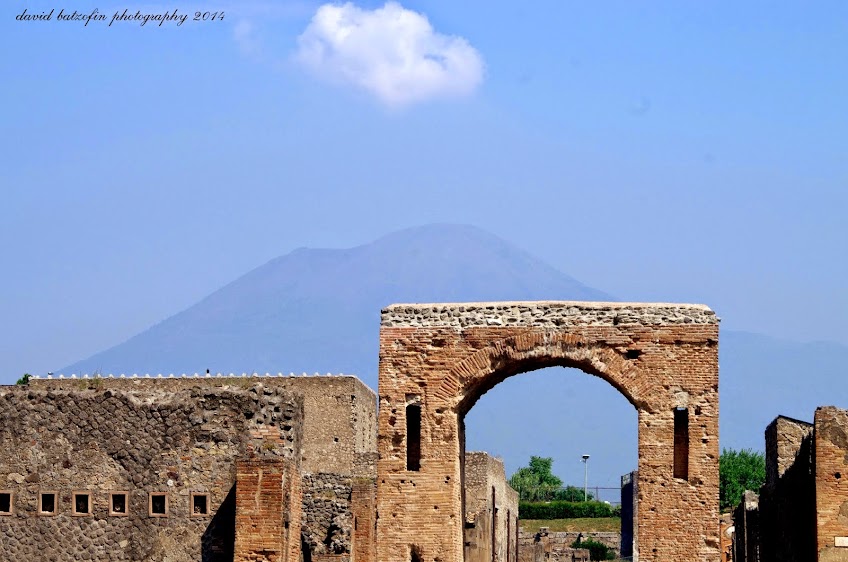 Pompeii in the foreground, with Vesuvius in the distance 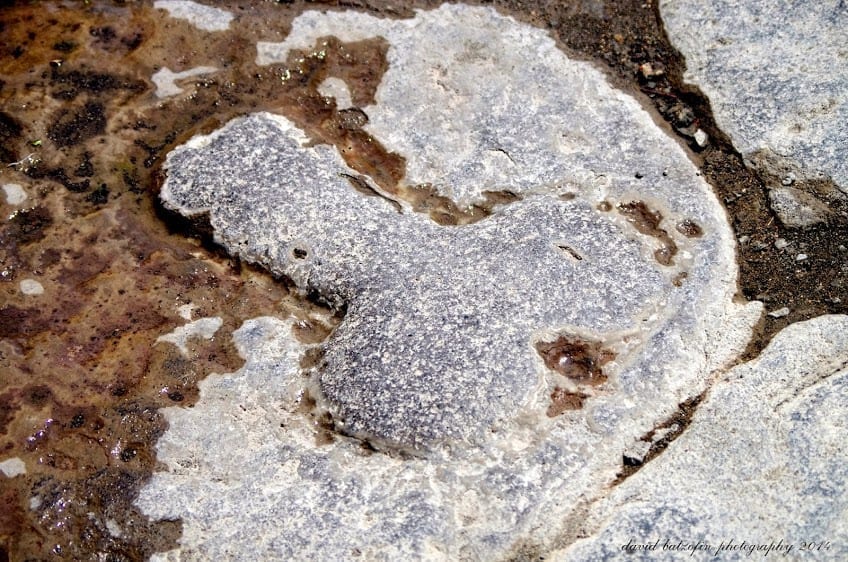 Trivia: There were more brothels than bakeries in Pompeii…
And there were 64 bakeries!
As I mentioned earlier, there were no street signs,
but this phallus carved into the street cobbles “pointed” the way… 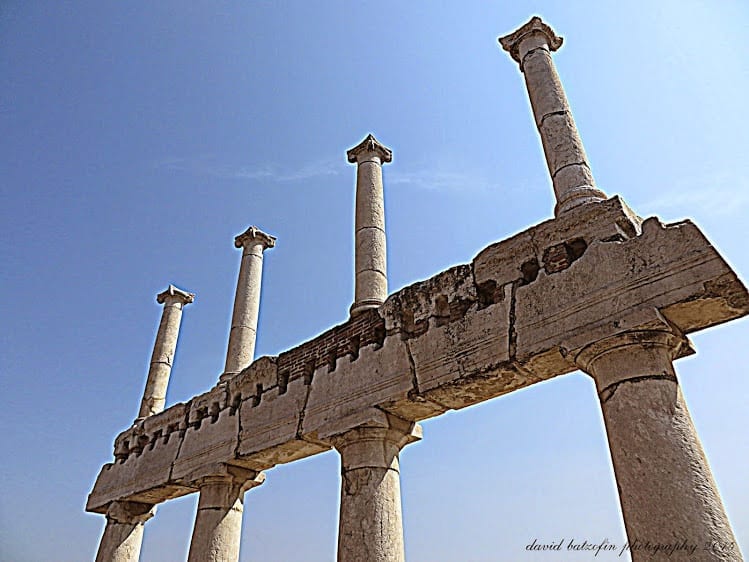 Some of the spectacular columns that are still standing.
I wonder if any of the buildings from the 21st Century will survive as long as these have? 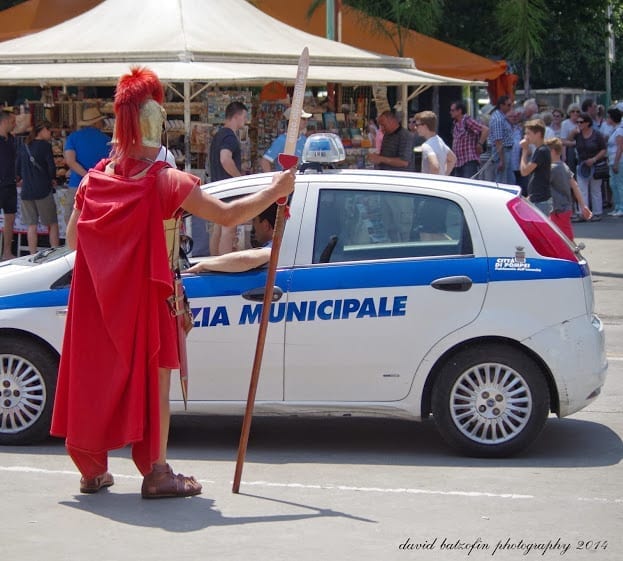 Naples is the ancestral home of PIZZA!
When in Naples…eat pizza. 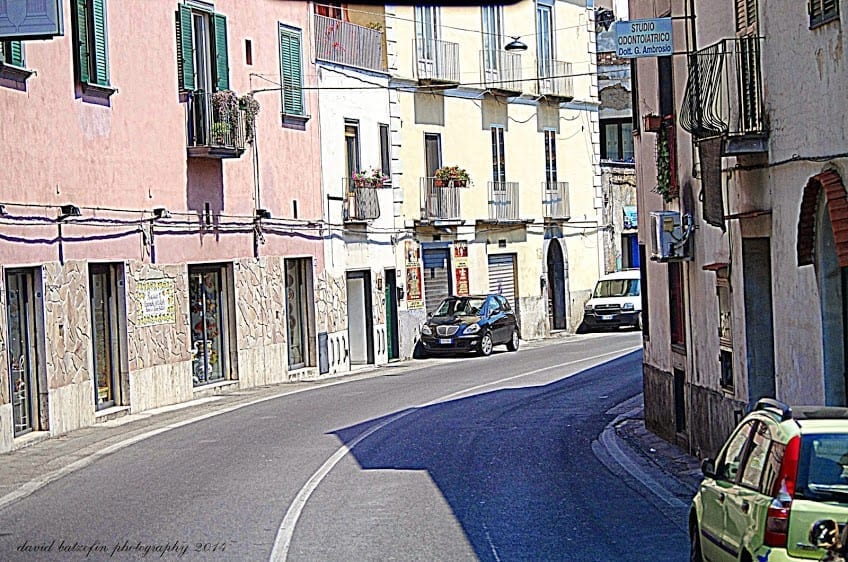 Off to Sorrento…
Tight, tiny, windy roads.
With LOTS of traffic.
But our driver managed the trip without incident. 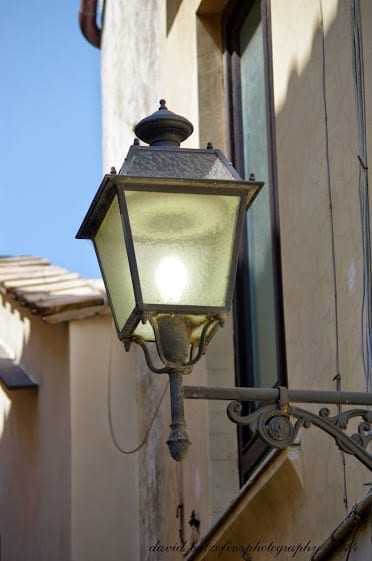 I loved the street lamps in the town 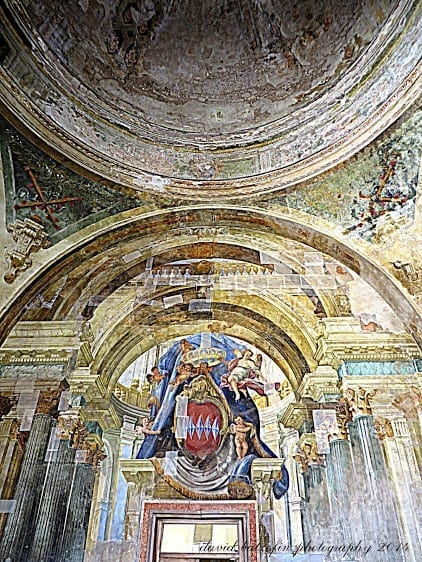 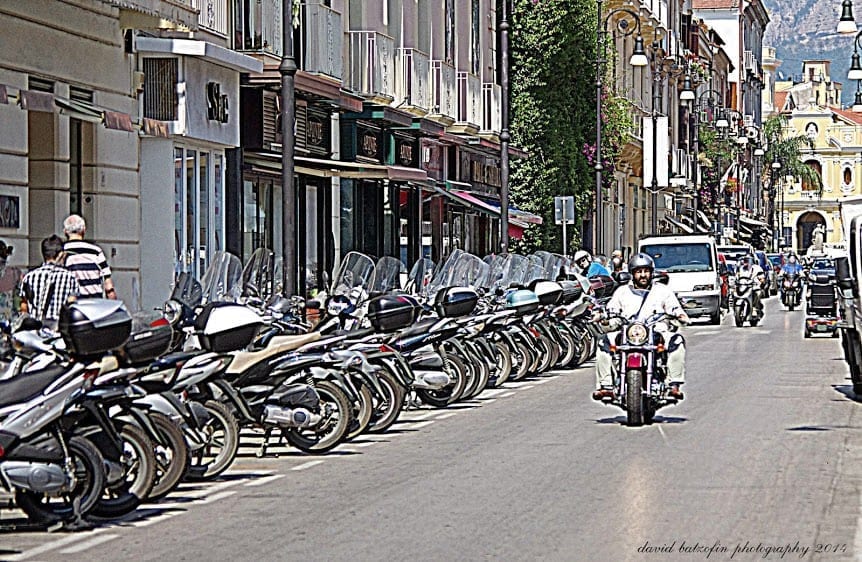 More scooters than cars?
Not certain, but it would make sense 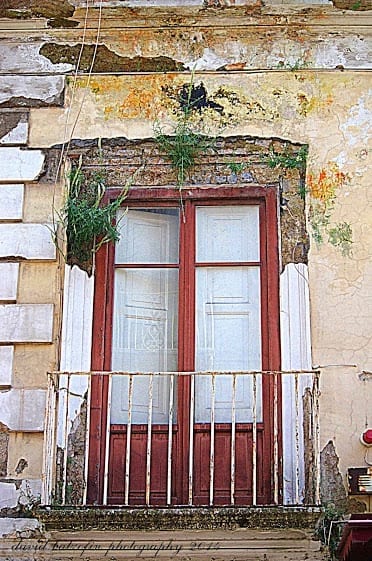 I really like this “distressed” look,
Not certain if it we could use this as a make-over idea for our house 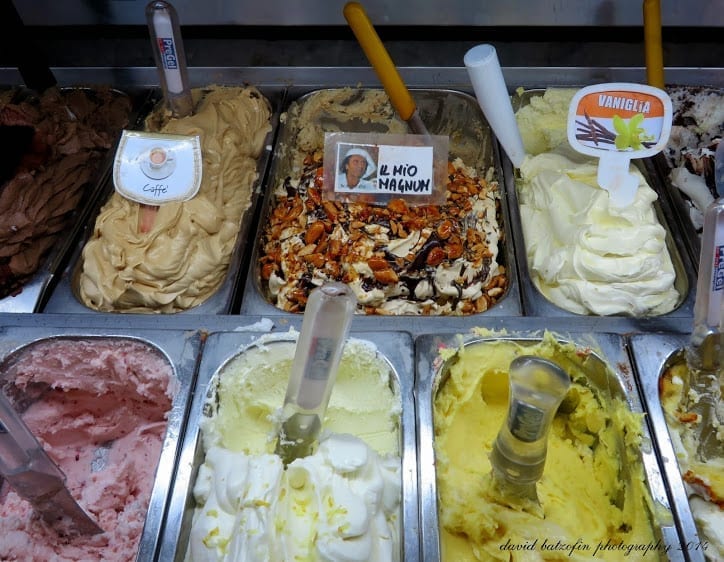 Gelato…the real deal!
All you need to know:
http://en.wikipedia.org/wiki/Gelato
Or you can, like me, just eat and enjoy 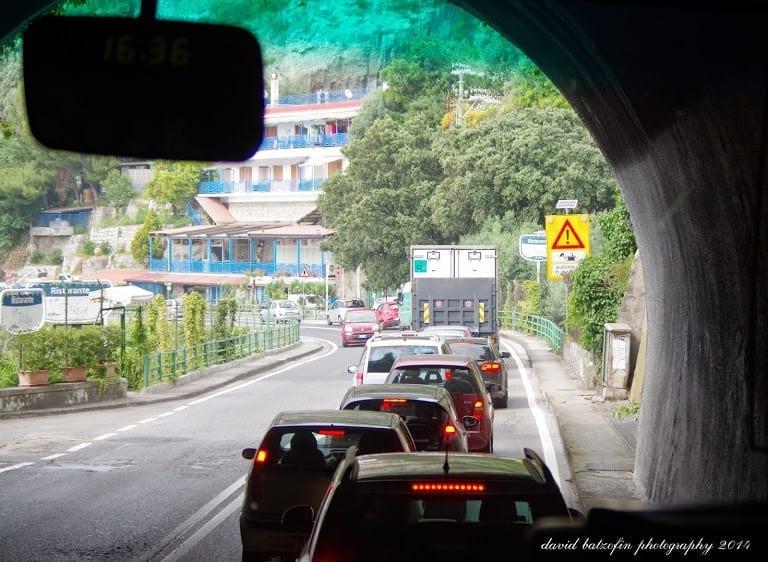 One of the many tunnels on our way back to our ship.
Although there was a lot of traffic, we made it back to port in time 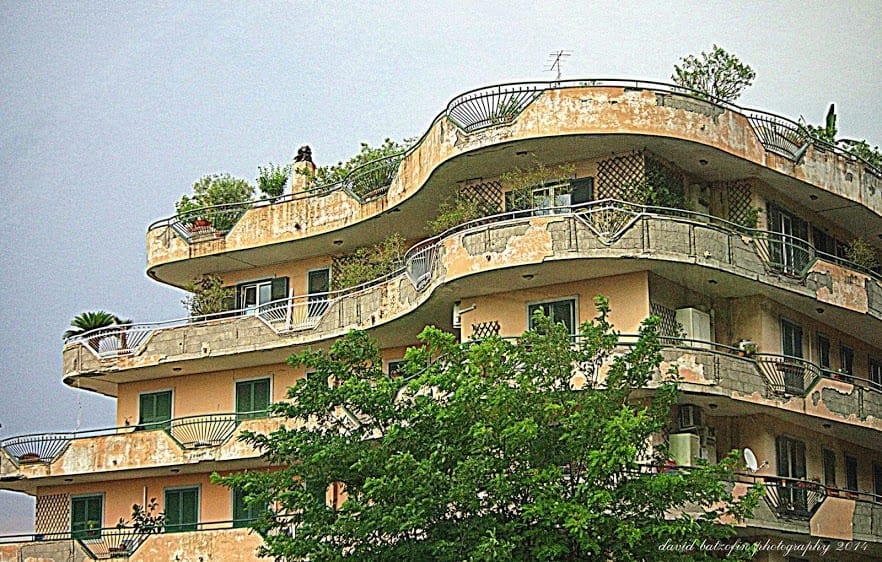 A building that caught my eye…