Like Santorini, tender boats were used to take the guests from the ship.
My wife being one of them.
I decided to stay on board for the day
and pretend that I owned the almost empty vessel.
I deputized her to take images during her shore visit.

While I took pictures from the ship 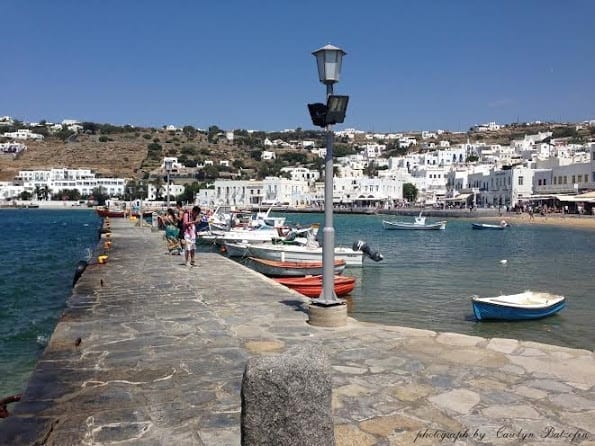 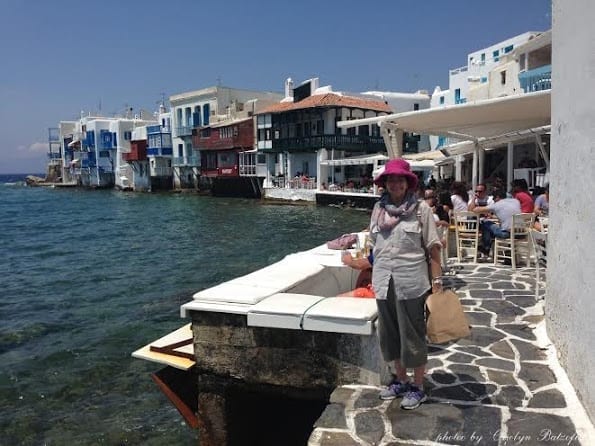 Proof that my wife was there…
Note the shopping bag! 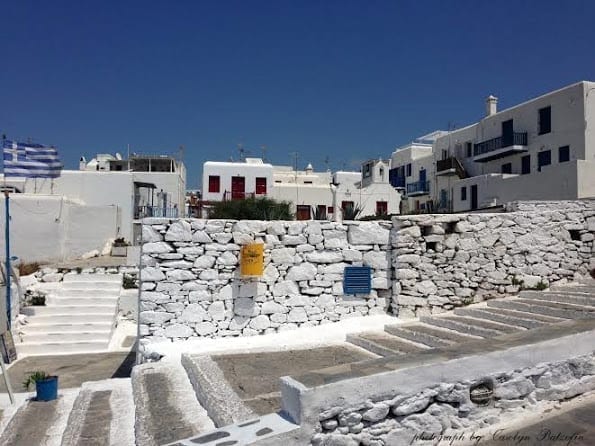 And yes, the sea was this blue 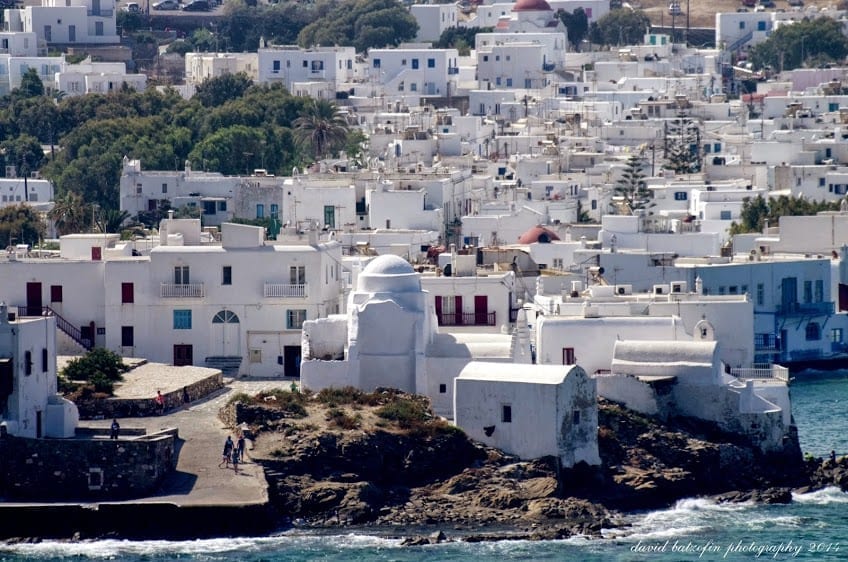 Houses clinging to the hillside 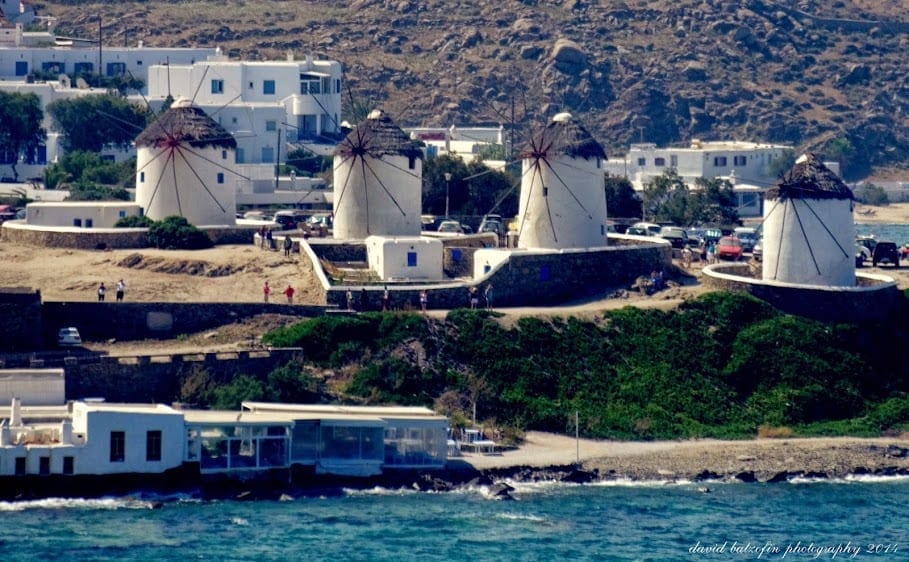 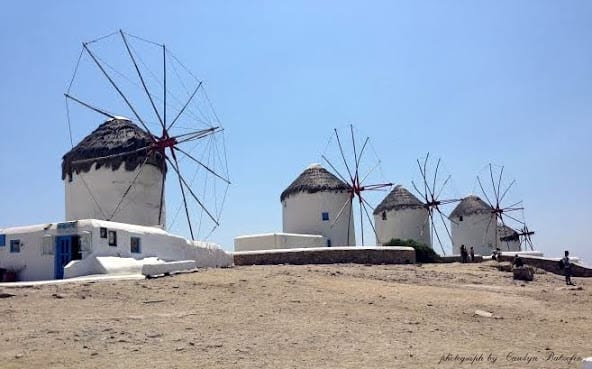 The Mykonos windmills are iconic feature of the island.
Most windmills face towards the North where the island’s climate sources its strongest winds over the largest part of the year. There are currently 16 windmills on Mykonos of which seven are positioned on the famous landmark hill in Chora. Most of them were built in the 16th century, but construction continued into the early 20th century. They were primarily used to mill wheat and were a source of income for the inhabitants.
They are not used at present, however one of them has been transformed into a museum.
Source: Wikipedia 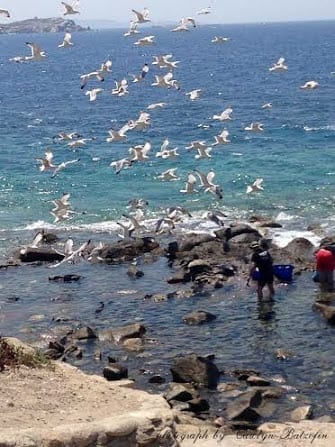 A flock of gulls looking for a meal 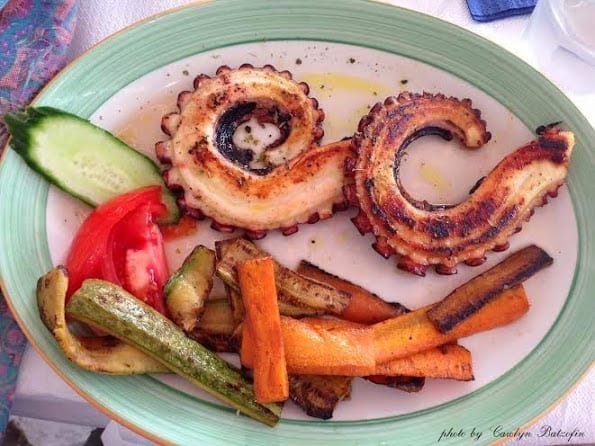 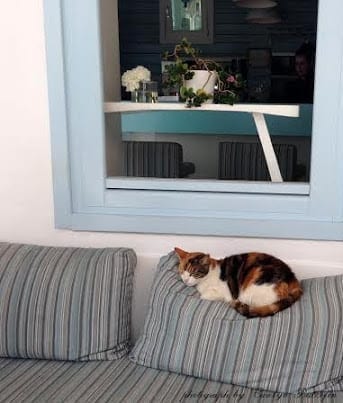 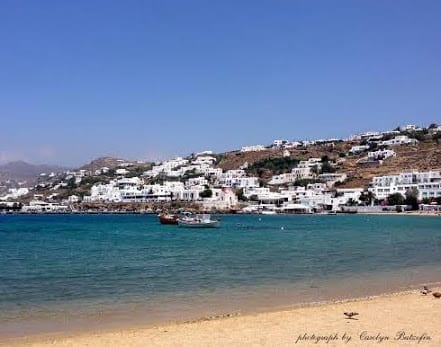 A view from the beach 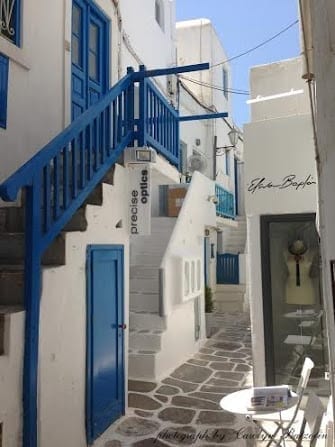 In case you needed a new pair of glasses.
Or sunglasses as the white of the buildings was blinding 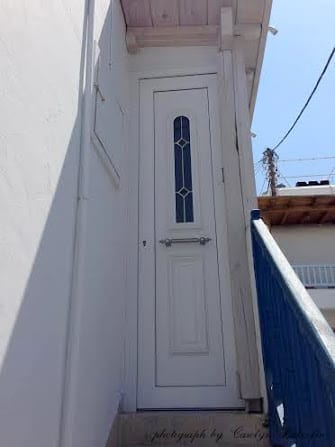 This is NOT the entrance to…
“Over eaters Anonymous.
From here we headed West to Athens

And finally. Lessons from our Celebrity X Reflection cruise…