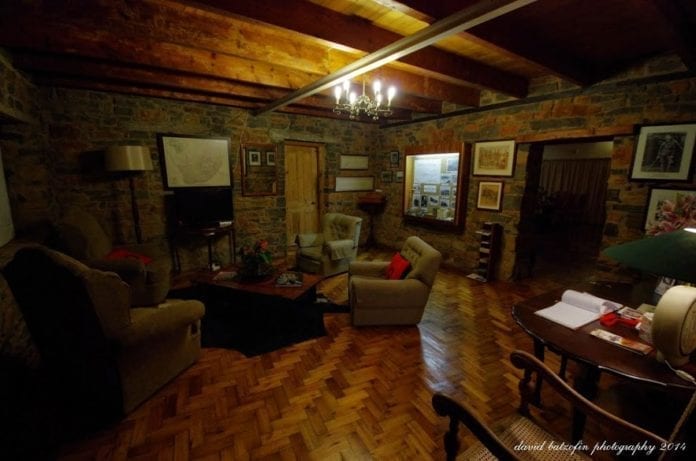 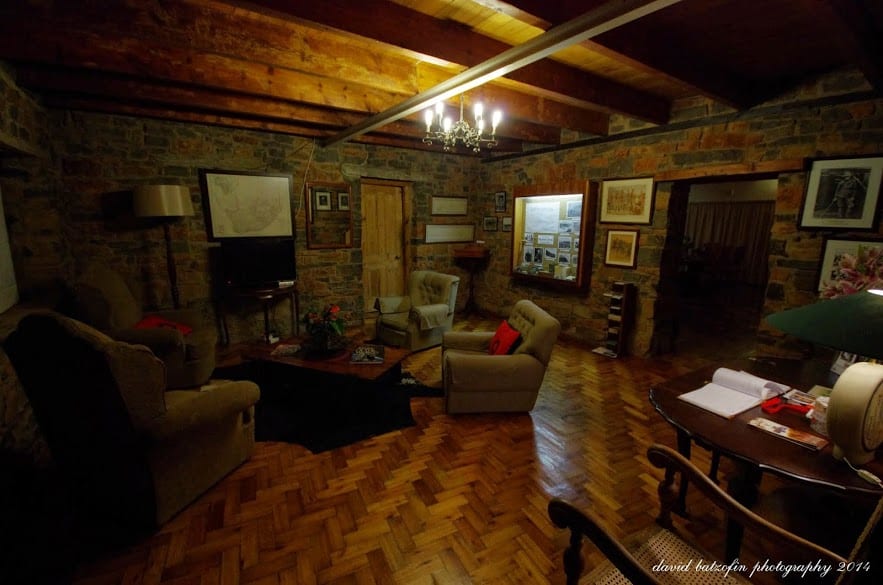 I sat here working last night, thinking about the day that lies ahead.
I wonder what thoughts were going through General Buller’s mind
as he prepared for the battle to come 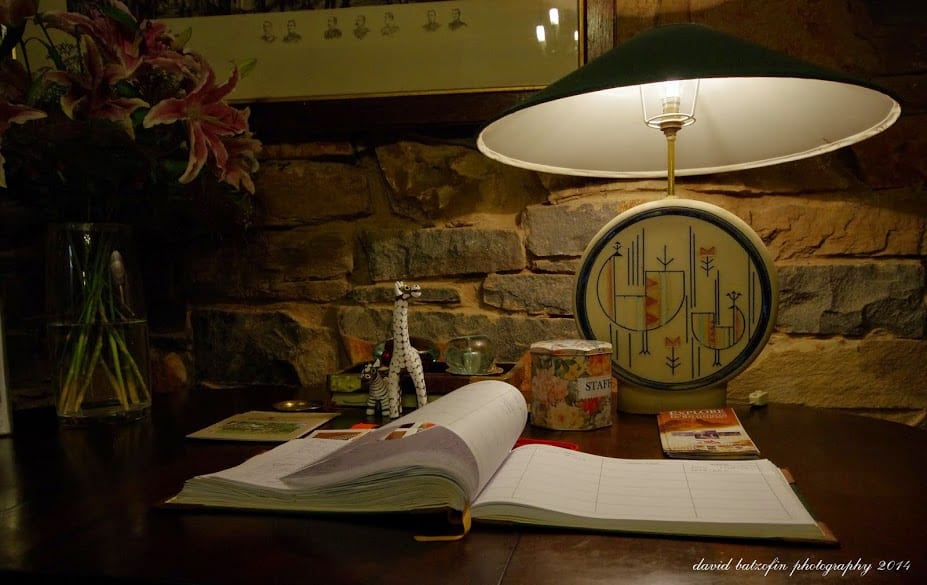 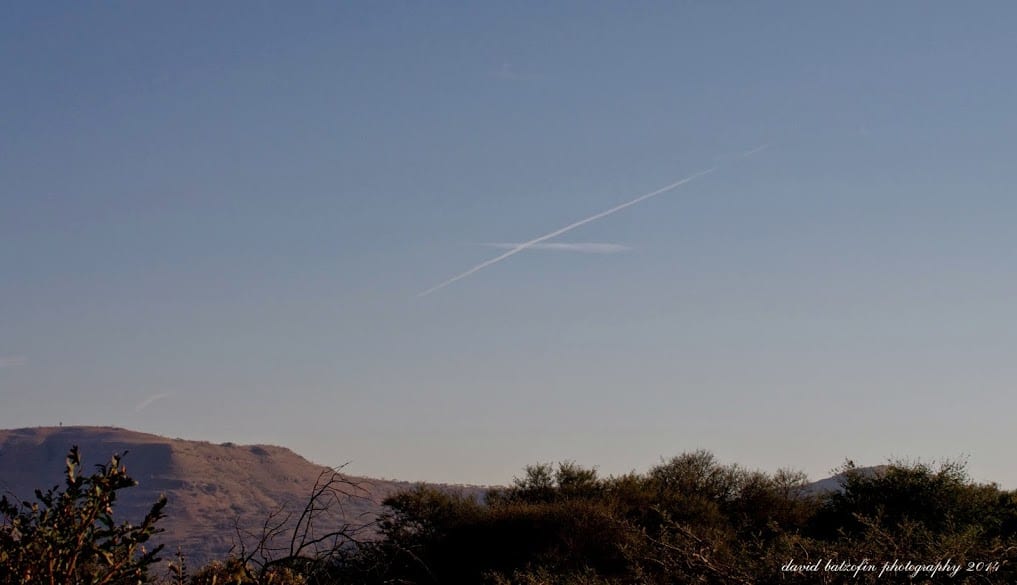 The vapour trail of a flight going to Durban.
A sight that was not seen during any of the Siege battles 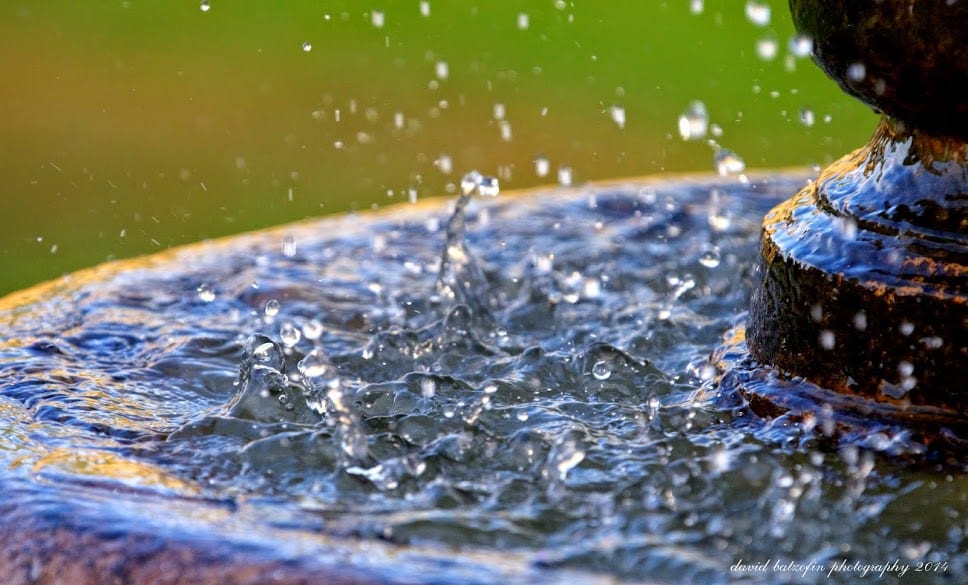 A prerequisite for a good battle… 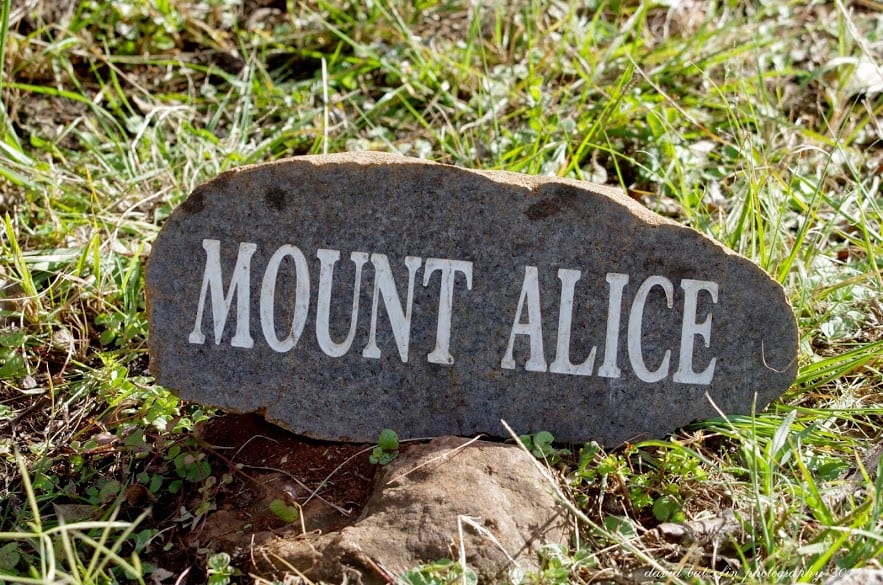 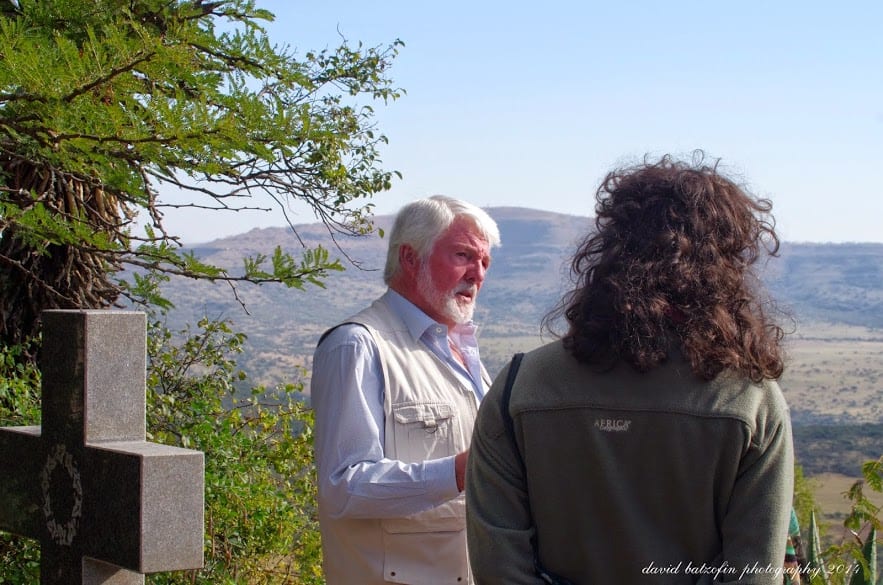 Raymond Heron F.R.G.S, is the owner of Spionkop Lodge.
He is a Specialist South African War raconteur and guide extraordinaire!
I learned more about South African history in one morning
than in 12 years of “school book” history. 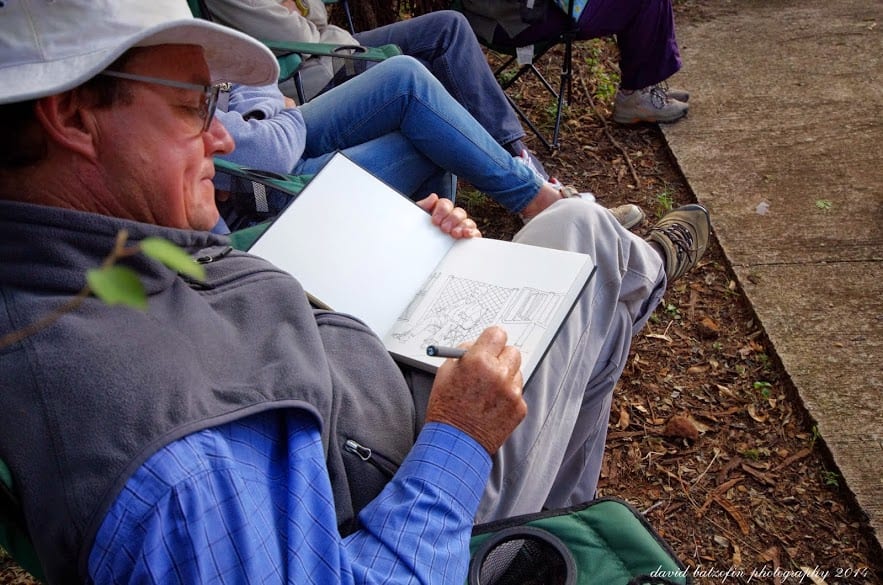 While Raymond was enthralling our group,
Bruce Backhouse, a local artist was sketching him.
www.brucebackhouse.com 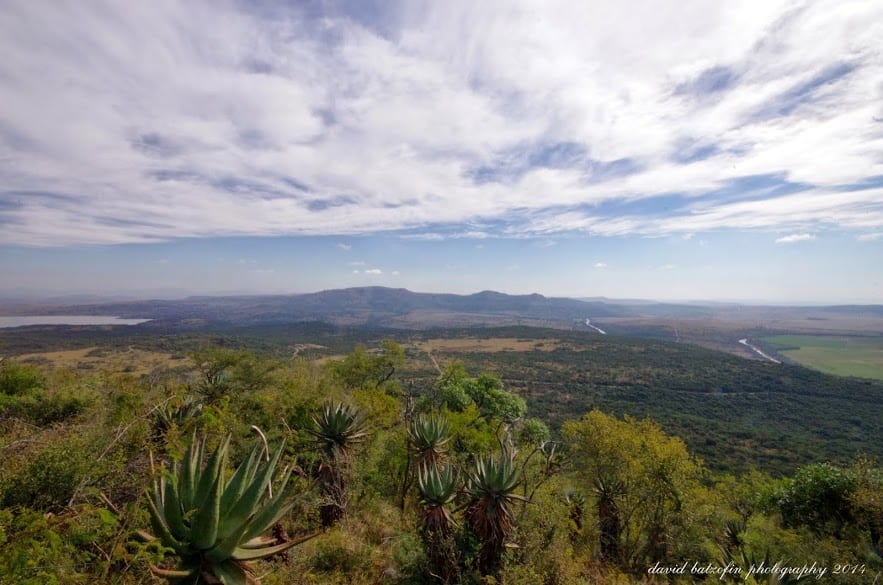 The view that General Sir Redvers Buller would have had.
Spionkop to the left and the Tugela River to the right 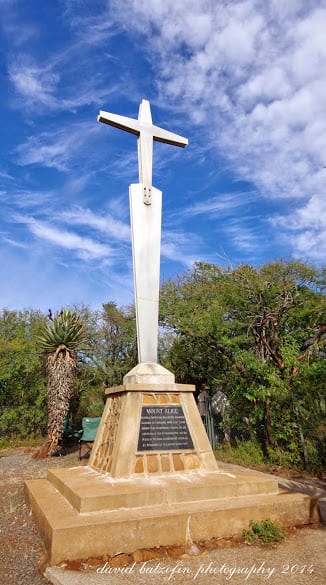 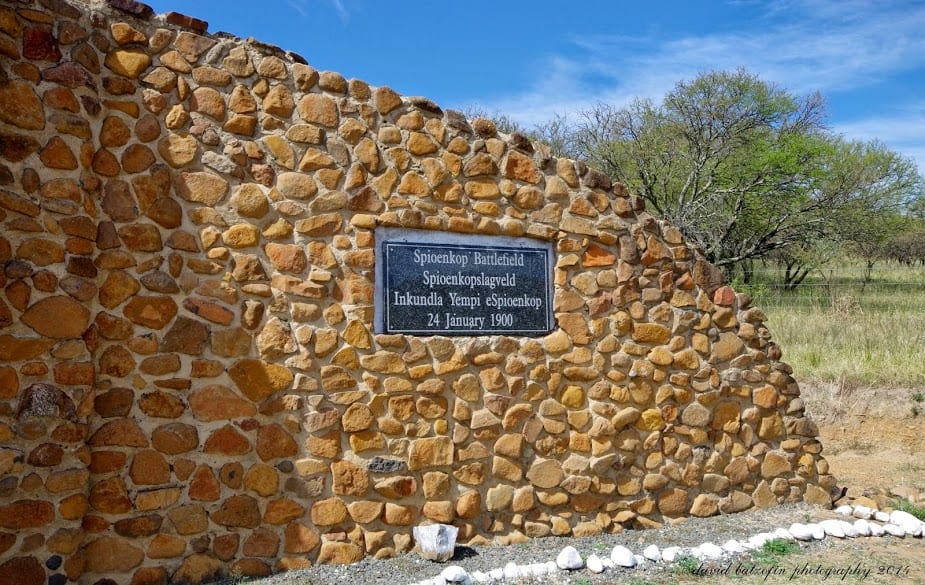 We arrive at the foot of Spionkop…
The day of the battle was 24 January, 1900 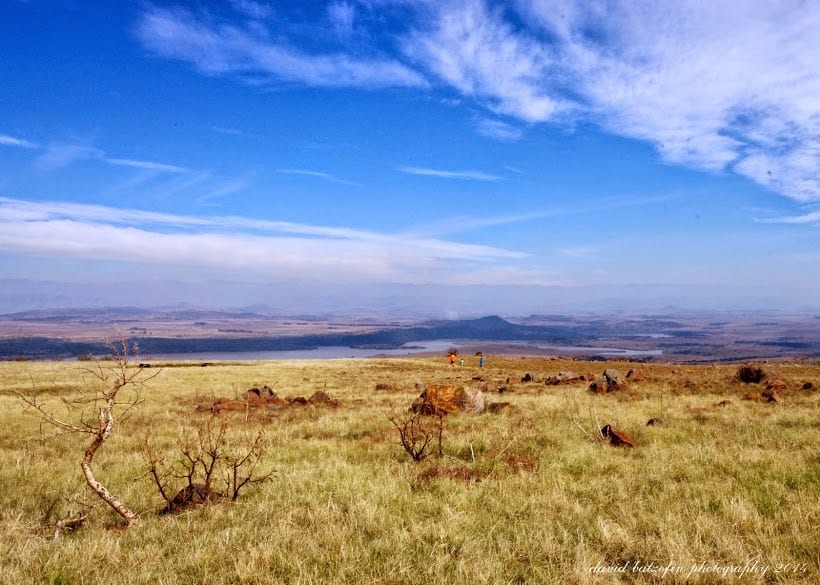 The vista from the Boer point of view 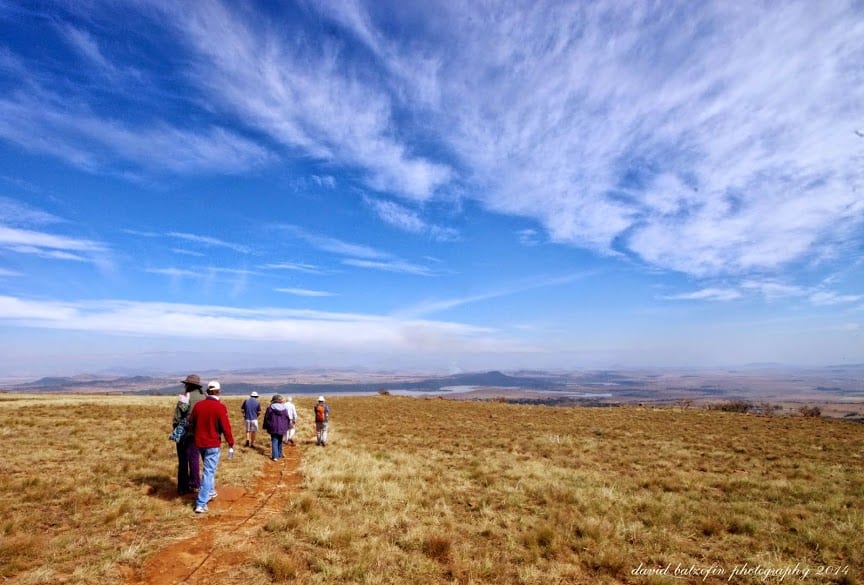 Our party heads out on our walk of discovery.
And what a discovery it turned out to be.
We all learned so much in the few hours that we spent on the summit 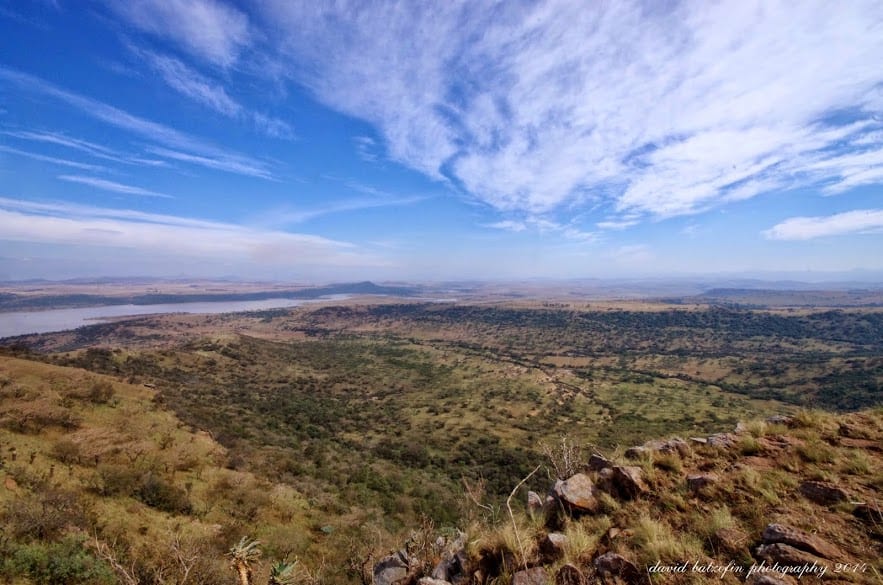 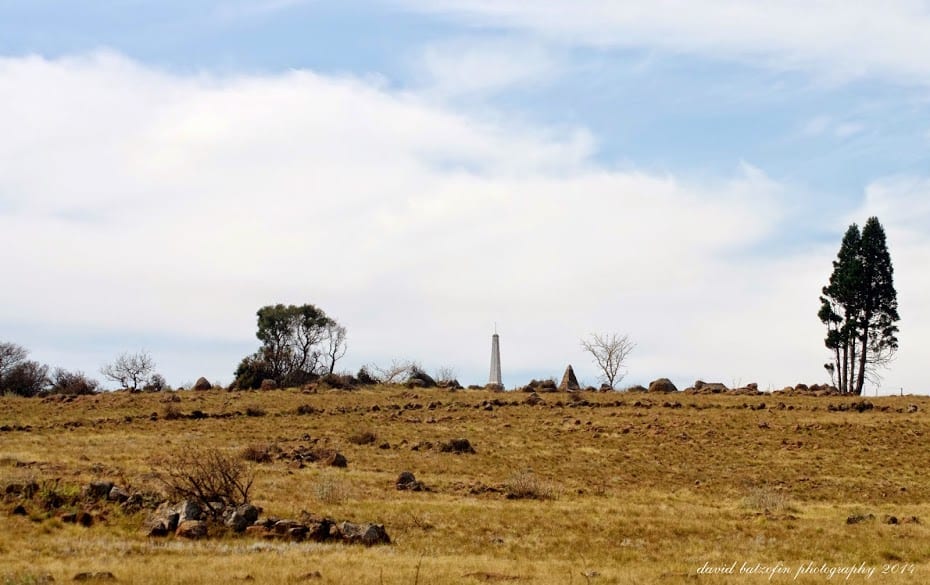 The tree on the right is a Cyprus that was brought from England
to be planted next to the grave of a fallen British soldier.
Not only did it survive the 2 month sea trip from England,
it had to be carried up the hill and planted in inhospitable soil.
It has been struck my lightning, more than once.
Survived drought and high winds…
and it seems to have come through the recent hailstorm unscathed.
Testament indeed to the bravery of the soldier
AND the perseverance of his family to get the tree to his grave. 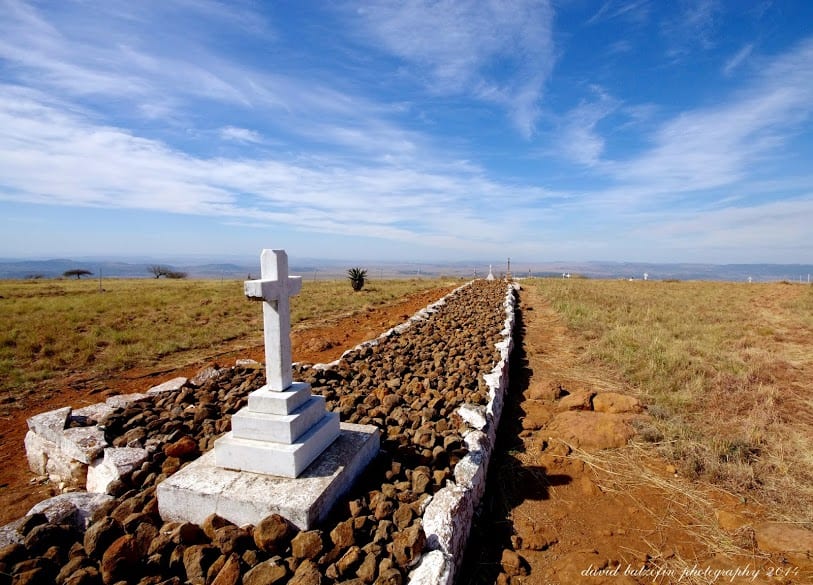 700 men are buried in two trench graves.
This battled caused the most amount of deaths in the smallest area of any war.
It was also the most pointless battle as both sides ended up retreating in opposite directions.
Not one inch of ground was gained or lost by either side.
If you need proof that war is futile…
This is a prime example! 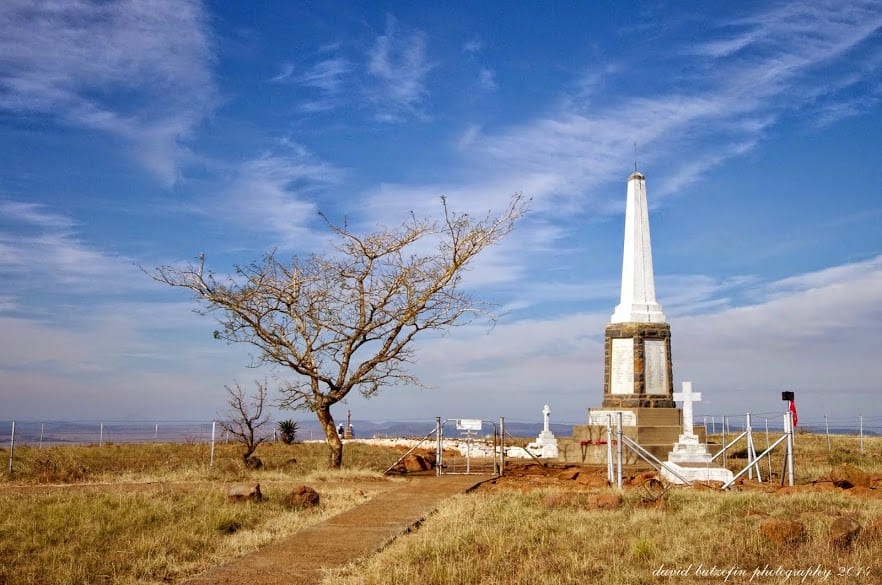 Another view of one of the monuments erected to the fallen on both sides.
The Acacia tree on the left was stripped bare by a major hail storm in March, 2014 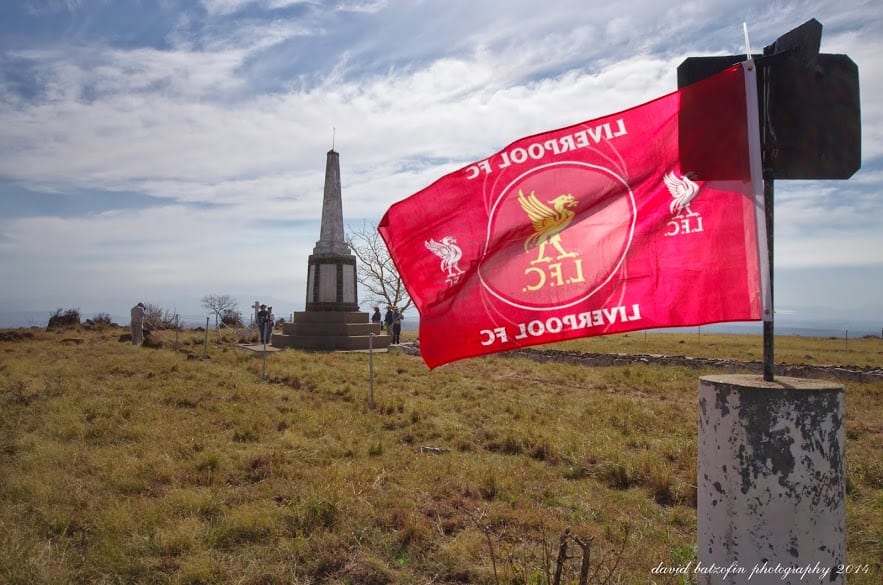 Every year, Liverpool football supporters come to pay tribute.
Not only to the soldiers that fell in the battle,
but to the 96 people crushed to death in the Hillsborough disaster in 1989 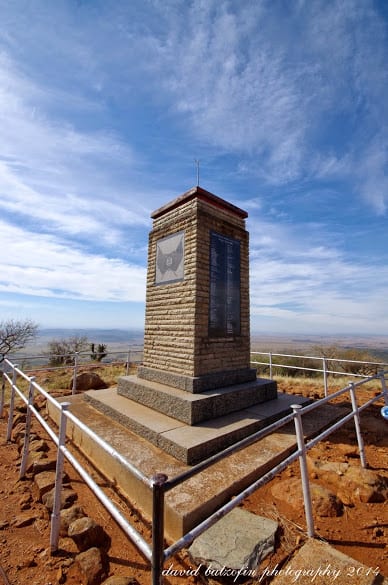 A memorial to fallen Boer soldiers. 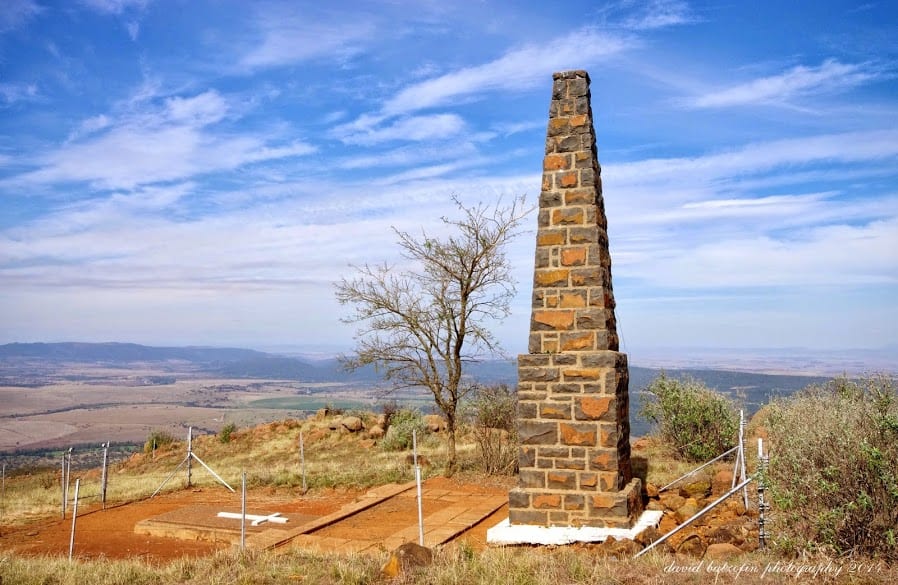 And this one to commemorate some of the British dead.
On this hill on that fateful day were three men who played a major part in world history.
General Louis Botha, who went on to become the first President of South Africa.(1910-1919)
Winston Churchill, who saw Britain through the second World War (1940-1945 and 1951-1955)
and…
Mahatma Gandhi, who became the father of Passive Resistance (1869-1948)
If any of those had been killed, world history might be totally different 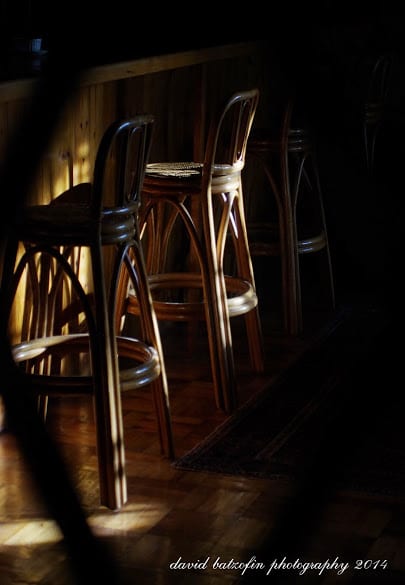 Tonight these stools in the Lodge bar will be occupied
as tales of the days activities are retold…
Unfortunately, not nearly as well as Raymond can.
It seems to be a pity that 80% of his tour groups are Internationals.
Perhaps it is time for that to change
and for locals to become more interested in our own historical past.
“If we do not learn from our past, history is doomed to repeat itself”. 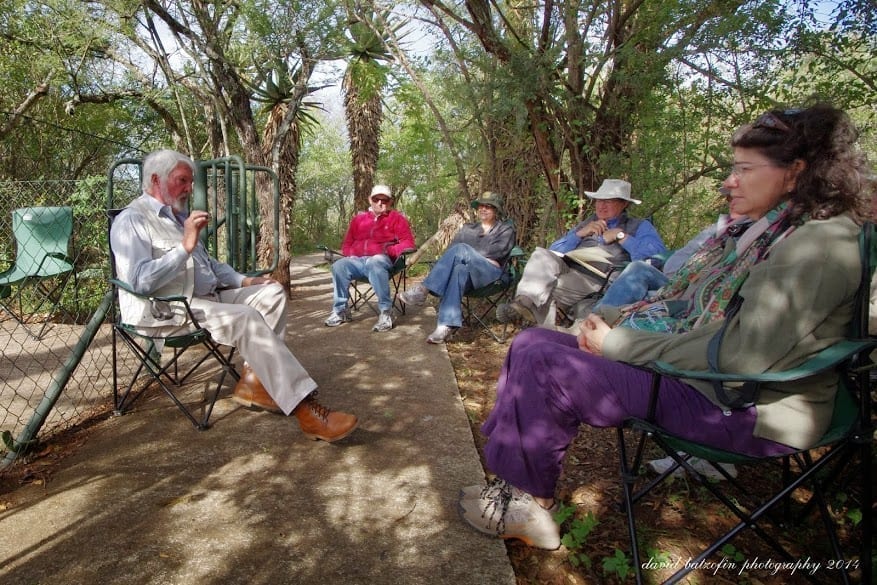 “Travel & Things” is an entrant in this competition.
The results should be out soon.