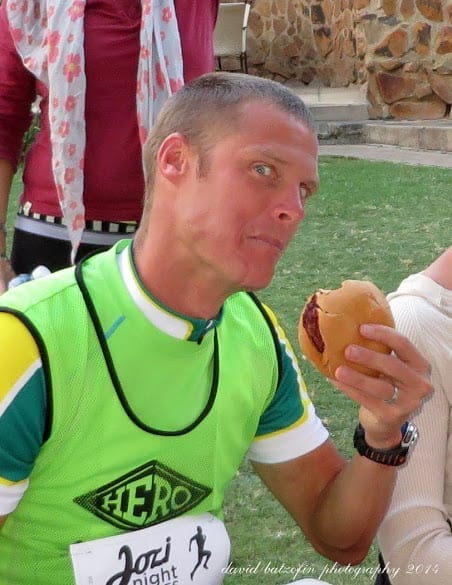 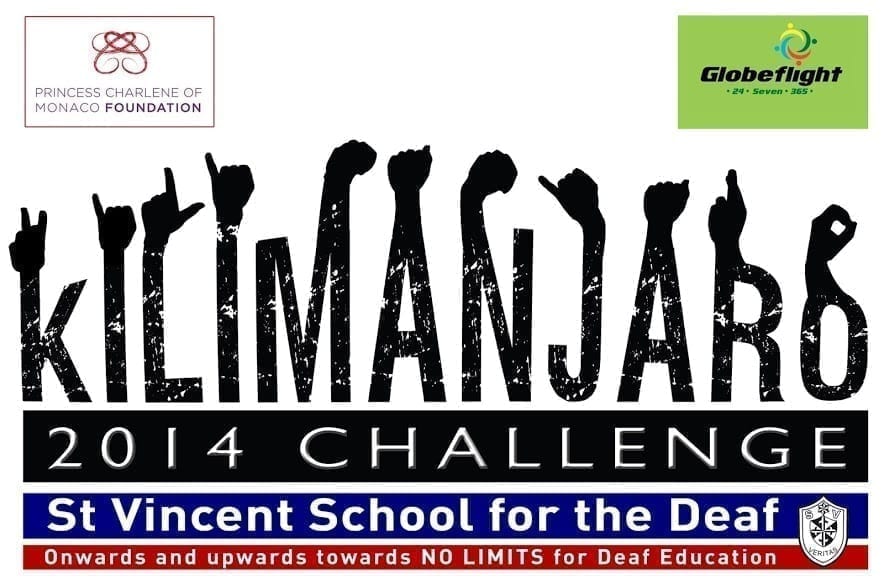 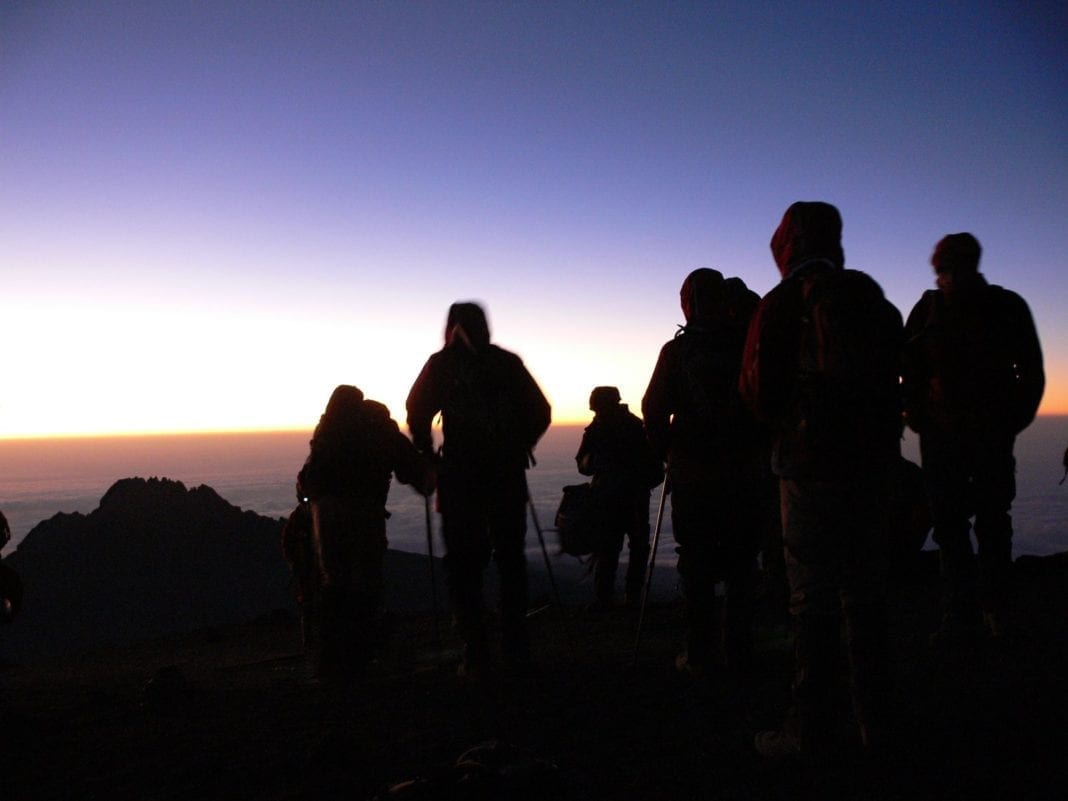 2014 Kilimanjaro Challenge.
In aid of…

On 10 October 2014 I hope to once again stand at Uhuru Peak,
this time to raise awareness for this school and the work they do.
Educating the deaf started in King William’s Town (Eastern Cape) in 1888.
The Congregation of the Dominican Sisters of St Catherine of Siena
moved their school to a property in Melrose, Johannesburg called “The Haven”
The school was named after St Vincent Ferrer, a 14th century Dominican preacher,
renowned for restoring hearing to the deaf.
The school has been educating deaf children for the past 75 years.
To find out more about the school,
visit their website:
http://www.stvincentschool.org.za/ 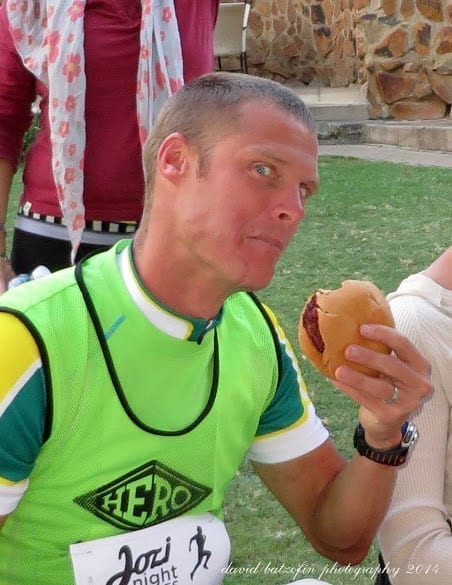 Included in the climbing party will be Terence Parkin,
Knowing him as I do, he WILL be the first South African deaf Olympian to summit.
“Pole, Pole” (Slowly, slowly in Swahili) Terence.
On the mountain your usual “flat-out” speed will NOT be required. 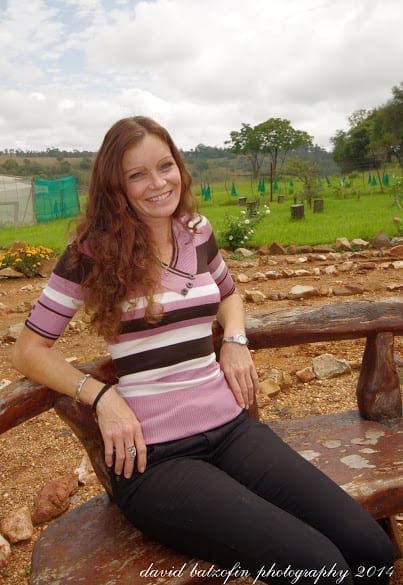 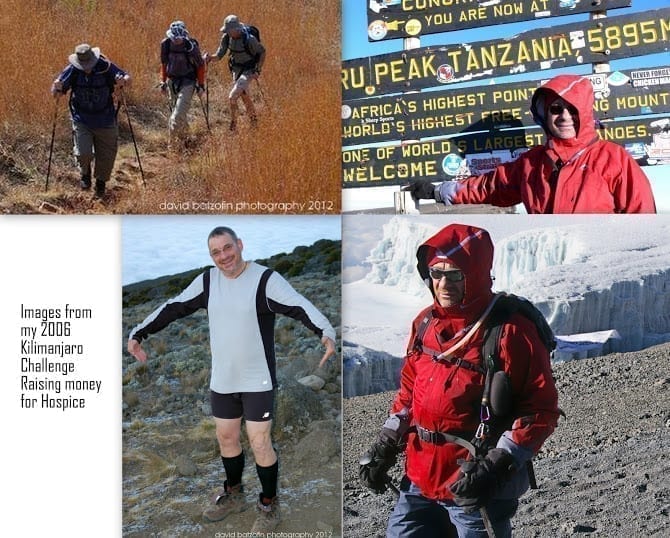 From training to Uhuru Peak.
The image of me in shorts was taken at 06h00 when the temp was -2C 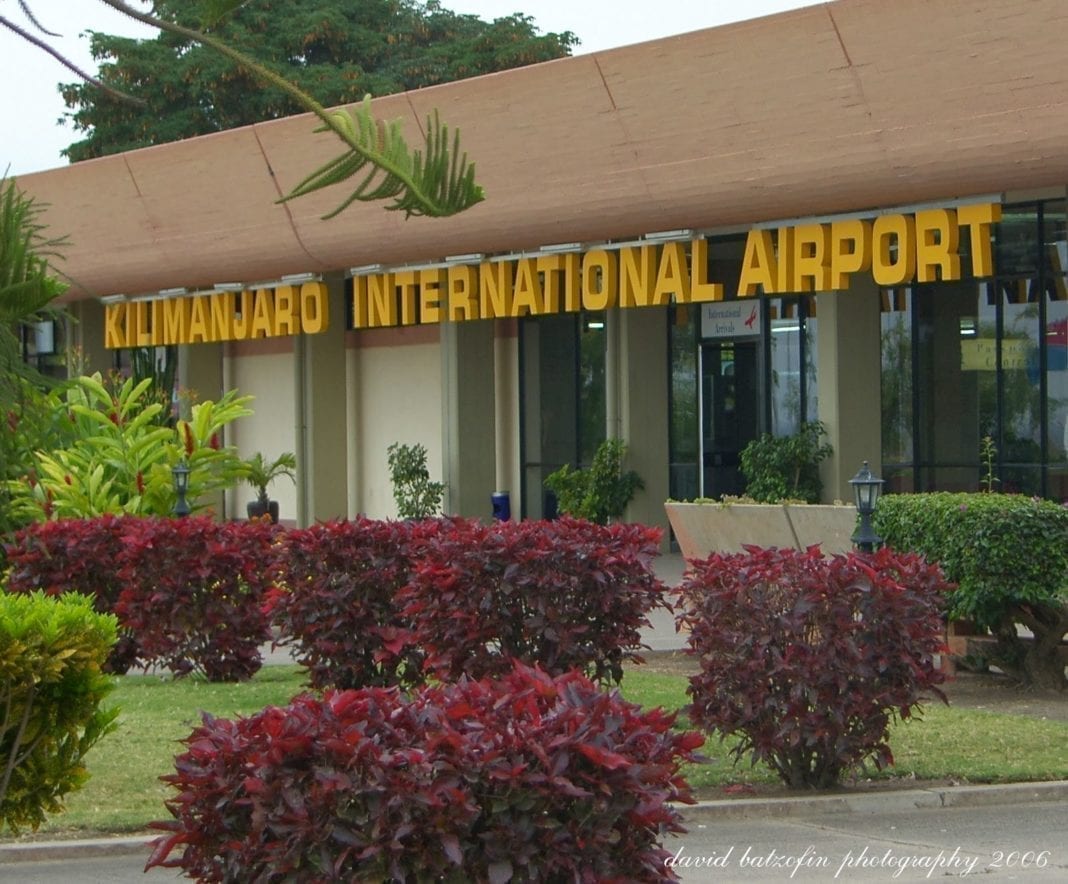 These images are from the 2006 trip.
Although we will be doing a different route from my previous climb,
I imagine that some of the experiences will be similar
http://batzofin.blogspot.com/ 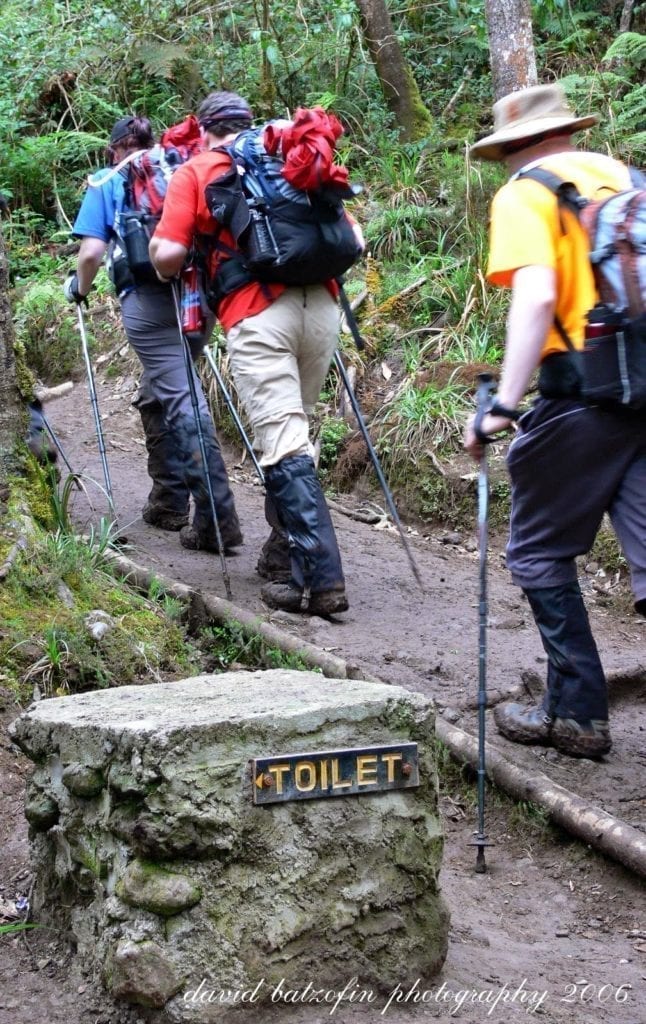 I have insisted that the company we are climbing with take a “porta-loo”.
Those who have climbed Kilimanjaro, will know that the toilets leave a LOT to be desired! 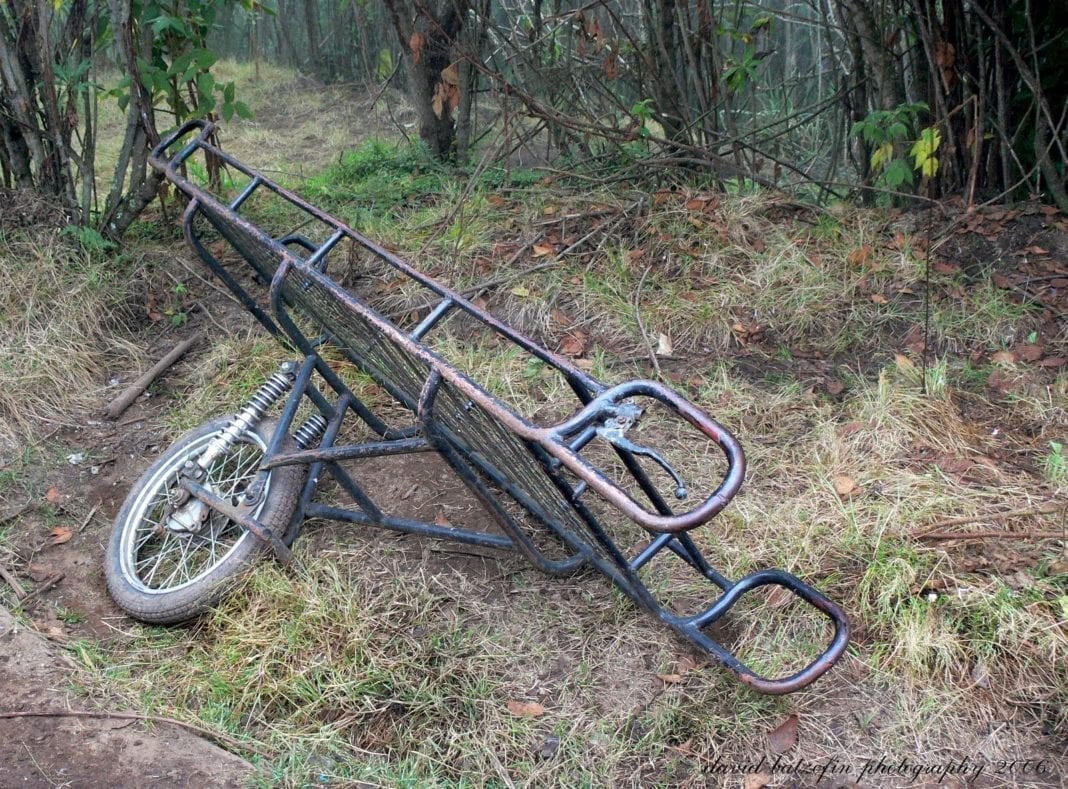 This is a Kili ambulance.
Look carefully and you will notice that there is no brake cable. 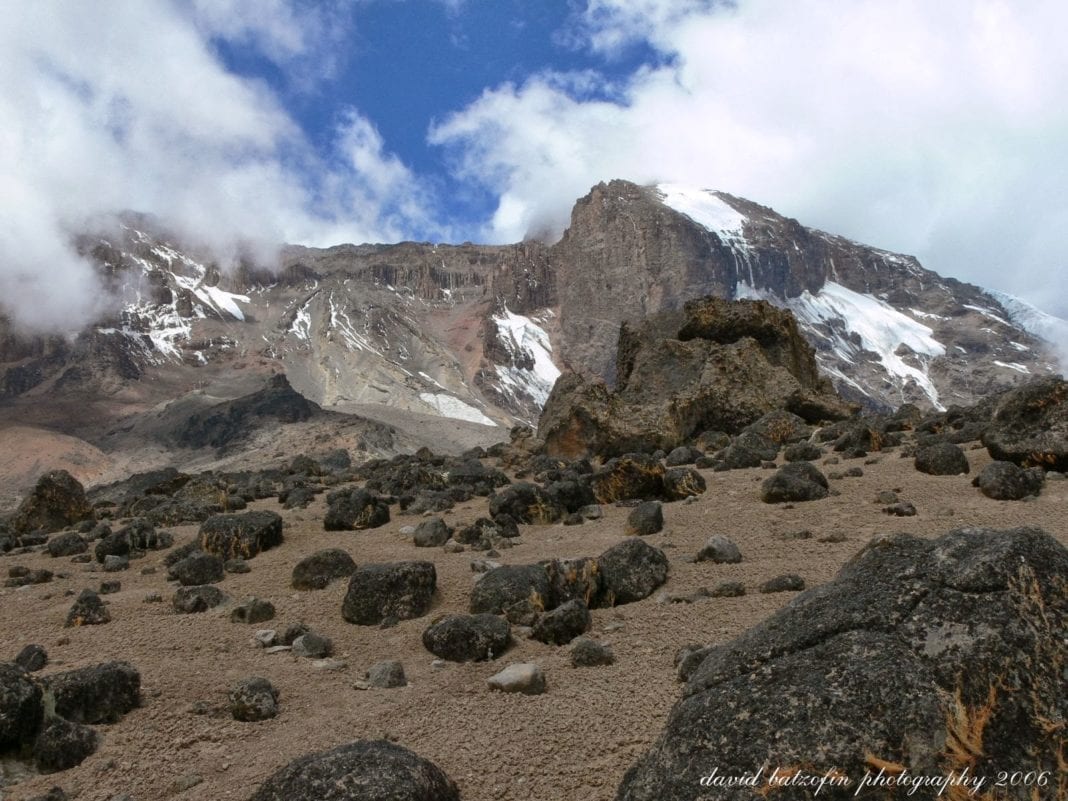 A view of “the mountain”… 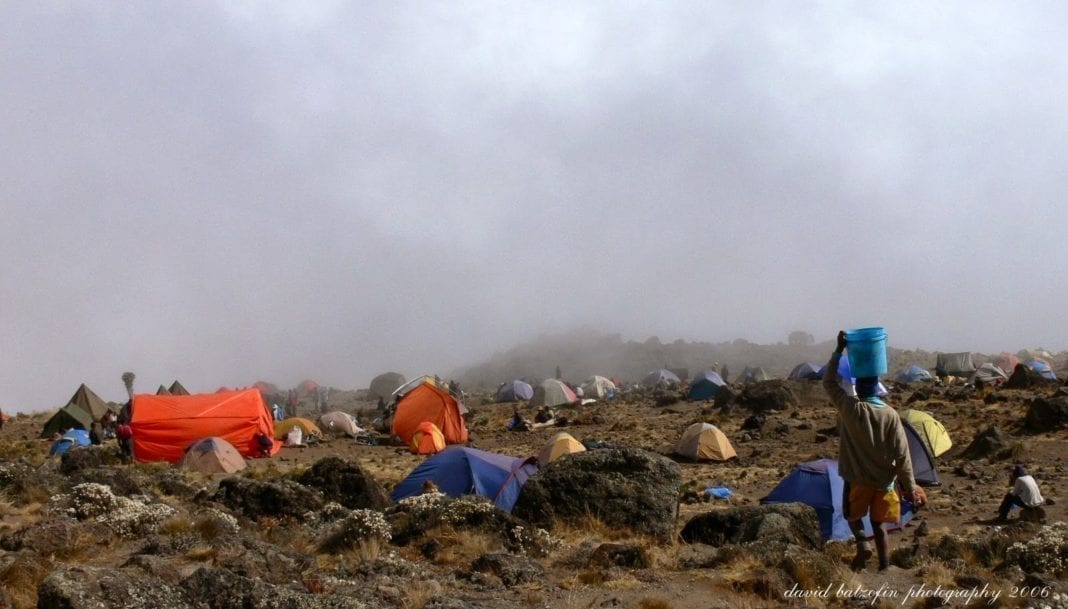 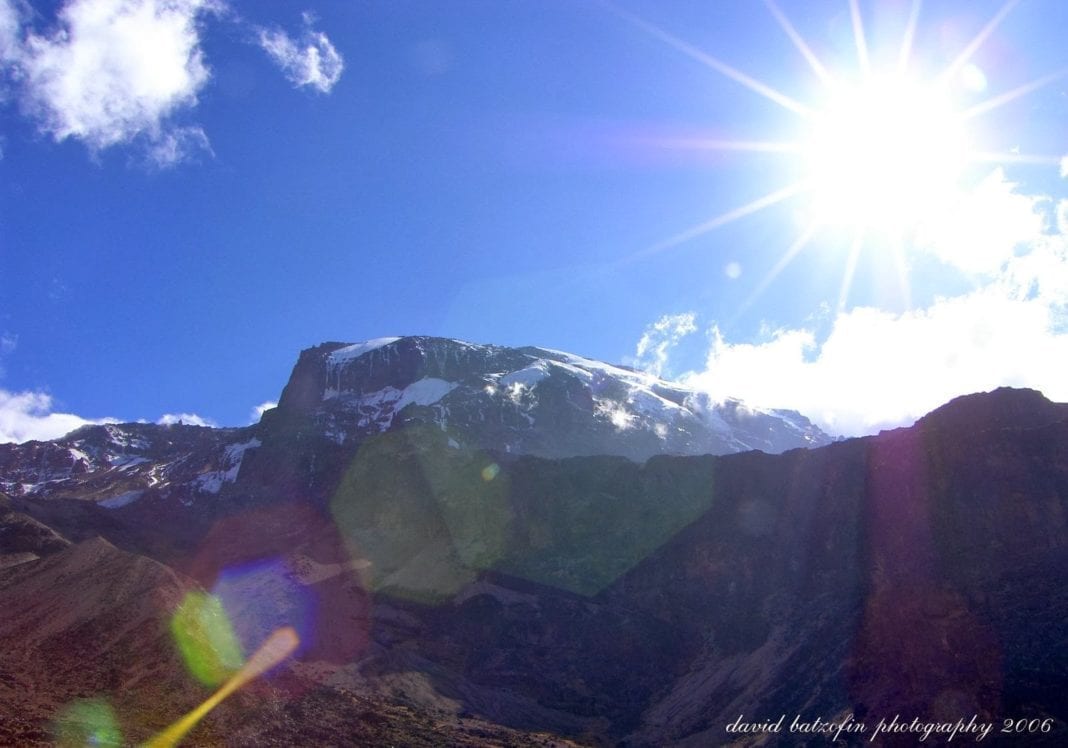 Morning on the mountain 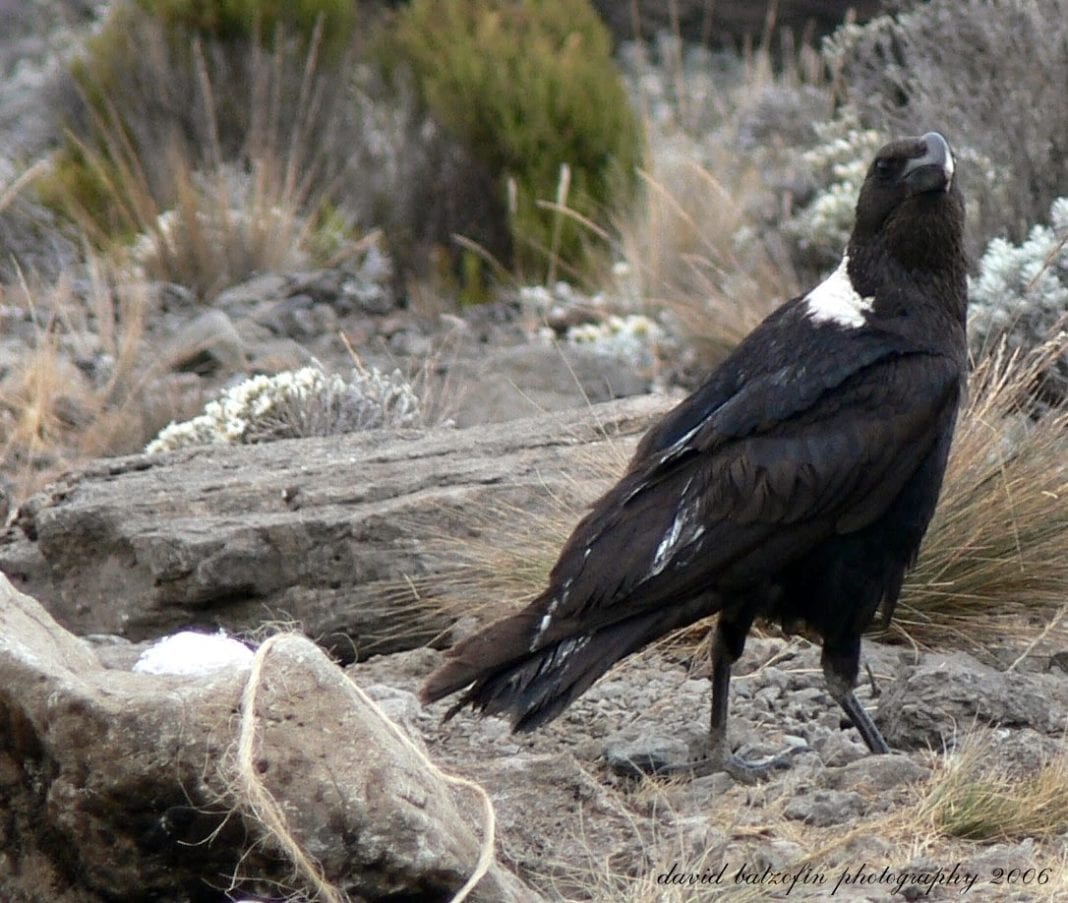 The crows on Kilimanjaro are HUGE.
They can be found up to the last camp on each route
as they know that is where the food stops

Climbers on the skyline 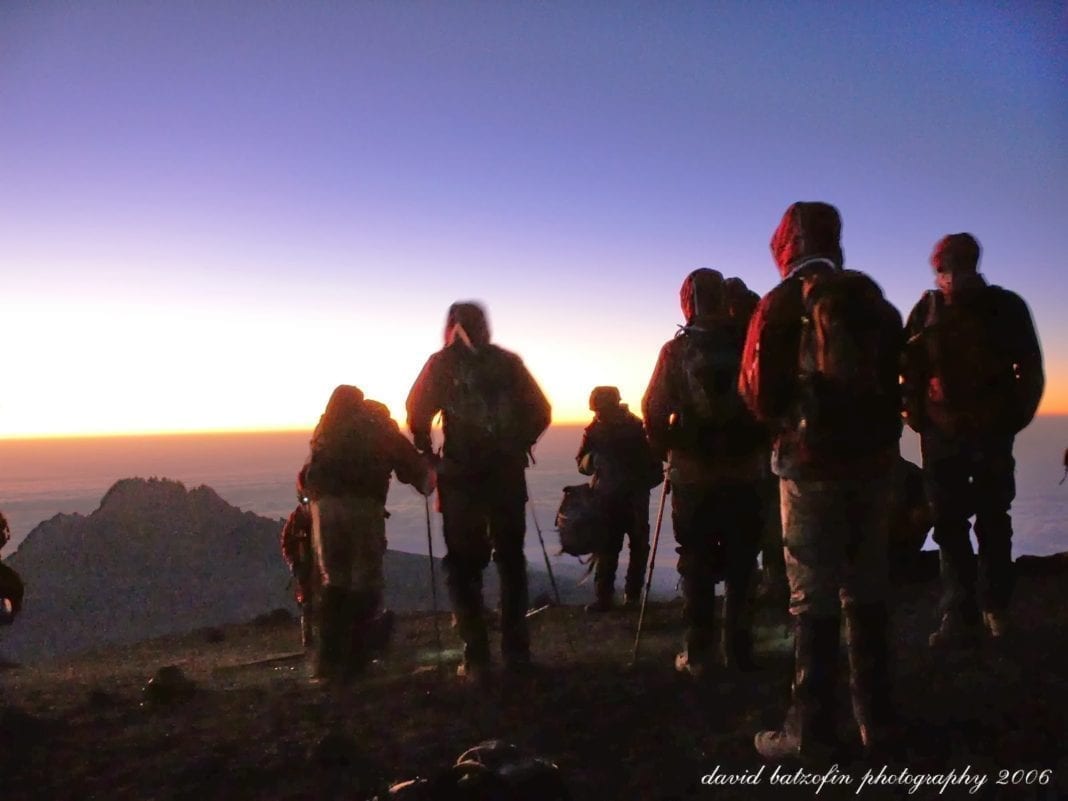 Part of the group that I climbed with in 2006.
There were 18 members and 16 stood at the summit 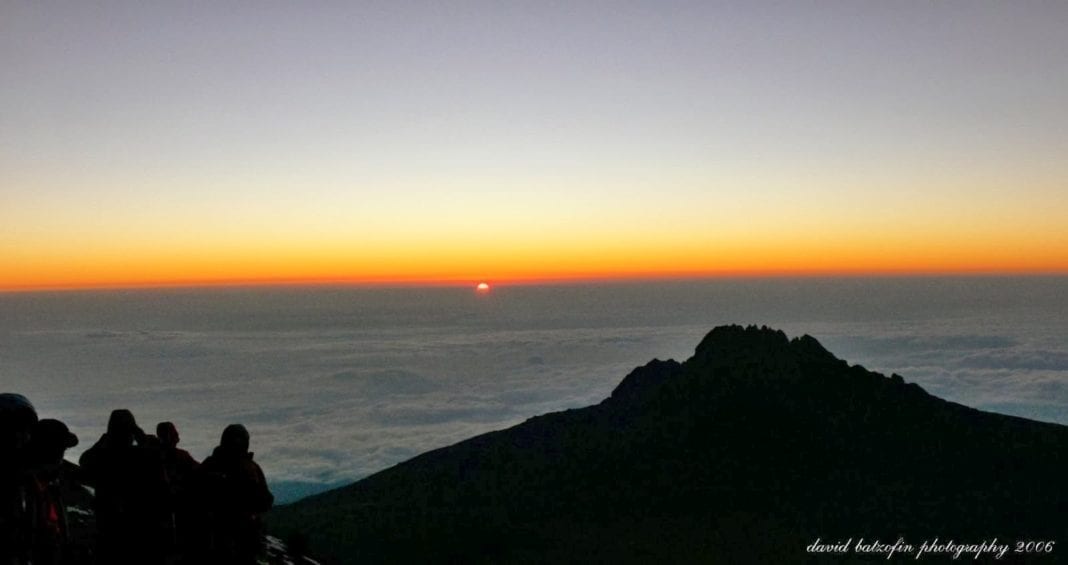 Stella Point.
Time your summit attempt correctly and you will reach this point at sunrise. 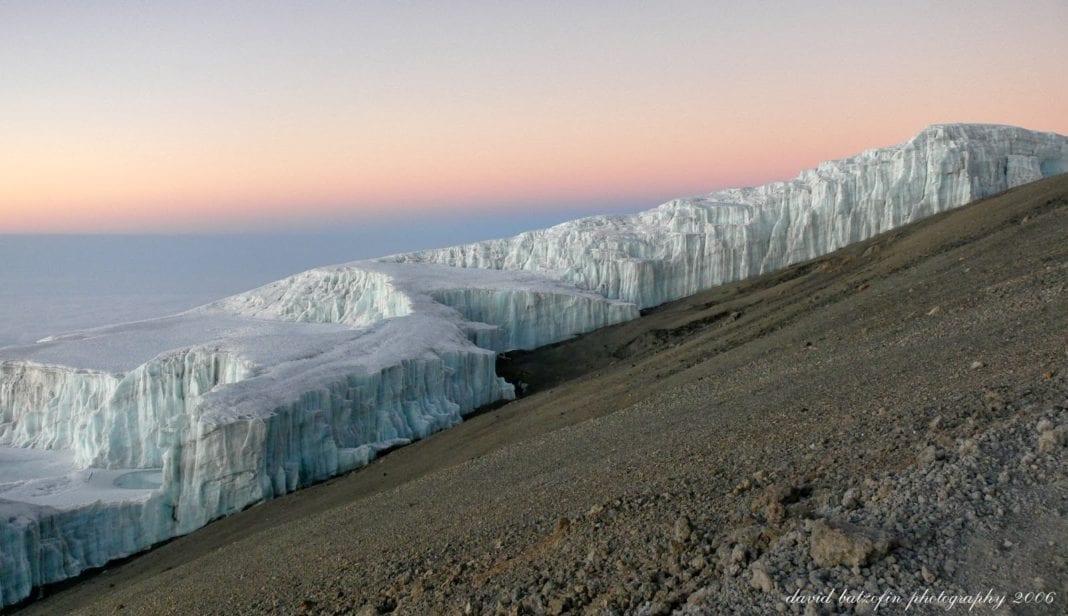 They were truly spectacular 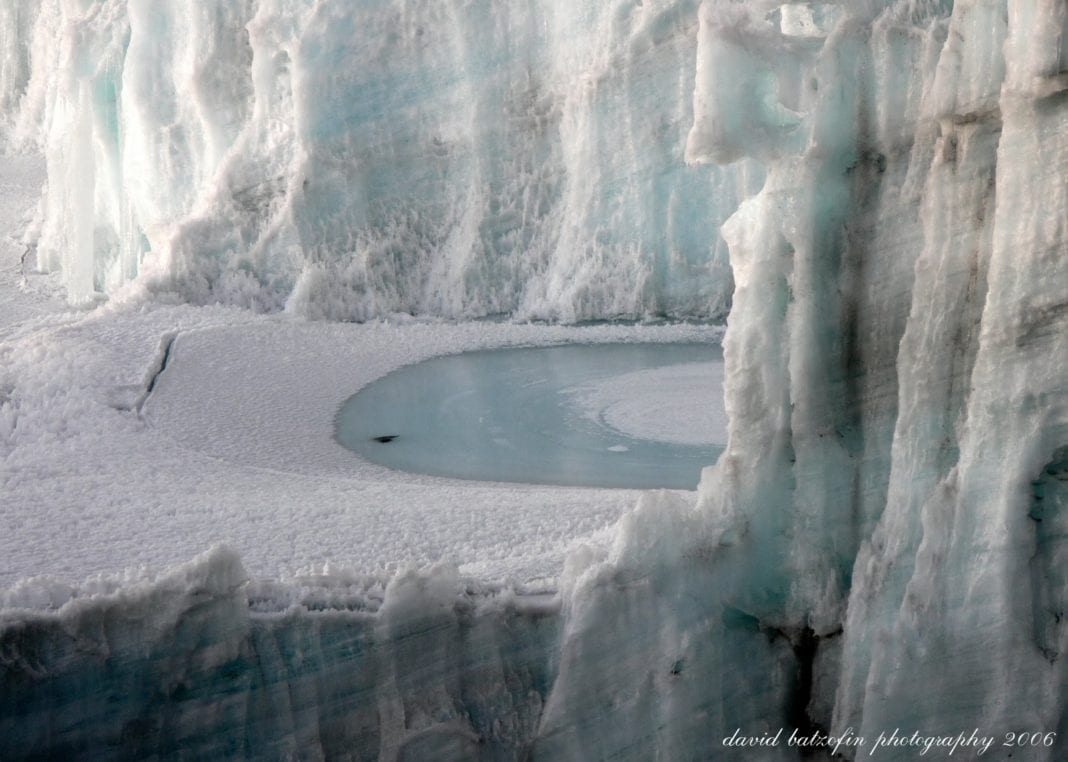 In 2006 they were melting and instead of the water running down the mountain,
it was evaporating.
Not good for the farmers at the base of the mountain. 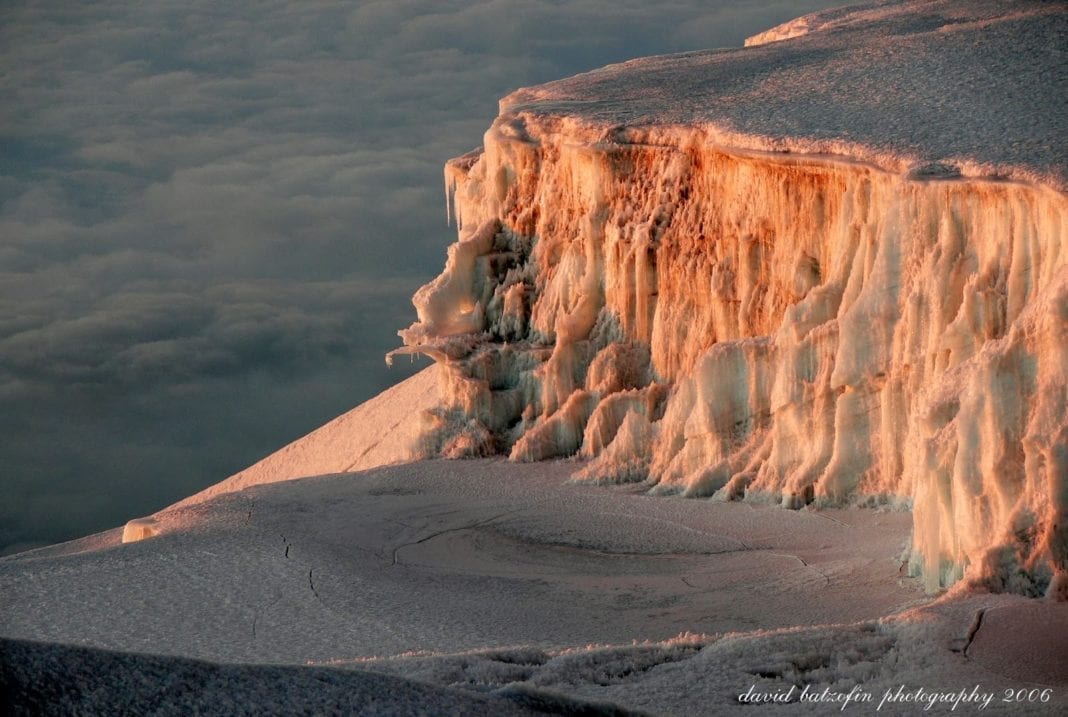 The colours are beautiful 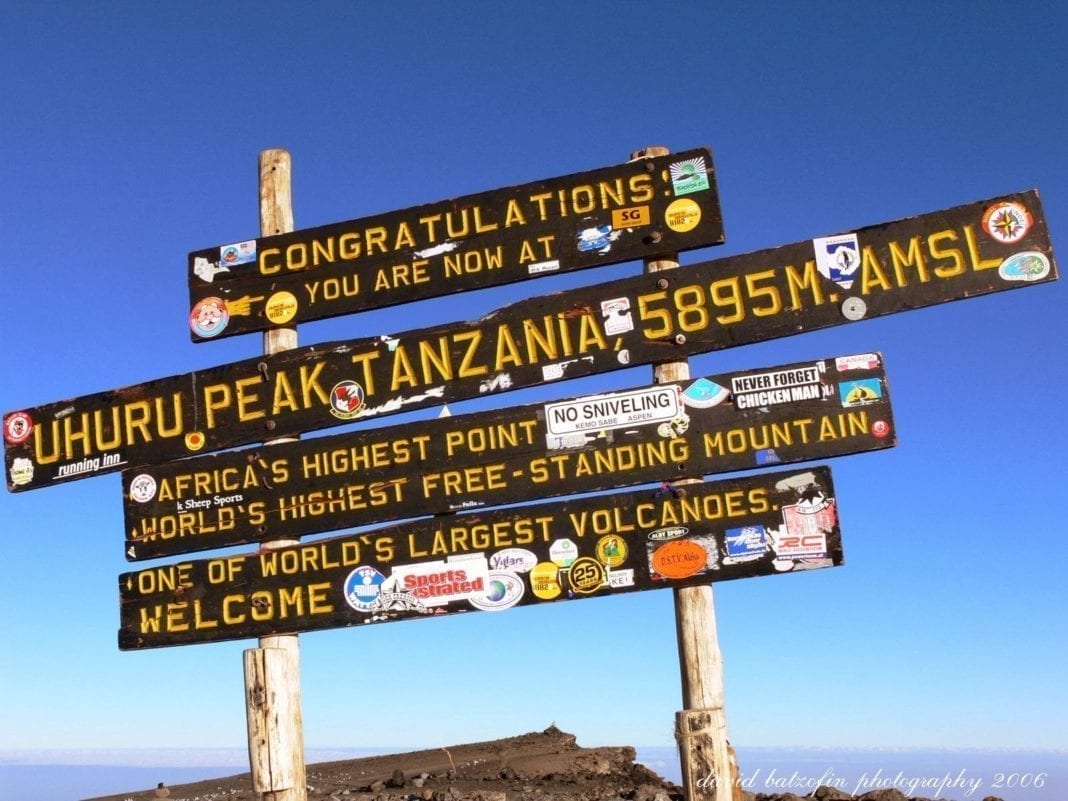 This is the goal…5895m.
The summit of the highest free standing mountain in the world.
(All the other mountains in the 7 summit challenge are part of a range)

Scree and ice.
A good name for a Punk band?

Our last look at the mountain before we headed back to our hotel. 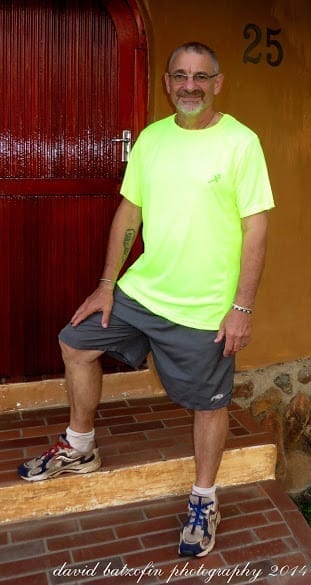 The training has already started!
This is the itinerary for the October, 2014 Challenge…
The Rongai Route


Pre and post climb accommodation will be at either Keys Mbokomo or Keys Uru.
Both of these hotels have good views of Mount Kilimanjaro and are classified as modern “tourist” standard hotels.
They are of medium size, and rooms are all en-suite.


Sunday 05 October 2014
After an early breakfast, a senior guide will conduct your climb briefing.
You will then be driven to Rongai Gate, where you will meet the rest of your guides and porters.
After the formalities at the gate have been completed, begin your ascent to the first cave en route.
The climb should take approximately 2 to 3 hours.
This part takes you through the cultivated area of the mountain, where you can see how local farmers tend to their lands on the slopes.
Overnight at Simba Camp (1,800m).

Monday 06 October 2014
Early in the morning, begin trekking out past the second cave, and on to the third cave.
This should take you approximately 6 to 7 hours.
The climb today is relatively difficult, taking you through forest and well into the moorland.
Overnight at Kikelelwa Camp (3,800m).

Tuesday 07 October 2014
This is an acclimatisation day – you will hike further up the mountain, then return to third cave for overnight.

Wednesday 08 October 2014
Continue ascending to Mawenzi Tam Hut, which should take approximately 7 hours to get to.  Overnight camping at Mawenzi Tam Hut (4,330m).

Thursday 09 October 2014
Depart to Kibo Hut, which should take you approximately 4 to 5 hours.
Settle down for an early night camping at Kibo Hut (4,703m).

Friday 10 October 2014:
Summit Day!!
Today you will be heading for the highest point in Africa – Uhuru Peak (5,895m).
You will be woken around midnight to commence the 5 hour hike,
on heavy scree up to Gillman’s Point (5,686m).
You will be walking in the dark as the ground is frozen and this makes it easier to ascend this steep section.
As you reach the Crater Rim, the sun should be rising to display Africa in all its glory beneath you.  The views are spectacular and it makes the entire journey worth every step!
Continue another 1 or 2 hours to Uhuru Peak, along the wide paths of the crater rim, peering down onto massive glaciers shining in the morning sun.
Arriving at Uhuru can be quite emotional, with the strain of the summit finally behind you and Africa surrounding you!
After a few photographs at the summit, begin your steady descent to Kibo Hut for a rest and some nourishment, then continue to Horombo Hut to camp for overnight.

Saturday 11 October 2014
After breakfast, descend to Marangu Gate.
You will be transferred to Keys Hotel for a well-needed shower and an evening of celebration by the swimming pool.
Overnight at Keys Hotel on a bed and full English breakfast basis.

Sunday 12 October 2014
Your tour ends today after breakfast and you will be transferred from Keys Hotel to Kilimanjaro Airport. 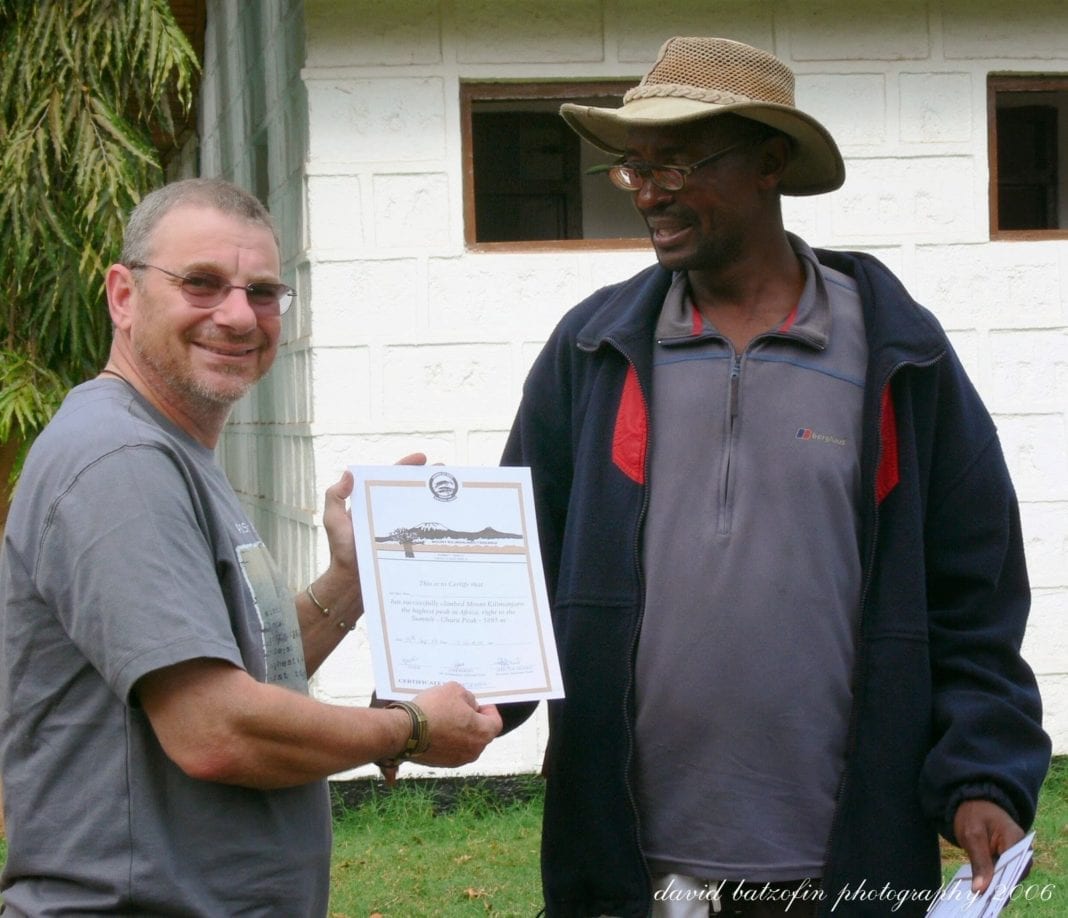 Make it to the summit and you to will get one of these certificates. 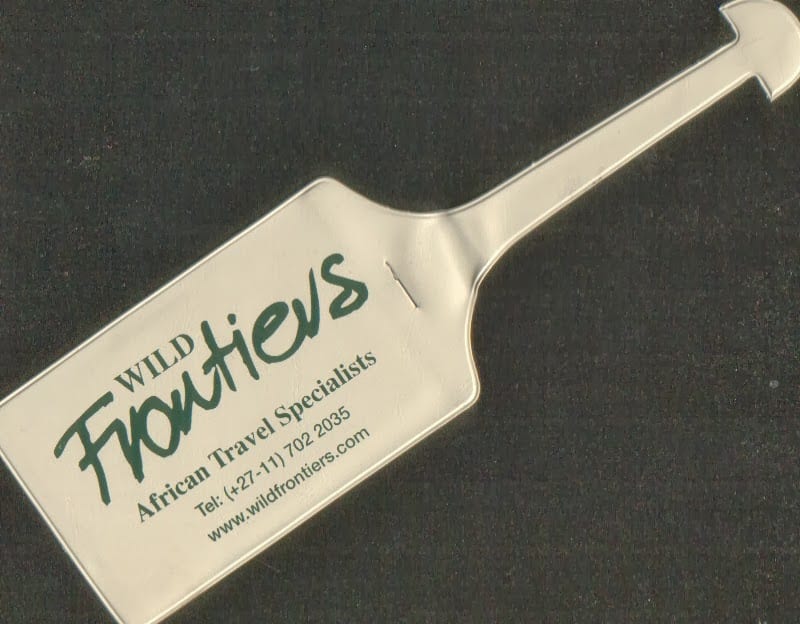 In 2006, I climbed with this Johannesburg based company.
This year, I will be climbing with them again.
Is Kilimanjaro on your “bucket list”?
There are still a few places on the “team”
If you would like to join the expedition. email me for the dates and costs.
david.batzofin@gmail.com 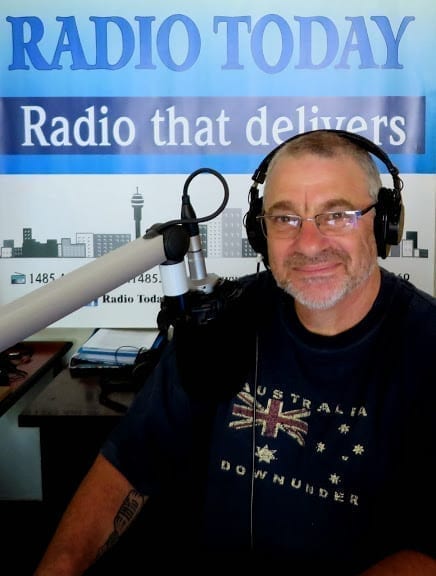 Once again, all being well, the Radio Today flag will flutter at Uhuru Peak.
And this time it will be joined by several others!

Stay tuned to my ” Travel & Things ” radio show as we build up towards the expedition.
The show airs on a Saturday between 09h00 and 10h00 (South African time)
The show is rebroadcast on a Wednesday between 19h00 and 20h00
1485am broadcasts live from its Johannesburg studio
and nationally on DStv audio channel 869.
Radio Today (@Radio2Day) also streams via its website: www.1485.org.za
AND on cell phones: 1485.mobi
All the podcasts can be found via this link:
http://www.davidbatzofin.com/search/label/Radio%20Today
So you have no excuse!

Publicity is being handled by Di Sparks
Product and service sponsors 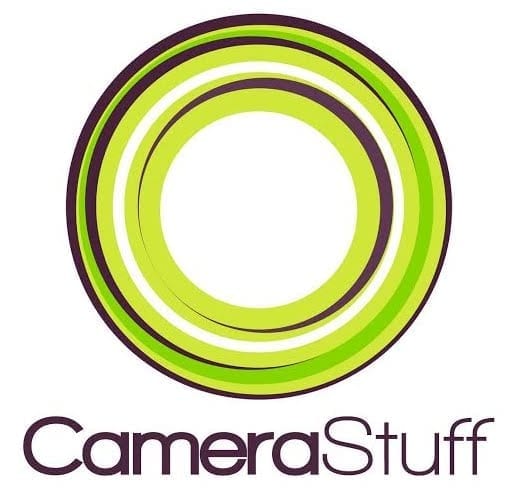 Madikwe Hills…saving the best for last!

January in our garden.

War is not good for children and other human beings…