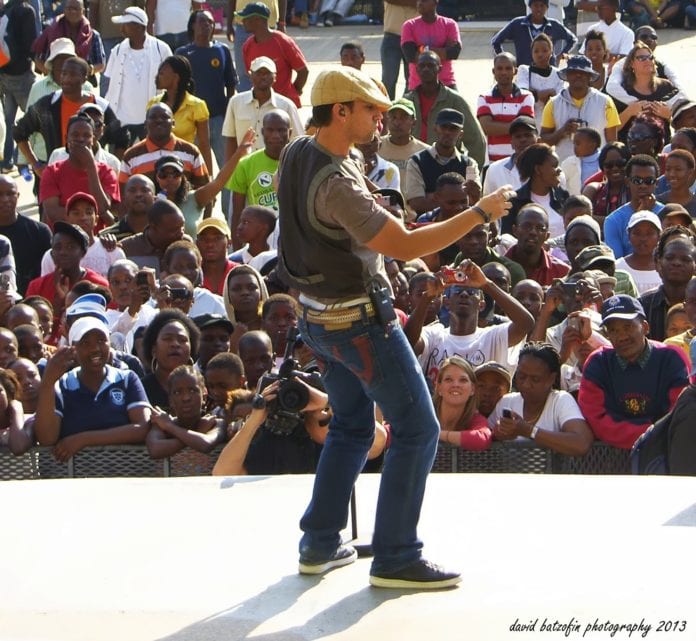 RIP TATA MANDELA
1918-2013
An icon, gone but never forgotten.
Your work is done,
Your time has come,
Rest now.
Forever, amen
I am currently in Oz, and this is my tribute to a giant
that I was privileged to work with on several occasions.
This was the interview I did with Nikki Temkin: 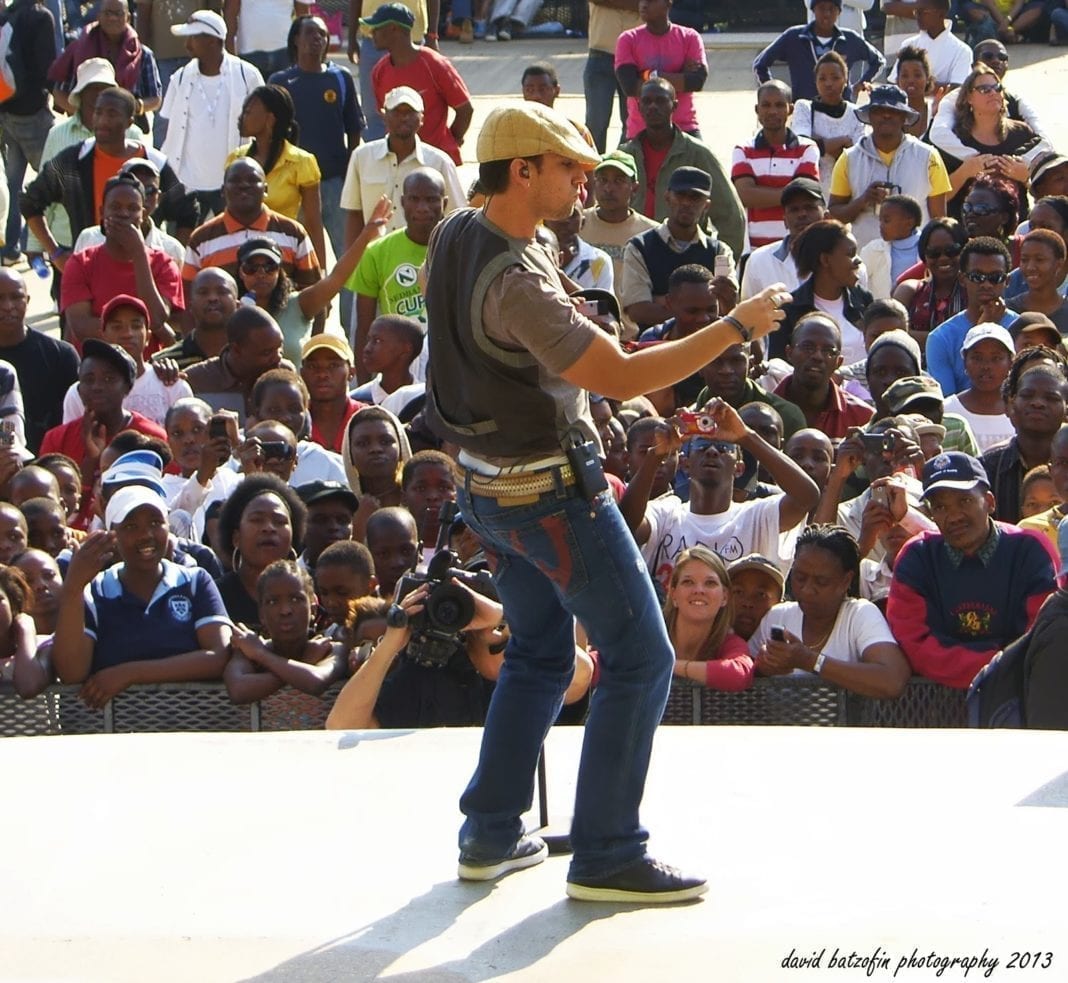 On 21 September, 2008 yet another birthday celebration was held for Madiba.
This event was held in Johannesburg and was one of many held to celebrate his 90th birthday.
Danny K, rehearsing and entertaining the crowd that arrived early…

Shortly before the arrival of an icon…
The final full on stage rehearsal. 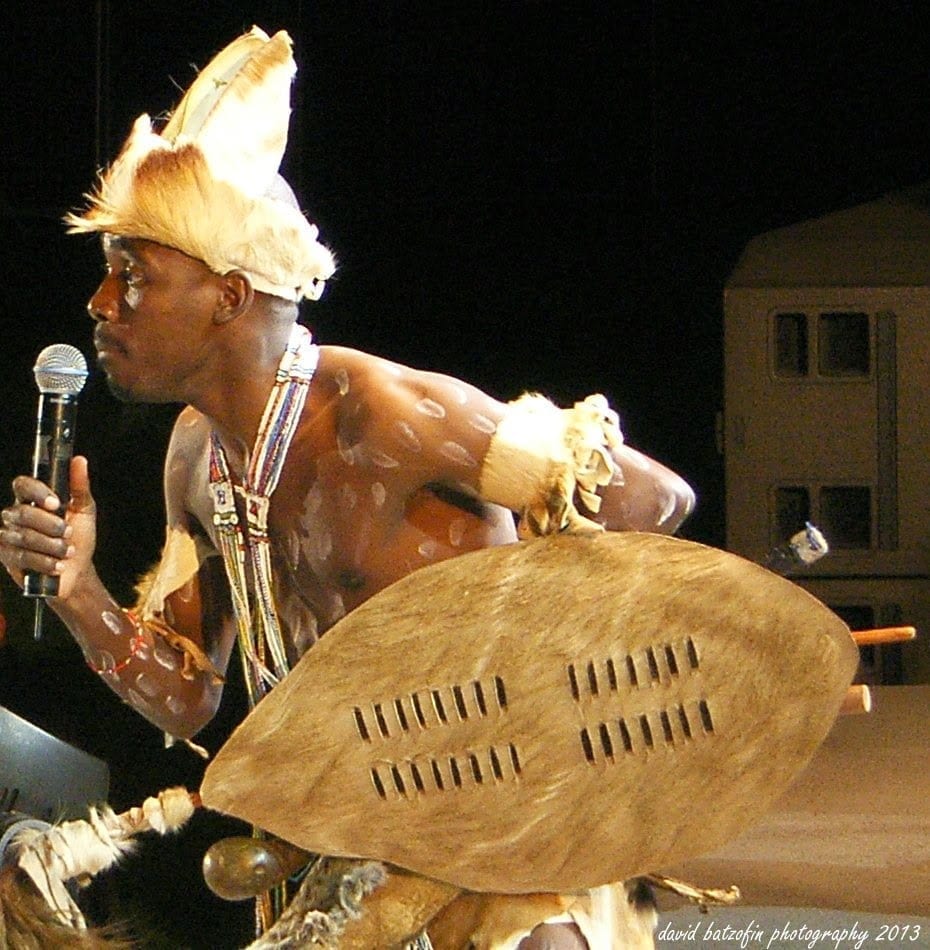 Madiba’s personal praise singer arrives on stage…
He could hardly be heard over the roar of the crowd. 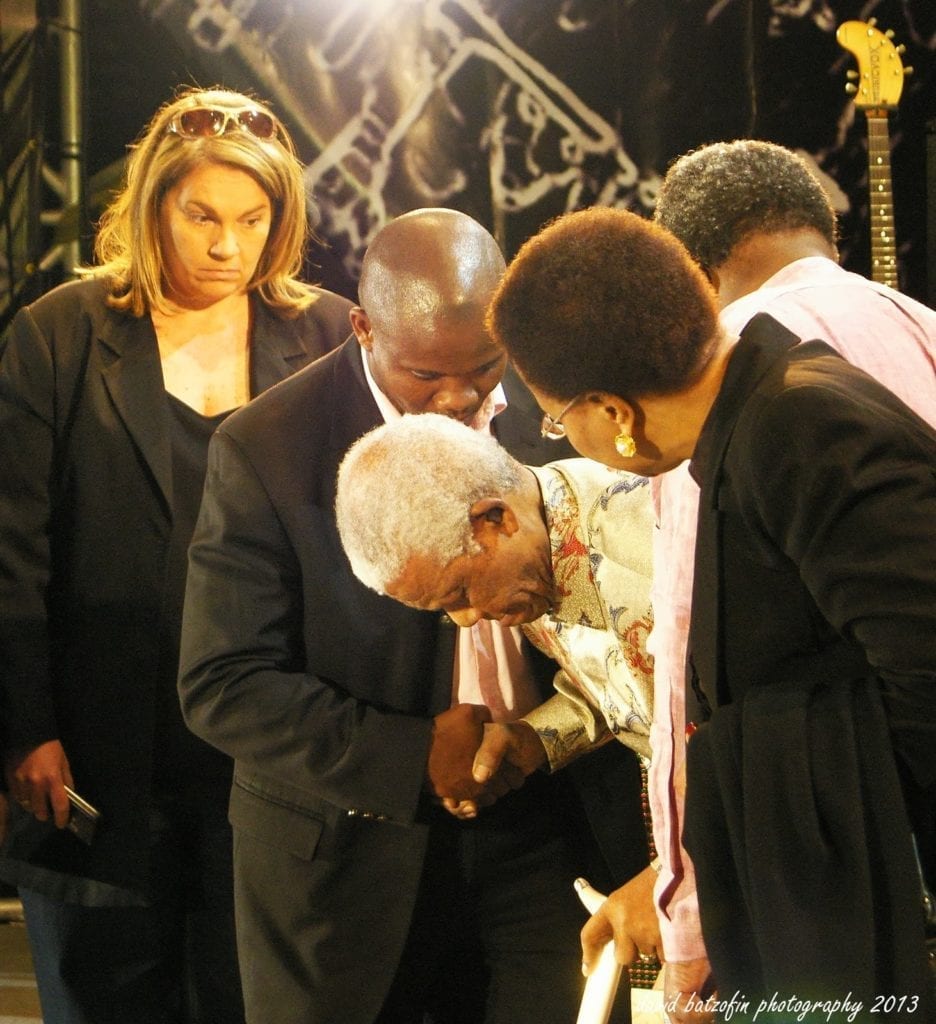 The moment we had all been awaiting.
Madiba and his entourage arrive.
I was the floor manager for the event and as such,
I had almost unlimited access to him. 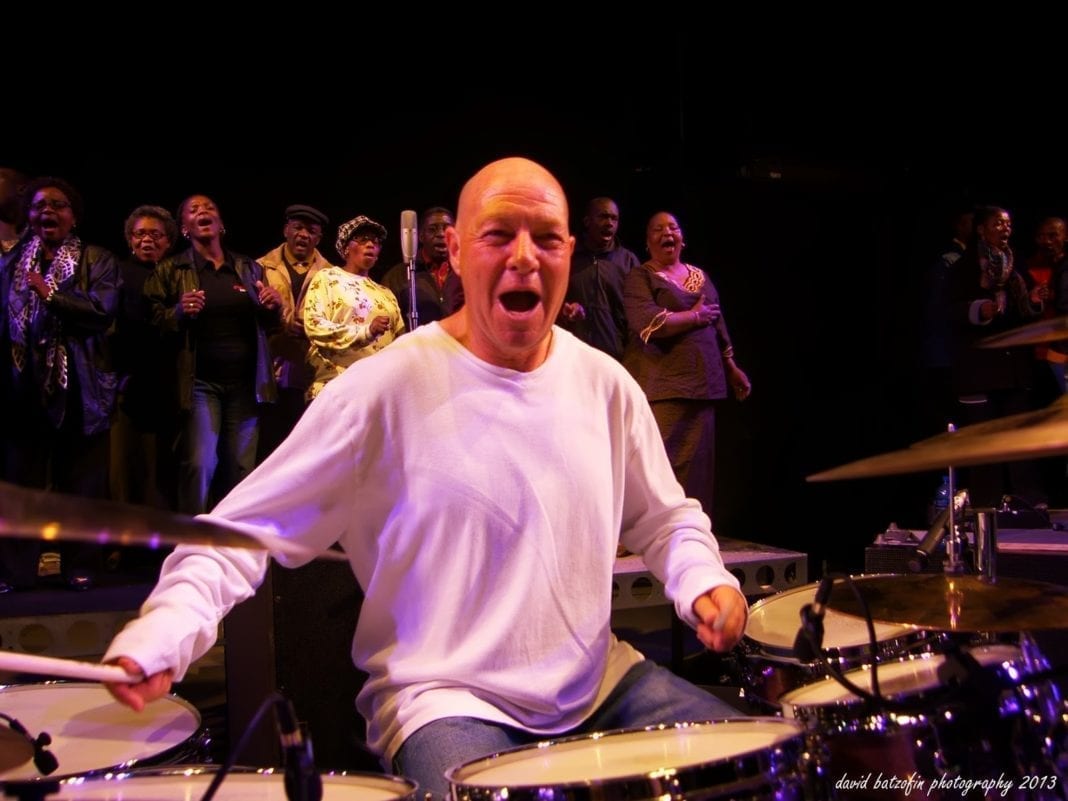 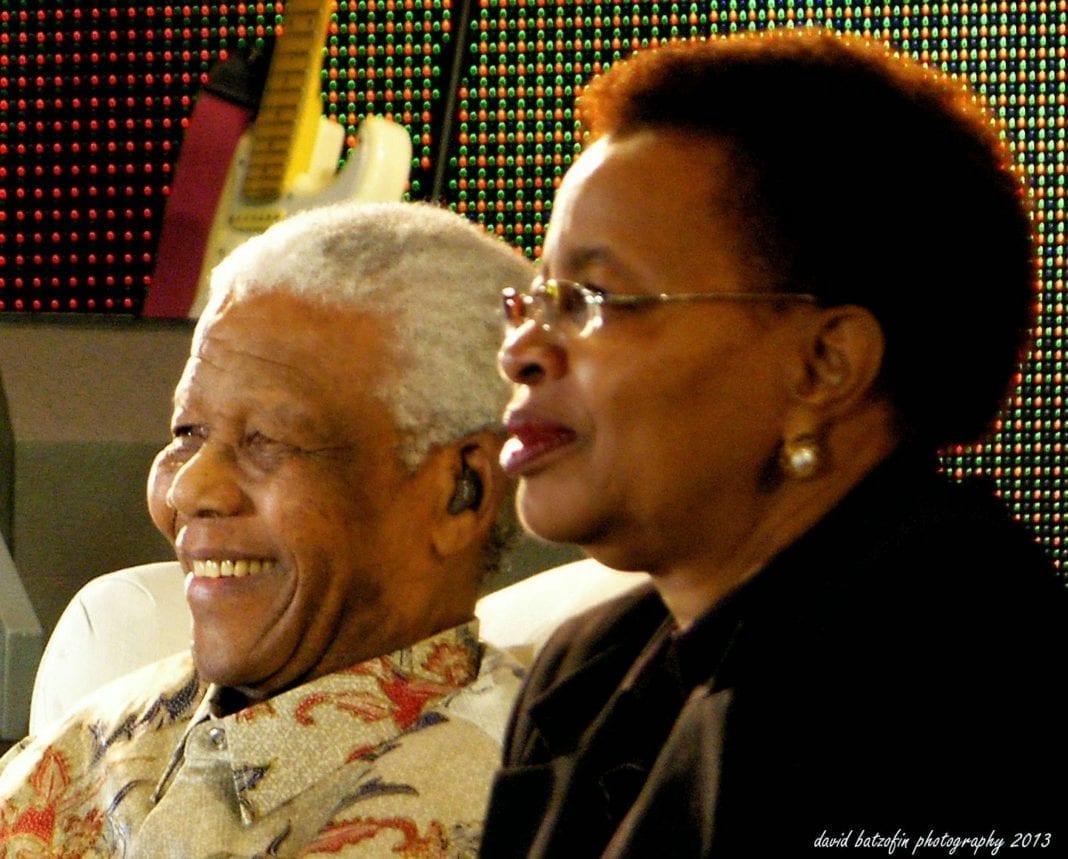 Madiba seemed to enjoy it. 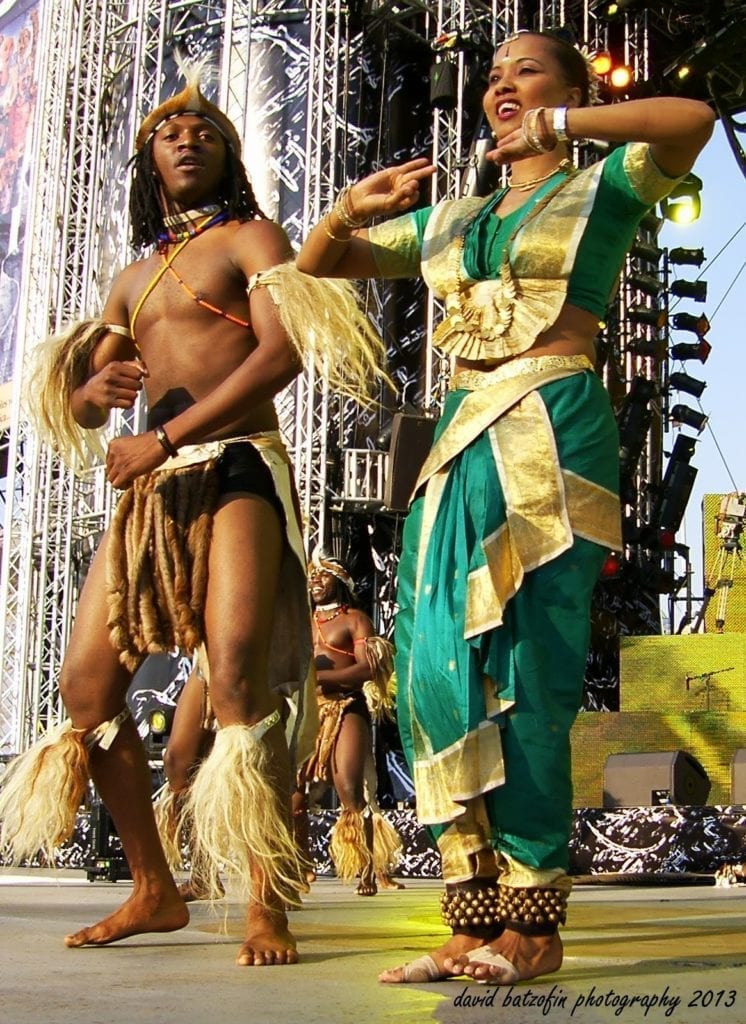 A mixture of cultures from our Rainbow Nation… 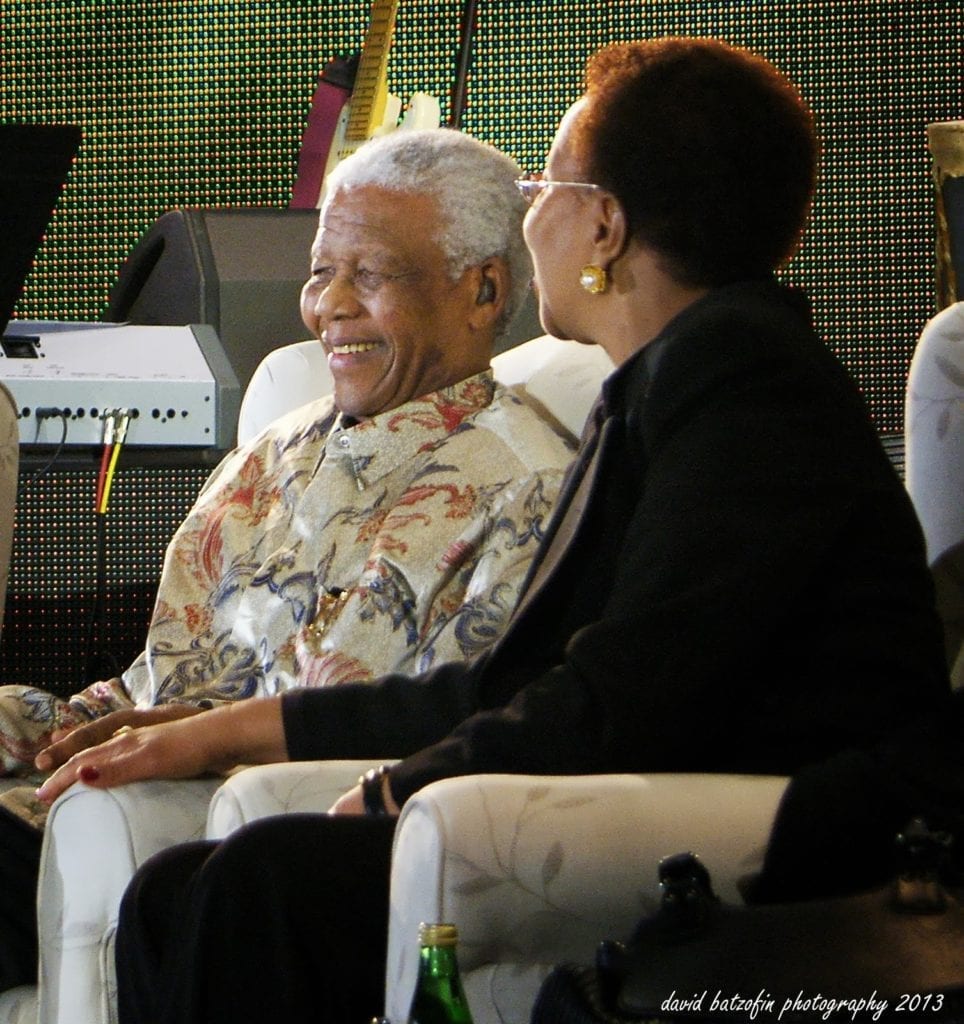 Always a smile for a pretty girl… 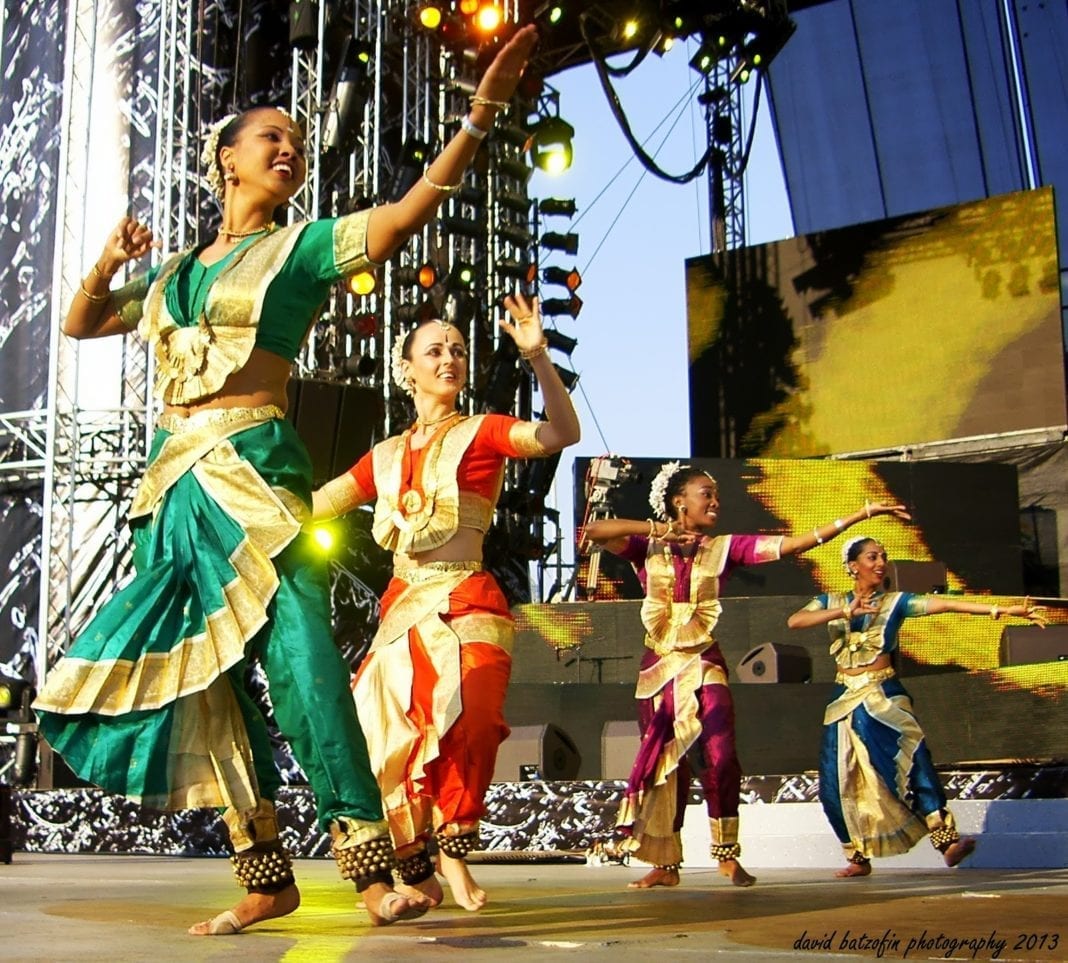 Part of the performance that the crowd enjoyed… 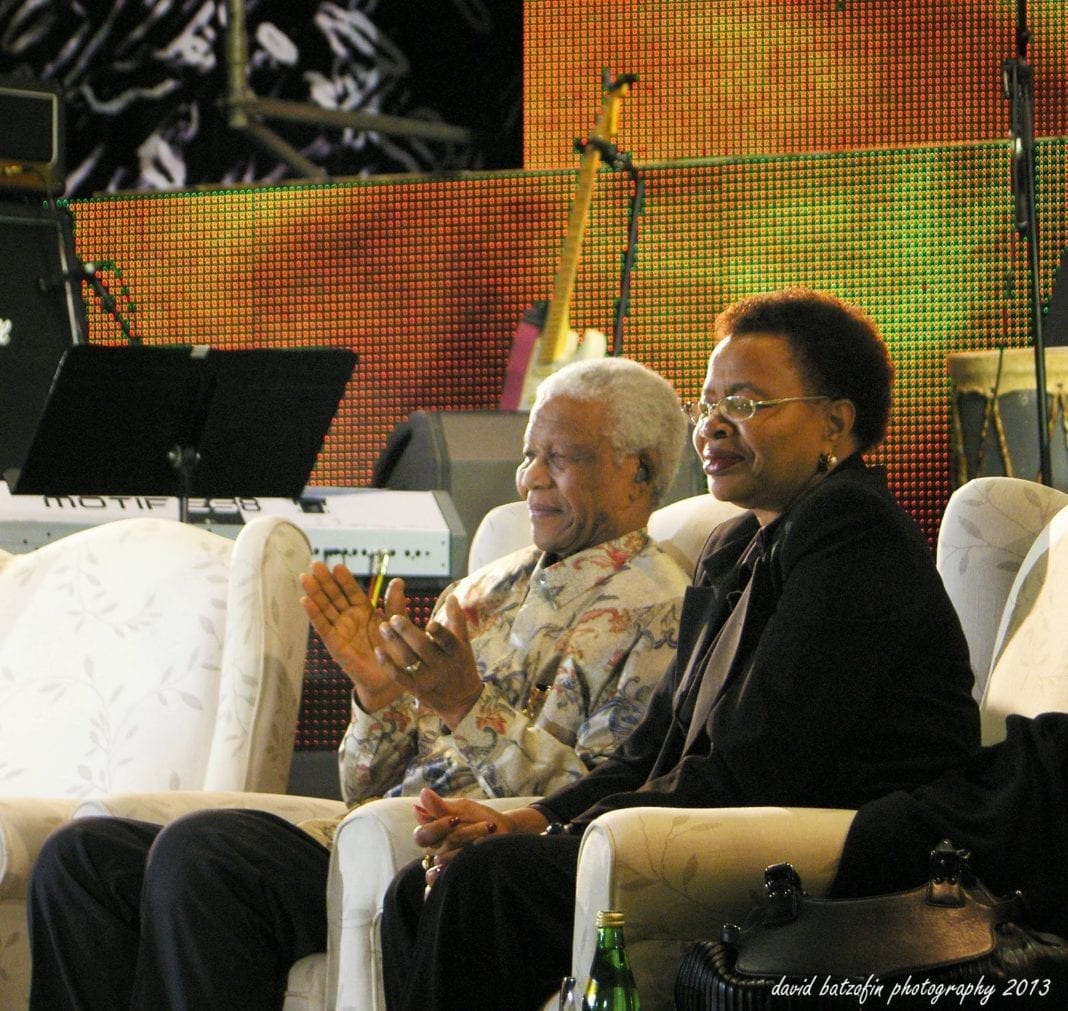 And so did our former President and his wife. 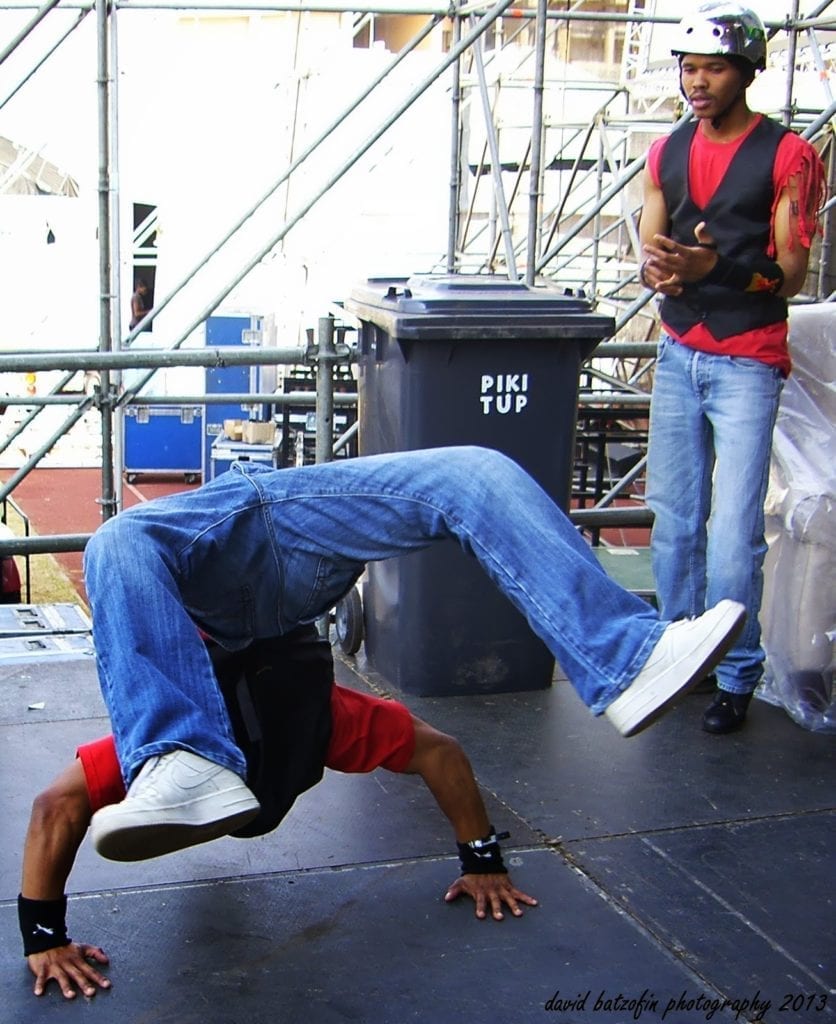 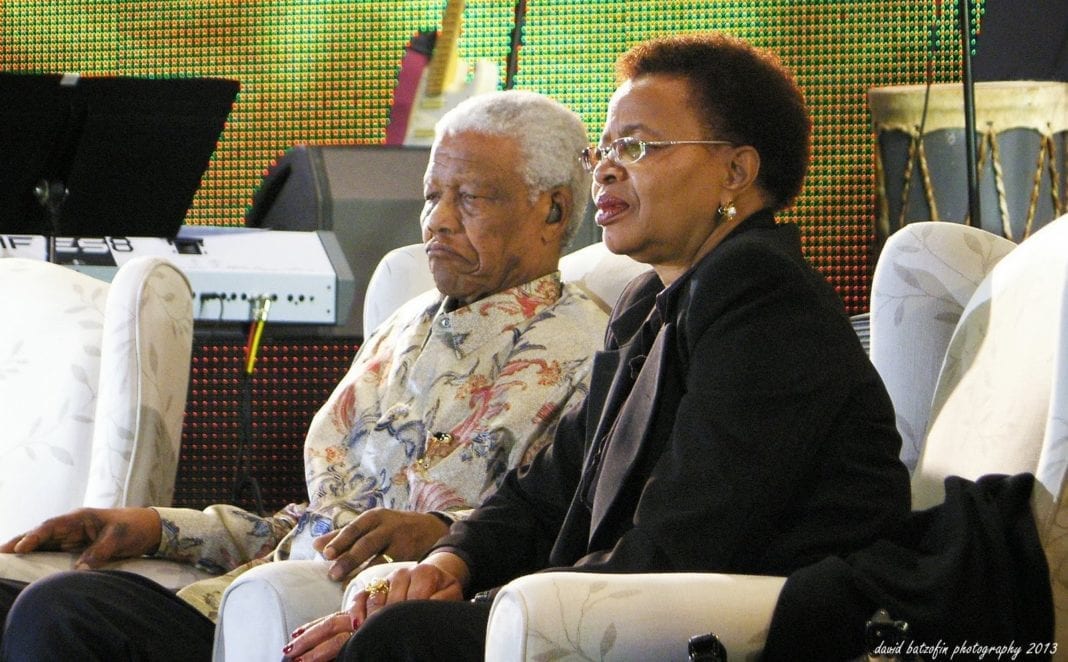 Not sure why neither of them look happy… 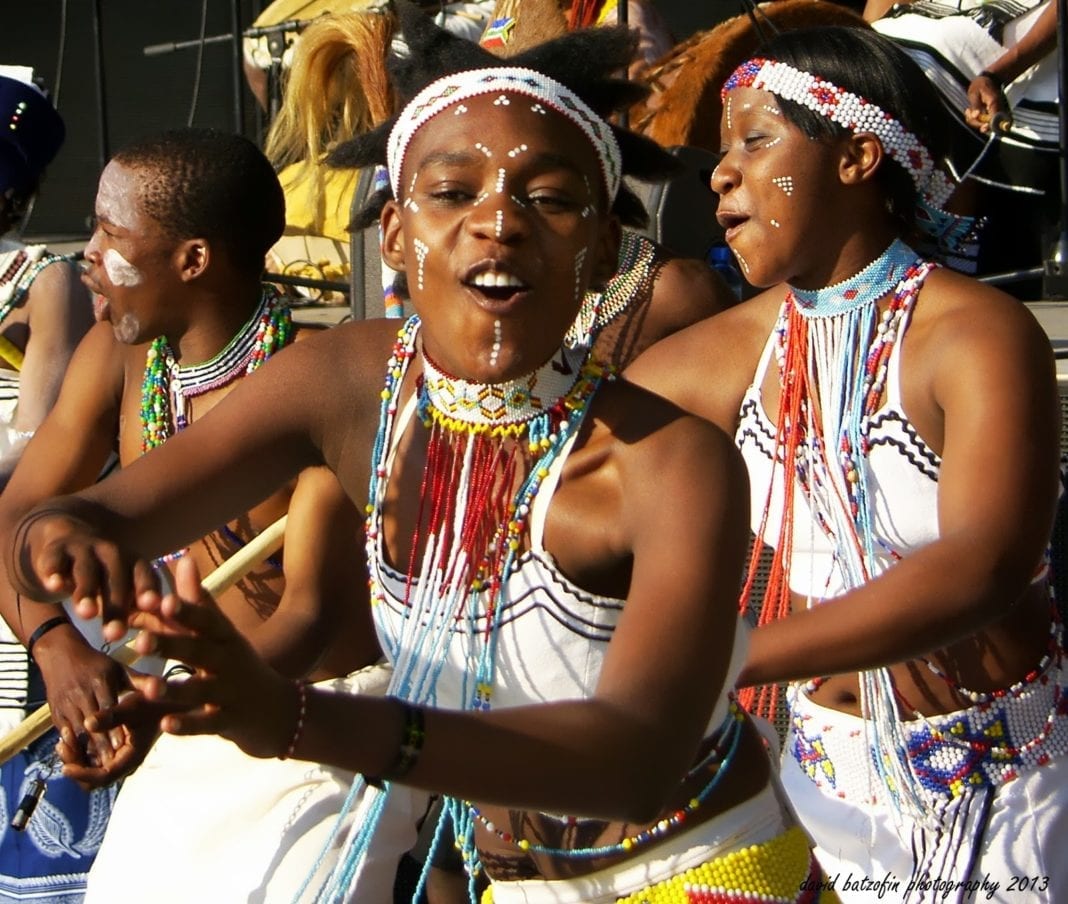 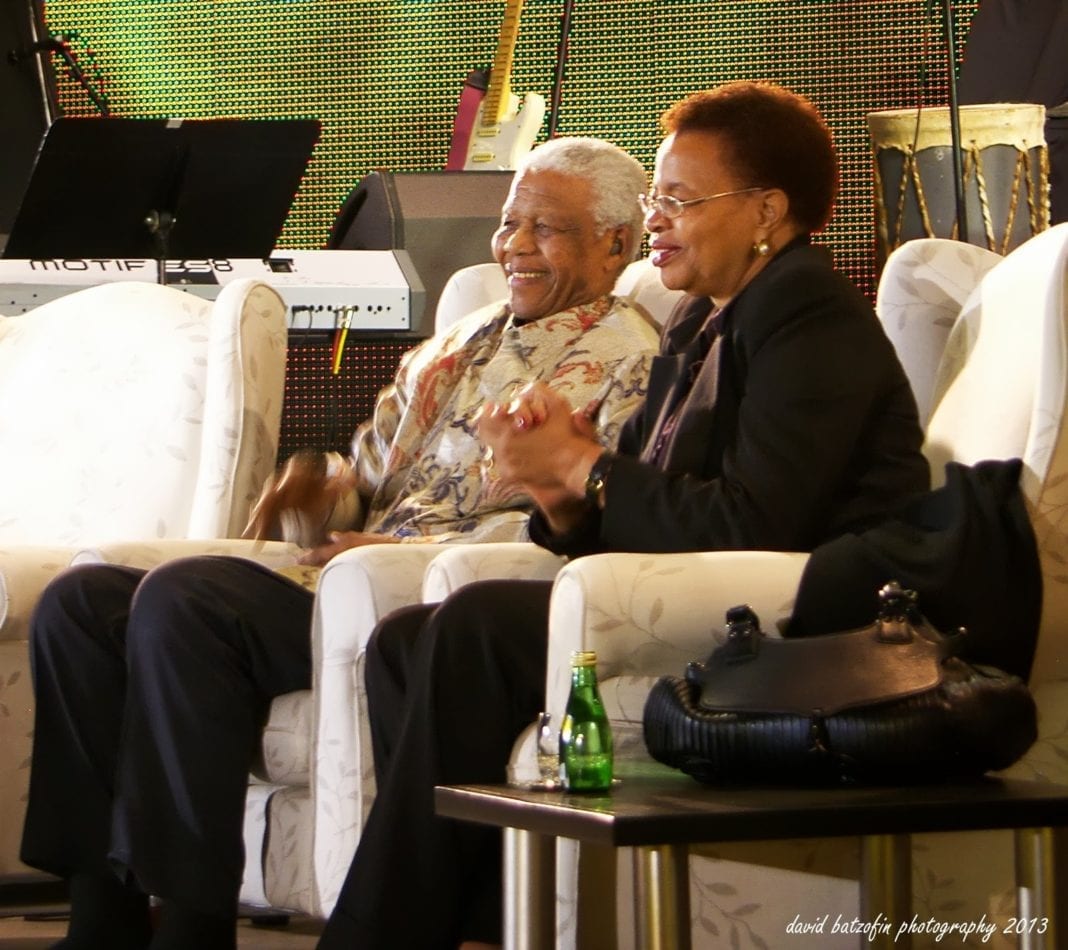 And both  liked that 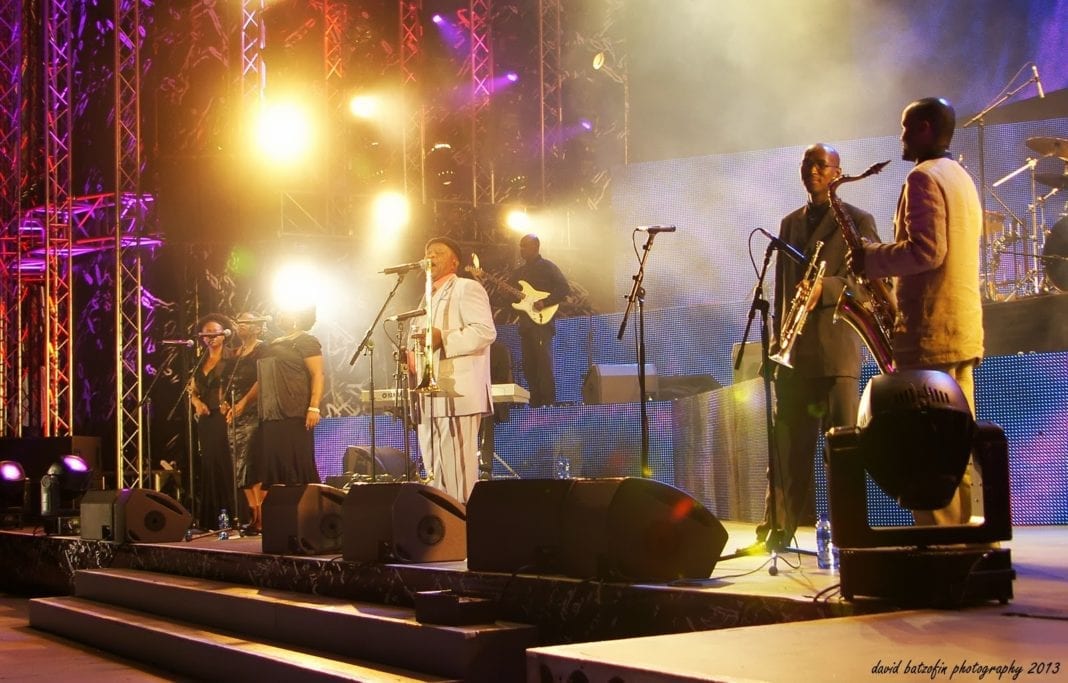 Unfortunately, I did not make a note of who the musicians were… 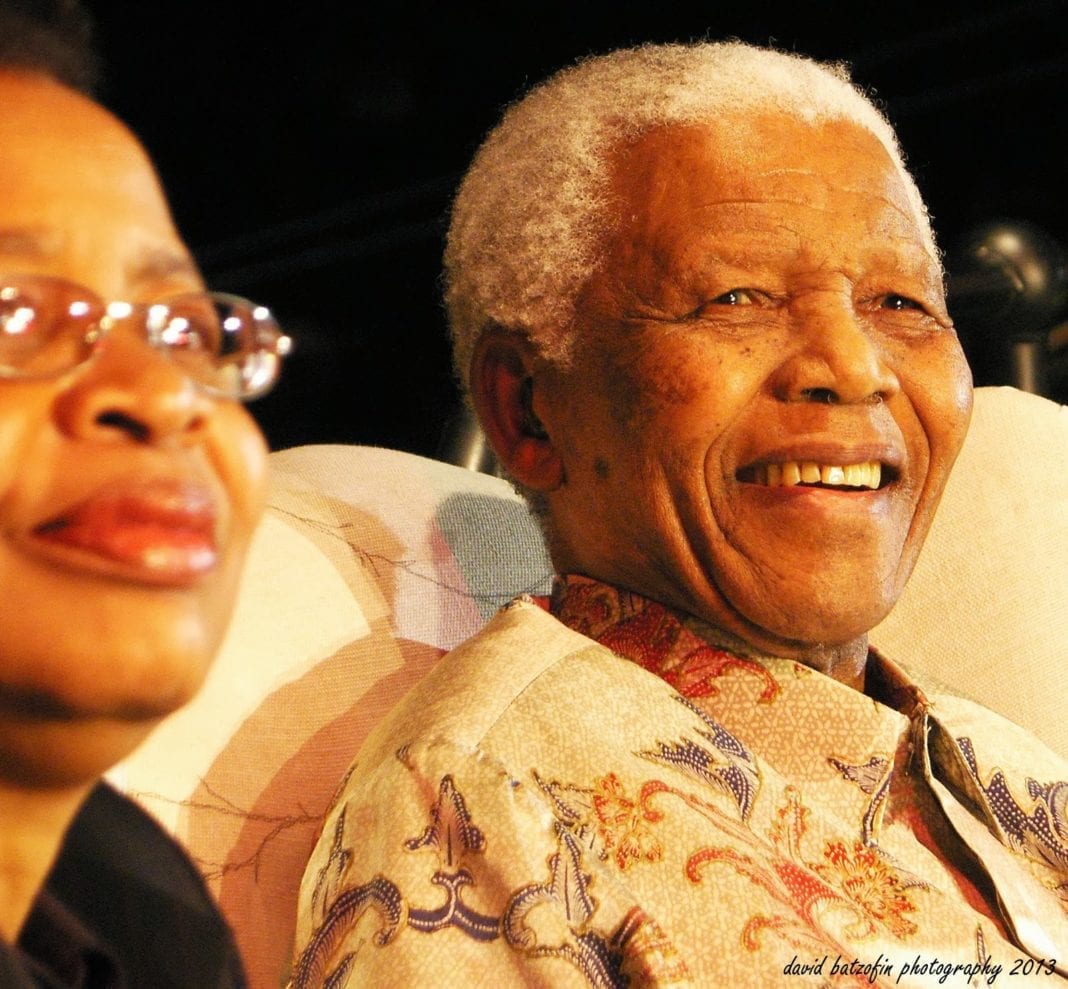 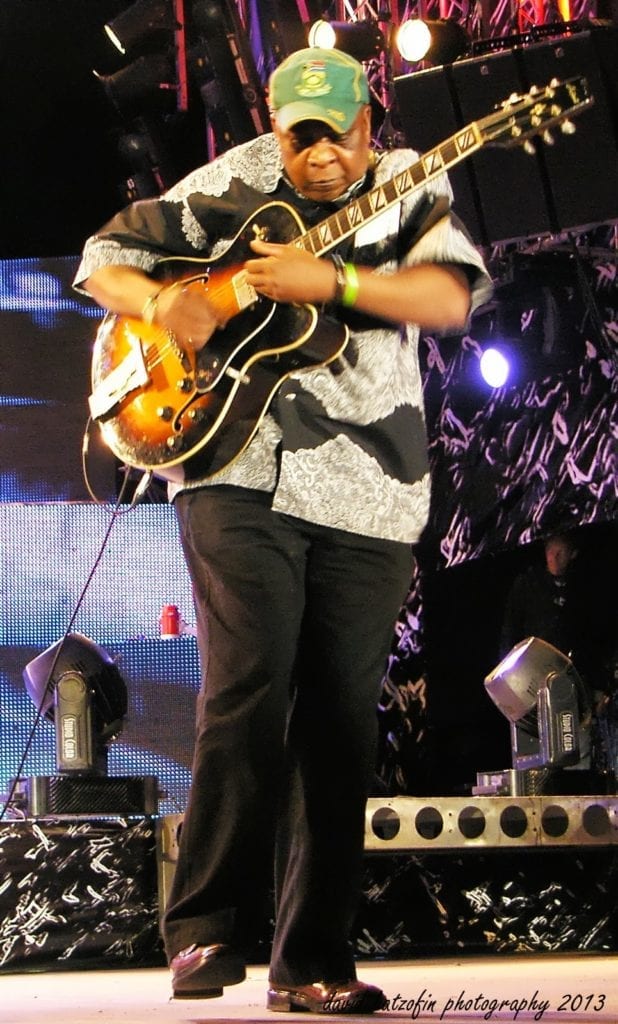 This guitarist reminded me of B.B King. 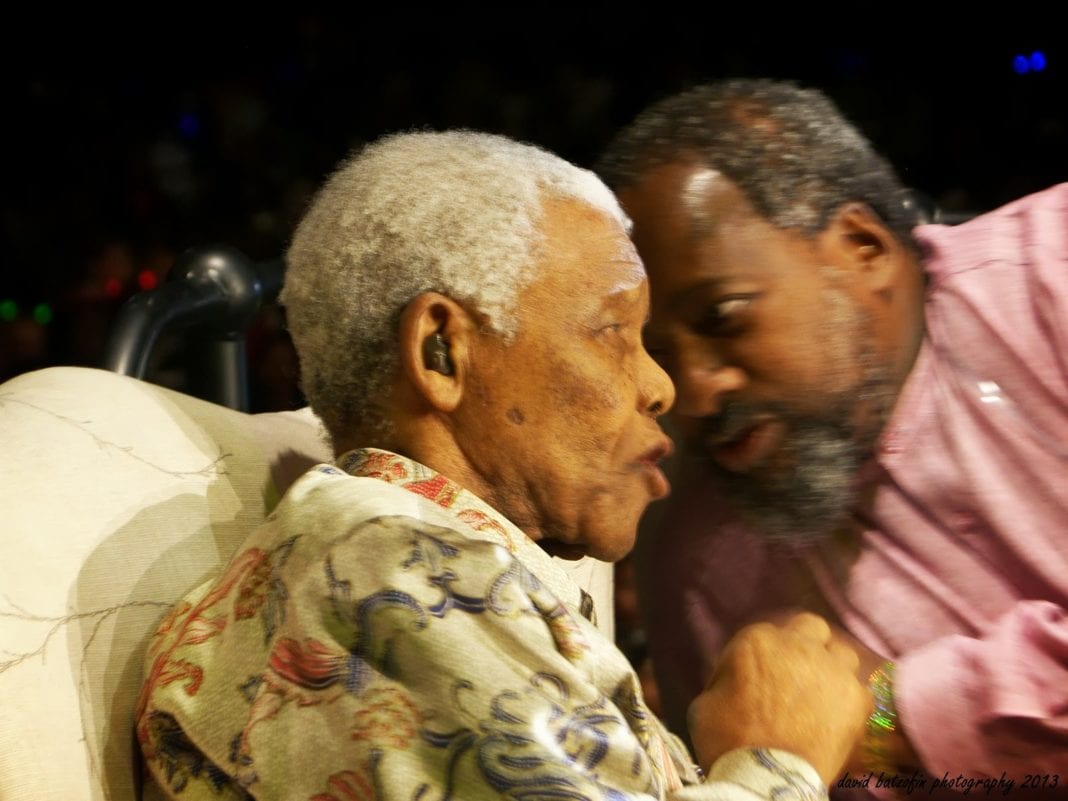 “Tell him that I want a copy of his CD”?
Or maybe not… 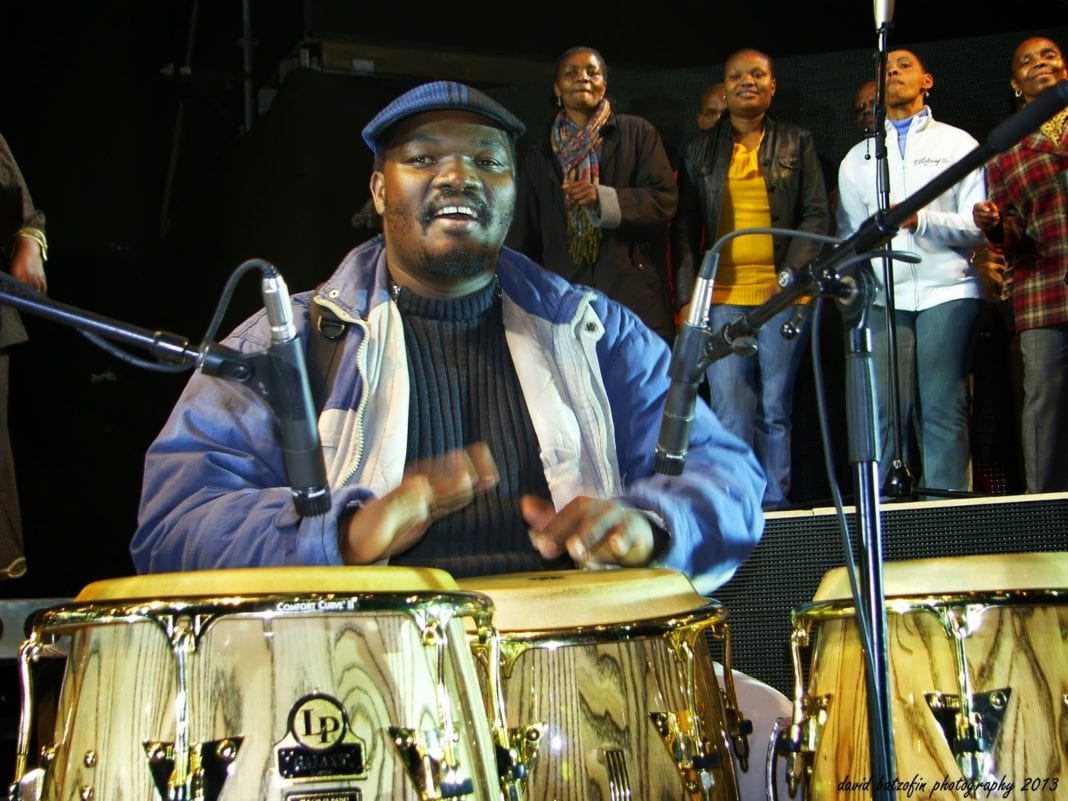 And finally it was over and Madiba and the crowd  left the venue.
And like this celebration,
Tata Mandela has come  to the end of his “performance”.
I hope that the ending was peaceful and painless.
And the celebrations will pay tribute to the man rather than taking on a political slant.
Hamba Kahle Tata.
RIP 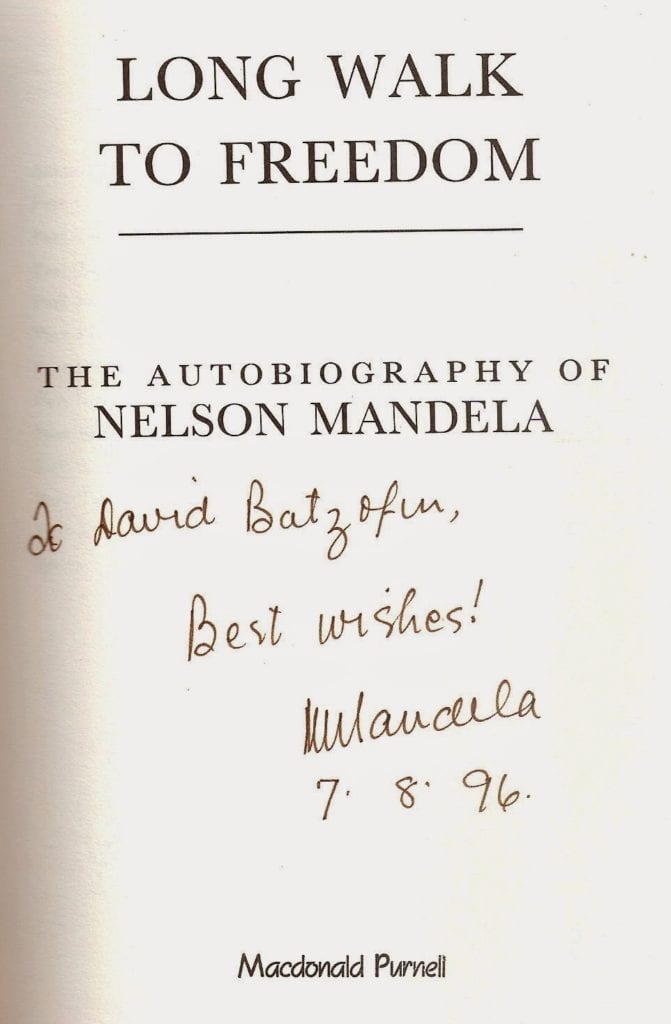 One of my prized possessions…
It took me a year of chasing his then P.A to get my copy signed.
I eventually got a call from Mary to say that they were at the Union Buildings in Pretoria,
and if I was able to get the book to her, she would get it signed!
The 45km drive to Pretoria seemed to flash by…
and the result was this signed copy.
I got Denis Goldberg, a fellow accused in the Rivonia treason trial, to sign it as well
It also contains a postcard signed by Christo Brand,
Madiba’s warder on Robben Island from 1978-1990.