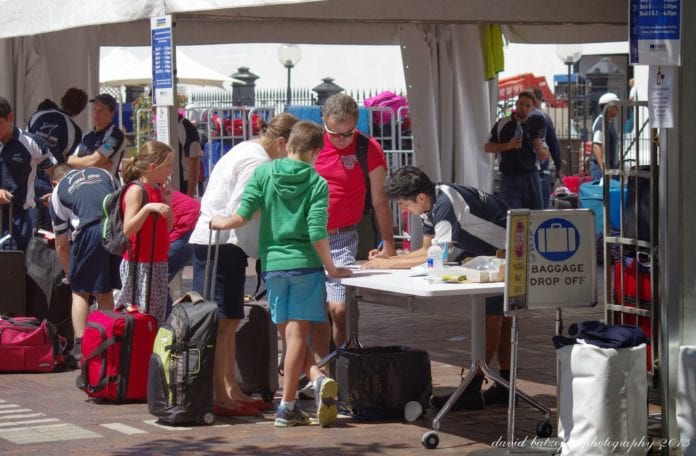 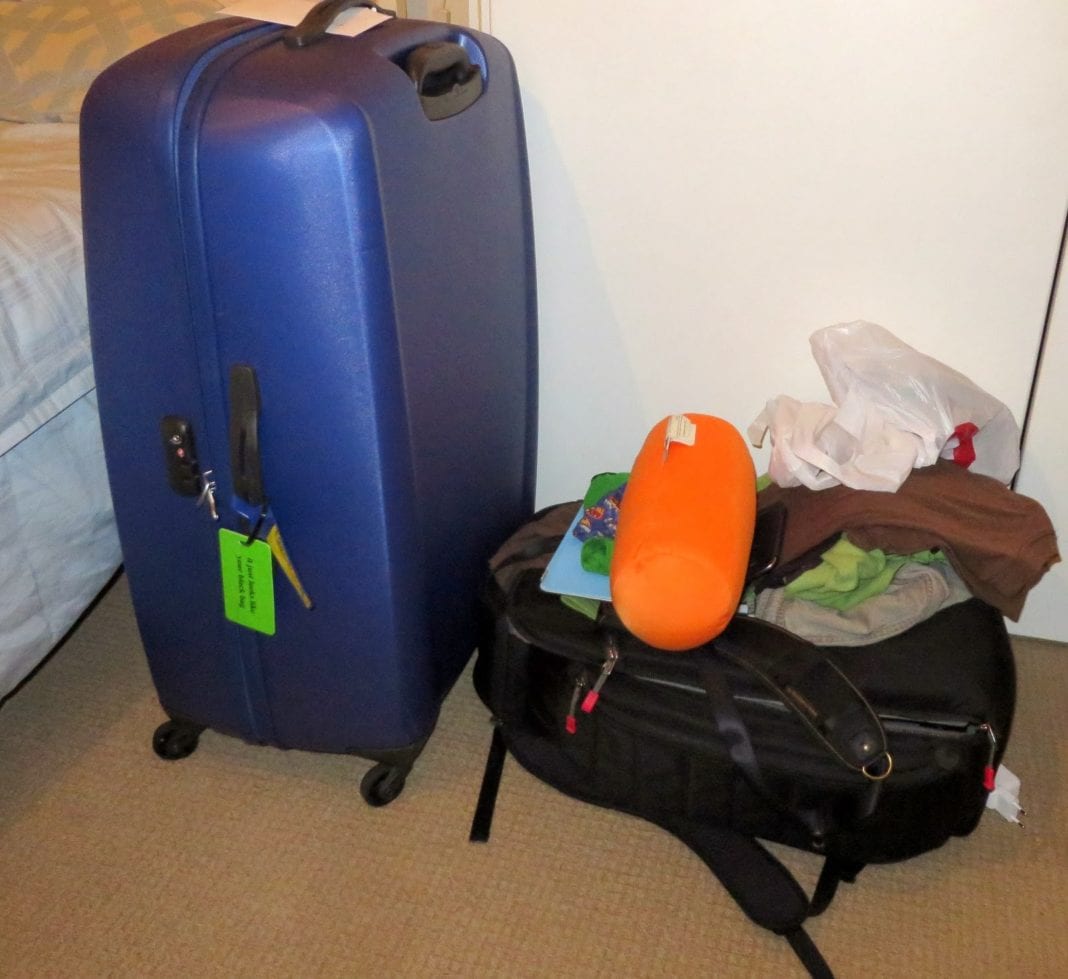 What were the lessons that my first cruise taught me?
1] ALWAYS make sure that the luggage is correctly labeled!
I learned this the hard way… 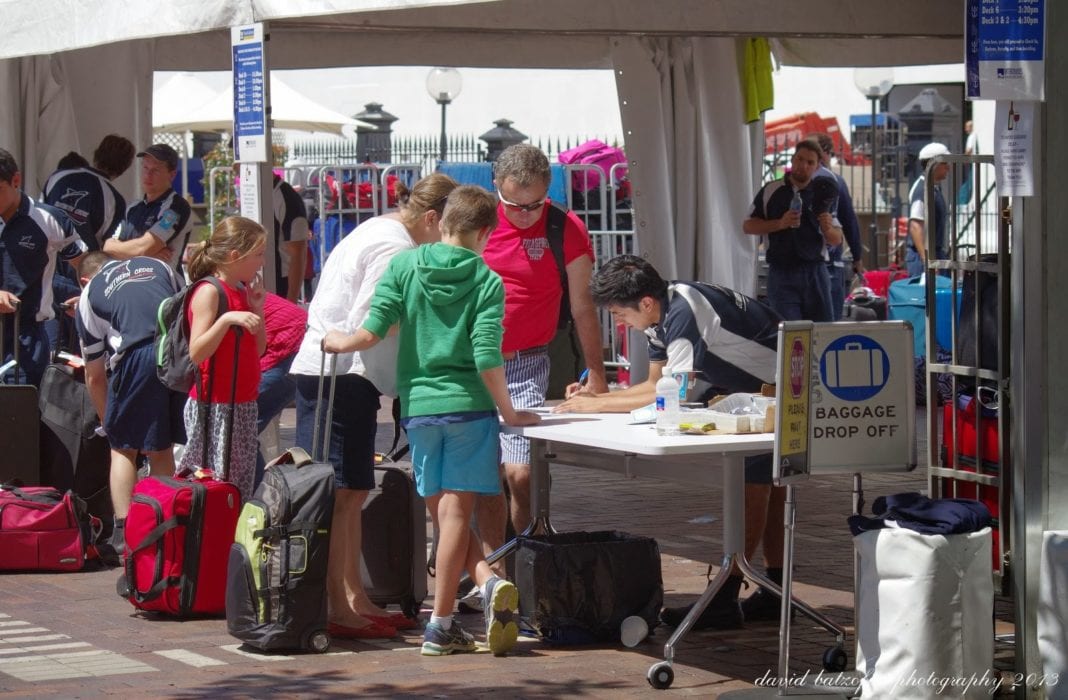 2] Luggage is checked in quay side and is then delivered to the relevant staterooms.
In our case my wife’s luggage arrived, but mine was a no show.
Eventually it was discovered and once it was delivered,
I realized that I (in the name of security) had not put my surname on the labels.
STUPID ME…
TOP TIP: Laminate the paper luggage labels supplied by the cruise company.
I did not and it came off…hence the late delivery. 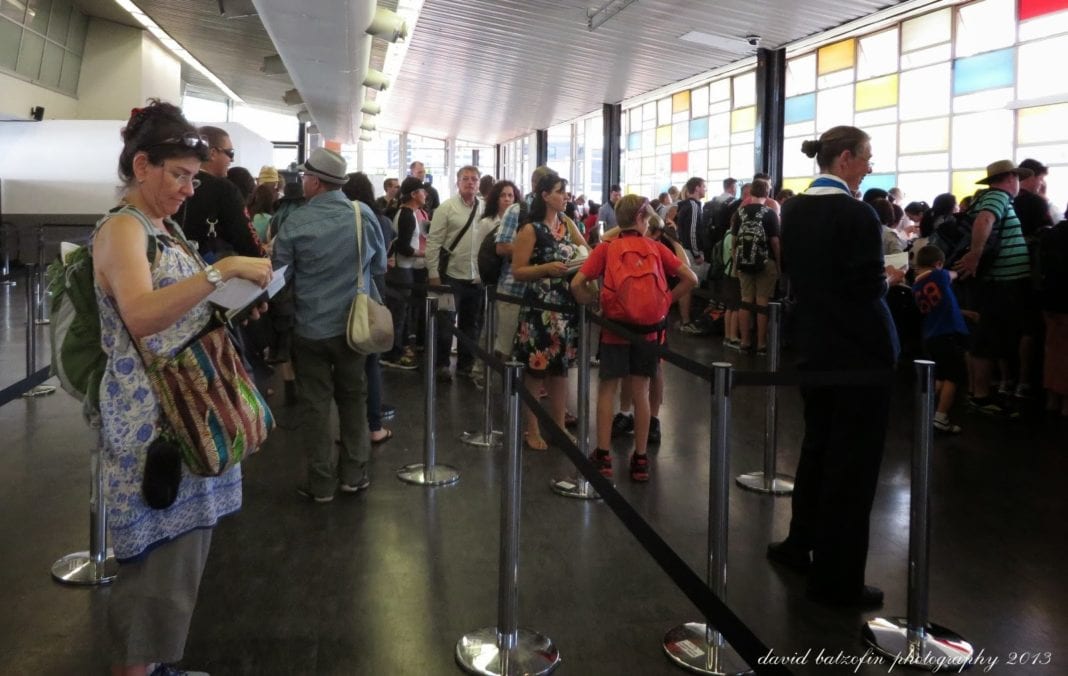 3] Time your arrival correctly.
Boarding is open from 06h30 until 16h30,
HOWEVER, we decided to check in at  about 14h00,
and we found that we were able to get processed very quickly.
TOP TIP: Make certain that you have a lanyard with you for your Seapass.
Saves you a lot of hassle on board. 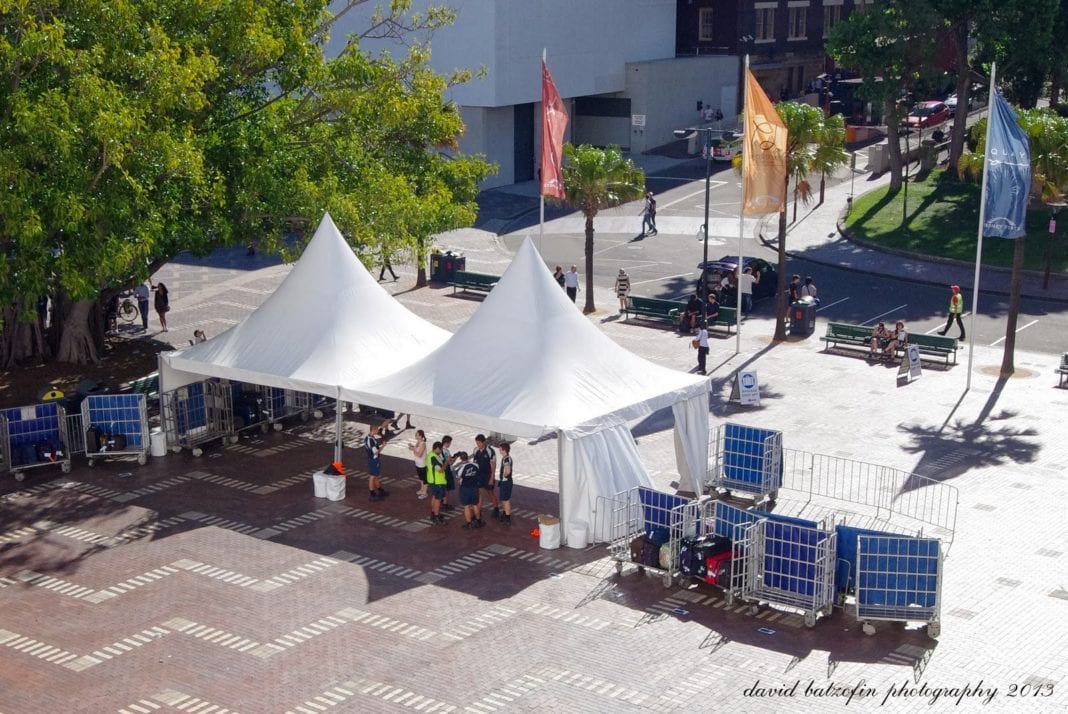 4] The Royal Caribbean has everything down to a fine art.
We were on, and off the ship with MUCH less fuss than expected.
Even standing in the queue to board took us less than 20 minutes 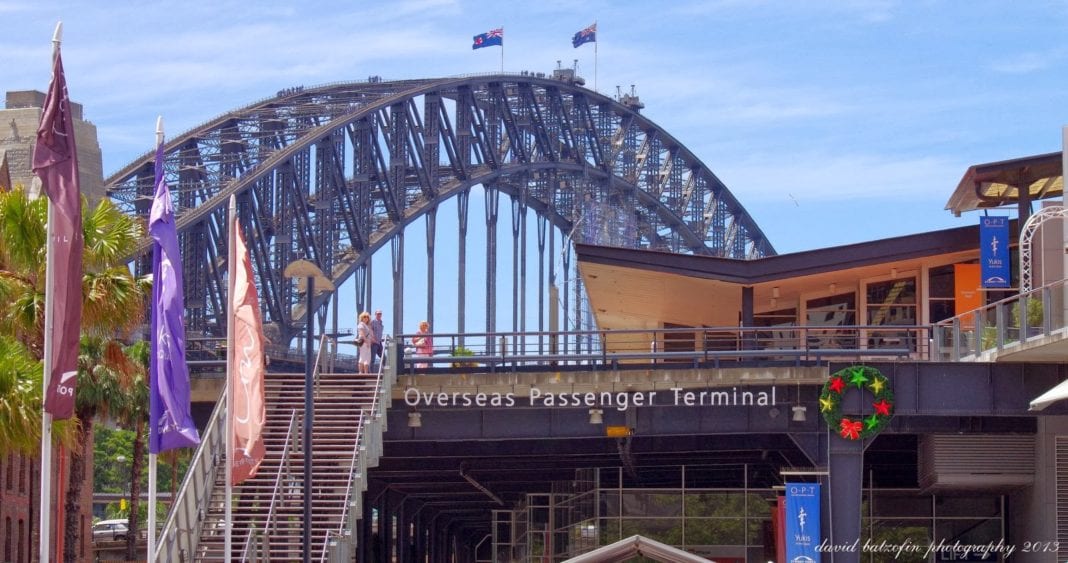 5] Thousands of passengers pass through here on an almost daily basis.
Our cruise had to get 3200 passengers off and a similar amount back on…
in only a few hours.
Turn around time is kept to a minimum. 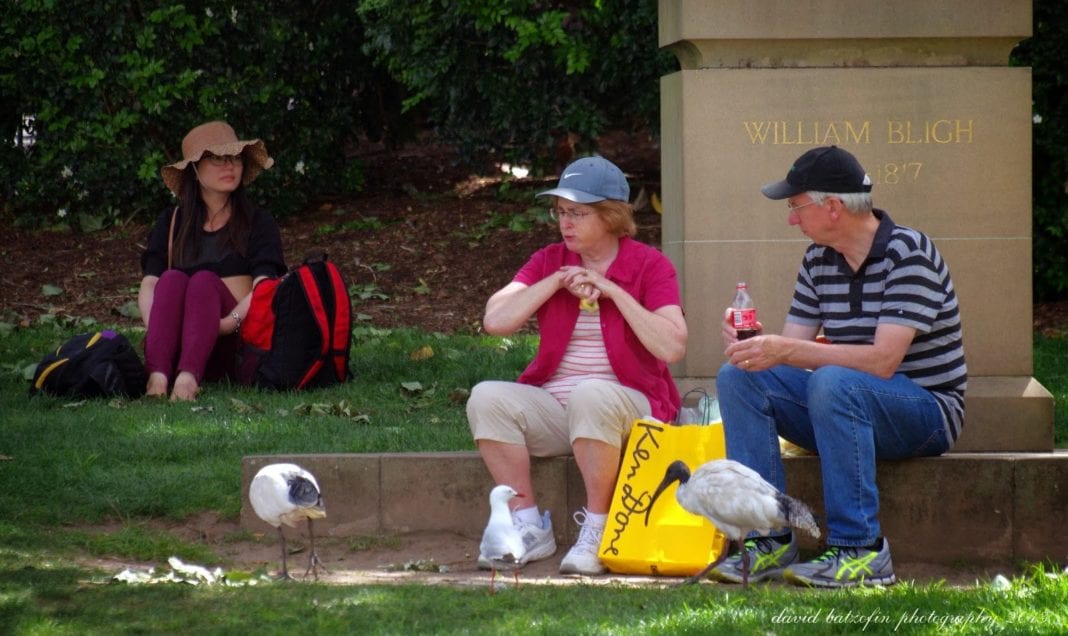 6] Some passengers chose to wait before boarding to avoid the crowds.
Choose your boarding time wisely, and you will rewarded with minimum fuss and stress 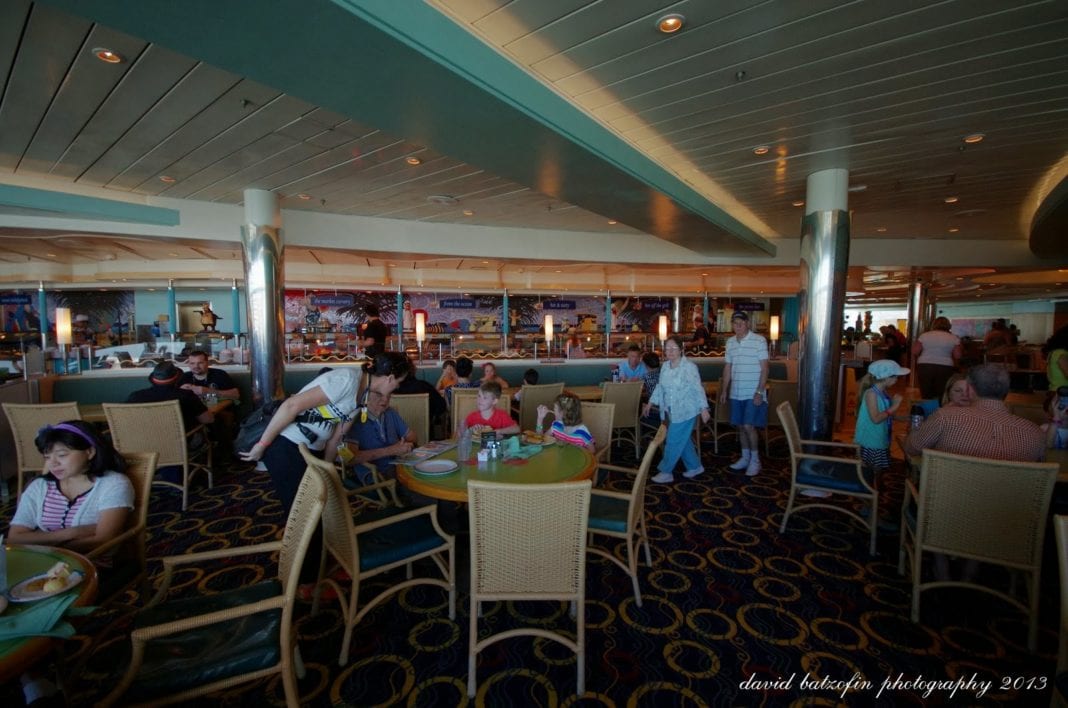 7] Learn to love crowds.Especially in dining rooms like the Wind Jammer
Open most of the day, it is where the majority of the passengers eat there meals.
Why?
a) You don’t have to wear long pants
b) It is an all you can eat buffet.
TOP TIP: Learn to share a table. You don’t have to talk to the other occupants,
but it means that you don’t waste time looking for somewhere to sit. 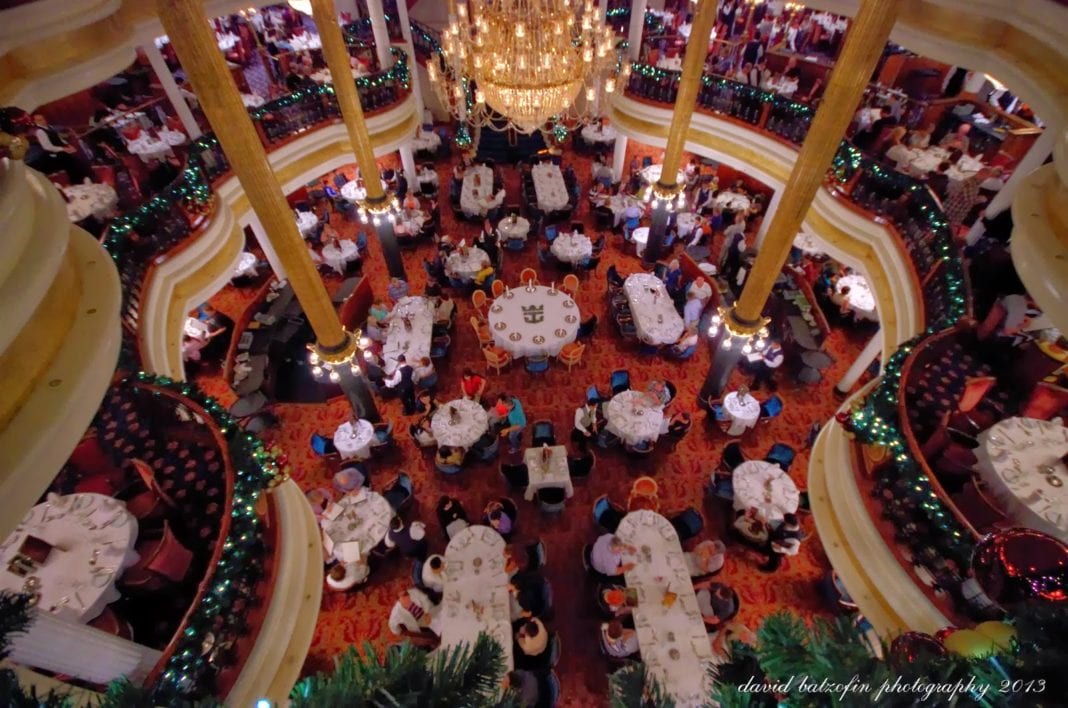 8] There are 3 more “formal” dining rooms on board.
Cereal bar at breakfast. Salad bar at lunch and a plated dinner.
The hot portion of the breakfast and lunch menus is served…
hence the crush at the Wind Jammer on Deck 11.
BUFFET RULES. 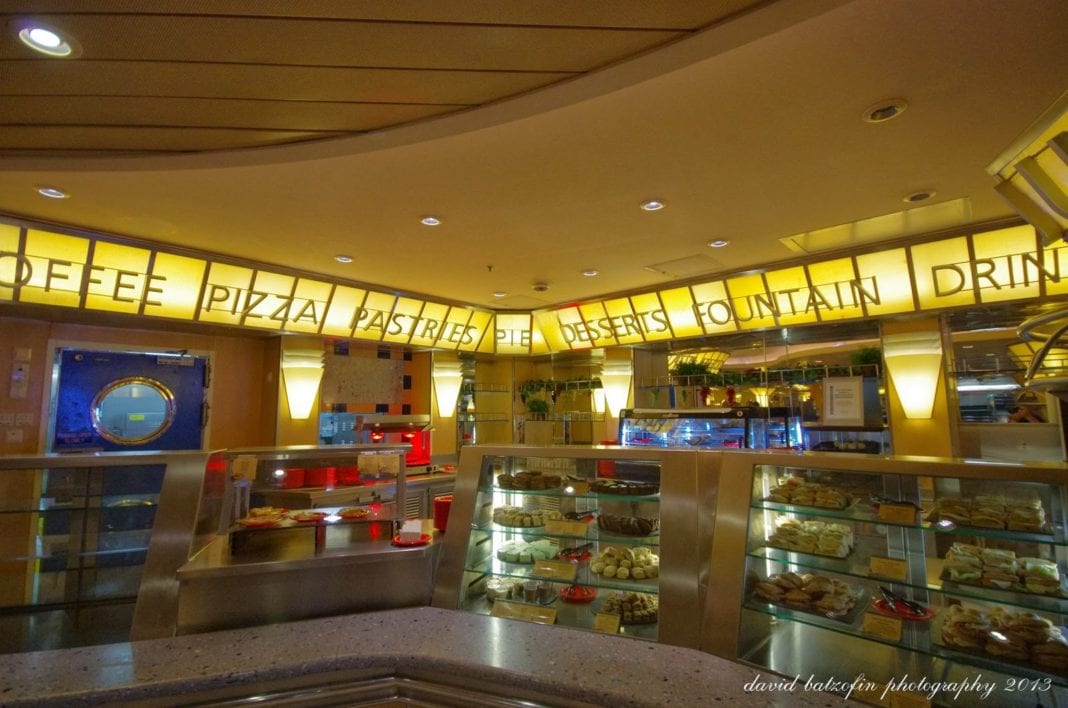 9] Cafe Promenade is open almost 24/7.
I was able to get coffee and a muffin at 3am.
TOP TIP: The early coffee is the best. If there was one “weakness”
it was the quality of the coffee. 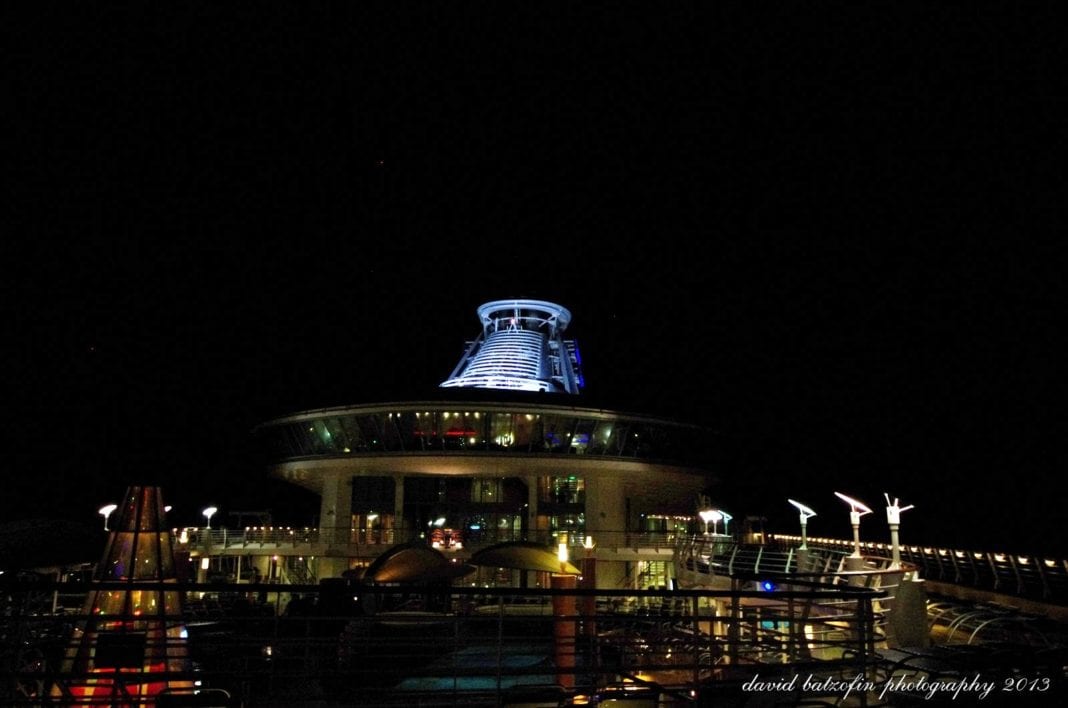 10] I enjoyed the early mornings on Deck 12.
Mainly because I felt like I had the ship to myself. 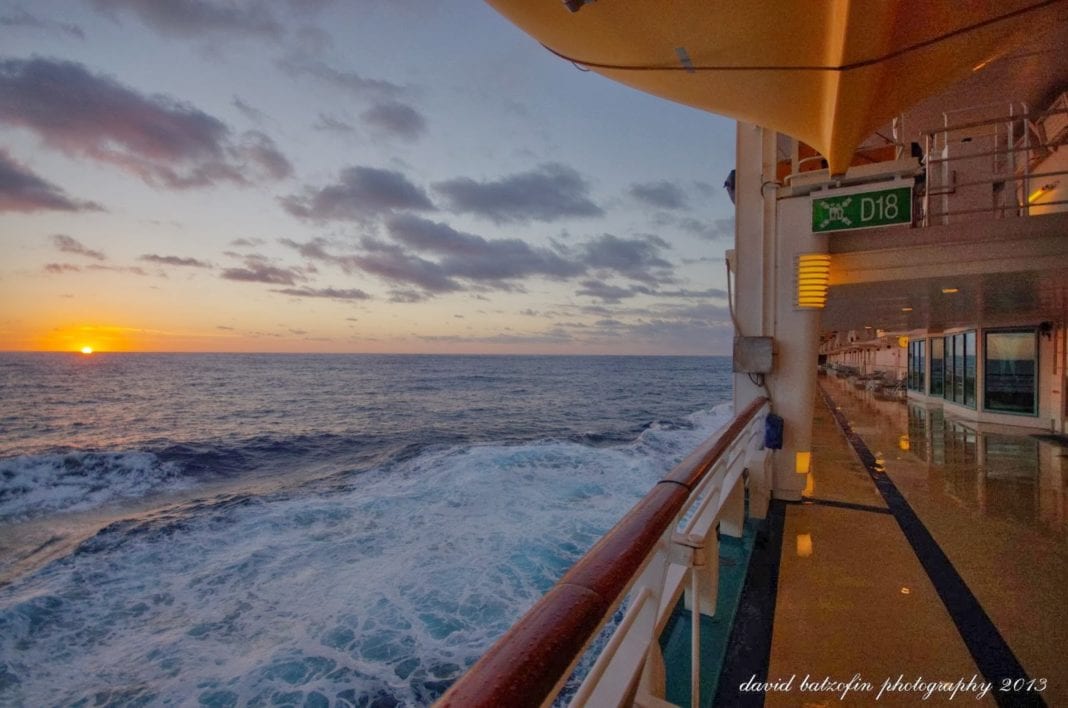 11] Sunrise at sea is spectacular.
Made even more so by the cloud cover.
TOP TIP: Get up early on at least one morning… 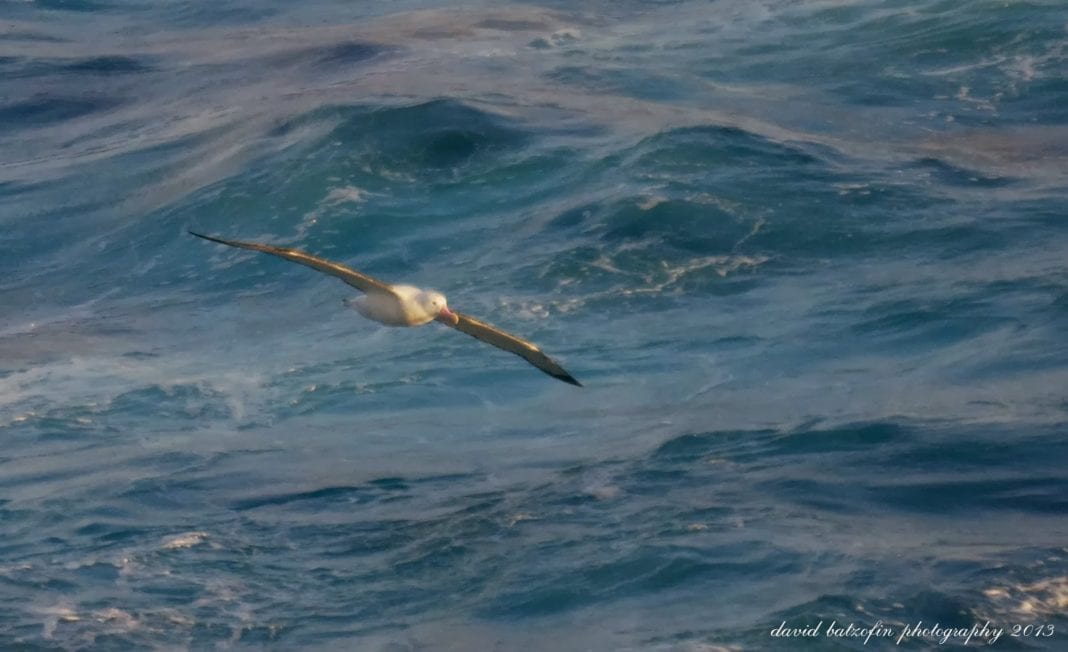 12] Look out for the bird life at sea.
This was the first Albatross I had ever seen.
Because the waste that is expelled from the ship meets exacting specifications,
there is very little for the gulls to snack on
TOP TIP: Carry a camera at all times.You never know what might appear.
I missed two large dolphin pods as a result of leaving my camera in our stateroom 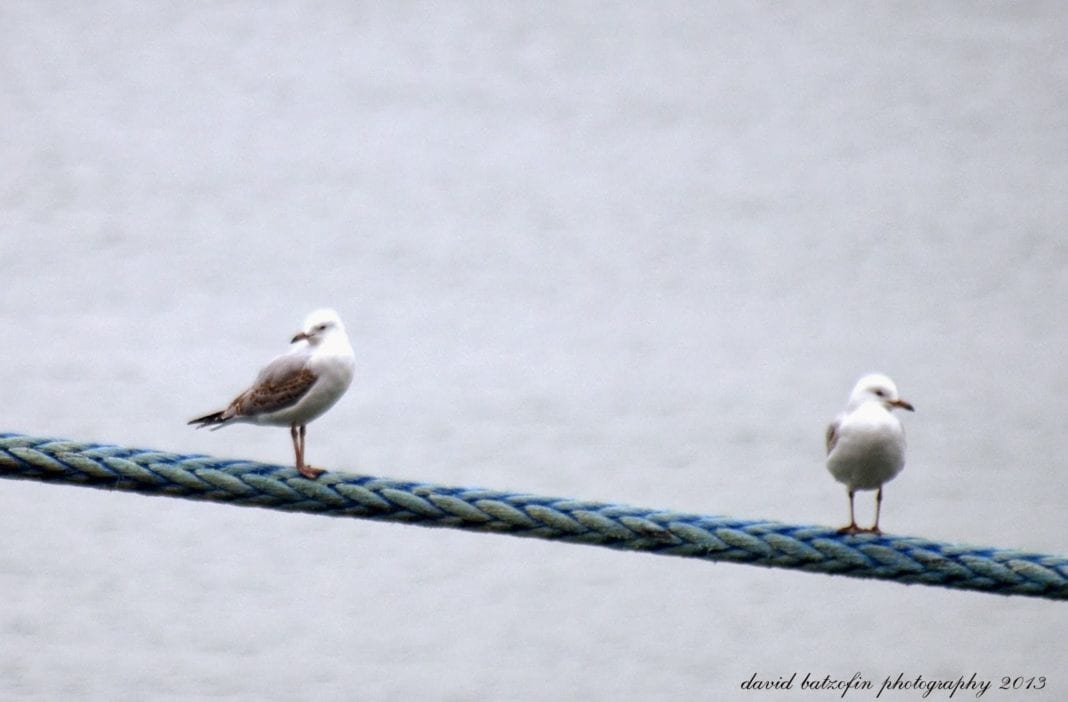 13] Gulls on land…or in this case on a rope,
were everywhere. 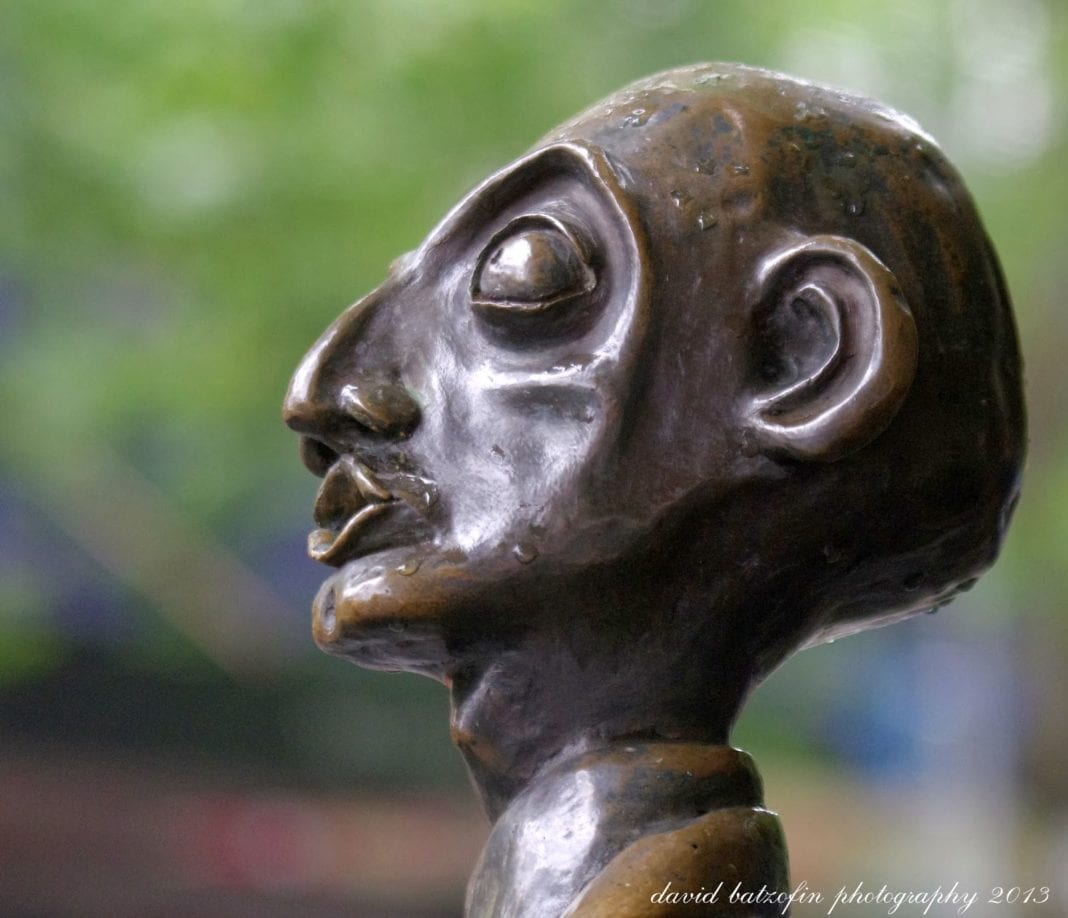 14] We discovered some wonderful statues in the city centre of Melbourne.
Go ashore at every port, you never know what you might discover.
You don’t necessarily have to use the on-board excursions,
we spent all of ours walking around the towns we docked in
We also discovered that it RAINS in Melbourne.
The sun came back out as we left the dock. 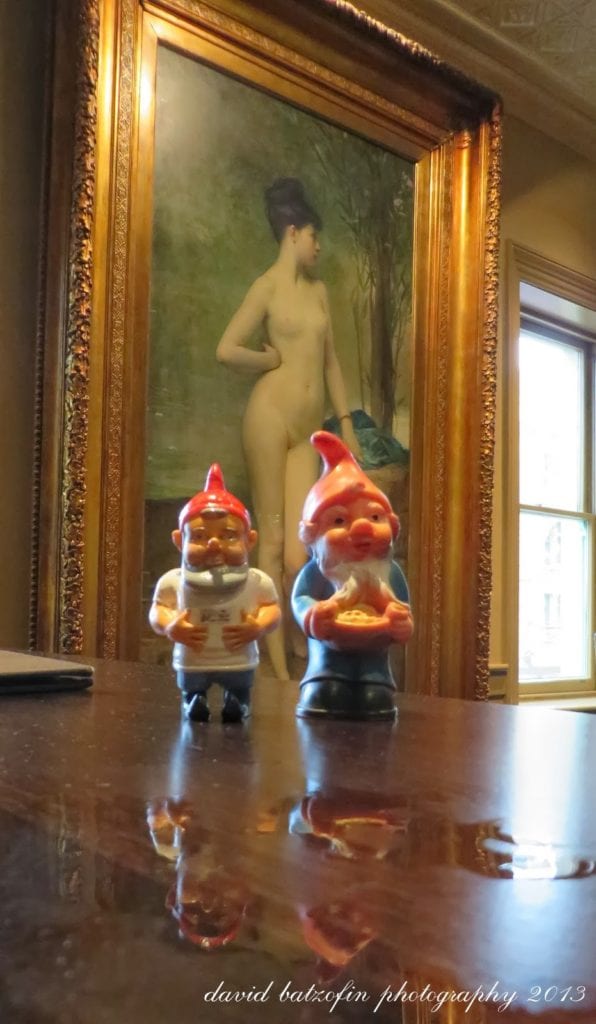 15] Naughty Gnomes, posing in front of the most famous nude in Melbourne 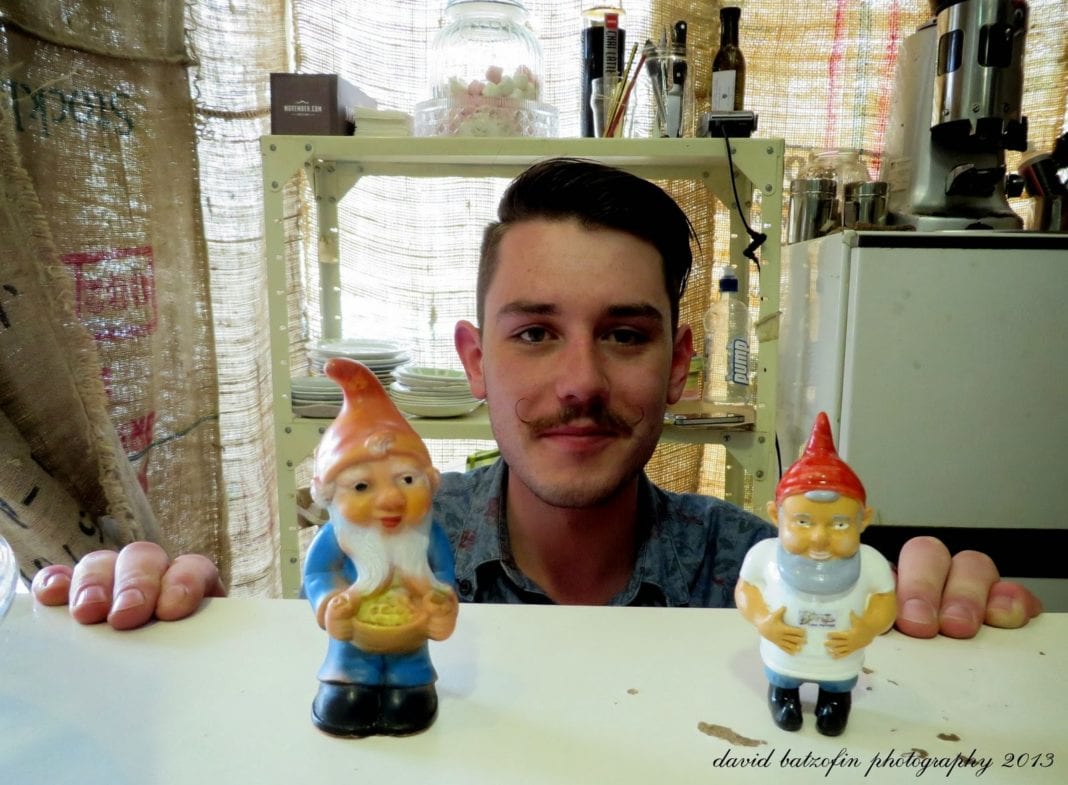 16] I discovered that Gnomes make interesting travelling companions.
Here they are with Troy from The Bads coffee shop in Dunedin. 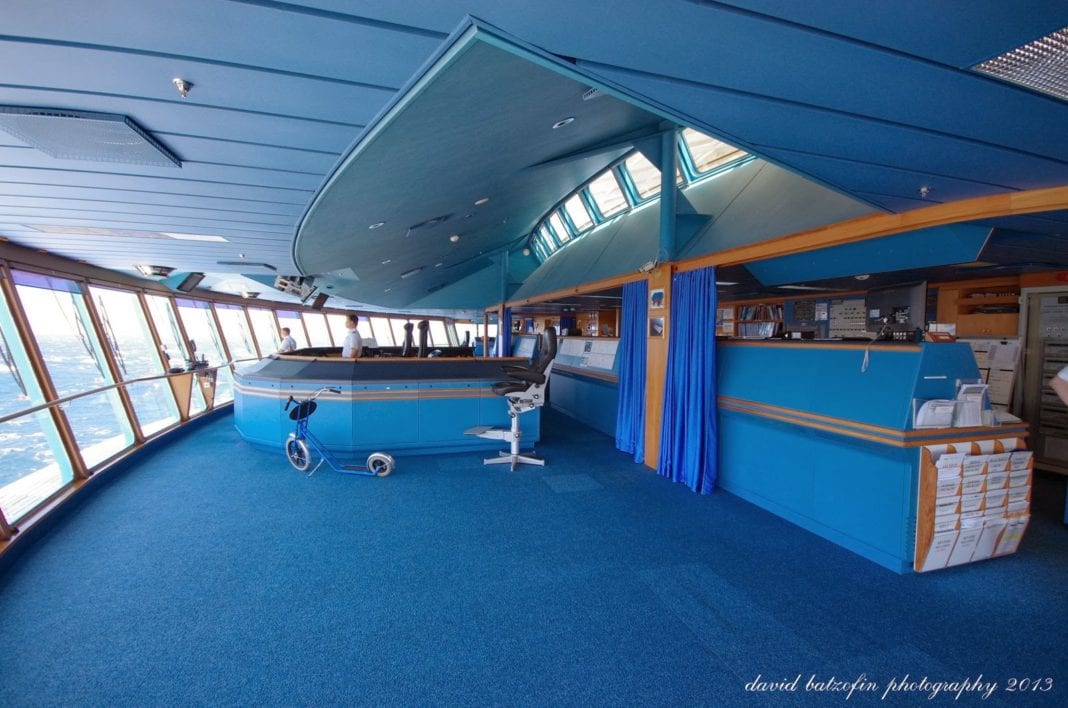 17] The bridge of Voyager of the Seas.
Thanks to Captain Ryan, I spent several hours here.
Much like being on the Starship Enterprise.

18] No matter what the weather, there were always people lying on the deck. 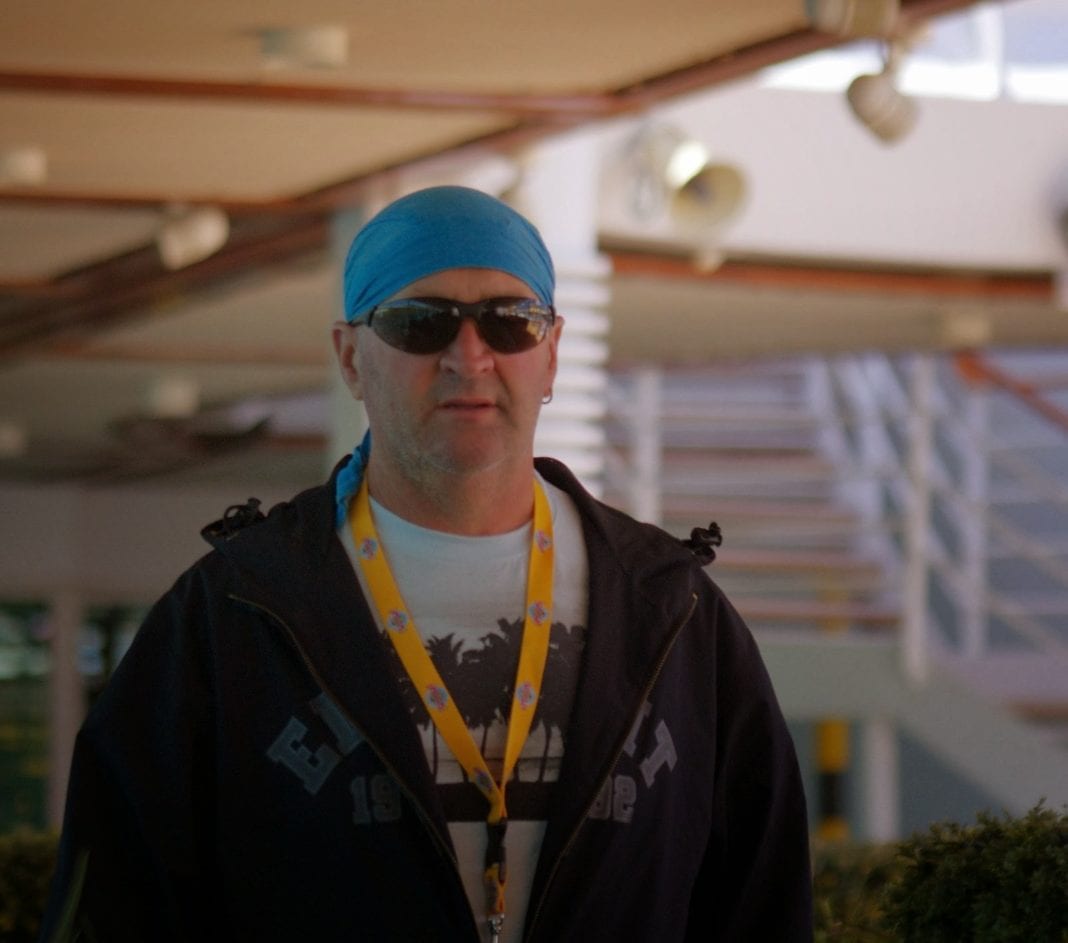 19] We met some wonderful people while on board.
I kept bumping into this fellow and started referring to him as Pirate Bob( because of the bandanna)
He turned out to be a gardener from Victoria.
And although his name is Anthony, he is known as “CHESTY”, a childhood nickname.
So he became Pirate Chest(y)… 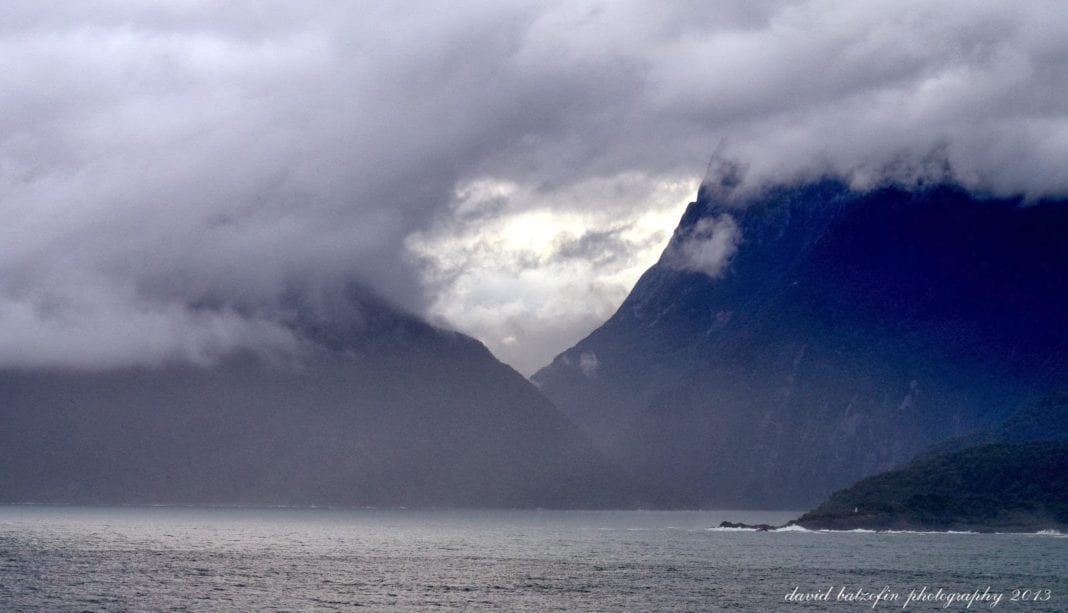 20] The views on this particular cruise were spectacular.
This is the entrance to Milford Sound.
TOP TIP: Enjoy every moment of your experience…We used this travel agency in South Africa to book our cruise: 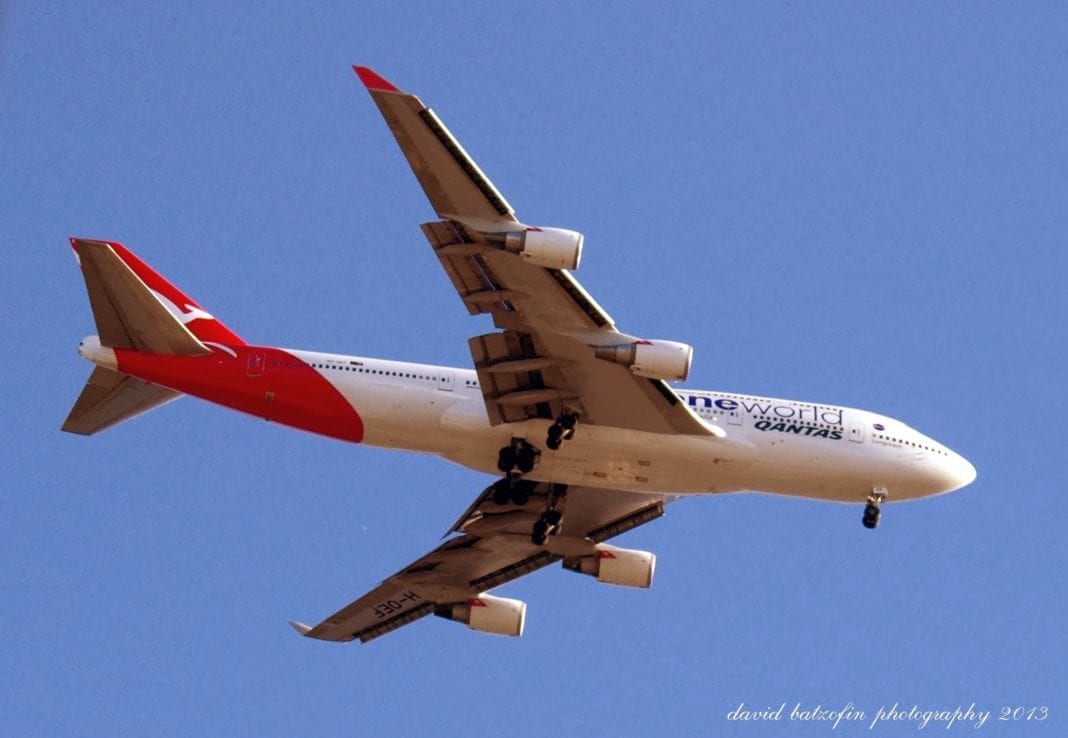 We flew to and from Sydney on Qantas. 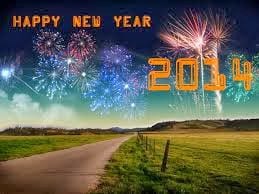 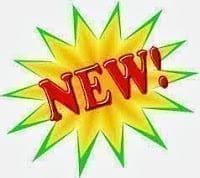