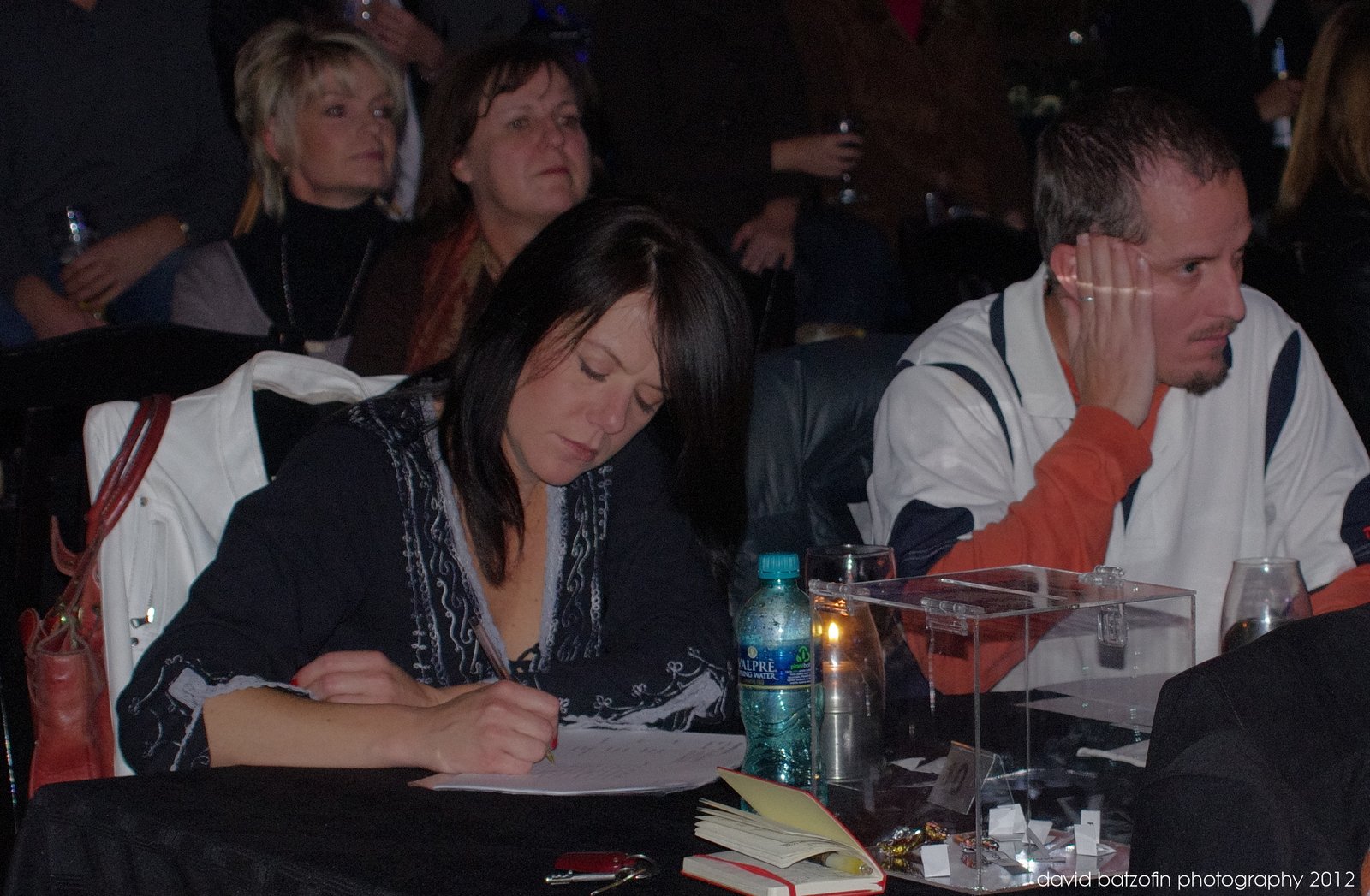 Judges Natalie Chapman and Bruce Dennill had the unenviable task of trying to pick three finalists out of an very strong line up. 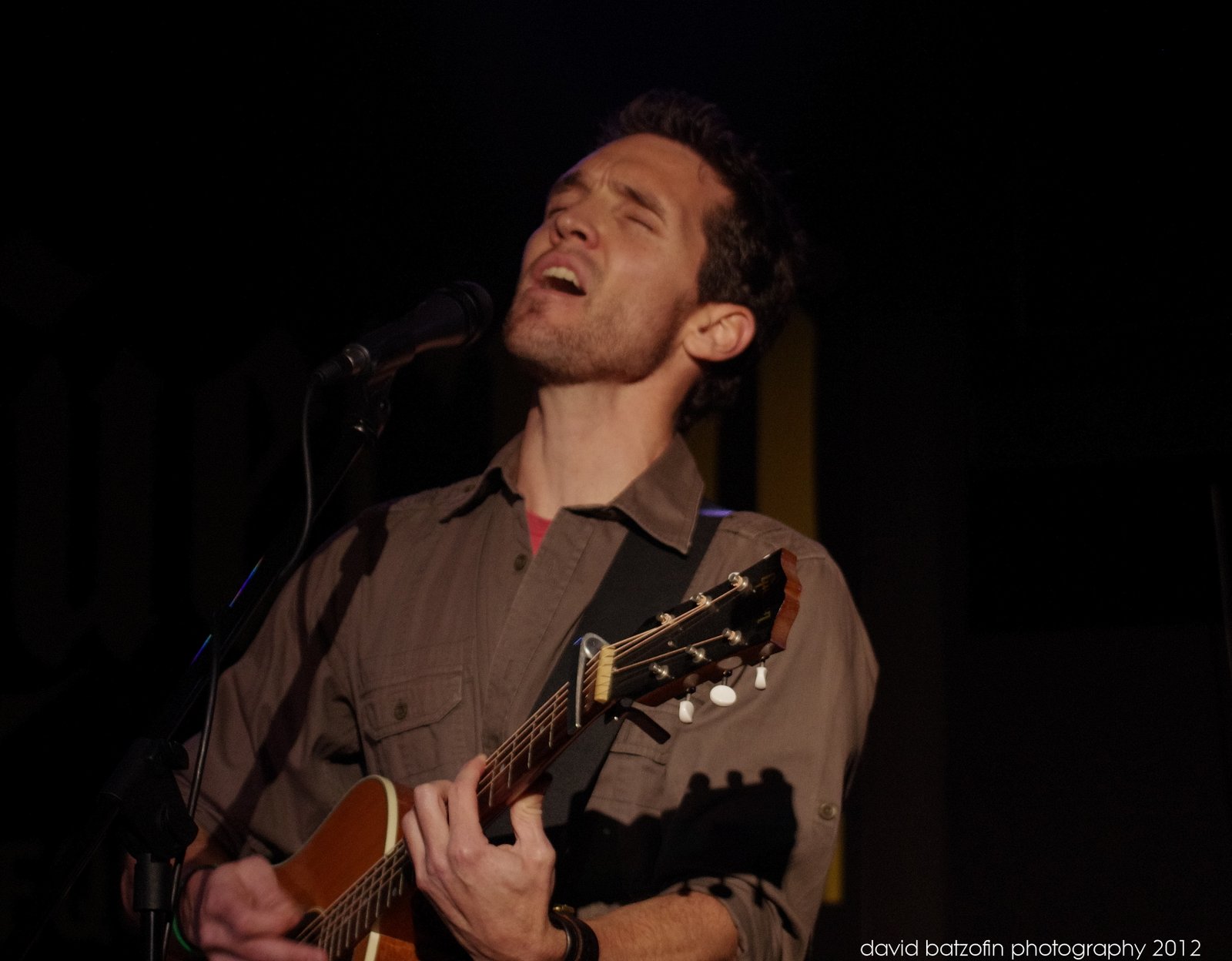 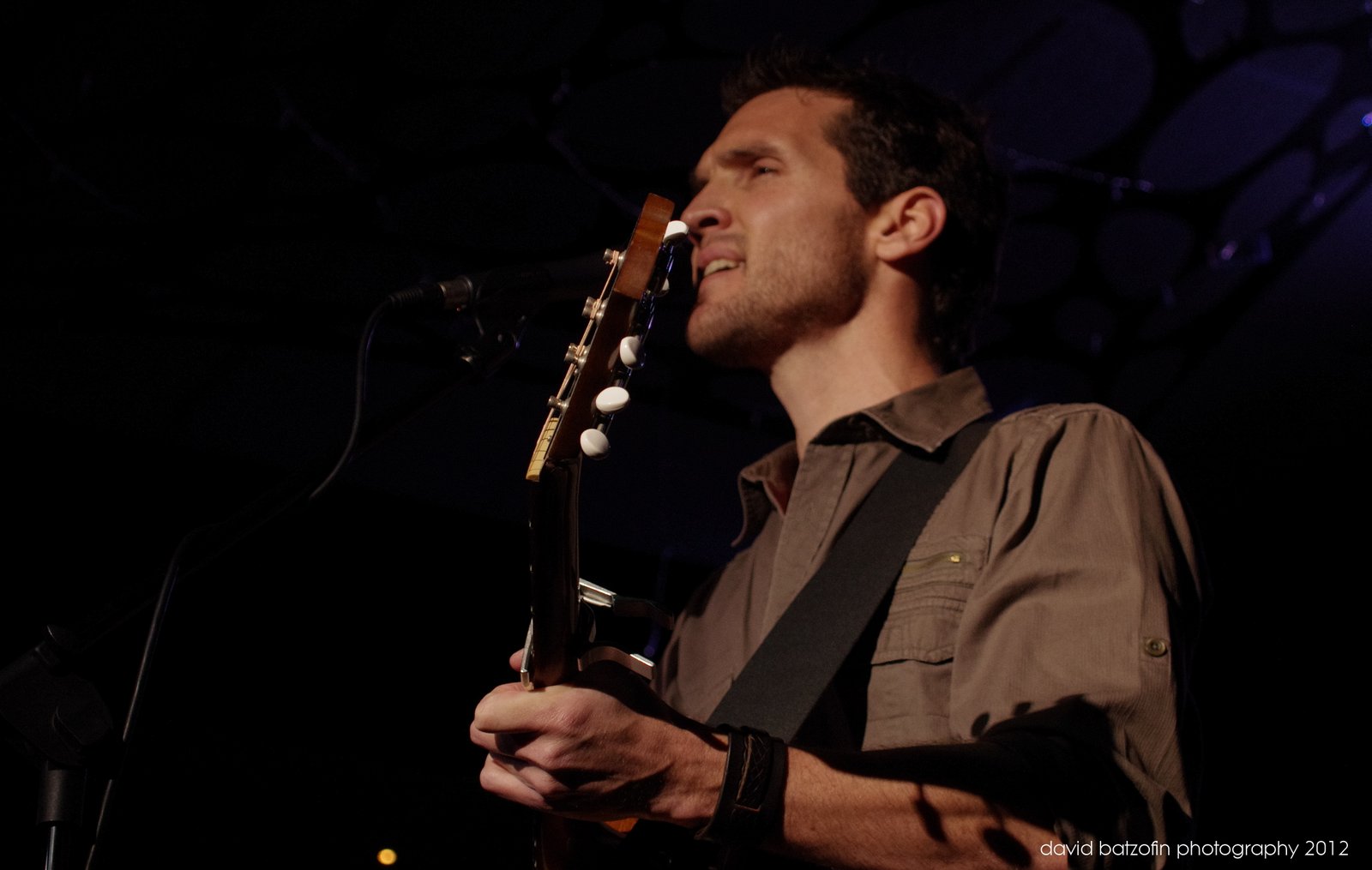 I did enjoy his set. 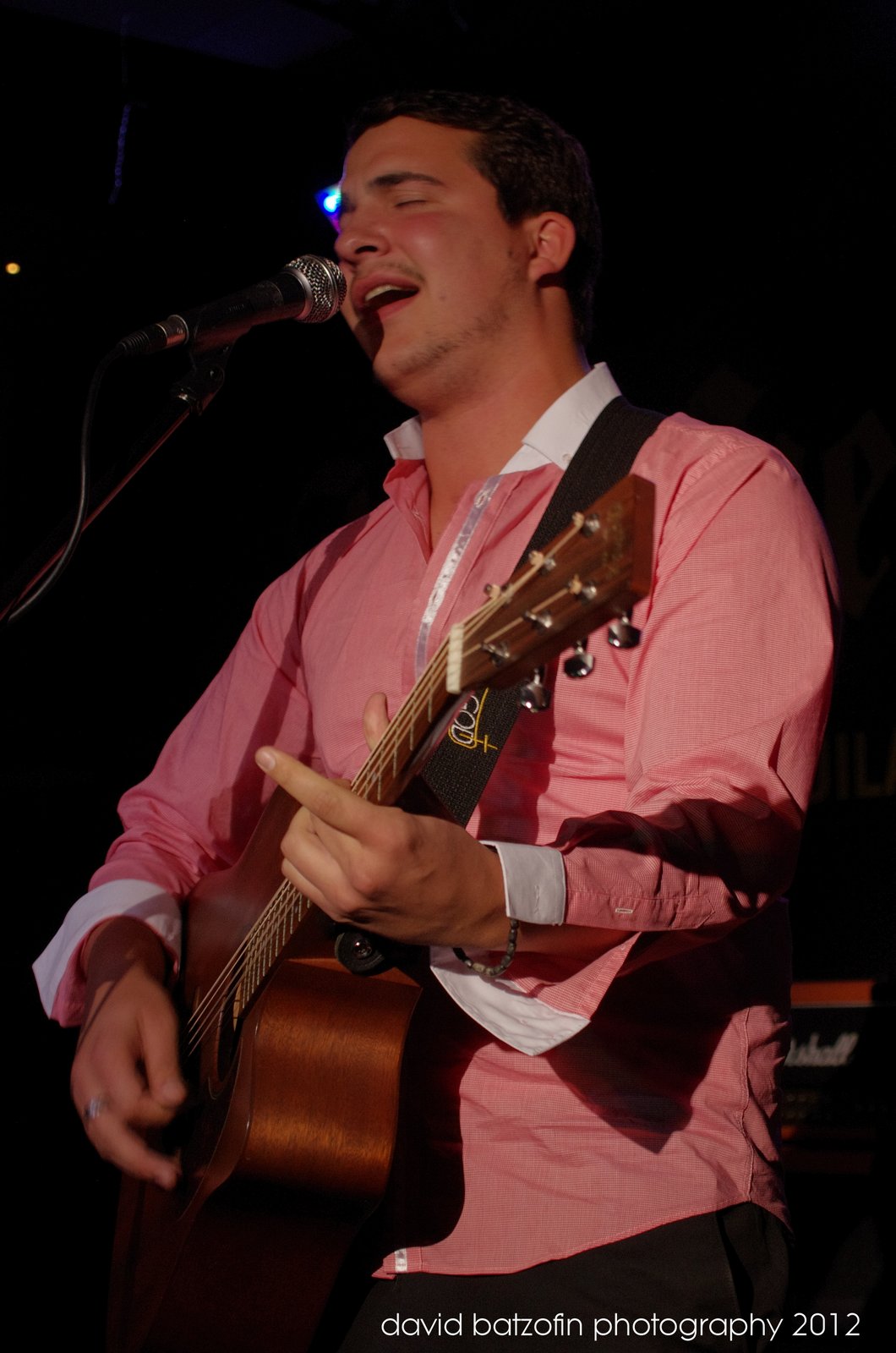 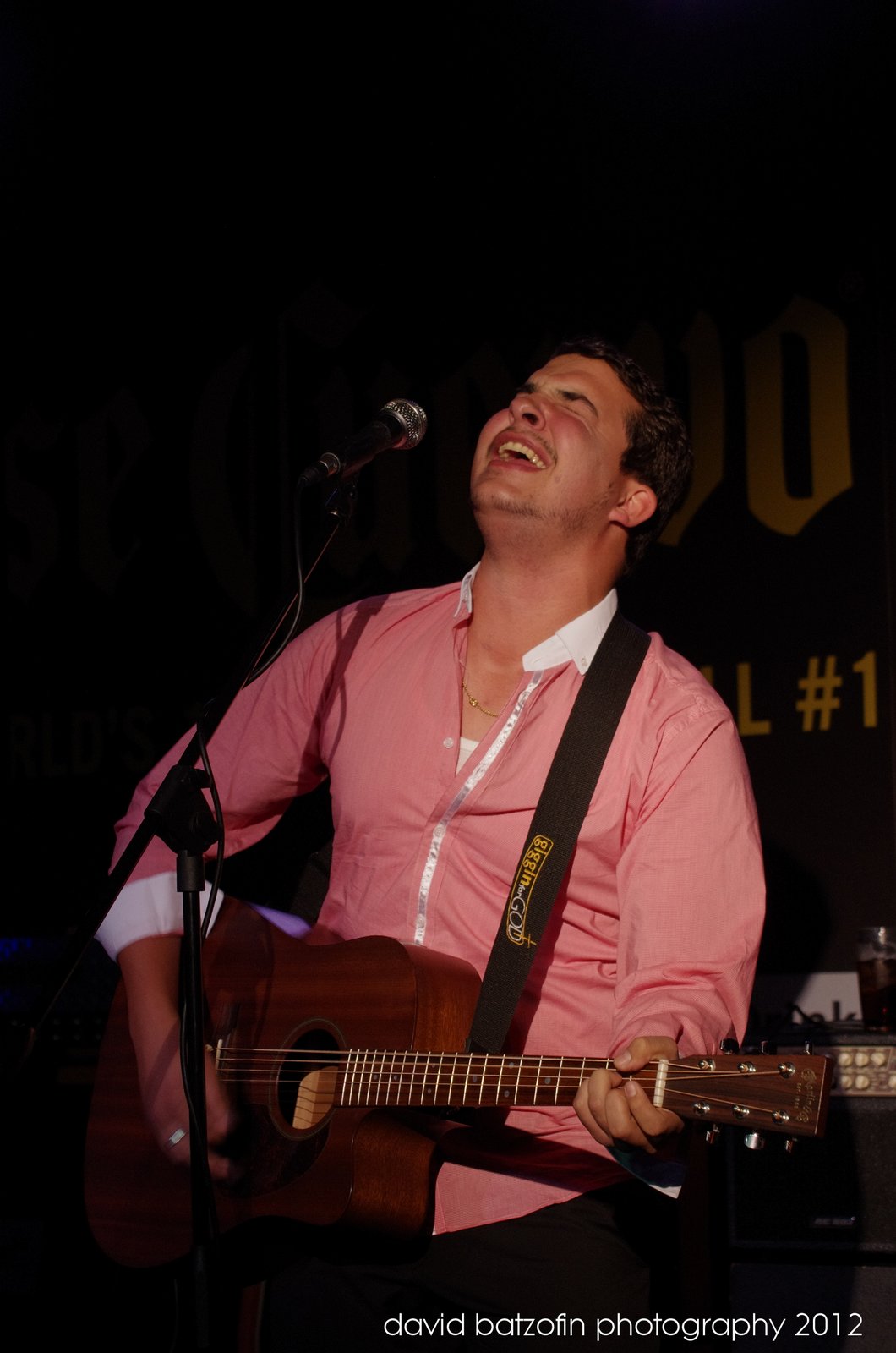 He certainly gave it his all. 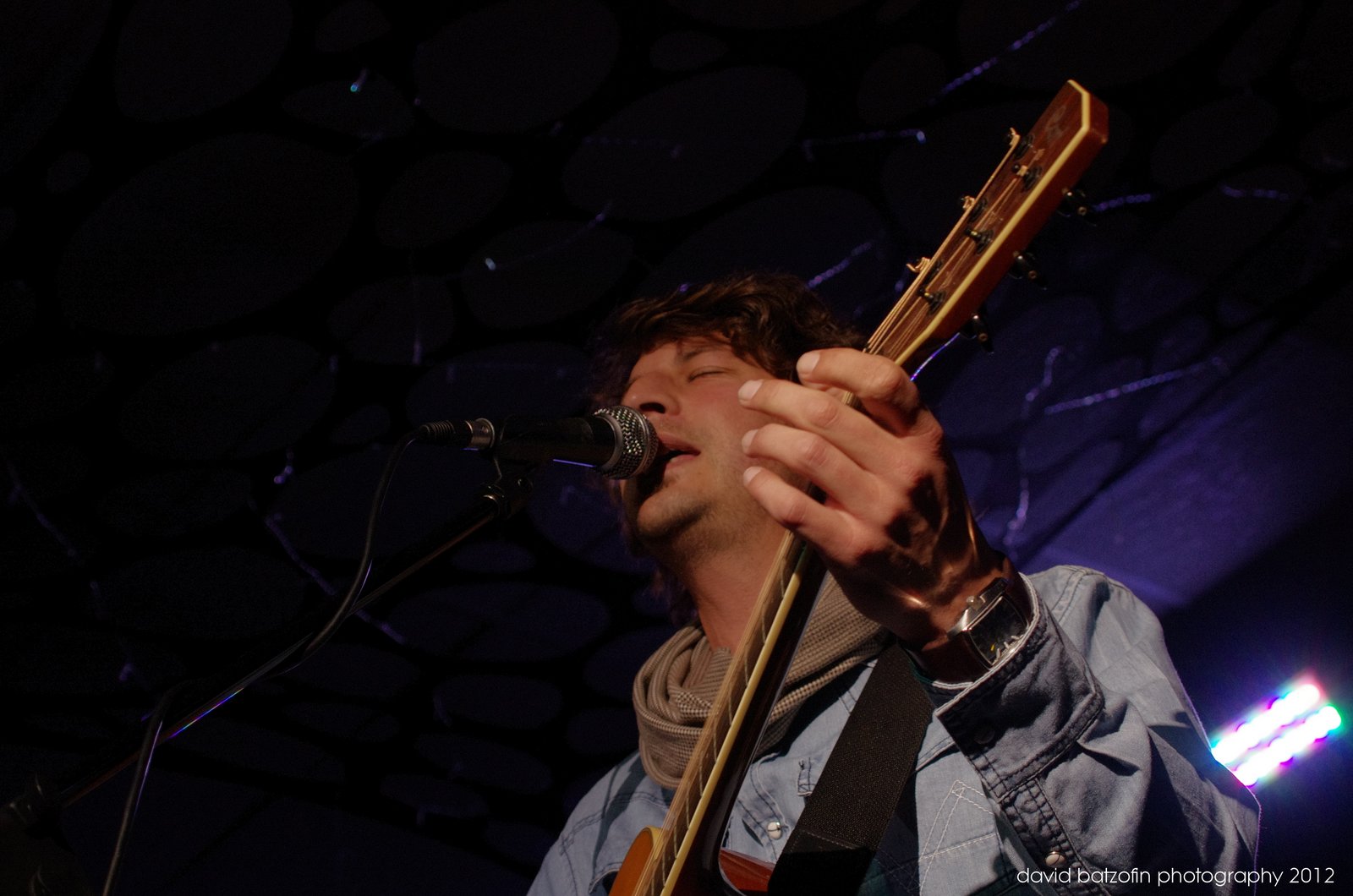 I had missed Peter Hoven in the heats, but I had seen him in another production so I had an idea of what to expect 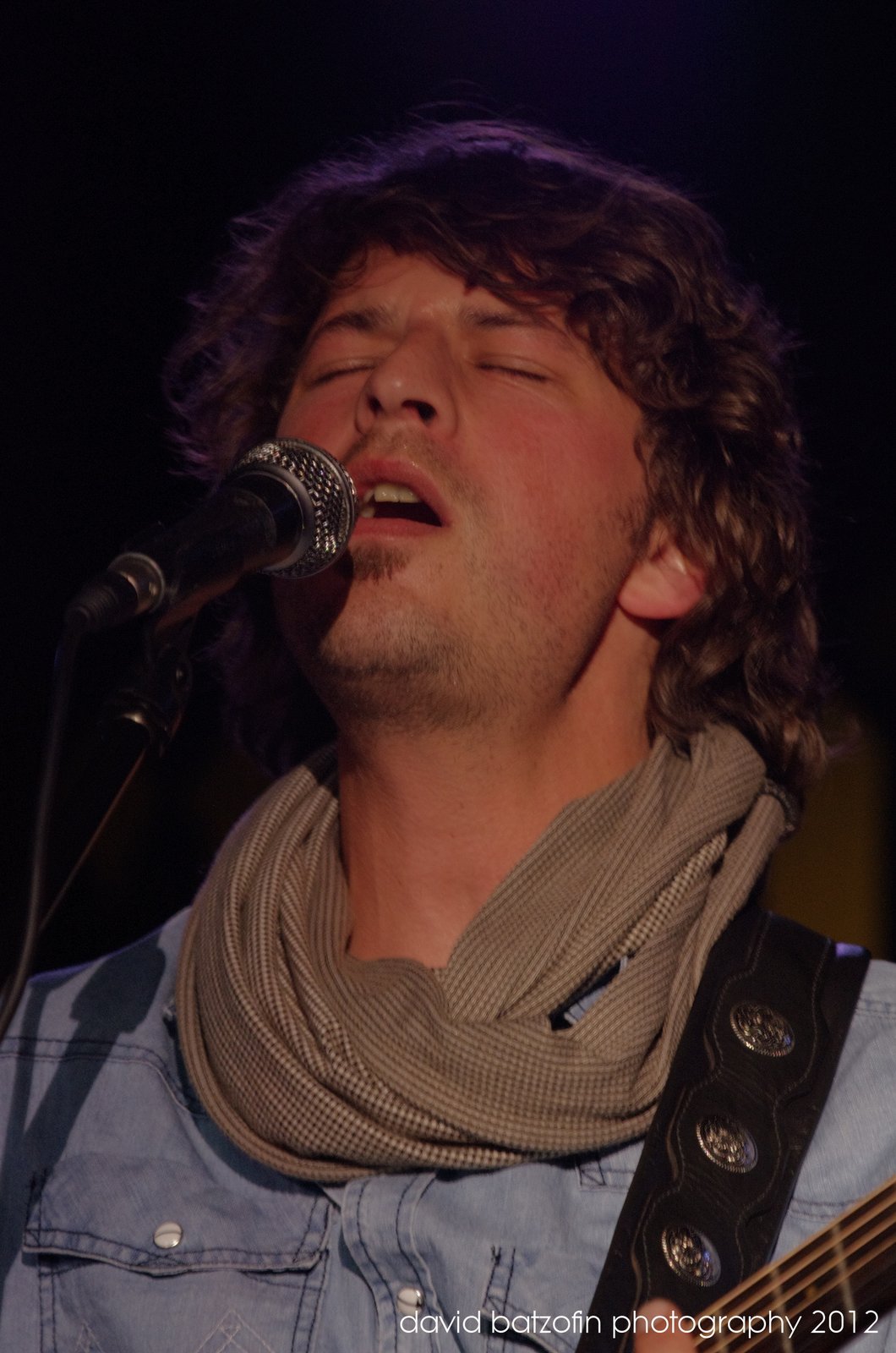 And he certainly did not disappoint. 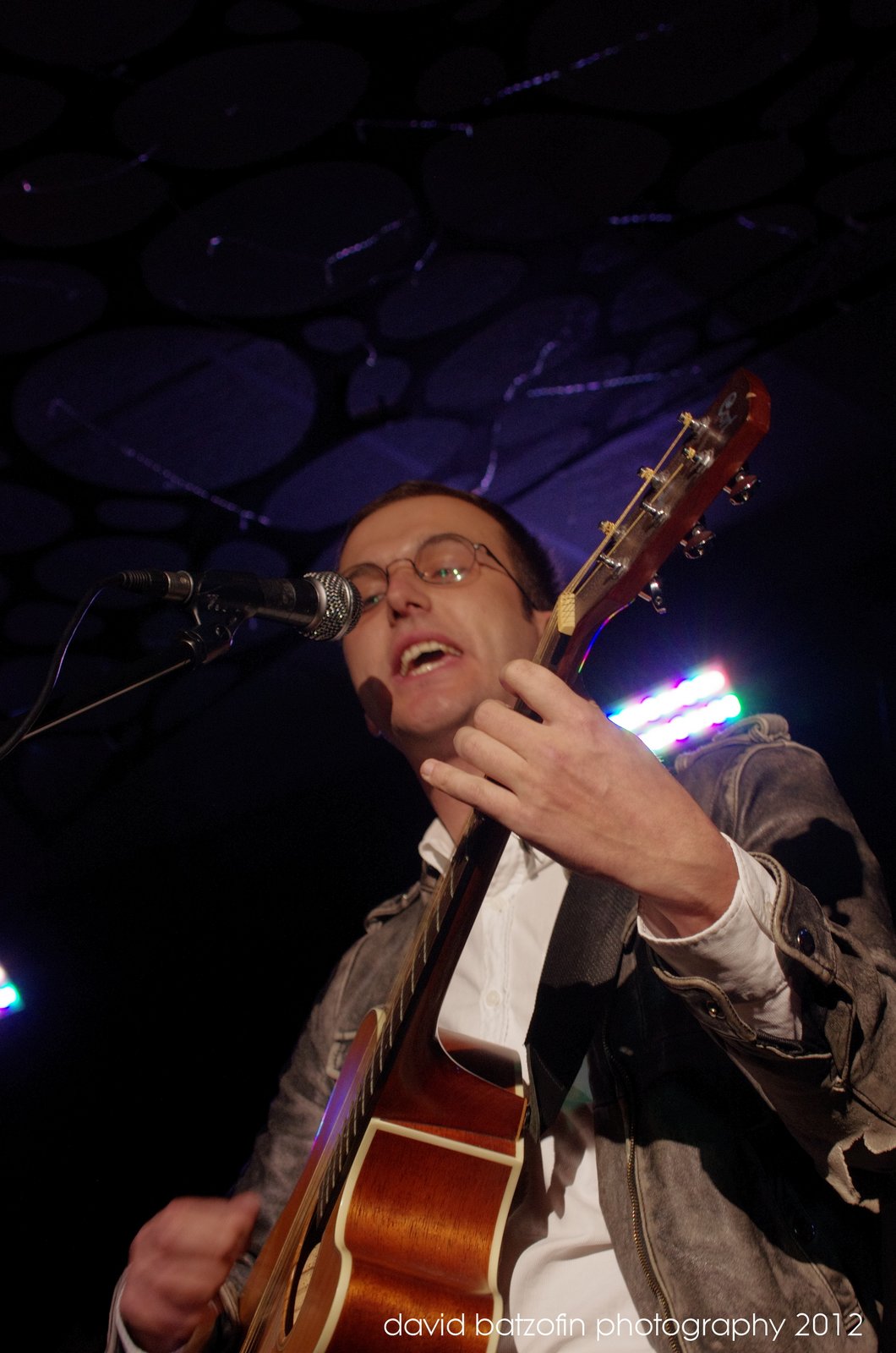 Hendrik Marx stepped up to the plate and performed well. 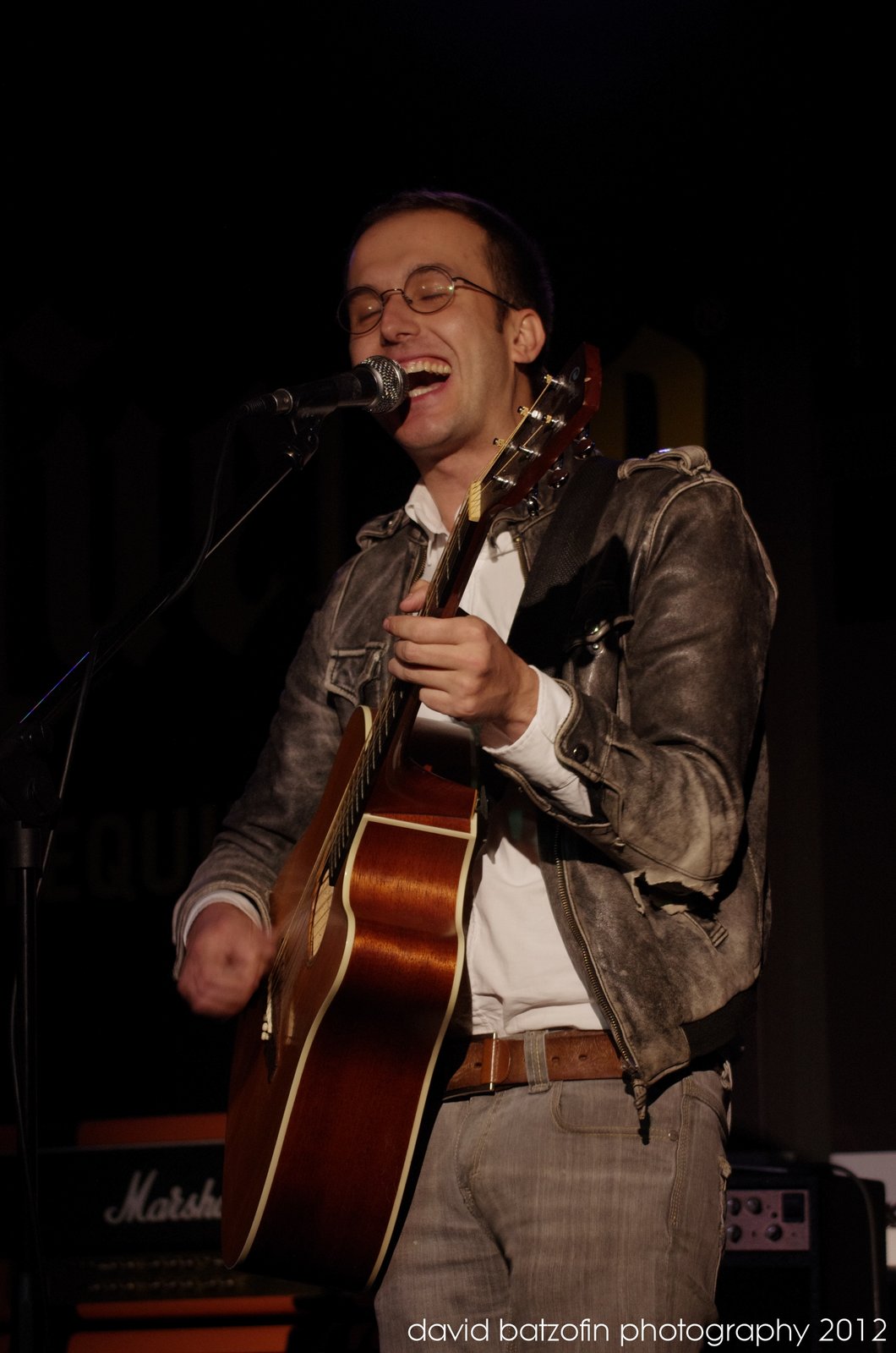 His final song is already charting on one of the local radio stations. 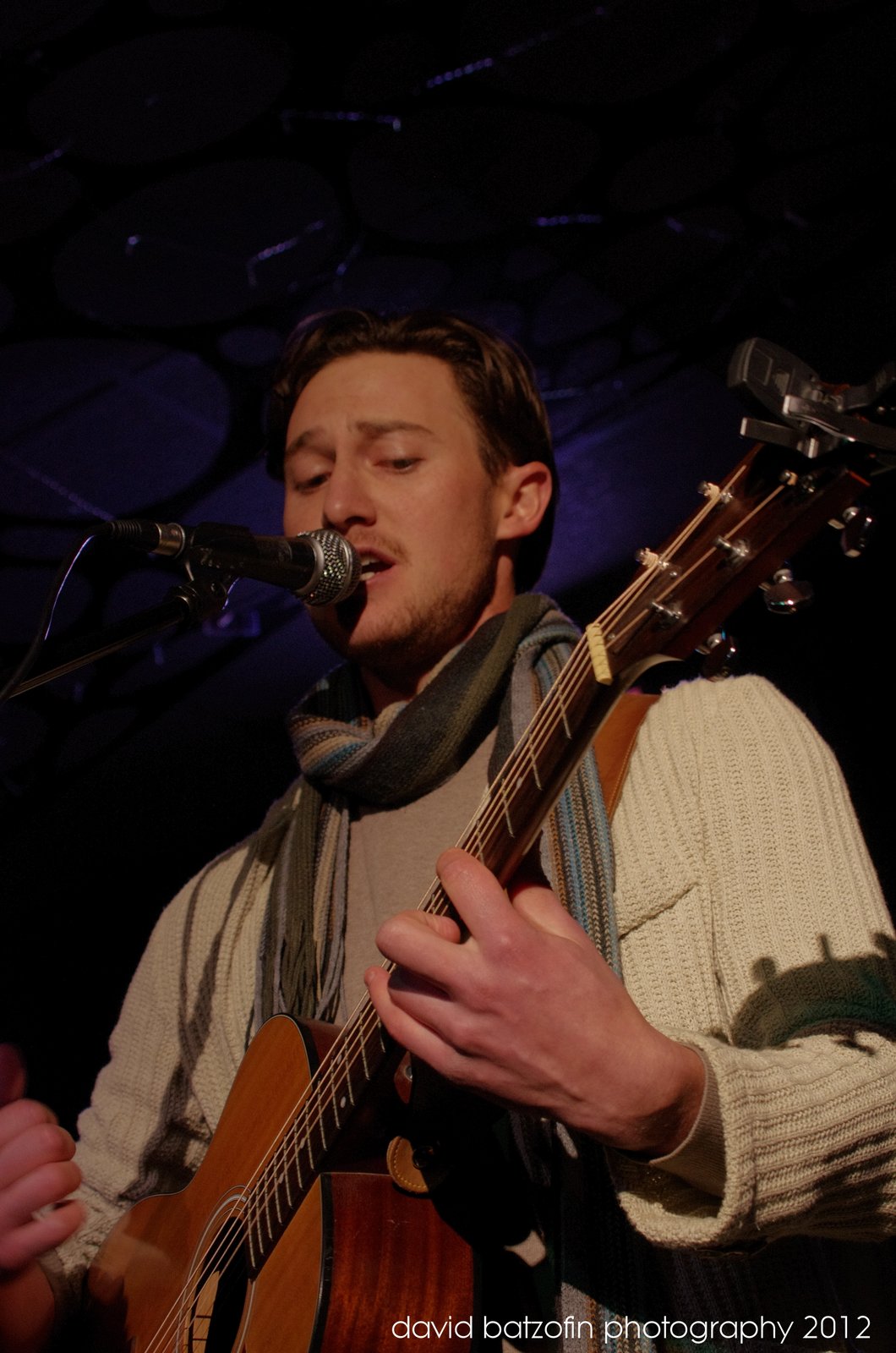 Daniel Cowen brought a fan club/family with him and they, together with the rest of the audience were very supportive. 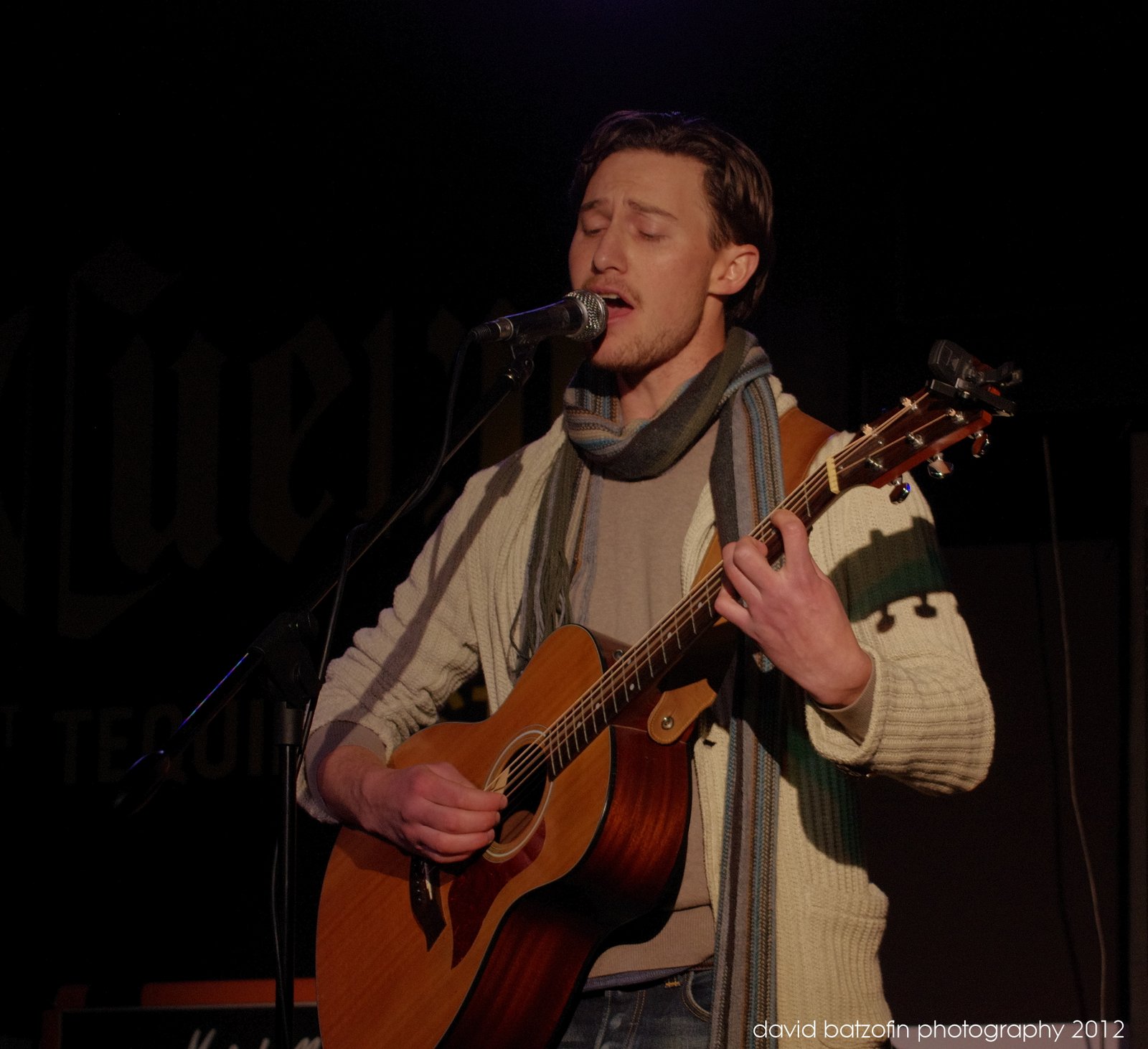 Thanks for a great set Daniel. 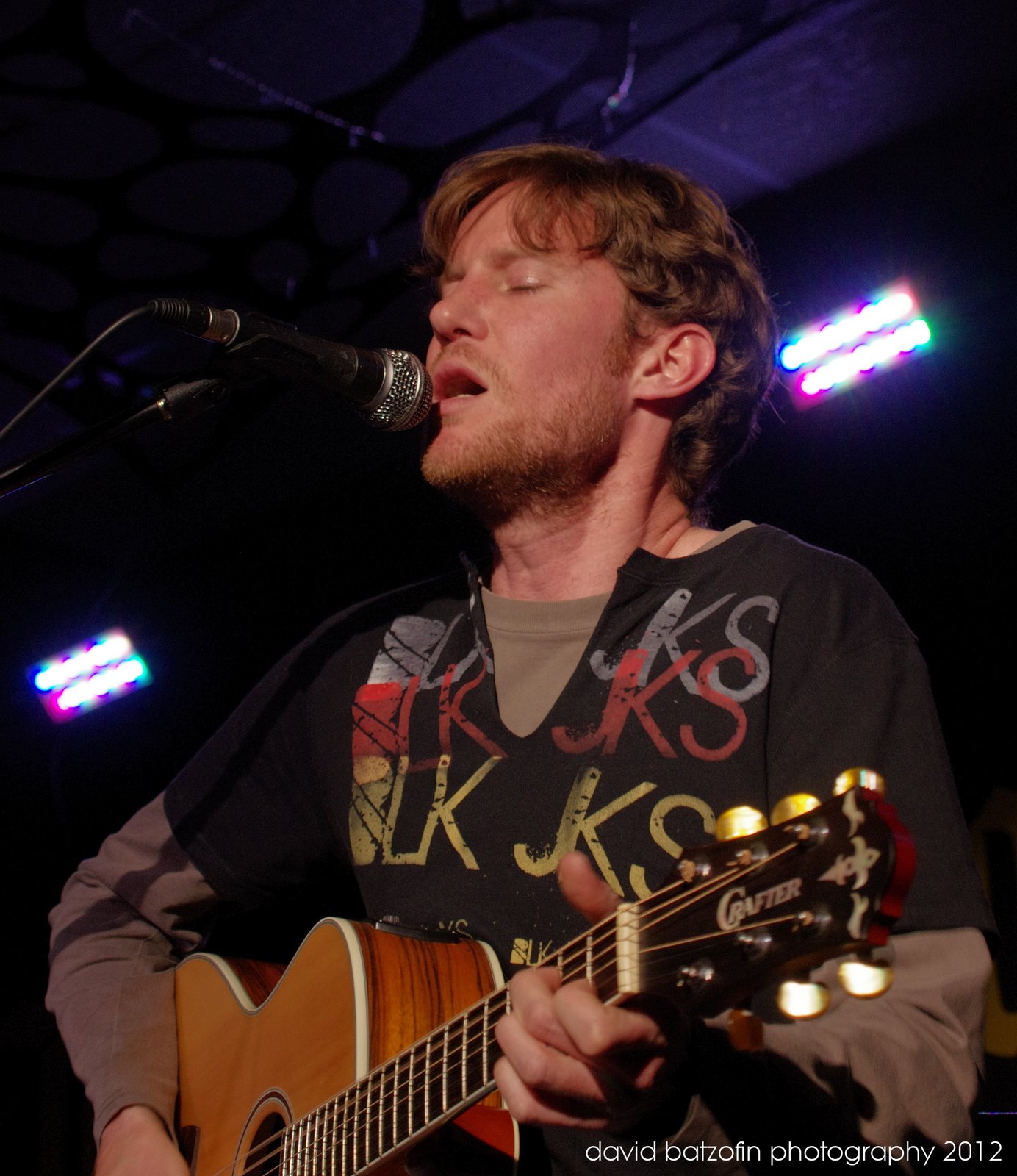 Polar Bear John warmed up the evening with a hot performance… 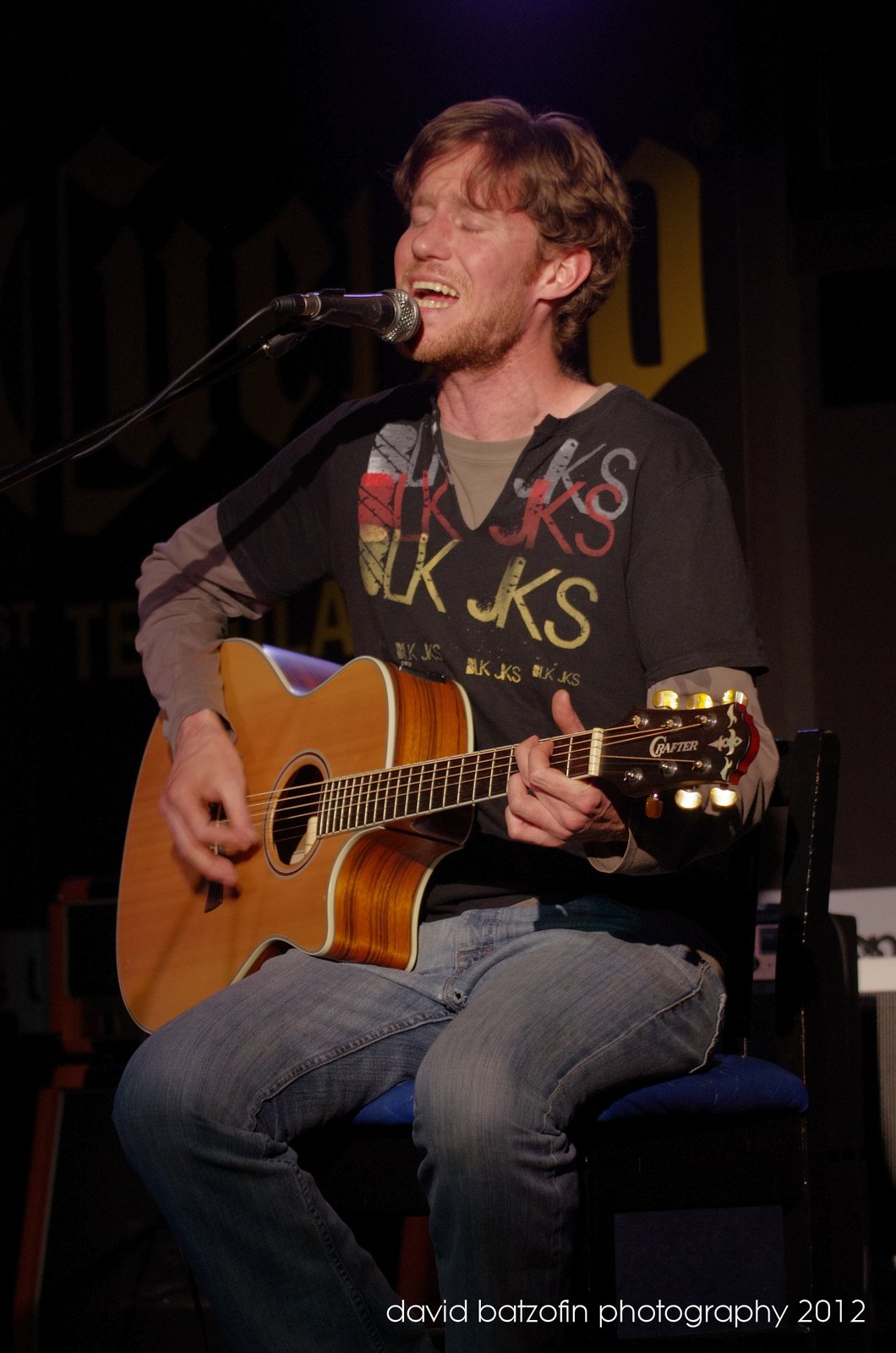 He remained seated for his performance… 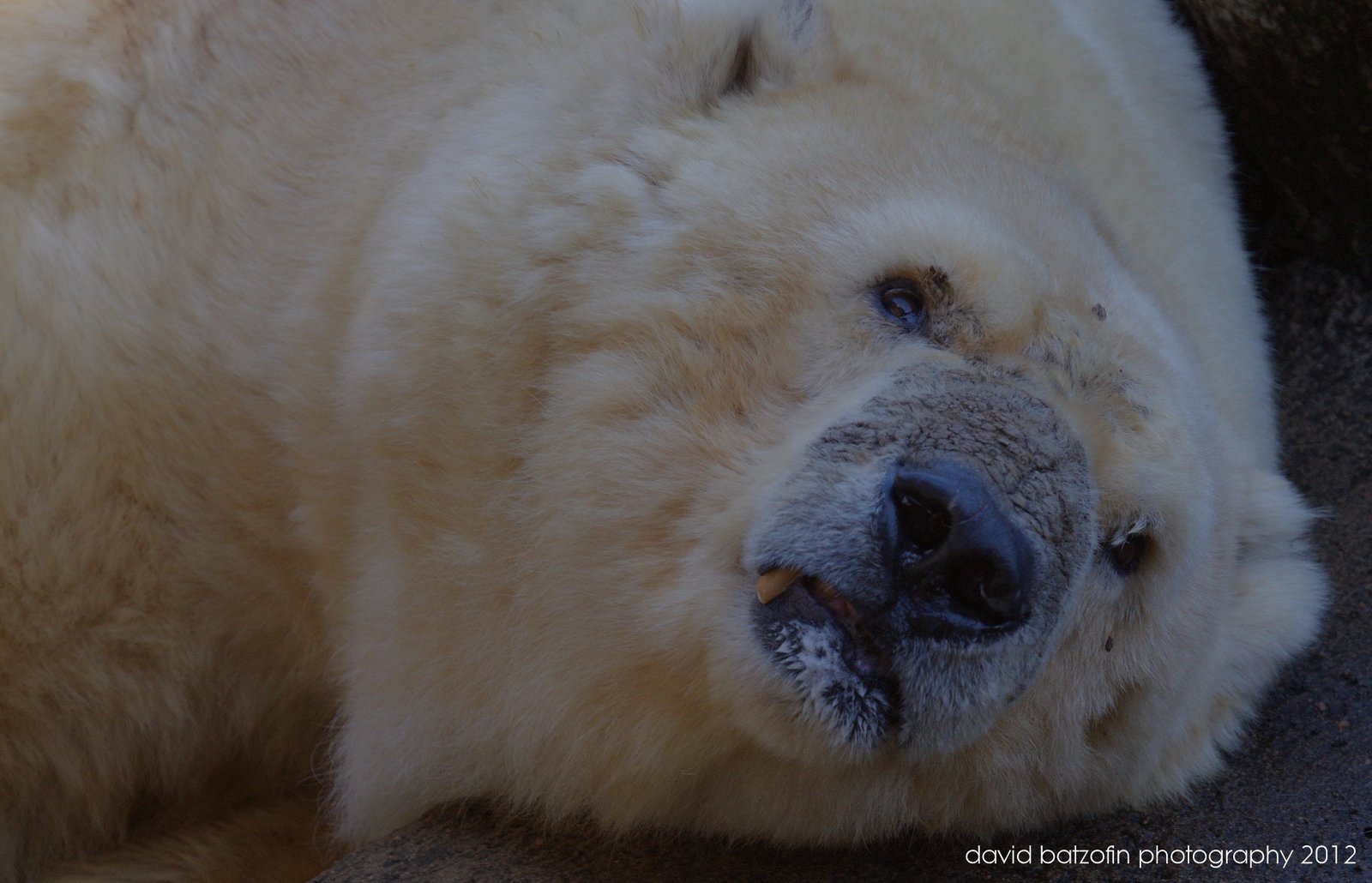 And this is a Polar Bear, John… 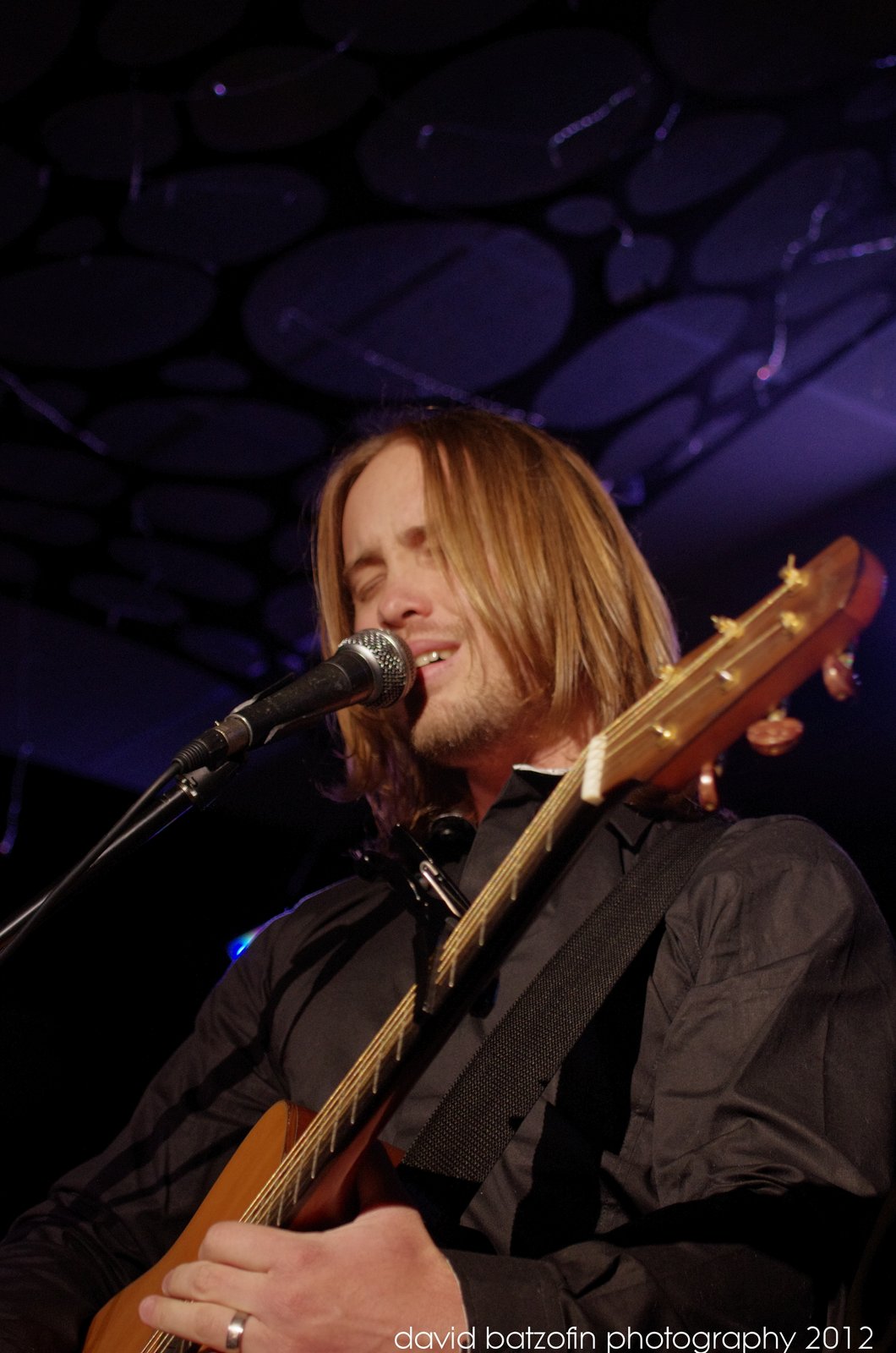 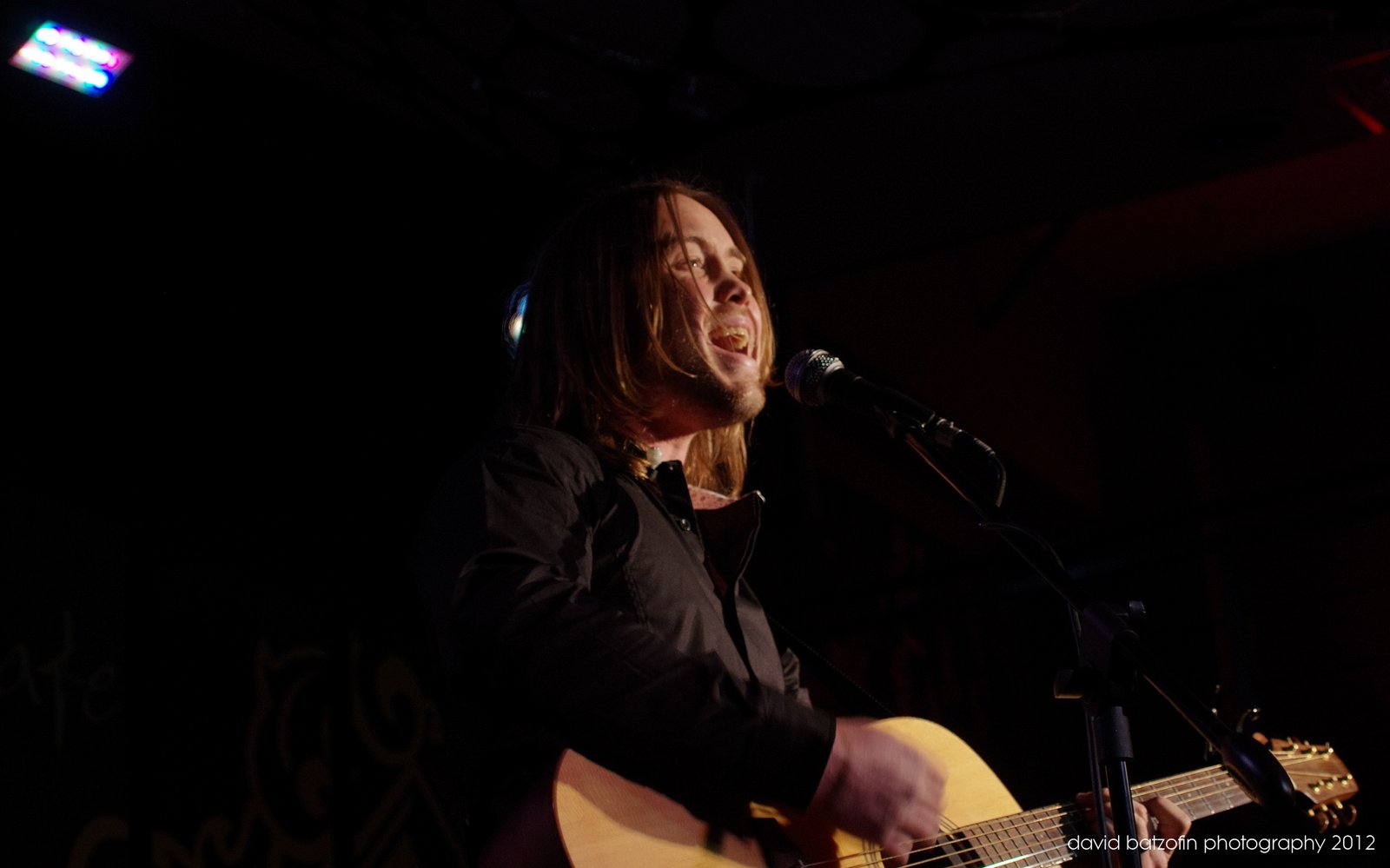 His guitar work and his vocals were spectacular. 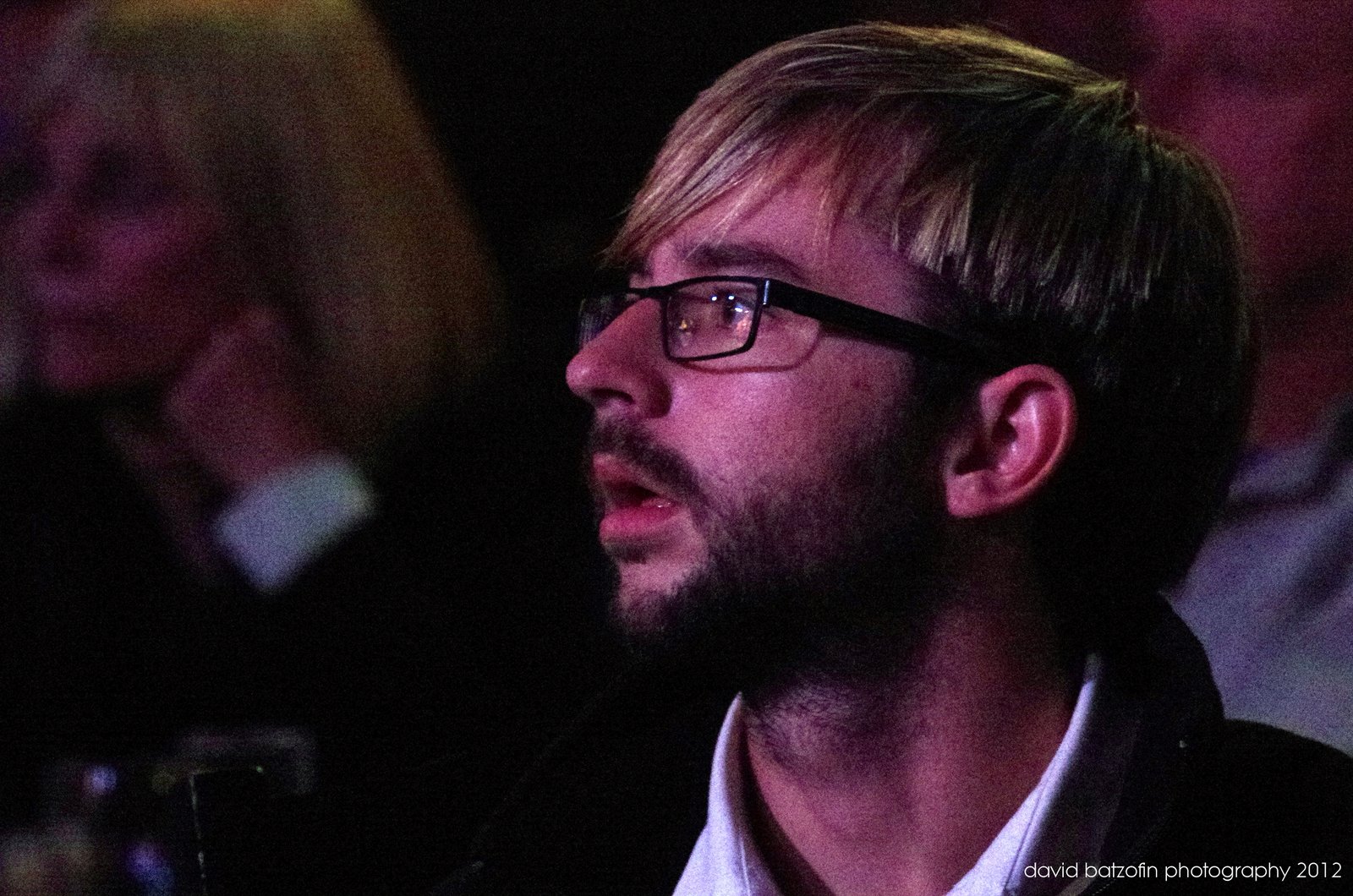 Certain audience members were very focused on the performances… 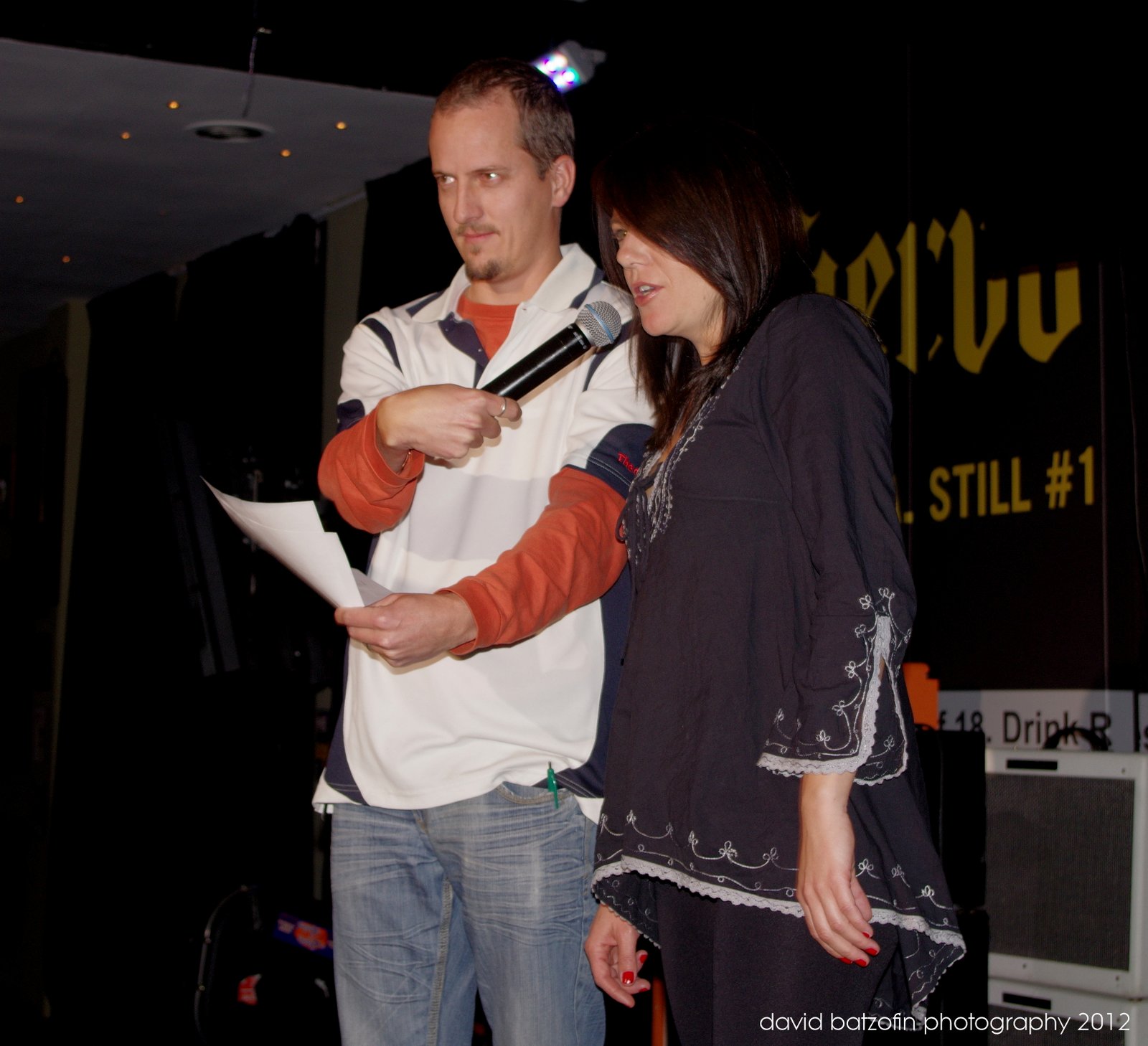 And the big moment arrives… 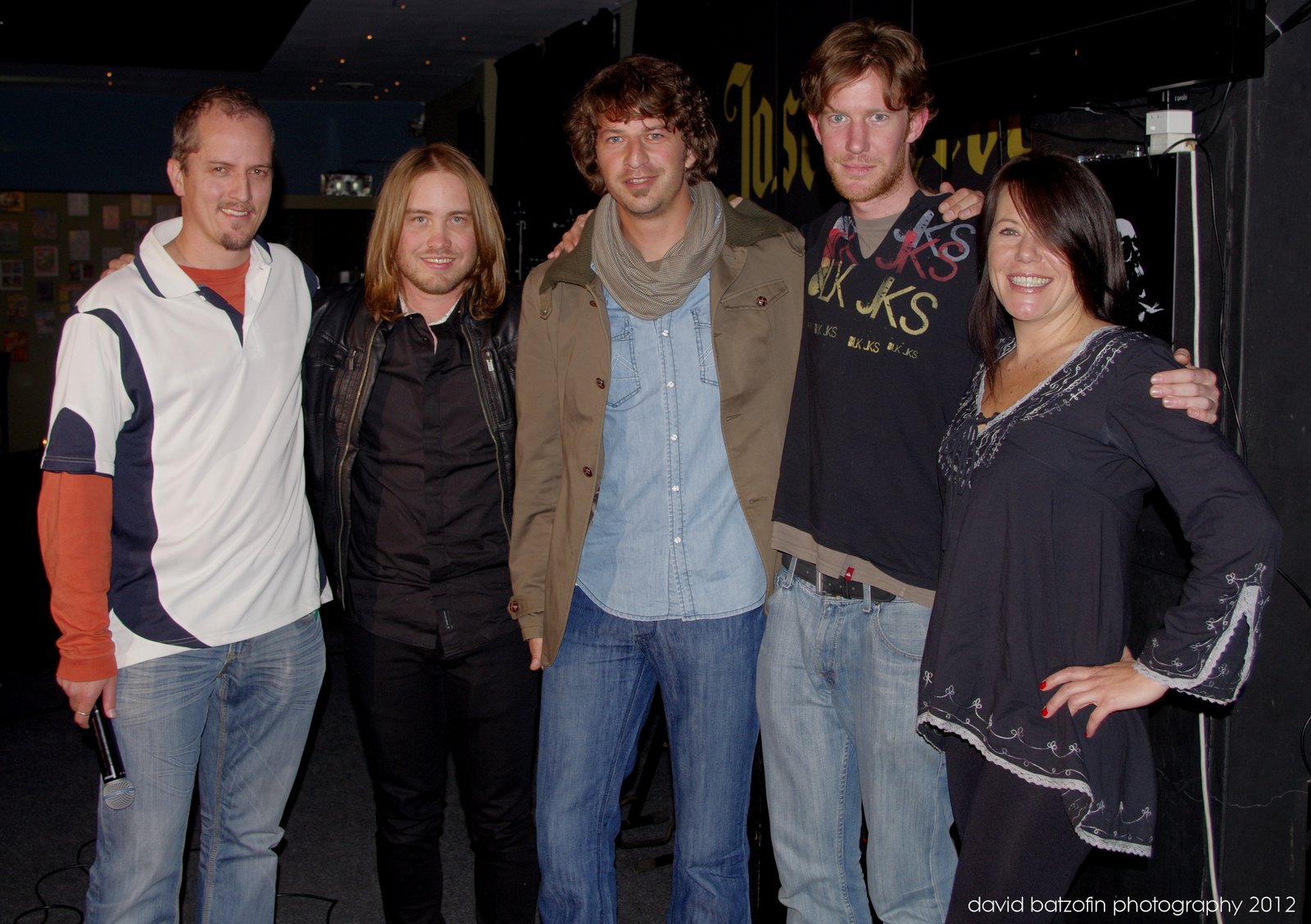 Going through to the finals on 3 July are: Shawn Jacobs, Peter Hoven and Polar Bear John.
And what is at stake for the finalists?
*DRUM ROLL*

The big prize! A USA Breedlove guitar and… 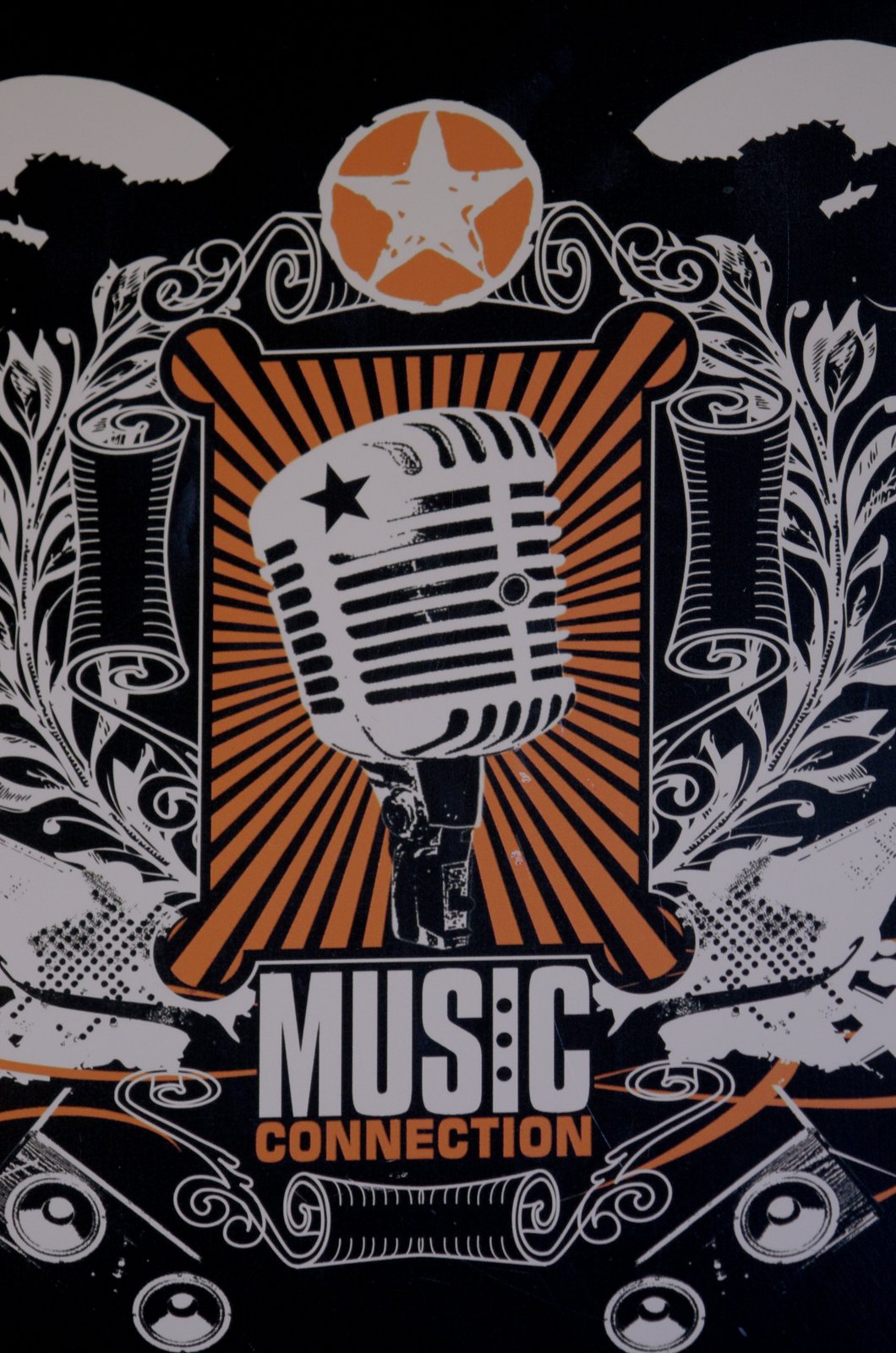 Both of these prizes are sponsored by Music Connection…but wait, that is not all… 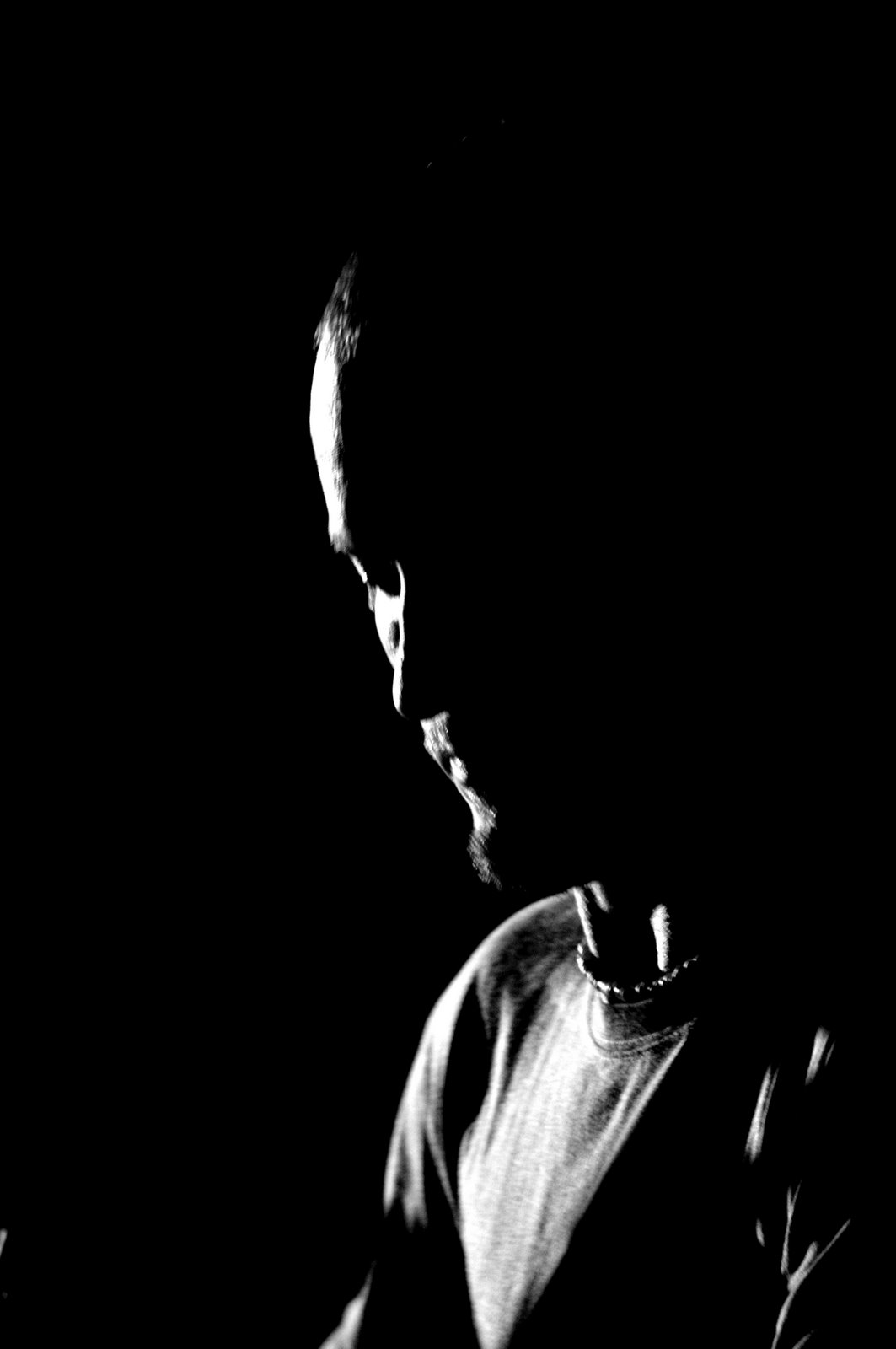 Bruce Dennill.
Photo by david batzofin photography
The winner will also get a portfolio sponsored by award winning  ‘David Batzofin Photography’,
the official photographer for the competition.
The *GRAND FINAL* takes place on July 3rd
Who will walk away a winner? Come and support local talent on the night!
To book a table for your “fan club” call the venue on 011 658 0277
Check out the Tanz web site for more information on upcoming performances and events.
See also:http://www.davidbatzofin.com/2012/06/black-and-whiteacoustic-arts-5-second.html