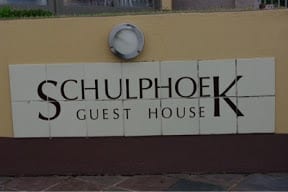 My wife and I found ourselves back in the Western Cape for the opening of the new Hermanus R320 wine route…but before we get to that there were other exciting “incidents and accidents” along the way,that had nothing to do with the wine route.

We arrived at Cape Town International airport after an on time and incident free flight from Jhb.
We used First car rental and were given a free upgrade and a loyalty card…so far so good
We collected my daughter from her home in order to celebrate her promotion to artistic director of FTH;K and then a quick visit to friends in Somerset West before heading off the our guest house in Hermanus.
The sky had been bright and clear one minute…and the next it was pouring with rain.
And if that was not enough we got a call from our housekeeper to say that she had locked herself into the space between our front door and the external security gate.
Two hours of phone calls and a R450.00 call out fee from the locksmith and she was eventually freed.
We wonder what she would have done had she not had her cell phone with her.With that problem solved, we were able to complete the trip to Hermanus and the

But although we saw lots of crayfish boats, we saw no whales…very disappointing…

Currently none of the rooms actually overlook the ocean, but three new rooms are currently under construction that will all be sea facing.(a good reason to revisit)

The veranda and its quirky decor…

The garden which has vast quantities of Lavender in it…very soothing, especially for what lay ahead of us later that night!

We were in bed relatively early as I was still not feeling 100% after a recent viral infection and I was asleep almost as soon as my head hit the pillow…only to be woken by my wife shouting that the room was being flooded…which is was…but not from the bathroom…from behind a trapdoor in the bedroom cupboard!

Turns out a pipe had burst and it meant that the manager had to turn off the water,to our room and the one adjacent, before moving us to a new room.

And a bidet…used more by European guests than locals…

Two chairs…place enough to party, should we want to…

That and the fact there was no furniture on the floor in the room we had occupied for just a few hours.
We have to compliment the manager for the quick and efficient way that the crisis was dealt with!
We certainly hope to return there when the sea facing rooms are complete.