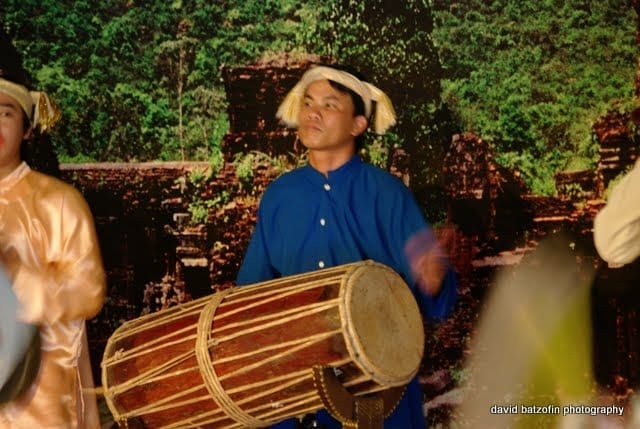 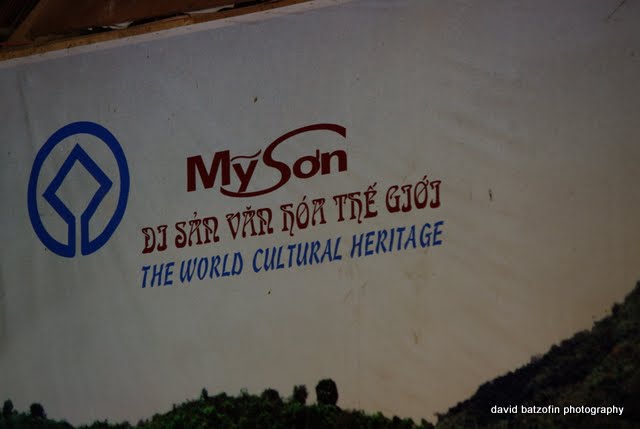 Our final tour before we left Hoi An was to the Temple ruins at My Son…. 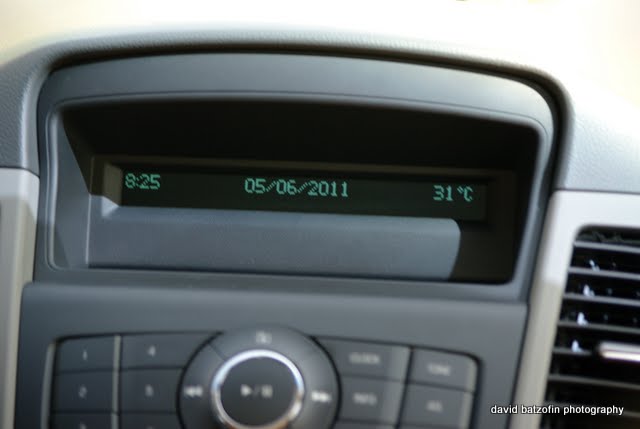 Although it was only 8.35am, you can see what the temperature was…just an inkling of what lay ahead of us! 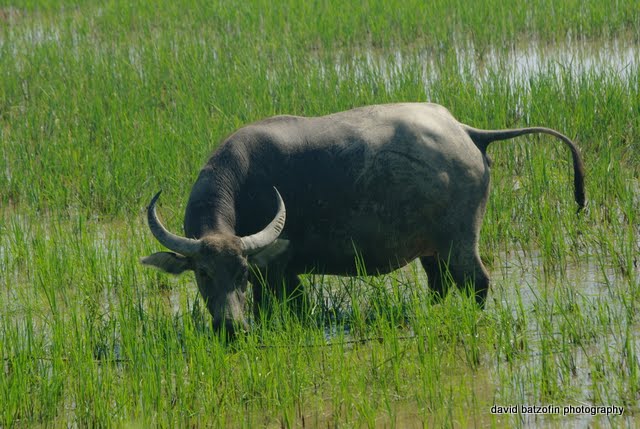 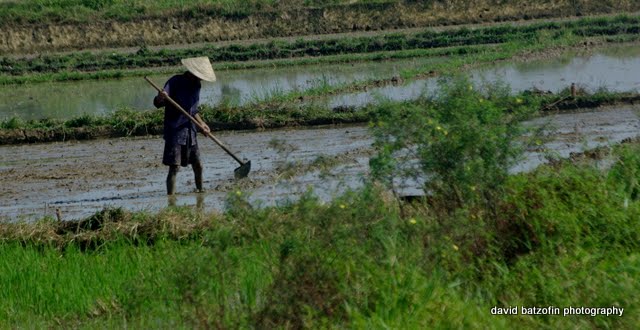 As was this rice farmer.The first crop has already been harvested and this is now the second crop that was being planted.Remember we were still in an air-conditioned car, while these folk were toiling in the heat and humidity… 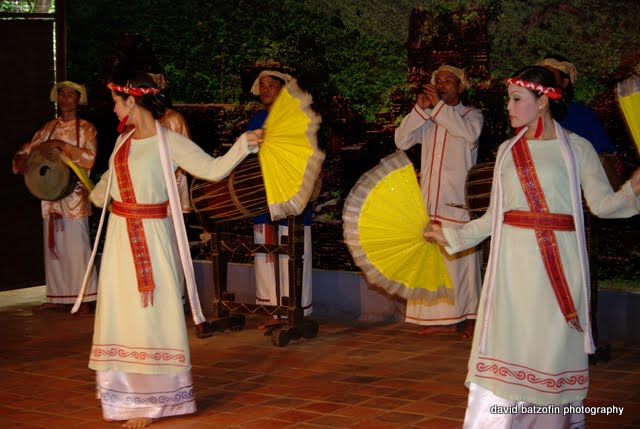 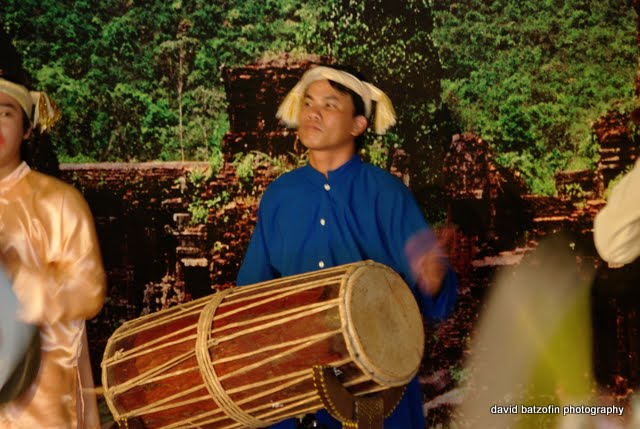 Although the music might sound strange to ‘Western’ ears, it is rather melodic and not nearly as atonal as some Indian music for instance. 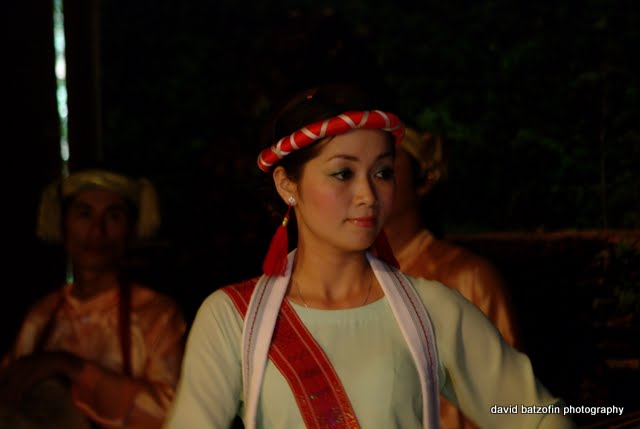 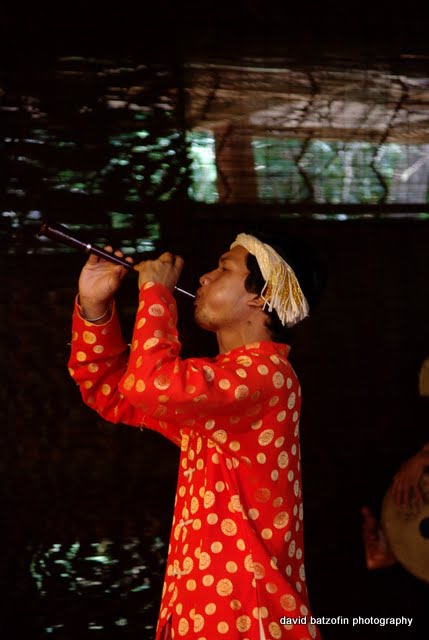 This flute player was BRILLIANT…his party piece at the end of his song was to hold a note for about 5minutes.. 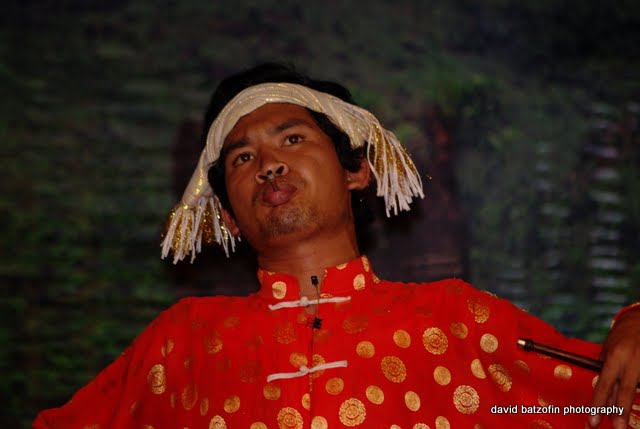 and if that was not enough, he then went up an octave using only the reed! Truly amazing breath control! 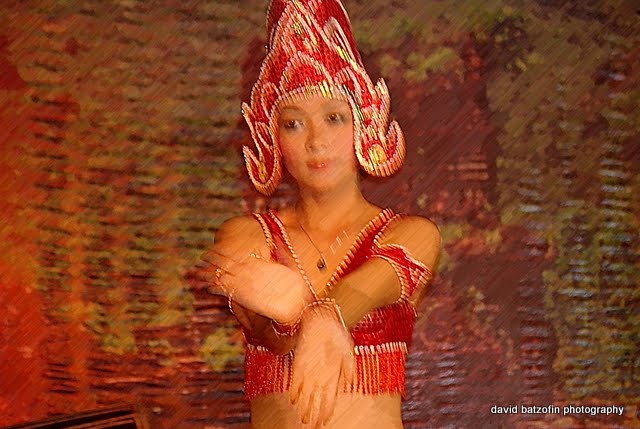 The second dance number was almost Balinese in character, again performed by three beautiful girls.Despite the heat and humidity they did not seem to sweat at all… 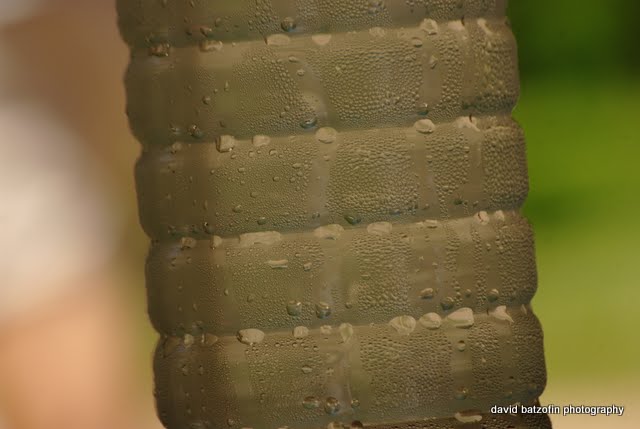 While they danced we drank as much water as we possibly could! 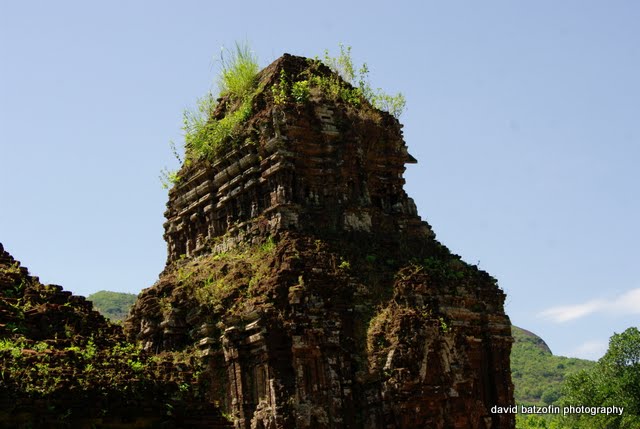 Mỹ Sơn (Vietnamese pronunciation: [mǐˀ səːn]) is a cluster of abandoned and partially ruined Hindu temples constructed between the 4th and the 14th century AD by the kings of Champa (Chiêm Thành in Vietnamese). The temples are dedicated to the worship of the god Shiva, known under various local names, the most important of which is “Bhadresvara.”(info from Wikipedia) 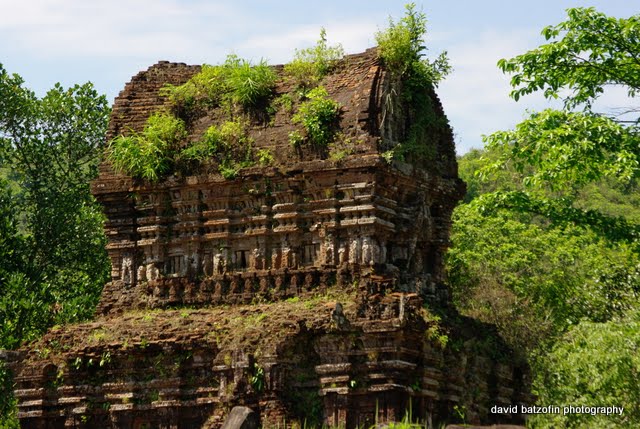 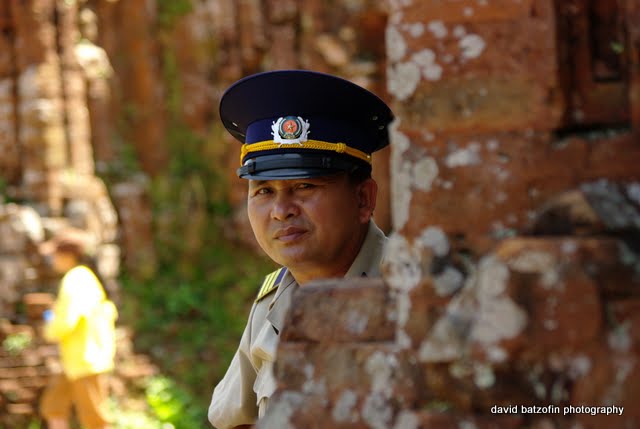 Once again capturing the locals was not a problem…in fact I got a wink and a nod from this security guard after I took his picture! 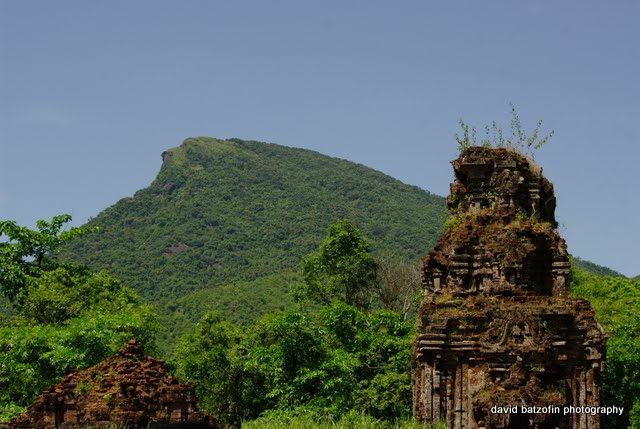 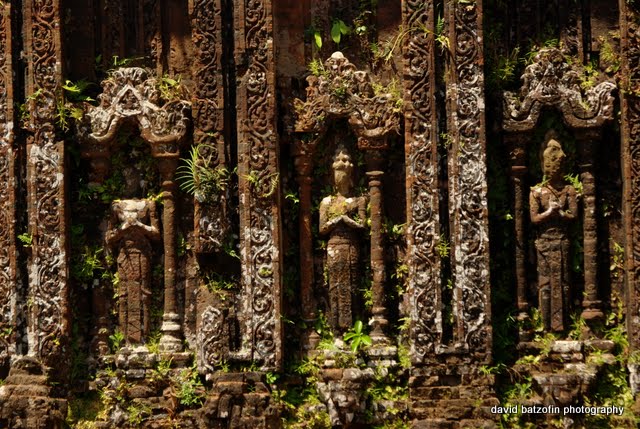 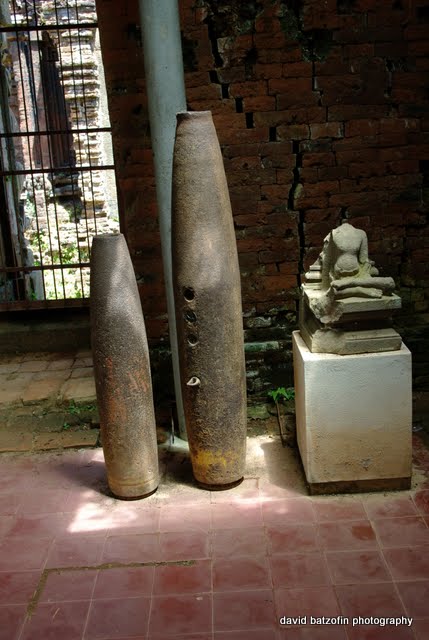 These temples were targeted by the US Forces as they perceived them to be a potential hiding place for the VC. 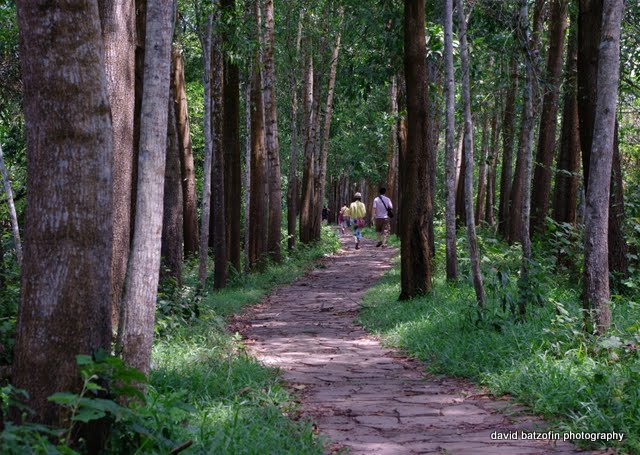 Despite the intense heat(and little or no shade around the actual temple ruins) it was a wonderful experience…
The positive aspect of being here in the ‘off season’ is that the various tourist “must-see” places are not crammed full of afore mentioned people!
For more images: david batzofin photography