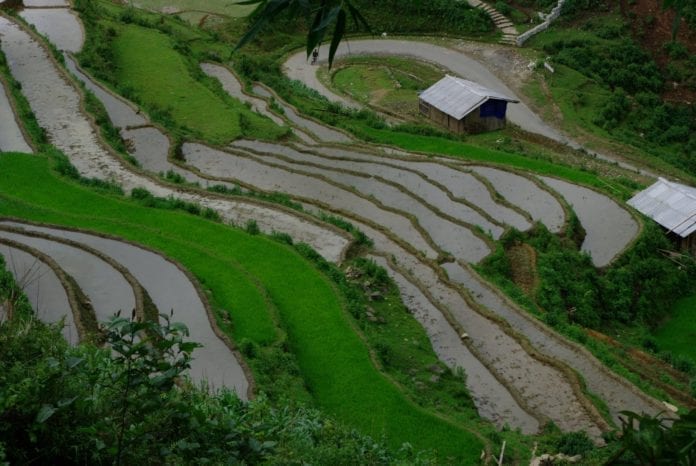 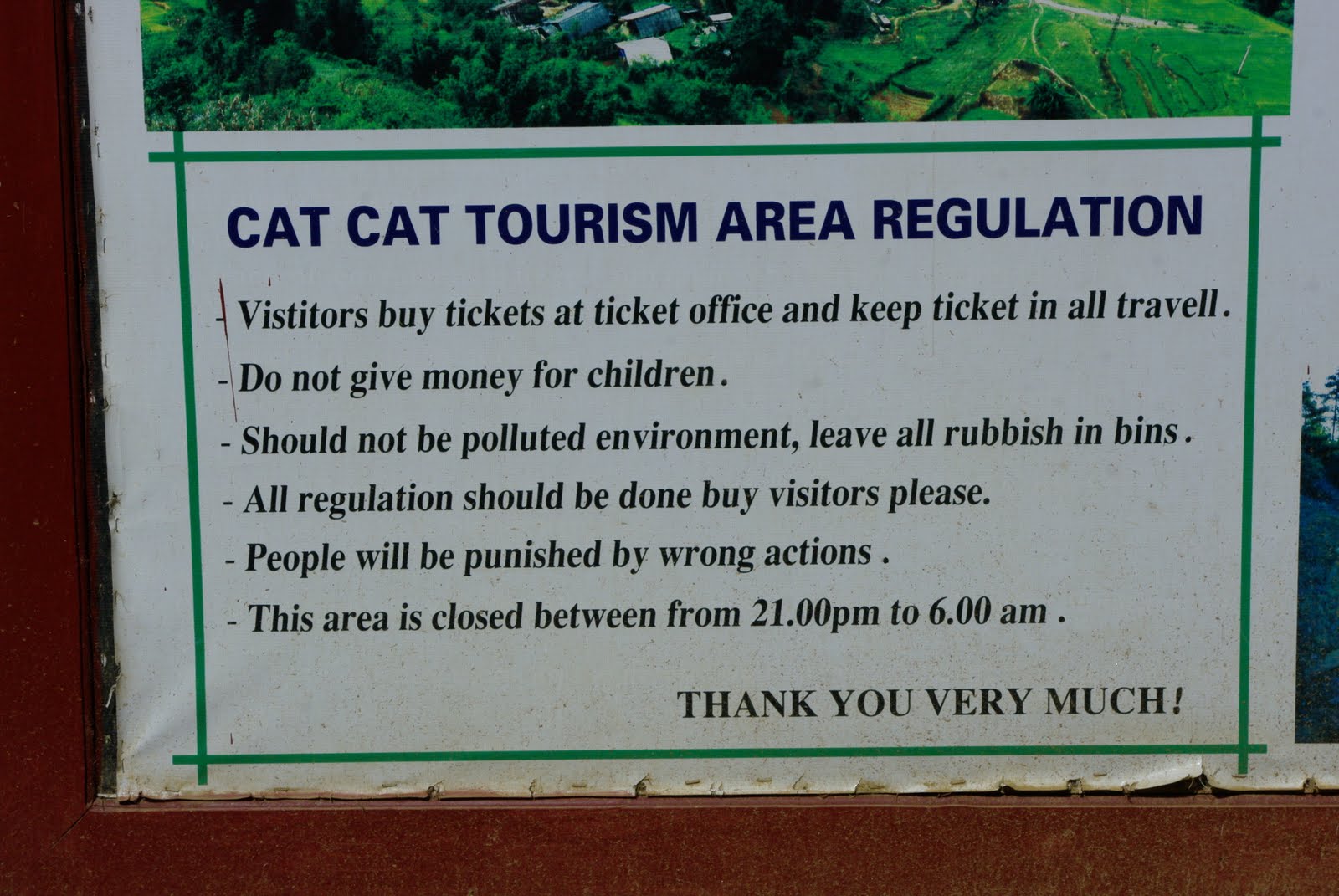 This village is situated about 2km from the market in Sapa.Located at the bottom of the  Muong Hoa Valley and is the traditional home of the  H’Mong ethnic group. Well known for making clothes from hemp, they also get to practice their customs that have been lost in the more urbanized  villages. 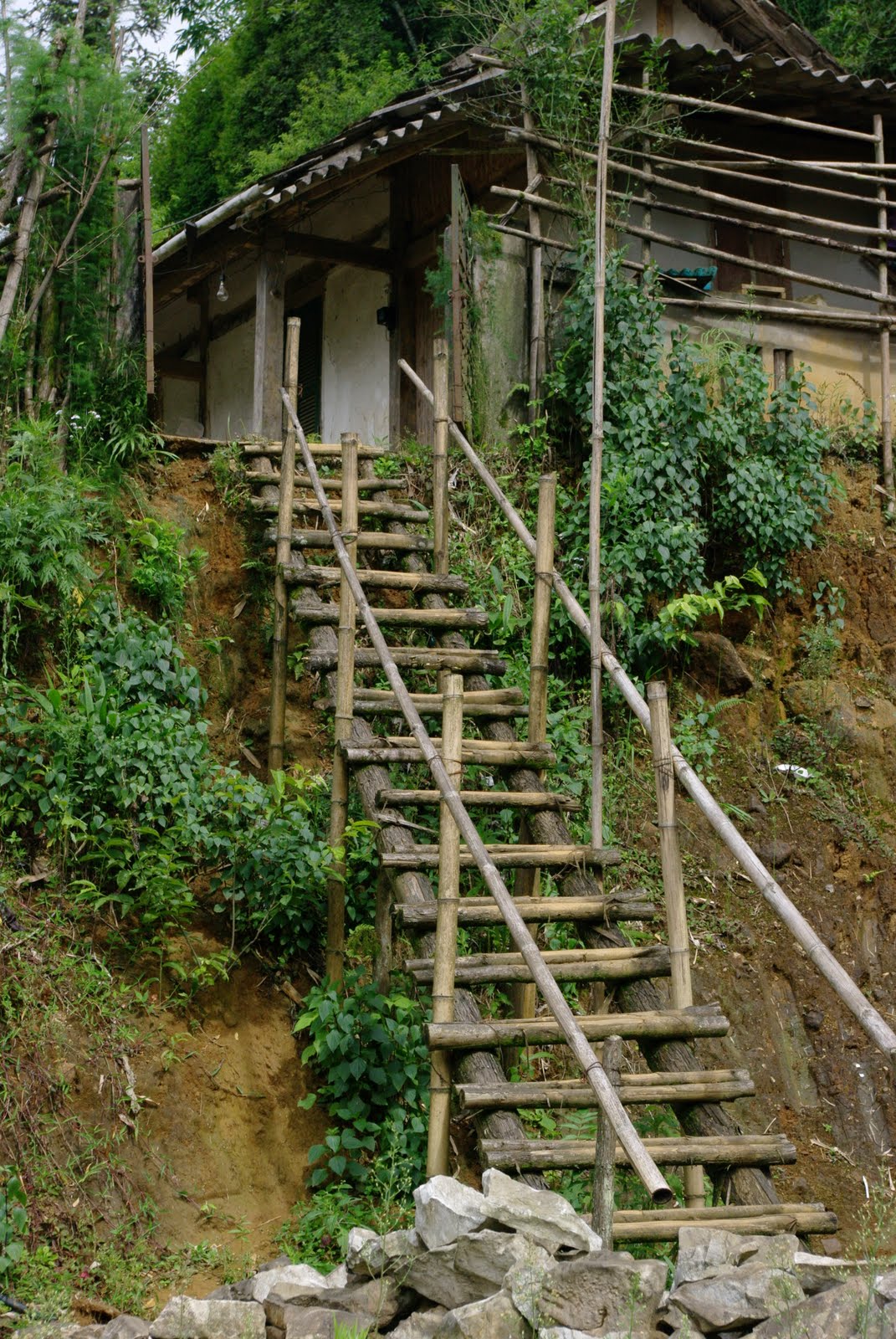 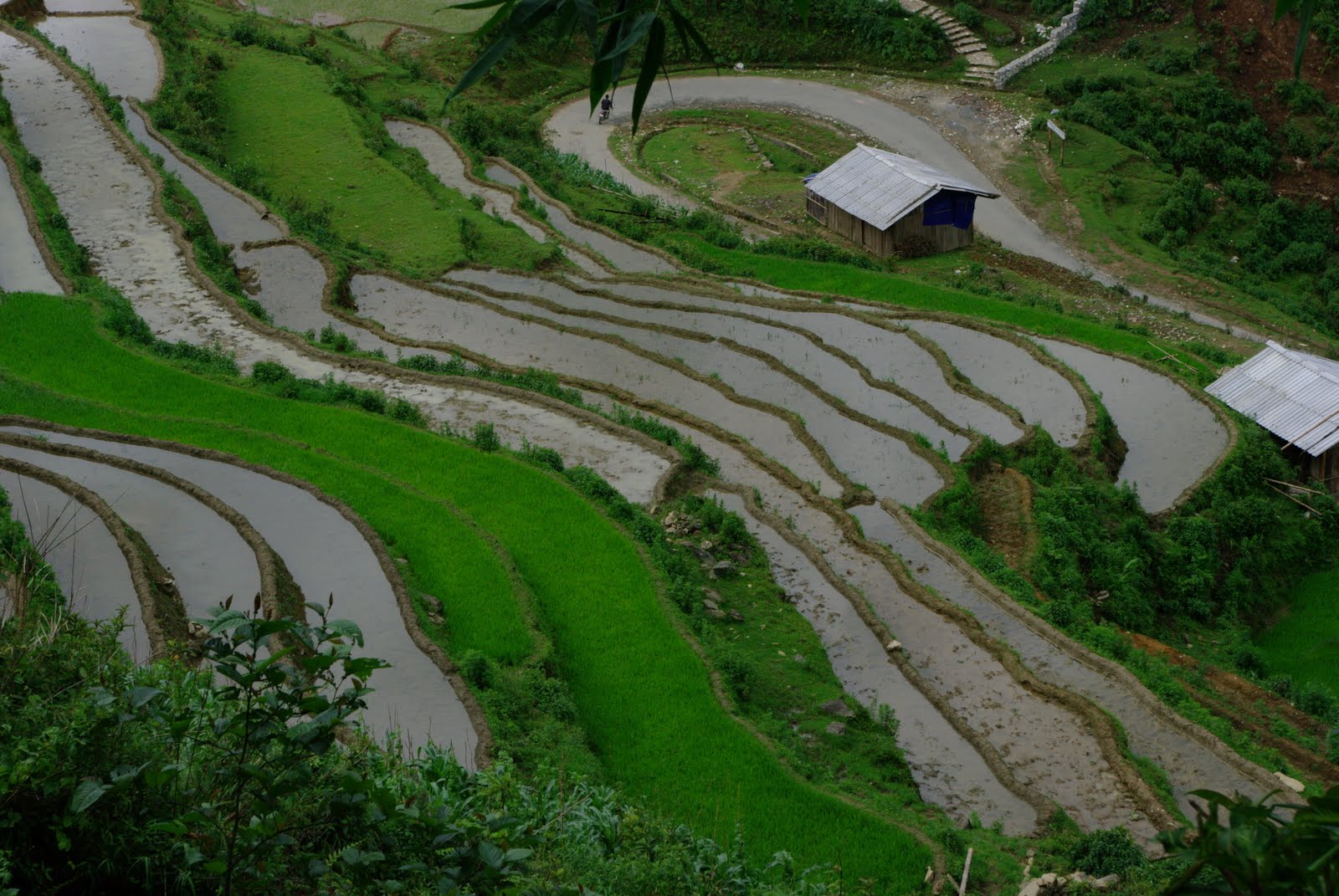 some of the terraced rice paddies that abound in this area…ground seems to be at a premium here, 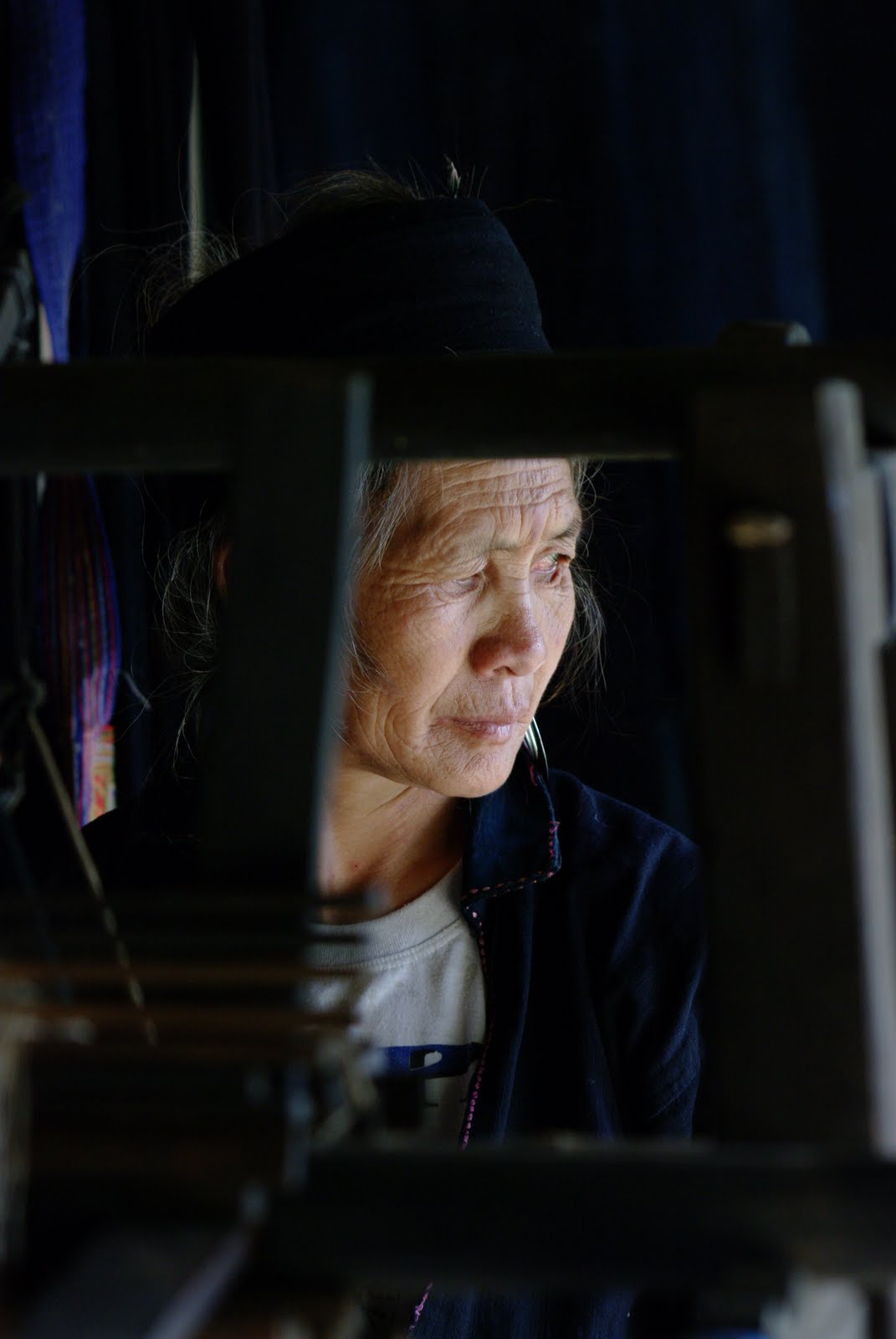 This woman was weaving traditional cloth and we were also able to look inside here home. 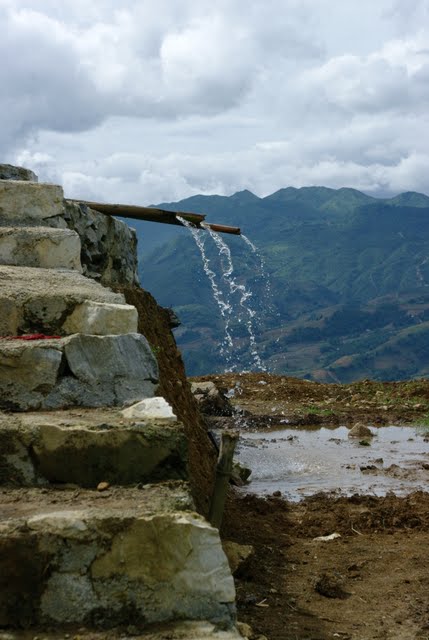 Irrigation is a major source of water for the rice fields.The bamboo run-off pipes help get the water where it is needed. 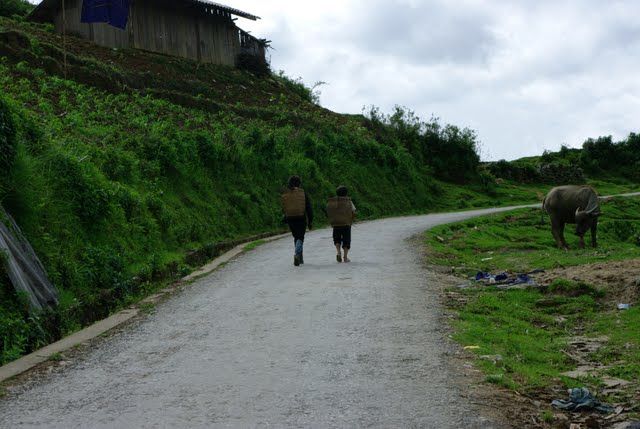 Two of the village youngsters heading back up the hill 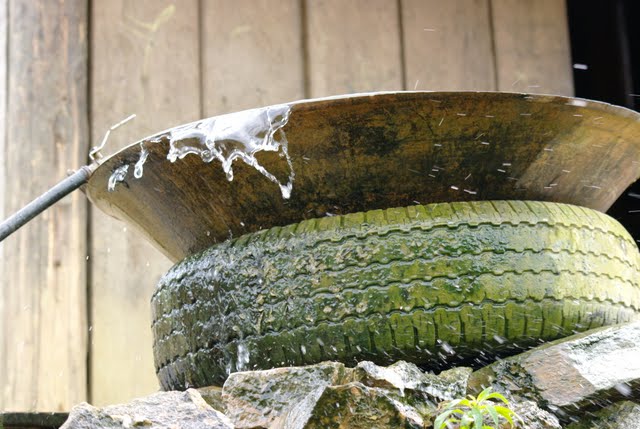 Water for drinking and washing… Although water mills are used for irrigation, this particular one is for show only I was told by our guide! 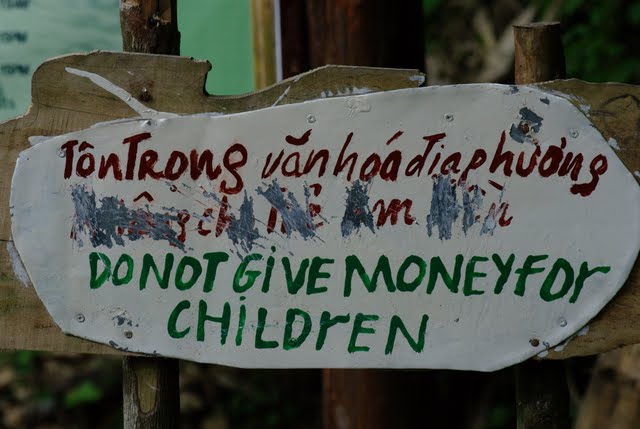 Tourits can give sweets or similar small gifts, money however causes problems. 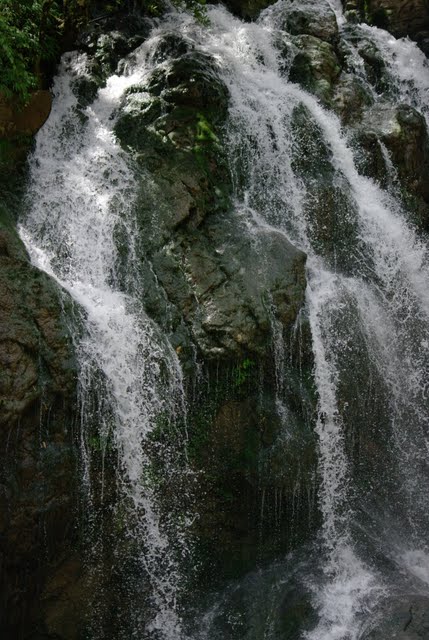 Part of the Cat Cat Waterfall… 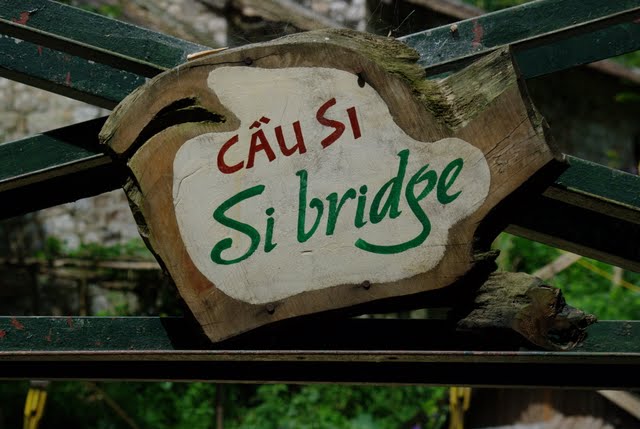 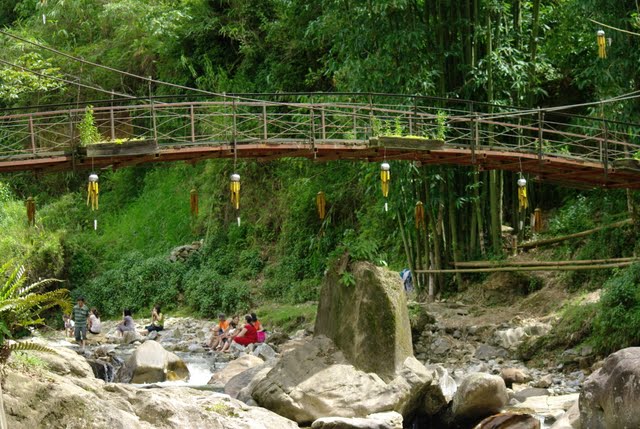 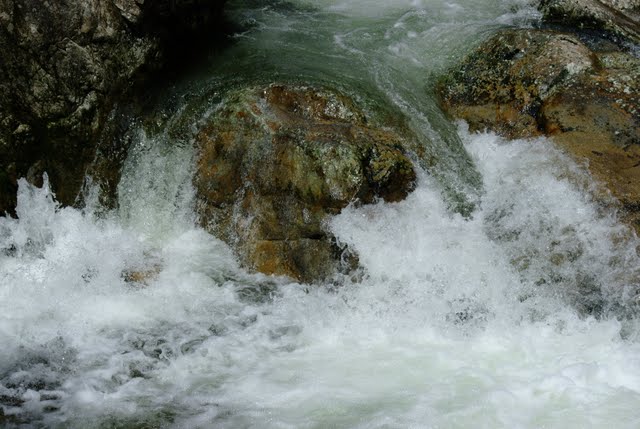 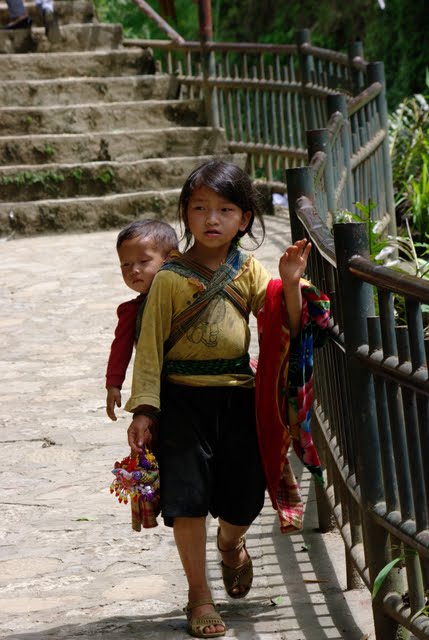 Plenty of children selling a variety of hand made(or sometimes not) goods. Mostly obtainable for $1.00… 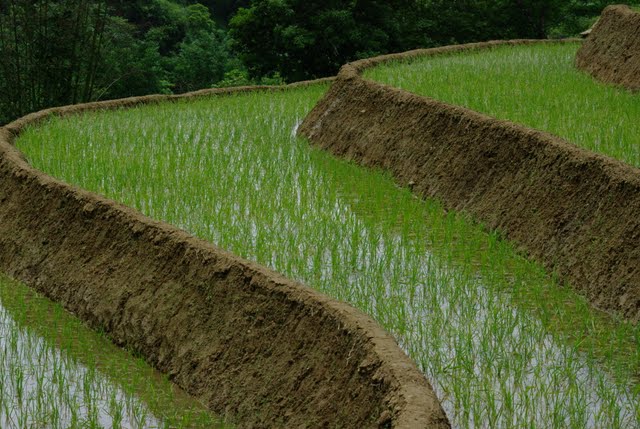 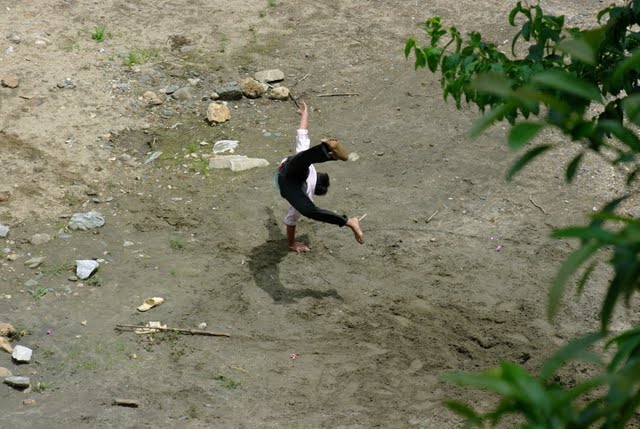 There was a group of guys having fun doing cartwheels in the dried part of the river bed. 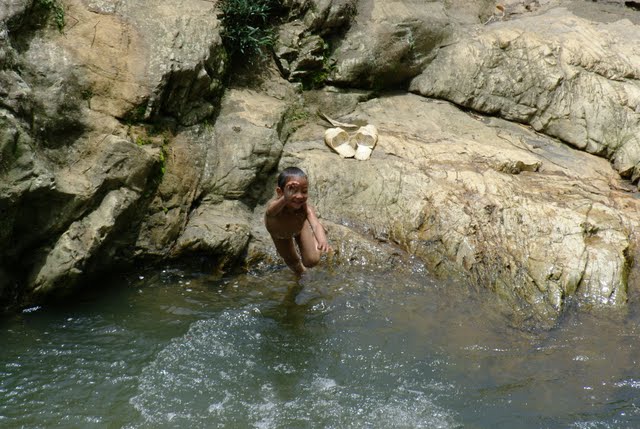 Close by in one of the rock pools another group of children were keeping cool in the mountain water. 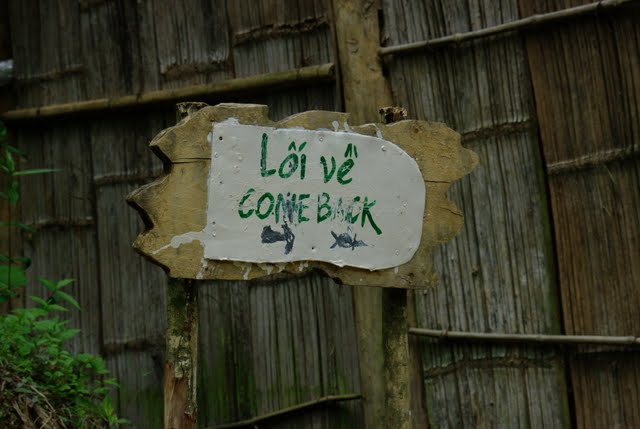 *WARNING*…The image below might upset sensitive readers.
I am hoping that this monkey, although caged was being kept as a pet…or at least a tourist attraction.
It’s eyes spoke volumes, which is why I shot this image 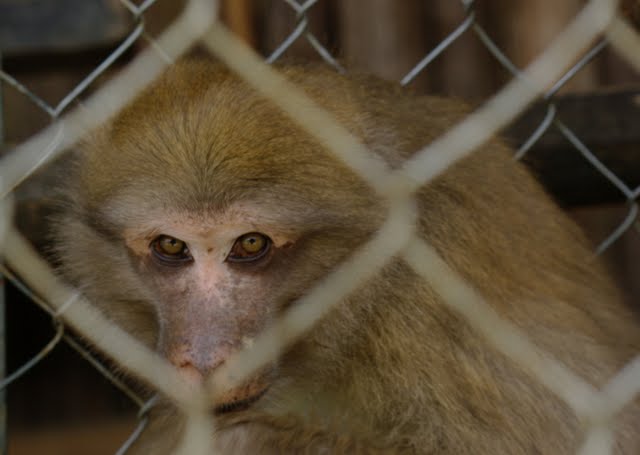